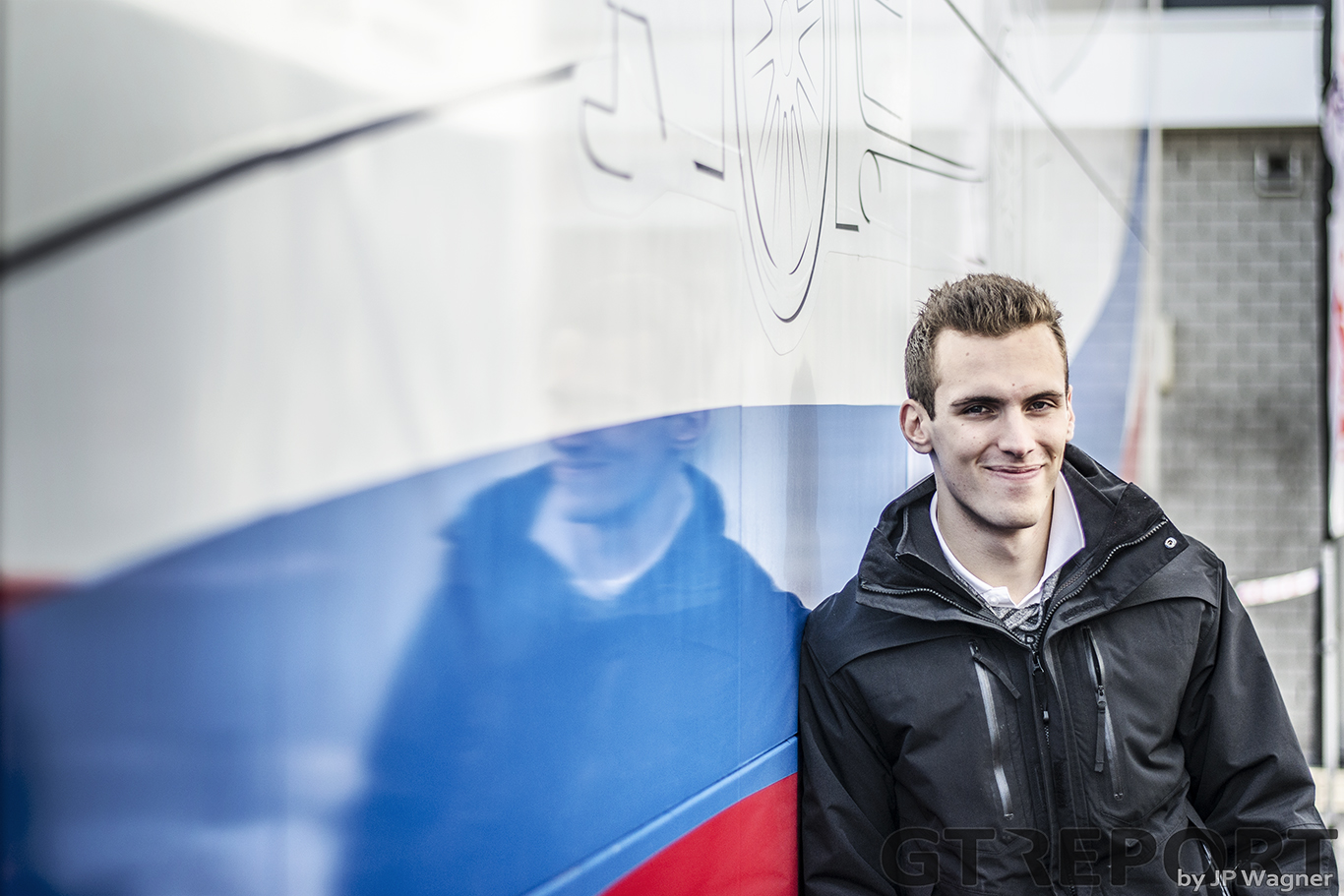 For most people, the Walkinshaw name will always have a special ring to it. Tom Walkinshaw was one of the most remarkable figures in motorsports, and his achievements are still cherished by many. His sons share the same untameable hunger for racing and followed in their old man’s footsteps, racing themselves and running several racing teams. One of them, Sean Walkinshaw, raced the Blancpain GT circuit for the first time in 2015. Here, the Belgian-Scot has found a place in motorsports where he wants to be. 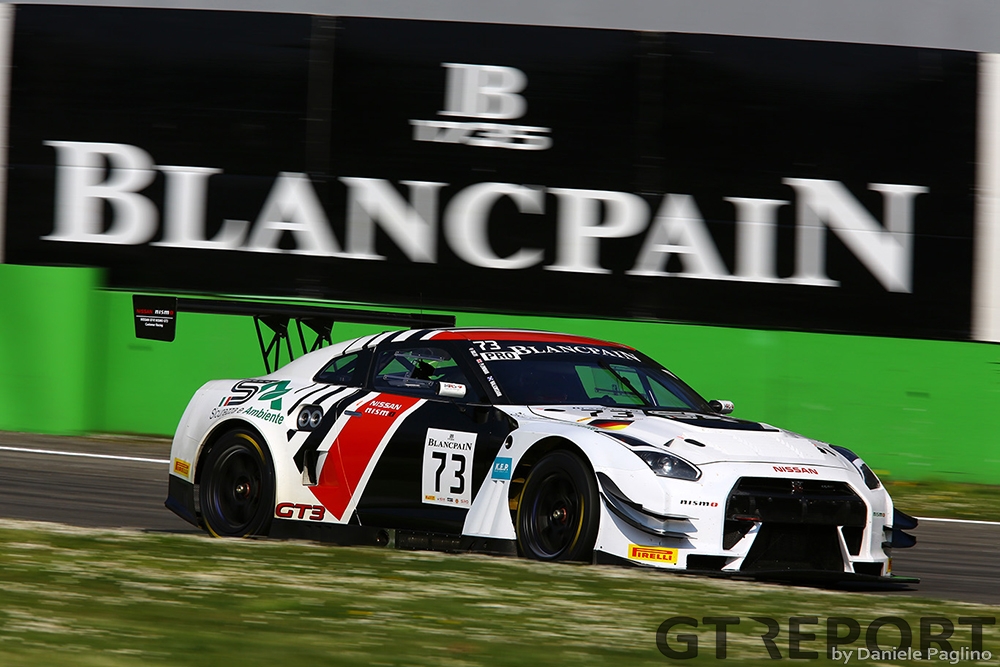 It hasn’t been the greatest season: hampered by bad luck, the young Walkinshaw missed out on many great results. But together with team mate Craig Dolby and the JRM Nissan team, he never gave up and stole the show in the last races of the season.

“I think the season has gone well,” a relaxed Sean Walkinshaw says in the Zandvoort paddock, where the Blancpain GT season has just come to an end. “Obviously it was a little bit disappointed at times. We should have been on the podium a little bit more, and then Spa was quite disappointing, to end the way it did, because I think we had a really, really good race pace. Probably could have been a quite nice result. 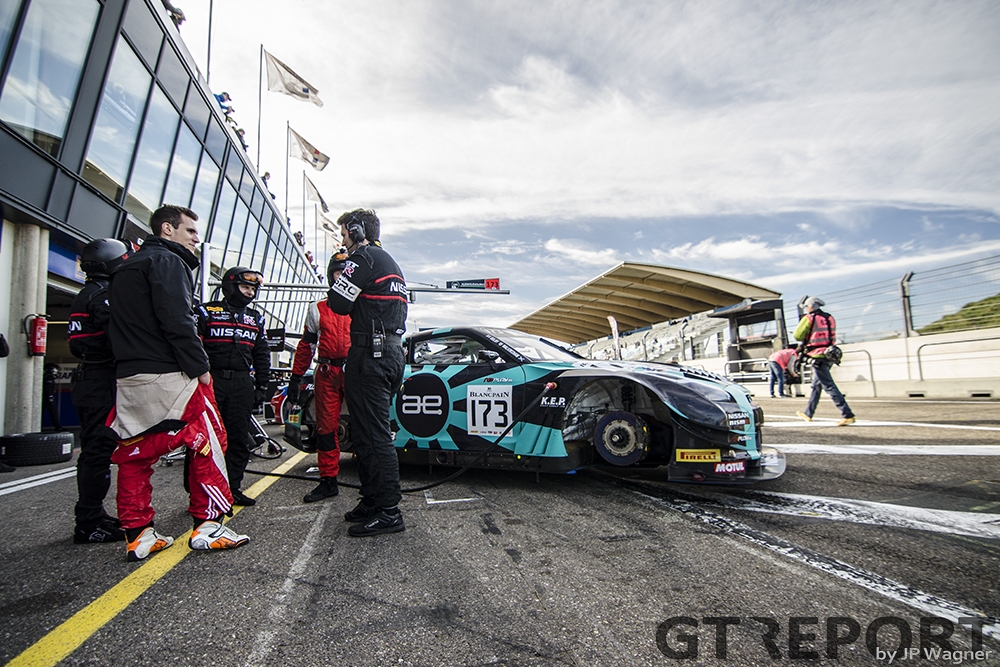 “But considering where we could have been at the beginning of the year… We had no idea: I have never had a full season in GT, and Craig had a small amount of experience in GT. So we were kinda going into the unknown and we didn’t know how well we were going to do. And then at the end of the year you look back and go: ‘We did a lot better than we thought, but then we could’ve done a lot better than we actually performed, we could’ve gotten a lot better results,’” Walkinshaw laments.

The turnaround came when Always Evolving Motorsports came on board. The North-American team showed to be a force to reckon with, competing for the win in the Blancpain Endurance Series season finale at the Nürburgring, and again showing the might of Godzilla in the Misano Sprint Series round. 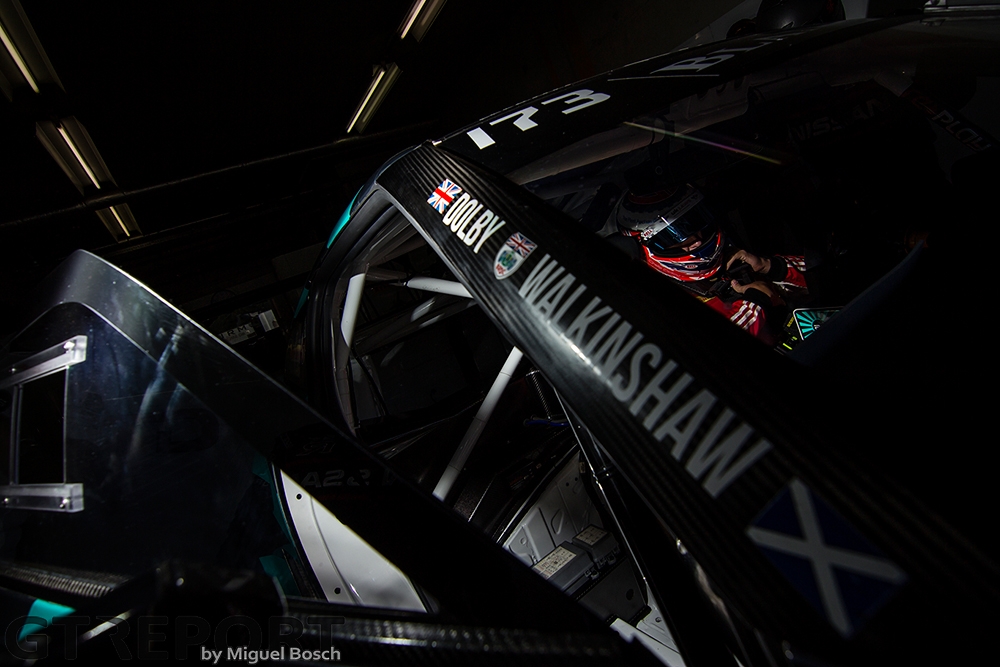 “The biggest change were the Always Evolving guys. They are a little bit more consistent. We did actually had quite a lot of bad luck at the end of the year. In the beginning of the year we were quick, but we struggled a little bit at times, whereas towards the end of the year we were always quick, and it was pit stops and safety cars just destroying our races all of the time. But we should’ve gotten a few more podiums this year, that is a bit unfortunate.”

Craig Dolby was never the problem. Sharing the car with the experienced Brit has been an excellent lesson for the 21-year-old.

“[Dolby] has got a lot of experience. He is very, very good under pressure, and is able to sort of manage to keep you calm in certain scenarios, which is really good to have.” 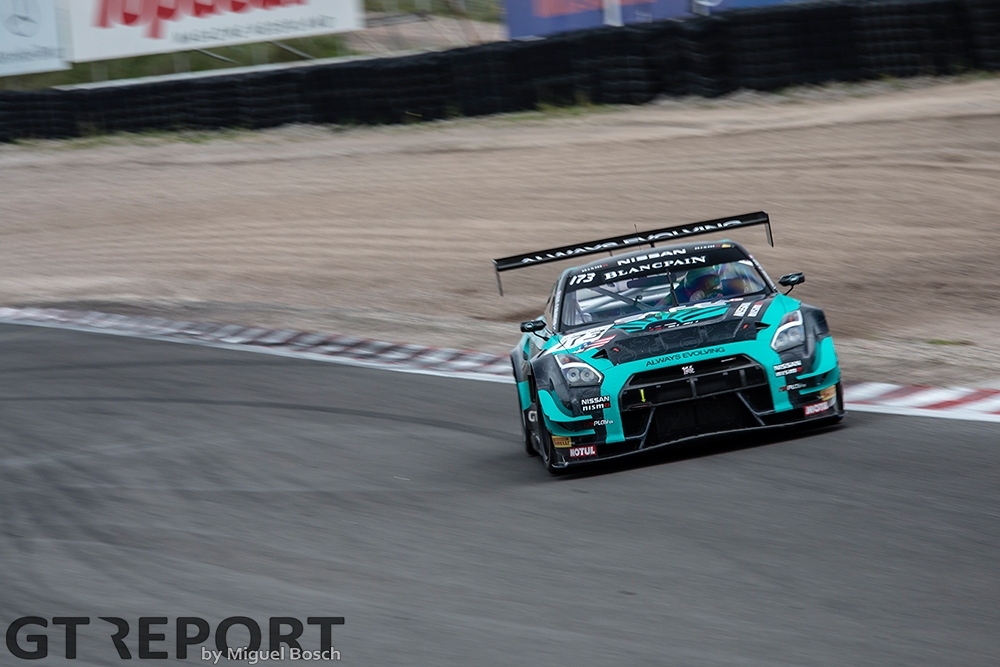 One of the duo’s trademarks in Blancpain GT was the drifting out of corners. With wide open technical regulations for GT3 comes a wide variety of cars with different characteristics. The Nissan GT-R Nismo is one of a few racers built for power rather than finesse, and it shows.

“The car has got quite a lot of torque, so it is struggling a little bit out of second gear corners. But then when you get to medium and high speed corners, that is where the car is really, really strong.

“It’s all about the Blancpain Balance of Performance. All the cars have that, and we struggle to get traction, but then we get it at medium and high speed corners. So it all balances it out. But, yeah, the Nissan does have a tendency of having a bit of car control needed.

“I think the main thing is the turbo. The turbo kicks in a little bit early, and then you just get a massive slide out of the corner. It’s just the tendency of the car.” 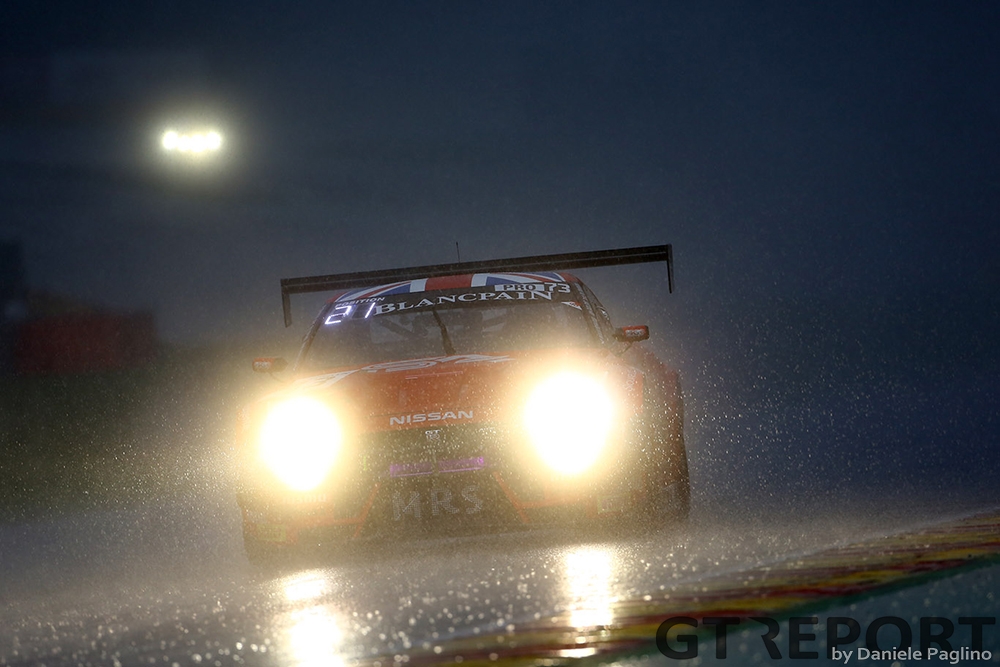 In addition to racing himself, he also runs his own team, Sean Walkinshaw Racing, currently competing in the British Formula 4 Championship. There’s also the family’s Holden Racing Team in Australia’s V8 Supercars, once started by his father and still going strong with brother Ryan at the helm.

“Me personally, I’m not [involved in running the Holden team], but my brother is in Australia right now, so he was out there this weekend for the Bathurst 1000, and he did really good, managing a third place.

“He is out there, looking after the team with Adrian Burgess, who is our team manager. They work very, very closely out there in Australia to make sure everything works well. 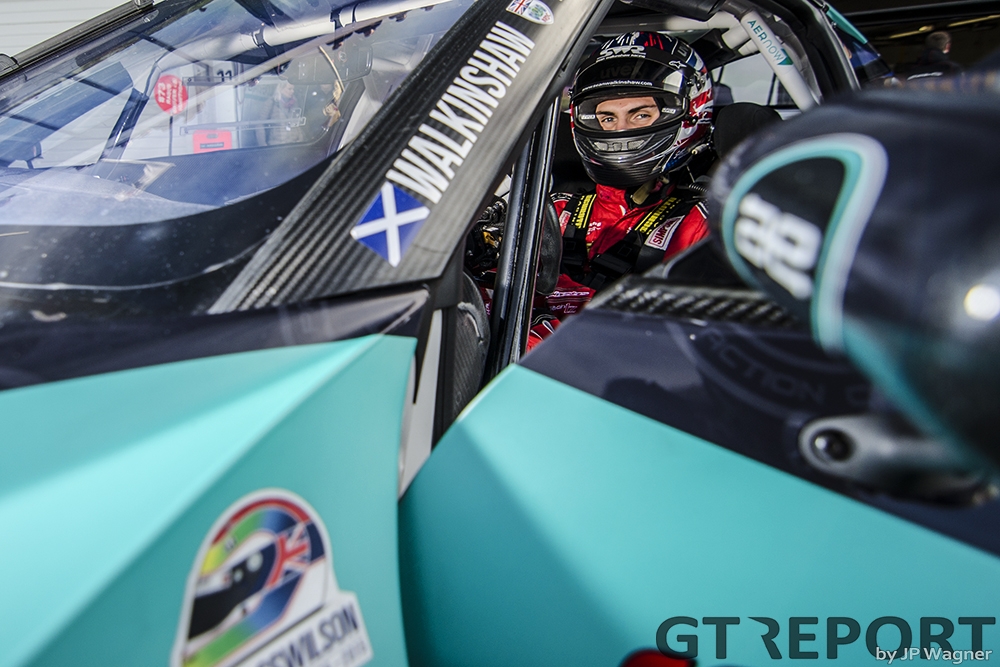 “And then I also have a race team in the UK, in the BRDC Formula 4 Championship. We’ve got new cars coming next year, and we’re trying to find drivers for next season.”

“At the moment, no,” is Sean’s clear answer when asked if he’d be interested in stepping into one of his family’s Holdens and race it in the V8 Supercars Championship. “It’s a very hard car to drive. A lot of drivers come out from Europe and then struggle to drive the V8 Supercars because they are very difficult to drive. And all the drivers have been there for so long, they know the cars so well and they know the tracks so well. It’s hard to get in there.

“And there’s no testing. There’s something like five test days a year, so they tent to reserve it for the drivers who are going to be doing the season, rather than bringing in a new driver. 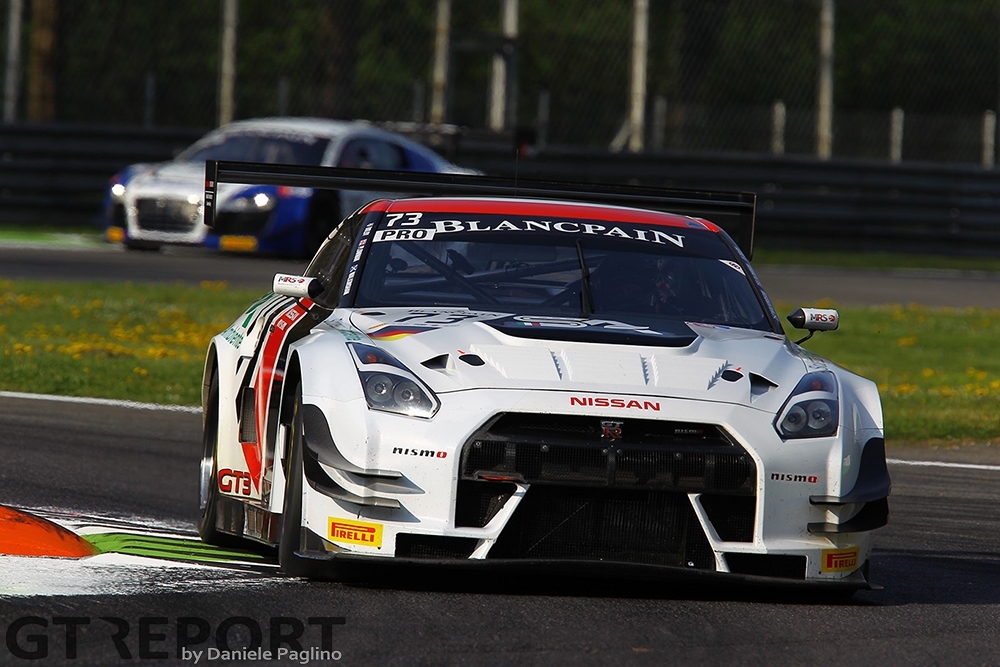 “So, hopefully, at the moment I’ll stay here and try and progress up the ranks and one day, maybe as a co-driver in Australia. At the moment I want to focus at GT racing in Europe.”

Having enjoyed his first full GT season so much, Sean Walkinshaw is eager to give it another go and apply all the lessons learned in 2015.

“The plan is to stay with Nissan next year and hopefully myself and Craig will be able to fight for the title. Now that we know how to race properly and how the GT-R works, we should be able to be a lot more competitive from the beginning of the year with the new tracks that we’re going to next year, which are more Grand Prix style tracks. That will help our car a lot more. 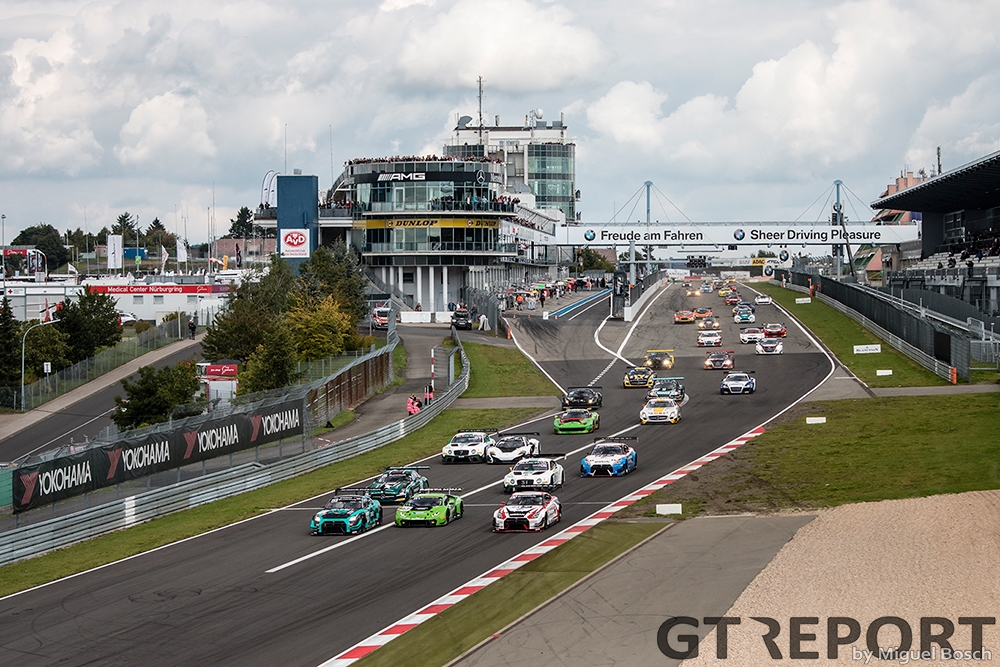 “Hopefully I get to stay with Nissan for a very long time, because it is a very competitive car and it has proven that this year by winning the Blancpain Endurance championship. And we have proven that it can work on the smaller tracks, which everyone thought was stupid and would never be possible.

“And at times we have been very quick, just did not had the luck.” 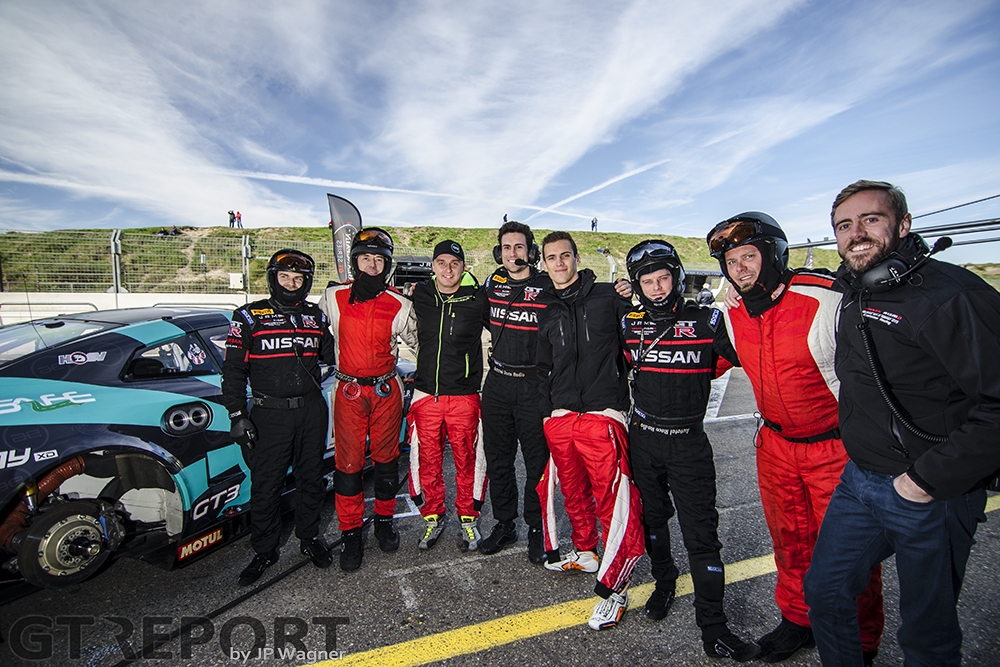 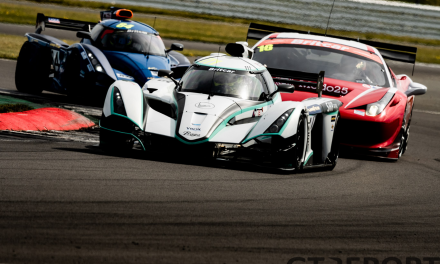 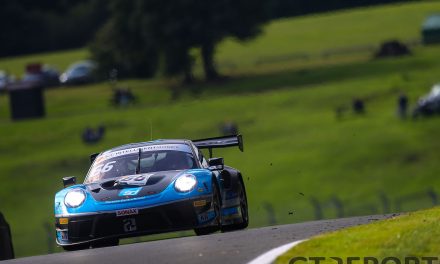