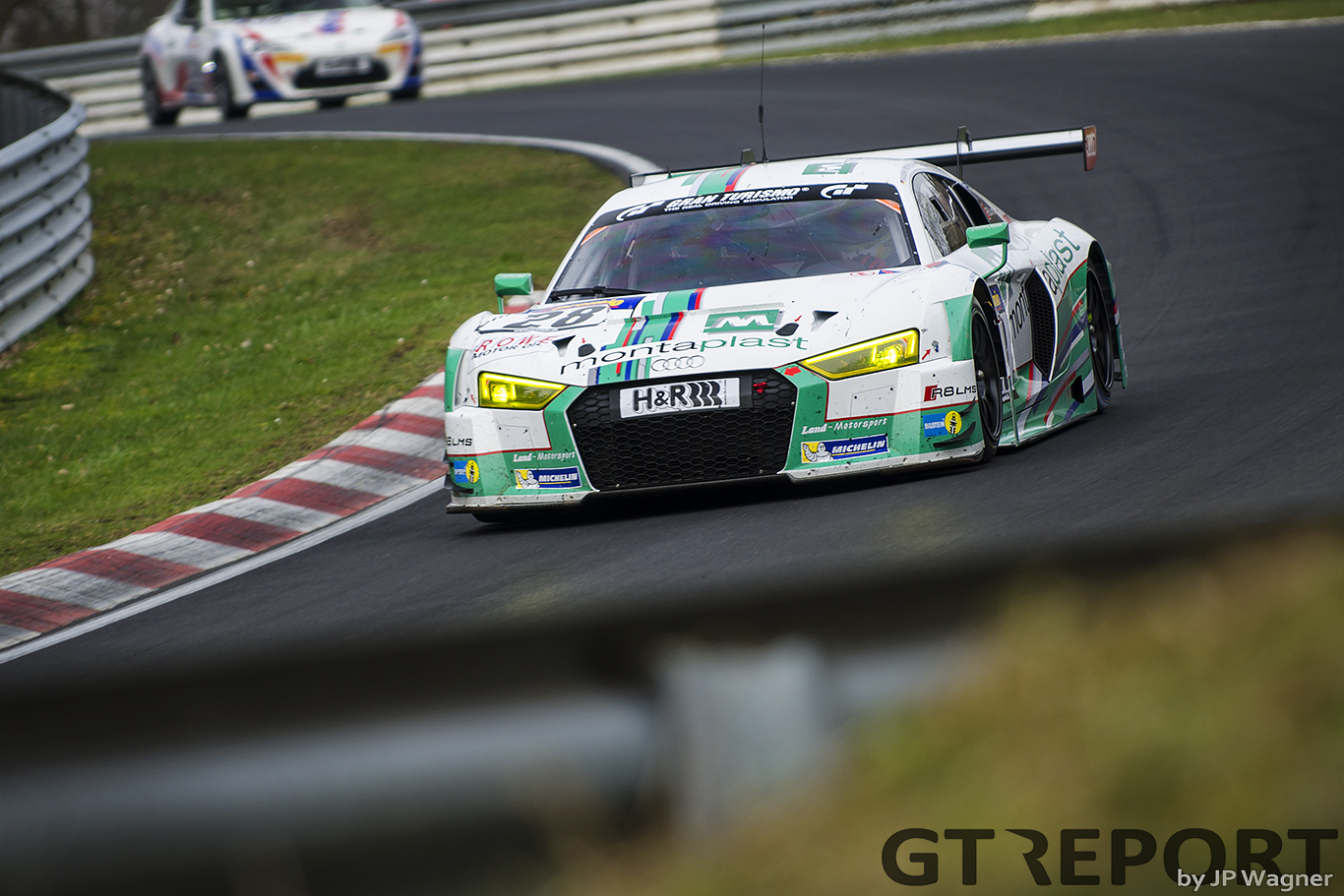 When Connor De Phillippi came to Europe in 2013 as a Porsche Junior the ultimate goal was to become a full worksdriver for the German sportscar manufacturer. In racing as in life, though, things don’t always turn out the way you wish they would. Such was the case for the young American, who left the program at the end of 2015 without a promotion. But packing up and going home wasn’t an option. So when Land Motorsport came to ask if he would like to join them for a season-long campaign sharing the car with star drivers Marc Basseng, Mike Rockenfeller, Timo Scheider and Christopher Mies, the decision was an easy one to make.

Choosing De Phillippi to join the team in its new GT3 campaign was only natural. The racer from California had worked with Land the year before in the Porsche Carrera Cup Germany where he quickly felt at home.

“I had a very good relationship with Land in the Carrera Cup and we had really amazing partners and sponsors in this program, we all get along very well,” De Phillippi recalls. “When they gave me the opportunity there was no question: I would much rather drive with my family here—I call them my family because they really are, they treat me like their third son. As a race car driver it’s one thing to race as much as possible, but if you can race for a team where you feel like you’re part of a family and you can really enjoy yourself, it makes it that much more special. So when I had this opportunity, I said ‘yes’ right away and never looked back.” 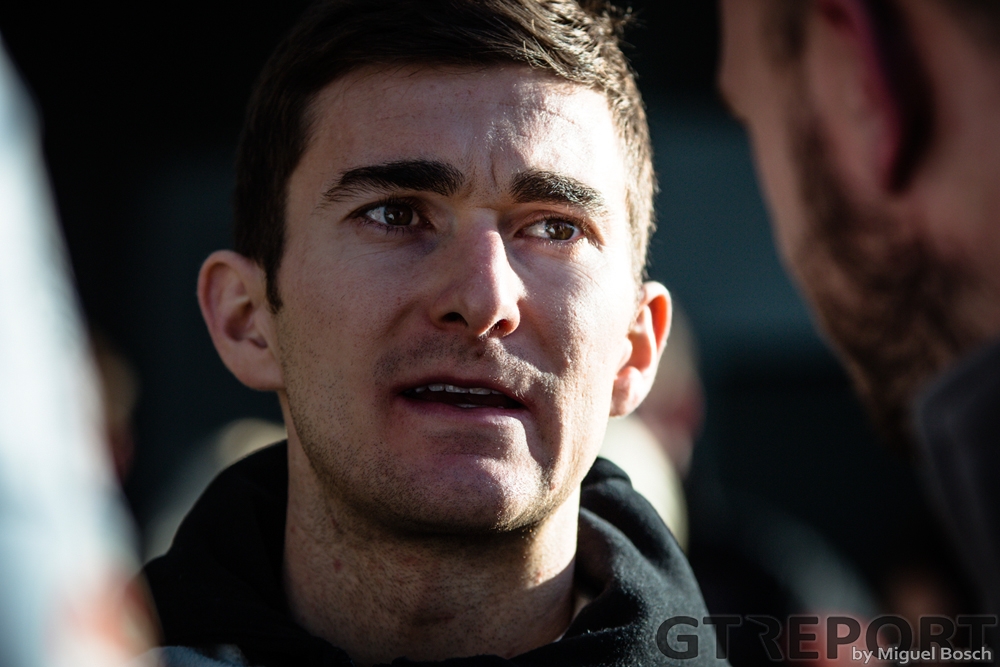 Last Saturday the Nürburgring-part of the program started with the first VLN race of the new season, and it did so with a bang: after taking pole position in the morning the squad from Niederdreisbach went on to lead the first part of the race en route to fifth place.

For his teammates, racing GT3-machinery on the Nordschleife is business as usual. But for De Phillippi it’s a whole new game. Having never even driven a GT3 around the Nordschleife and seeing Friday practice cancelled only minutes into the session, the 23-year-old would have his first taste of the Green Hell in a GT3 on race day.

“I only drove the Audi for two laps during qualifying and that was my first time driving the car here on the Nordschleife. My race stint was more like a practice for me. Every lap I was learning a lot and I went quicker and quicker. I really had fun. The car was really strong and the handling was very nice. It’s just incredible: the amount of grip, downforce, power and how late you can brake. It’s a real machine and to have my first go at it this weekend is real special.” 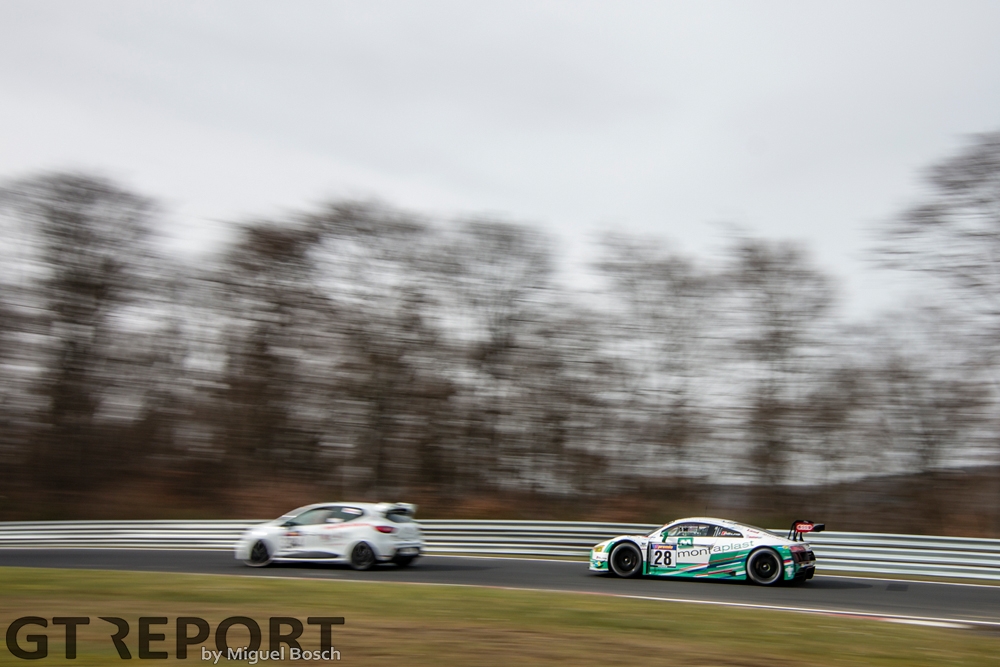 While new to racing a GT3 around the Nordschleife, De Phillippi is no newcomer to the track itself. In 2015 he rose to the occasion in the Frikadelli Racing Porsche 991 GT3 Cup, single-handedly bringing the fight to SP7-powerhouses Manthey Racing and Black Falcon. That battle experience comes in handy when De Phillippi gets into the car for the final stint. Just ahead of him is the Bentley Team ABT Continental GT3.

“I was behind the Bentley when he had some contact and his right front bumper started dragging on the tyre. There was a lot of smoke and I wasn’t sure if he was gonna get a puncture and there was gonna be a big crash, but he kept fighting with me for the whole lap. That was probably the most spectacular part of the race because my heart rate was up a bit as I wasn’t sure if he was gonna blow a tyre or what the car ahead of me was gonna do. That’s always a bit risky, but on the last lap I overtook him on the entry to Döttinger Höhe and there was no crash, that’s always good.”

Now it’s onto Oschersleben for the première of the ADAC GT Masters season. There De Phillippi shares the Audi with worksdriver Christopher Mies for a full-season assault. Meanwhile, that first outright victory in VLN is calling.

“I can’t wait to drive the whole season with the team. Obviously they have a lot of history here, which is also very special, and I hope to be Marc Basseng’s teammate on his twentieth victory with the team. That will be really special. If we can manage to do that this year, that would be great.” 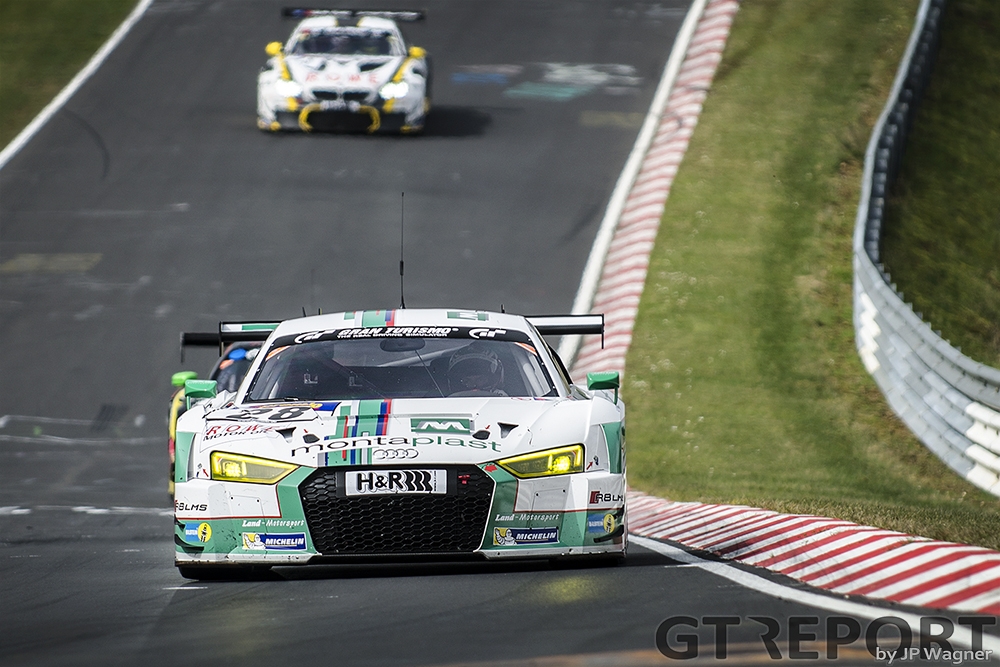 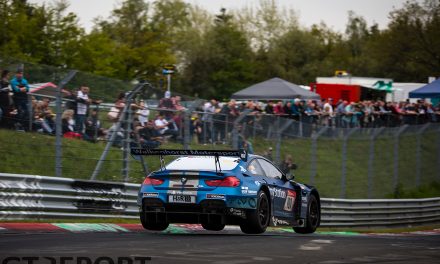