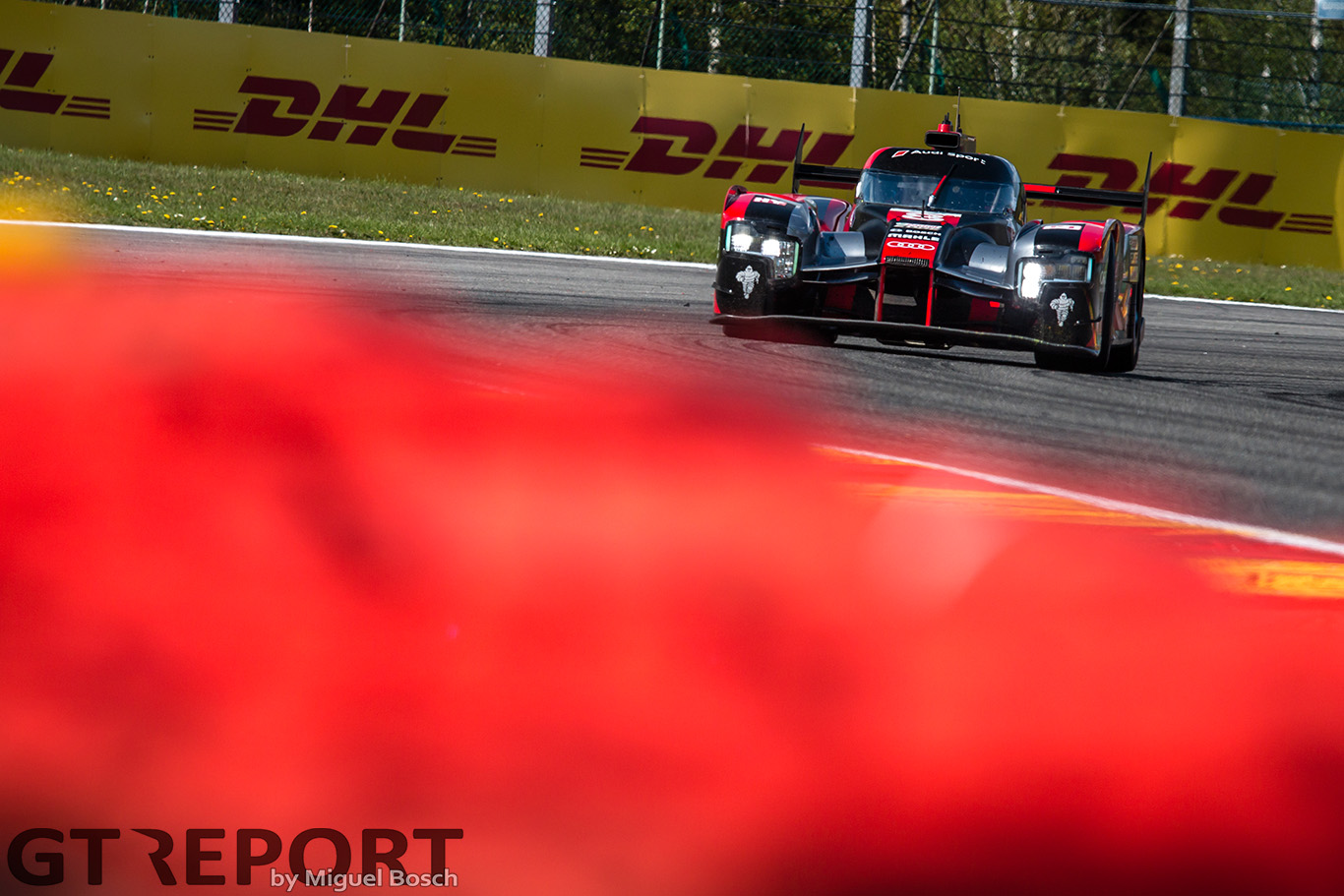 It was bound to be a tough day in the Ardennes. With just one more race before the 24 Hours of Le Mans, teams, drivers and manufacturers had only the Spa 6 Hours left to rehearse for the biggest race of the year. Making up for their mistake and subsequent disqualification in the FIA World Endurance Championship season-opener in Silverstone, Audi took their first win in over a year, but were helped by the attrition that marked marathon.

It’s been a long time since all three manufacturers in LMP1 were equally strong. Last time out, in Silverstone, Toyota had a dreadful weekend and only lucked into a podium finish and the manufacturers’ World Championship lead due to the other top contenders dropping out. In fact, the German-Japanese squad hasn’t been a frontrunner since winning the championship in 2014. Audi, on the other hand, has always been fast, but were overshadowed by Porsche last year when the Stuttgart manufacturer won the 24 Hours of Le Mans and all races afterwards. 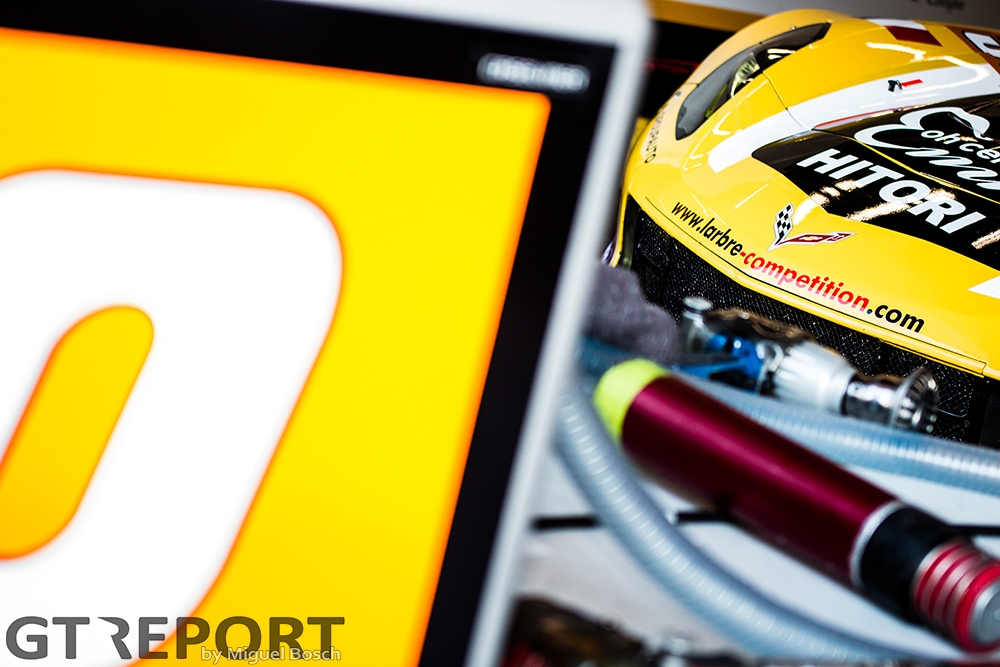 The first sign of Toyota going for the win came before race weekend had even arrived. The team from Köln had opted to go with a high-downforce aero-package as also used in Silverstone, but which it won’t be sporting at the high-speed Le Mans track in June. Spa being the dress rehearsal for the France classic, Audi and Porsche went with their Le Mans set-up, giving Toyota the opportunity to close the gap.

At 18:30 in the evening, four and a half hours into the race, Toyota has done more than just close the gap. The TS050 Hybrid with Kazuki Nakajima behind the wheel is over a minute ahead of the chasing Audi R18 e-tron quattro of Oliver Jarvis, who shares the car with Lucas di Grassi and Loïc Duval. Audi are just happy to be where they are, having struggled through qualifying day with a car that isn’t producing the grip needed during the warm May weekend. A trouble-free race has already brought them this far. 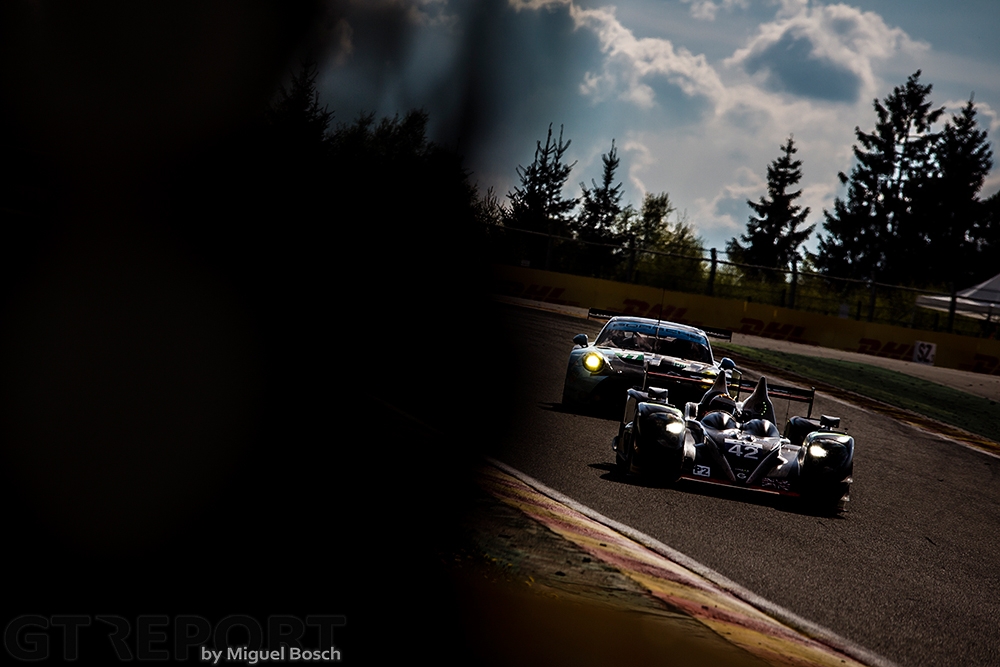 Having double-stinted his tyres, Sébastien Buemi moved into the lead after the first round of pitstops, overtaking the pole-winning Porsche 919 Hybrid of Brendon Hartley, Timo Bernhard and Mark Webber by strategy. The number 1 Porsche did fight back, but a puncture for Hartley and then for Webber, followed by a long repair, took away any chance they had to take the victory. Also Di Grassi in the number 8 Audi placed an attack on the race-leading Toyota, but even the Brazilian wasn’t able to hold on to first place with the fast Toyota quickly taking back the top spot.

Now, as the race is approaching sunset, Nakajima is in the car. All seems to be going Toyota’s way. The team hasn’t ran this strong in a very long time and despite problems with the sister car of Mike Conway, Stéphane Sarrazin and Kamui Kobayashi, the number 5 is enjoying a flawless day. 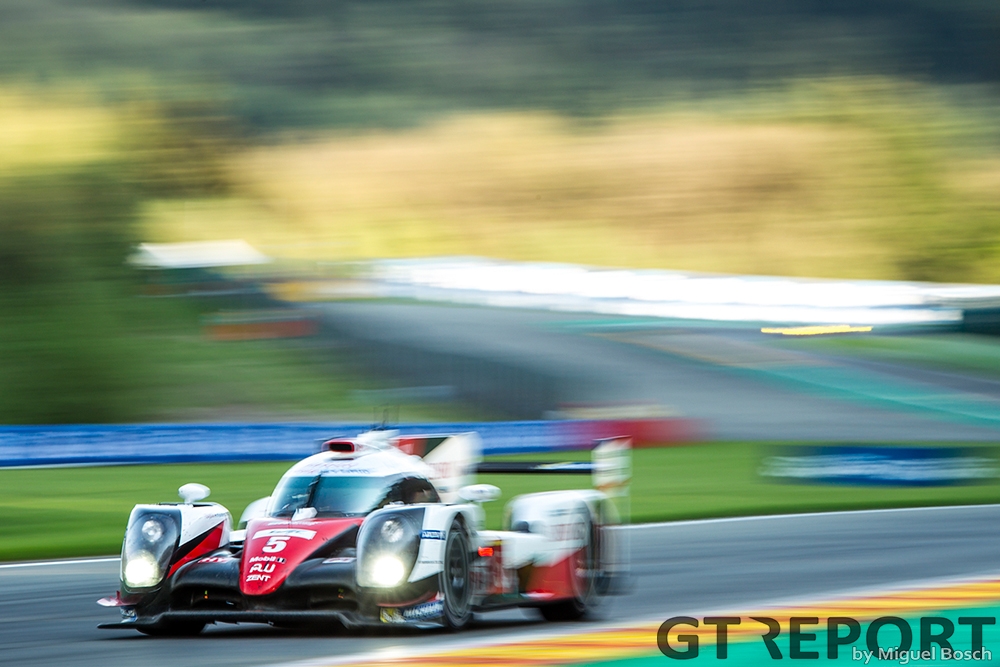 That all changes in the blink of an eye when the engine goes bang and Nakajima brings the car into the pits with a cloud of smoke trailing the car. An engine failure brings an end to what should have been a good day for Toyota. Remarkably, the TS050 does return to the track in the final minutes, using only its electro-motors to take the chequered flag and important championship points, before it comes to a final stop on the cool-down lap.

Oliver Jarvis inherits the lead and doesn’t let go onwards to taking Audi’s first WEC victory since last year’s Spa 6 Hours. Laps behind the Brit finishes the battered Porsche 919 of Romain Dumas, Neel Jani and Marc Lieb. Although unscathed on the surface, beneath the bodywork lays a broken hybrid system that’s only working sporadically. Rebellion Racing picks up the pieces like the Swiss privateer team did in Silverstone and moves into third and fourth place, again scoring big points in the championship when others fail. 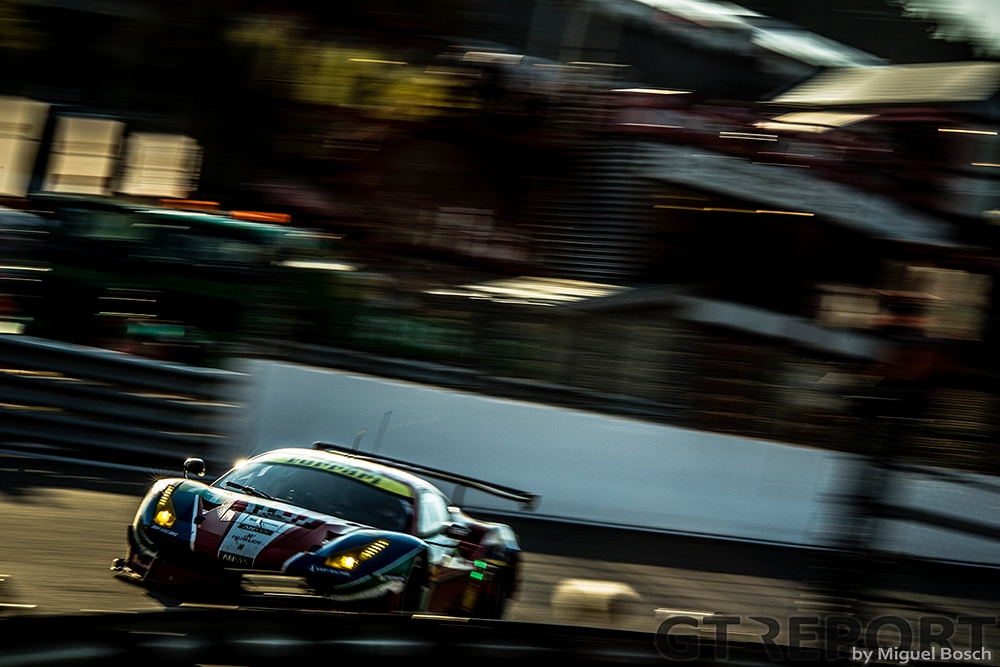 In the GT class AF Corse takes another victory. A sure one-two victory slips through the Italian squad’s fingers, however, when James Calado is forced to bring his Ferrari 488 GTE into the pits and into retirement within minutes of the end. The Brit and co-pilot Gianmaria Bruni had been leading all day and looked set for their first and AF Corse’s second one-two win of the season. Sam Bird and Davide Rigon move up to first place to bring home their second win in just as many races.

With lessons learnt in Francorchamps, the next stop is the Le Mans Test Day in the first week of June, before the championship returns for the 24 Hours on 18 and 19 June. 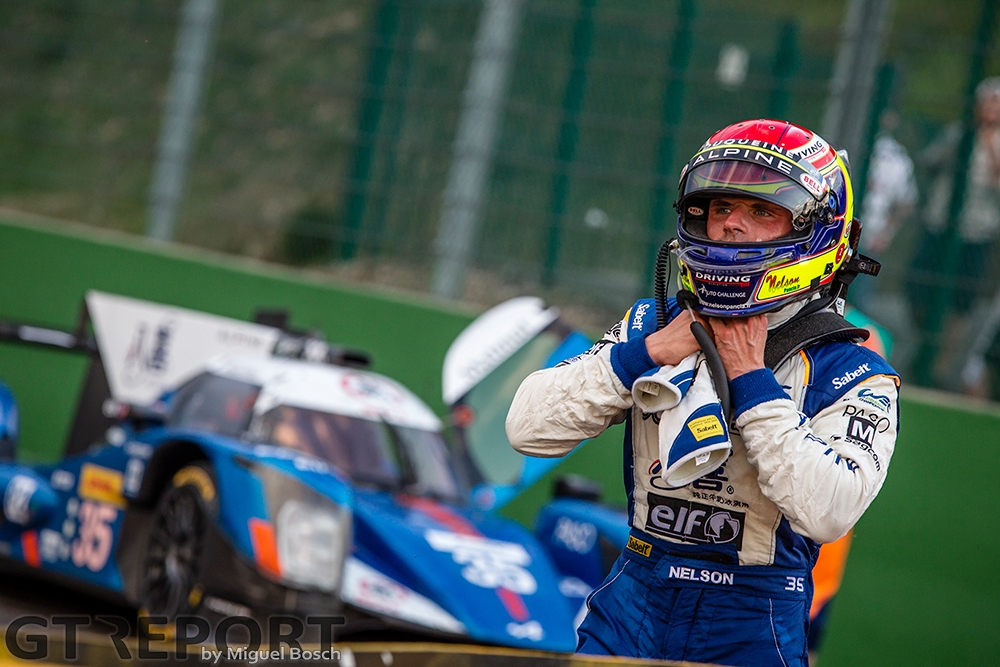 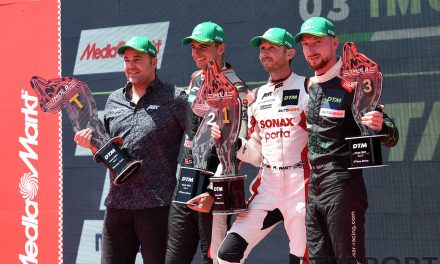 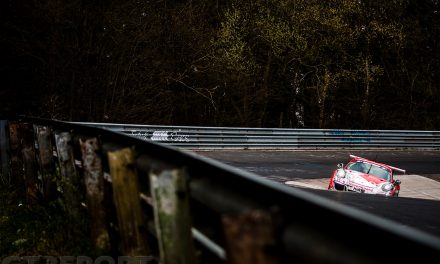