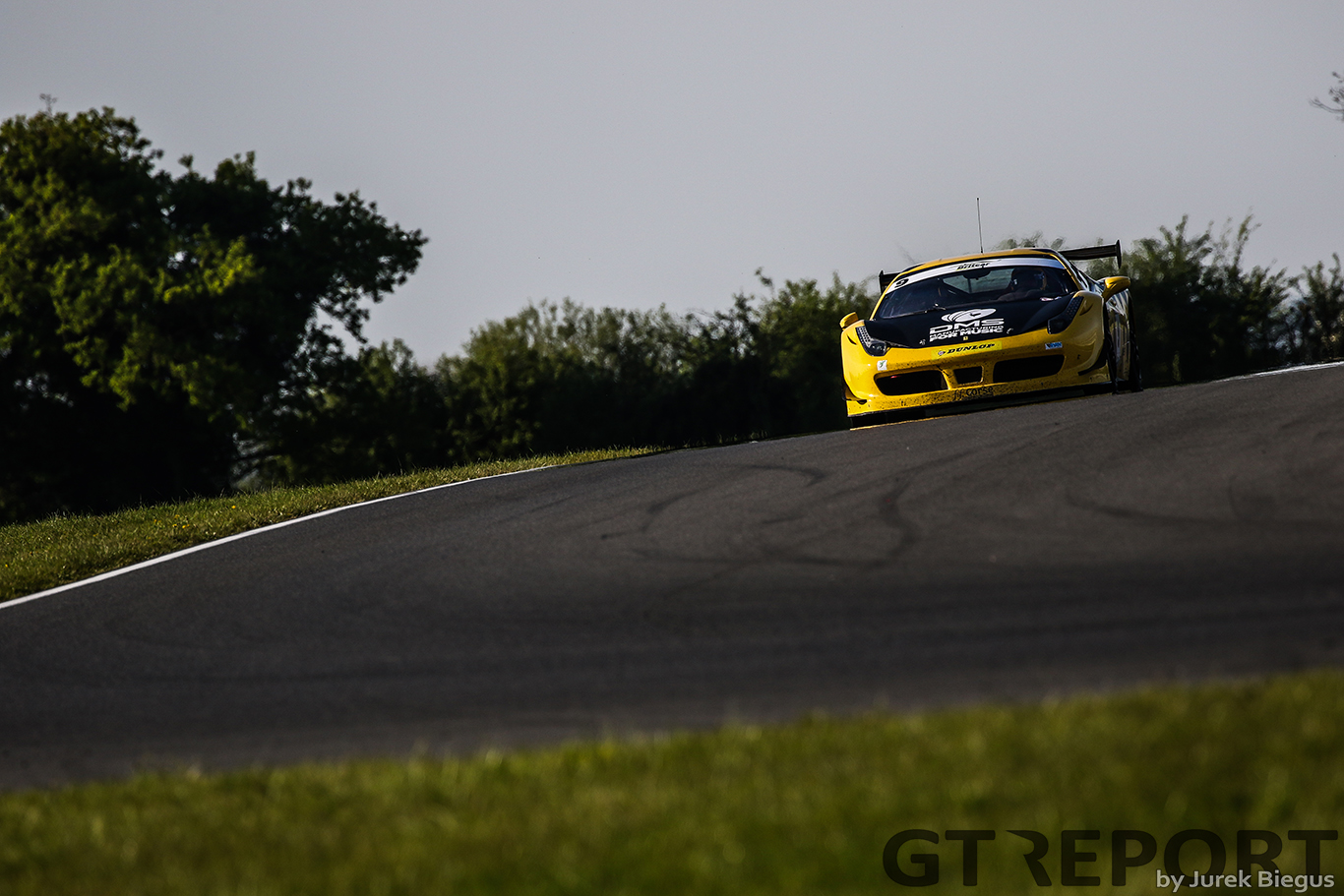 Veteran racer Mike Wilds proved that age is definitely not slowing him down with victory at the Britcar Dunlop Endurance Championship at Snetterton. The 70-year-old former Formula 1 driver teamed up with his son Anthony in the FF Corse Ferrari 458 Challenge to grab the win in a close four hour race.

Having traded the lead several times with the NGMSport Mosler MT900R and Holden Autosport Renault RS01 over the final two hours of the race, Wilds’ FF Corse Ferrari crossed the line just 3.8 seconds ahead of the Renault. With Andrew McKenna aboard, having taken over from Nick Holden, the Renault made a late pit stop for fuel and with less than twenty minutes remaining was able to catch and pass the Mosler of Javier Morcillo and Manuel Cintrano. 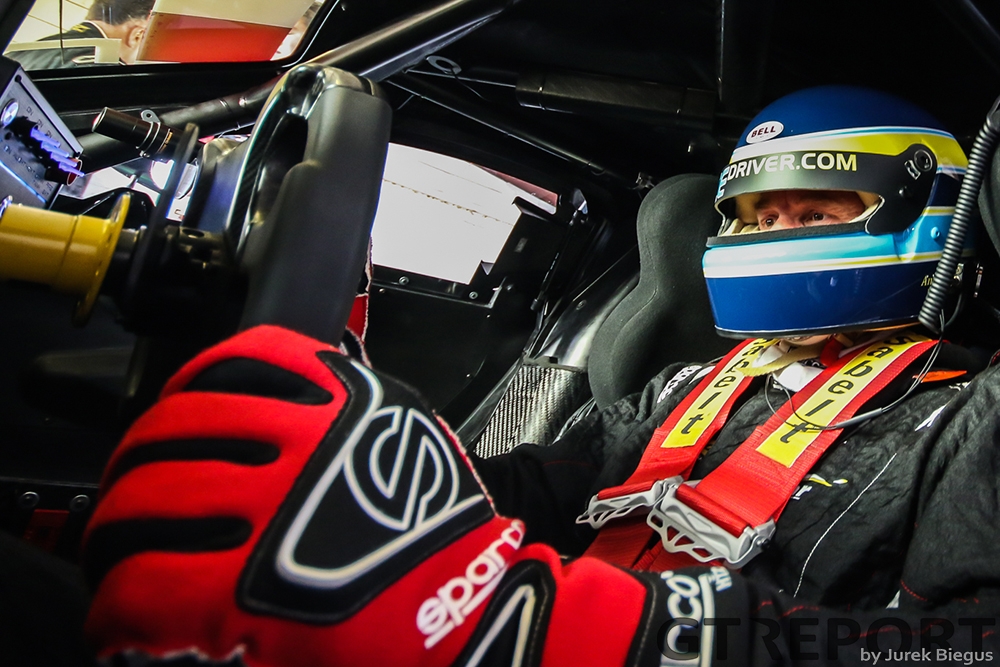 A second third place finish in consecutive races was a bitter pill for the Spanish Mosler duo, who had led the majority of the race with Morcillo building a 45 second lead in his first stint. His hard work was undone following a second pit stop under the safety car which transgressed the rules. The team stopped for one churn of fuel before returning to the pits one lap later for a full stop. The rules state that only one stop is allowed under safety car conditions and although the safety car had entered the pitlane with the Mosler and several others following, the period is not deemed to have ended until the safety car crosses the line in the pit lane. As a result, four cars, including the Mosler, received a 90 seconds stop-and-go penalty which was enough to cost the Spanish duo the race. 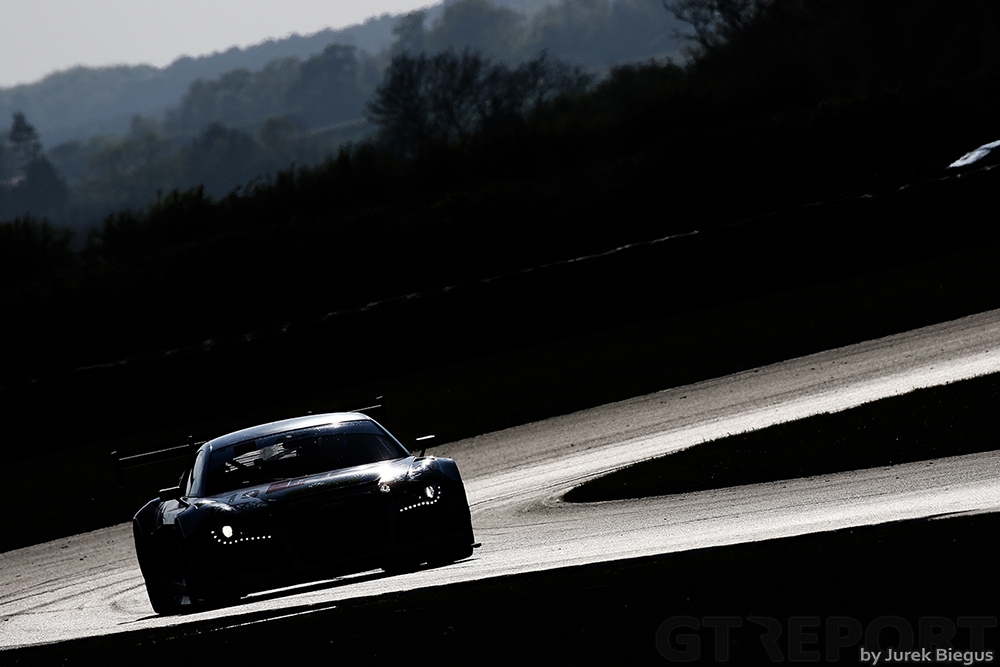 Also having a bad race were the Silverstone winners Tockwith Motorsport. A fire in the Audi R8 LMS ultra GT3 left Phil Hanson and Nigel Moore stranded at the side of the Bentley Straight, before being recovered to the paddock where the car was stripped and repaired ready to return to the track many laps down.

Johnny Mowlem and Bonamy Grimes improved on their Silverstone result by completing more than one lap, however, Mowlem spent his stint driving around a crank sensor problem in the Ferrari 458 Challenge. He handed over to Grimes who didn’t get to drive at Silverstone and very nearly missed out again when an oil slick at the final chicane saw him leave the track, destroy a trackside sign and give a glancing blow to the Armco. The resulting suspension damage saw fourteen laps lost in the pits, but thankfully the FF Corse team were able to return the internet entrepreneur back to the track to complete the race. 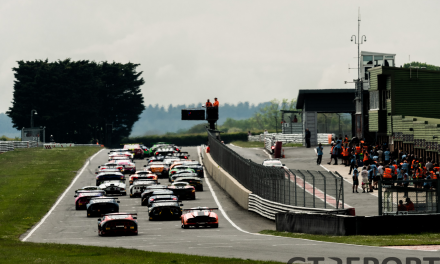 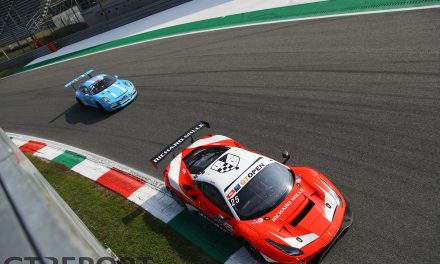