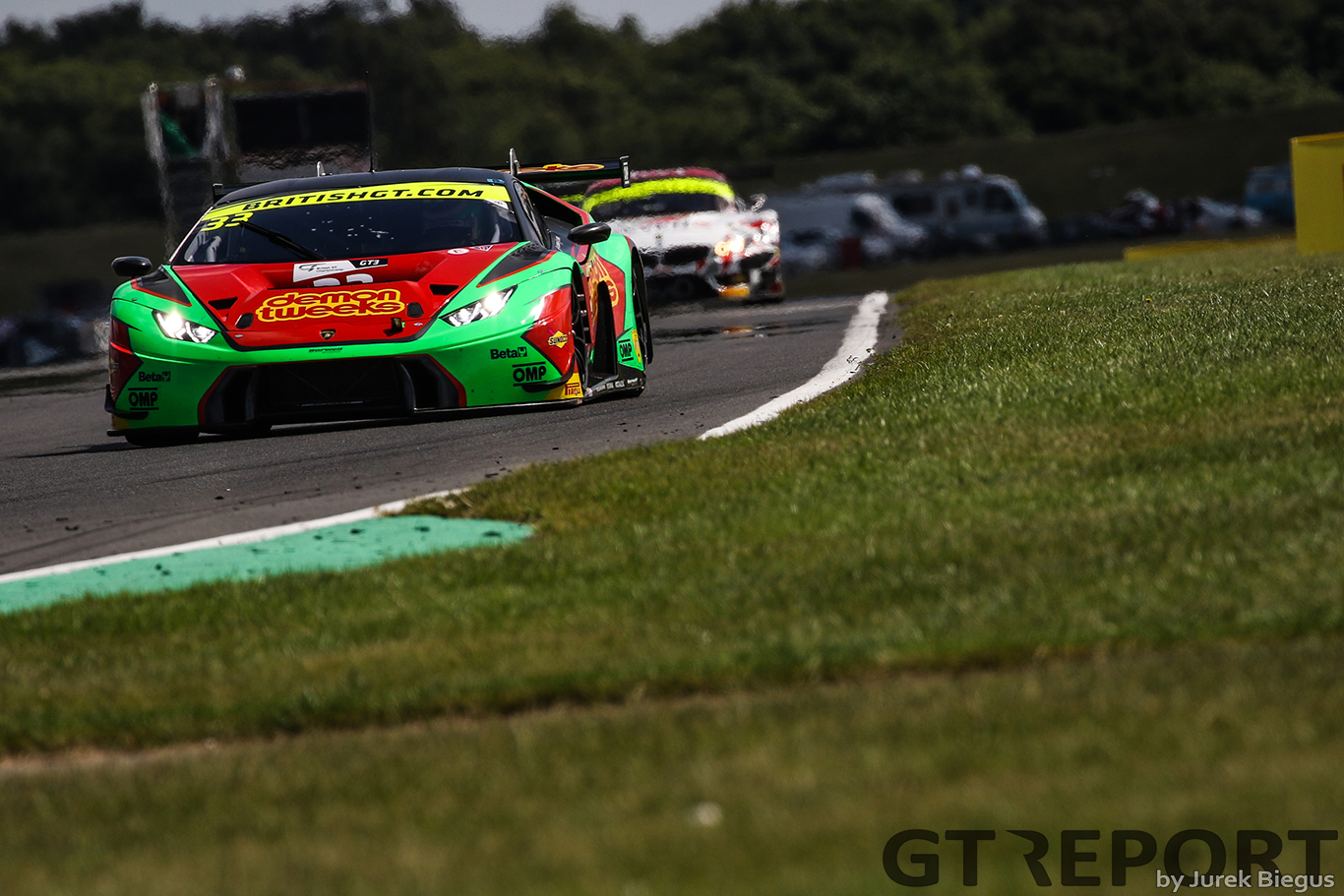 A double victory for Phil Keen and Jon Minshaw at Snetterton saw the Barwell Motorsport Lamborghini Huracán GT3 team leap to the top of the points table with just one round remaining. They demoted the TF Sport Aston Martin V12 Vantage GT3 pairing of Jonny Adam and Derek Johnston who have led the championship since the season opener at Brands Hatch, but whose title challenge now seems a little shaky.

Race 1 saw a close race and an impressive charge from the ageing BMW Z4 GT3 of Lee Mowle and Joe Osbourne, in which Osbourne closed in on the Barwell Lamborghini of Keen in the closing minutes of the race before attempting an overtake at the Bombhole. It resulted in the slightest of touches, but was enough to put the Lamborghini off the track and hand the race win to Osbourne. However, a post-race thirty second penalty for avoidable contact gave the top result back to Keen to register his first win of the weekend and only the second in the championship this year. 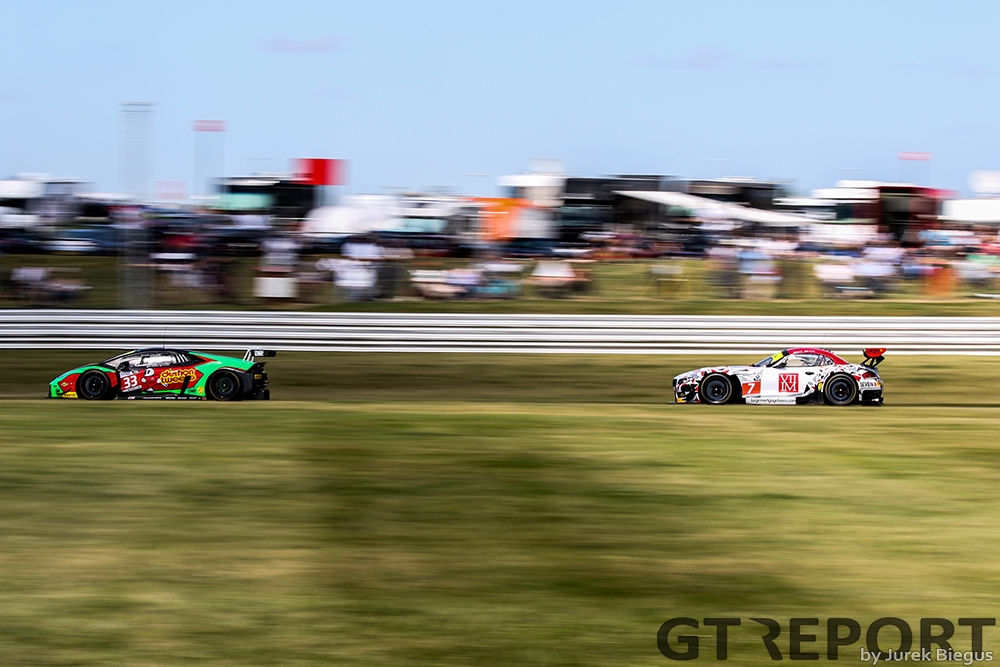 The second TF Sport Aston of Mark Farmer and Jon Barnes started from pole, but a ten second success penalty following the Aston Martin racers’s victory at Spa-Francorchamps meant the car only managed to take second place, ahead of the Team Parker Racing Bentley Continental GT3 of Rick Parfitt Jr. and Seb Morris who were also dealing with a success penalty as a result of their second place in the Ardennes. The championship leading TF Sport number 17 came home fourth, with Osbourne and Mowle slotting into fifth position once their penalty was taken into account.

GT4 hosted a historic victory for Sandy Mitchell in the Ecurrie Ecosse McLaren 570S GT4, making him the youngest-ever winner of a British GT race at just 16 years and 169 days. Championship leader Graham Johnson could only manage fifth in his  PMW Expo Racing/Optimum Motorsport Ginetta G55 GT4 shared with Mike Robinson, but saw his lead cut to 9.5 points, which would guarantee that whatever happened in race 2, the championship would not conclude until the final round at Donington. 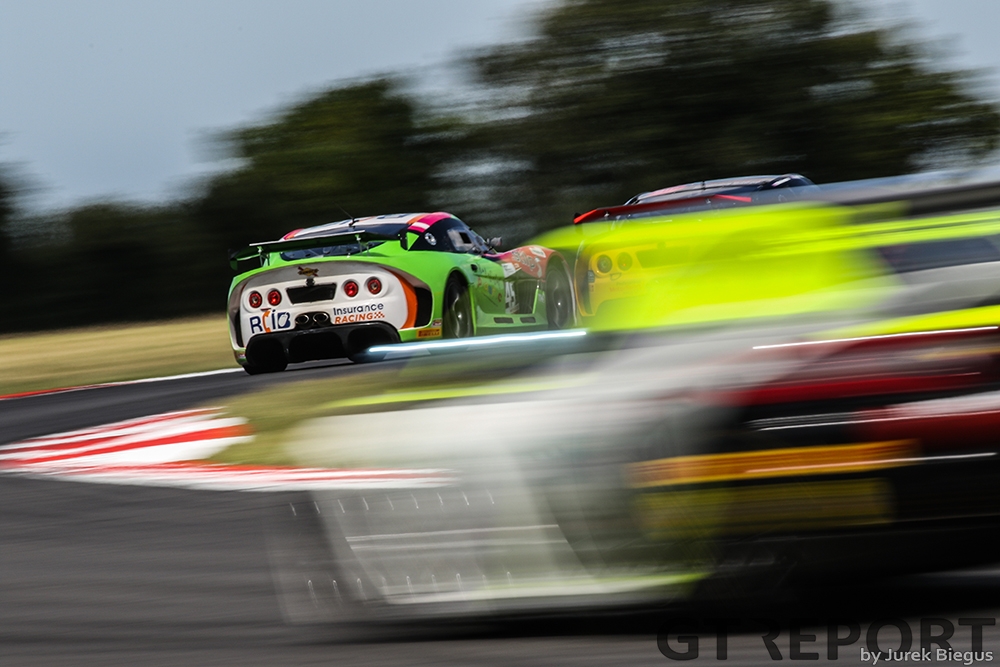 Race 2 was an simple win for Barwell’s Keen and Minshaw, who took a start-to-finish victory whilst TF Sport Aston Martin’s Derek Johnston was able to snatch second from Lee Mowle in the AmD Tuning BMW Z4 to ensure the title chase would continue at Donington. Third was taken by the Bentley of Parfitt and Morris, who struggled with pace all weekend but are still in with a shot at the championship at the final race weekend.

The Beechdean Aston Martin V8 Vantage GT4 of Jack Bartholomew and Ross Gunn took the victory in the GT4 class. Graham Johnson finished second but whereas he could have sealed the title at Snetterton, he instead saw his championship lead cut from 17.5 points to just 2.5 points. With just the trip to Donington remaining, the PMW Expo Racing/Optimum Motorsport team will have a nervous few weeks to wait before a full title showdown to decide the championship. 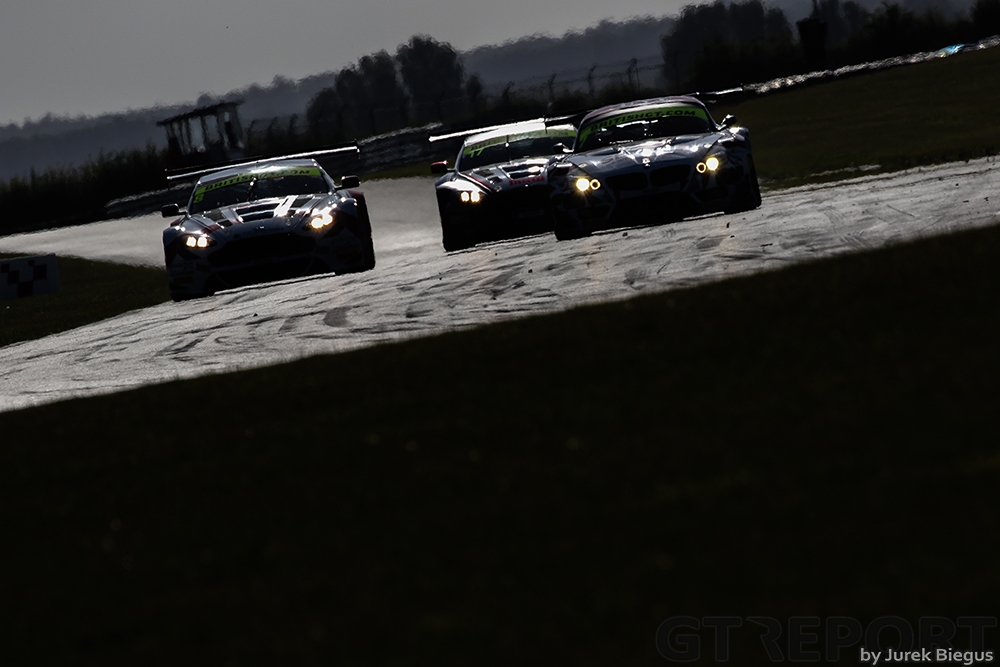 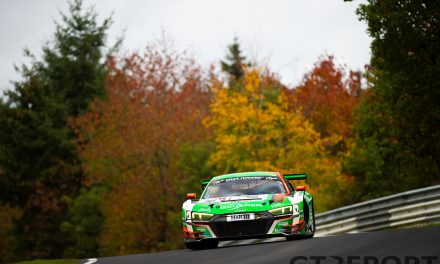 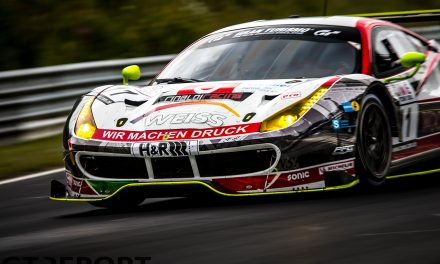