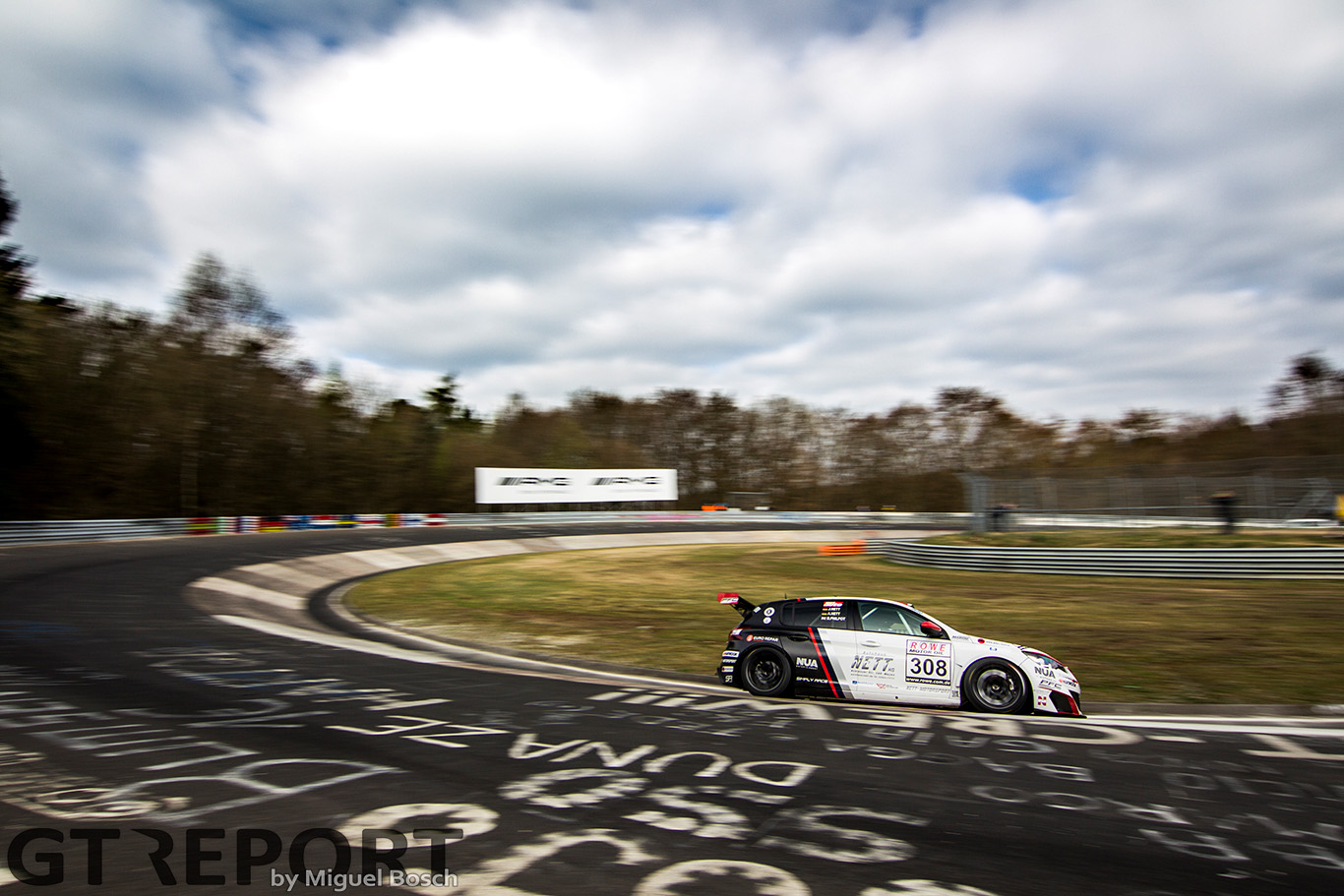 Starting this month, Bradley Philpot will be writing a regular blog about the world of racing as he sees it. A race car driver and instructor, he knows the Nordschleife as well as anyone, having competed at the Eifel course since 2013 in cars such as the Peugeot 208 GTi and Porsche Cayman GT4. Bradley campaigns the 2017 VLN season with Nett Motorsport in the Peugeot 308 Racing Cup TCR .

The crossing had been particularly cold. The sudden change in temperature between the car deck of the Ferry in the middle of the night and a hot motor beginning to roar its way to Germany caused the ECU to briefly panic and sound the alarm. ‘Check Engine’. I did not yet know that this would turn out to be excess caution on the side of the car’s warning systems, so having been recovered to a Peugeot service centre in Calais, I reached out to my Facebook friends for assistance. One of the first to respond was Christian Erben – manager at Nett Autohaus, a Peugeot dealership based in Mayen near to the Nürburgring, and team manager of Nett Motorsport. “If you can get the car to us, we will take care of it for you.” 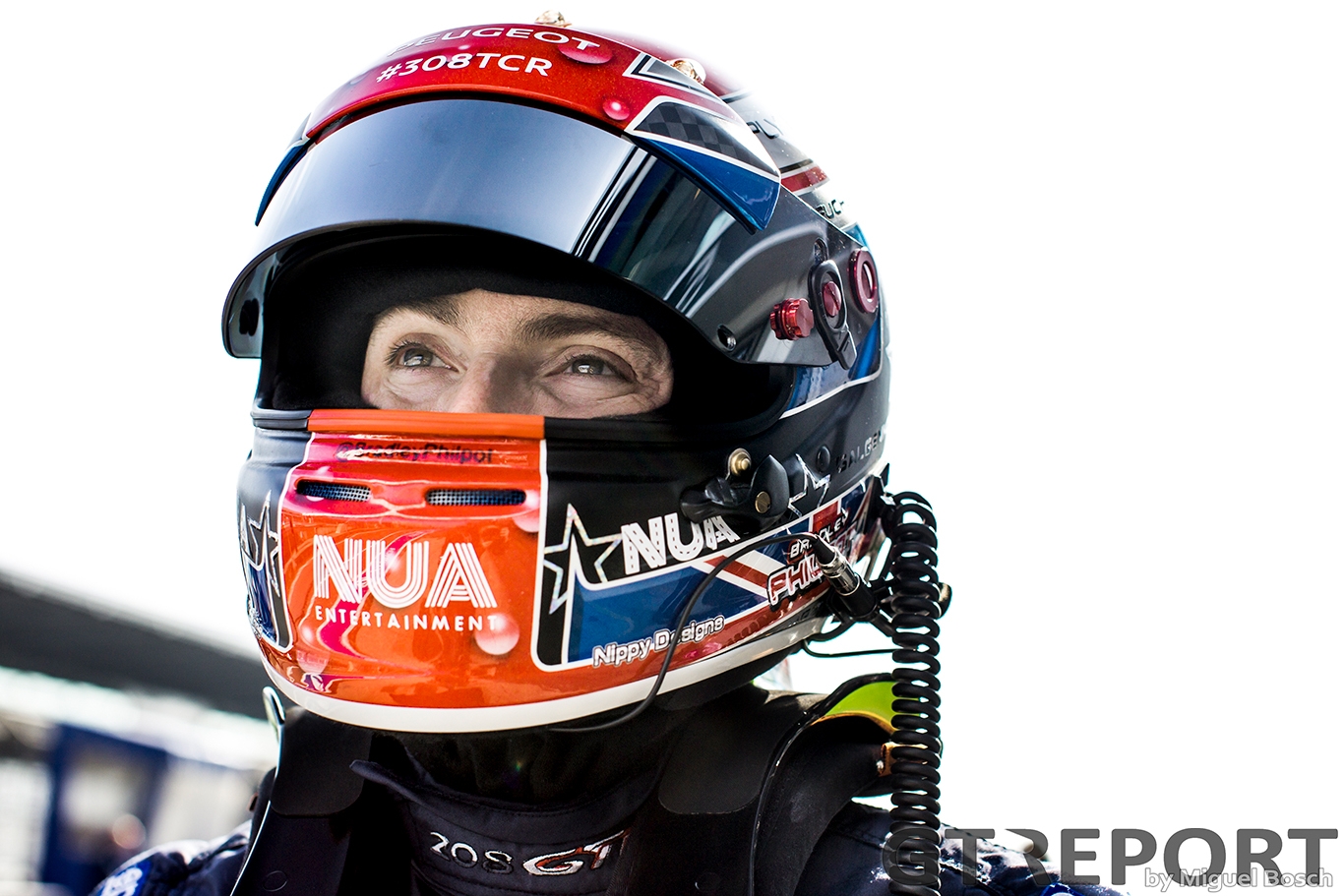 So, I continued my journey to 2016’s VLN 7 where I was due to compete with GetSpeed in their Cayman GT4. In Mayen, the Nett Autohaus mechanics swiftly put my mind at ease and cleared the fault code on my road car. Whilst this was happening, I began speaking with Christian Erben and he mentioned that the Nett Motorsport team were planning to run the brand new Peugeot 308 Racing Cup TCR car in 2017. The Nett team have a long history as a semi-works backed Peugeot squad, having been involved with 205, 306 & RCZ efforts in the VLN Endurance Series. More recently, company boss Jürgen Nett was a factory Peugeot driver in the 208 GTi race car in 2013. Without warning, Christian asked if I would like to be one of the drivers in 2017.

Fast forward six months and we were on the grid for VLN 1 this year. The car had run well in testing and we were looking forward to a strong first event of the season. I was itching to drive my first stint and see how we would compare against the other TCR cars such as the VW Golf, Audi S3 and Seat Leon. But it was not to be. A broken connector on the fuel pump – a five euro part – caused us to retire after just nine laps. 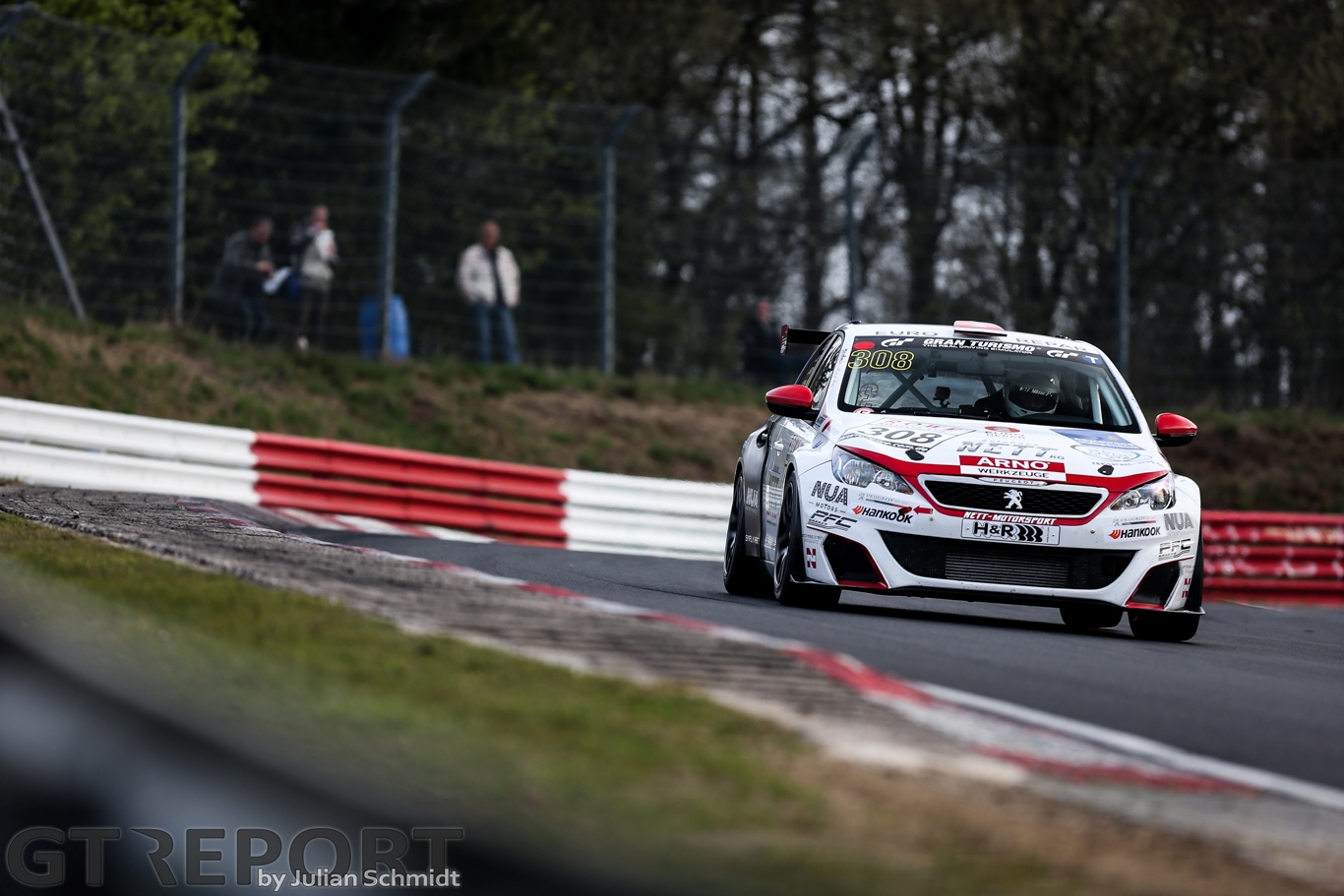 Two weeks later at VLN 2, we were hungrier than ever. Traffic in qualifying masked our true pace, and as we lined up fifth on the grid in the TCR class, I was eager to finally demonstrate our potential. What followed in the first ninety minutes of the race was some of the most exciting racing I have yet experienced at the Nürburgring. Up to fourth place after a good start, and then into third when one of the Audis ran into trouble, I found myself in a titanic battle with one of the Mathilda VW Golfs for the entire remainder of my stint. We swapped places, both of our cars with strengths and weaknesses in different parts of the circuit.

Finally, we stormed into the pitlane nose to tail, and it was down to our team mates to continue the fight. Freshly out of the car, me and the Golf driver exchanged a high five and a short embrace, acknowledging the true awesomeness of what we had both just experienced. By the end of the race, we had moved up to second place, and put to rest the demons of VLN 1.

The championship is long, and this is just the beginning. I am very much looking forward to bringing you a driver’s eye view from VLN as the season continues. It’s going to be a blast! 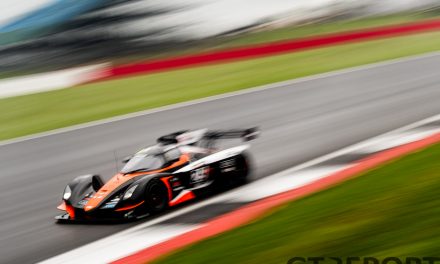 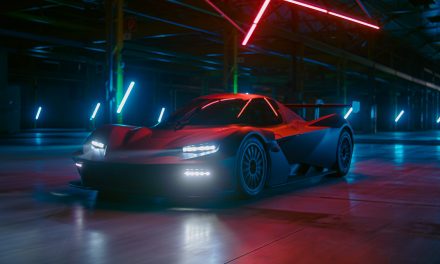