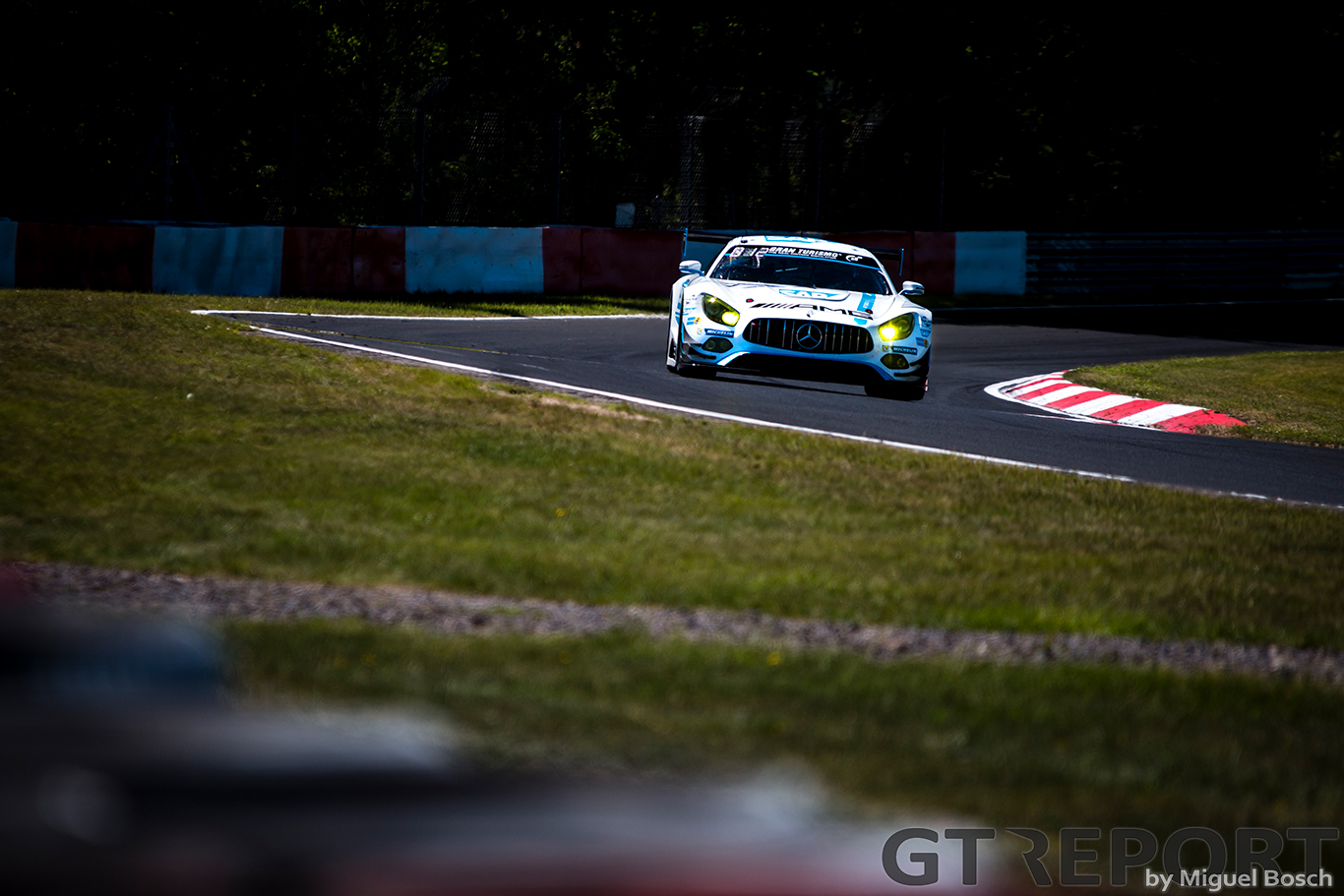 Qualifying for the 24 Hours of the Nürburgring was wrapped up last night with the Top 30 Shoot Out for pole position. Yelmer Buurman watched from the Black Falcon pit box as his team mate Adam Christodoulou put the number 1 Black Falcon Mercedes-AMG GT3 on the 22nd position. Buurman didn’t win the race last year, but did win the trust of both AMG and Black Falcon to replace Bernd Schneider in the defending winner’s car.

Replacing Bernd Schneider is not the easiest task one can be assigned. The German is for many a living legend with his decades in Formula 1, DTM and sports car racing and his countless wins, the latest of which he celebrated a year ago at the Nürburgring when he guided the white AMG through the treacherous conditions on Saturday evening.

With Schneider for 2017 placed at HTP Motorsport, Yelmer Buurman was brought in from Black Falcon’s Bilstein car to replace the multiple DTM champion. 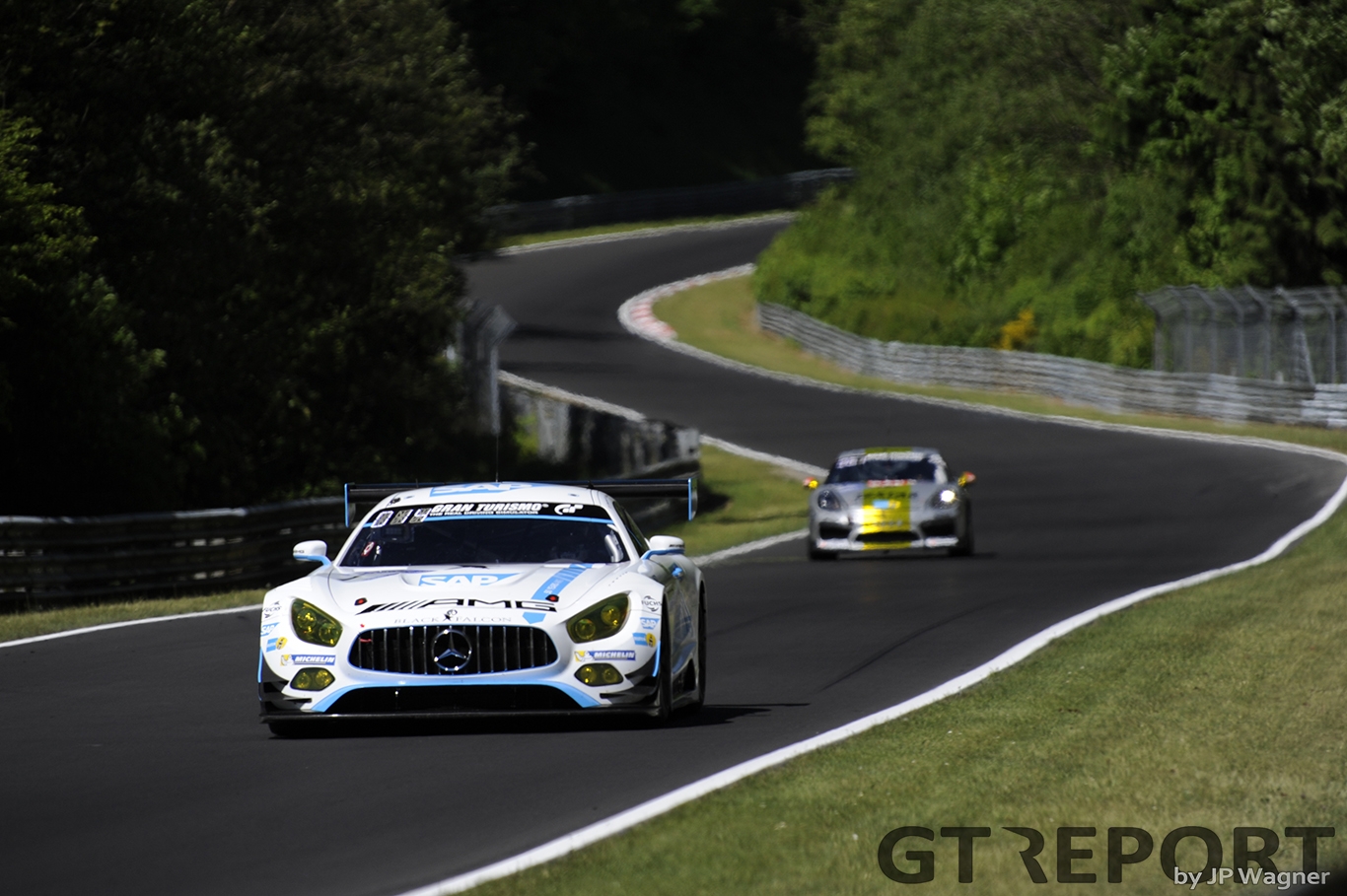 “Already at the end of the year I was told that I’d be racing in the number 1 car,” Buurman says. “I was very happy with that, although at that time we didn’t know yet which drivers would be on the Bilstein car. But they’re both very good cars with top driver line-ups.

“Of course, it’s special to be racing last year’s winner, but I would’ve been happy with either.”

On replacing Schneider, Buurman feels confident that he’s the right man, but at the same time realizes that he has big shoes to fill.

“Bernd is a superb driver. He’s super-fast and has a wealth of experience. They didn’t replace him because they think I’m a better driver, at least I don’t think so.

“In the last three years I’ve made a good impression at Black Falcon, that’s what they often told me after the races, which is nice to hear.

“When you’re in the car you get a lot of feedback on your pace, and in those tough conditions last year I was sometimes 8 to 15 seconds faster than the rest of the field. That will no doubt have played a role in the decision to put me in this car.

“To make a difference this time, and I hope that’s possible, you will need the circumstances to play along. Sometimes you just need luck with the traffic. There are stints where everything works against you and nothing seems to go right, every car drives in your way. And then there are those stints where you overtake at the right moment and everything goes much easier. You do need to have that kind of luck. 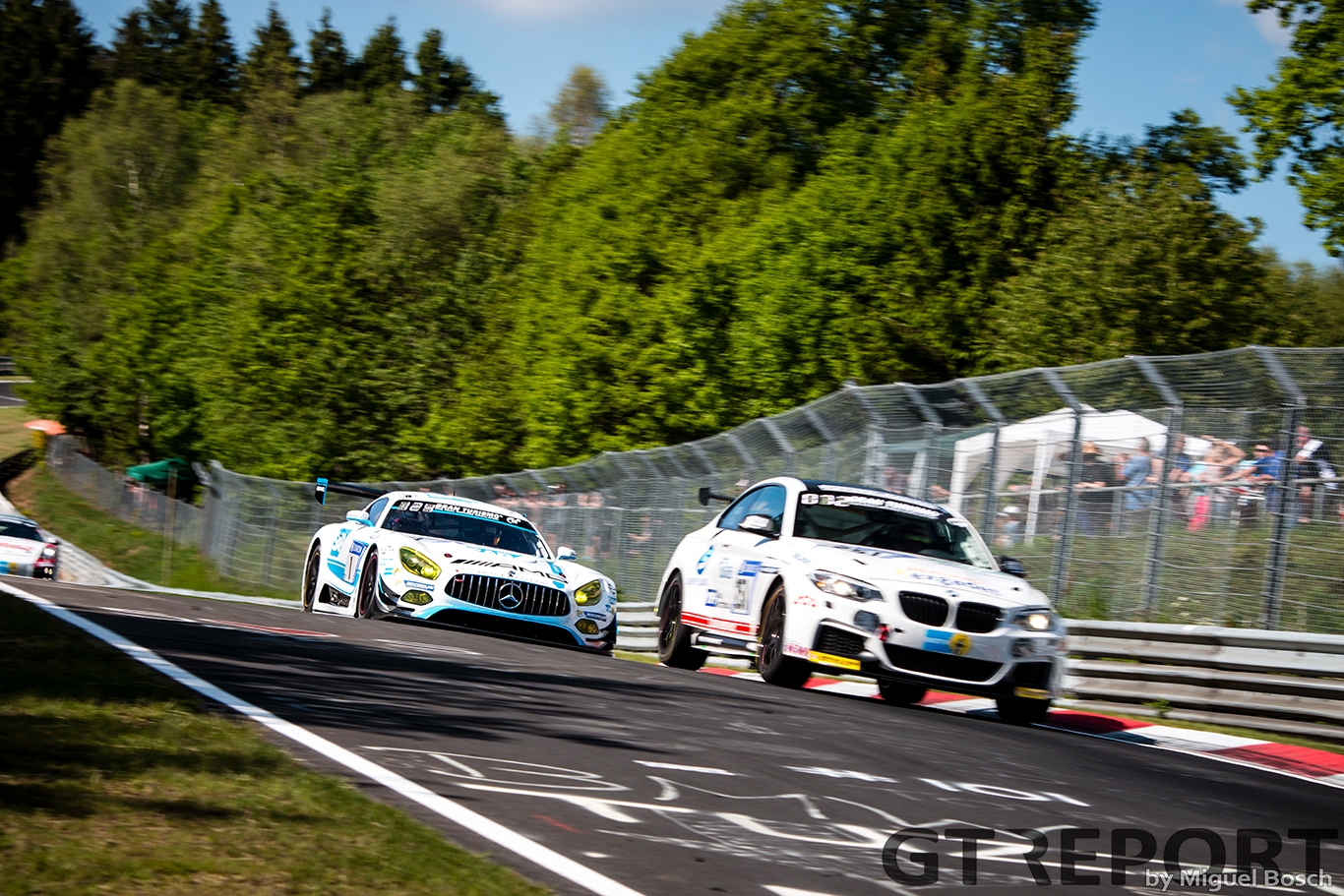 “I will just go and do my best and hope that’s enough.”

A year ago, Buurman’s car, driven by Maro Engel, took the rumbling field of GTs and touring cars to the green lights. For the longest time, his car ran with the leaders before dropping out of contention in the later stages of the race.

“We went very well in the Bilstein car: Maro trained to pole position in the Top 30 Qualifying and we had a super race.

“Then we arrived at a crucial point in the race regarding the tyre management. The weather conditions were different from what we had expected and we didn’t have enough of the fast tyres. We did have multiple compounds, but not enough of the best tyres.

“A decision was made when we had some bad luck with a Code 60 and a pit stop. We lost some time and were behind the sister car. They were given the first right to the fast tyres. Eventually, they won, while at that moment we were in the same position, that was a shame.

“But, well, we still finished fourth after a nice race.” 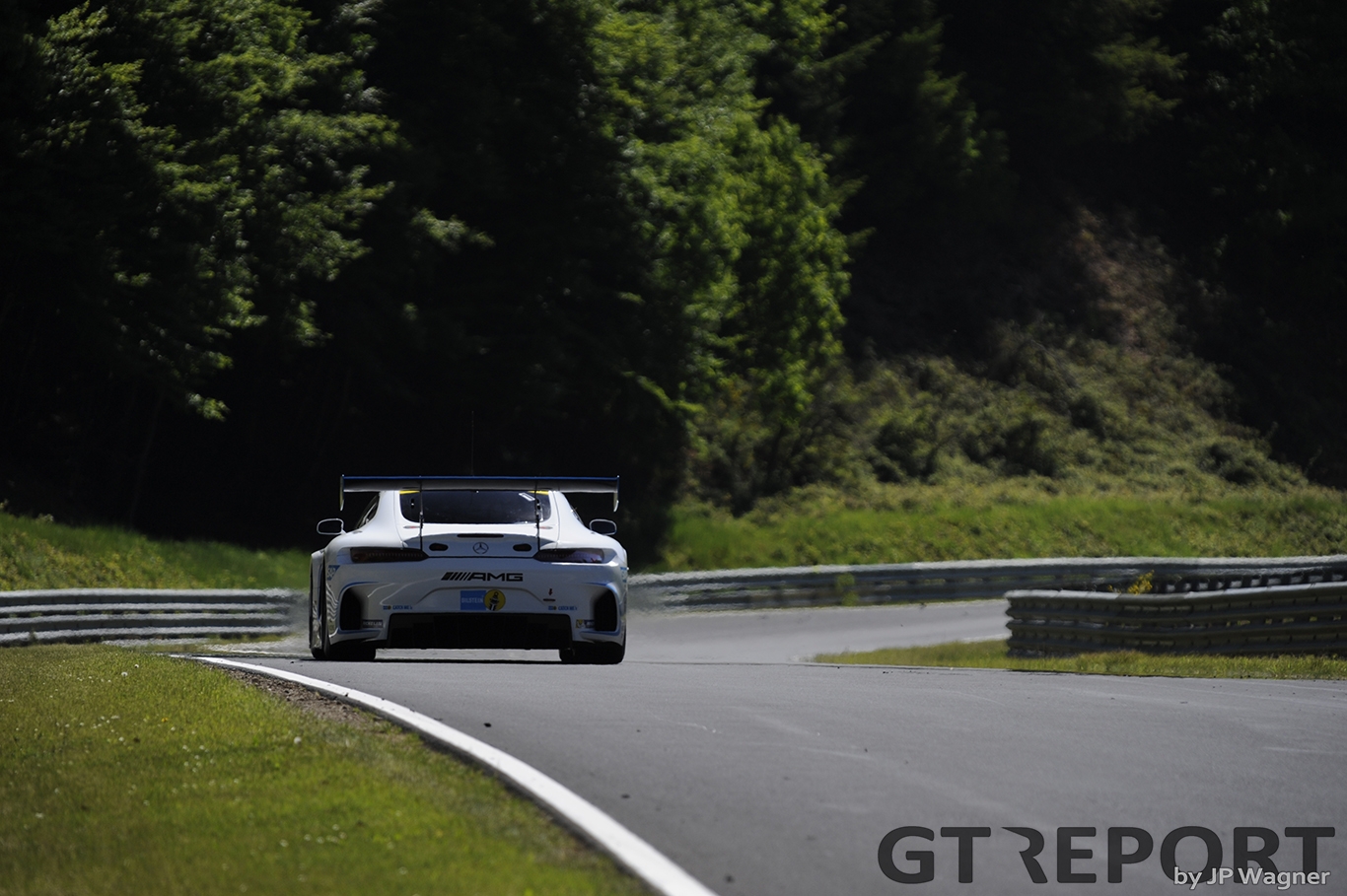 With the temperatures reaching the higher 20s this weekend and the tyre regulations outlawing confidential tyres, the racing rubber will likely play a crucial, if not deciding factor in the race.

Before qualifying, Audi made a last-minute switch from Michelin to Dunlop, which resulted in the Land and WRT Audi R8 LMS GT3s joining the Dunlop-shod SCG003c at the front of the grid. Black Falcon’s number 1 car decided to remain with Michelin.

“It’s hard to say [how important the tyres really will be]. It’s warmer than we expected, so we have to wait and see.

“Michelin is a good tyre manufacturer, but due to the change in regulations from last year the tyres are different and not as good anymore, but they’re still good tyres.

“You don’t know who’s got the upper hand: Dunlop, Michelin, Hankook or Falken. But I don’t think the difference will be very big.

“We’ll see how it goes, I’m looking forward to it.” 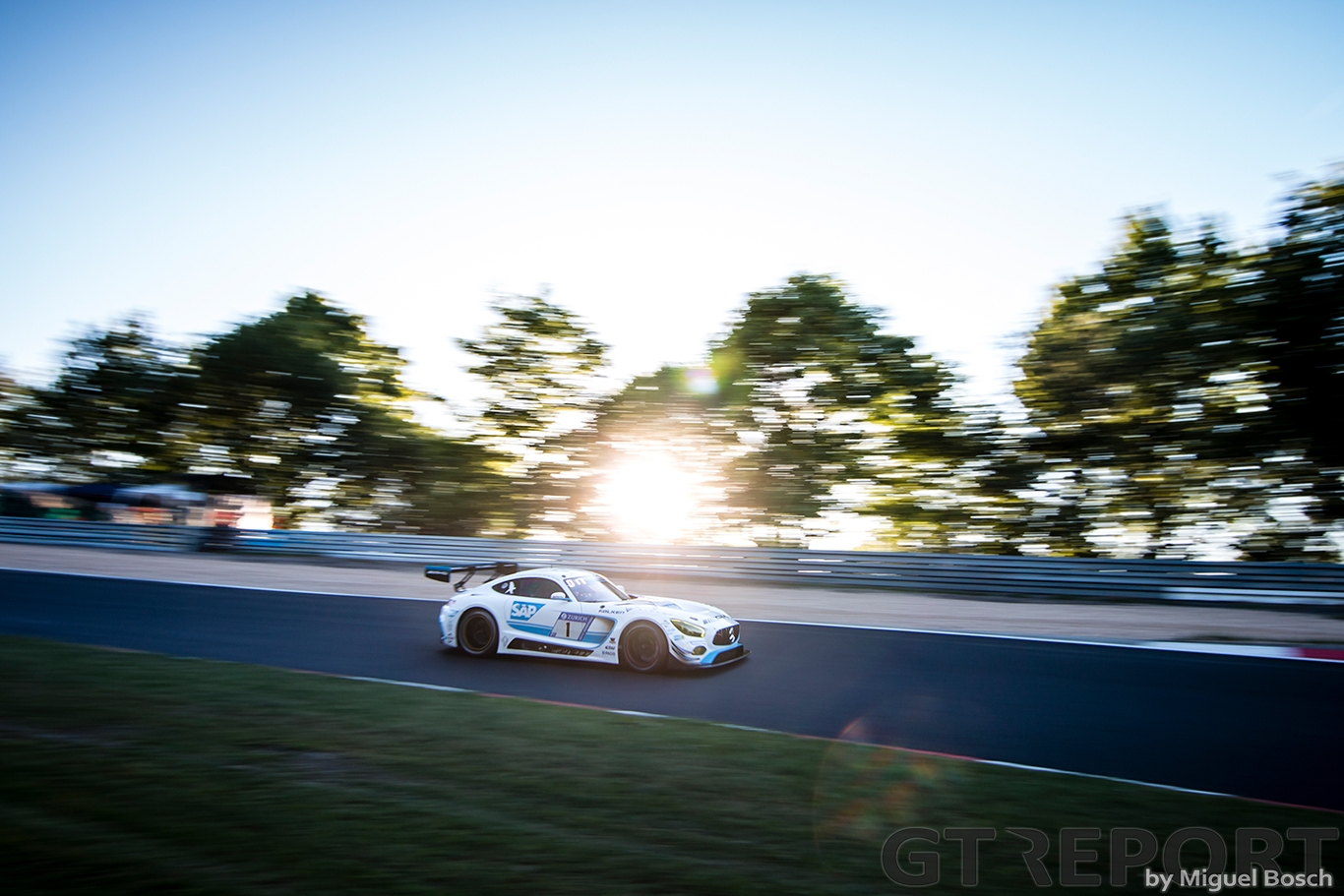 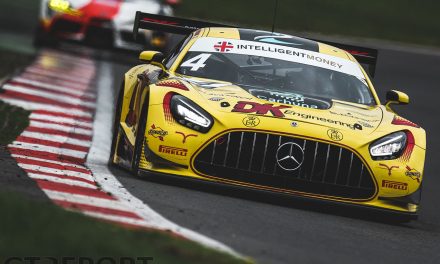 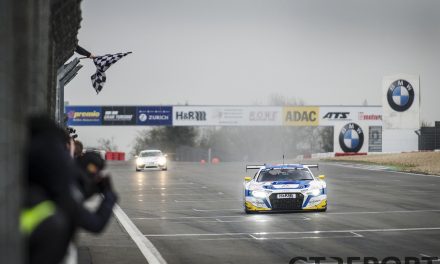