Lars Kern: “Porsche and Manthey had faith in me from the first minute” 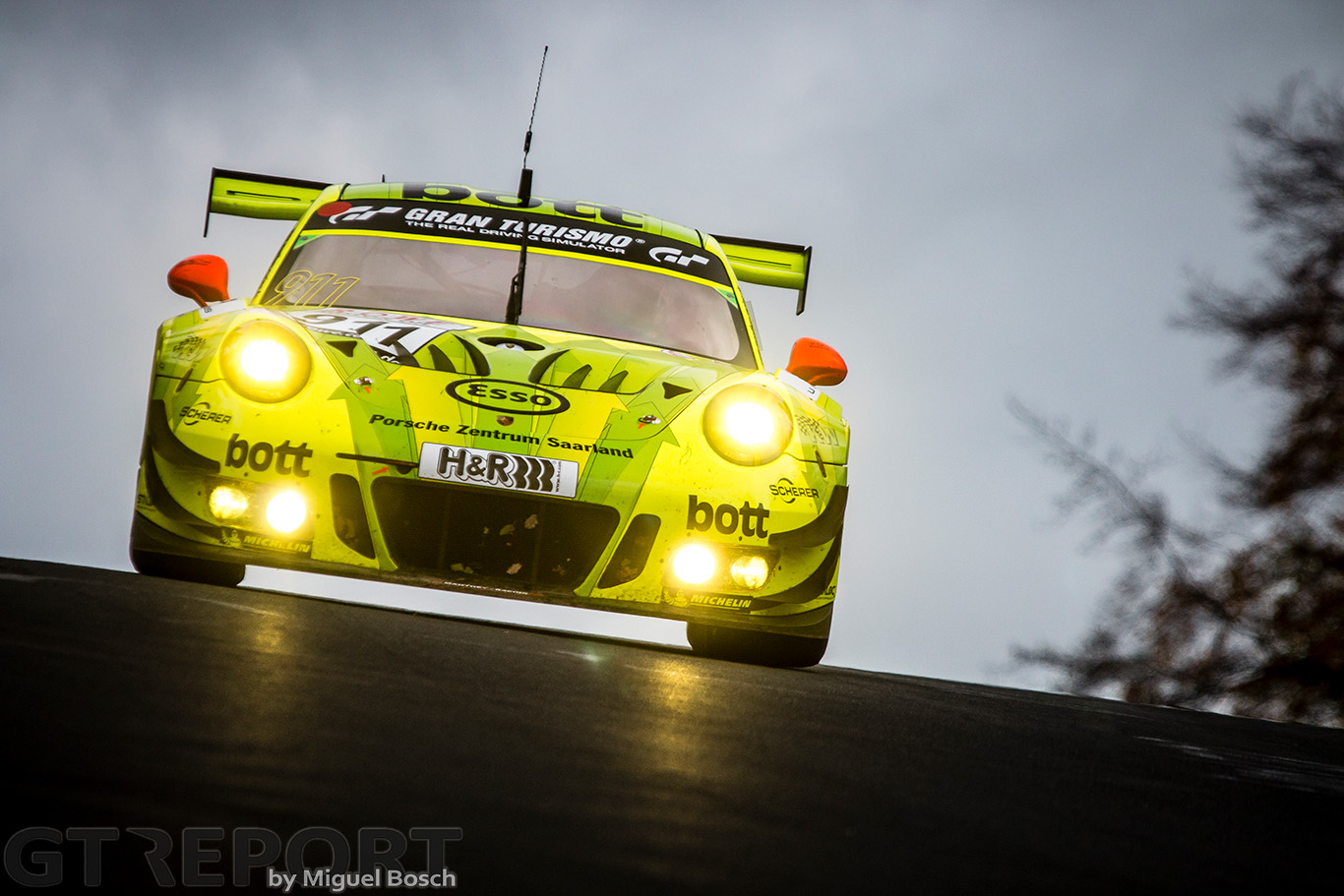 Under a colourful evening sky in late September, Lars Kern shattered the Nürburgring lap record for road-legal cars in the Porsche 991 GT2 RS to claim the top of the charts with a time of 6:47.30. Unbeknownst to him at the time, along with it the Porsche test and development driver earned himself a ride in the Manthey Racing Porsche 991 GT3R semi-works car to finish the VLN season. Going up against the Ring’s greatest racers, Kern remained undaunted in search of victory and was heralded as the Man of the Race.

Lars Kern has enjoyed a cult status as Porsche’s weapon of choice for Nordschleife hot laps, but never enjoyed the same recognition as a race car driver. The reason is quite simple: the Weissacher didn’t turn a single lap in competition from 2011 until 2016. 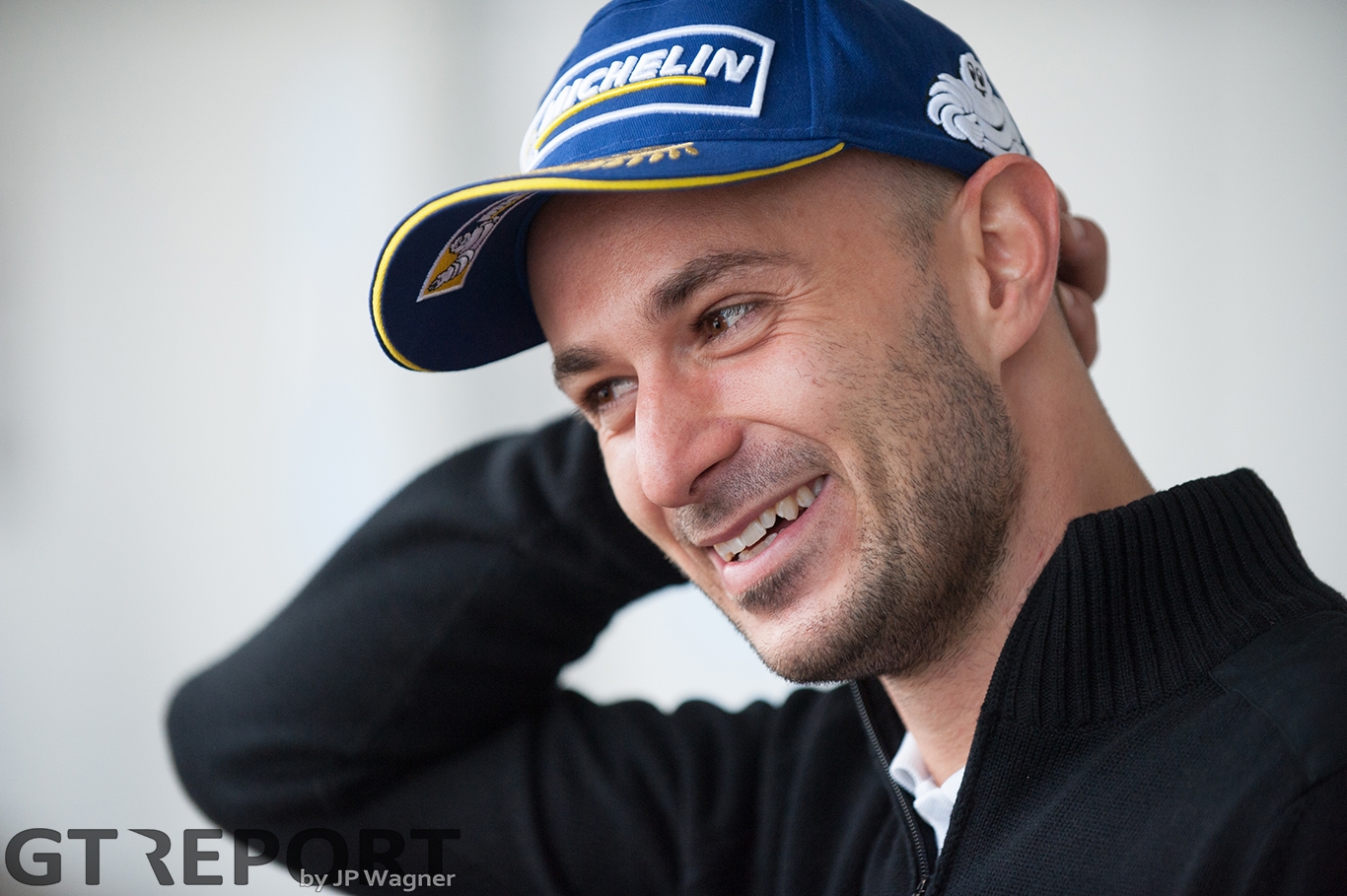 After years in the Porsche fold, Kern returned to racing in 2016 and quickly rose through the Manthey Racing ranks, starting his first race in a Porsche 991 GT3R last April before the GT2 RS lap record took him to the team’s lead-car for the season finale. In the autumn race the 29-year-old left nothing on the table: in his works debut Kern took the spoils of victory.

“I’m feeling great,” an elated Kern says moments after the 42. DMV Münsterlandpokal has come to an end. “It’s amazing to be part of Manthey’s fiftieth win in VLN. It’s a great family here at Porsche and Manthey. It’s good to be part of it.

“They had faith in me from the first minute and now they’ve given me the chance to be on the factory car and it turned out to be a fantastic day.”

The catalyst for the opportunity was his Porsche 991 GT2 RS lap record. It opened the eyes of Porsche Motorsport and Manthey Racing to the sheer talent they had in their midst.

“It was Frank Walliser from Porsche Motorsport who, after I did the 6:47 with the GT2, said that perhaps I deserve a chance on the factory car. 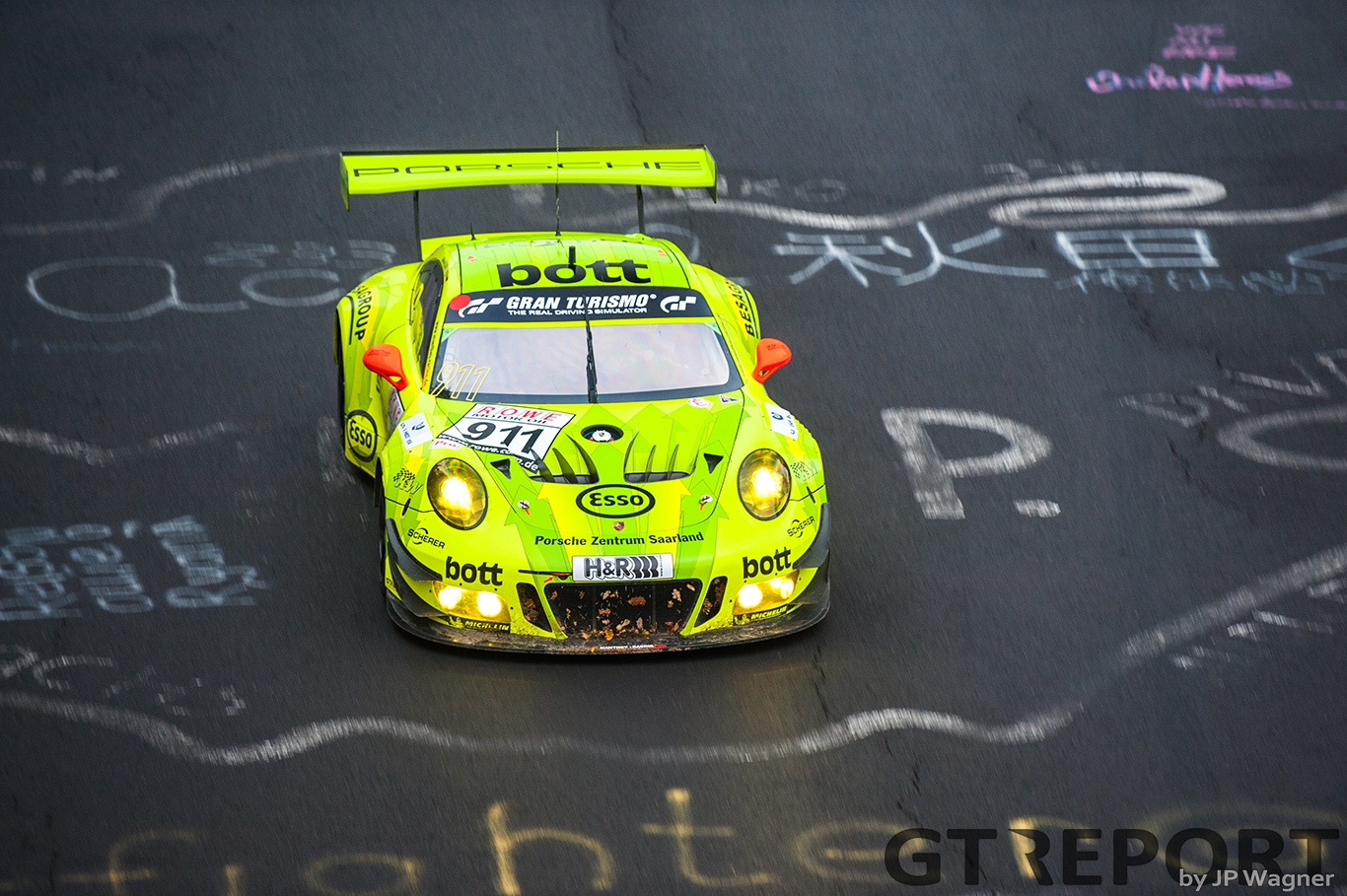 “[Manthey team managers] Nicky and Martin Raeder also said that it looked pretty good what I was doing on the Pro-Am car and that it was a logical next step to give me a chance to try out the factory car.”

That chance came in the VLN season finale. Pivotal for the victory would be the team’s strategic decision to switch from rain to intermediate tyres early on—a move that resonated throughout the remainder of the race.

“The strategy was just perfect, like always with our cars. We pitted exactly at the right time, didn’t had to refuel at the end, so we could go through with four stints—that was perfect.

“I had the easiest stint: it was just dry. For Fred it was really tricky, but he did a perfect job, as we expected.”

In his eight laps in the car, Kern brought the fight to Mercedes-AMG star driver Maro Engel whilst clocking the Porsche’s three fastest laps of the afternoon.

“I stalled the car when leaving the pits, so I lost two or three seconds, which was pretty shitty and made me feel really bad when the AMG just passed me at the exit of the pits. 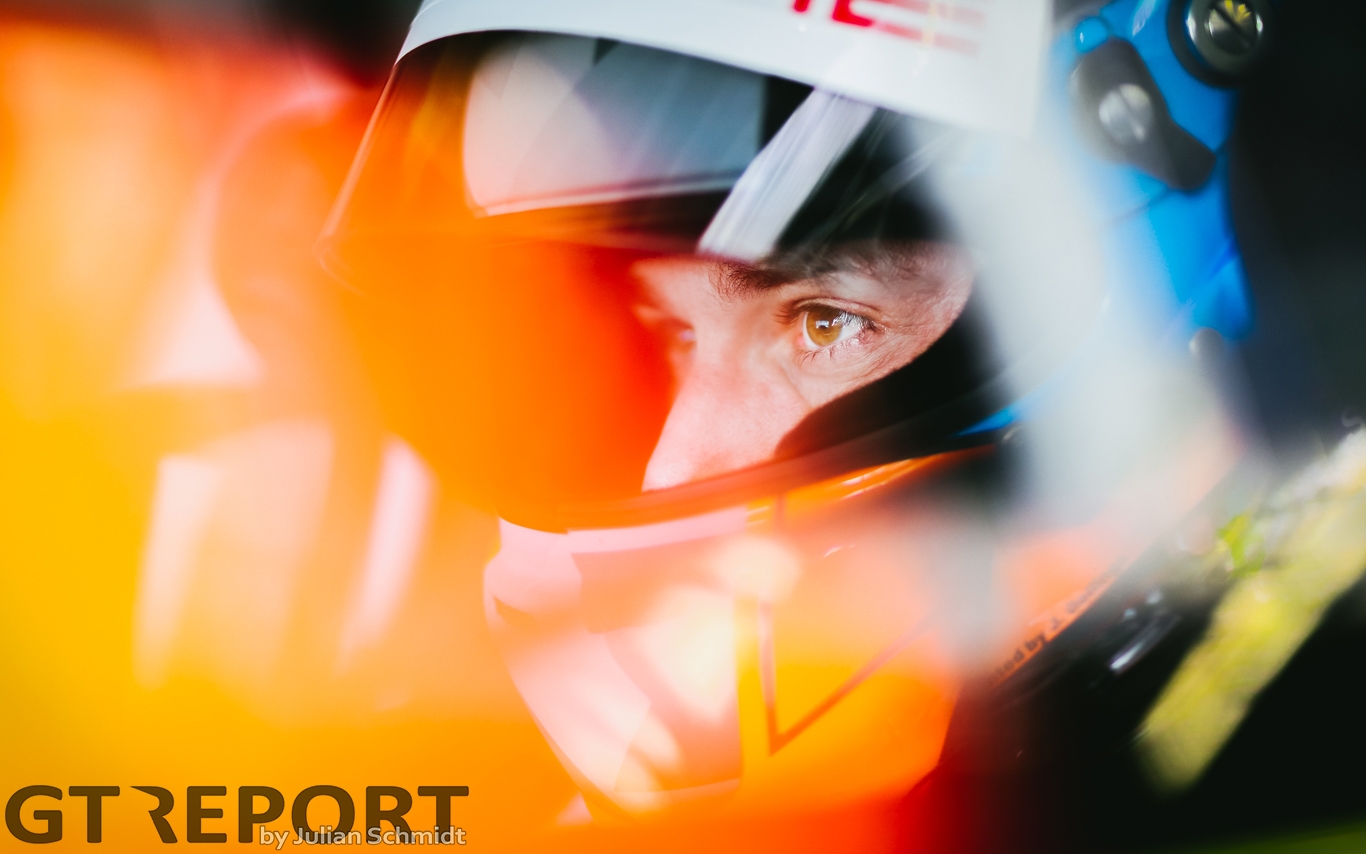 “But I could follow him. On the radio the guys told me: ‘It’s Engel in the AMG, you’re as fast as him’. That felt really good and I just did my laps.

“At one point I had some contact with a car that I was overtaking while following Maro. That gave me a bit of a scare because I had to take a high kerb, but the car was still good and in one piece. I could drive it back to the pits without damage, so I was good at that point—and lucky.

Kern’s Münsterlandpokal performance has left an impression that will last through the winter to come. Whatever happens next, wherever his racing career will take him, he hopes it’ll bring him back to the Nürburgring for 2018.

“Nothing has been discussed so far, but I’m pretty sure I’ll continue in VLN. I would love to, because this is the track I’ve done the most laps on, this is where we’re setting up our production cars. It’s very important to be here as a factory. I hope I can continue here.” 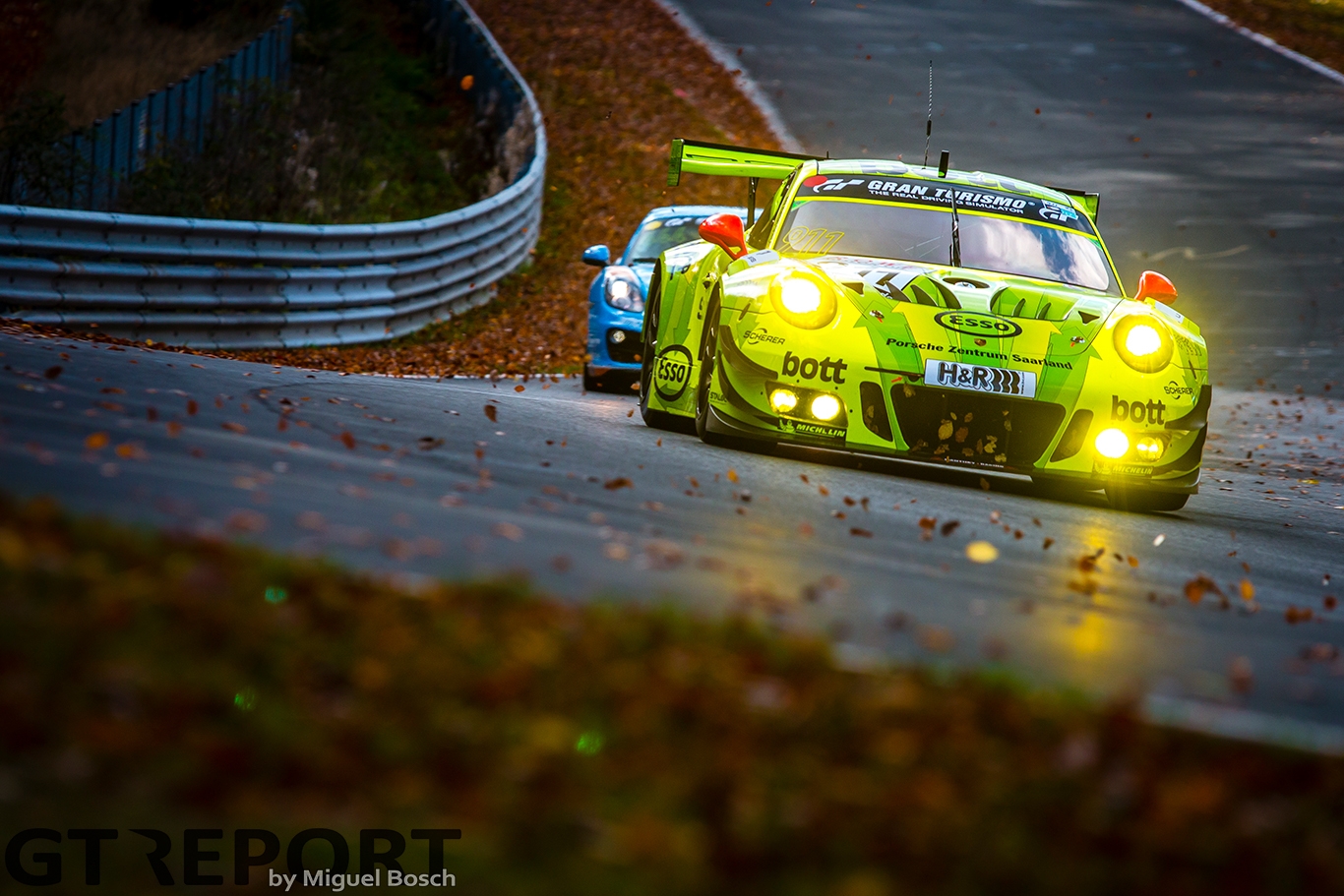