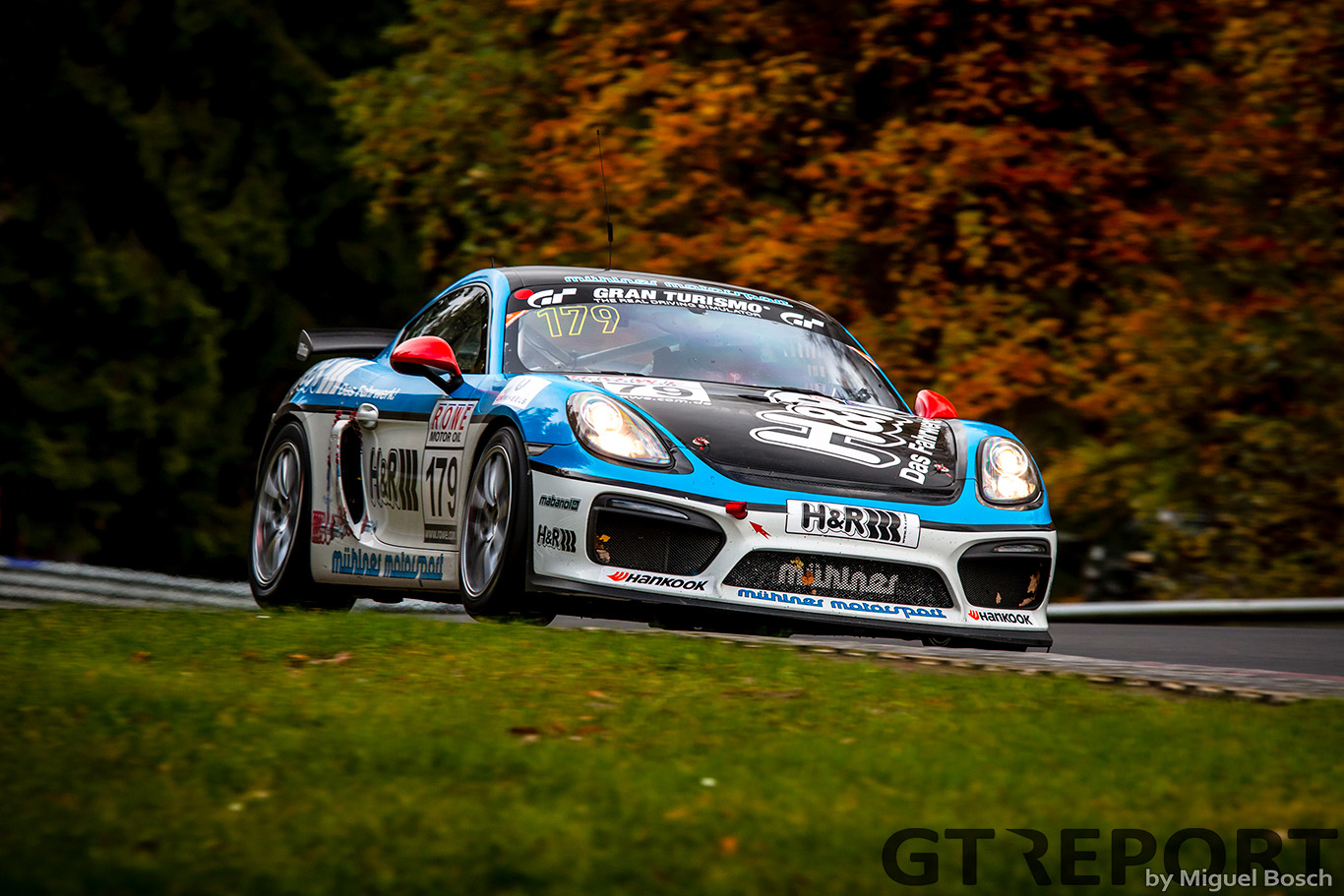 It’s a brave new world for Moritz Kranz. Having found a new home at Mühlner Motorsport this year, the German was crowned undisputed champion of the Porsche Cayman GT4 Trophy with a total of six race wins. 20 years of racing had brought him here, but it’s not yet the end of the line as he’ll take the next step in 2018 bringing the fight to VLN’s Porsche Carrera Cup class.

PT.I: “NO ONE CARES WHEN YOU SAY YOU’RE FAST—NOW I CAN PROVE I AM”

Like any young German growing up in the 1990s, Moritz Kranz watched eagerly every Sunday afternoon to see Michael Schumacher steal the show in Formula 1. The legendary Formula 1 racer inspired a generation of boys and girls in his homeland to start racing, Moritz Kranz being no exception.

“It was Michael Schumacher who started it all for me,” the now 30-year-old looks back.

“I watched him race in the Camel Benetton in 1992 and 1993 and I got interested in racing and have been a Schumacher fanboy ever since.”

Growing up, Moritz went from watching Formula 1 on tv to finding his talent in go-karting, dreaming of one day following in the footsteps of his hero. 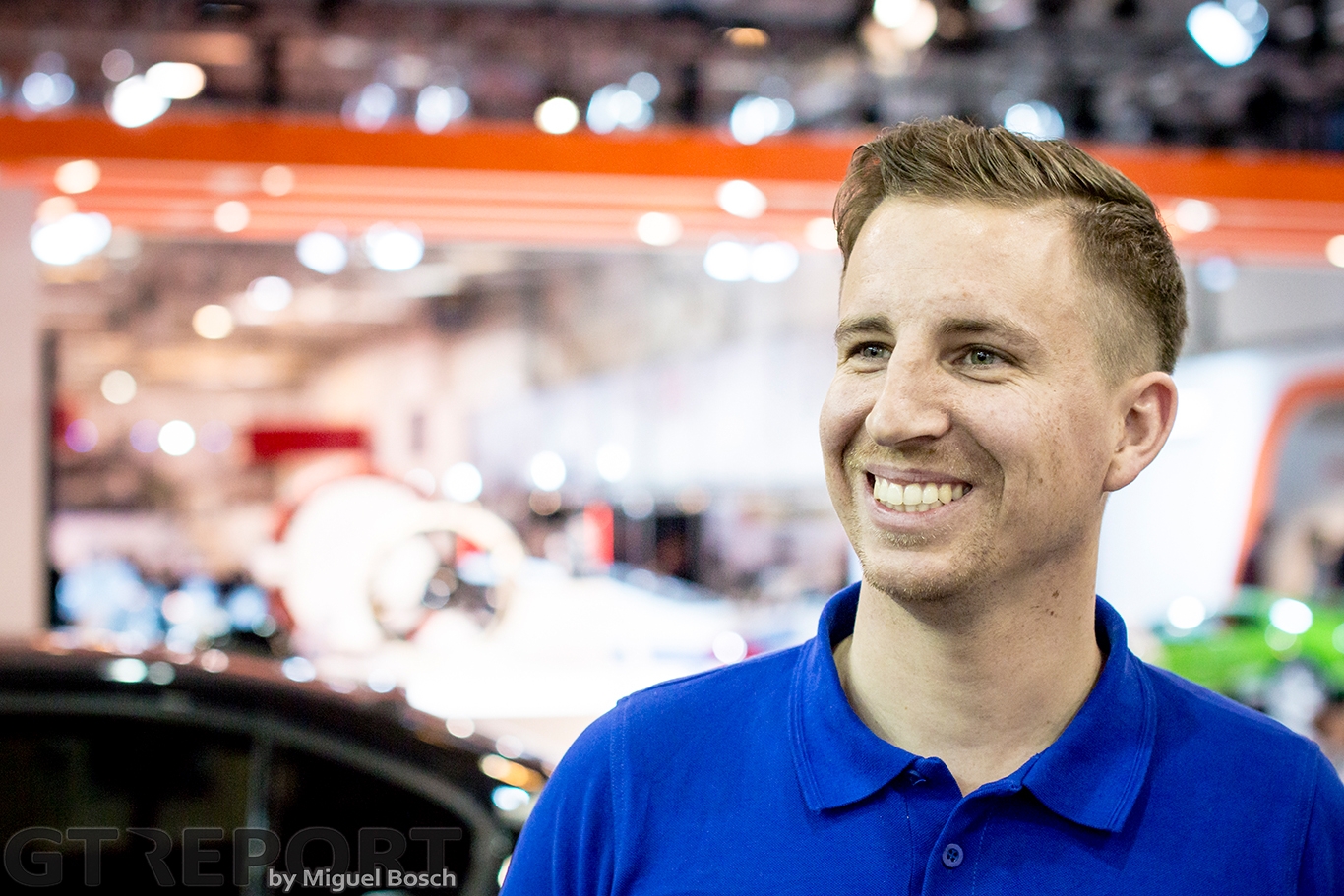 “In ’98 we went to the local indoor karting circuit,” Kranz continues. “From there on it was always tough because we never really had a budget. But, one day we got our first race kart, did some driving and somehow I ended up racing cars.”

The time between racing karts and cars was marked by a four-year gap away from the race track.

“I did karting until 2008 when we stopped. We never earned money with it and my parents wanted to build a house and we stopped ‘wasting’ the money on karting and instead used it for the house.

“I still wanted to do some sort of racing. For four years I went bicycle racing until I had quite a bad accident in 2012 which hurt my knee and shoulder, and I decided to stop.

“Around the same time, I got into contact with some people who wanted to start a junior team and in 2012 I got into car racing.”

Sporadic starts at the Nordschleife followed, but it wasn’t until 2016 when Kranz made his full-season debut with GetSpeed Performance.

“My first time driving the Nürburgring was in the fall of 2012. Over the next few years I did one to three races per year—not a lot. VLN1 last year was only my eighth car race.

“That was the reason why I had to push so much last year: I didn’t know if I’d get a chance to do another full season. I was giving it everything all the time. 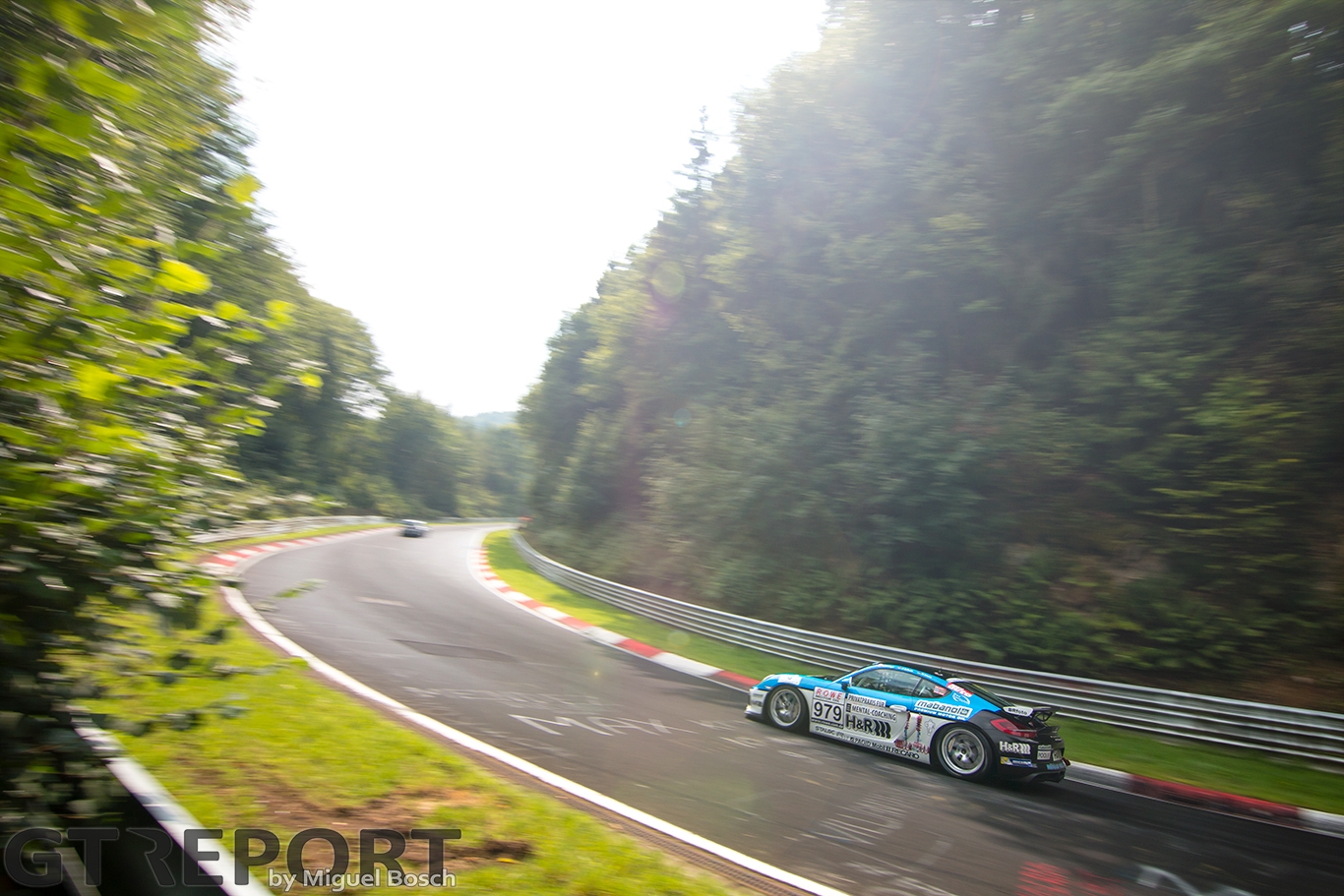 “This year, in most of the races I gave perhaps 97-percent. There were some situations—for example, when you lose a lot of time in a yellow zone and you have to gain back the time lost in order to stay in front after the pitstops—I had to give it everything. But, most of the time when you stay within the 97-percent it’s safer.”

97-percent was all it took for Kranz to claim the crown in 2017. It’s this, being the best, that brings out the love for the sport in Kranz.

“Being faster than the other guys and being able to control a car on the limit, to do with the car what I want, that’s what I love about racing. It’s a rush, it’s the adrenaline.”

Even through the menace of the Nürburgring, there’s never any fear for the race track that has rightfully been dubbed ‘the Green Hell’—only the respect this beast deserves.

“I’ve never been really intimidated by it. I’ve always had respect because it’s so fast and there are no run-off areas. You need to have this respect for the track as well as for the other guys when you’re racing. This track is so small and so fast, if someone isn’t paying attention you can hurt yourself or at least destroy the car. You need to have respect, but when you’re intimidated, you start to make mistakes.”

Come 2018, Kranz embarks on his next challenge: Racing the brand-new Porsche 991.2 GT3 Cup in VLN’s Carrera Cup class. Staying with Mühlner and moving up to the next level was a natural progression for both parties. 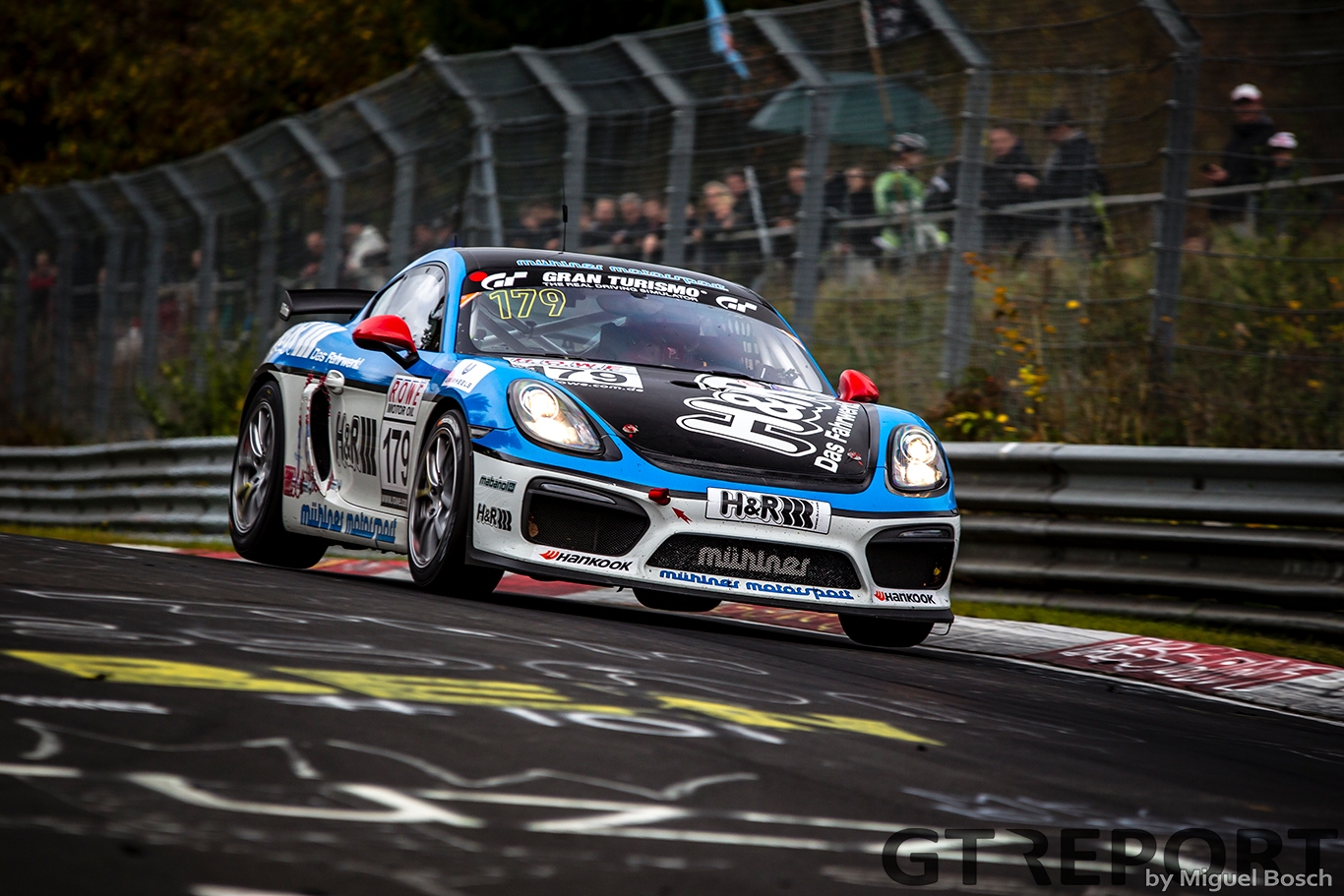 “The decision of Mühlner Motorsports to do the Carrera Cup was made by Bernhard Mühlner. The team used to race GT3s and such, and now want to climb back up the ranks.

“For me, as a driver, after winning a championship, I had to make a step up. I will stay with Muehlner because of the possibilities they offered in the United States, so the next step would be with the second generation GT3 Cup car.”

Kranz has yet to make is first kilometres in the upgraded Porsche 911 GT3 Cup. When he was still with GetSpeed the racer did take to the Nordschleife for selected track days in the car’s previous iteration, leaving him with a taste of what’s to come. However, just how much of that experience can be carried over to the second generation is still to be seen.

“The new car looks like a serious race car. Of course, it’s a step below the Group GT3 cars, but it looks like a proper race car.

“The GT4 Clubsport is kind of a compromise. You can race it very hard when you’re a professional, but it’s also built for gentleman drivers. The Carrera Cup is a proper race car, that’s the main difference.

“From the onboard footage it looks a bit easier to drive than the GT4 because it has more aerodynamics, a somewhat better suspension, and it’s faster. It’ll be a lot of fun and I hope that when it starts to rain we can maybe pick on some of the slower GT3 cars.”

Mühlner’s entrance into the Carrera Cup is a much-needed addition after the Cup 2 class has been slipping in number of entries in recent years. The introduction of the 991.2 GT3 Cup is promising to reverse this trend with more teams looking to come in. 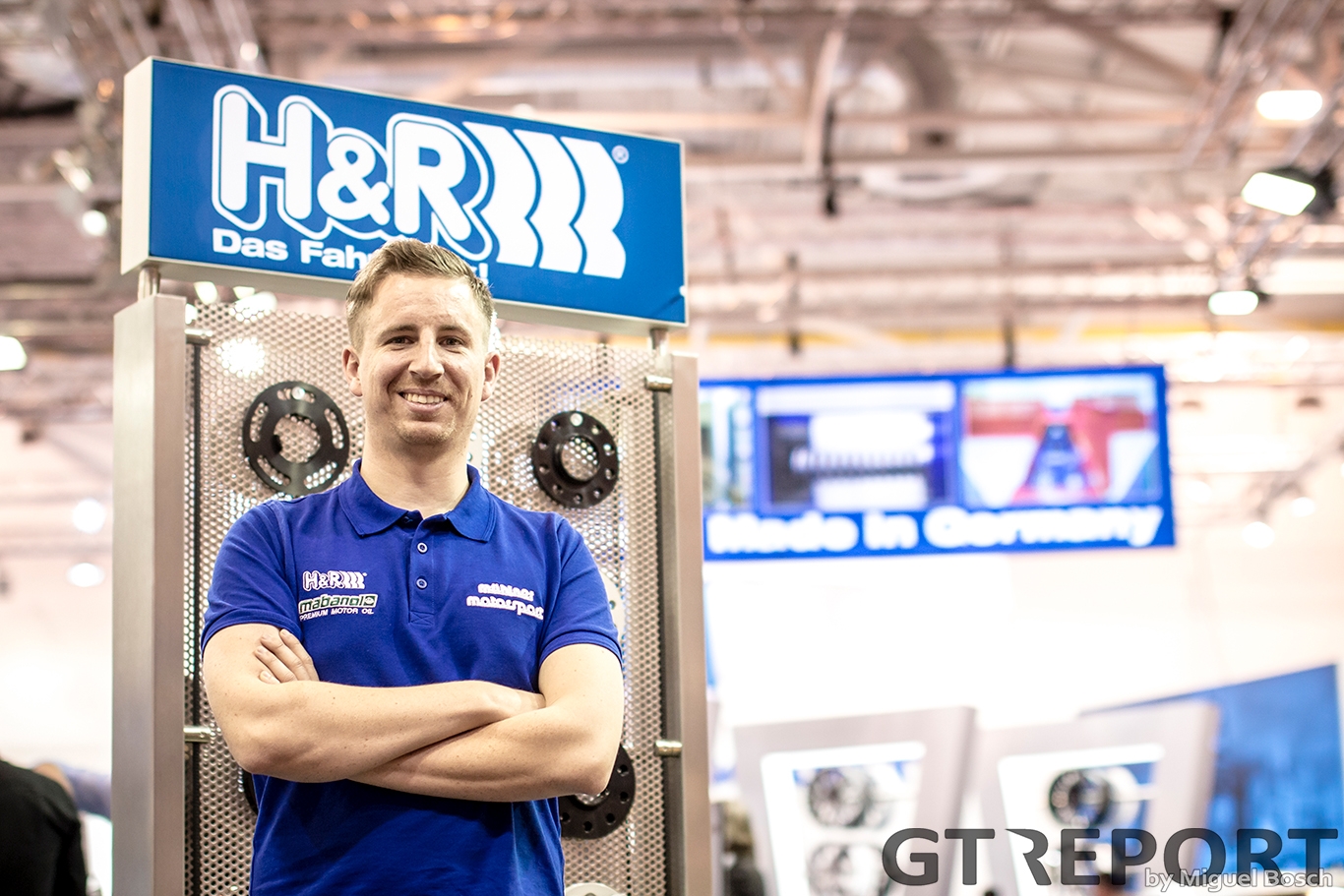 Fearless of the coming battle, Kranz feels bullish about what the future brings.

Kranz’ brother-in-arms will be Marcel Hoppe, an experienced VLN racer who divides his time between racing and engineering H&R’s suspension systems.

“I know him from the Porsche 997 Cup and the H4 car that he raced a few times, and he set quite good lap times. I guess we’ll be a competitive team.

“As he works for H&R as an engineer on the suspension, he’ll also be valuable in setting the car up because he has that experience. I’m sure we’ll help each other.”

Next year promises to be a very busy season for Kranz, who will again travel the Atlantic for another campaign in the USA.

“Of course, I’ll race at the Nordschleife, and I’ll race in the US as well. We’re planning on doing the Pirelli World Challenge with the GT4.

“If it all works out in the States, it’ll be ten races there, plus twelve events on the Nordschleife with the tests as well, so that’s already half of the year planned.

“We’ll also have a Junior program for the Cayman GT4. The car that I raced this year will be our junior’s Cayman next year. I’ll be doing a lot of driver education for those juniors so we can fight for two titles next year.” 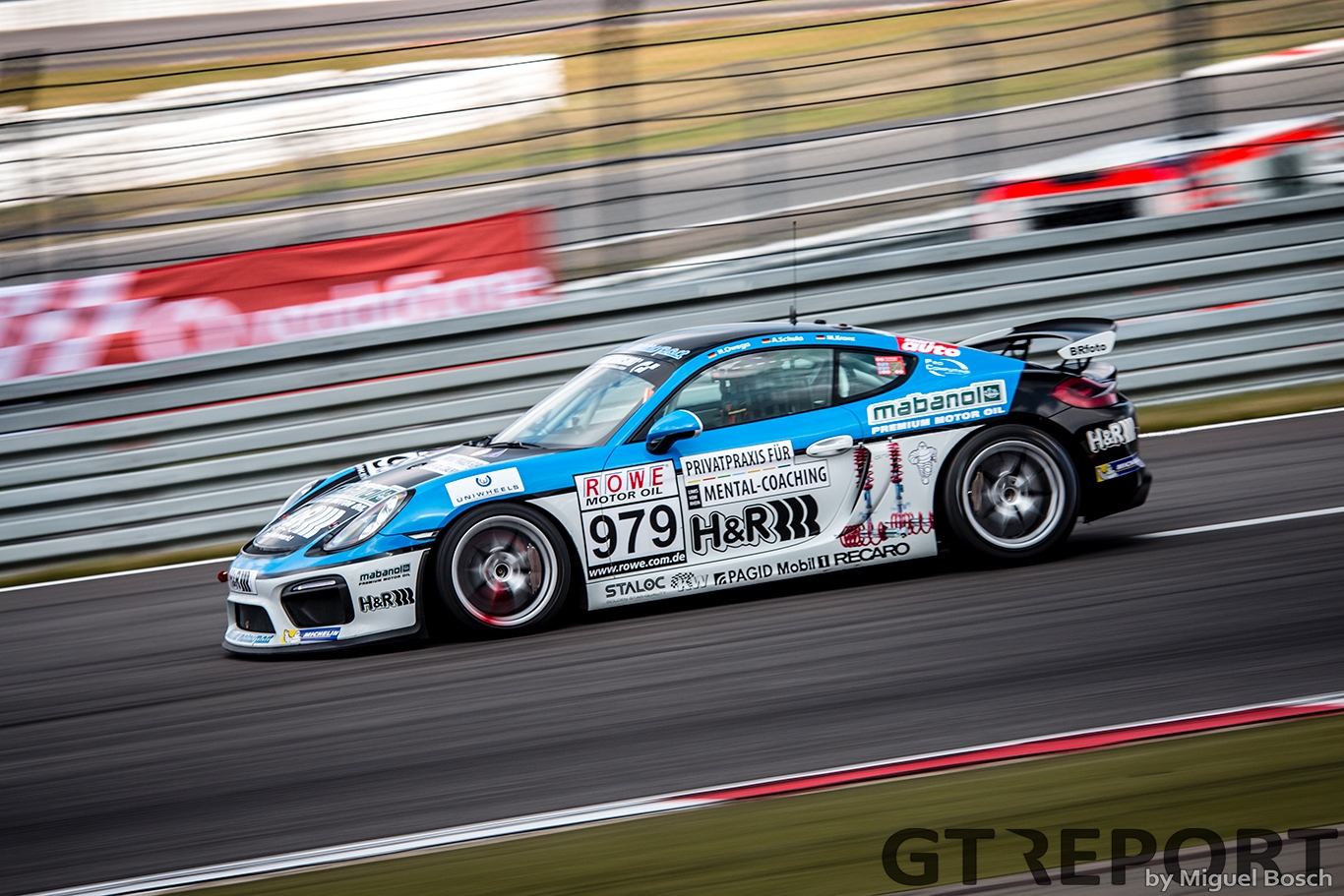