Lance David Arnold: “We want to be the first Porsche behind Manthey—it’s a long way to go” 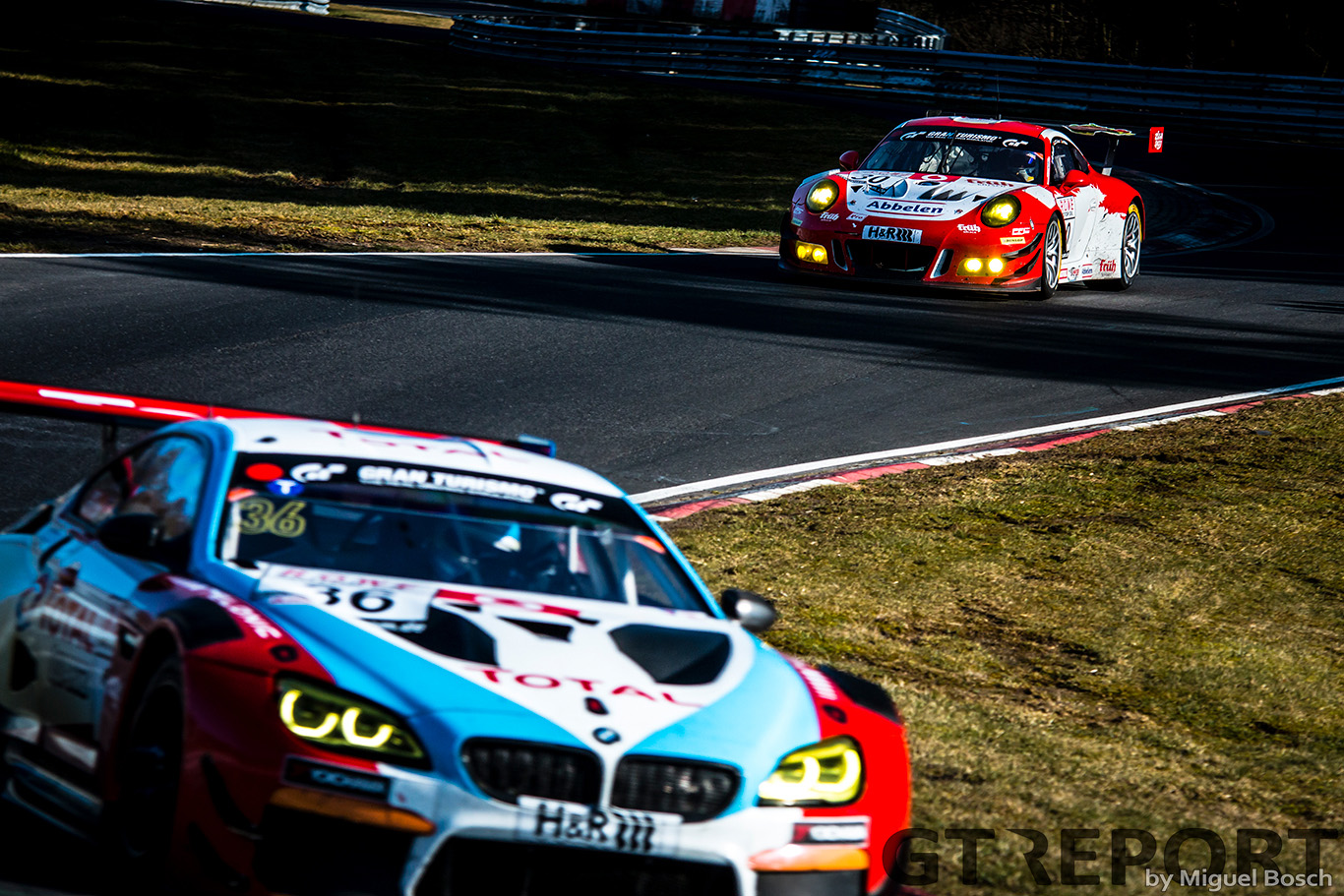 A lot has changed at Frikadelli Racing over the past 12 months. After spending much of the 2017 season experimenting with different setups, drivers and suppliers, it’s now race-on for the Klaus Abbelen-led team as they’ve gone on a mission to join the frontrunners. One of the biggest coupes over the winter has been the signing of Lance David Arnold, the vigorous Nordschleife racer formerly of Haribo Racing-fame.

The promise of Frikadelli Racing rising to the top has faded away since they came knocking on the door in the mid-2010s. To turn the tide, team-owner Klaus Abbelen has decided to step-up and enter a second Porsche 991 GT3R with a line-up of top racers to go after victory.

Two races into the season the results aren’t quite as hoped for, as both the number 30 and 31 Porsches have mustered no better than two 13th place finishes.

Lance David Arnold, driver of the number 30 Frikadelli Racing Porsche 991 GT3R, reckons the team will need to have its work cut out come next month’s 24 Hours of the Nürburgring.

“Position 13 doesn’t make us happy,” the Duisburger says after VLN2 that saw the red-white Porsche penalised for leaving the pits too early due to a technical error on the timing stand.

“We found something which we can change for next time and we’ll have to, because time is running out. We are still behind and haven’t sorted it out yet—we have to fight.”

Although Manthey Racing has showcased the full potential of the ‘R’ at the Nürburgring, Arnold realises that the Porsche-owned team is too high of a standard for the privateer from Barweiler to live up to.

“When we talk about the Porsches, we can’t compare the Manthey car to ours—everyone knows that. We need to compare with Falken, GetSpeed, Team Bernhard, all of these guys. 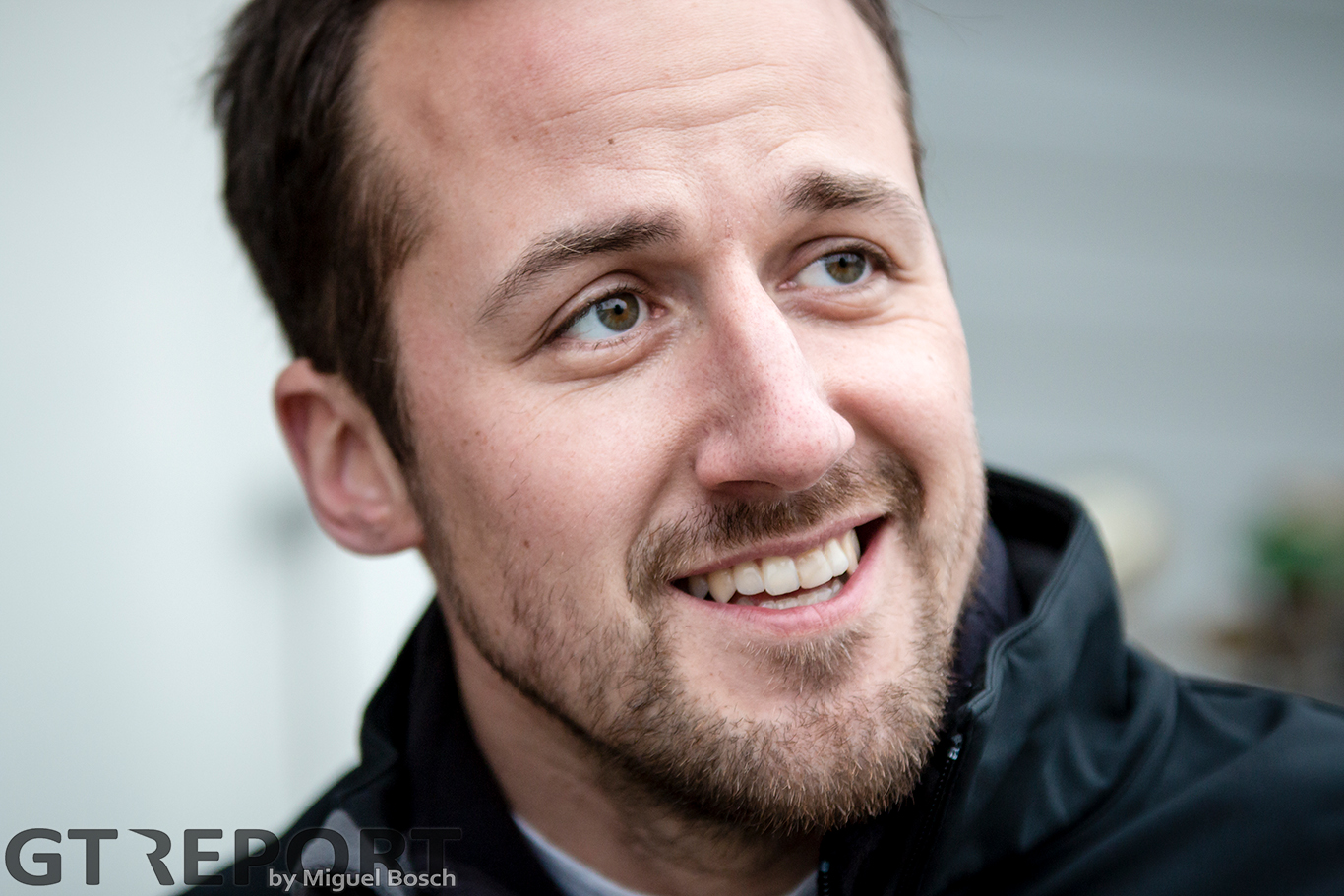 “The first team to compare with is GetSpeed as they are running on Dunlop tyres as well. That gives us a first indication of our pace.

“We wanna be behind Manthey as the third Porsche and that’s a long way to go.”

When Arnold rose through the ranks in motorsports, Porsches were his weapons. Much of his racecraft was learned in the Porsche Carrera Cup Germany and Supercup. Joining Frikadelli marks his return to the brand that brought him into sports car racing.

“It’s a big family in VLN, everyone knows each other, we always say hello and have a talk.

“The chance presented itself with the new team structure to drive the whole season. That was very appealing to me because before I’ve only done two or three races and the 24 Hours every season. Now I have the chance to do the whole season—that was the key point for me.

“It’s a great team: just look at the history of it.

“Everyone here loves their job and fights for the whole team which is nice to see. Of course, now, when you race two Pro cars, it’s different for everybody. Everyone had to get used to the new team structure. It’s not just a switch; you have to work together and let it play out a few times to get the confidence step by step.”

After a stint at Bentley, Arnold joined forces in 2016 with Haribo Racing to race the new Mercedes-AMG GT3. It proved to be a successful combination as the Bale Motorsport-ran team was often competitive and a contender for victory in the 2016 24 Hours of the Nürburgring. 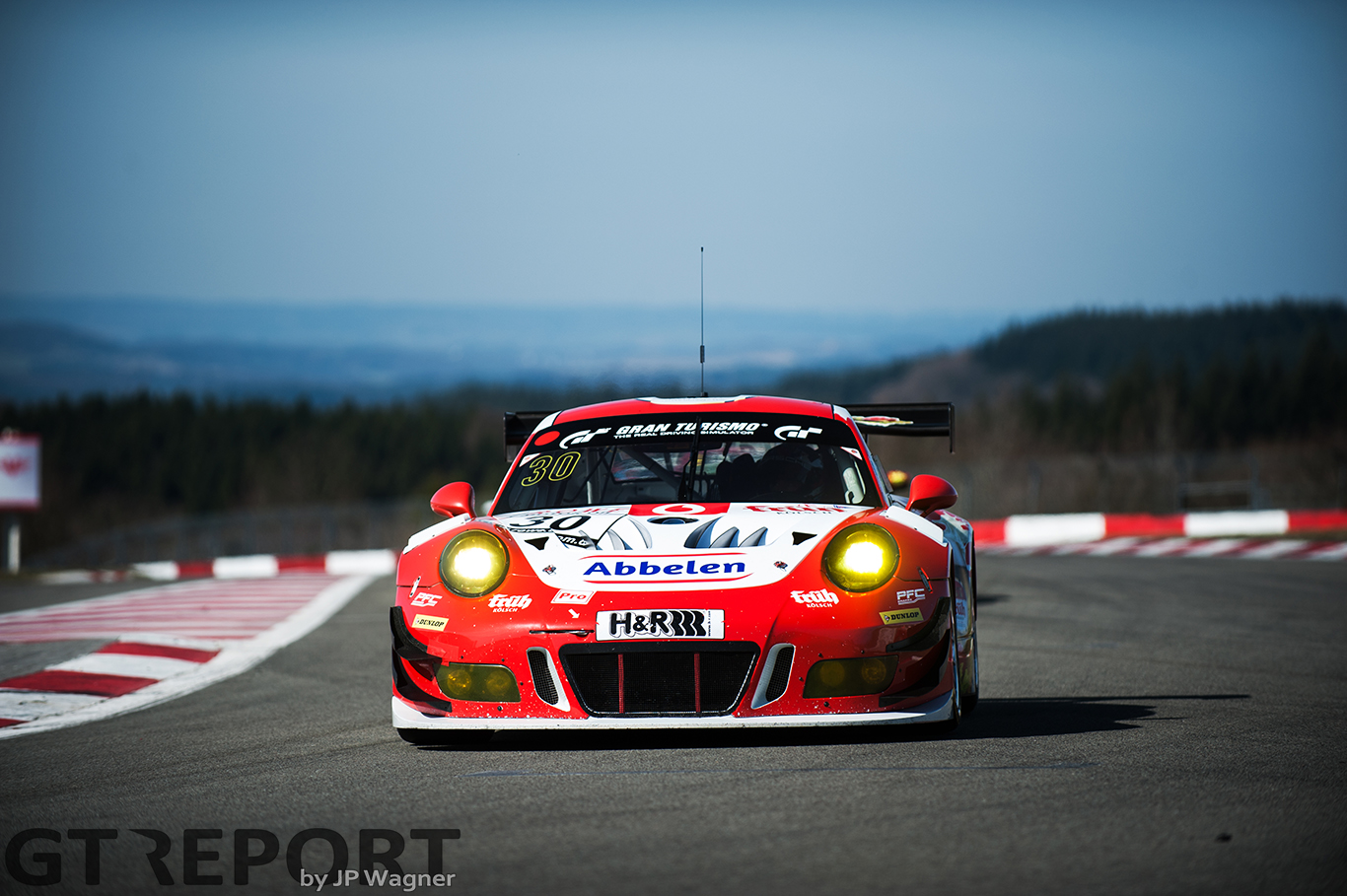 Despite two successful partial seasons, Arnold decided to part ways for 2018 to race a full season with Frikadelli Racing. Shortly after, the news followed that title sponsor Haribo called it quits and Bale Motorsport was forced to shelve its GT3 program.

“For seven years they were here at the Nordschleife. They were always one of the most popular teams with their car design: every kid out there loved this car, the ‘Goldbär’.

“At first, I heard there was the small possibility to drive a few races. This was the reason why I decided to leave the team. But then I heard they stopped racing altogether and I felt so sorry for everyone in the team.

“It was much like here at Frikadelli: everyone loved their job and it was one big family. But I’m happy to see some of these faces here in the paddock again.”

Lance David Arnold is back at the Nordschleife in May for the 24 Hours of the Nürburgring.

“The 24 Hours is next up for me because I have the ADAC GT Masters this weekend.

“The big one is already in four weeks. There’s not much time and we have a lot of work to do.

“It’s gonna be a tough race. We’ll have to see what the weather does because it’s early in May. For us, at the moment, I would say it’s better when it’s not too cold, with our tyres.

“But we’ll see—in the end the pace and the level of driving in VLN and the 24 Hours is so high… I do like that, I like the competition, but it’s fucking hard! If you are 5 seconds off, you are 20th on the grid and that’s saying a lot after 25 kilometres.” 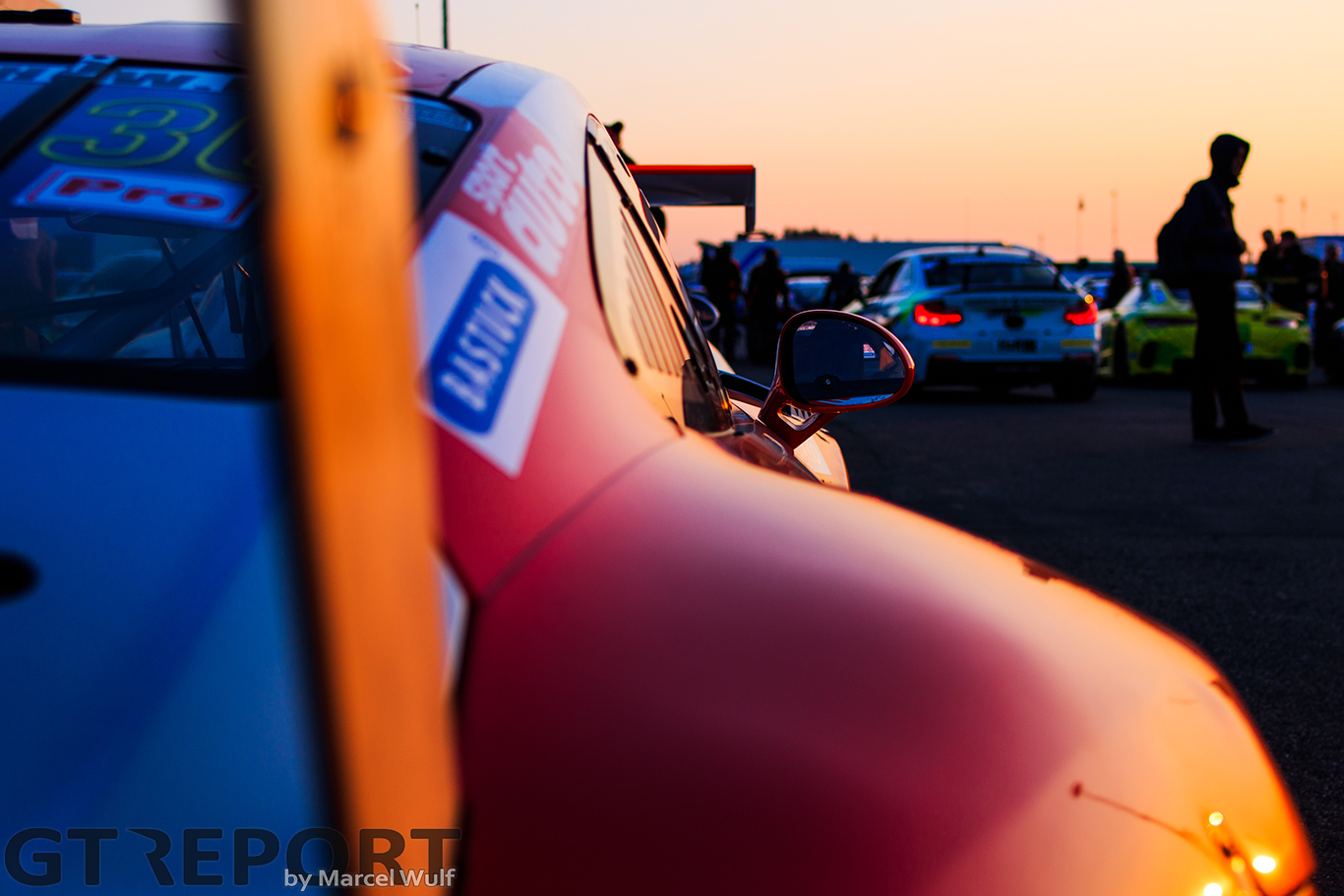 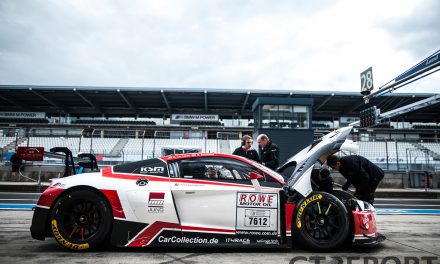 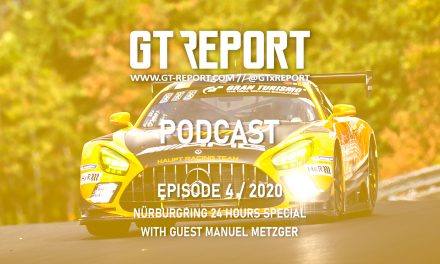