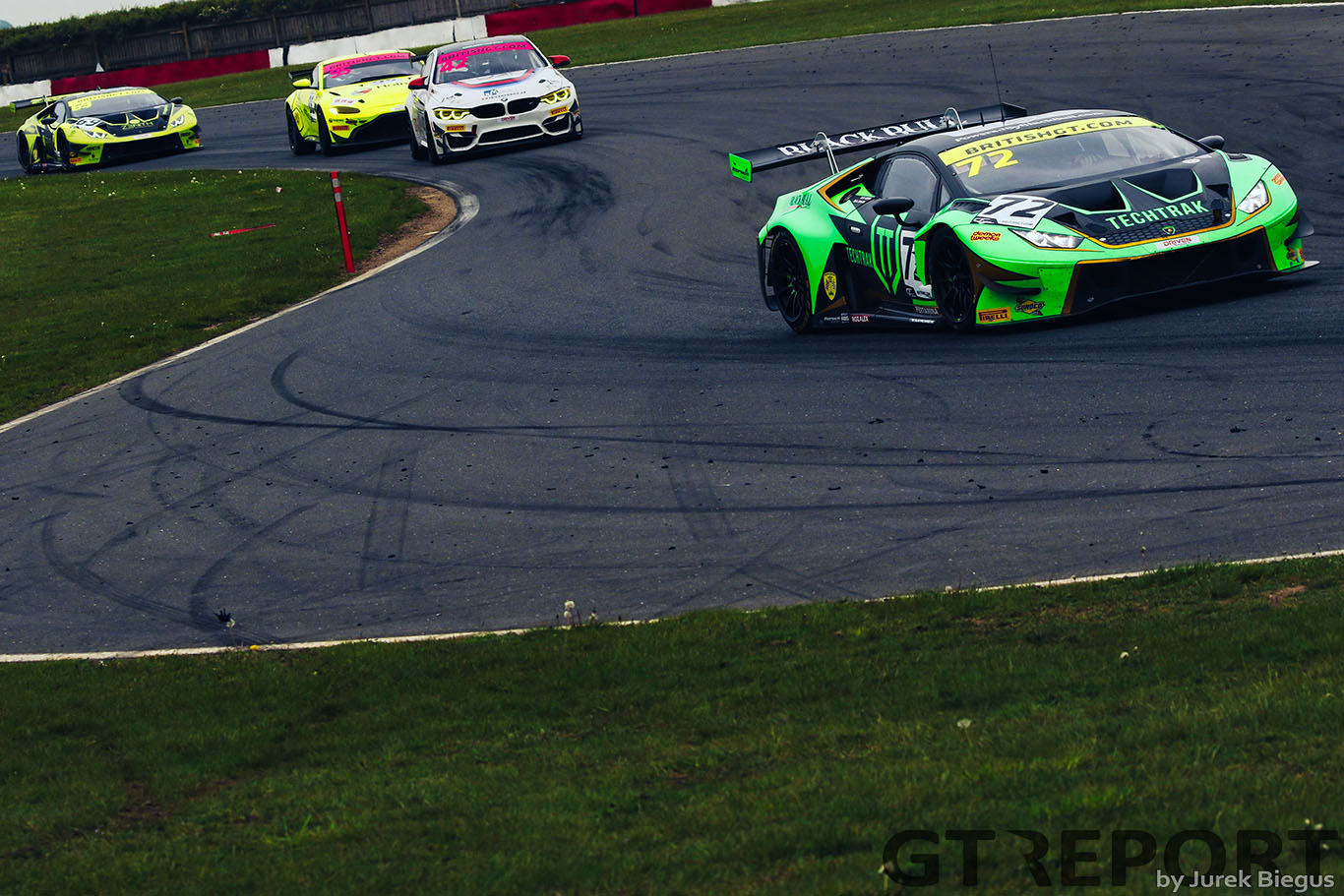 Adam Balon and Phil Keen took their second win of the day as they lead a Barwell Motorsport one-two in the second British GT Championship race at Snetterton.

The second 60-minute race proved to be calmer than the first, with TF Sport’s Nicki Thiim making a clean getaway from pole position to keep Keen behind him.

The Lamborghini Huracán driver tried his best to get past the Dane, but the Aston Martin driver proved too wise to Keen’s attacks and easily fended him off.

That order maintained until the pit window when Thiim swapped with Mark Farmer and Keen stepping aside for Balon. Balon quickly closed the gap to the Aston ahead and when Farmer made a small mistake heading onto the Bentley Straight the Lamborghini was quick to take the place. 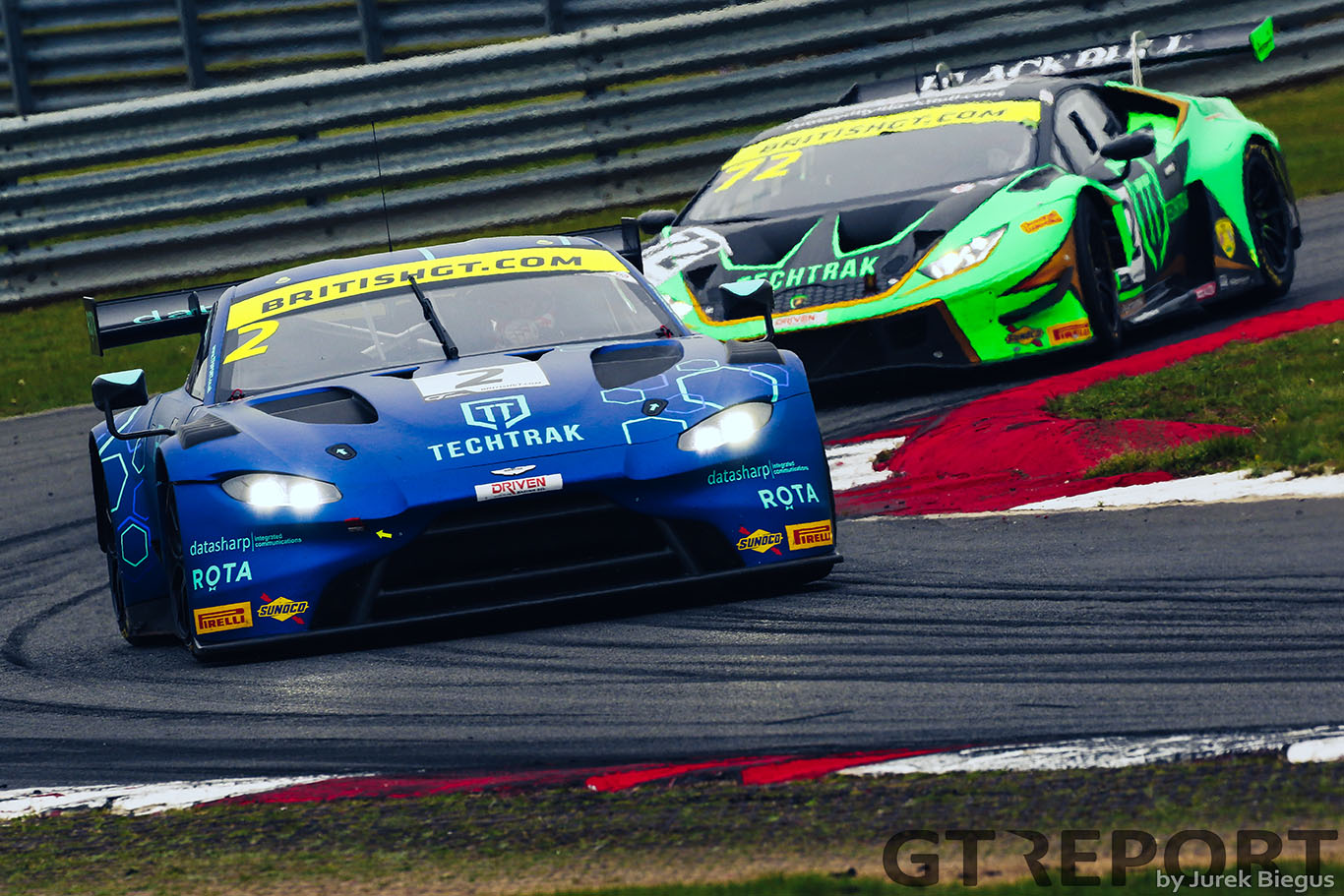 Farmer then had his mirrors filled with the second Barwell entry driven by Sam De Haan who was all over the tail of the Vantage and gained second-place at Oggies when Farmer again ran slightly wide.

That freed De Haan to chase down team-mate Balon and at points it appeared De Haan was lining up a move for the place, but he missed his chance to make a move at Murrays on the penultimate lap as he was blocked by GT4 traffic.

Shaun Balfe was the next to relegate Farmer as he gave the Balfe Motorsport McLaren 720S its first points-scoring finish in British GT with a podium – having got round the outside of the TF Sport driver at Oggies to push Farmer down to fourth.

Richard Neary finished sixth in the Team ABBA Racing Mercedes-AMG GT3, the team having repaired the radiator between races. He lost a position in the closing minutes in the race as Graham Davidson in the second of the TF Sport Aston Martins charged through.

Race one podium finishers Ryan Ratcliffe and Glynn Geddie finished well down the order in the second as Team Parker Racing was penalised for having the Bentley on the jacks on the grid as the three-minute board was shown. The subsequent 10-second stop/go penalty relegated them to the bottom-end of the GT3 field. 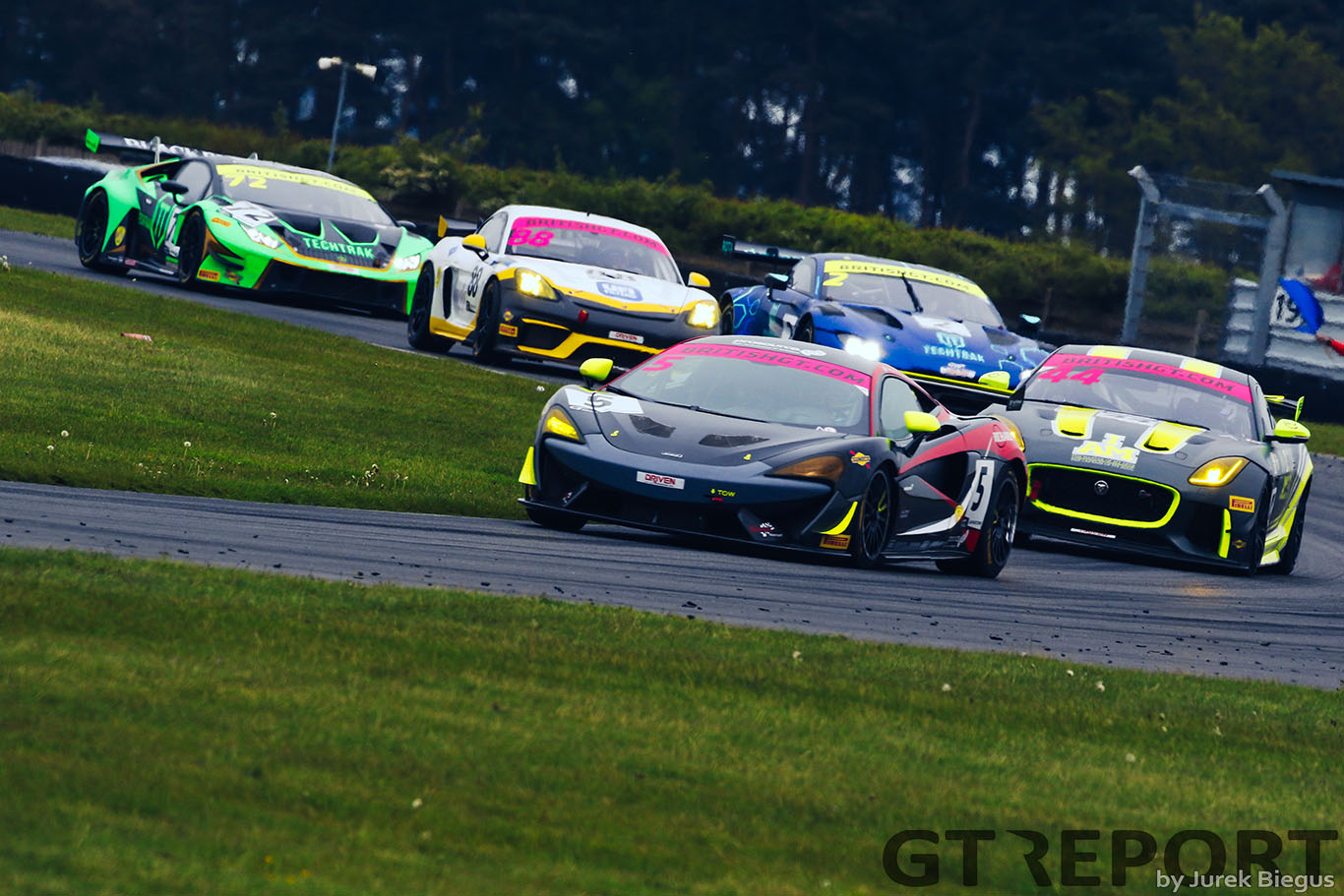 The GT4 category was heartbreaking for Team Parker Racing. After a great stint for class pole-sitter Scott Malvern, Nick Jones appeared to be on course for a comfortable victory in the team’s Mercedes-AMG GT4. However, just 20 seconds from the end of the race, the rear-right tyre came off the rim at Nelson and Jones was forced to come into the pits for a new one. He took the chequered flag in the pits and fell to ninth.

His unfortunate puncture promoted the Tolman Motorsport McLaren 570S of Lewis Proctor and Jordan Collard to sweep to a first victory of the year – their cause helped by a penalty for the #57 HHC Motorsport McLaren because of a short pitstop.

The #57 of Dean Macdonald and Callum Pointon had enough time remaining to recover to third, but couldn’t bridge the 4.490s gap to the TF Sport Aston Martin Vantage GT4 of Ash Hand and Tom Canning who secured second.

Fourth went to the winners of the first race Richard Williams and Sennan Fielding. The pair couldn’t extract the same pace from their Audi R8 LMS GT4 in the second encounter, but still came away with silverware after winning the Pro-Am category.

Scott Maxwell took fifth for Multimatic in the Ford Mustang, just about managing the threat from Kelvin Fletcher in the Beechdean Aston Martin he shares with Martin Plowman.

The next round of the British GT Championship is the blue-riband Silverstone 500 three-hour race on June 8&9. 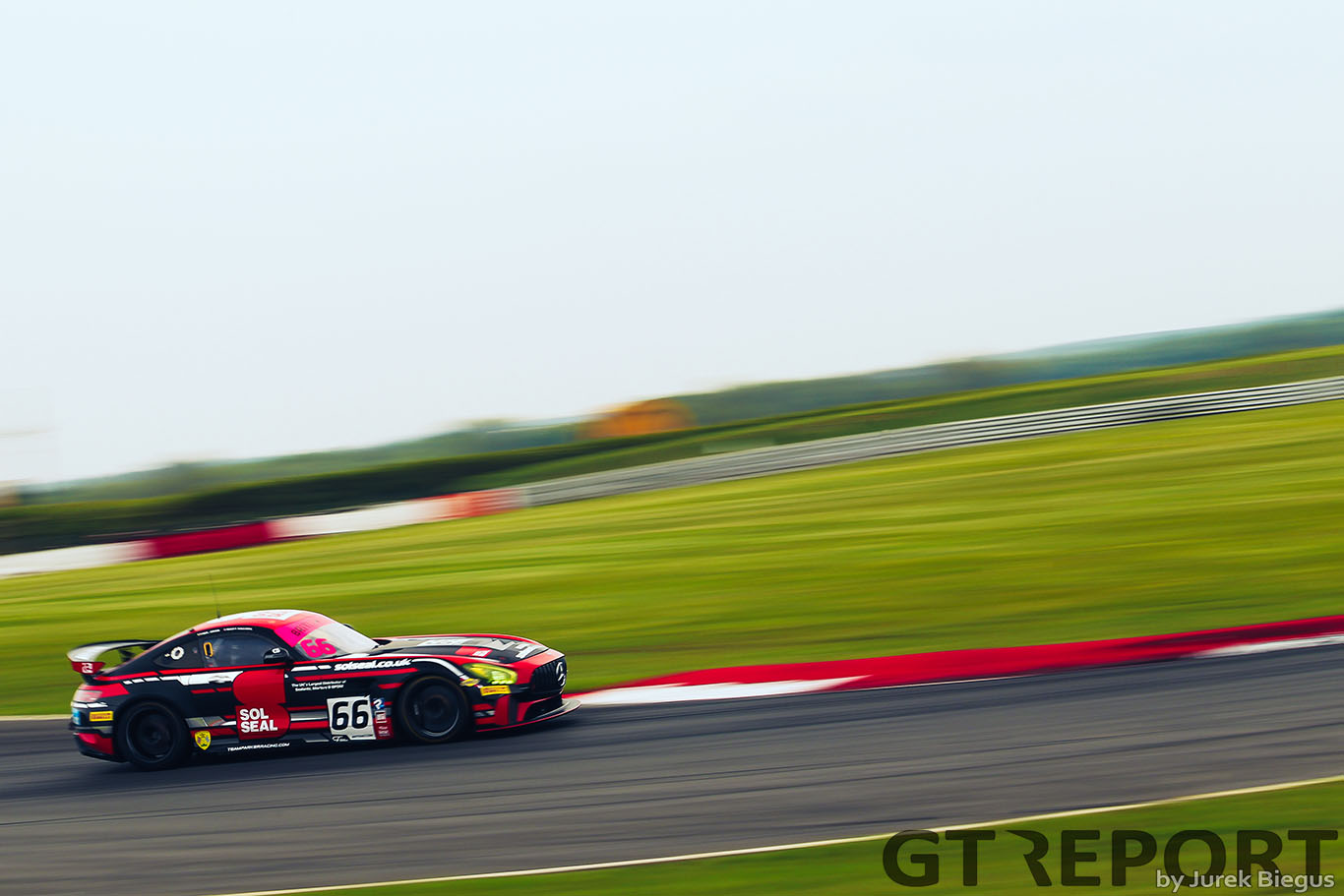 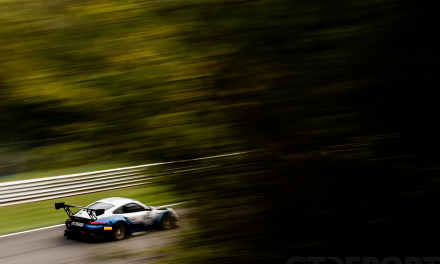 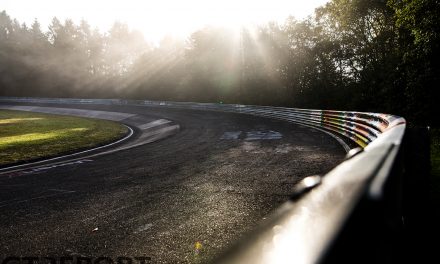 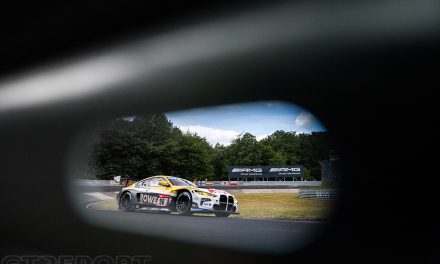 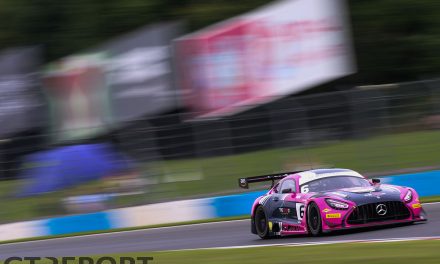