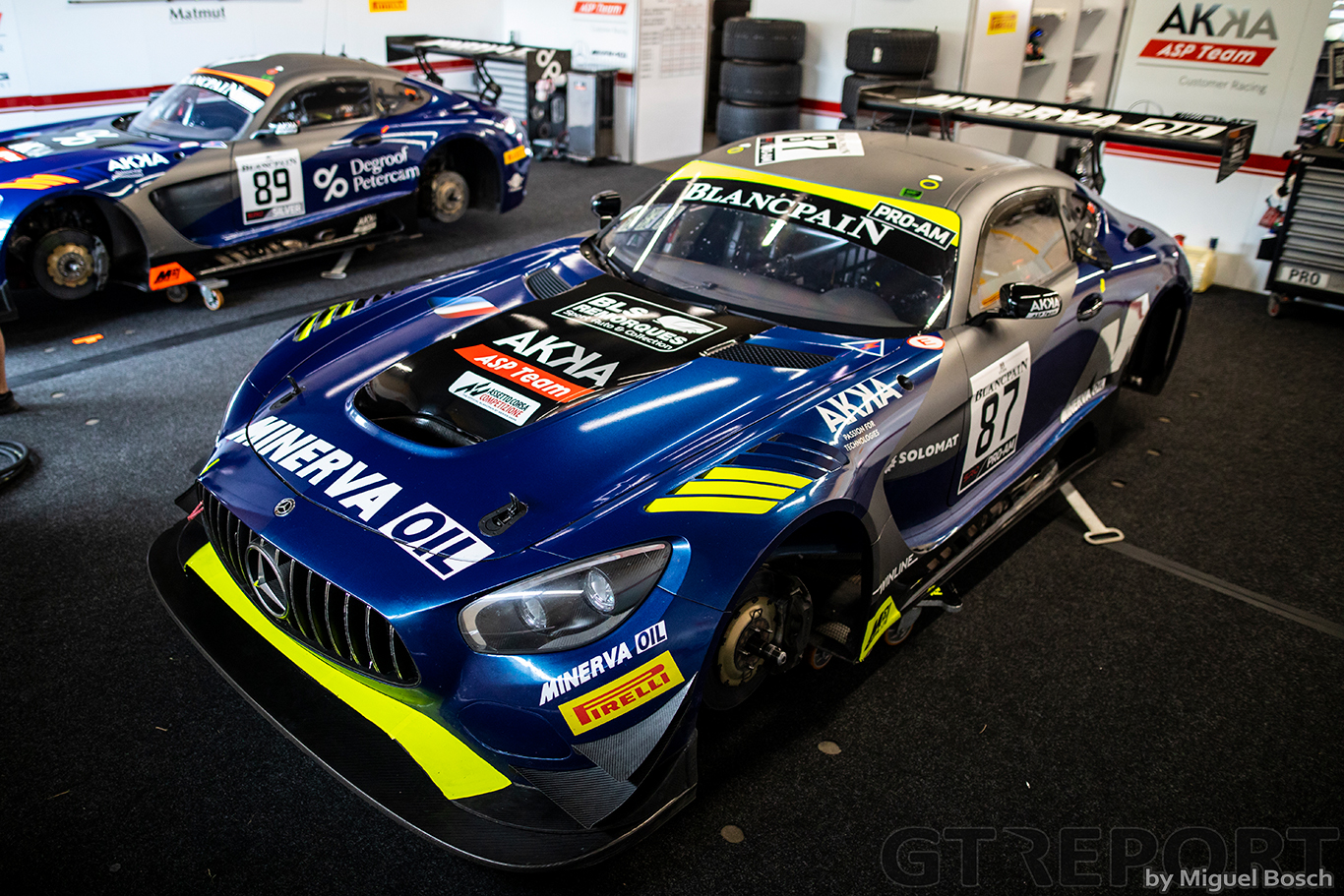 Ten Mercedes-AMG GT3s are slated to make the start of the Spa 24 Hours. The brand from Stuttgart last won the race in 2013 when HTP Motorsport brought the Mechas their third-ever win in the Ardennes classic. That was with the Mercedes-Benz SLS AMG GT3; the Mercedes-AMG GT3 is still awaiting its first victory. In recent years the car has always been a threat at the front-end of the field, usually with Black Falcon and AKKA ASP leading the charge. 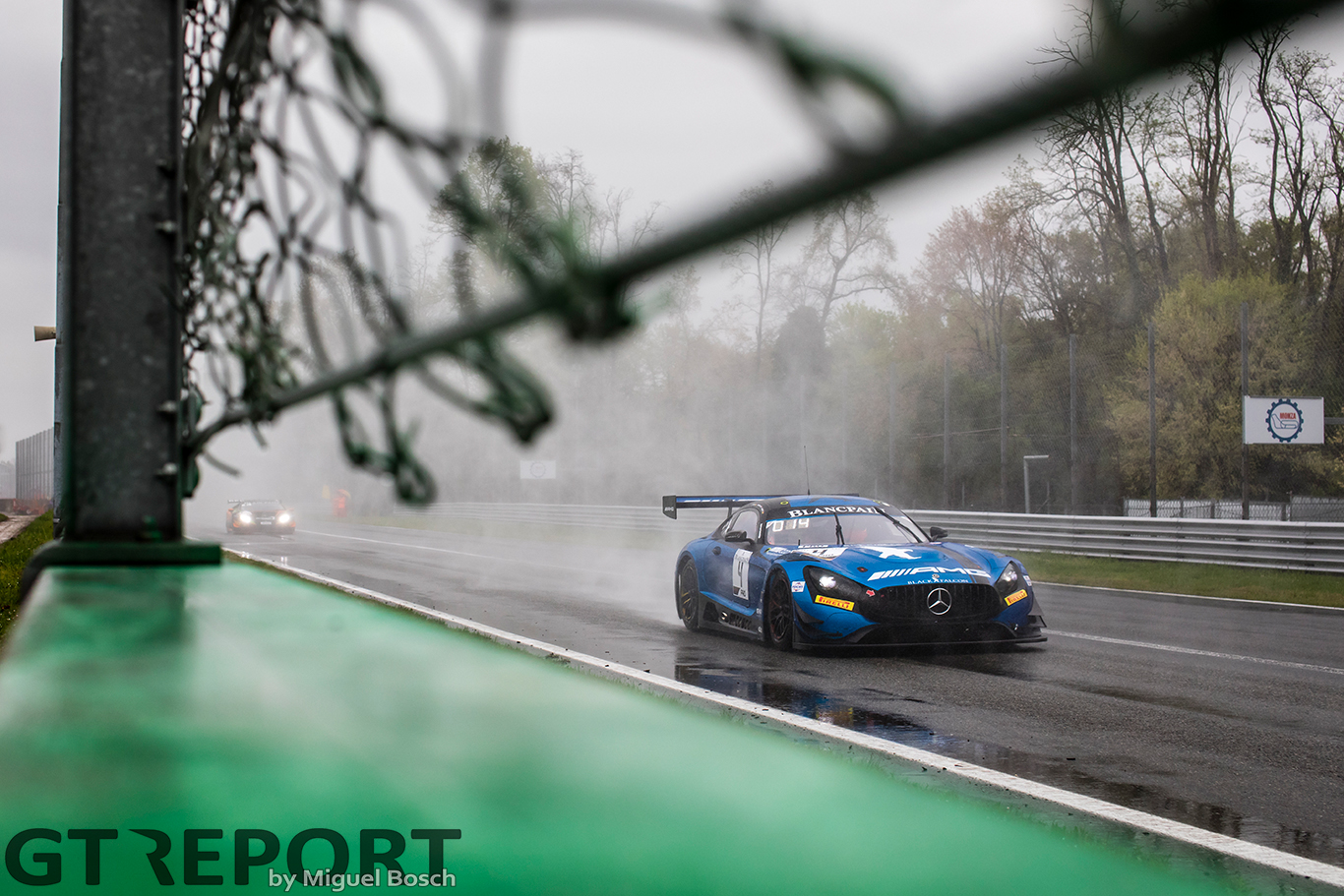 Defending Blancpain GT champion Black Falcon are yet to break through at Spa. The Germans did win in Pro-Am two years ago, but only made it onto the podium in the overall classifications once — in 2011. Last year, the Nürburgring regulars had no answer to the BMWs, finishing best-AMG in fifth position.

It did, however, launch Yelmer Buurman, Maro Engel and Luca Stolz to a successful Blancpain GT Endurance Cup title bid. The Dutch-German trio is back this year in the #4 Mercedes-AMG Team Black Falcon car and have scored solid points throughout the Endurance championship while the Engel-Stolz combination leads the Blancpain GT World Challenge Europe standings.

Goodsmile Racing is back for its second Spa 24 Hours, having contested the race in 2017 under the guidance of Ukyo Katayama. This year, the Japanese crew is teaming up with Black Falcon and brings along its Super GT drivers Nobuteru Taniguchi and Tatsuya Kataoka. Black Falcon and AMG works driver Adam Christodoulou completes the line-up.

All three of Black Falcon’s cars sport a Goodsmile art livery instead of the usual AMG-branded paint job. 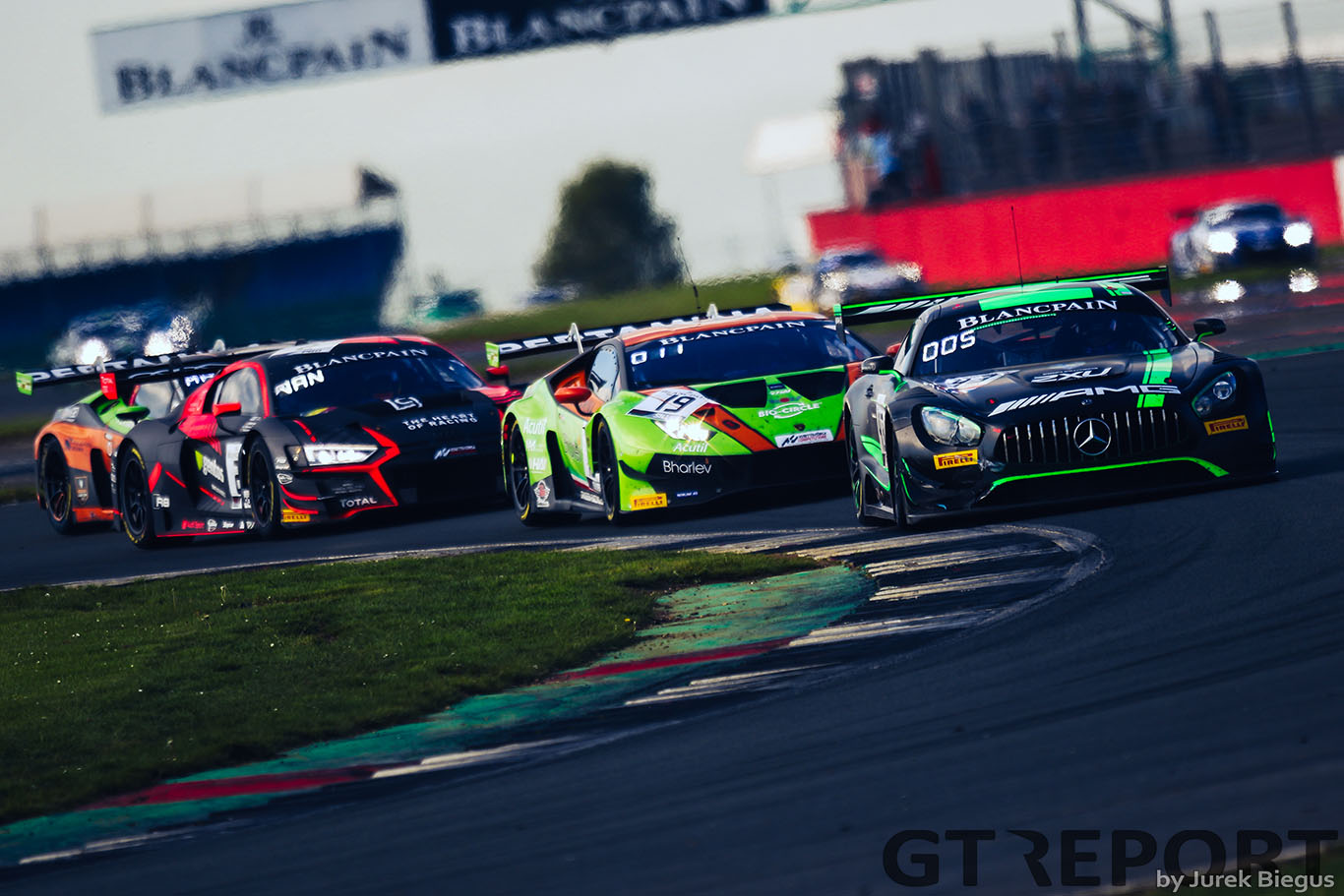 Now in its second year with Mercedes-AMG, Strakka Racing enters one overall-classed car and another for the Pro-Am class.

The main threat from Strakka will come from the #44 AMG with Lewis Williamson, Gary Paffett and Tristan Vautier piloting. Spa marks the first appearance this year of the #44 as Strakka has entered the #43 AMG as its sole contender for the complete season. Back in Silverstone, Williamson finished fifth outright in the #43 co-driven by Jack Hawksworth and the absent-for-Spa Dev Gore. Hawksworth is joined in the #43 by Bronze-rated drivers Richard Heistrand and Christina Nielsen, and Silver pilot David Fumanelli. 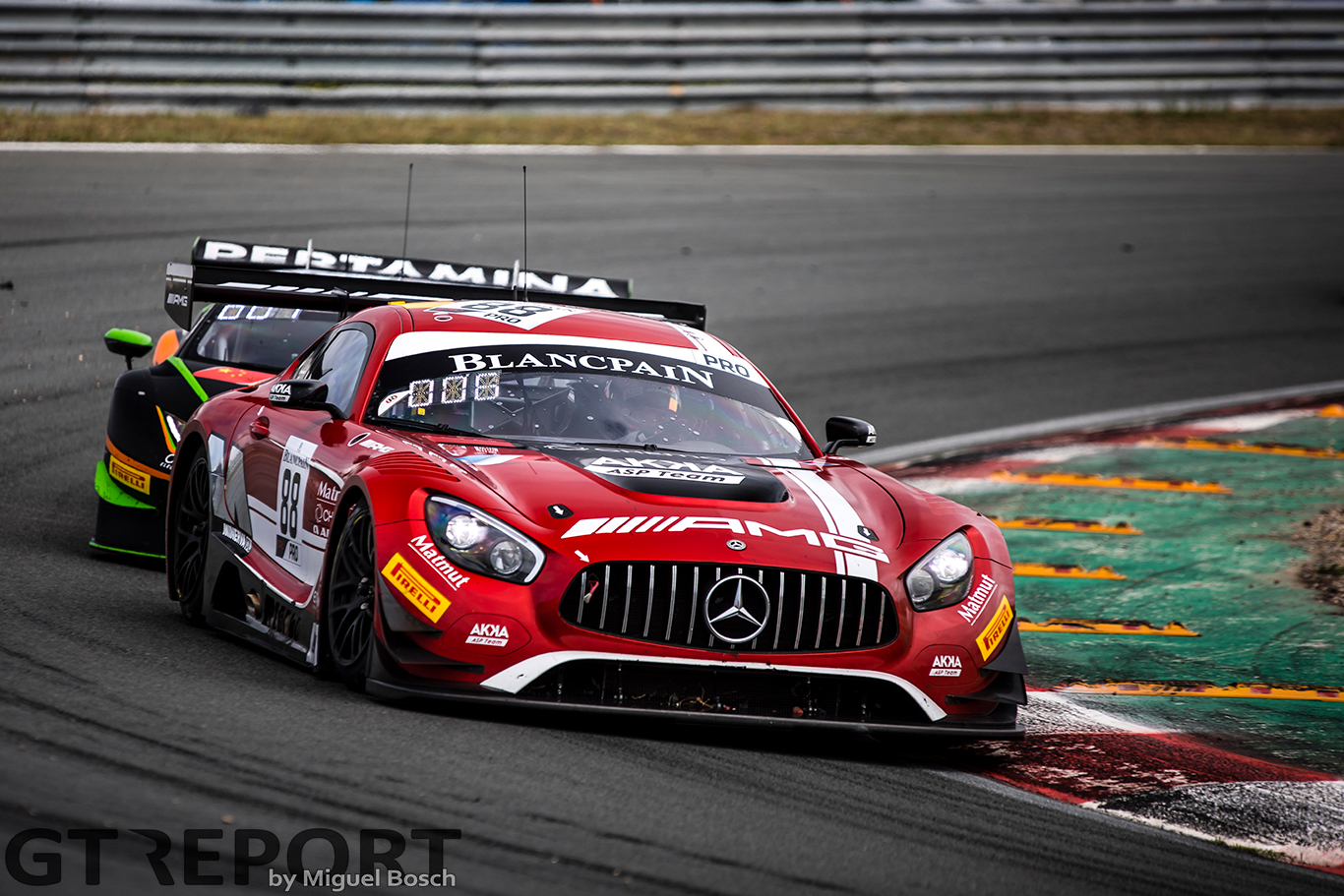 AMG’s third works-supported squad is Team AKKA ASP. The French team switched to the German brand in 2016 and scored a hard-fought second place in the Spa 24 Hours that year, bouncing back from a first-lap minutes-long stop-and-go penalty for a technical infringement during the qualification. AKKA ASP’s podium finish turned out to not be a fluke, as the team would grow to become a championship-winning squad with AMG works driver Raffaele Marciello as its star driver.

Former Blancpain GT Sprint Cup champion Vincent Abril joins forces with Marciello this year, but luck has not been particularly on Abril and reigning Blancpain GT champion Marciello’s side until the recent sprint races at Zandvoort where they finally tasted victory again. Rising star Fabian Schiller teams up with Marciello and Abril in the Ardennes.

Silver Cup championship leaders Nico Bastian, Timur Boguslavskiy and Felipe Fraga will have set their sights on another class win and finishing as high up the order as possible. In Monza that was fourth place overall. 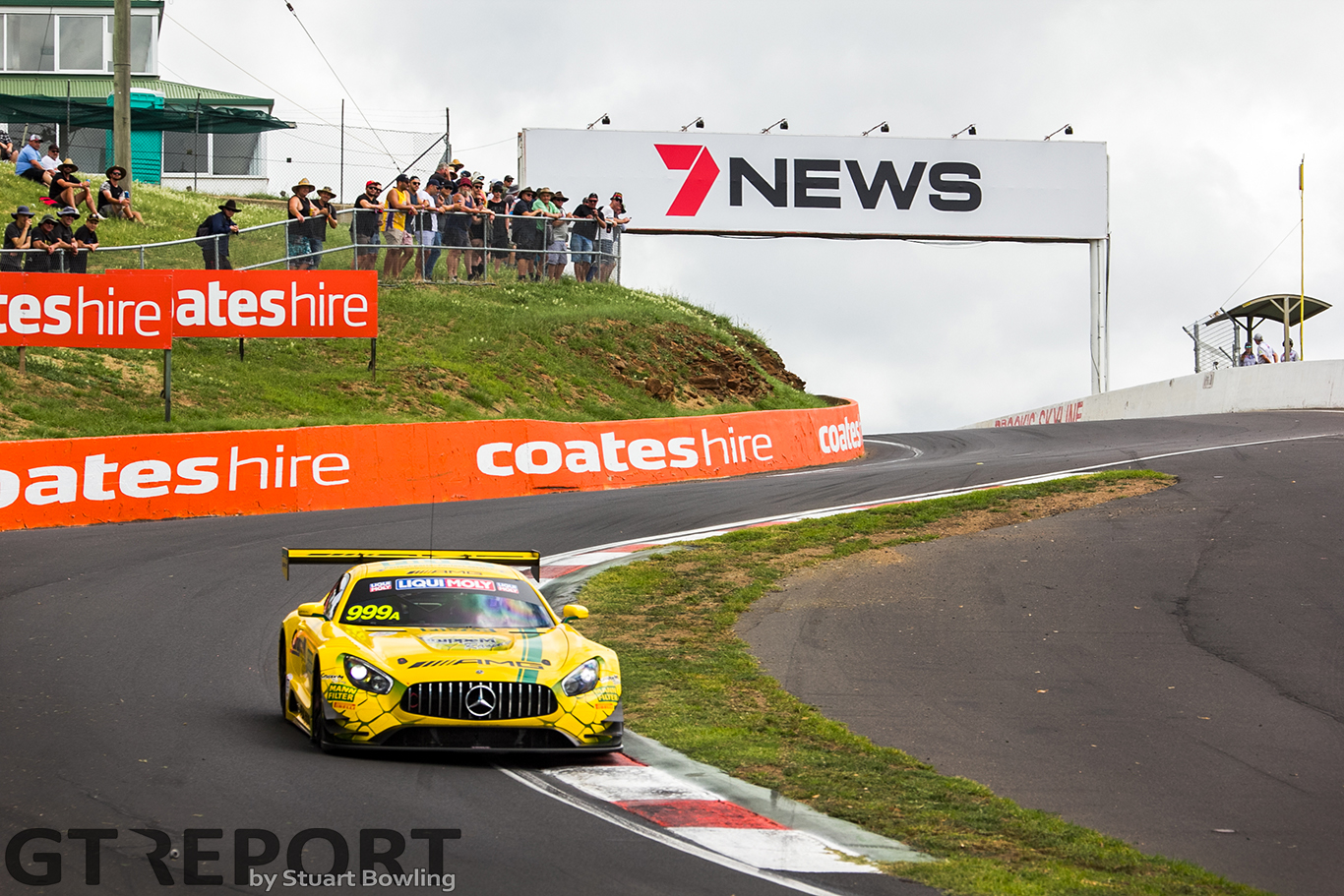 The final of the AMG factory-supported teams is GruppeM Racing, the only full-season Intercontinental GT Challenge representative of Mercedes-AMG. The Hong Kong-based team leads the championship due to second and third places in respectively Bathurst and Laguna Seca. Maximilian Buhk and Maximilian Götz have to do it without Marciello this time as the Italian is on duty with AKKA ASP. He’s replaced with Lucas Auer. 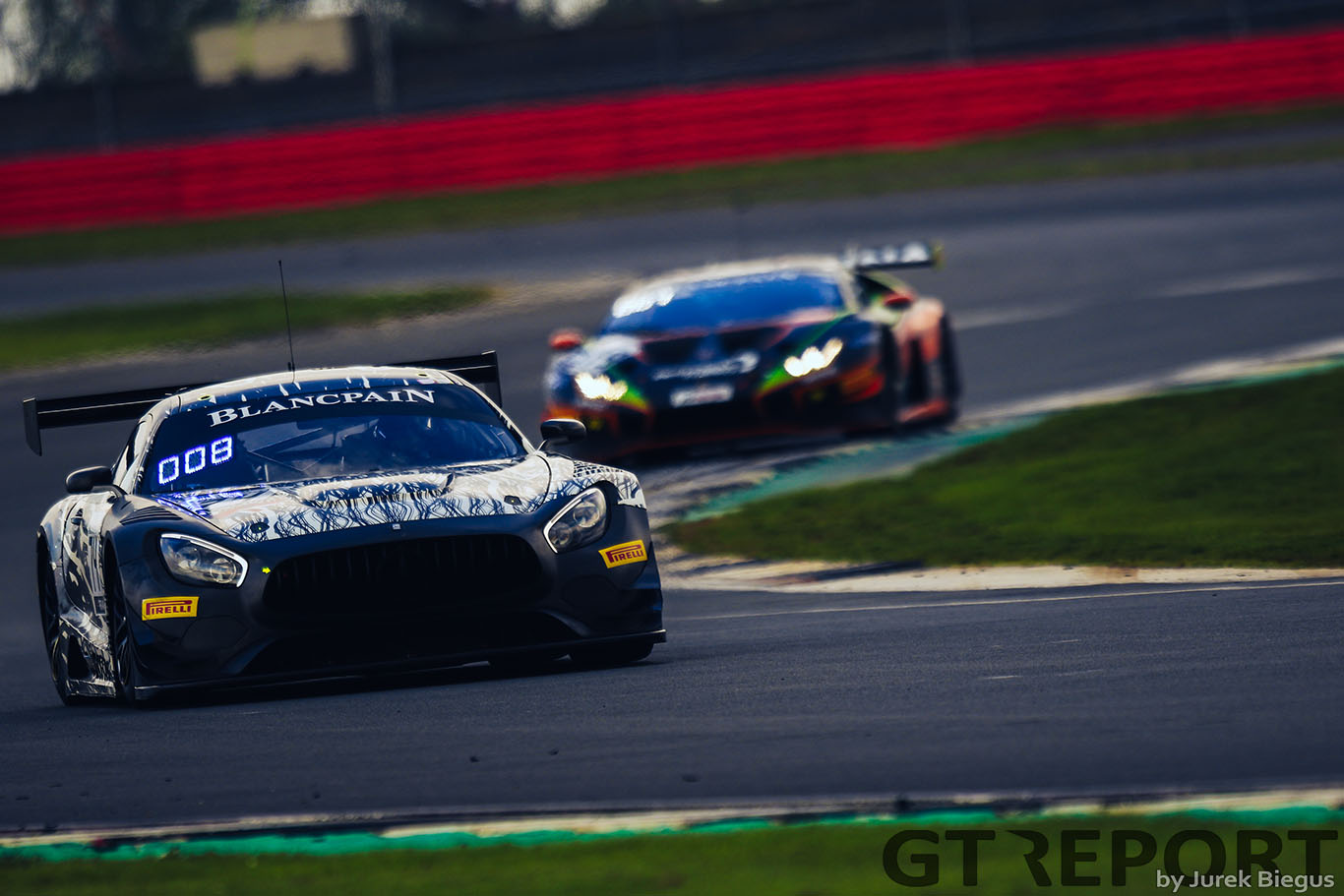 Alongside a successful British GT season, Ram Racing is also running the Blancpain GT Endurance Cup. So far it’s been going well: Tom Onslow-Cole and Remon Vos collected a second place in Paul Ricard when Darren Burke first joined, and a third place in Silverstone when Onslow-Cole and Vos went at it with just the two of them — being stripped of the win as the result of a post-race penalty for avoidable contact. Darren Burke is back for Spa, with 24H Series champion Christiaan Frankenhout completing the Pro-Am line-up. 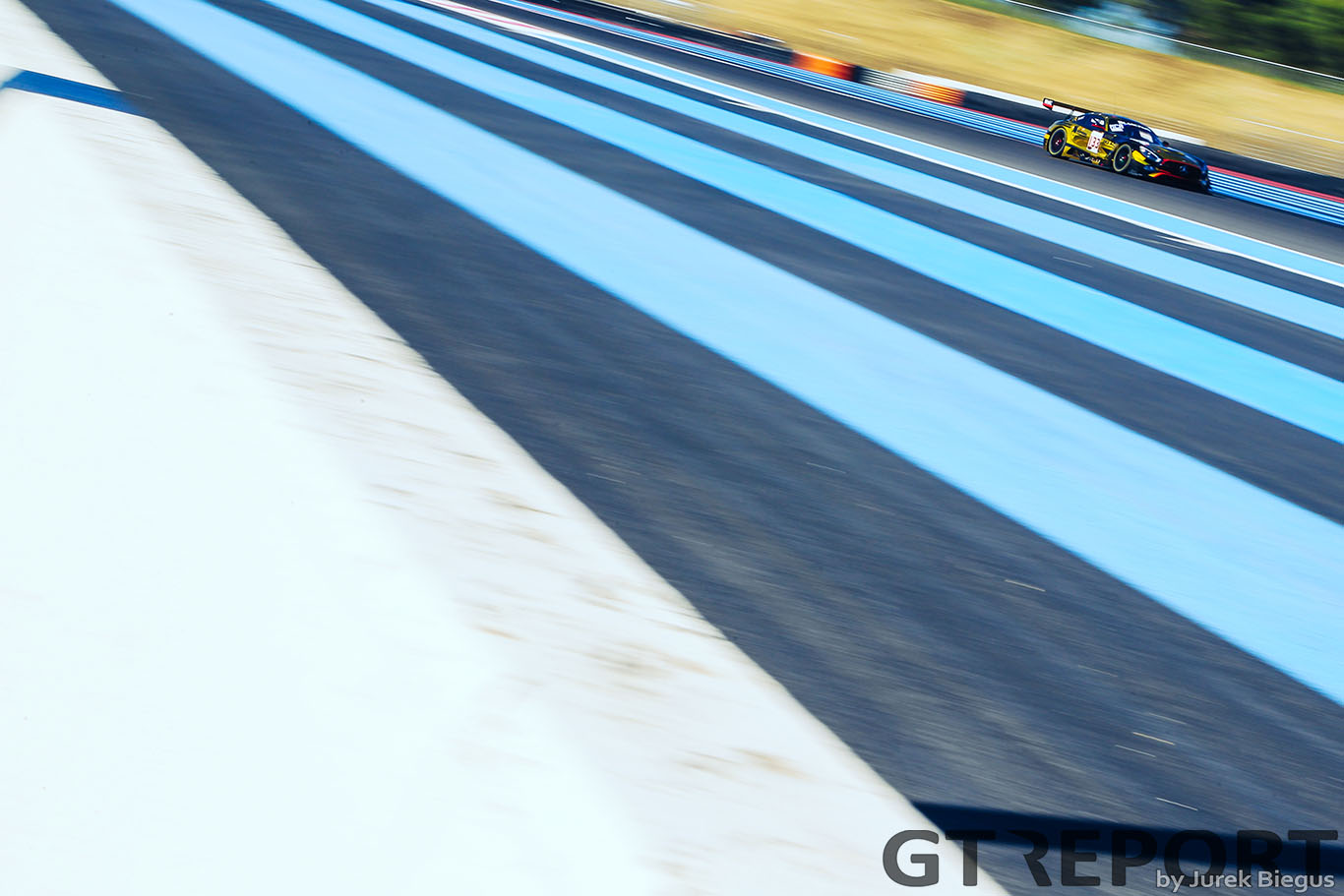 Italian team Scuderia Villorba Corse was last seen in Blancpain GT back in 2014, when it claimed the Pro-Am title before leaving to race prototypes. The Raimondo Amadio-led team made its long-awaited return this summer at Paul Ricard in preparation of the Spa 24 Hours. 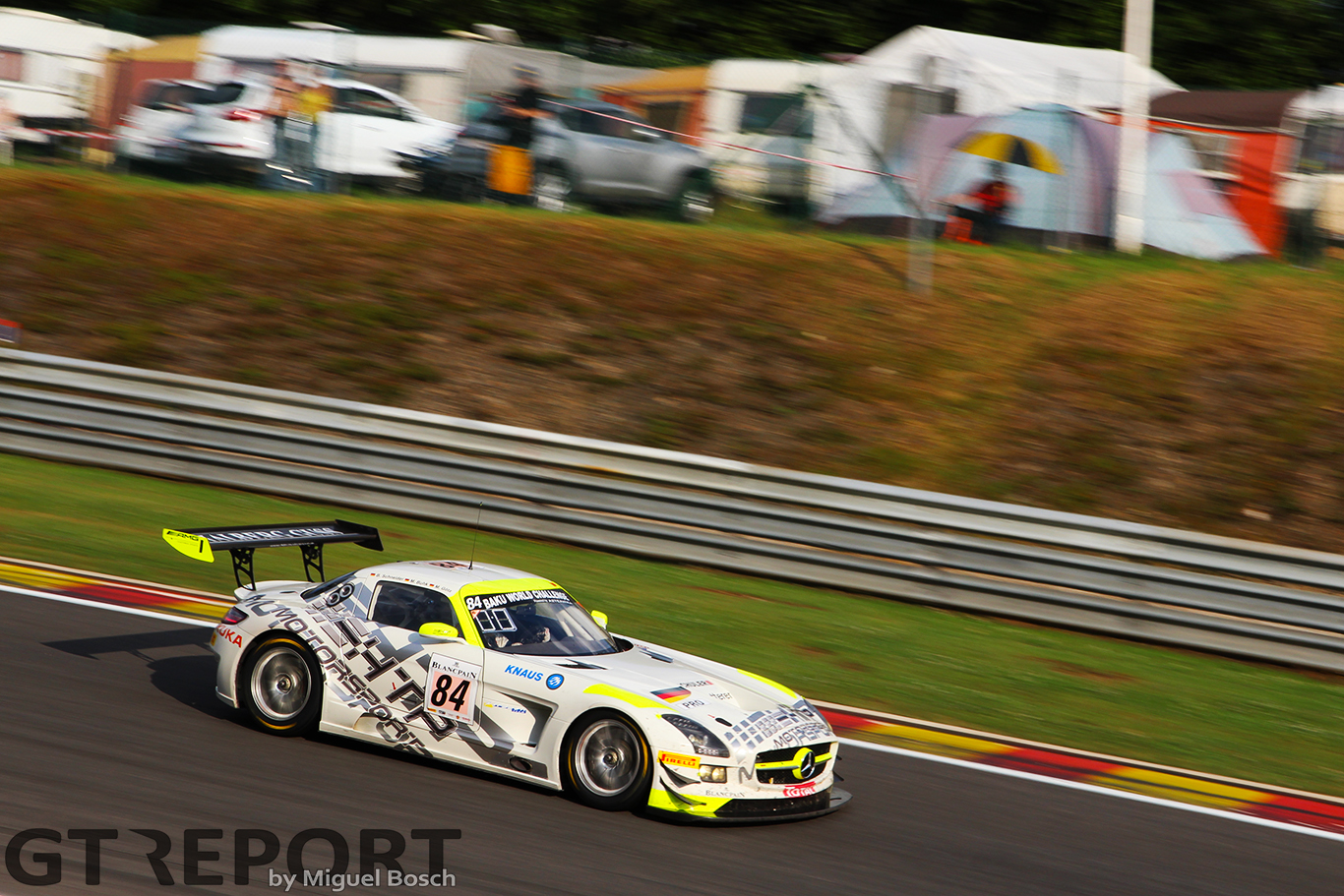 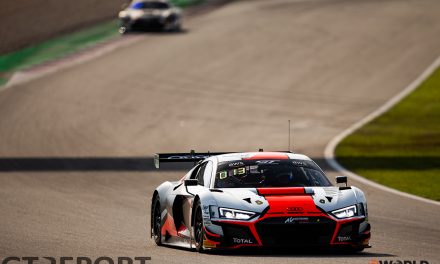 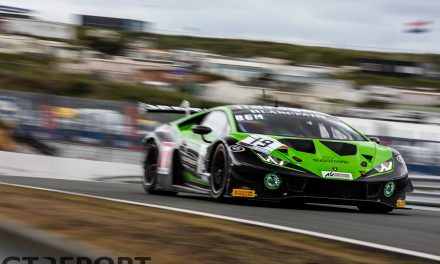