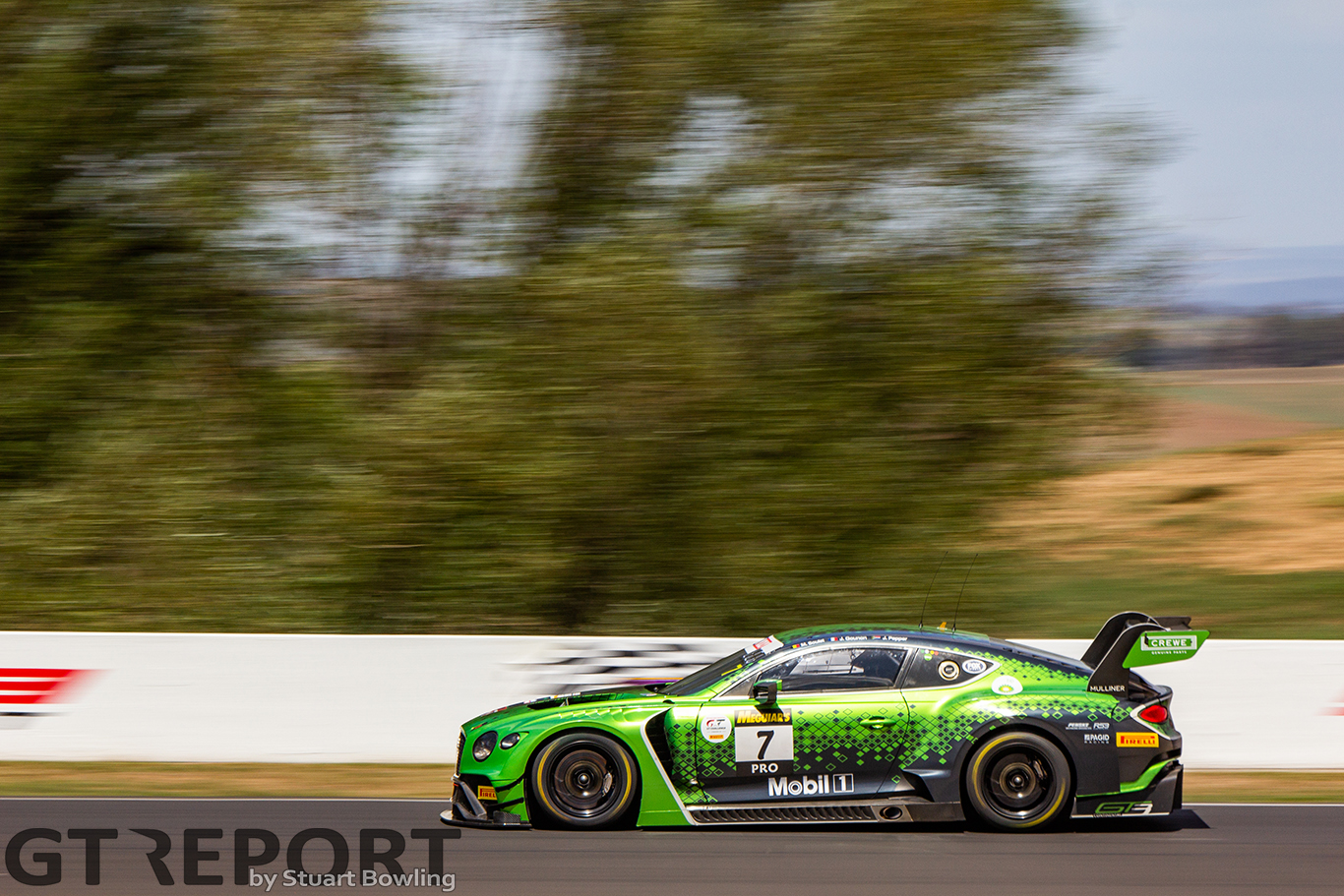 Shortly before the halfway mark was reached, the #2 Audi Sport Team Valvoline R8 LMS GT3 was pushed into the garage by the Melbourne Performance Centre crew. An engine rev sensor issue had forced a visibly frustrated Dries Vanthoor to crawl back to the pits with a stuttering car, evaporating the 2018 race winner’s chances of victory.

Adding insult to injury for the MPC squad, while the #2 Audi was being repaired, the #222 sister car driven by Mattia Drudi made an unexpected pitstop to replace another flat tyre. 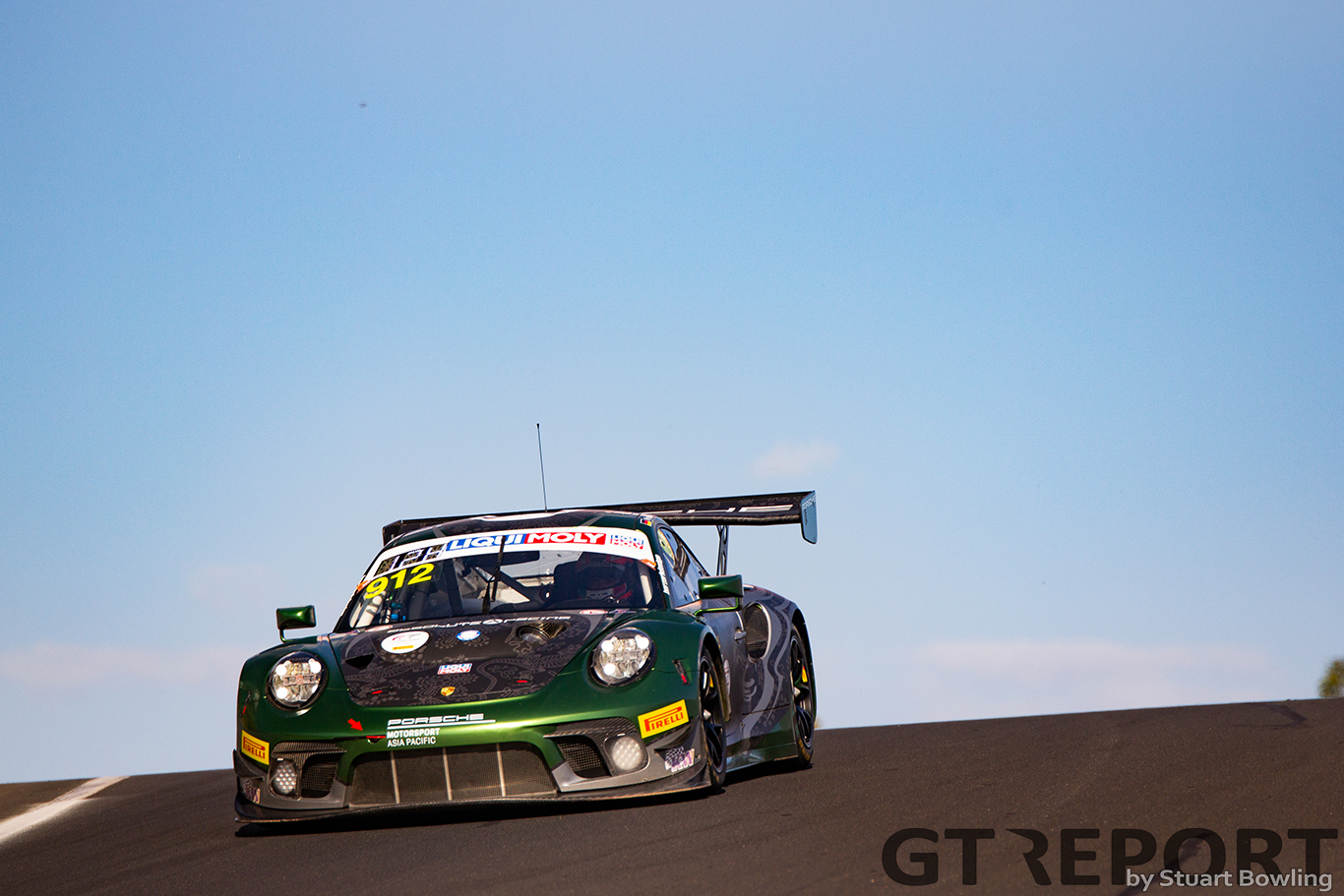 Earl Bamber Motorsport became the first team to go for its mandatory four-minute minimum technical pitstop to change the brakes, calling in the #1 Porsche 991.2 GT3R at 5 hours and 26 minutes to go and dropping the defending winner off the lead lap. It wasn’t an entirely voluntarily choice, as both EBM Porsches have been suffering from brake problems.

After a couple of hours of calm – the longest green-flag racing in the history of the Bathurst 12 Hour – the safety car returned in the eighth hour to recover the stranded #63 Orange1 FFF Racing Team Lamborghini Huracán GT3 driven by Dennis Lind as it had come to a stop on Mountain Straight with a broken fuel pump. The neutralisation cost Jules Gounon – still going strong in the #7 Bentley Team M-Sport Continental GT3 – his 40-plus second lead, but a quick call by the team to change the car’s brakes ensured Jordan Pepper could drive the Bentley out of the pits retaining the lead with its technical pitstop already fulfilled. 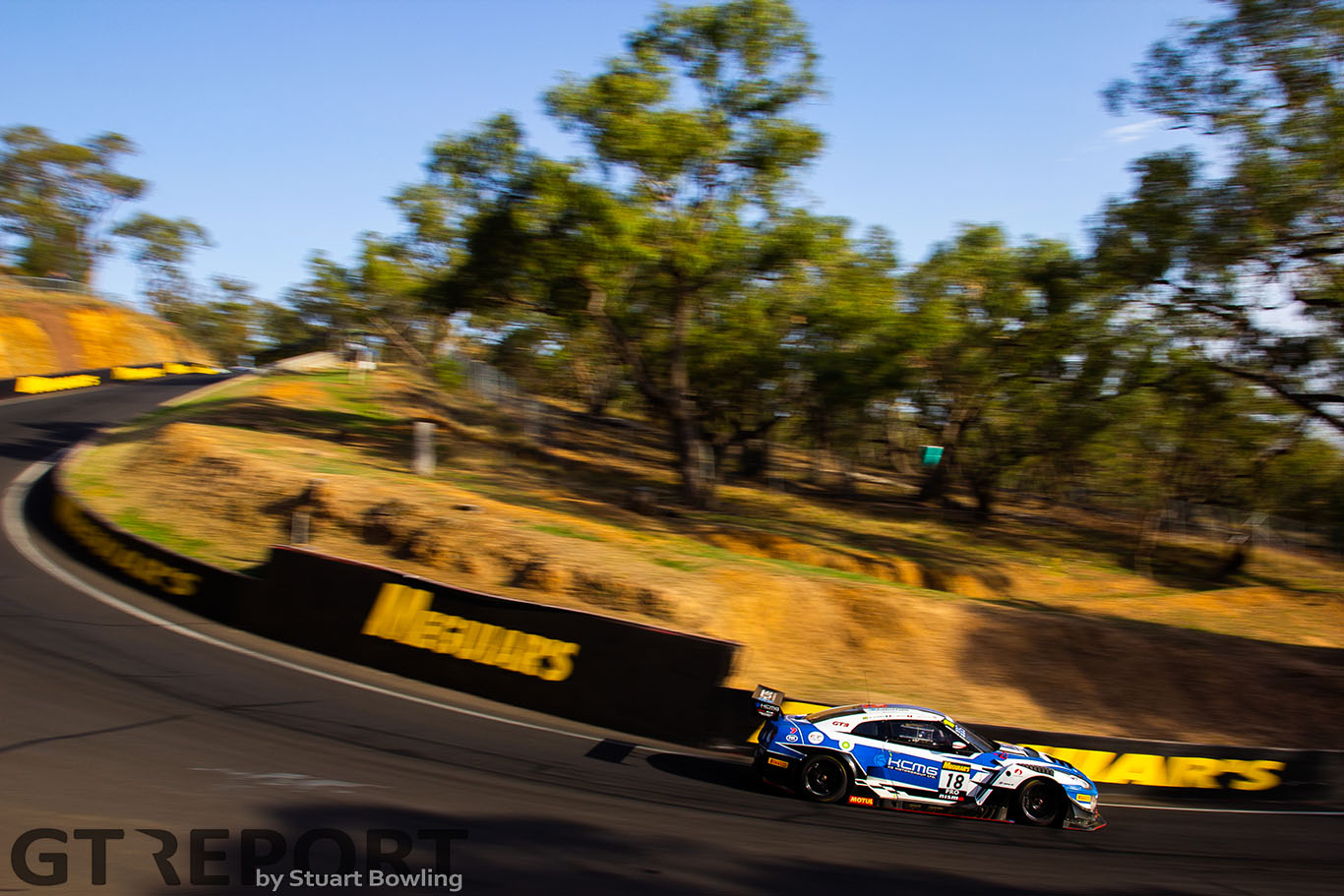 While in third place before the yellow, 59Racing’s #60 McLaren 720S GT3 was handed a 30-second penalty for speeding in pitlane to be served at the next pitstop. With that pitstop happening under yellow, the #60 59Racing McLaren 720S GT3 wasn’t allowed to serve the penalty and got to keep its third place – for the time being – and slotted back in second behind Luca Stolz’ #77 Craft-Bamboo Racing Mercedes-AMG GT3 Evo. The McLaren rejoined the race in tenth after serving its penalty at the next pitstop – and then receiving another one for ignoring blue flags.

Remarkably, the #8 Bentley Team M-Sport Continental GT3 that started from the back of the field as a result of a heavy crash on Saturday morning and an extensive repair, climbed up to P6 with four hours to go, employing an almost carbon copy strategy of its race leading sister car. It wouldn’t be a fairytale ending to a rough weekend, however, as Oliver Jarvis lost it in the dipper due to a puncture. The Brit was unable to get his Bentley turned around and lost a handful of laps while the field circled around under caution before eventually retiring from the race.

At the three hours to go mark Soulet was still leading in the #7 Bentley, followed by the #888 Mercedes-AMG Team Triple Eight Race Engineering driven by Maximilian Götz in second and a large group right on his heels all scrambling to take second away from him.

The Pro-Am class, meanwhile, has seen the #4 Grove Racing Porsche 991.2 GT3R move into the lead after drivetrain problems for the #75 SunEnergy1 Racing Mercedes-AMG GT3. 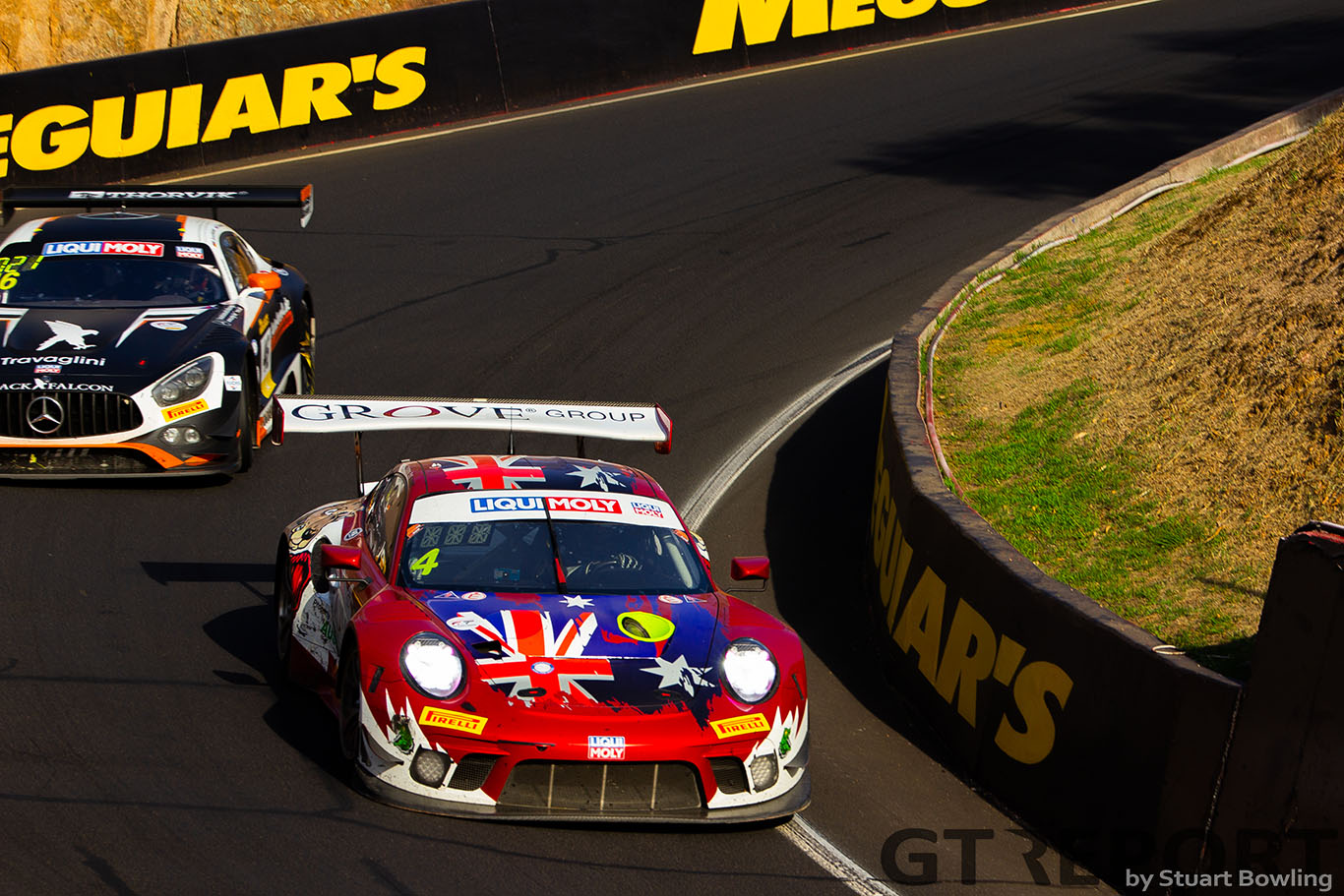 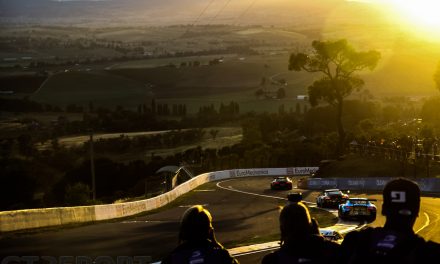