Arthur Kammerer, who won his place on the grid through Assetto Corsa Competizione’s hot-lap shoot-out, has claimed top honours in SRO’s eSports Charity Challenge at Monza – organised after the COVID-19 crisis led to the cancellation of the first few rounds of GT World Challenge Europe.

As well as being an opportunity to get some competitive racing action, the event also raised money for the World Health Organisation’s COVID-19 Solidarity Response Fund, which can be donated to here: sro-esport.com.

On the virtual track, Kammerer’s route to the final marked him out as an early favourite for top honours. The Mercedes-AMG GT3 driver finished second in the first semi-final to secure his place in the 40-car final – which lasted an hour – and quickly found himself battling at the sharp-end with fellow hot-lap qualifiers Nils Naujoks and Mike Nobel.

Joining the trio was Amir Hosseini from the crack sim racing team Racing Line Motorsport, but it was a day to forget for the Mercedes driver. Firstly, a miscalculation in his fuel figures – combined with an overly-robust defensive manoeuvre at the first chicane – dropped him to eighth in the first semi-final. Then in the final, a great start from pole position couldn’t be converted into what appeared to be a commanding win as he crashed into the barriers on the run down to the second chicane.

Running over the kerbs at the first chicane allowed Naujoks to start pulling up the inside, but Hosseini tried to close the door on the German and force him off the road. Unfortunately, the leader came off the worse as Naujoks refused to be bullied with his nose sending Hosseini spinning off and into the barriers.

With Hosseini gone, Naujoks inherited the lead and set about building a gap over Kammerer and Nobel behind to try and counter the 15second penalty he was given for the above contact with Hosseini. Despite some blistering, fuel-efficiency defying laps, he was demoted to third at the flag almost seven seconds behind the leading pair.

That pair were engaged in a breath-taking back-and-forth throughout the closing stages of the race with Nobel trying everything in his power to squeeze his Lamborghini Huracán through. The Dutchman couldn’t make the decisive move, however, and finished a promoted second – half-a-second behind Kammerer.

The first of the non-podium finishers was Axel Petit in the Sun Energy1-liveried Mercedes. At the start of the final lap, it had appeared he’d lost fourth as Ferrari Driver Academy’s David Tonizza – who won the first semi-final – squeezed his way through at the first chicane but a spin and impact with the barriers for the Italian coming out of the Ascari Chicane. His DNF allowed Petit to retake fourth ahead of hot-lap qualifier Luca Tozzato in fifth.

Sixth, and making it a three-pointed star three-four-five-six, went to Danilo Santoro of the Jean Alesi Esports Academy as he failed to make it past Academy team-mate Tozzato despite a scorching final lap.

It was a brace of Lamborghinis in seventh and eighth as Tiziano Brioni held off real-world Lamborghini factory driver Dennis Lind, the latter by far-and-away the best of the real-life drivers who made up a good chunk of the entry.

GTWR’s Giorgio Simonini brought a blast from the past as he finished ninth in the fan-favourite Emil Frey Jaguar XKR G3, while Andre Franke ensured four manufacturers finished in the top ten as he took tenth in a McLaren 720S GT3.

Of note elsewhere in the final, Simon Gachet finished a lonely 13th in his Mercedes, behind the fastest of the Ferraris. That belonged to fellow Ferrari Driver Academy star Enzo Bonito, who won the second semi-final after a captivating scrap with Tobias Pfeffer but couldn’t display the same turn of pace in the final.

Bryan Heitkotter – one of a handful of drivers who can legitimately claim to straddle both real-world and sim racing – was the fastest of the slim Nissan GTR field in 17th – just ahead of David Perel, the real-life Ferrari racer racing a virtual replica of his green 488. The South African had a solid afternoon all-round, with his previous sim knowledge coming in handy, but lost out on a shot at the top ten with 22 minutes of the final remaining as he was spun by Kodi Latkovski – who won gold at last year’s FIA Motorsport Games in the Digital Racing category – at the second chicane.

Also of note was Andy Soucek. The Bentley Boy finished 24th – and highest of the Continentals – in his first competitive sim race, having claimed a place in the final by taking the last qualifying spot in semi-final two, beating British GT4 champion Martin Plowman to the position by just 0.263sec. 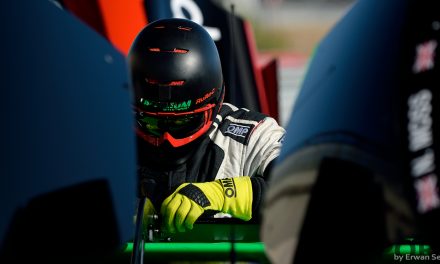 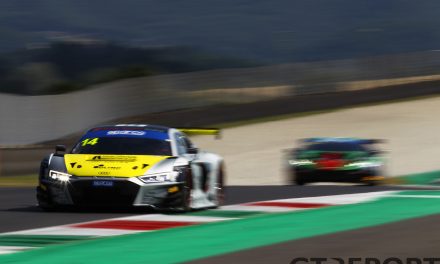