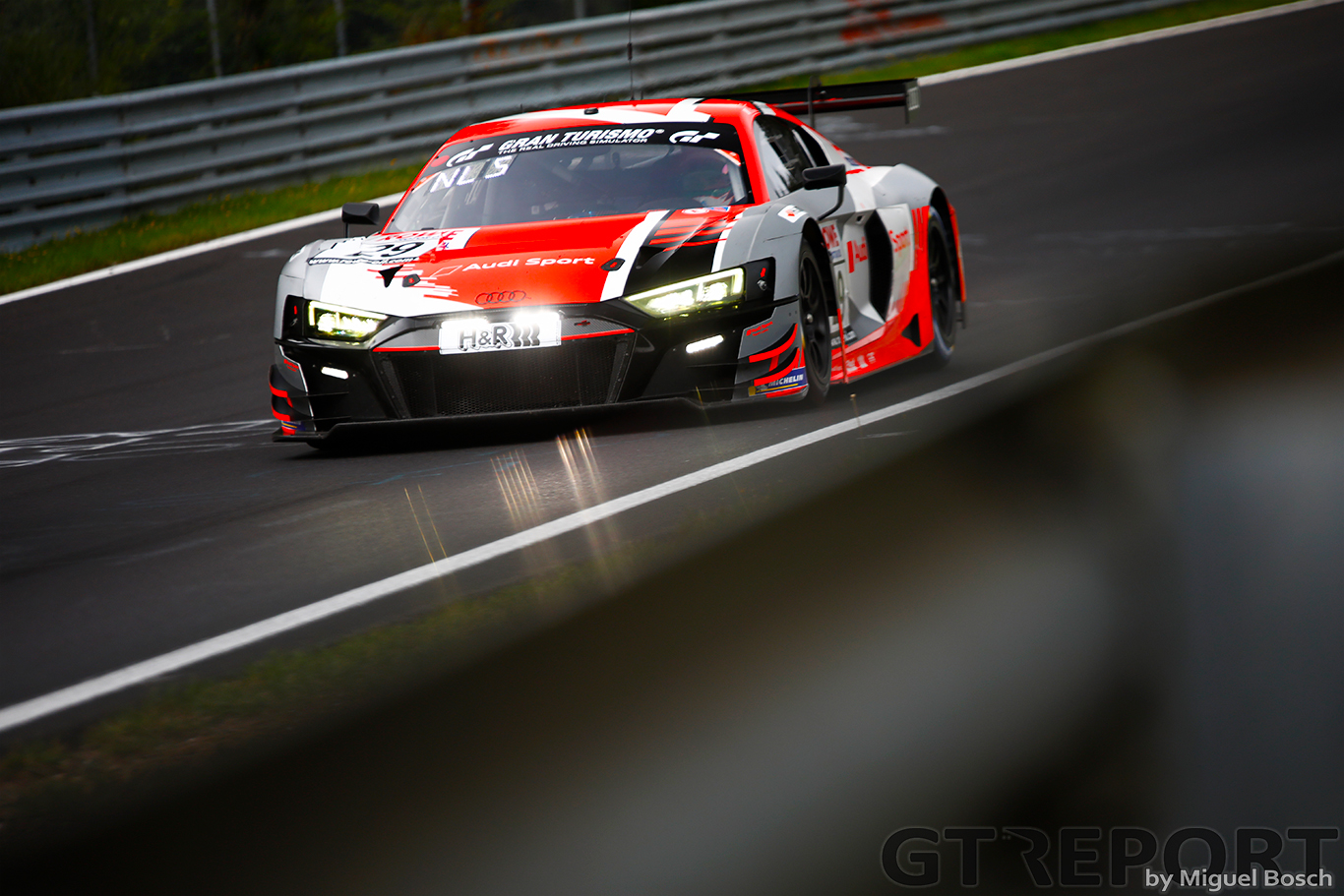 His lap of 7m56.253s behind the wheel of the #29 Audi R8 LMS beat Nicky Catsburg’s early benchmark lap in the VLN4-winning #99 ROWE Racing BMW M6 GT3 by more than two seconds as the South African found just that bit extra round the twisty Nordschleife.

It was nearly an Audi one-two on the front-row but Christopher Haase in the #32 Audi Sport Team Car Collection entry missed out on pipping the BMW by just 0.395s after a storming late lap. 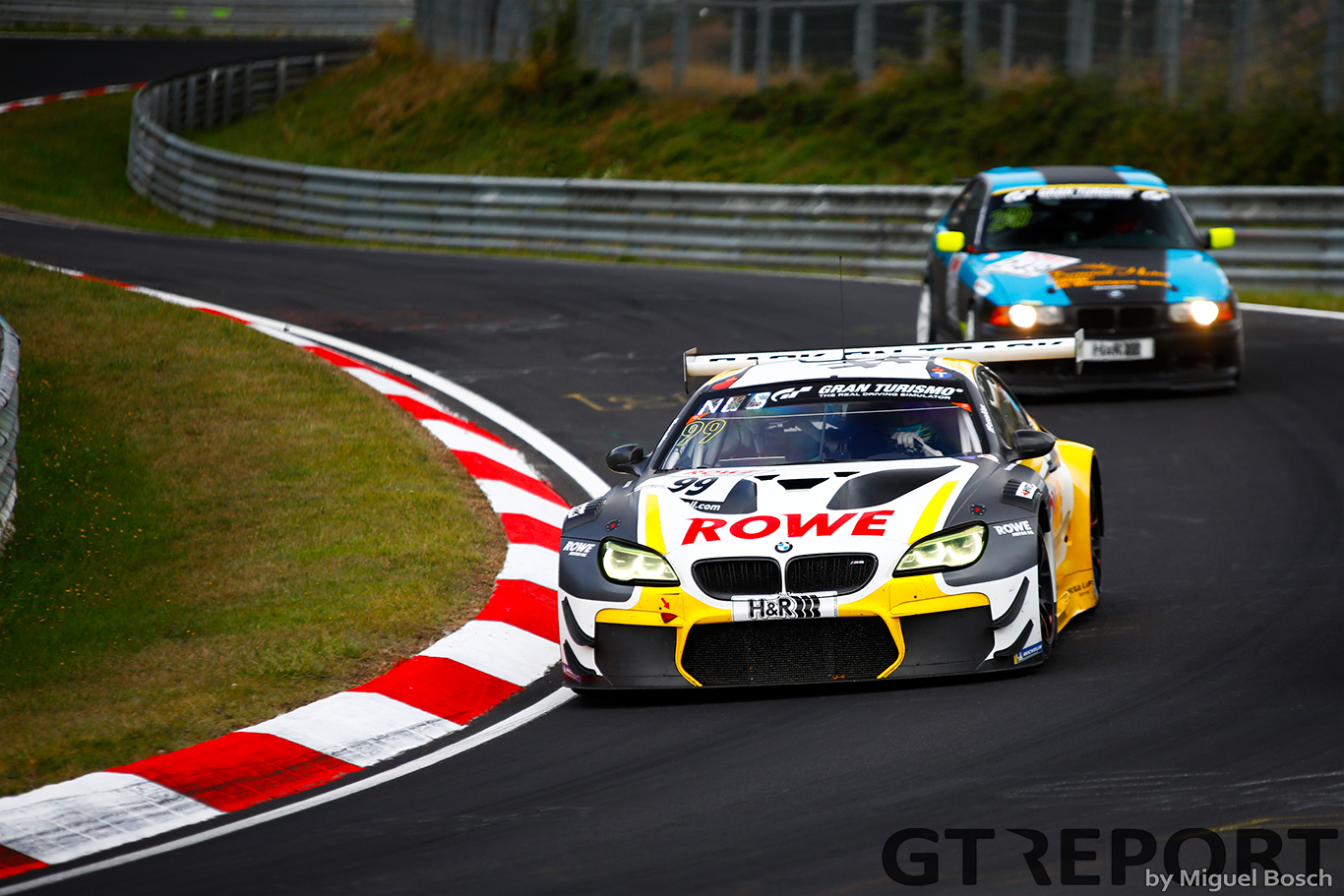 Manuel Metzger, in the VLN3 pole-sitting Mercedes-AMG Team HRT car, made it three different manufacturers in the top four as he put the Mercedes-AMG GT3 he’s sharing with Adam Christodoulou, Maro Engel and Luca Stolz into fourth – pipping Dries Vanthoor in the Phoenix Racing Audi by 0.065s.

Vanthoor will be joined on the third-row by the BMW Team Schnitzer M6 as Augusto Farfus missed his chance to promote the squad into the top five by just 0.028s in a sign of how tight the battle for the second-half of the top five was.

The Walkenhorst Motorsport BMW was the first of the cars unable to break below the eight-minute mark, but David Pittard’s opening effort – an 8m00.385s – was enough for the team to lay claim to seventh, a tenth-and-a-bit ahead of the GetSpeed Mercedes which will occupy the other side of the fourth-row.

Konrad Motorsport is the first of the Lamborghini Huracán GT3 runners in ninth with the second of the Haupt Racing Team Mercedes rounding out the top ten.

Of note elsewhere, the newest of Scuderia Cameron Glickenhaus’s creations – the SCG 004C – has qualified in 44th at the hands of Thomas Mutsch with an 8m41.259s. 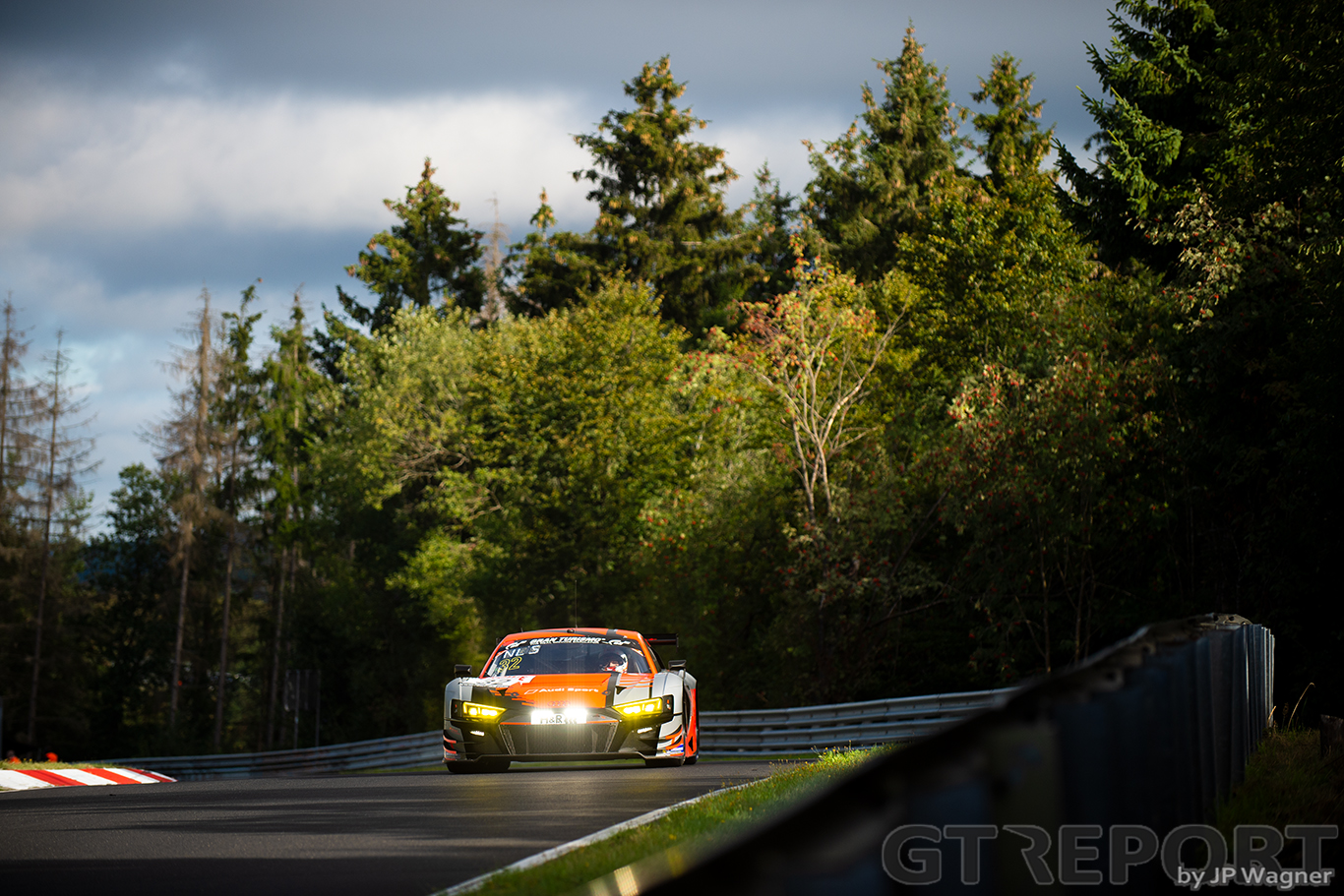 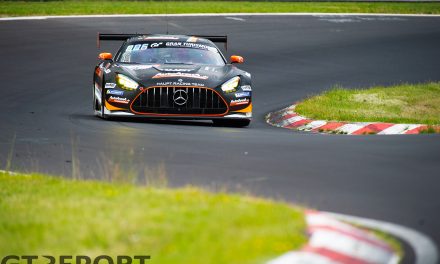 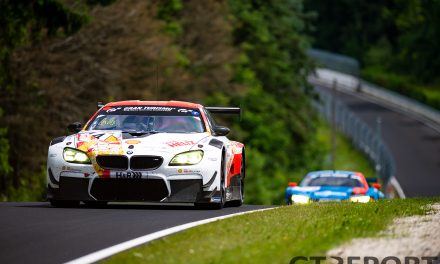 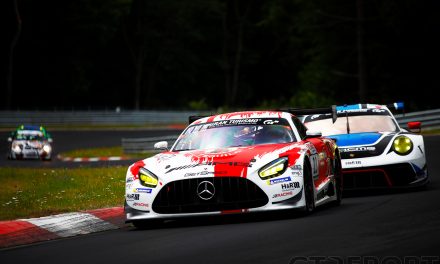 VLN4 onboard: Opening lap on damp Nordschleife with Fabian Schiller