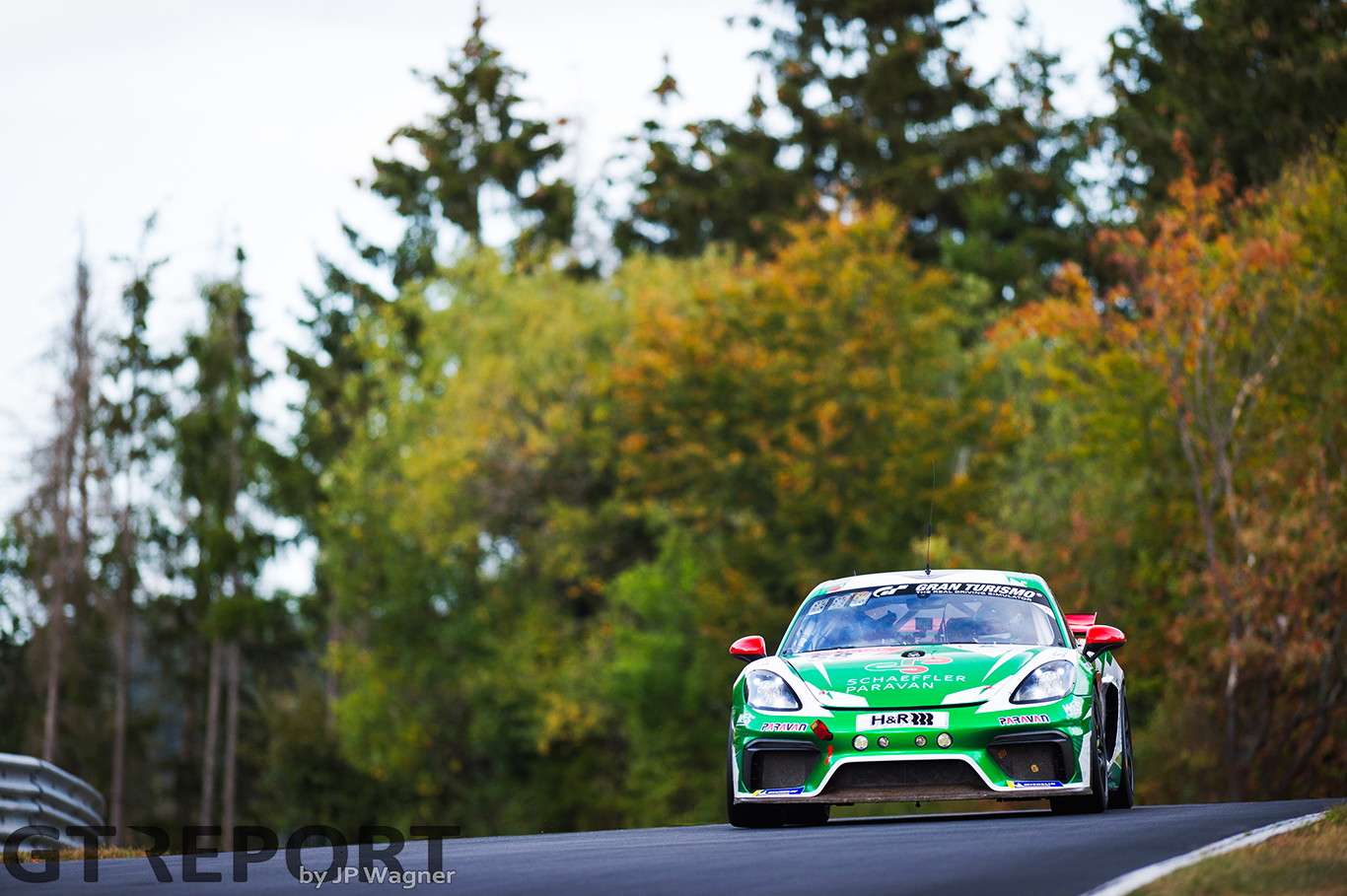 Due to media restrictions GT REPORT is not at the Nürburgring 24 Hours this weekend to report on the race. So instead, we asked a couple of drivers to give us regular updates on the race from their perspective.

First to file their report is Tim Scheerbarth. The 2011 VLN champion and all-round Nürburgring legend and specialist is driving the #58 W&S Motorsport Team Space Drive Racing Porsche Cayman 718 GT4 MR alongside Marvin Dienst, Niklas Steinhaus and Kai Riemer in the SP7 class. The team is currently 57th in qualifying.

Tim Scheerbarth: “Everything went well in Qualifying 1, then for Qualifying 2 we adjusted the set-up for the car a bit. That was the right decision, the car was a bit better in Q2.

“All of our drivers did one or two laps during the night and nearly stayed out of trouble: one of the Rowe Racing BMWs came in a bit fast at Wehrseifen and hit our car. We checked the car in the pits and there was no big damage. The car was OK, but it was unnecessary.

“We’ve seen the live stream and the mistakes of the SP9 boys – the Falken and Haupt Racing boys – I don’t know why they take so many risks in night conditions when there’s some slight rain. Hopefully they can repair the cars and bring them back for the race.

“On Friday we’ll have about 90 cars on track, so less traffic. It’s a shame. We’re driving with a really cool car in the 24 Hours race on the coolest race track in the world and nobody’s watching you, making party, no fans, Brünnchen and everywhere else is completely empty. The feeling of the 24 Hour and the mythos is a bit lost this year. In the paddock it’s really empty, I’ve never seen such an empty paddock since I started racing here in 2007. Fewer spectators and no fans in the paddock is a new feeling but it does make things a little bit easier for the teams. But it feels a bit wrong.” 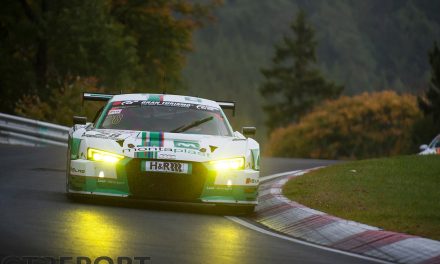 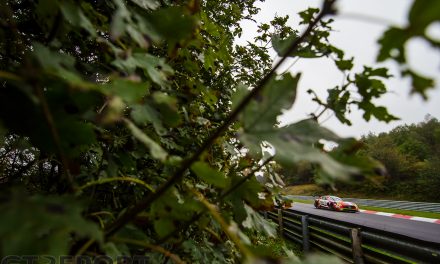