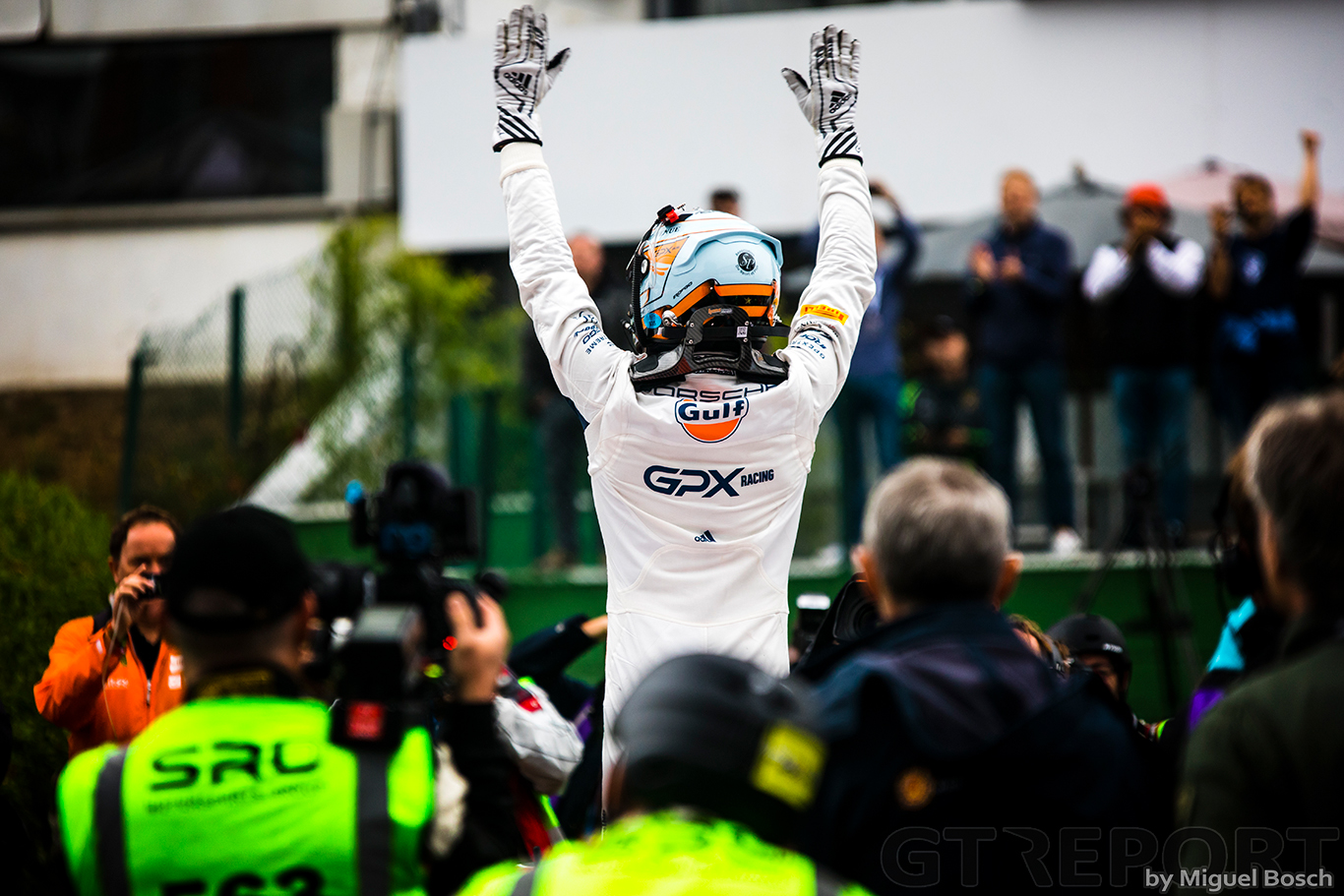 The summer months seem an age ago as the temperatures dip and the nights slowly and inevitably lengthen. It seems an odd time to be looking forward to one final endurance race hurrah, but the last of the big three European 24-hour races, the Total 24 hours of Spa, is almost upon us. Minus spectators and three months later than originally planned it is still an eagerly anticipated event on the international motorsport calendar. Our Spa 24 hours 2020 preview is here to look at the key points in this year’s race.

Predicting the outcome of a race such as this is mostly a fool’s errand and being held in autumn as opposed to its usual summer date, could throw up a few surprises. A repeat of the rain that washed out the 2019 race is entirely likely and if that could occur in July, the Ardennes weather will almost certainly play a role in late October. Taking the recent Nürburgring 24 hours as a guide then it would be wise to expect a weather induced disruption to the race.

The entry list is of course down from recent years, just 56 cars compared to 2019’s 72 with the biggest hit coming in the Am cup which has its entry cut from thirteen in 2019 to just three. Pro is down from 35 to 28, whilst the Silver Cup remains the same with twelve entries. Remarkably, the Pro-Am entry has risen from eleven to thirteen cars in 2020.

In total eleven manufacturers are represented in the race with Porsche being the car of choice with eleven entries just ahead of the ten cars fielded by Mercedes-AMG. Audi and Lamborghini bring eight cars apiece to the party followed by Ferrari and Bentley with six and five respectively. BMW are represented with three cars and Aston Martin just two. The remaining single car entries come from Honda, Lexus and McLaren. 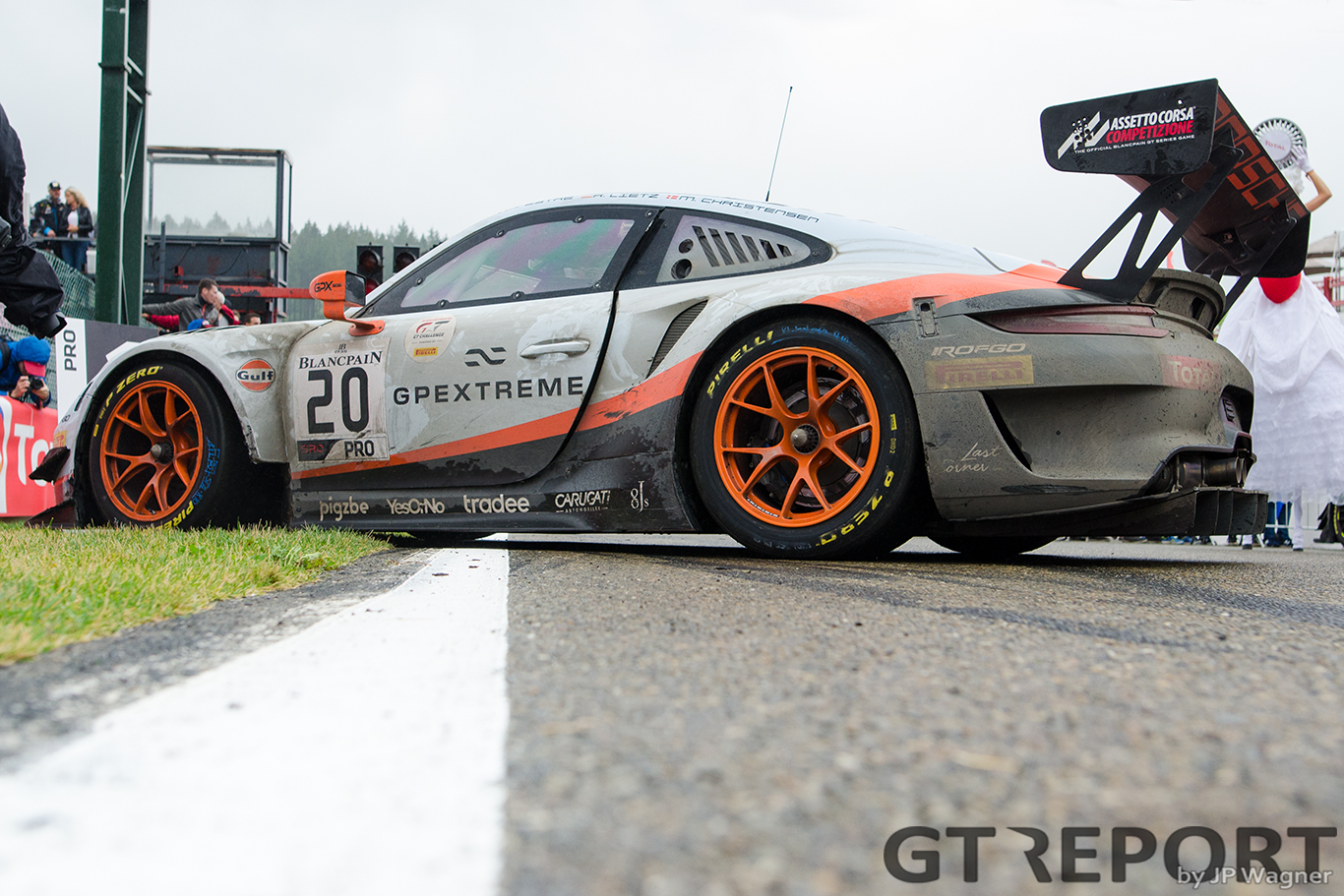 Last year’s winning team, GPX Racing will be back, however their victorious drivers from 2019, Michael Christensen, Richard Lietz and Kévin Estre will all be driving for KCMG. GPX still has a strong line-up in the shape of Matt Campbell, Patrick Pilet and Mathieu Jaminet driving the #12 but do not underestimate the determination of the team, run by principal Pierre-Brice Mena, which will be fielding a second car with Romain Dumas, Louis Delétraz and Thomas Preining.

Another potential winner within the Porsche ranks could be the Rowe Racing #98 Porsche with Nick Tandy, Earl Bamber and Laurens Vanthoor, whilst debuting in their first 24-hour race at Spa-Francorchamps will be Nordschleife experts Frikadelli Racing. Timo Bernhard, Frédéric Makowiecki and Dennis Olsen will be on driving duties for the German squad who should not be under-estimated after taking victory at last year’s Kyalami 9 Hour.

These are just four of the eight Porsches entered into the Pro category with a further three cars adding to the Am, Pro-Am and Silver classes. It’s clear that Porsche want to win this race with no other manufacturer putting forward as many factory-backed efforts and they must be hoping that COVID-19 doesn’t scupper their chances as it did at the ‘N24’.

Despite only three entries, BMW shouldn’t be overlooked for the outright win with Walkenhorst Motorsport providing two thirds of the entry. The team has gone from strength to strength in recent years and will be arriving at Spa full of confidence following a one-two result at the 8 Hours of Indianapolis and looking to repeat their victory at Spa in 2018.

Amongst its drivers, Nicky Catsburg also has victory from the recent Nürburgring 24 Hours under his belt and teamed up with Augustus Farfus and Philipp Eng — the latter a two-time winner — this will be a team to watch. The #35 Walkenhorst car carries an equally potent threat with Martin Tomczyk, David Pittard and recent Nürburgring 24 Hours winner Nick Yelloly looking to steal the thunder from the #34 sister car. It would be fair to expect one or both of these cars to be somewhere near the podium positions in the final hours of the race. 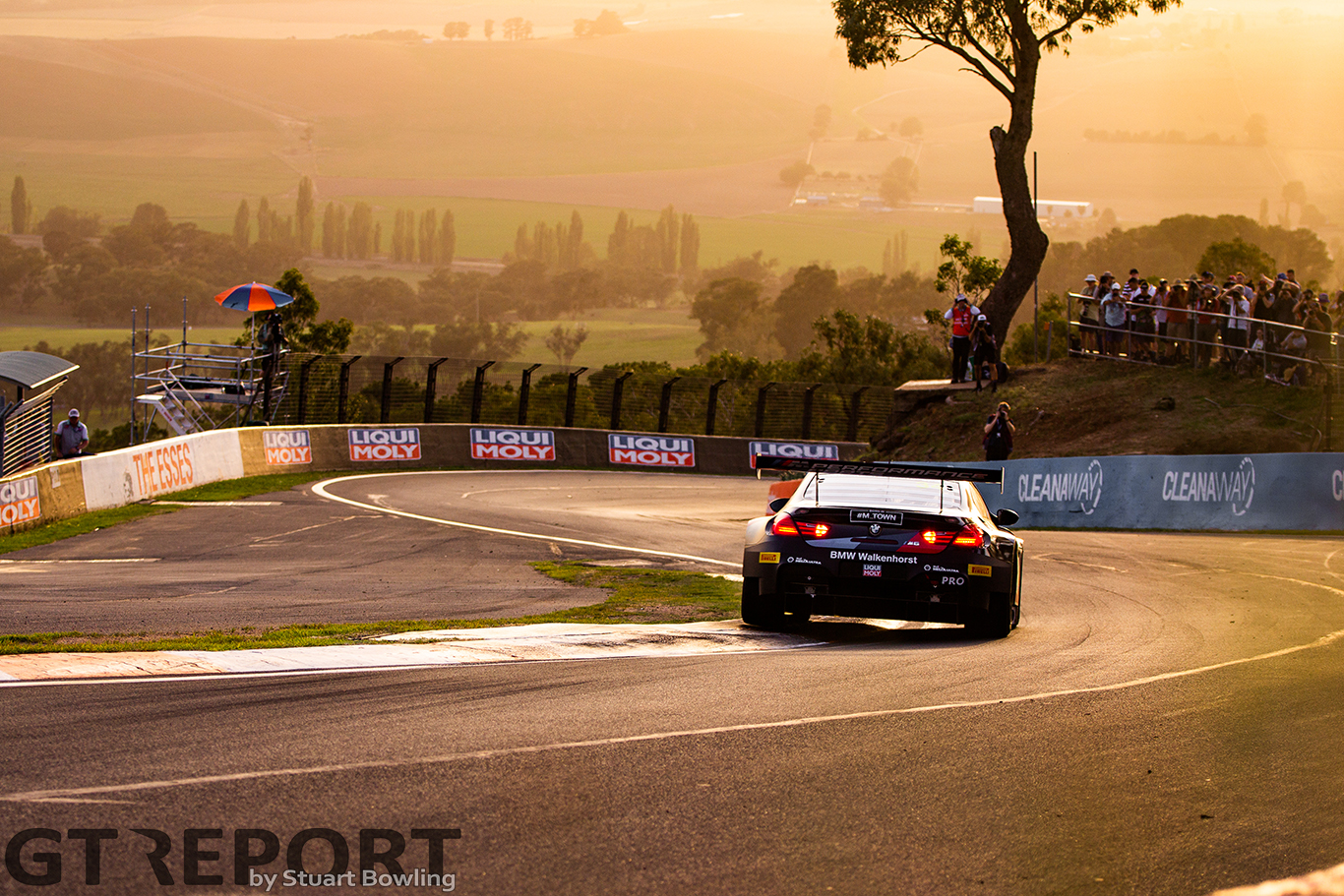 In contrast to the all-out factory effort from Porsche, Mercedes-AMG will field just two full-Pro entries within their ten cars. There are no great surprises that those two entries are the Haupt Racing Team with Maro Engel, Luca Stolz and Vincent Abril and Team AKKA ASP with Raffaele Marciello, Timur Boguslavskiy and Felipe Fraga. Both teams will be strong contenders with the AKKA team smarting from narrowly missing out on the 2020 GT World Challenge Europe Sprint Cup title.

It was Audi Sport Team WRT that took that title with Dries Vanthoor and Charles Weerts winning the drivers championship, but for the 24-hour race they will be in different cars with Weerts sharing the #32 Belgian Audi Club Team WRT with Frank Stippler and Edoardo Mortara whilst Vanthoor joins Christopher Mies and Robin Frijns in the #30 Audi Sport Team WRT.

Audi appears to share Porsche’s desire to win this race fielding eight R8 LMS GT3s with just two in the Silver Cup and one in the Am Cup. In the Pro class there are some formidable partnerships including Mirko Bortolotti, Kelvin van der Linde and René Rast in the #31 WRT Audi and Markus Winkelhock, Nico Müller and Christopher Haase driving #25 Saintéloc car. 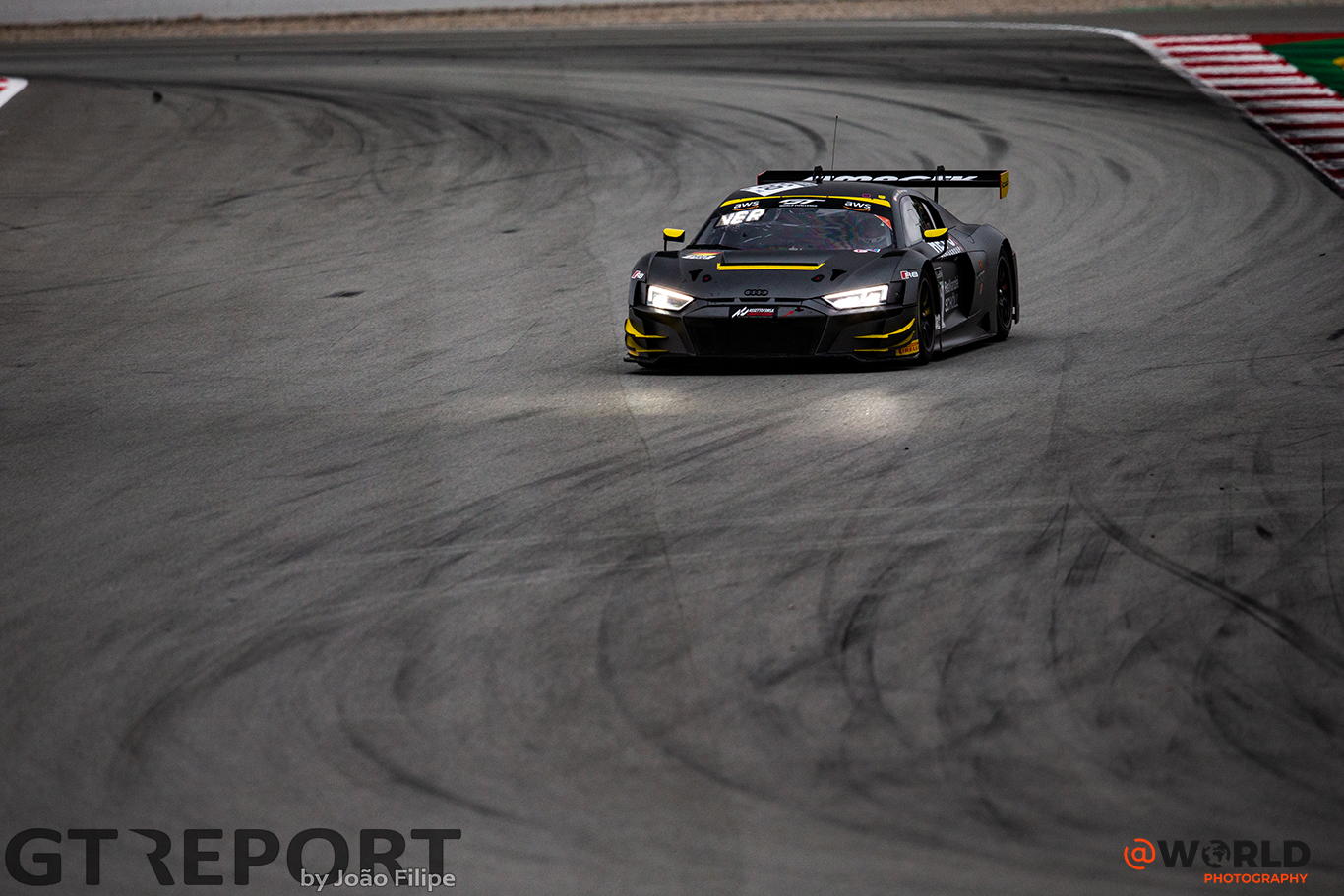 Winners in the opening race at Imola, Bortolotti and van der Linde are leading the Endurance championship which could see Bortolotti become a rare double champion having taken the title for Lamborghini in 2017.

One of Bortolotti’s co-drivers from 2017 has remained with Lamborghini and as the 2019 Endurance champion will be spearheading the Italian marque’s challenge. Andrea Caldarelli’s Orange1 FFF Racing Team will comprise the same line-up that was so successful in 2019 with Denis Lind and Marco Mapelli completing the line-up.

However of the eight Lamborghinis entered, only three are in the Pro class spread across two teams: Orange1 FFF Racing will field a single Pro car and the other two are provided by Emil Frey Racing. The Swiss team have had a strong year with drivers Giacomo Altoè and Albert Costa taking two victories in the Sprint Cup. For the 24 hours they are joined by Franck Perera.

The six Ferraris entered this year are spread equally across Pro and Pro-Am. Having come so close to the title in 2019, SMP Racing’s usual line-up of Miguel Molina, Davide Rigon and Sergey Sirotkin could be considered contenders. However, having only raced twice this year at Imola and the Nürburgring with fairly lacklustre results in both, it’s hard to see the team regaining the highs of 2019. 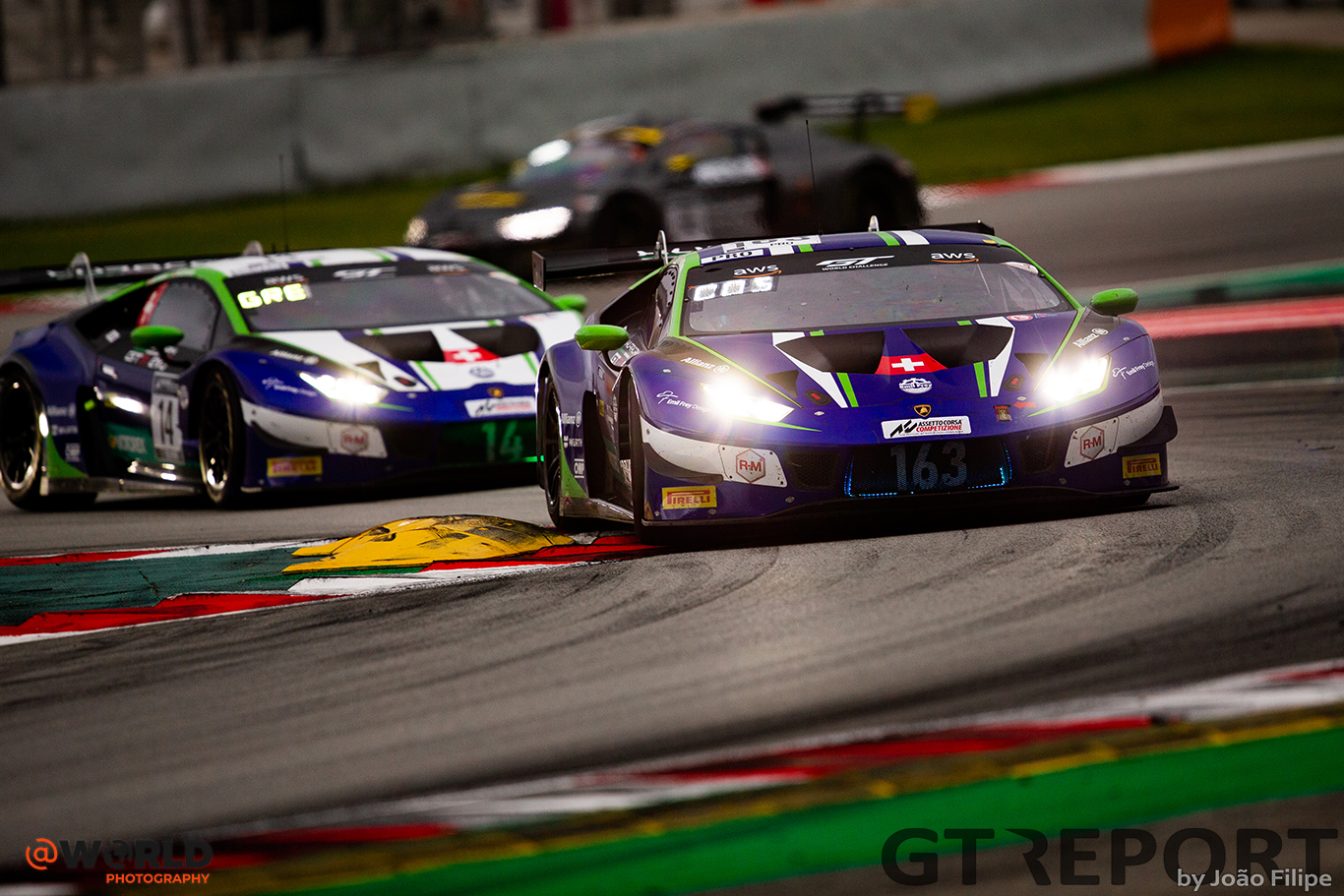 The 2020 Pro-Am champions of Chris Froggatt and Eddie Cheever are back in the Sky Tempesta Ferrari and are joined by Jonathan Hui and another former F1 driver, Giancarlo Fisichella.

The Bentley factory team is taking a break in 2020 but will be offering support to the five privateer teams which is actually an increase of two on the 2019 entry. USA team K-Pax Racing will be leading the way. The #3 has Maxime Soulet, Jules Gounon and Jordan Pepper. Álvaro Parente, Andy Soucek and Rodrigo Baptista will be in the #9 whilst Nelson Panciatici, Pierre-Alexandre Jean and Seb Morris will be the third Pro entry in the #107 CMR car. 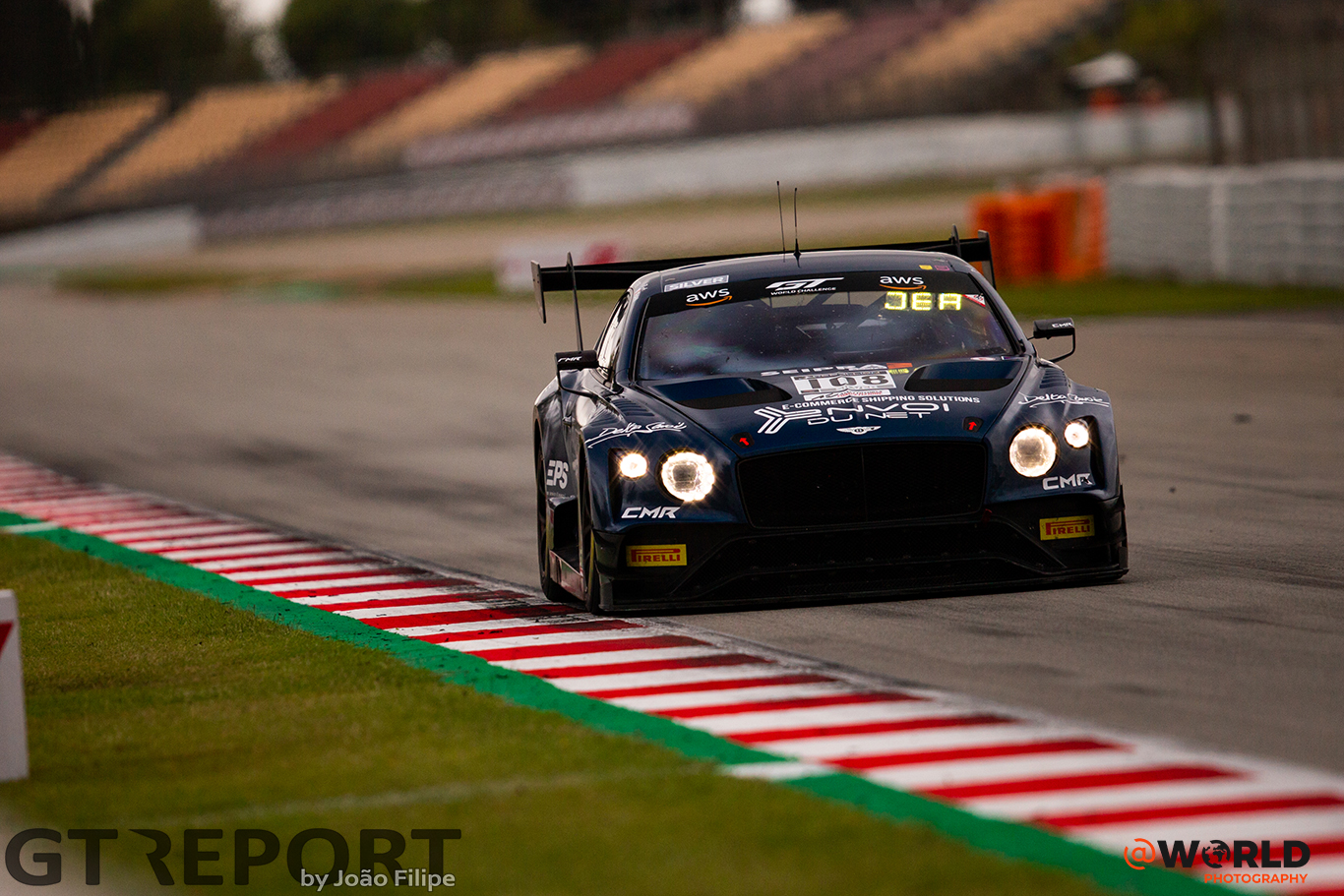 With just two cars entered by the same team, there are no Pro entries from Aston Martin but the Garage 59 cars could still pose a threat. The #188 Pro-Am entry has Chris Goodwin and Alex West backed up by 2017 Le Mans winner and four-time British GT Champion Jonny Adam with Maxime Martin rounding off a strong line-up which will also be the Belgian’s tenth consecutive Spa 24 Hours.

Rounding out the entry list are the single car entries of Honda, Lexus and McLaren.

The Lexus is courtesy of Tech 1 Racing entering the Silver Cup with Aurélien Panis, Timothé Buret and Thomas Neubauer.

The remaining two cars are both in the Pro category with Team Honda Racing running a Honda Acura NSX GT3 for Dane Cameron, Mario Farnbacher and Renger van der Zande. Optimum Motorsport provide the one single McLaren with an experienced line-up of Oliver Wilkinson, Rob Bell and Joe Osborne.

The race will get underway at 15:30 CEST on Saturday 24th October and due to the shift to daylight savings time during the race the finish will be at 14:30 CET on Sunday 25th.

Audi drivers René Rast, Nico Müller and Robin Frijns have announced their withdrawal from the race in order to focus on DTM commitments. The trio who head the DTM championship were slated to drive the #30 and #31 Audi Sport Team WRT cars and the Audi Sport Team Saintéloc Racing #25. Matthieu Vaxivière, Dorian Boccolacci and Dennis Marschall will replace them.

Mirko Bortolotti has also withdrawn due to a flu-like infection. The updated lineups in the affected cars is now as follows. 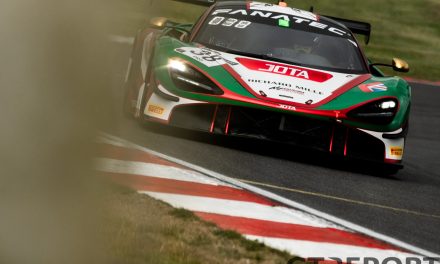 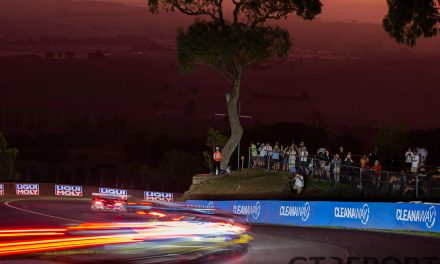 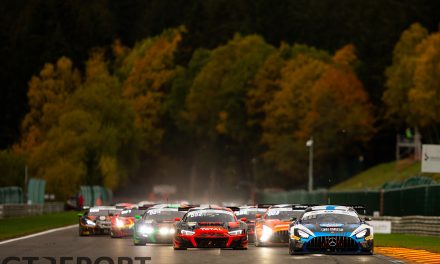 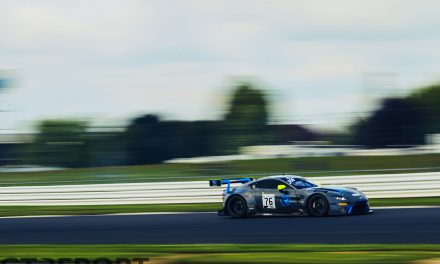