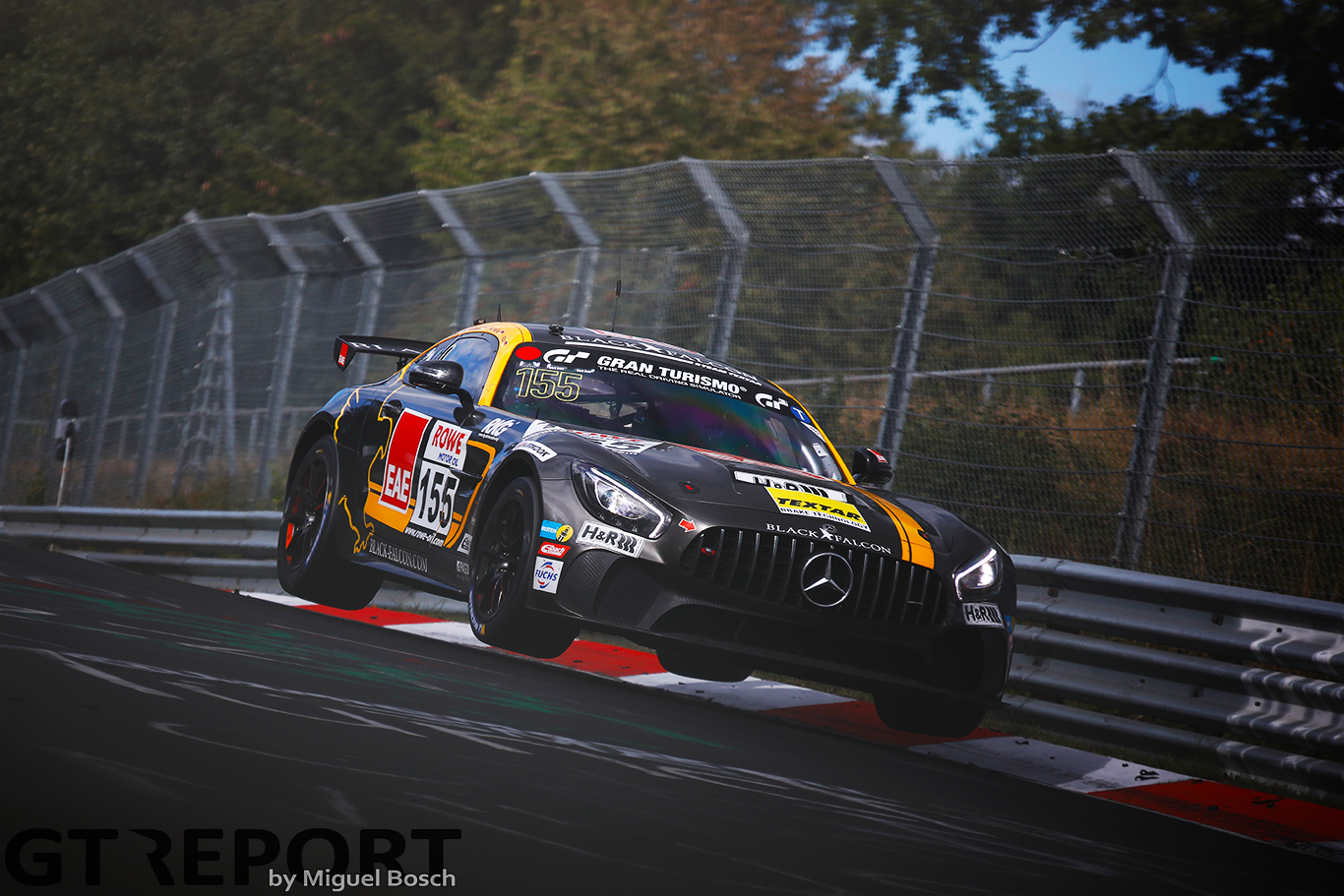 After a long winter break, Black Falcon returns to the VLN Nürburgring Endurance Series (NLS) for the full season with a total of five Porsche and Mercedes-AMGs.

With last year’s Black Falcon juniors Tobias Müller and Marek Böckmann leaving, the Black Falcon Team Identica Porsche 991.2 GT3 Cup MR will this year be driven by Noah Nagelsdiek, Florian Naumann and Hendrik von Danwitz in all nine races. The car has been entered in the SP-PRO class.

Naumann is no stranger to Black Falcon, having contested last year’s Nürburgring 24 Hours with the Meuspath-based team. The German spent several years in the BMW M240i Racing Cup with teams such as Bonk Motorsport and Team Scheid Motorsport before joining VLN champions David Griessner and Yannick Fübrich for a breakout 2020 season winning the GT4 championship with Adrenalin Motorsport as well as the Nürburgring 24 Hours in the Black Falcon Team Textar Porsche 718 Cayman GT4 CS. 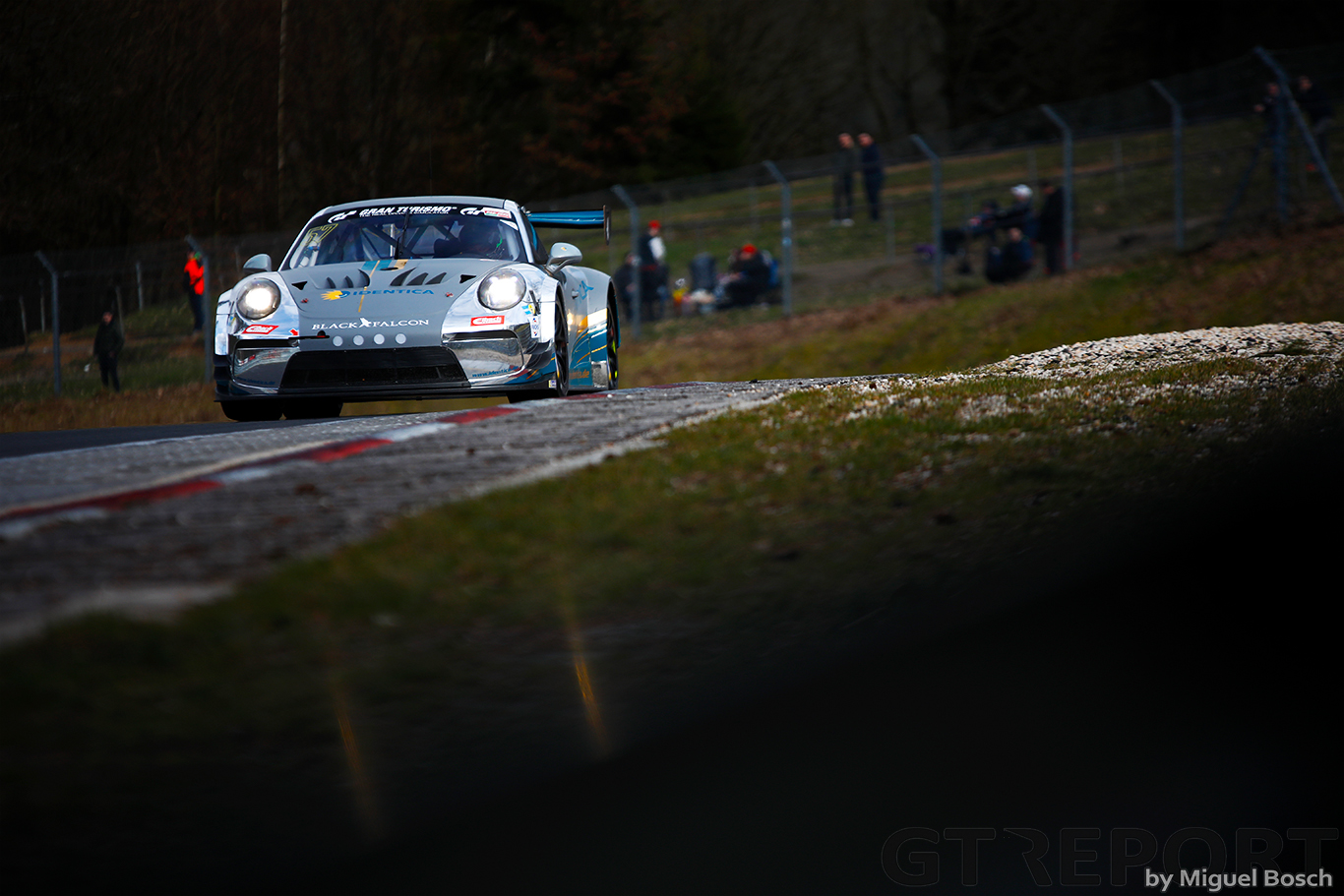 Sponsor Textar returns for its eleventh season with Black Falcon, having been one of the team’s earliest supporters. Several cars will be brandished with the logo and name of the brake specialist.

Mustafa Mehmet Kaya, Gabriele Piana and Mike Stursberg are set to get behind the wheel of one of two Mercedes-AMG GT4s in the SP8T class for up to seven races this year, while Stephan Rösler and Marco Müller start their season with the second NLS race and are joined aboard the other Mercedes-AMG GT4 by a rotating roster of drivers.

In the SP10/GT4 class Black Falcon fields a Porsche Cayman GT4 CS in all rounds. “Iceman”, Carsten Palluth and Tobias Wahl start out the year as a trio to later be joined by Martin Meenen.

A second Porsche 991.2 GT3 Cup MR will make an appearance in the SP7 class in six of nine races. Dutch duo Paul Harkema and Niels Langeveld will share the red and black Porsche.

The 2021 season gets underway this Saturday with the 4-hour 66. ADAC Westfalenfahrt. 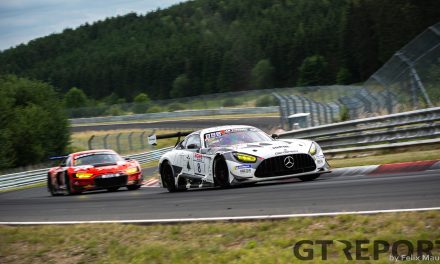 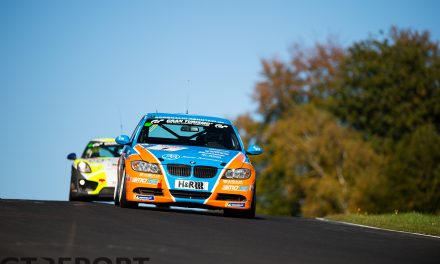