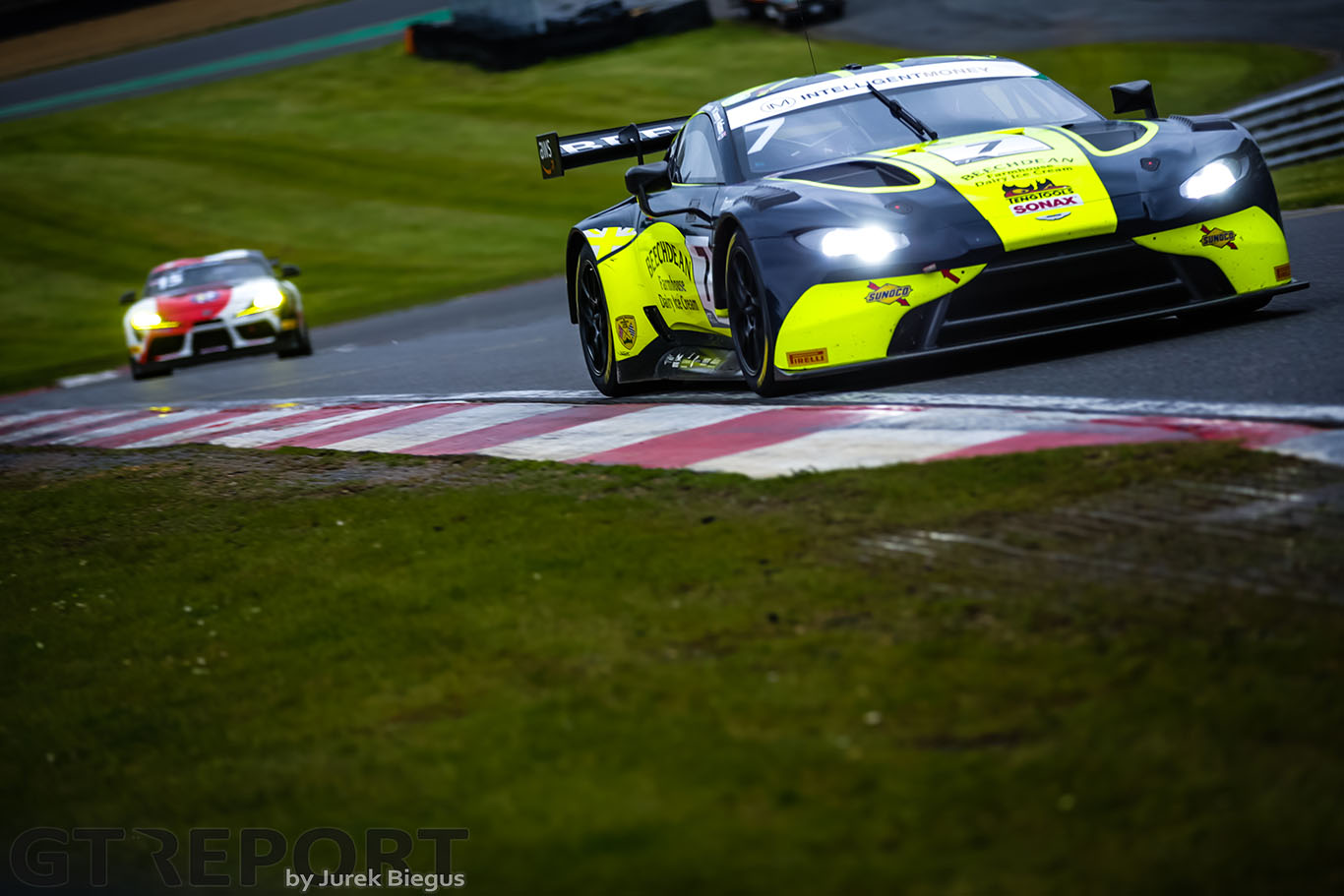 Beechdean AMR and Century Motorsport dominated their respective sessions to comfortably secure pole positions for the first round of the Intelligent Money British GT Championship at Brands Hatch.

In GT3, Beechdean’s Aston will be joined by WPI Motorsport on the front-row, while in GT4 the debuting Ginetta G56 was given a great showing by Assetto Motorsport as it secured second.

From the first session for the Am drivers, Beechdean was in the prime spot to claim pole as Andrew Howard demonstrated his winter work on one-lap pace was on the money as he finished third – just 0.176s down on Michael Igoe’s session-topping time in the WPI Motorsport Lamborghini Huracán GT3.

Then came Jonny Adam. Back in his old team after a number of years away, it seemed like he had something to prove as he got behind the wheel of the Aston Martin Vantage GT3 as he set the timing screens ablaze.

Ultimately setting a 1m23.763s, he was the only driver to dip into the 1m23s as Phil Keen – who took over from Igoe for the Pro session – couldn’t find the extra few tenths to contest the pole. They’ll start on the outside of the front-row, just 0.189s away from the top spot. 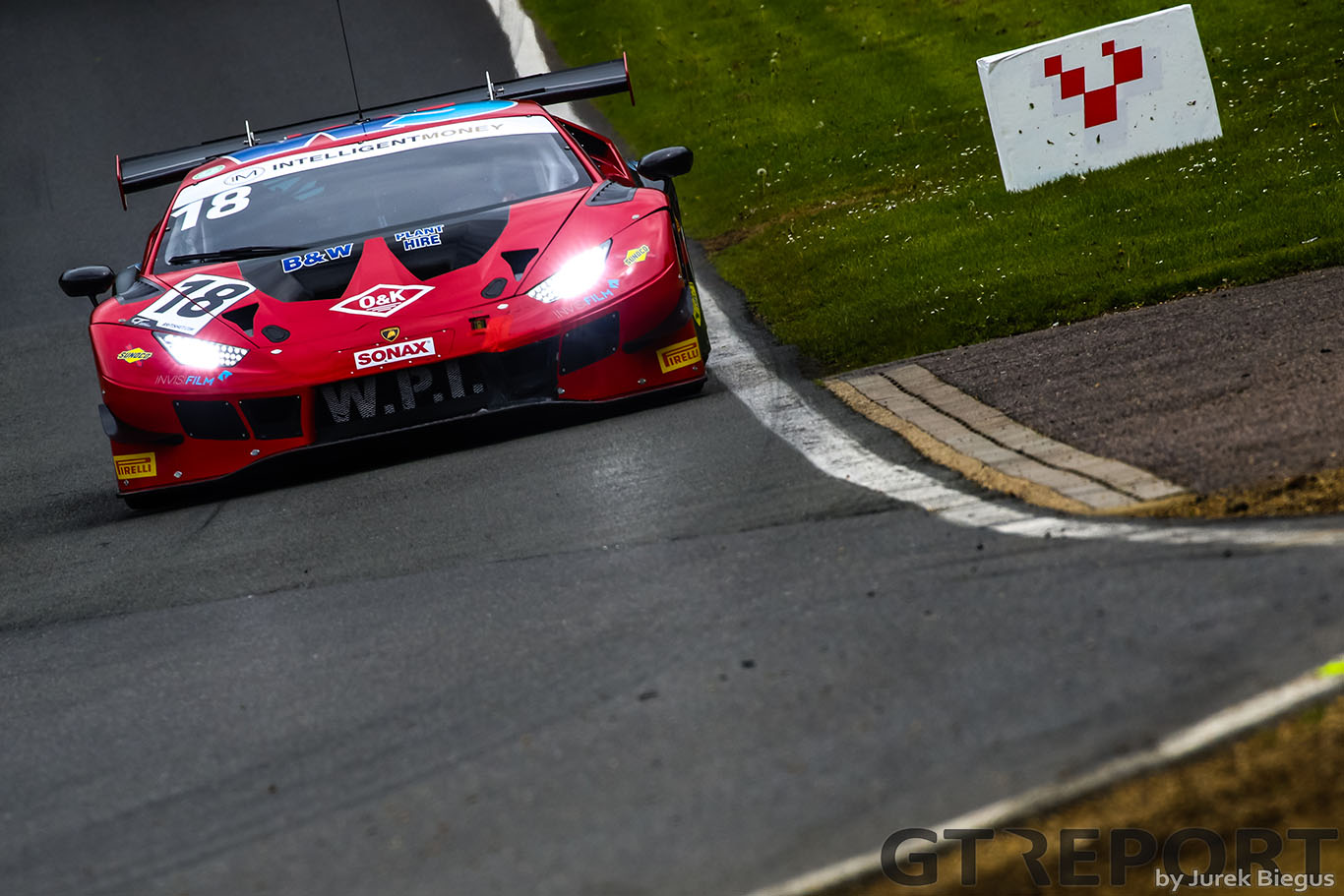 Also contending for pole was the #63 Barwell Motorsport Lamborghini. Leo Machitski finished the Am session in second, a whisker away from Igoe’s benchmark. Handing over the car to Dennis Lind, the Dane was also a blink of an eye away from besting Keen but couldn’t find the tenth he needed – qualifying in third, just 0.097s behind.

Fourth went the way of the JRM Bentley Continental GT3. Kelvin Fletcher put the foundations in place in the first session, with the fourth-fastest time, with Martin Plowman also putting in a respectable time in the Pro session to confirm their place on the second-row.

Reigning champion Sandy Mitchell partnered with Adam Balon to take fifth, only 0.004s down on the Bentley, with the Nearys two-tenths behind in sixth in the Team Abba Racing Mercedes-AMG GT3. 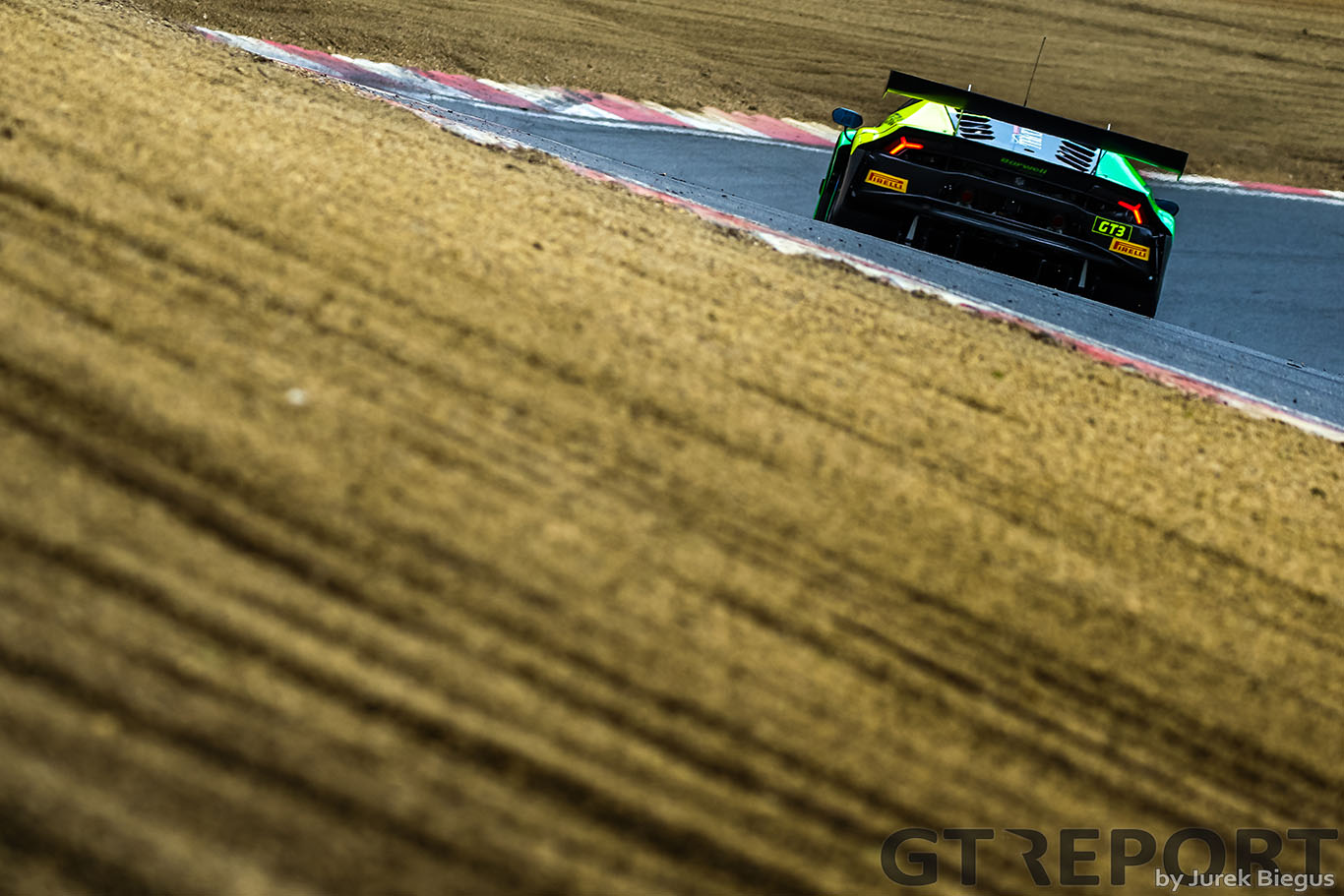 A second McLaren 720S took ninth – that the Balfe Motorsport entry of father-and-son Stewart & Lewis Proctor – with the second RAM Racing entry of James Cottingham and Sam De Haan rounding out the top 10.

Compared to the close battle in the GT3 class, the GT4 battle was over pretty much before it started as Will Burns and Gus Burton took the session by the scruff of its neck in their Century Motorsport BMW M4 GT4.

Burns went first and kicked himself for not being able to go under the 1m32s barrier, despite setting a more than strong 1m32.064s – almost two-tenths up on the rest of the GT4 field. Handing the car over to Burton, the former Ginetta racer did break that elusive barrier as he put in an incredible 1m31.810s to take pole position by almost a second on the combined times. 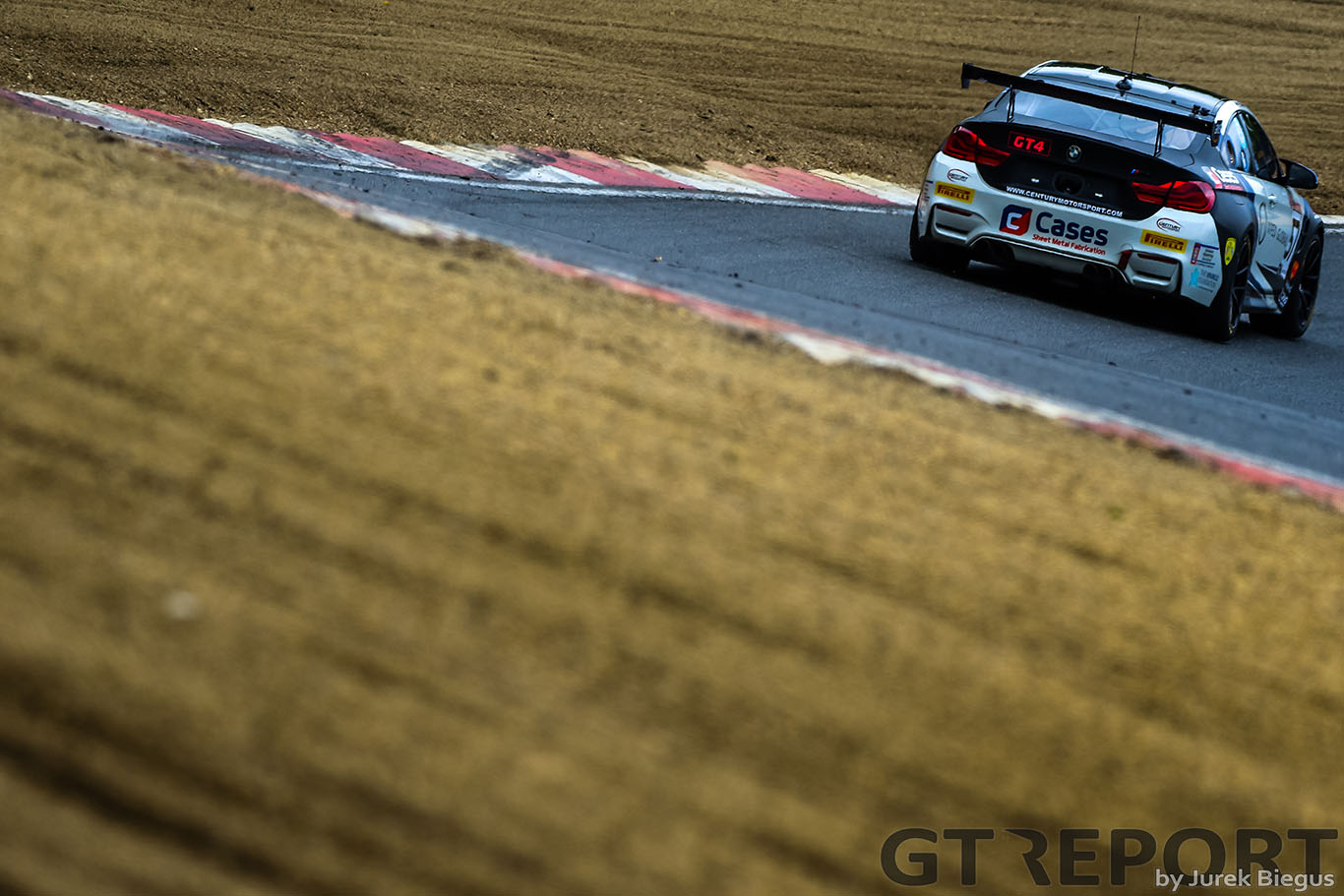 Second was a quite fortunate Assetto Motorsport, in the new Ginetta G56. After a great Q1 from Mark Sansom to put the team up to third, Ginetta factory driver Charlie Robertson had two of his three laps deleted for track limits violations which would have been good enough for third. Thankfully for them, his final lap was a scorcher – a 1m31.012s – and moved them up onto the front-row.

The Academy Motorsport Ford Mustang GT4 of Will Moore and Matt Cowley continued the quick pace from practice to qualify third just 0.003s slower than the Ginetta.

Fourth went to Scott McKenna and John Ferguson in the Toyota Gazoo Racing UK Supra, as a late lap from McKenna boosted them ahead of the second Century BMW of Chris Salkeld and Andrew Gordon-Colebrooke. 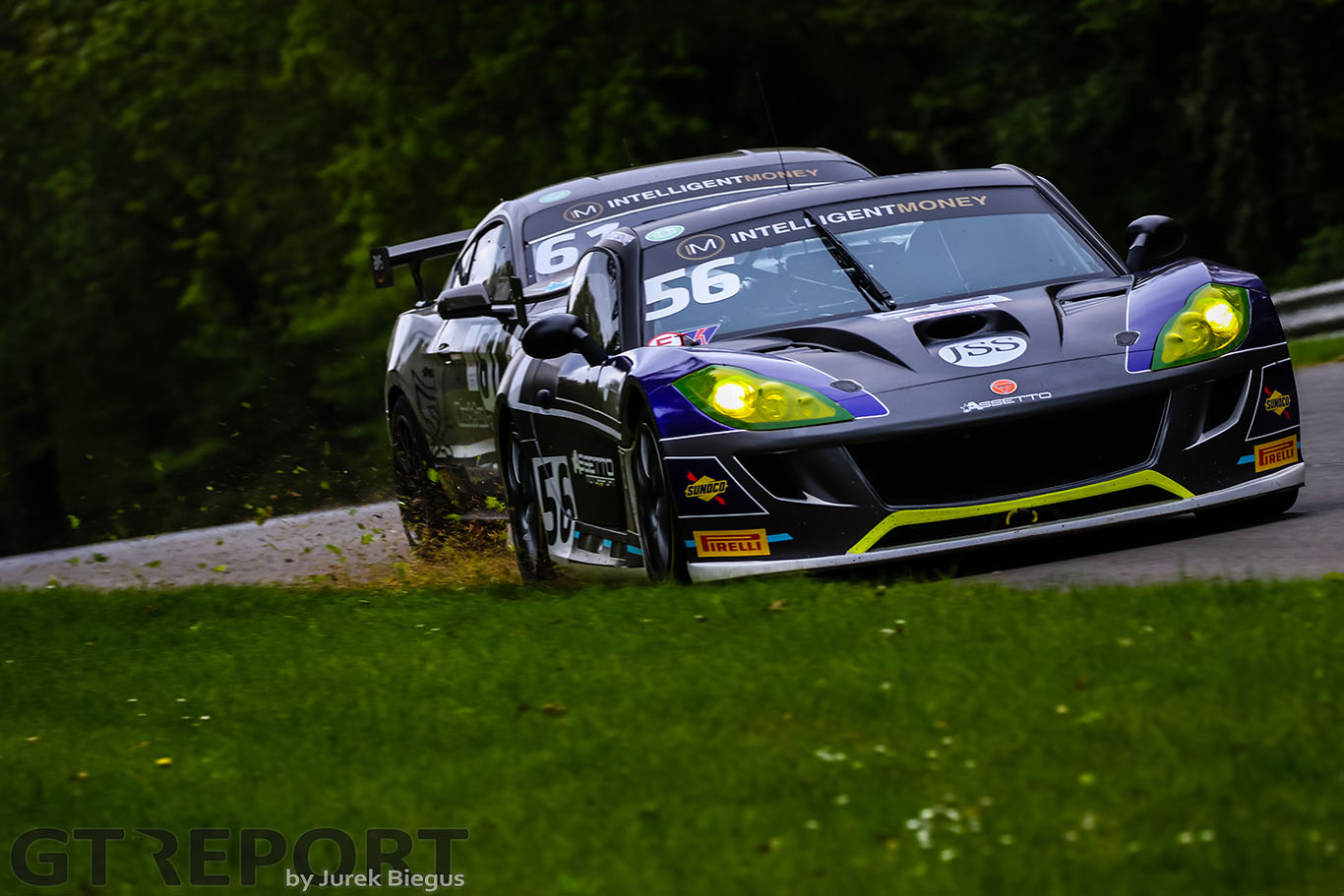 The second Rocket McLaren 570S GT4 of Harry Hayek and Katie Milner will start eighth, themselves more than half-a-second up on the Balfe Motorsport McLaren.

Fox Motorsport took 10th in its McLaren, with practice pace-setters Ciceley Motorsport rounding out the field in 11th. 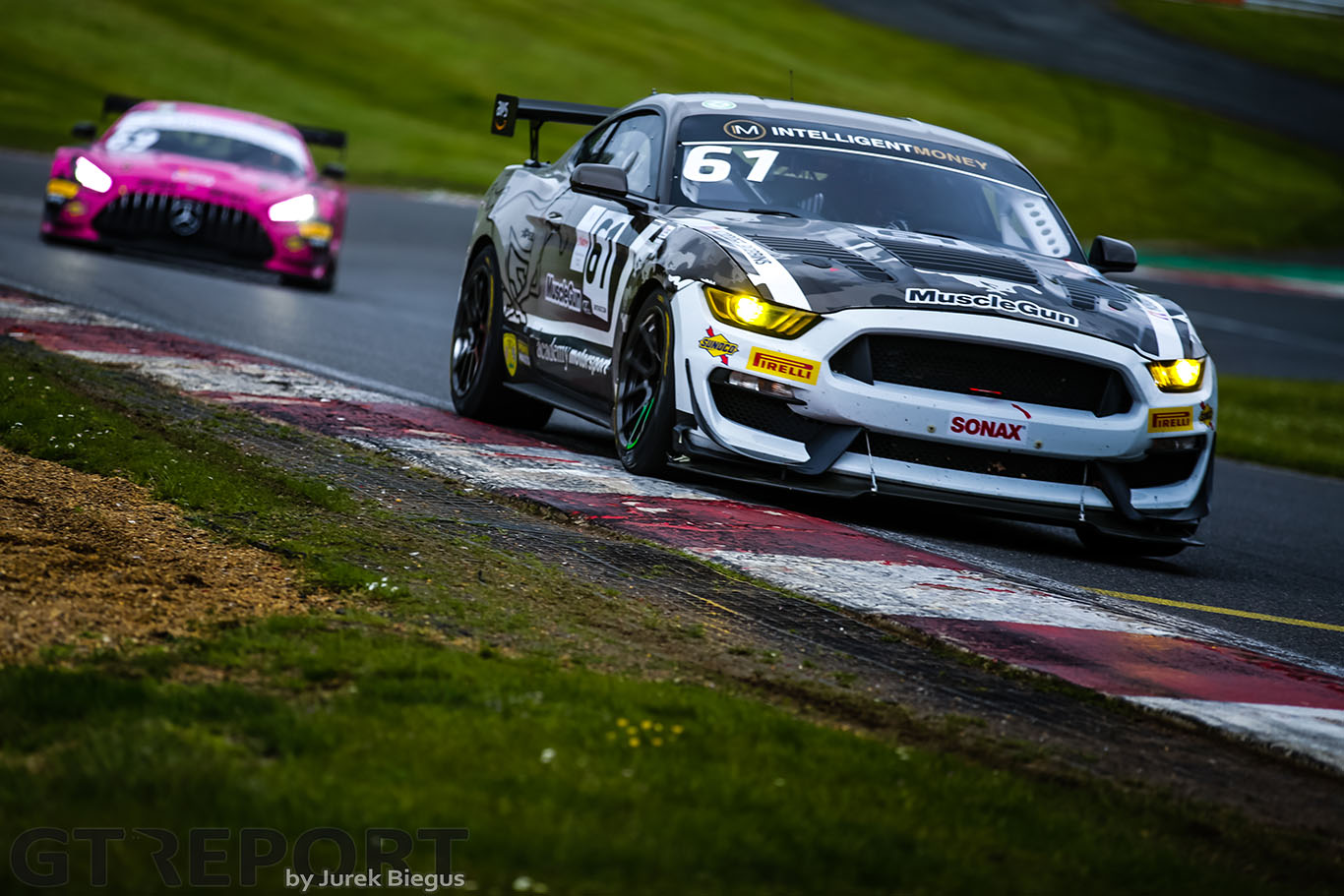 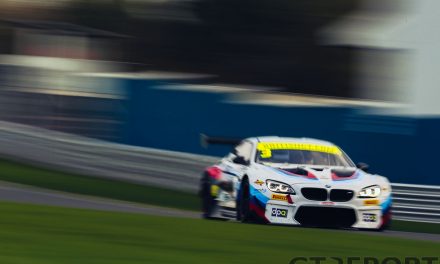 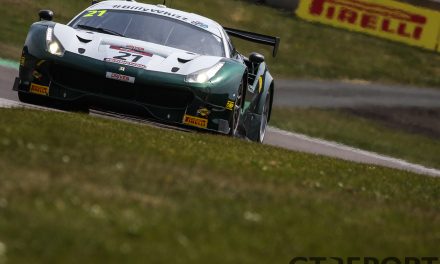 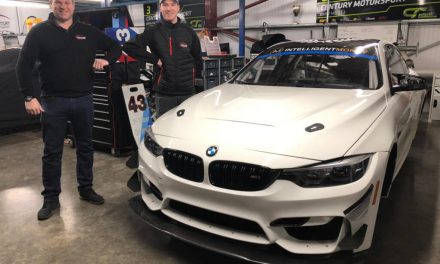