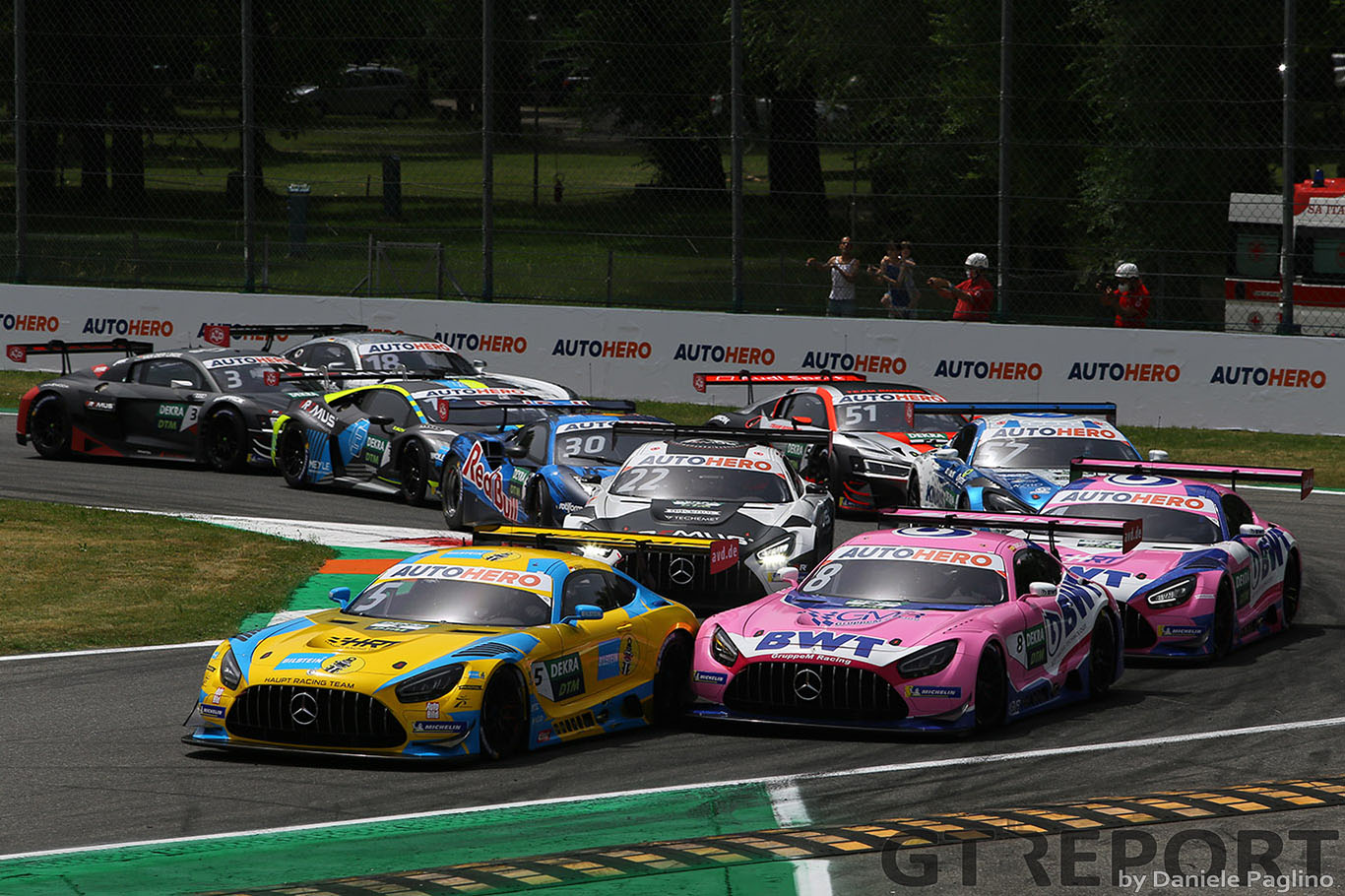 Liam Lawson made the perfect start to his DTM career as he stormed to victory at Monza for Red Bull AF Corse in the first race of the German series’ new era running to GT3 rules.

Starting seventh on the grid, the Ferrari 488 racer was looking aggressive from the off as he used every inch of track – and chunks of the grass too – to make up positions on the first lap and put himself in fifth, behind the leading quartet of Mercedes-AMG entries. 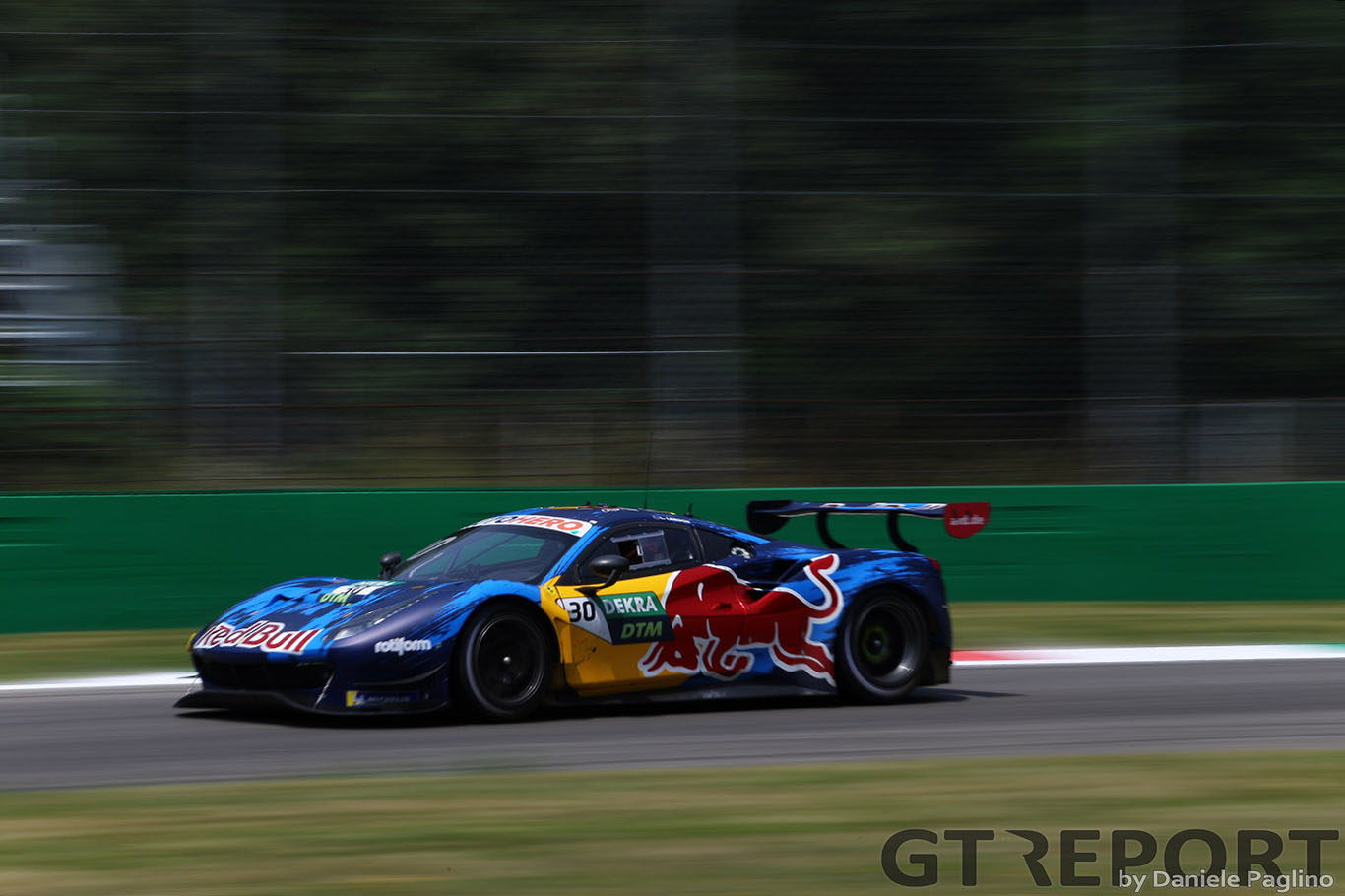 Sitting behind the train of pole-sitter Vincent Abril, who fought off front-row starter Dani Juncadella at the Rettifilo on the first lap, Max Götz, and Philip Ellis, the New Zealander bided his time and started to put pressure on the podium positions – assisted in that by an opening lap retirement for Ellis.

The key moment took place at the mandatory pitstops. Pitting a lap before Abril, the AF Corse crew made slick work of changing his Michelin tyres and came out with clear track ahead. Abril’s stop was 1.4seconds slower and that put him right into the clutches of Lawson coming out of the pits – Lawson utilised his hotter tyres to move ahead of the Monegasque at the first chicane. 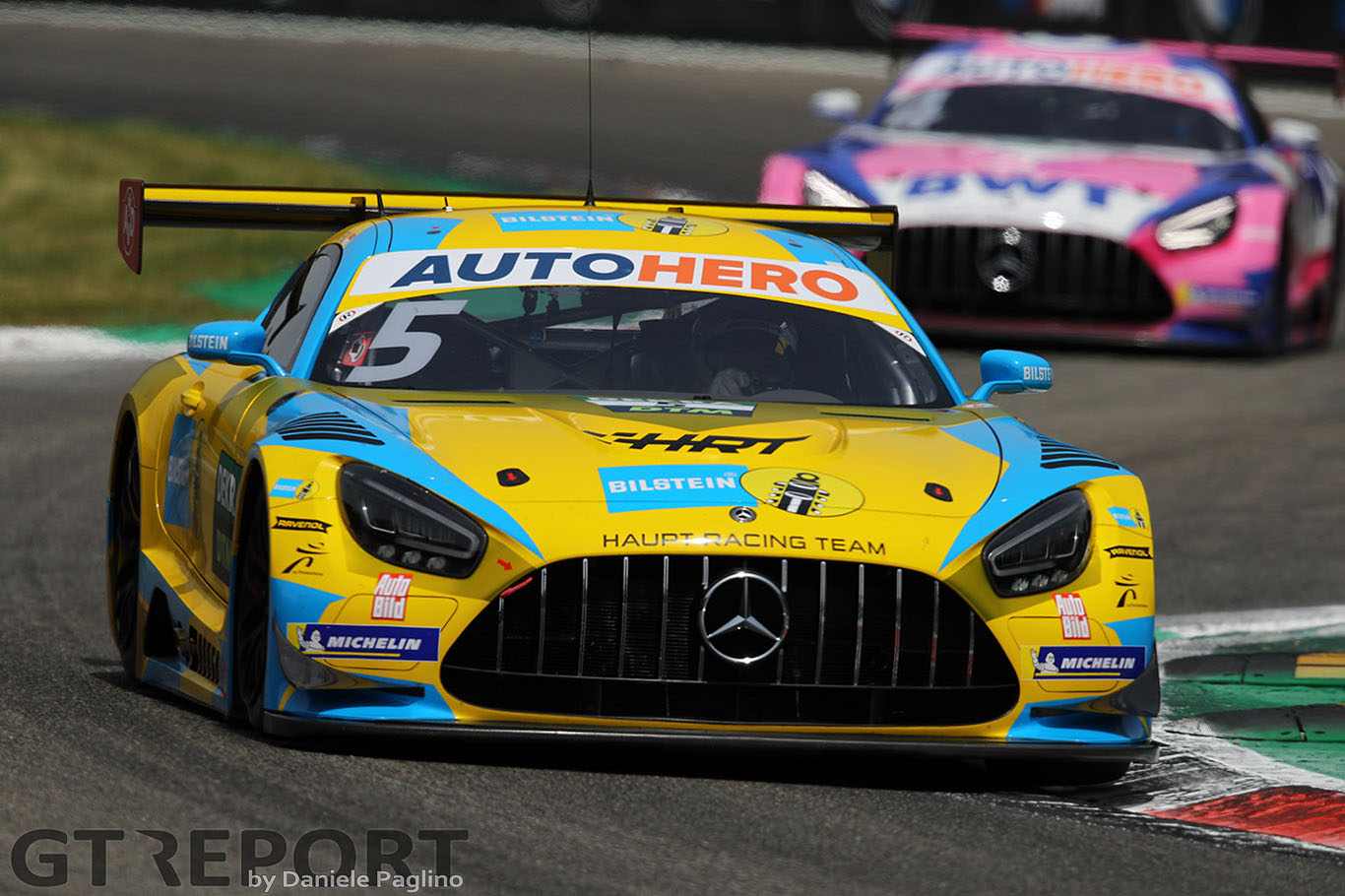 Despite moving ahead of Abril, he wasn’t in the lead quite yet as a trio of runners – Maxi Buhk, Arjun Maini and Sophia Flörsch – tried to make a longer opening stint work. When they all eventually pitted Lawson inherited the top spot and took a managed run to the line – benefitting from Abril having to keep an eye on late pressure from Götz, the former coming out on top to take second.

Alex Albon – on his first race after being dropped from Red Bull’s Formula One team – had a battling race to come home in fourth in the second AF Corse Ferrari having been involved in a cracking battle with Team Rosberg’s Nico Müller in the middle stages of the race.

Fifth went the way of Juncadella, a relatively slower stop compared to his competition put him down the order somewhat and was put right into the middle of hard-fighting traffic. 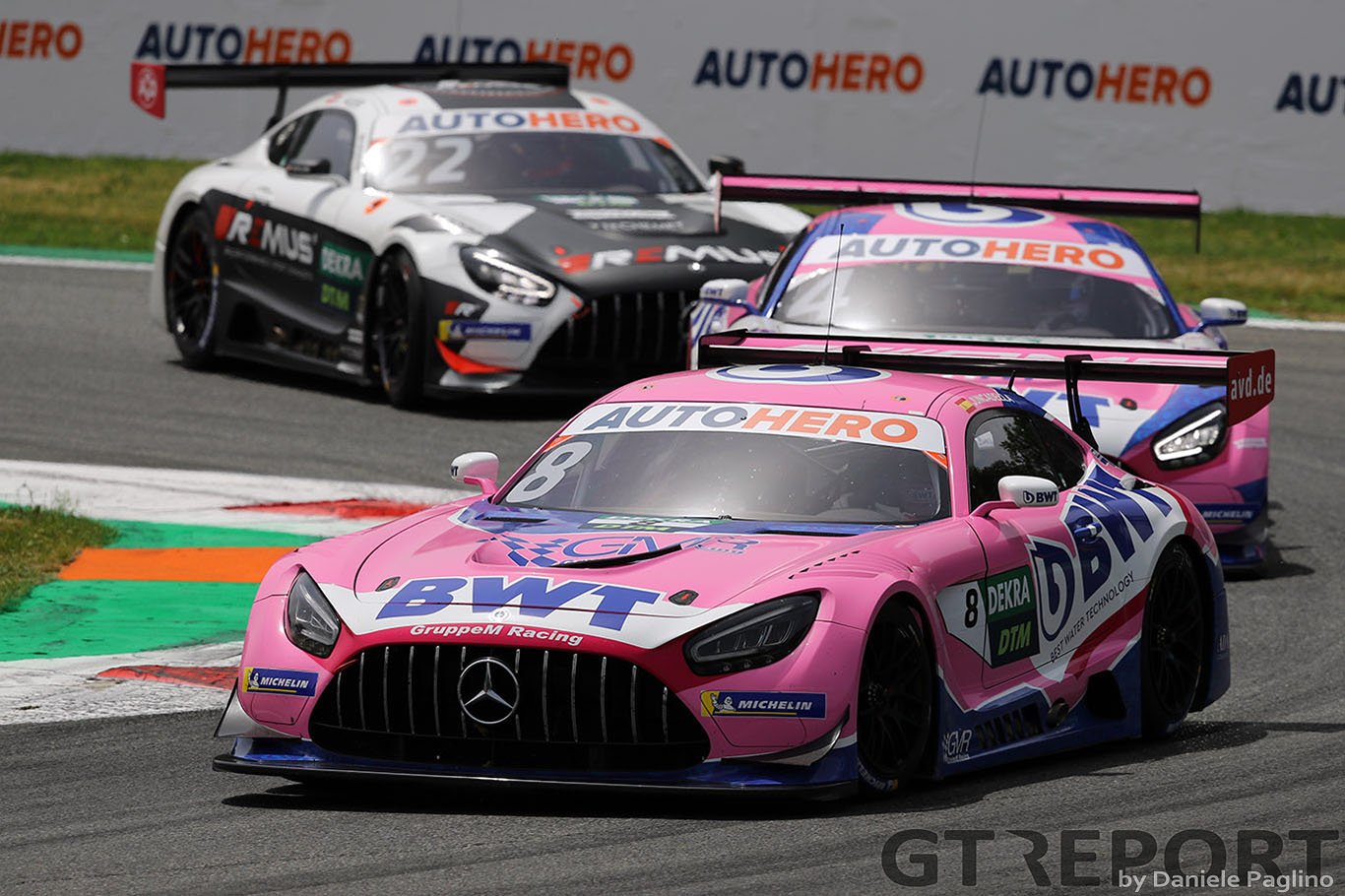 Kelvin van der Linde was the fastest of the Audi runners, gaining sixth right towards the close as he managed to get past late-pitting Buhk on his warmer tyres on the main straight. The pair also held off Müller, who lost a couple of places because of contact with Juncadella at the second chicane.

Ninth went the way of the first of the BMWs as Marco Wittmann put in a great race in the Walkenhorst BMW M6 GT3 to hold off Team Abt Sportsline’s Mike Rockenfeller, who rounded out the top ten.

Of note further down the order, Esteban Muth found great pace on his second stint to finish 11th – first of the two T3 Motorsport Lamborghinis on the grid. 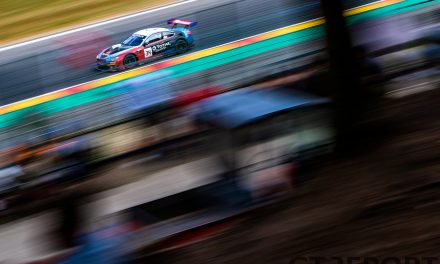 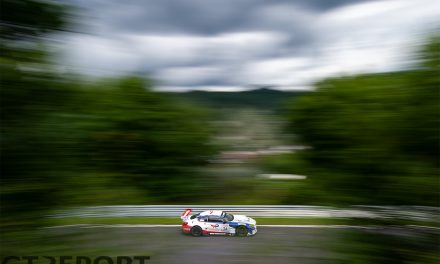 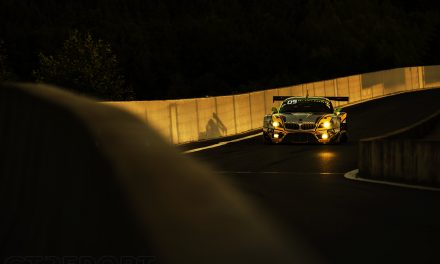