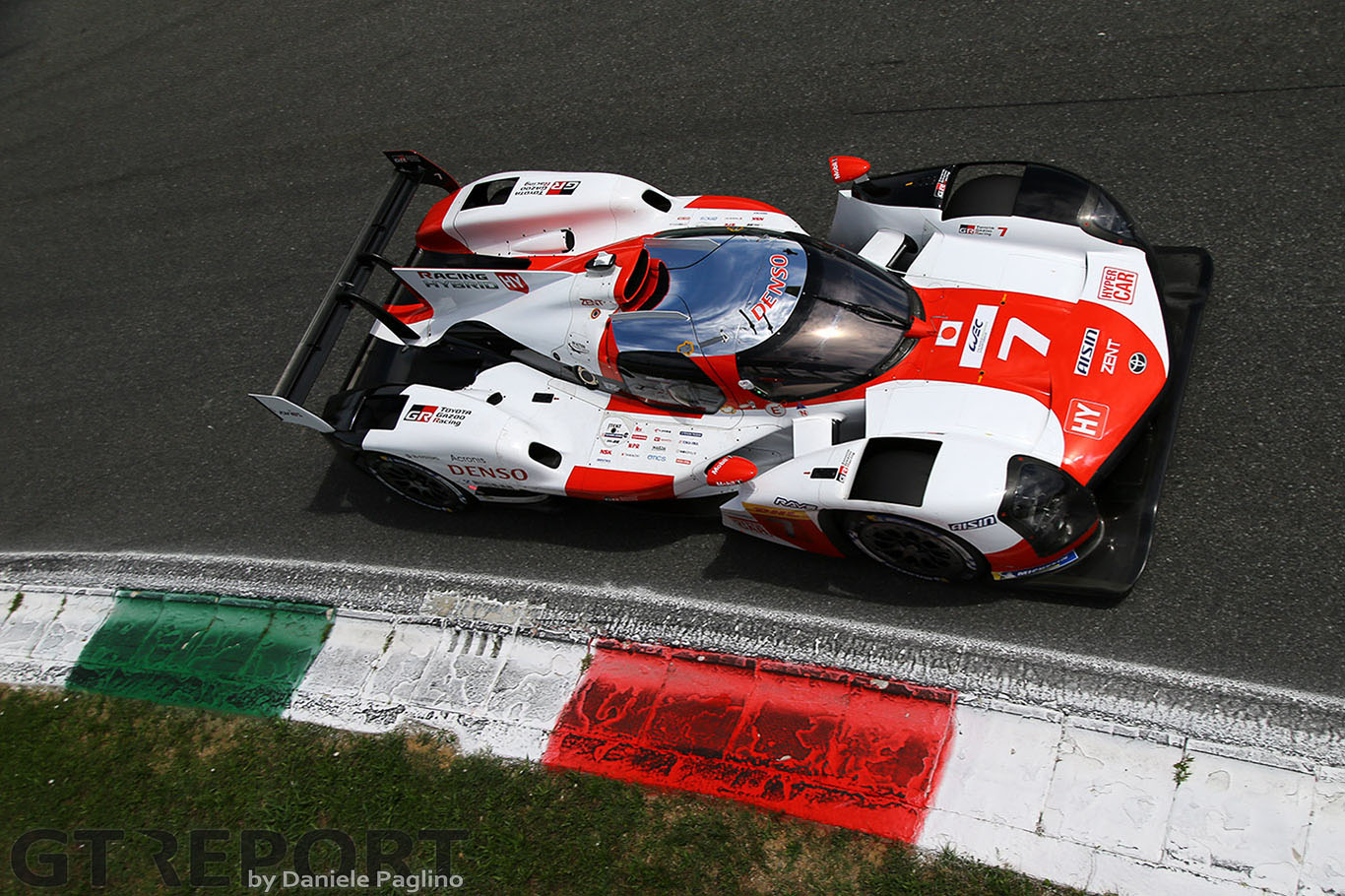 The FIA World Endurance championship made its racing debut at Monza this weekend with a full field of cars taking the opportunity for a run out prior to the main event at Le Mans in a months time.

At the front it was Toyota taking the spoils as usual however it wasn’t plain sailing and they had to work for the result.

The number 8 Toyota saw its race curtailed a little under two hours in when a brake problem manifested itself into the first chicane. Having already had a lock up into the turn on the previous lap, Brendan Hartley, at the wheel of the Toyota, was forced to take to the grass to avoid a collision with the #98 Aston Martin. In the pitlane at the end of the lap a substantial amount of swarf fell from the wheel suggesting a major brake issue for the car.

With 46 laps under its belt the car was forced to retire leaving the #7 of Kamui Kobayashi, Mike Conway and Jose Maria Lopez out on it’s own.

The #7 Toyota led for much of the race but wasn’t without it’s own problems and briefly lost the lead to the #709 Glickenhaus  when Kamui Kobayashi was forced to stop on the run down to the Ascari chicane. 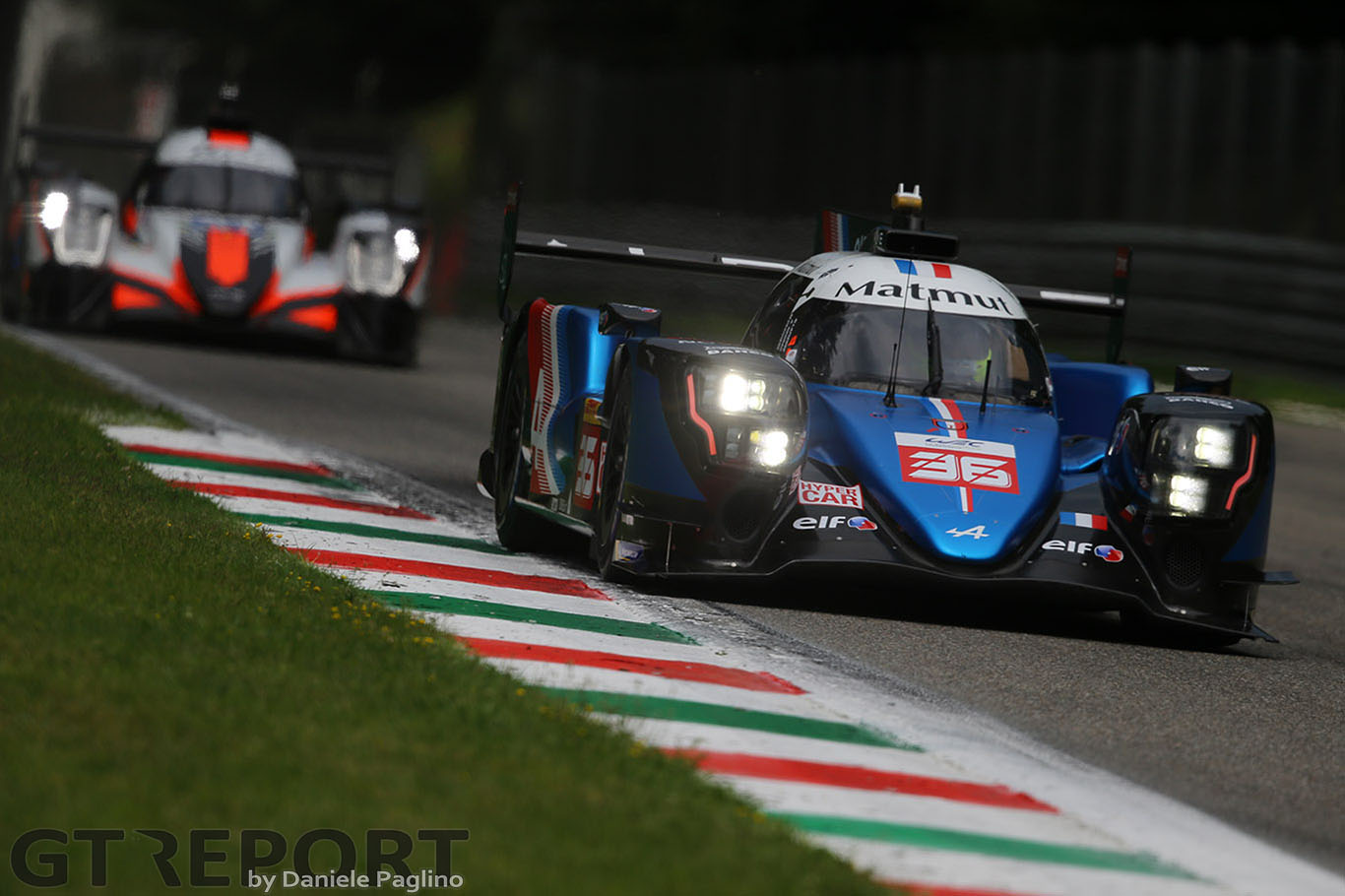 Into the final hour the race brought its third brief but different leader with the #36 Signatech Alpine hitting the front as more issues dogged the #7 Toyota. It wouldn’t be for long and Mike Conway in the #7 chased down, passed and extended his lead over Matthieu Vaxiviere in the #36 Alpine.

The only concern for Toyota was a requirement for a final fuel stop in the last hour that could have handed the race to Alpine. That was until a section of kerb was ripped from its fixings and a full course yellow was produced to remove the debris and inspect the kerb giving a free pit stop to Toyota.

That seemed to wrap up the race at the front but with 15 minutes remaining the team manager of the #7 Toyota was summoned to the stewards over a pit stop infringement. A mechanic with his foot on the pit lane white line was deemed a breach of the regulations but the only penalty was a warning.

Behind the Toyota the #708 Glickenhaus was the first retirement of the race just under the 4 hour mark following a gearbox failure. The sister #709 car had an altogether better race, running for much of it in the top 3 and often times lapping faster than the Alpine and Toyota ahead of it. Romain Dumas, Richard Westbrook and Franck Mailleux showed the pace the car had but also highlighted an issue with the brakes. 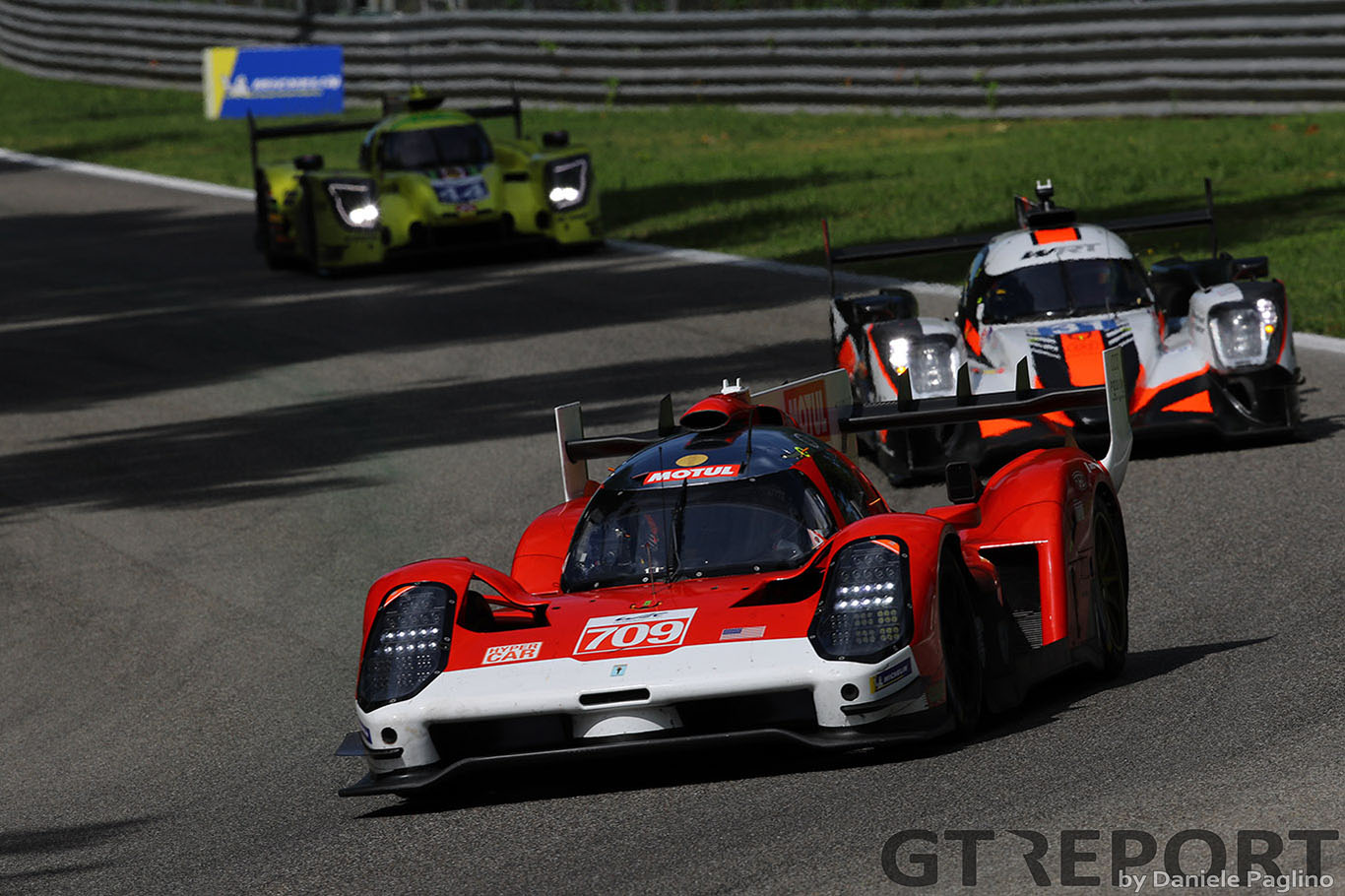 With two hours remaining the car was forced to pit to replace the front brakes which were wearing more than anticipated and which saw it tumble down the order. At the end Richard Westbrook had brought the car back up to fourth place overall and third in class showing the competitiveness and raw pace of the car.

The LMP2 result went the way of champions United Autosport who also took the third overall podium place with what was their sixth class victory in the World Endurance Championship. Filipe Albuquerque, Fabio Scherer and Phil Hanson driving the #22 took control of the race in the third hour and eventually finished 50 seconds ahead of their nearest challenger, Team WRT in the #31. 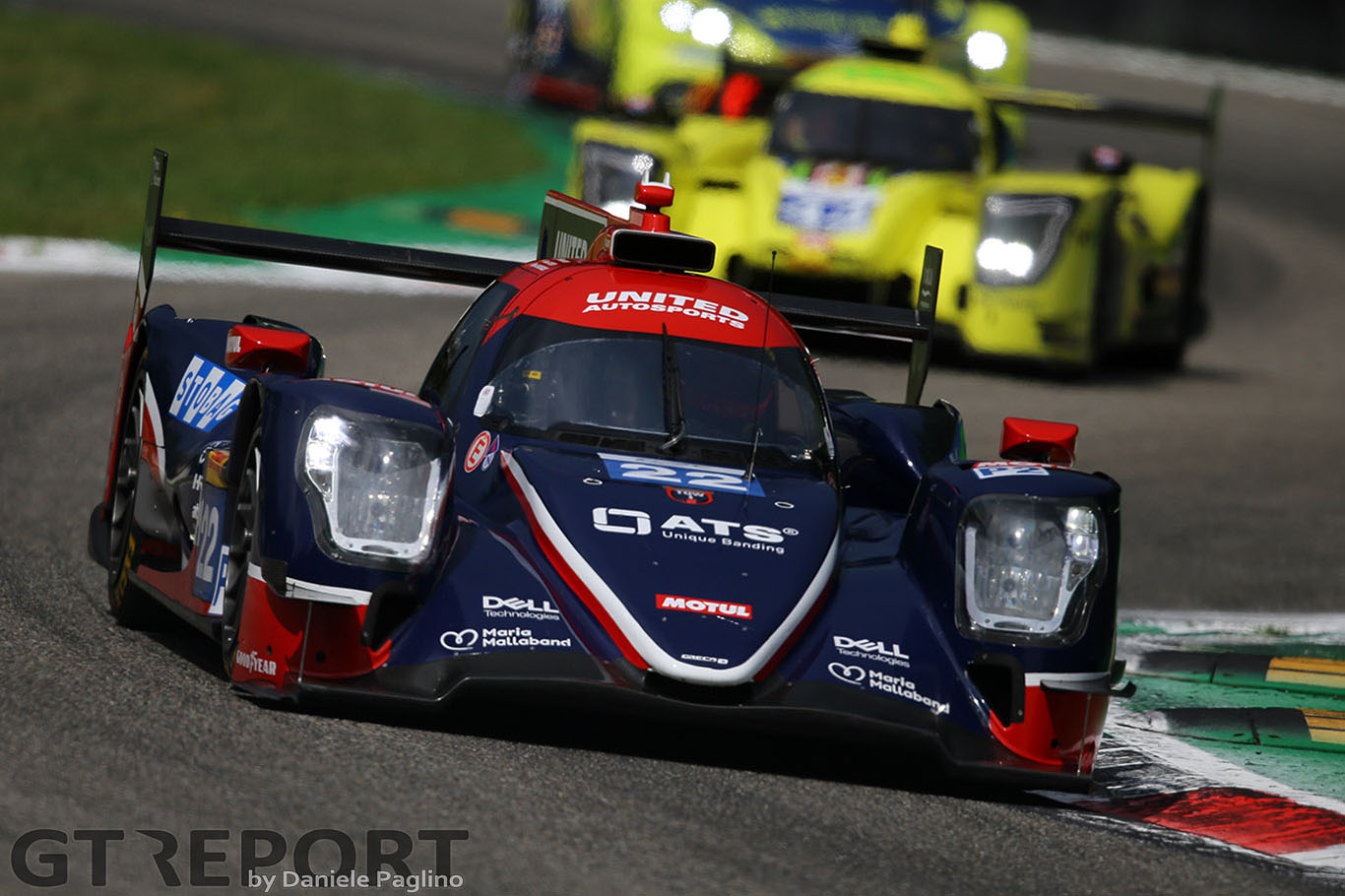 In LM GTE Pro, Porsche and Ferrari were running close for the entire race but it was Porsche that took the win on Ferrari’s home turf. Pole sitter Kevin Estre brought the #92 Porsche home ahead of the #51 Ferrari of Alessandro Pier Guidi and James Calado.  The #51 Ferrari gambled on its fuel being enough to get to the end of the race so was able to keep up the pressure all the way to the flag but with 2 minutes to the end the Ferrari was forced to stop to fuel. 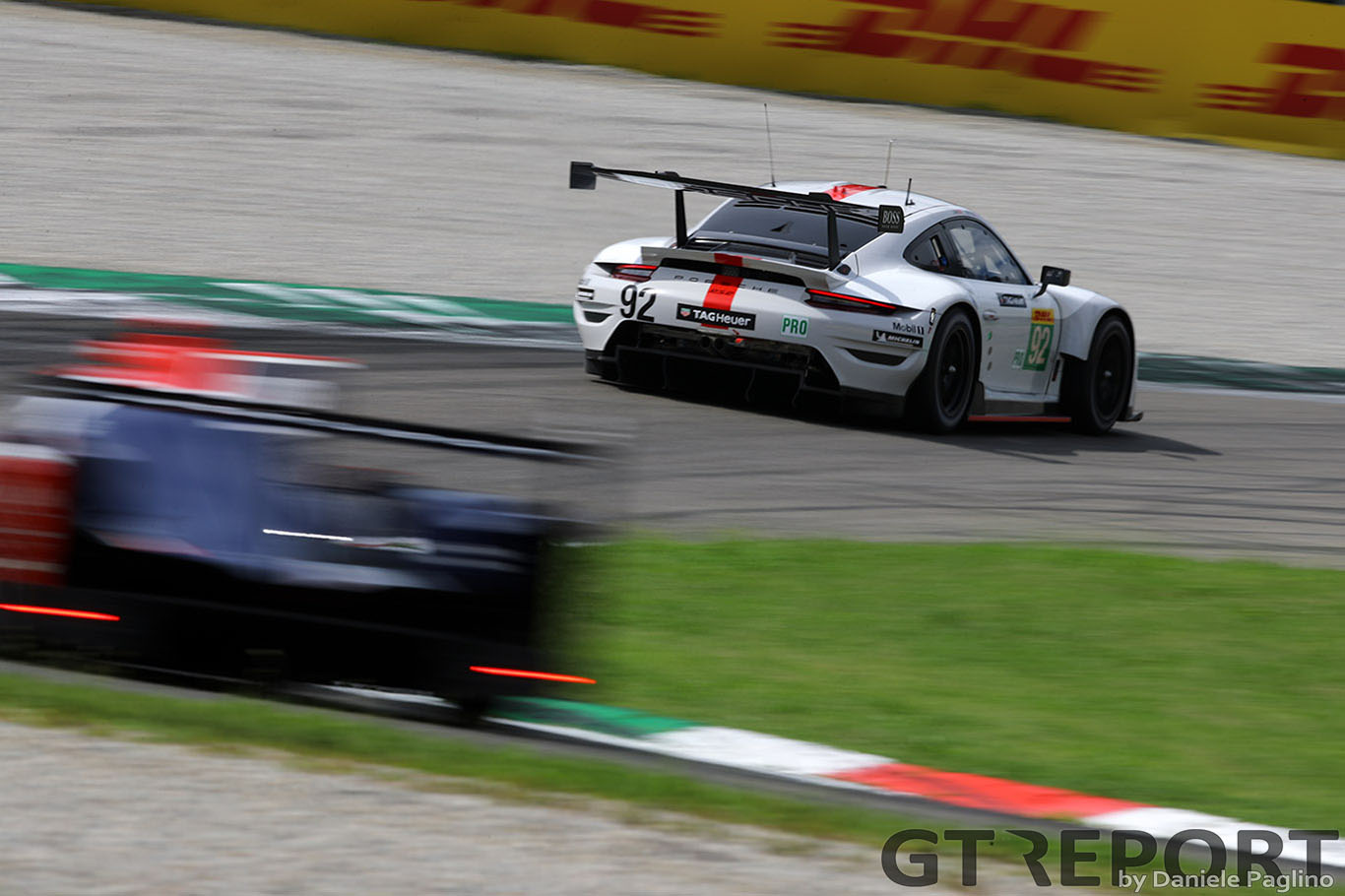 Behind them the #91 Porsche and #52 Ferrari spent much of the race nose to tail and swapping positions on a regular basis. As at the front it was Porsche who again came out on top with Gian Maria Bruni keeping Miguel Molina behind him at the flag.

The largest class in the field was provided by LM GTE Am with 15 cars starting the race. The #83 AF Corse Ferrari of François Perrodo, Nicklas Nielsen and Alessio Rovera took the win 44 seconds ahead of the the #98 Aston Martin Vantage of Augusto Farfus, Marcos Gomes and Paul Dalla Lana. Farfus grabbed P2 from championship newcomers D’Station Racing on the final lap following a long battle with Tomonobu Fujii. 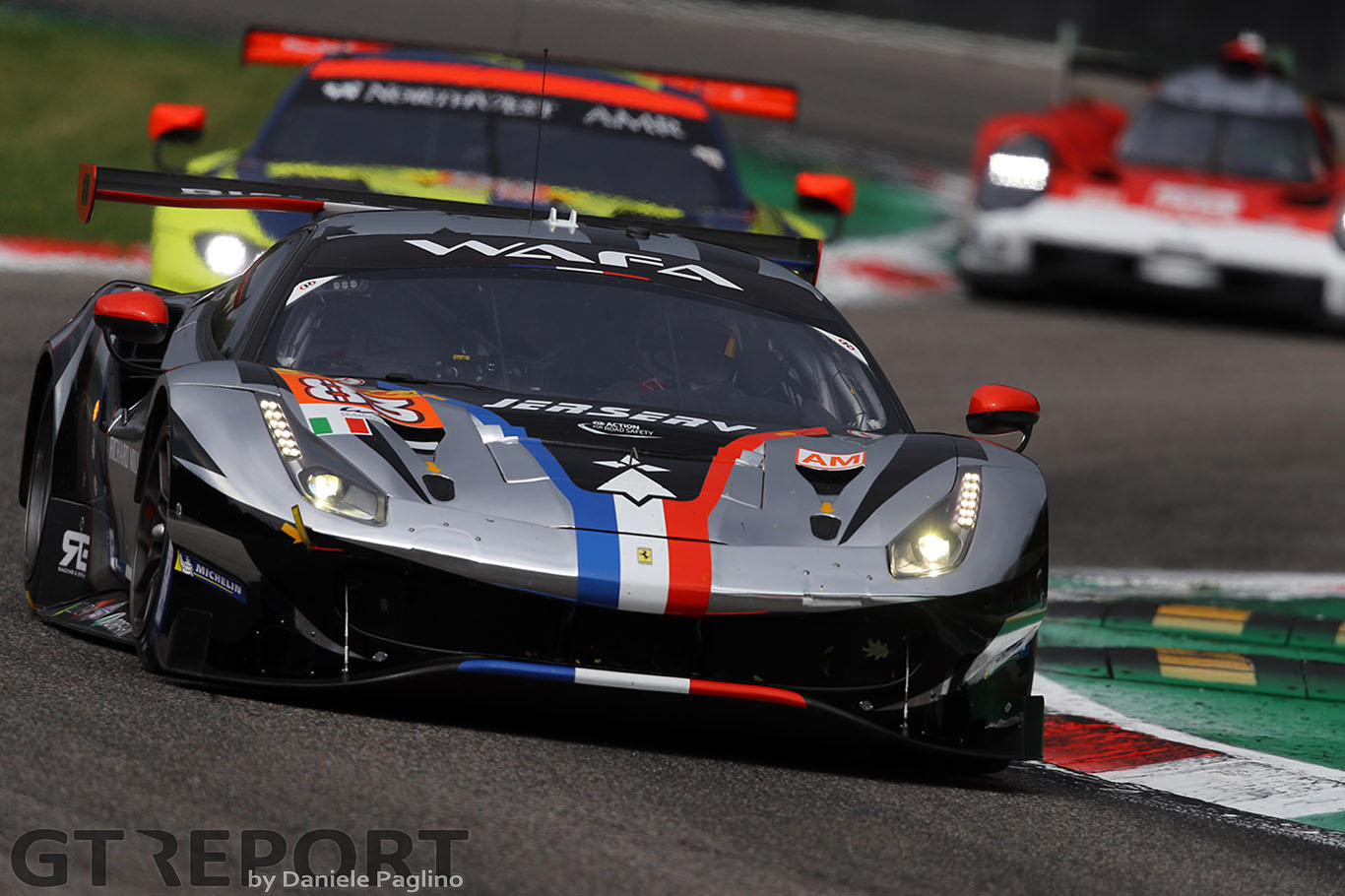 The D’Station car had better fortune than it’s sister car in the TF Sport stable which failed to finish after starting from pole.  The #33 driven by Ben Keating,  Dylan Pereira and Felipe Fraga  had a tyre delamination rip apart the front of the car leaving Ben Keating sitting forlornly in the car as the mechanics attempted to put it back together in the garage. Their efforts got the car back into the race but 12 laps down finally finishing the race 14th in class and P32 overall. 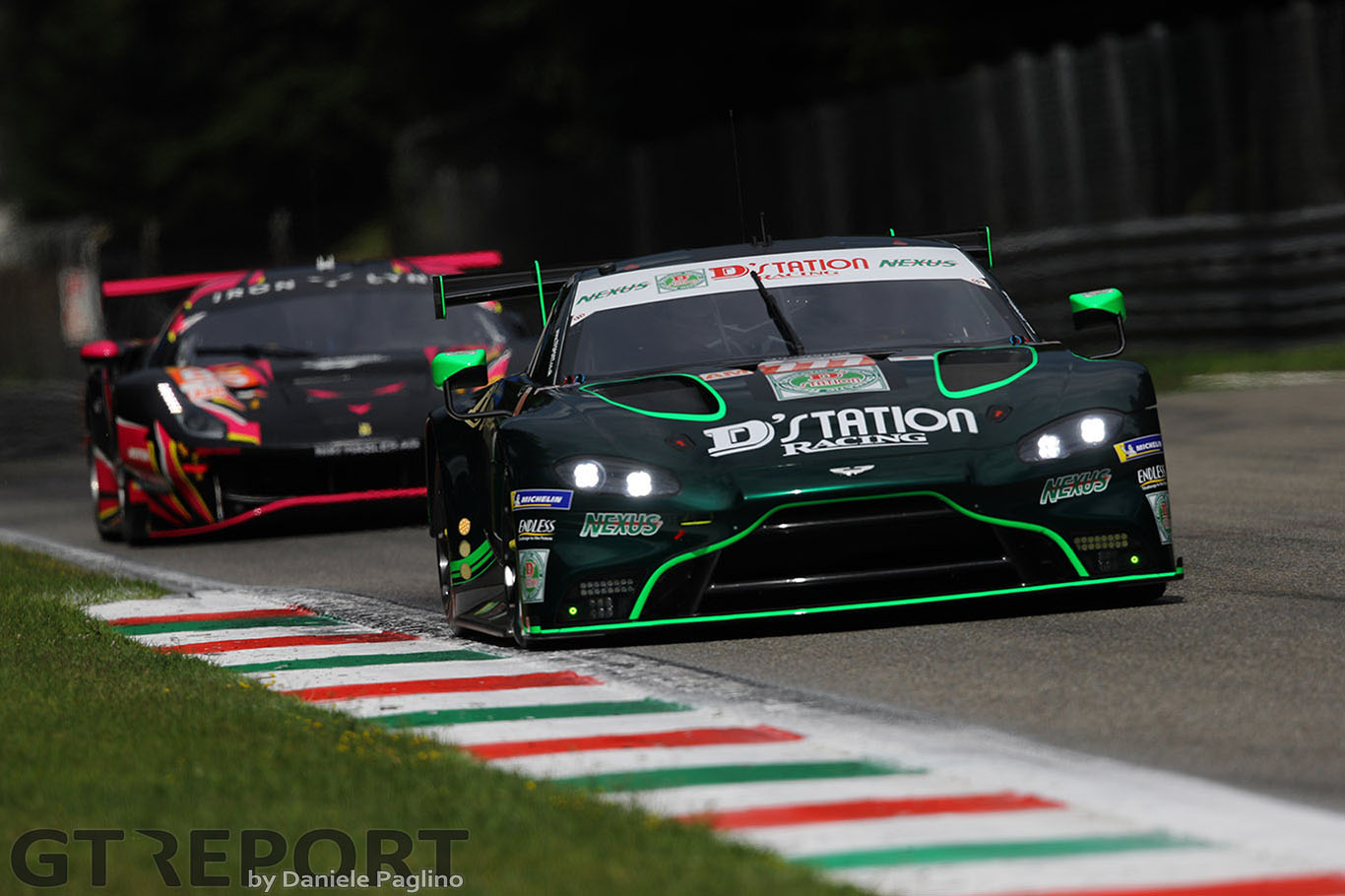 The next race in the championship will of course be the Le Mans 24 hours due to take place on the weekend of August 21/22.