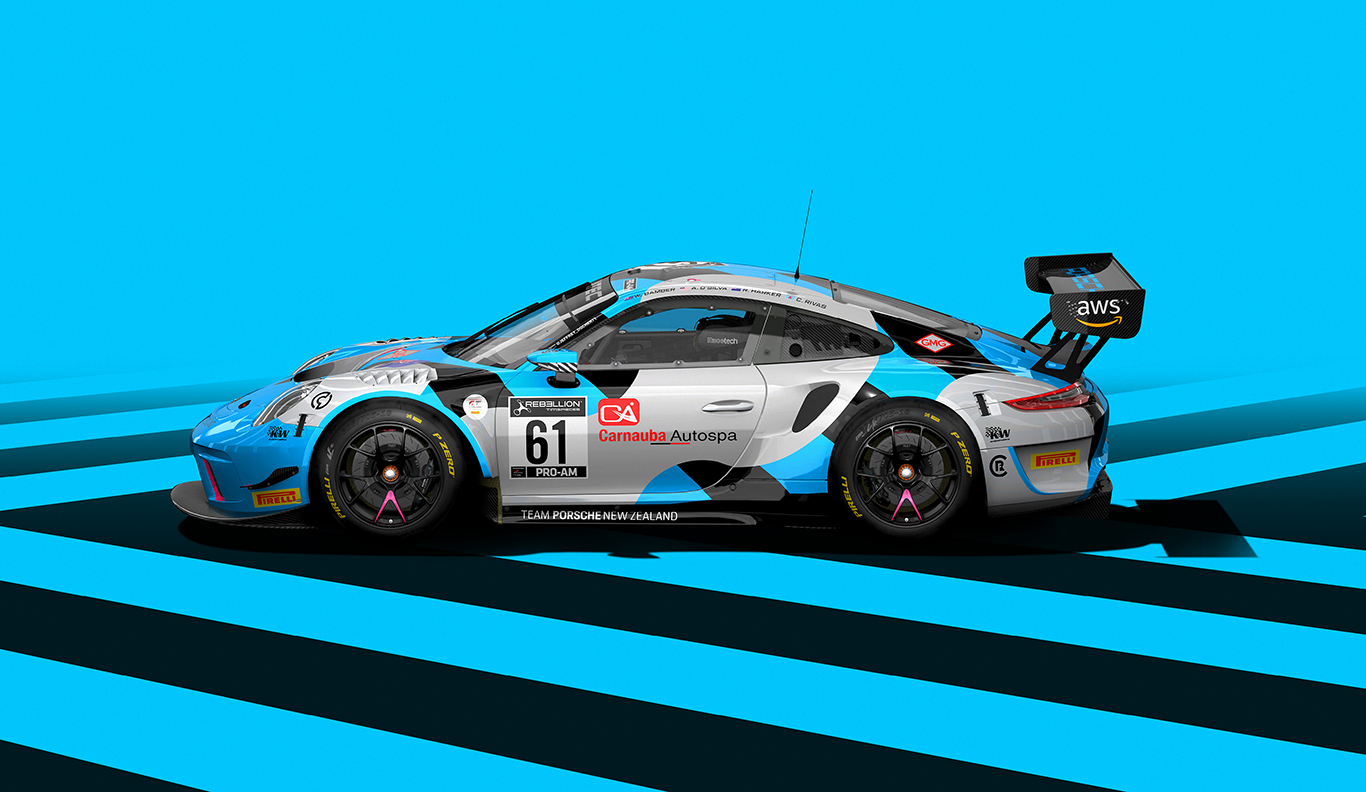 Earl Bamber Motorsport makes its European debut this weekend in the TotalEnergies 24 Hours of Spa with a single Porsche 991.2 GT3R entry under the Team Porsche New Zealand name. The team is owned by brothers Will and Earl Bamber and will see Will return to racing alongside Reid Harker, Adrian Henry D’Silva and Carlos Rivas for a Pro-Am Cup effort.

“It’s amazing to be back in the seat after such a long time,” said Will Bamber.

“It’s been agonising but to return to racing with EBM and Team Porsche New Zealand is an amazing feeling. Spa is no joke. We have a huge challenge ahead but our team has put in a massive amount of work and we have the crew and drivers to do the job.”

Bamber takes on the 24-hour race with fellow Kiwi and EBM junior driver Reid Harker who has mainly been active in the Porsche Carrera Cup Asia.

The 25-year-old added: “I’m super excited to be making my international GT3 debut with EBM and Porsche New Zealand at the 24 Hours of Spa. This is an amazing opportunity to race alongside the best in the world and I can’t wait. We have all the ingredients to challenge for the Pro-Am win so we will be pushing for a strong result.”

Carrying car number 61, the Porsche has been painted in tribute to one of the iconic Porsche 906s from the 1960s.

“The selected design direction evolved a lot to where it is now, its initial inspiration point was the iconic Porsche 906 that ran in the 1967 12hr Sebring race,” explained designer Jeff Docherty.

“It featured bold geometric hazard stripes that gave the car an aggressive and dynamic aesthetic. We bounced designs back and forth, but we kept coming back to two of the proposed designs. They both utilized iconic Porsche DNA, with subtle nods to historic Porsche race cars and colours: Miami Blue and Fashion Grey.”

Action for the 24 Hours of Spa starts Thursday with the first practice and qualifying session. Warmup and Super Pole take place on Friday, with the race starting Saturday at 16:30 CEST. 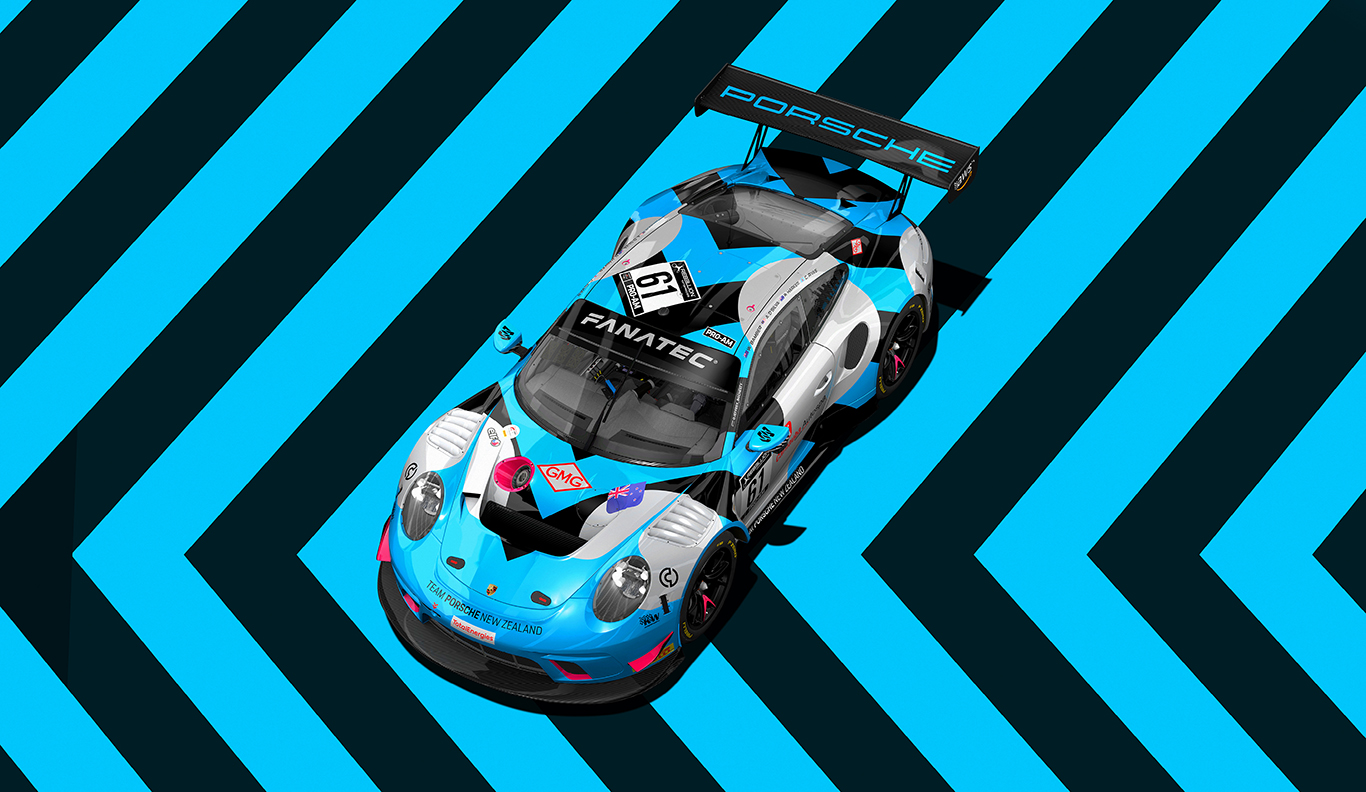 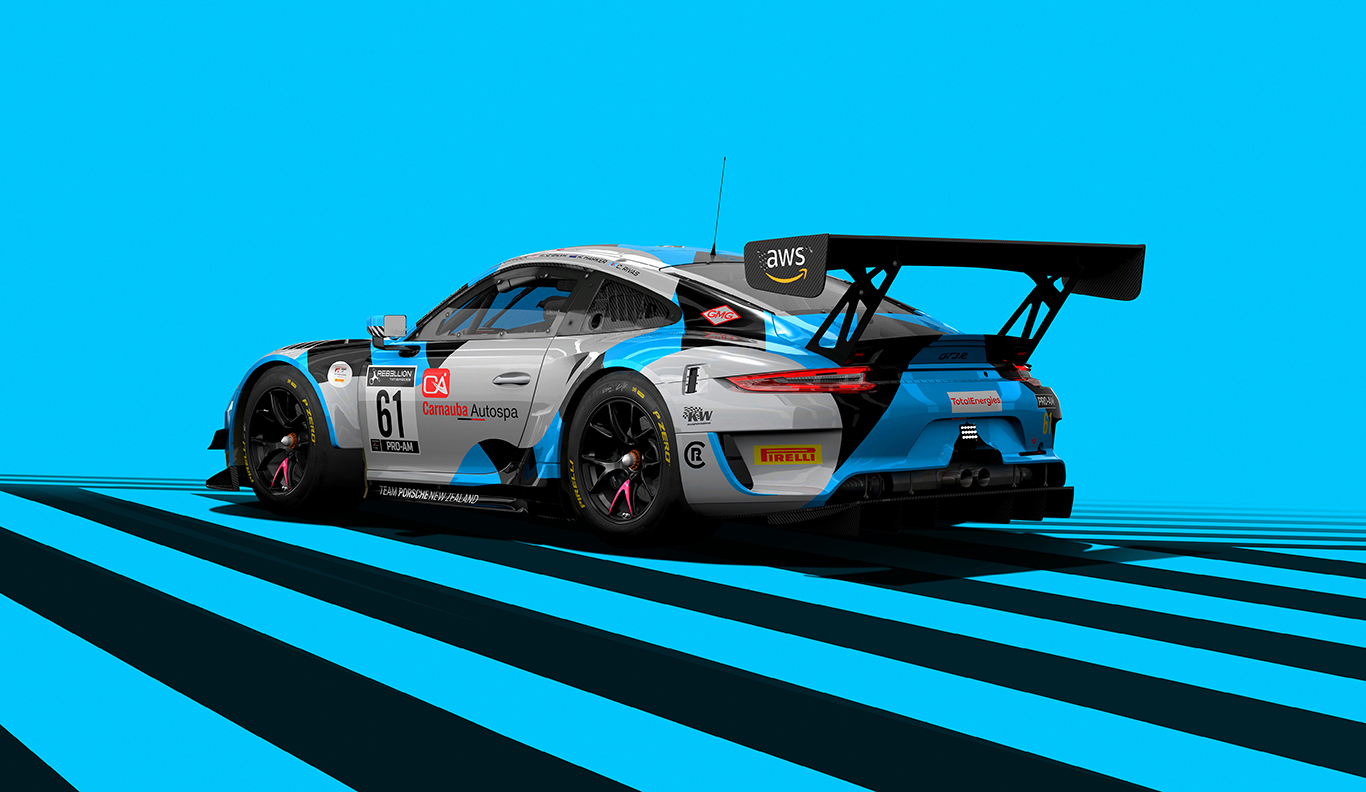 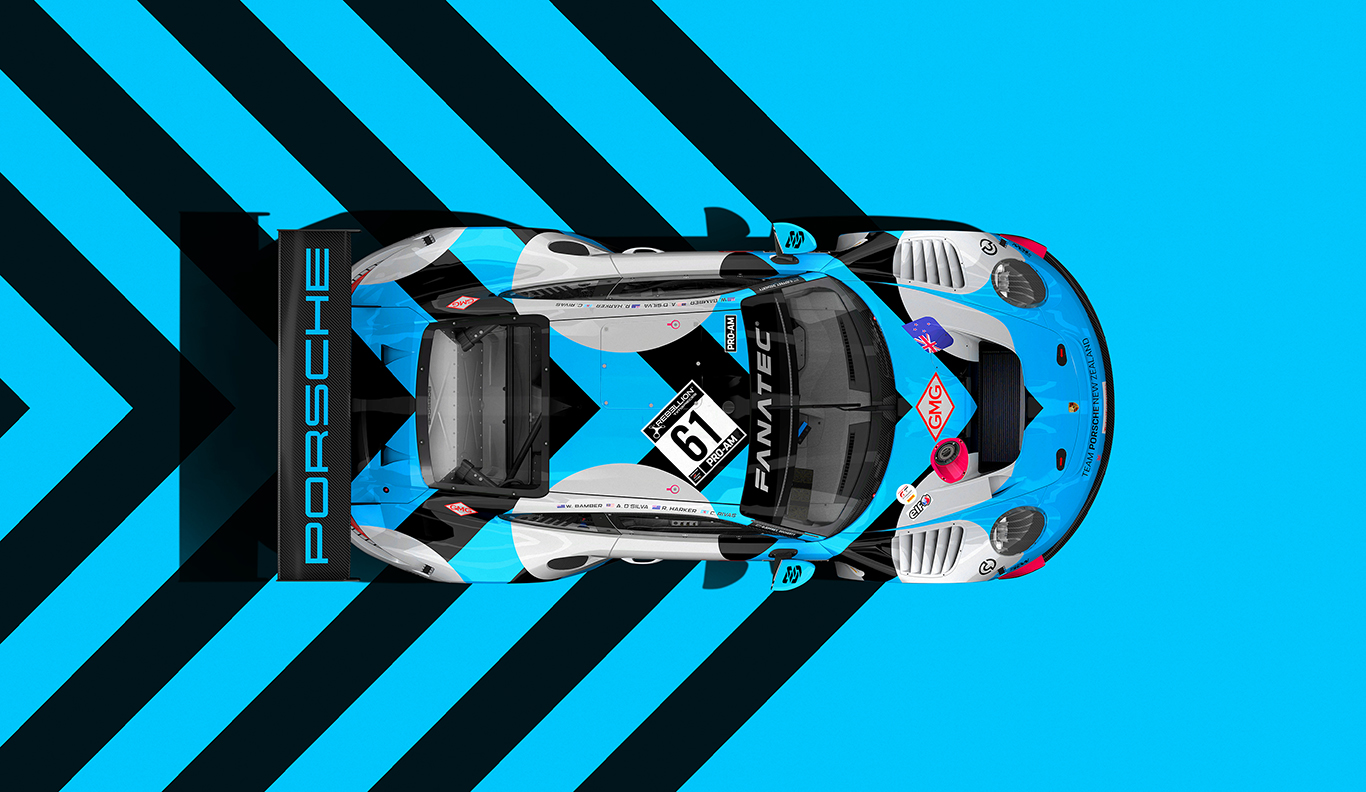 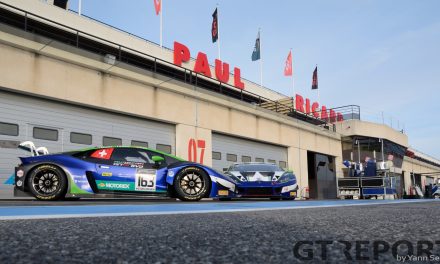 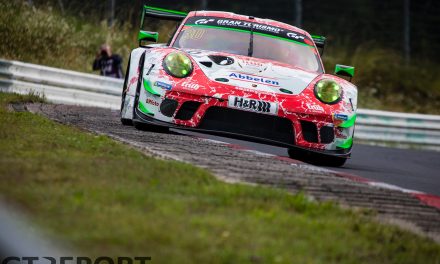 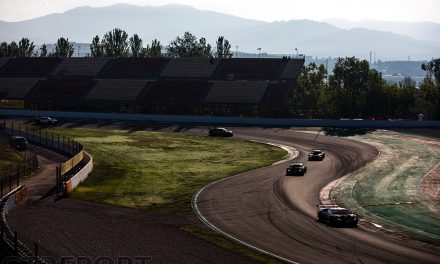 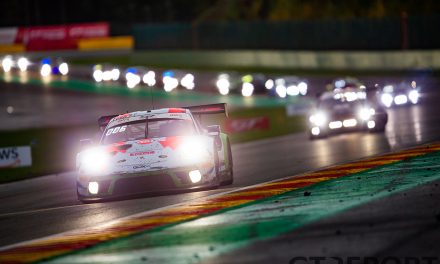