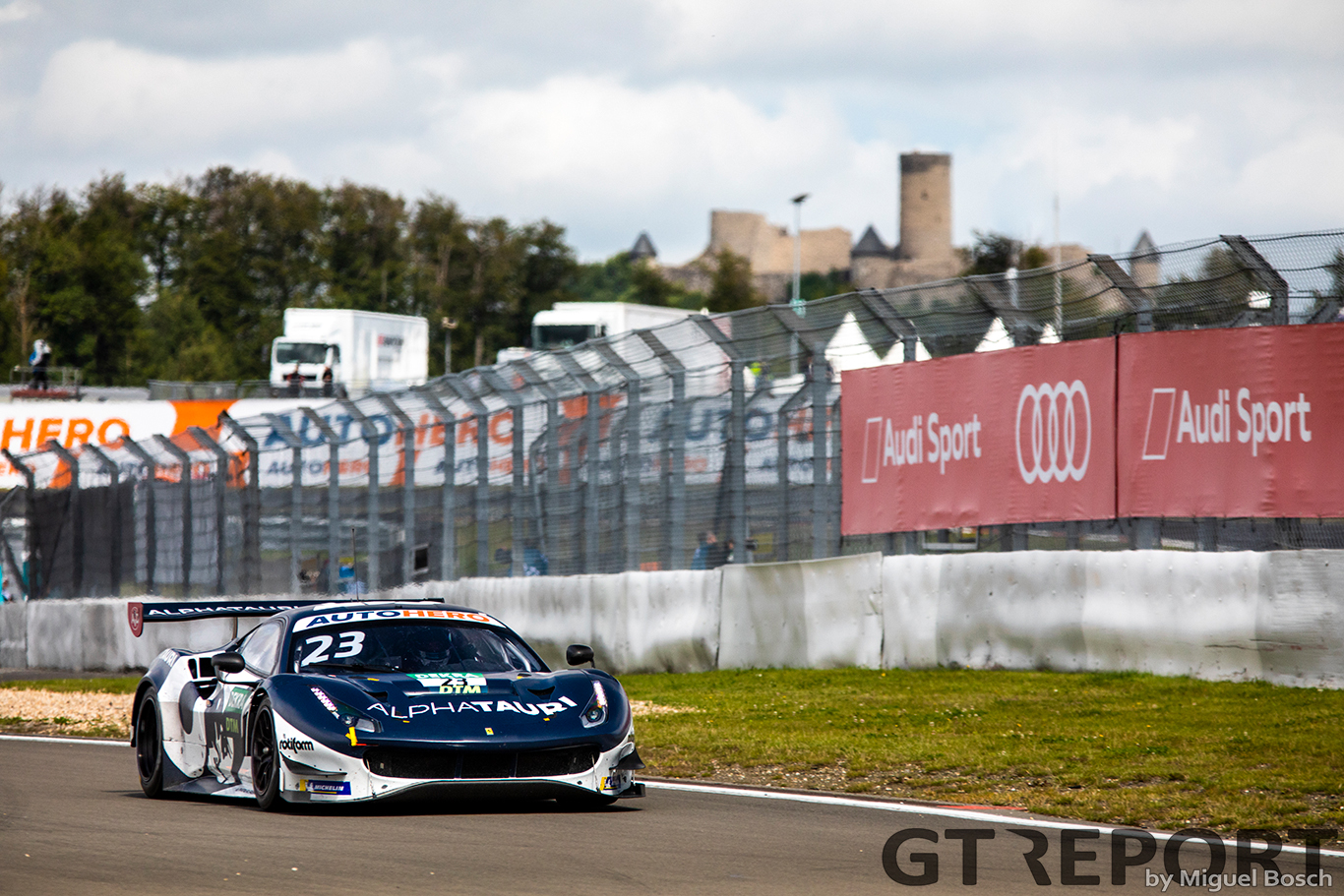 Alex Albon took his first victory in DTM, leading from lights to flag in race two at the Nürburgring. With the rain from the mornings qualifying session long gone and the track bathed in sunshine Albon started from pole position and the #23 AF Corse Alpha Tauri Ferrari 488 GT3 Evo was the first to react when the lights changed, pulling a lead of several car lengths into turn one.

As the field squeezed together through the tight right hander the Thai driver kept the lead but behind him Marco Wittman in the #11 Walkenhorst Motorsport BMW lost P3 to Michael Ammermüller’s SSR Performance Porsche 911 GT3 in the second corner. 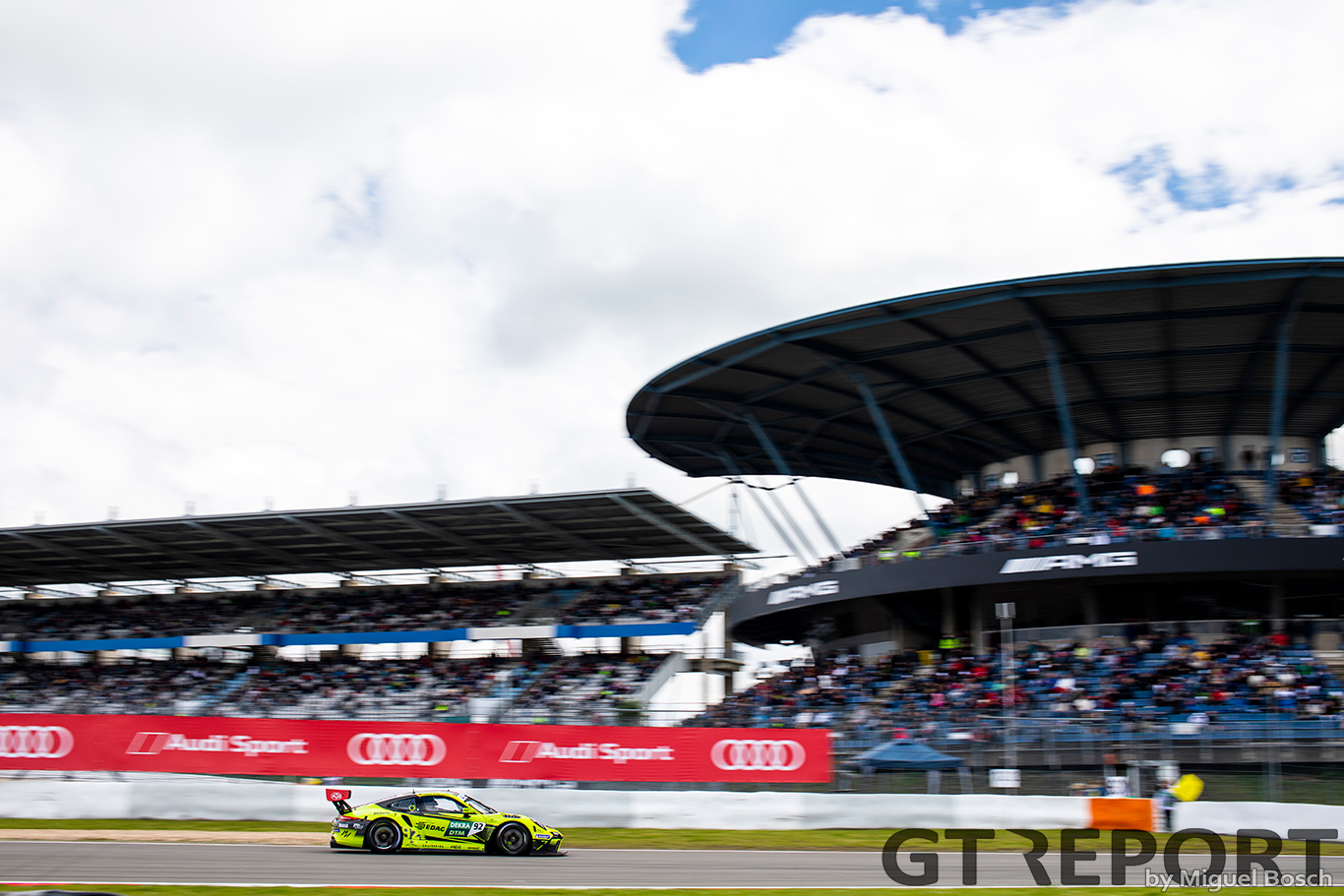 At the end of lap one Maximilian Buhk in the #18 Mücke Motorsport Mercedes-AMG GT3 got together with the Team Winward Mercedes-AMG of Lucas Auer and was squeezed into the pit wall suffering heavy front end damage which saw a safety car deployed. It was only to be for a single lap as the German was able to get going, albeit with only three wheels pointing in the right direction but it was sufficient to drive the car to safety on the outside of turn three. 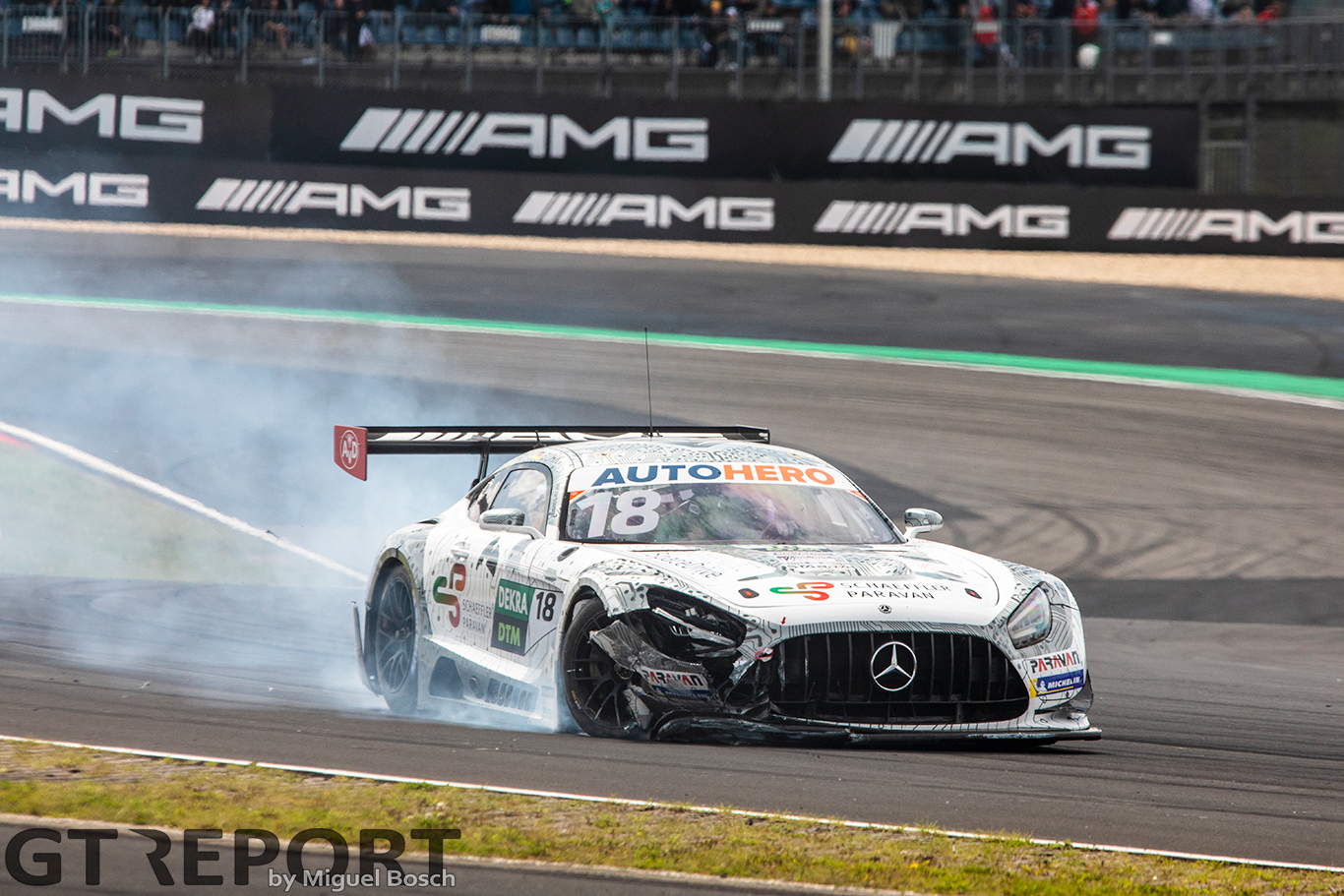 The restart was a more untidy affair and almost promised a second safety car as four cars got together in two separate incidents between turns two and three. Michael Ammermüller got a nudge from behind by Maxi Götz which saw the pair drop down the field.

Meanwhile Philip Ellis and Luca Stolz had their own accident which resulted in both retiring from the race, Ellis, having already lost body work from his Team Winward Mercedes-AMG GT3 following a trip through the gravel on lap 1.

At the opening of the pit stop window Maximilian Götz was the first to stop having dropped to P13 following his coming together with Ammermüller. 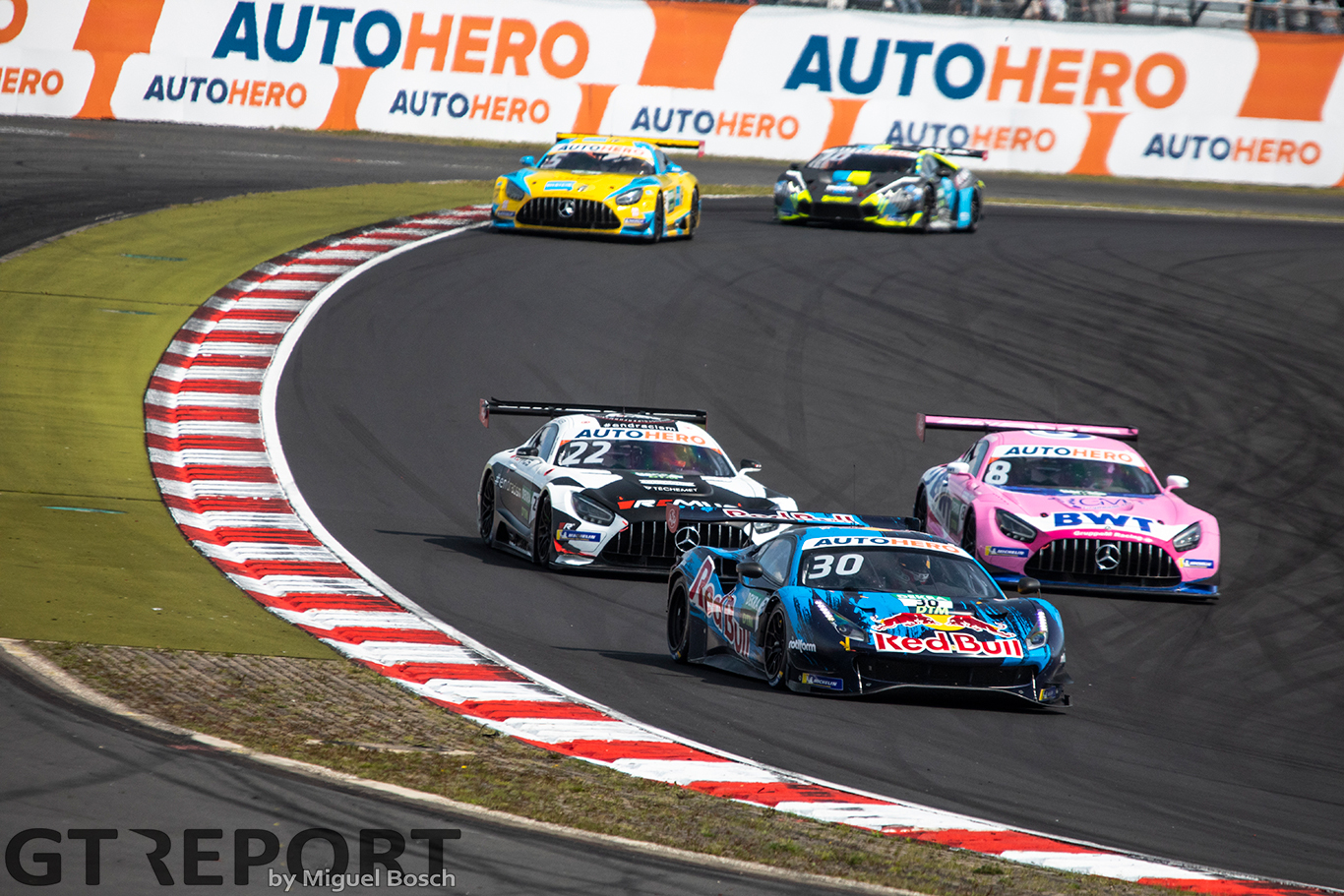 Liam Lawson was another early stopper and returned to the track just ahead of Maximilian Götz who had one lap warmer tyres on his Mercedes-AMG. Götz pushed the New Zealander hard and got a little too close resulting in a puncture for Lawson leading to another stop which dropped him to 19th place, the Kiwi having started from 11th and benefitting from the opening lap chaos to climb to fourth.

A second safety car was deployed to recover Hubert Haupt’s #6 HRT Mercedes-AMG GT3 which had come to a stop on the edge of the circuit. Sheldon van der Linde was already taking his pit stop at the time so benefitted beautifully, able to rejoin behind net leader Albon but without the need to defend his position whilst trying to warm his tyres. Unfortunately it wasn’t to be and Van der Linde pulled off the track with mechanical issues before the end of the lap. 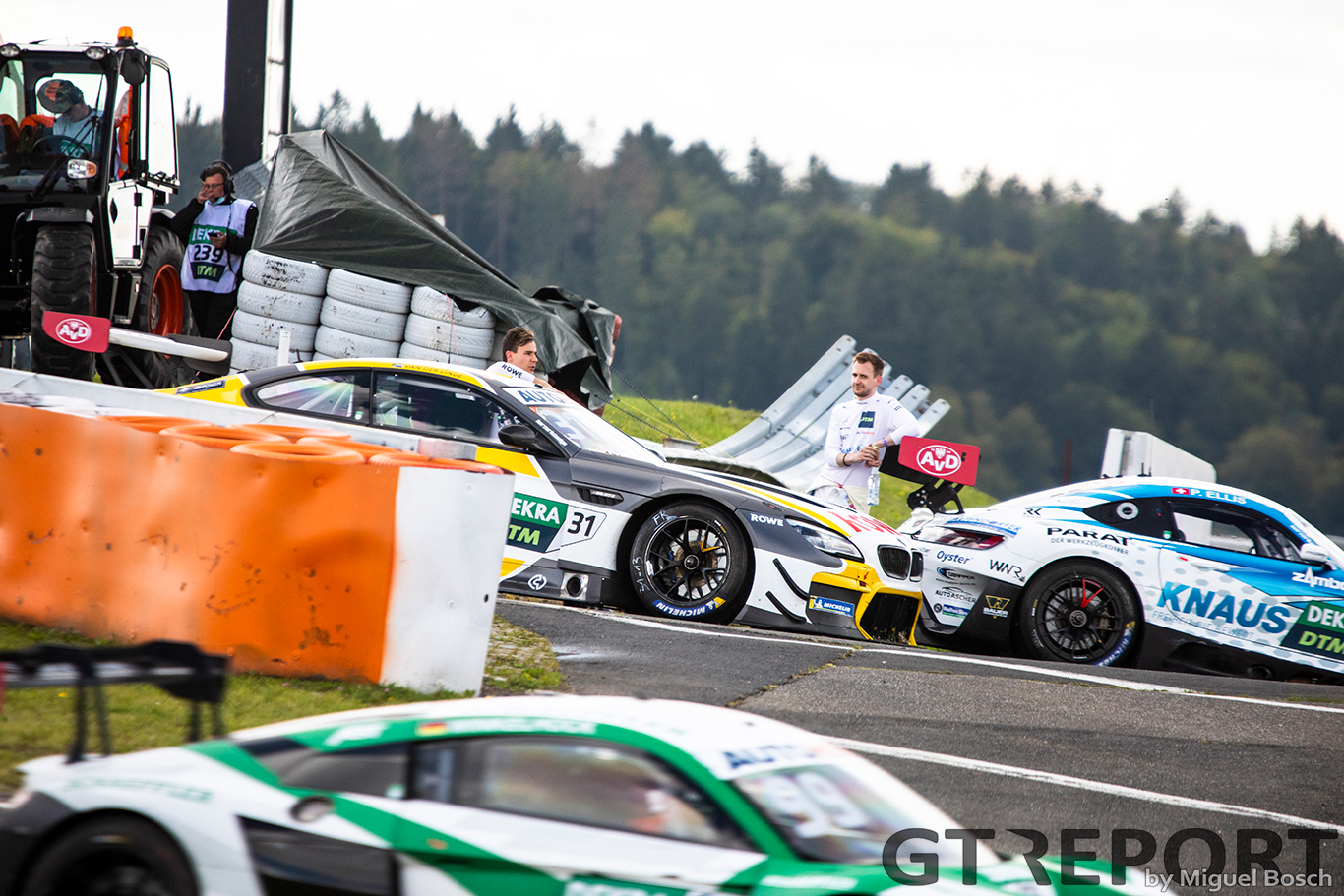 The restart claimed a number of victims the first being Ammermüller stopping his Porsche at turn three with radiator damage. At the chicane desperate to make up places, Liam Lawson tried an optimistic move up the inside of Kelvin van der Linde. The subsequent contact also collected Mike Rockenfeller who was turned right around in the corner. Everyone got away but both Rockenfeller and championship leader, Van der Linde were forced to retire. 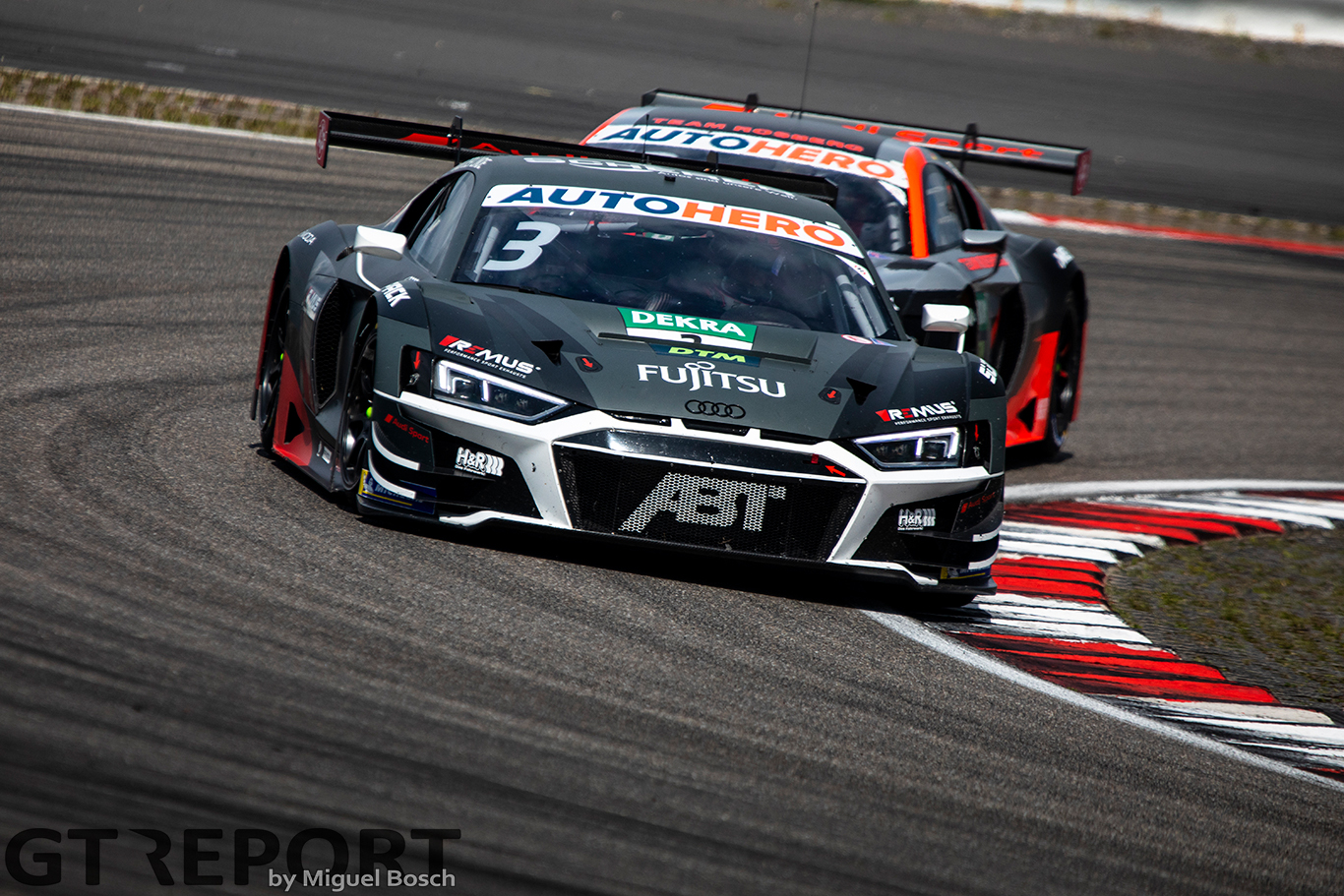 Lawson picked up a second puncture and if that didn’t finish his race, the drive through penalty for causing the accident at the chicane certainly did. Eventually he too retired now being over a lap down on the field.

With 3 laps remaining the top 5 had broken away with Albon nursing a 5 second lead over Juncadella with Wittman a further 2.5 second back. The remaining pair of the quintet was Max Götz and Esteban Muth with Götz closing the gap to Wittman in the final minutes. With fading tyres Wittman would have fallen victim to Maximilian Götz had there been more laps in the race but as it was he held on to third. 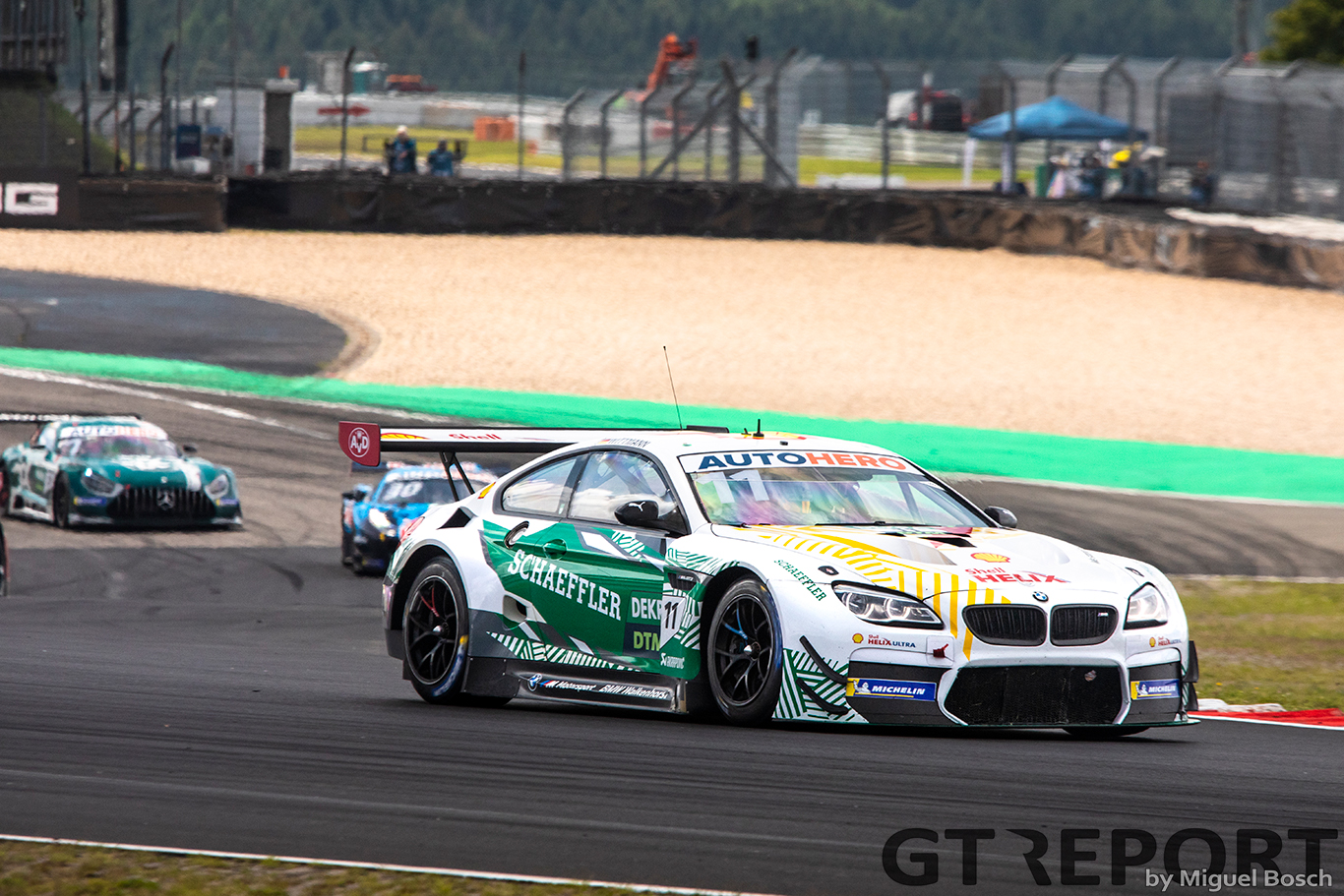 In the standings Kelvin van der Linde holds on to the lead with 129 points despite not finishing and with second placed man, Götz unable to maximise his points take the gap between the two is still a relatively comfortable 33 points. The third-place finish for Wittmann sees him close of Götz in the points standings with just 2 points separating the pair with Götz on 96 and Wittmann on 94. 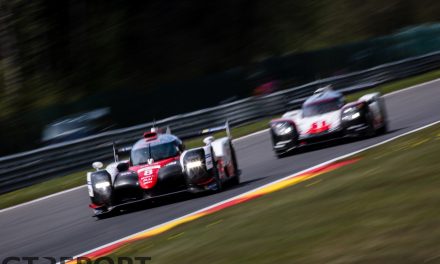 FIA WEC Spa race report: Red and white all over 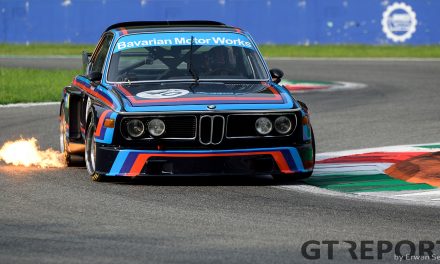 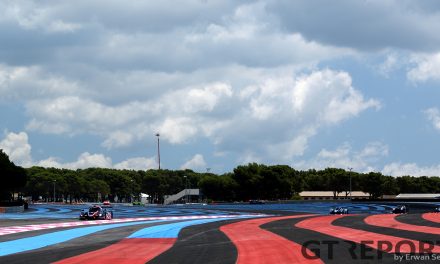