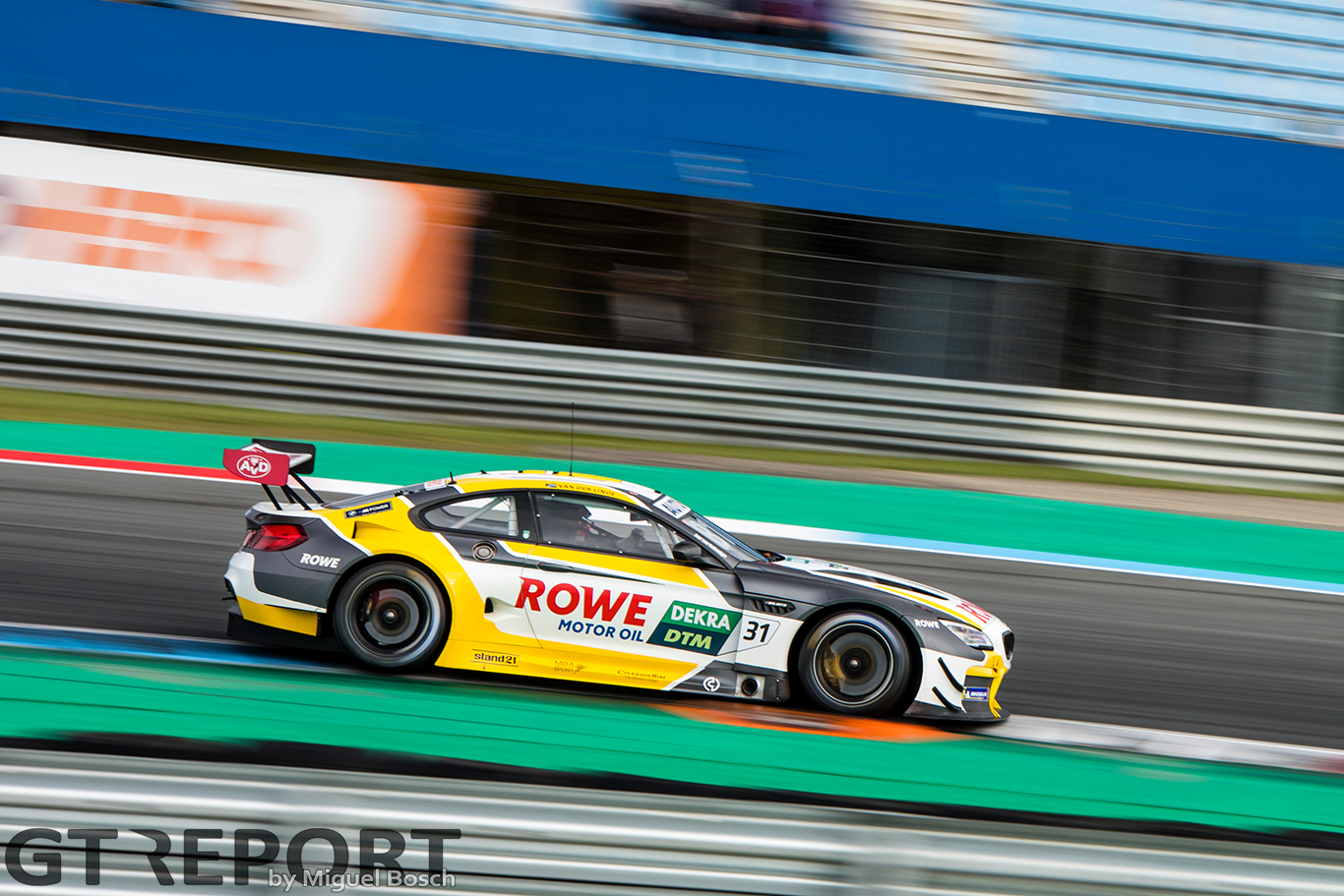 Sheldon van der Linde arrives this weekend at Hockenheim ninth in the championship and out of contention for the title. It’s a step back from his breakthrough 2020 season when the young South African scored his first DTM victory and raced to sixth place in the championship.

An ambassador and supporter of DTM, Sheldon van der Linde discusses with us his experience throughout 2021 and what he would like to see for the future of the championship.

The world of DTM has changed considerably since one year ago: GT3 has replaced Class One touring cars and DTM newcomer Rowe Racing picked up the mantle for BMW as Van der Linde finds himself struggling to relive last year’s success. 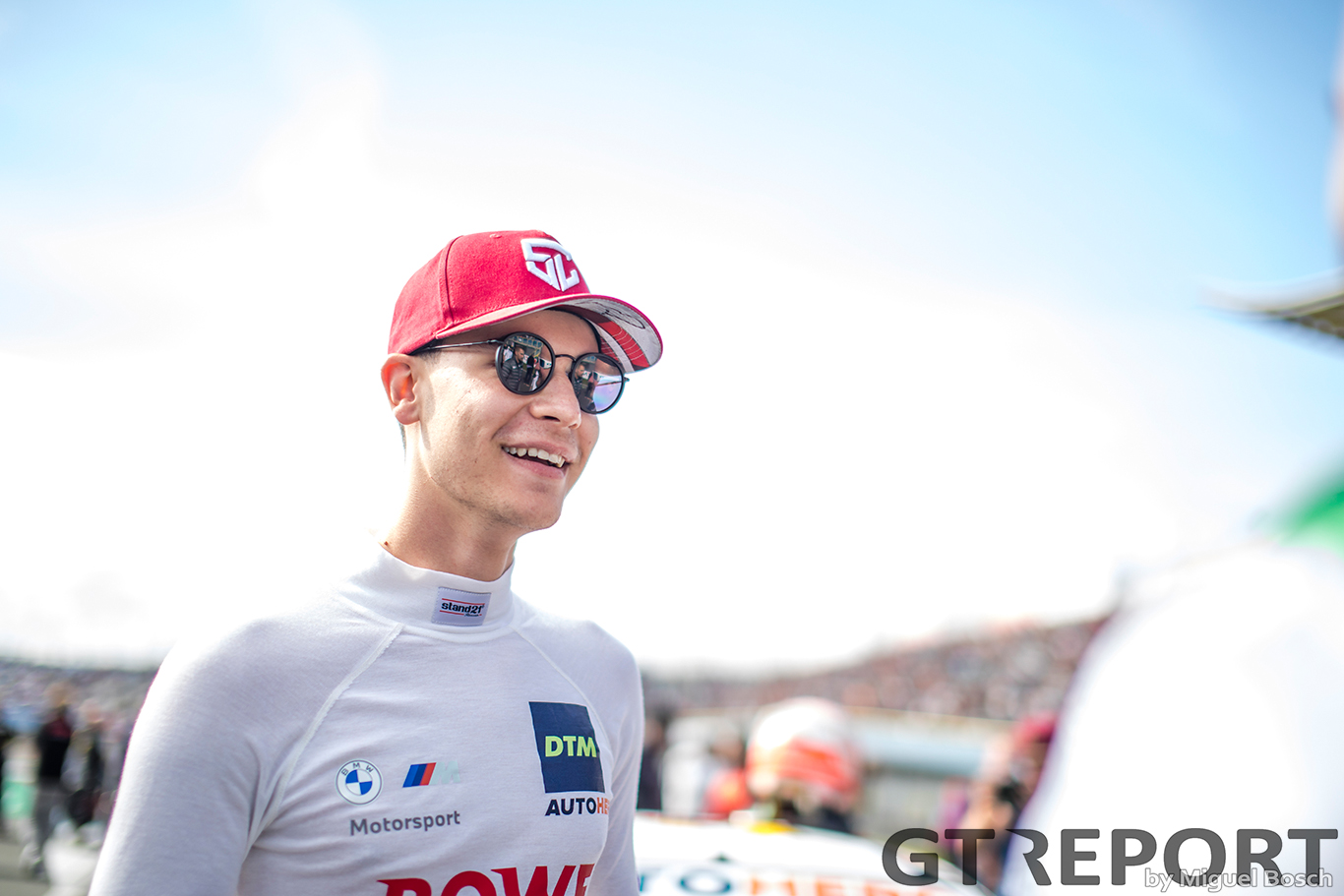 At Rowe Racing, the 22-year-old finds a team well-versed in GT3 racing and with some of the biggest trophies in motorsports in its cabinet, but also a complete newcomer to DTM. Its introduction to the championship has been a steep learning curve and one that has seen its fair share of disappointment in the season so far.

“I joined the team quite late in the season – it was only confirmed in April that I was going to drive for them and before that I’d never really driven with them,” Sheldon van der Linde recalls the run-up to the DTM season.

“I did the 24 Hours of the Nürburgring last year with Schnitzer, so I never had any interaction with them, it was very new for me. The first time I met them was at the first test in Hockenheim.

“It was obviously a very different challenge for me, but nice to get to know the team as well. Obviously, doing the 24 Hours of the Nürburgring with them sped up the process, and I did VLN with them as well, so everything helped to speed up the process.

“It’s a very good team: they’ve won Spa and the Nürburgring in the same year which not everyone can say they’ve done that, so yeah, it’s good to know them.” 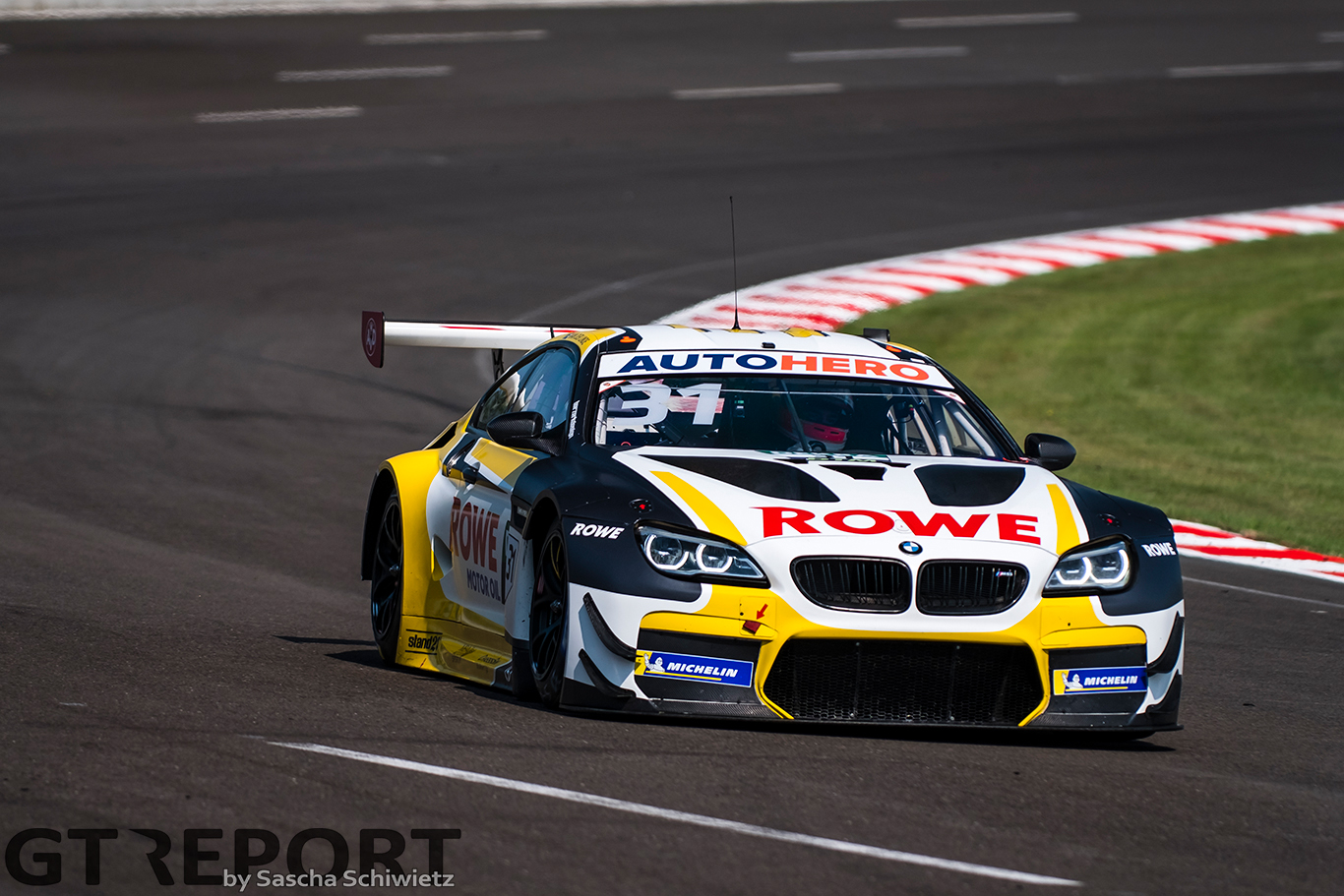 Despite all that, Sheldon van der Linde has been struggling to put potential into results, achieving pole position at the Lausitzring but mainly fighting for points rather than wins.

While fellow BMW works driver Marco Wittmann over at Walkenhorst Motorsport is in full contention for the championship title, Van der Linde feels he is not yet extracting the full potential out of the BMW M6 GT3.

“No, clearly not. When you look at where Marco is at the moment, he’s clearly getting the most out of the car, he’s fighting for the championship, and I don’t even think I’m in the top nine or eight, anyway.

“I don’t think we are, unfortunately… We haven’t tested enough. Quite personally, I think we haven’t figured the tyre out yet and that’s obviously what Walkenhorst have done well, and for that you can only respect them for what they’ve done this year, it’s impressive. Not understanding the tyre as much as we should is probably the biggest thing, I think.

“And I also don’t have much experience in the car, although I think that as a driver you should be able to adapt to a car as quickly as possible, maximum of two races. I don’t see that as an excuse or anything, I feel like I’m on top of my game at the moment, I’ve shown that at Spa and other places. I think more of a case of us getting to know the tyre better as a team and getting to understand the way of working in DTM a bit more.” 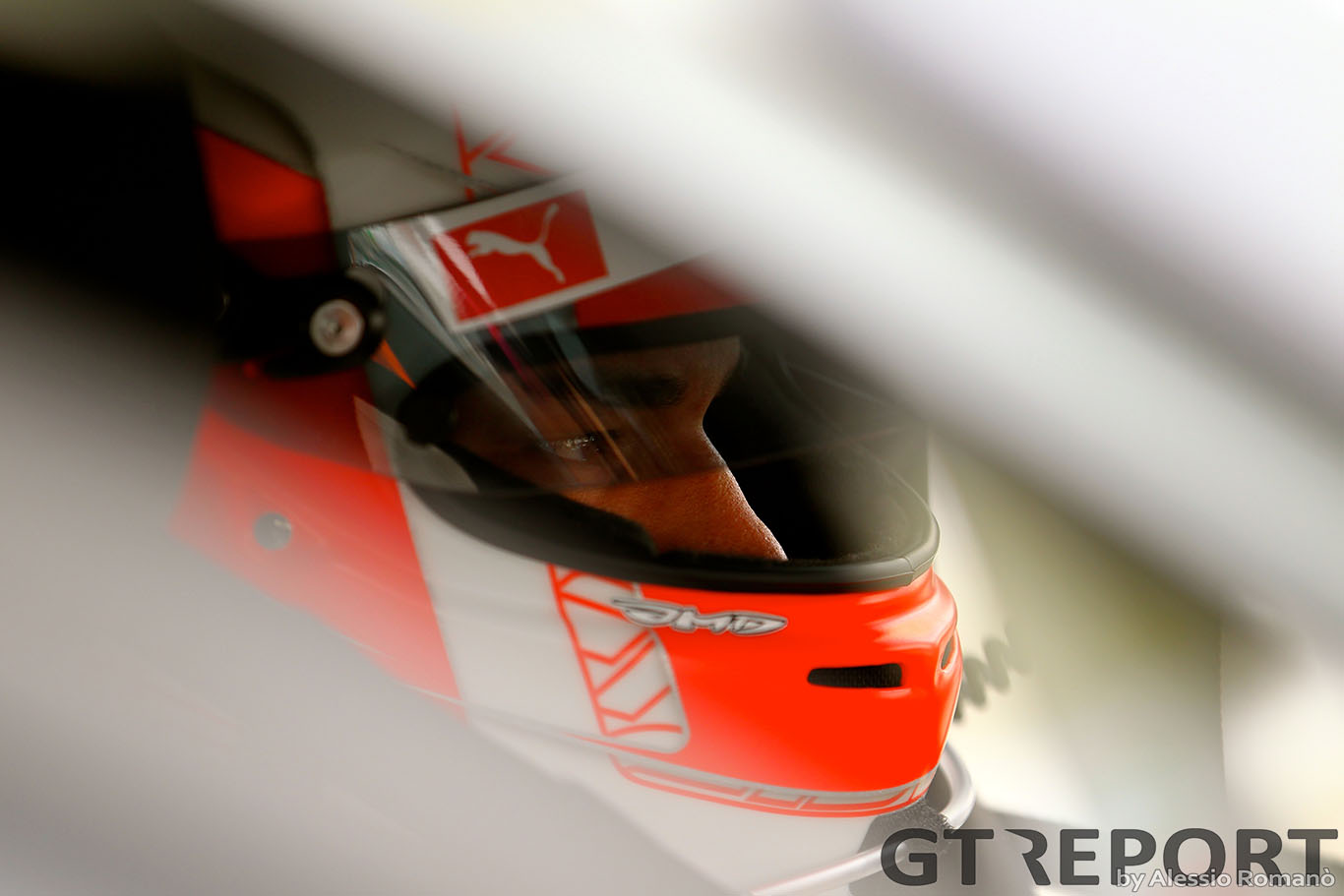 Using Michelin’s Nürburgring tyre on which Rowe won last year’s 24-hour race as a reference is no option, either.

“The tyre is quite a bit different; I think it’s a bit of a stiffer compound that we drive in DTM, but I think the base is the same.”

Despite the ups and downs, ‘SVDL’ enjoys racing in DTM’s new era.

“It’s a new challenge,” he continues.

“The racing is just as good as it was before. I expected it to be a bit more boring this year, but it’s actually the opposite, the racing has been extremely good so far this year. I think this is purely down to a lot of Pros knowing what they are doing, and the racing has been very hard at some point – sometimes a bit too hard.

“At Assen we saw good racing and even though we don’t have Push-to-Pass and DRS, it still feels like the racing is very good so that’s obviously the most important part for the fans. Even though the cars are slower, they want to see good racing and I think that’s what’s going to bring the fans in.” 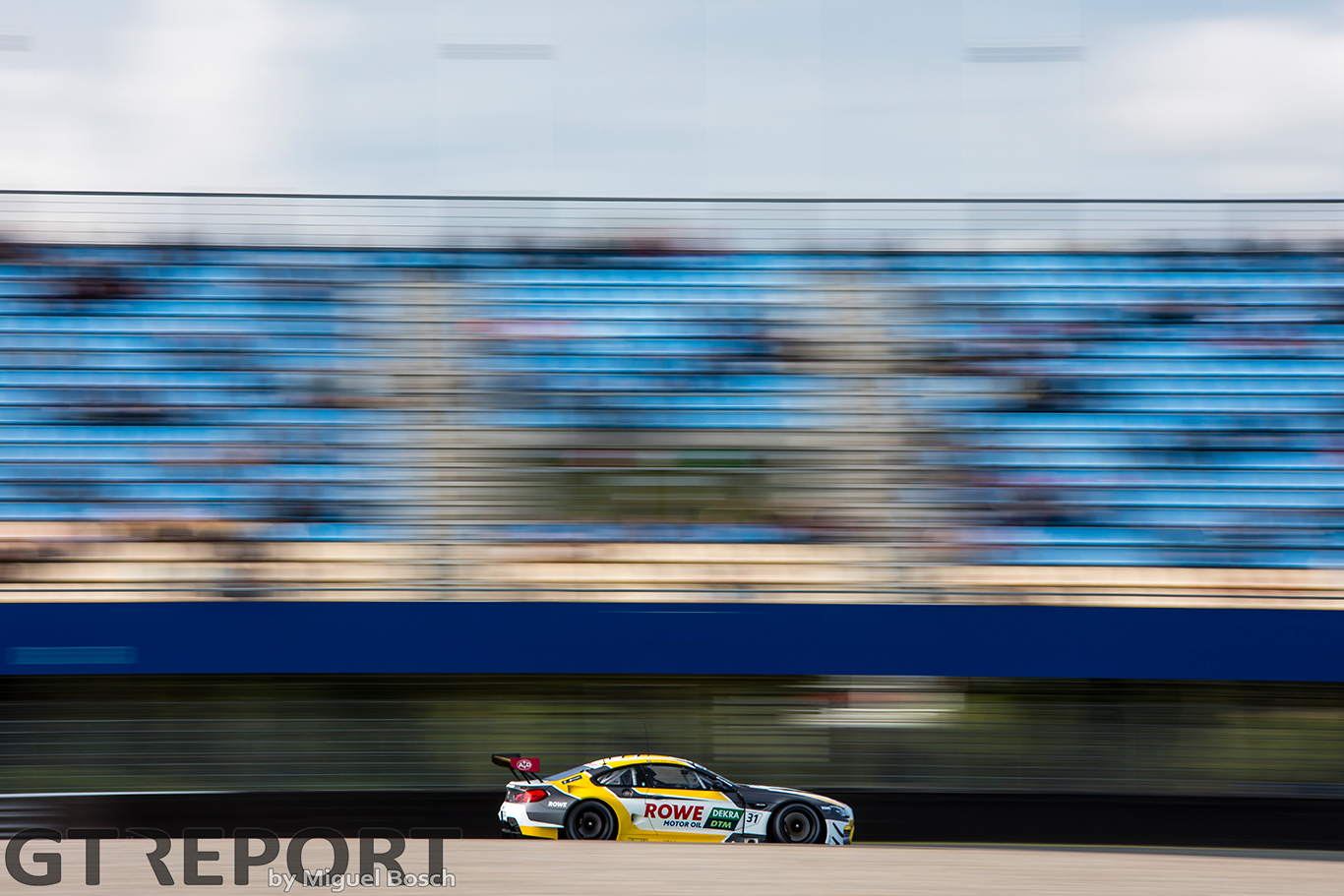 One of the most notable changes for Sheldon himself has been the absence of manufacturers and the additional pressure that brings.

“Now the teams are private teams, which makes my day a lot easier. I remember the last two years, DTM was always like you had a meeting every minute of the day and you couldn’t even afford to have lunch even before the race because you were so busy with meetings and other stuff going on.

“Now it’s different and I feel like since the private teams have come in and taken over, it feels like things are a lot more easy-going, the atmosphere is a lot more like a family. We go out for dinner in the evening, we mix with the ITR people a lot. When the factories were there, everything was a lot more stiff and obviously the competition was higher as well because people are investing more money so there is more pressure. It’s a lot more chilled out atmosphere nowadays days.

“I think that is the main reason why everything is a little more laid back is because there is less money being spent. There are GT3 cars now as well, so the level [of technology] has gone down slightly, you cannot operate at the level of what it was of the last two years if you don’t put in as much money and really invest the time and effort the manufacturers did, so that’s natural. 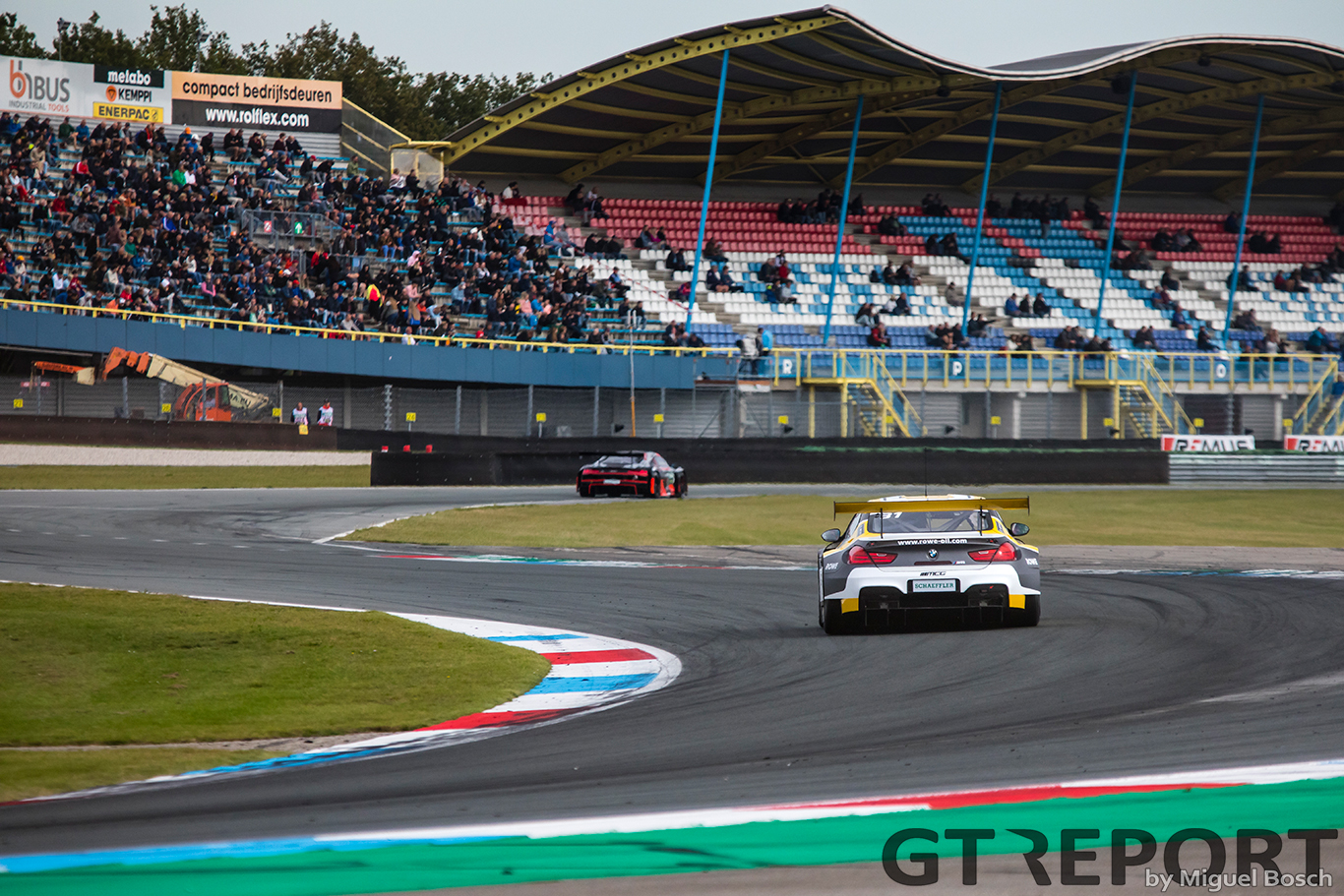 “I don’t think it’s a downside, I just think it’s a different way of doing motorsport and it’s not necessarily the wrong way but that has made it more chilled – the fact that there is less pressure from manufacturers.”

A driver in both DTM’s Class One and GT3 era, Van der Linde would like to see the series return to its touring car roots.

“I would personally like it to go back to the Class One phase, I think those are the best cars I ever drove in my life. You really feel the difference when you come to GT3 cars this year like I’ve had the experience in the last two years, and I don’t think I’ll ever drive a car that is as good as that to drive again probably.

“LMDh is coming up now so obviously that’s the next step and those cars will be cool to drive as well maybe in DTM in the future with hybrid power because I think that is a target for DTM, to go in that direction in the future.

“But I think we need cars without ABS and Traction Control, that for me is the most important thing. As soon as they have that – it’s assistance that we don’t need in my opinion and professionals know how to do without and I think the racing is better without is as well.” 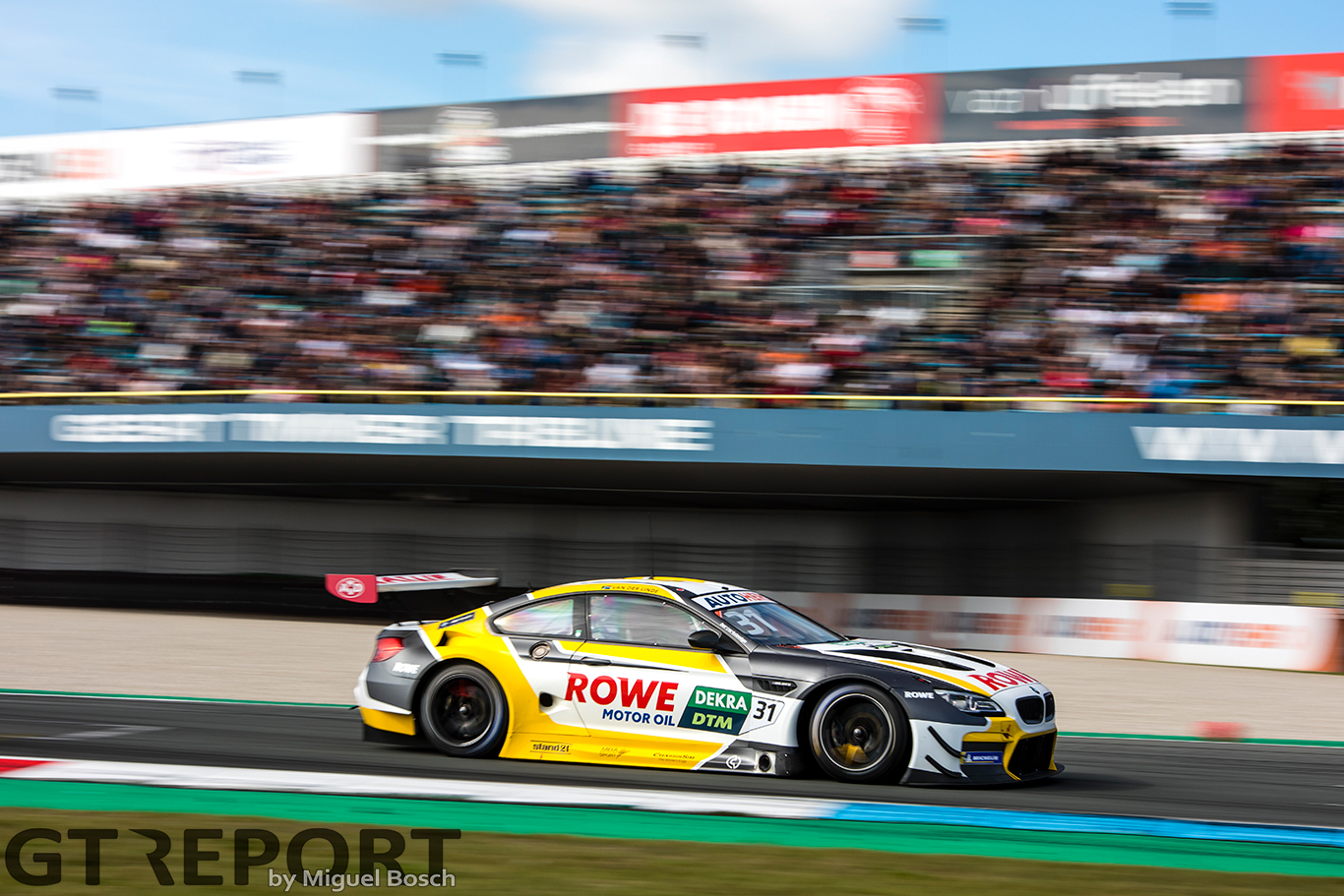 GT3 now is the default GT machinery of many championships around the world, including DTM. What sets the former touring car series apart from other GT3 series, Van der Linde says, is the one car, one driver aspect of it.

“We only have one driver and I think this is pretty much the only sprint championship with GT3 cars where you have pits stops and one driver. There are so many championships now where you have to share with a driver, in touring cars and GT3 especially, this is what clearly sets it apart from anything else.

“Me being a DTM driver the last years, you get really selfish in that you want to stand on the podium alone and do your own set-up and not compromise with a teammate. I think that really makes you selfish in a way, even if you do that just for two years like me. When you go back to endurance, it is a different aspect of it, you have to set the car up for two or three other drivers. That sometimes gets a bit annoying when you can’t just focus on yourself and have everyone is working only for you.” 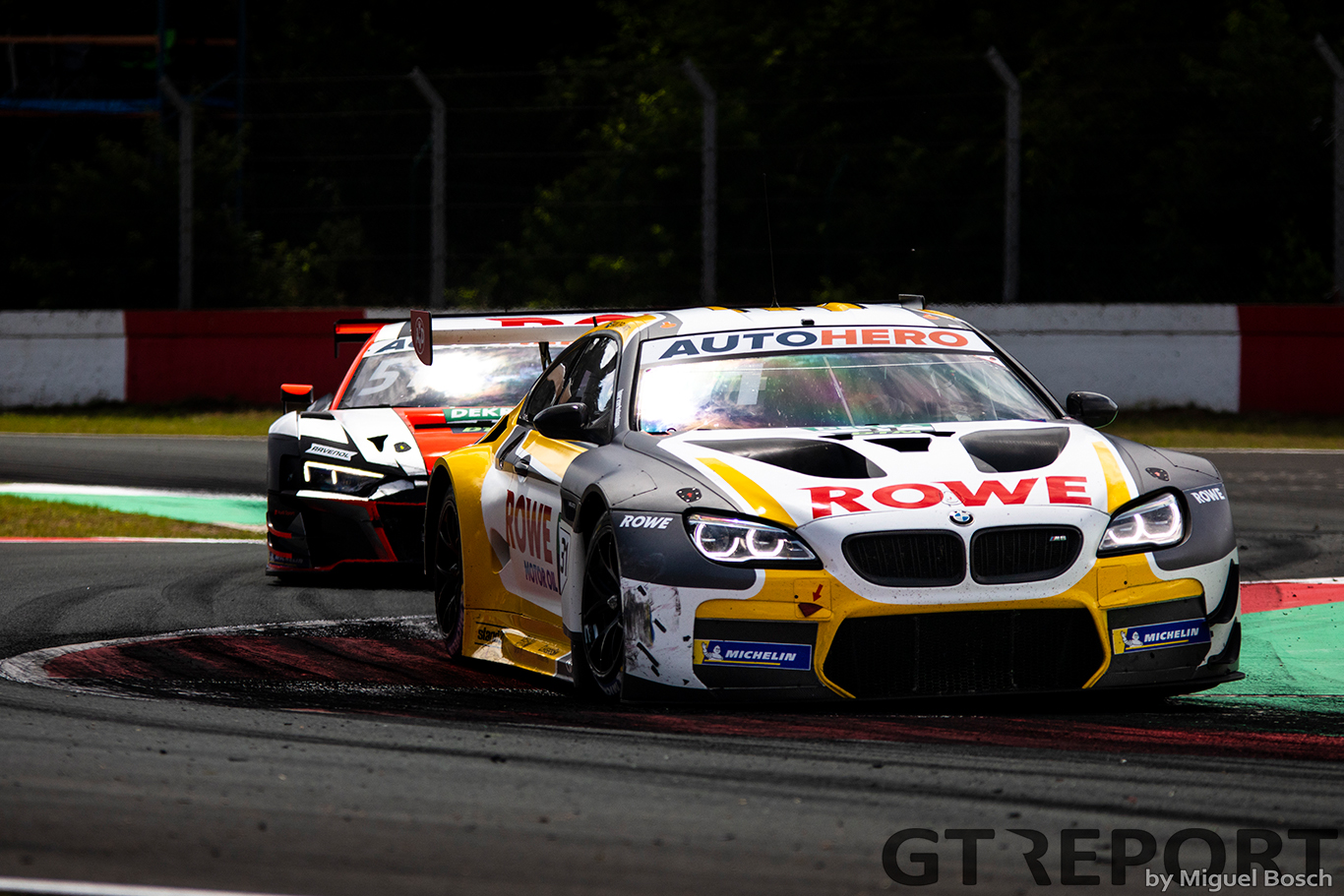 Two back-to-back race weekends remain, can Sheldon overcome the setbacks experienced this year and close the season in some satisfying sense in Hockenheim and Nuremberg?

“My goal is to end the season on a high and be on the podium and win races, that’s what I set myself the target of doing at the beginning of the year. I knew it would be hard to go for the championship because it’s a new team and it’s a car that doesn’t really suit the tracks, but I have to say we were pretty surprised at how good the car has been suiting the tracks and how quick Marco has been in the last races, that really surprises me.

“But of course, we’ve come so close, we’ve lost out on four or five podiums already this year which has been unfortunate. The goal is to still be on the podium. We only have two races left, only four chances, so the goal remains the same.

“I’m mostly looking forward to getting back on the podium, that’s the most realistic goal we have. 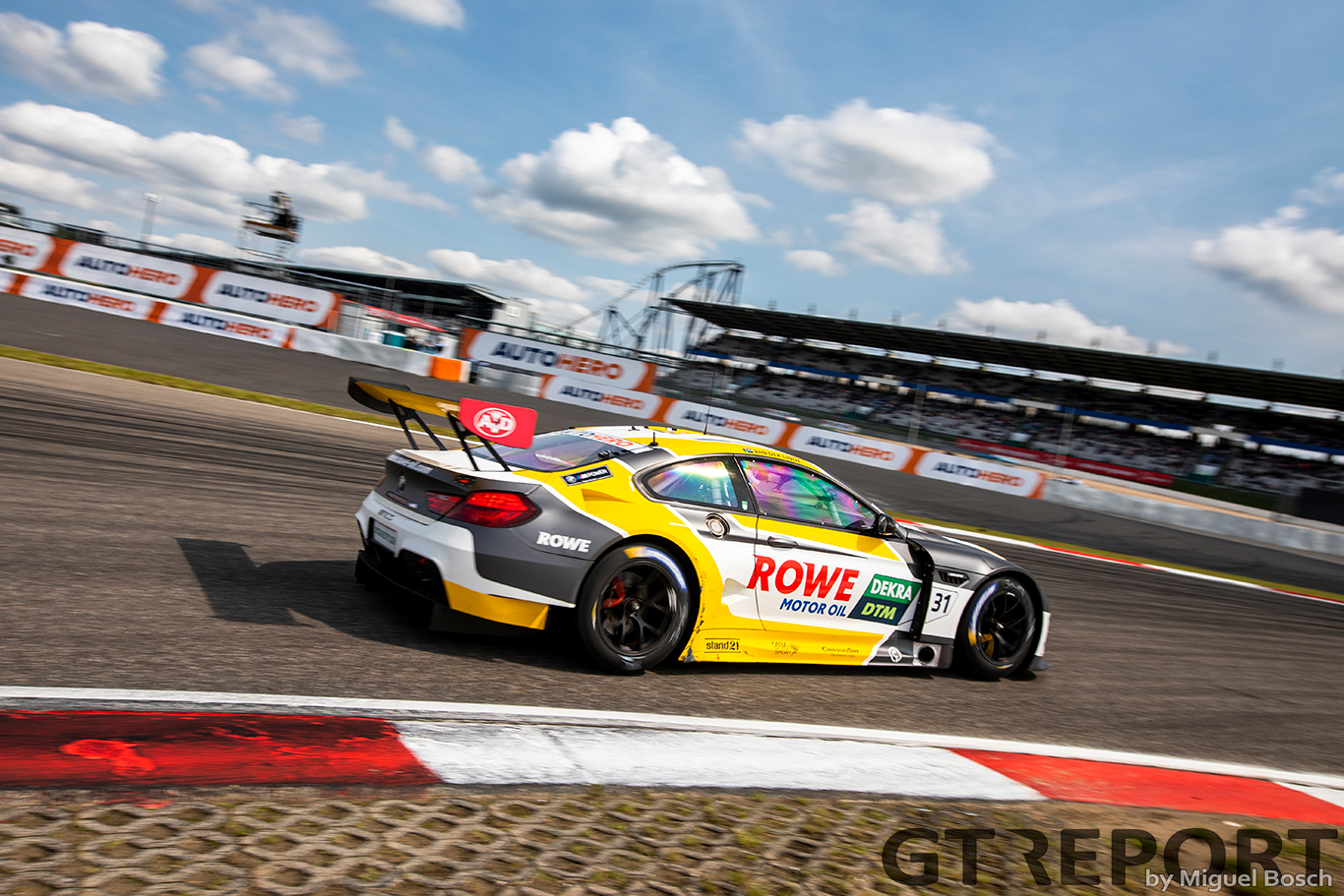 “Also, I’m looking forward to next year already, actually, working on next year. Plans are already in place to put a strong package together and I get motivation from that, from how things are looking not only now, but for me with BMW over the next two or three years, things are looking very good.

“I see a longtime [future] with this brand and I think they invest a lot of trust in me and that’s always good to see and that’s the positive I take out of it.”