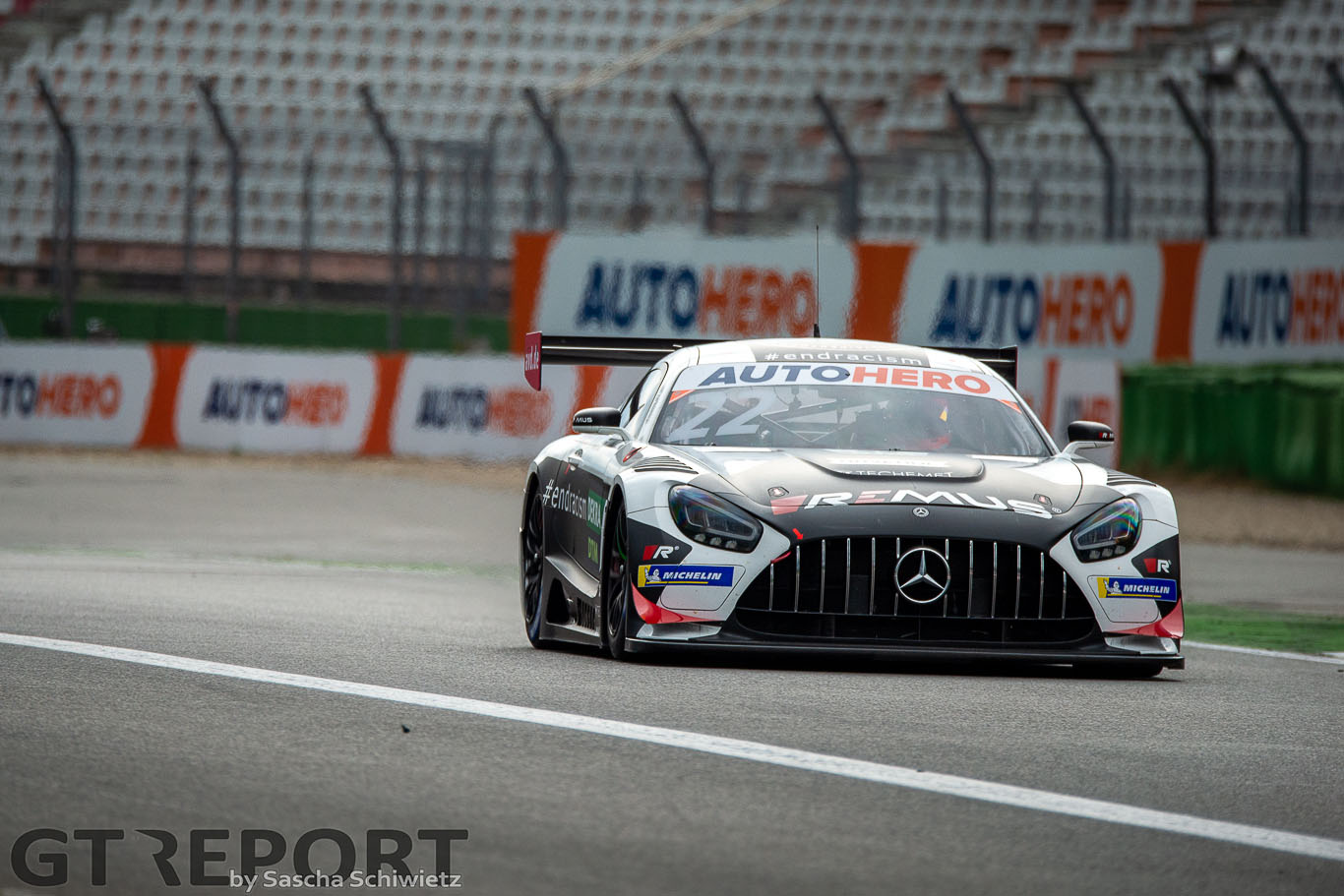 Kelvin van der Linde’s luck finally ran out in race 2 when two penalties condemned him to a tenth place finish and just 1 point whilst Liam Lawson picked up 18 points for second place behind race winner Lucas Auer who took his seventh career victory in DTM and second win this season.

In a race where penalties seemed to be being handed out like sweets at a birthday party, Van der Linde was unlucky to pick up a 5-second penalty for contact with Liam Lawson on lap 2 which was further compounded when the penalty was not taken at the pit stop as per the regulations. This attracted a further 5-second penalty meaning a total of 10 seconds would be added to the championship leader’s time at the end of the race.

The result dumped him down to tenth, collecting just 1 point, the only glimmer of light being that Team Abt Sportsline teammate Mike Rockenfeller also received a penalty for track limits, meaning it was his tenth place that Van der Linde took over. 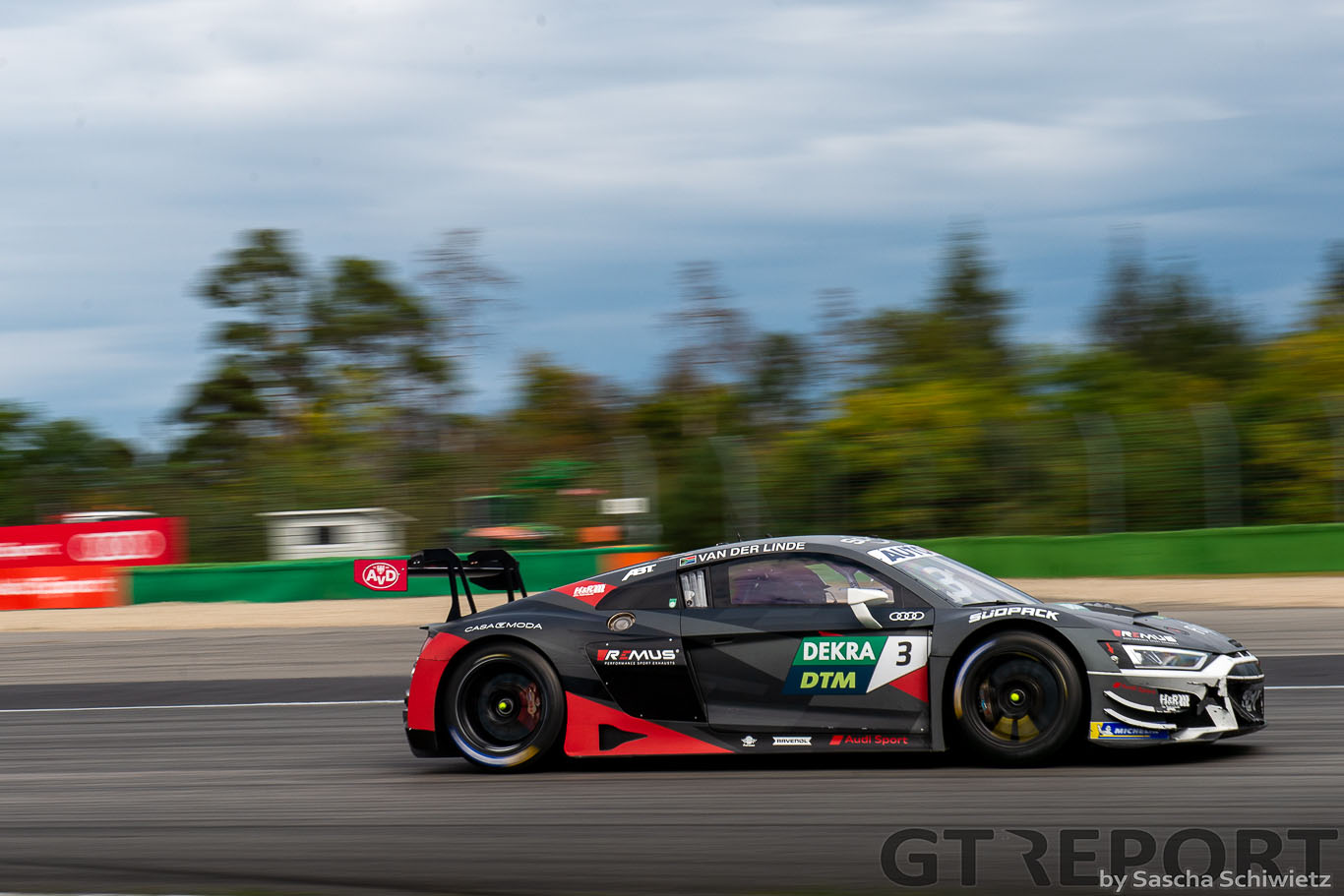 Van der Linde’s day started going wrong almost from the start when Lucas Auer squeezed past him at turn 2 on the opening lap and then Lawson in the Red Bull AF Corse Ferrari 488 GT3 powered past on the exit of turn 6. Having lost two places in half a lap, Van der Linde was in no mood to compromise and despite carrying a 25-kilo success penalty, fought back hard to retake the place from Lawson.

Van der Linde successfully regained the place before the end of the lap, but again on the second lap Lawson dived up the inside of Van der Linde at turn 6 and whilst coming back across the track in front of the South African there was a slight touch between the two which pushed the Ferrari wide. Unfortunately for Van der Linde, the stewards awarded him a 5-second penalty for the contact.

Meanwhile, as the pair squabbled between themselves, Auer driving the #22 Mercedes-AMG Team Winward Mercedes-AMG GT3 was able to get away down the road and stretch the lead he would not give up all the way to the finish.

At the pitstops, Lawson went first with Auer and Van der Linde following on the next lap. A slow stop for Van der Linde put him out behind Lawson and whilst still trying to get his tyres up to temperature, Maximilian Götz driving the Mercedes-AMG Team HRT Mercedes-AMG GT3 and who pitted with Lawson, snuck past Van der Linde at the Parabolika dumping the South African down to fourth place.

Sitting behind Götz for too long wasn’t part of Van der Linde’s plan and he worked hard to attack the Mercedes in front, but Götz was equal to everything thrown at him. Eventually the battle was joined by Götz’s Mercedes-AMG compatriot Daniel Juncadella who on fresher tyres was able to get passed Van der Linde and attack Götz. 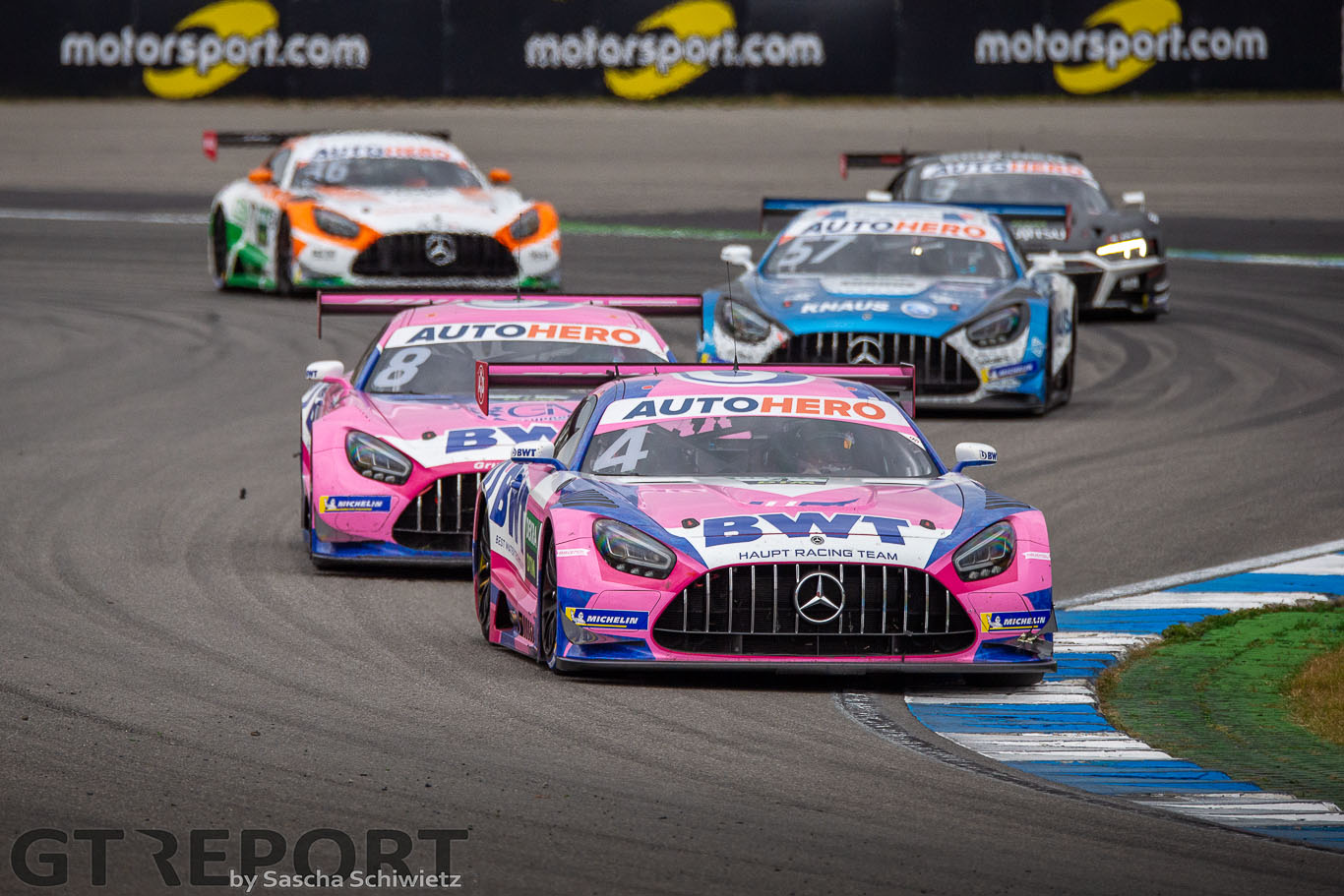 It got worse for Van der Linde who as well as losing another place to Philip Ellis, should have taken his penalty at the pit stop and remained stationary for an extra 5 seconds. By not doing so, Van der Linde  found his penalty extended to 10 seconds and applied at the end of the race.

Picking up just a single championship point puts Van der Linde 14 points behind Lawson’s 206 points with just two races remaining next weekend at the Norisring. Maxi Götz moves to third place after Marco Wittmann failed to score any points all weekend. Being 26 points behind Lawson, Götz could still take the championship whilst Wittmann is now too far back on 165 points. 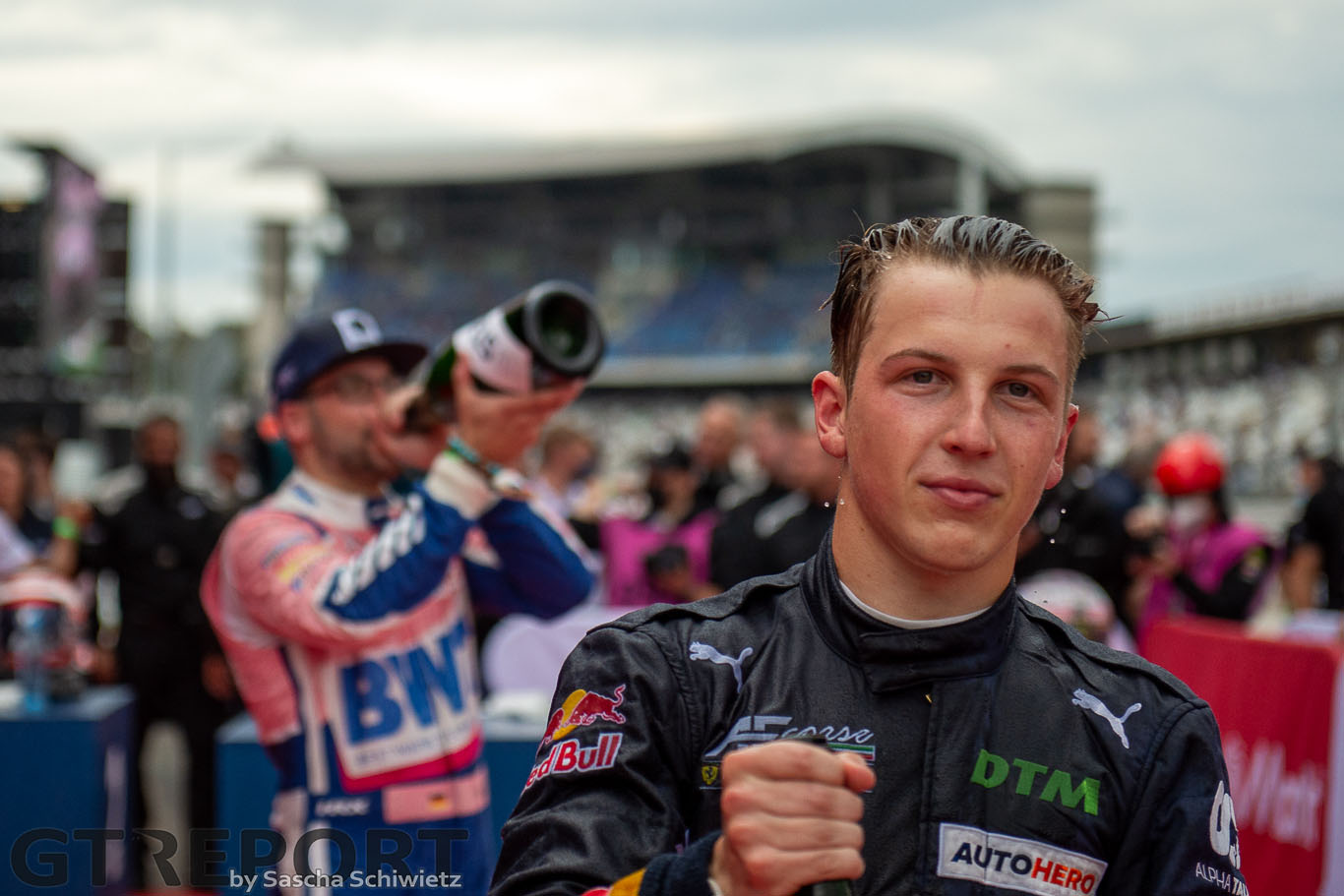 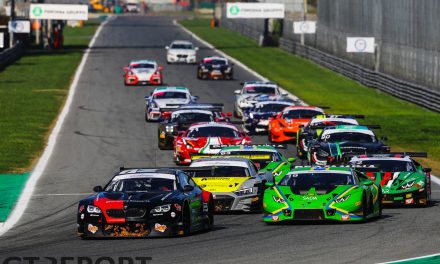