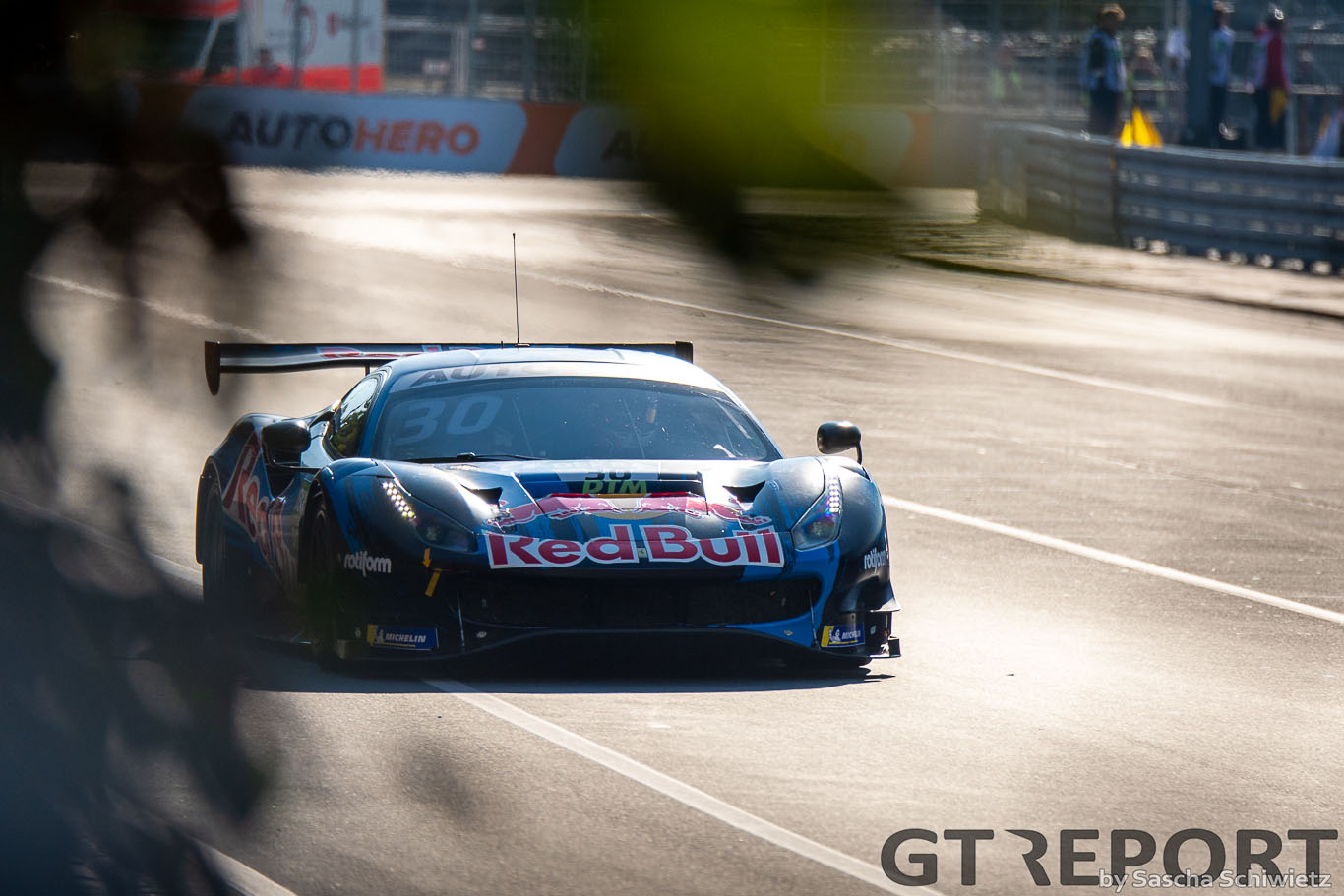 Championship leader Liam Lawson took pole position for race one of the DTM at the Norisring putting in a brace of fastest laps on the short circuit that no one else could match. Despite the best efforts of his rivals, the New Zealander, on his debut at the circuit and driving the Red Bull Ferrari 488 GT3, kept creeping out of reach of the chasing pack as the session continued.

Lawson was the first to break into the 48s taking the pole spot at the midway point but was quickly  knocked off the top by Arjun Maini and then Kelvin van der Linde put his Team Abt Sportsline Audi R8 GT3 into second place behind Maini and  1/7000th of a second quicker than championship rival Lawson. 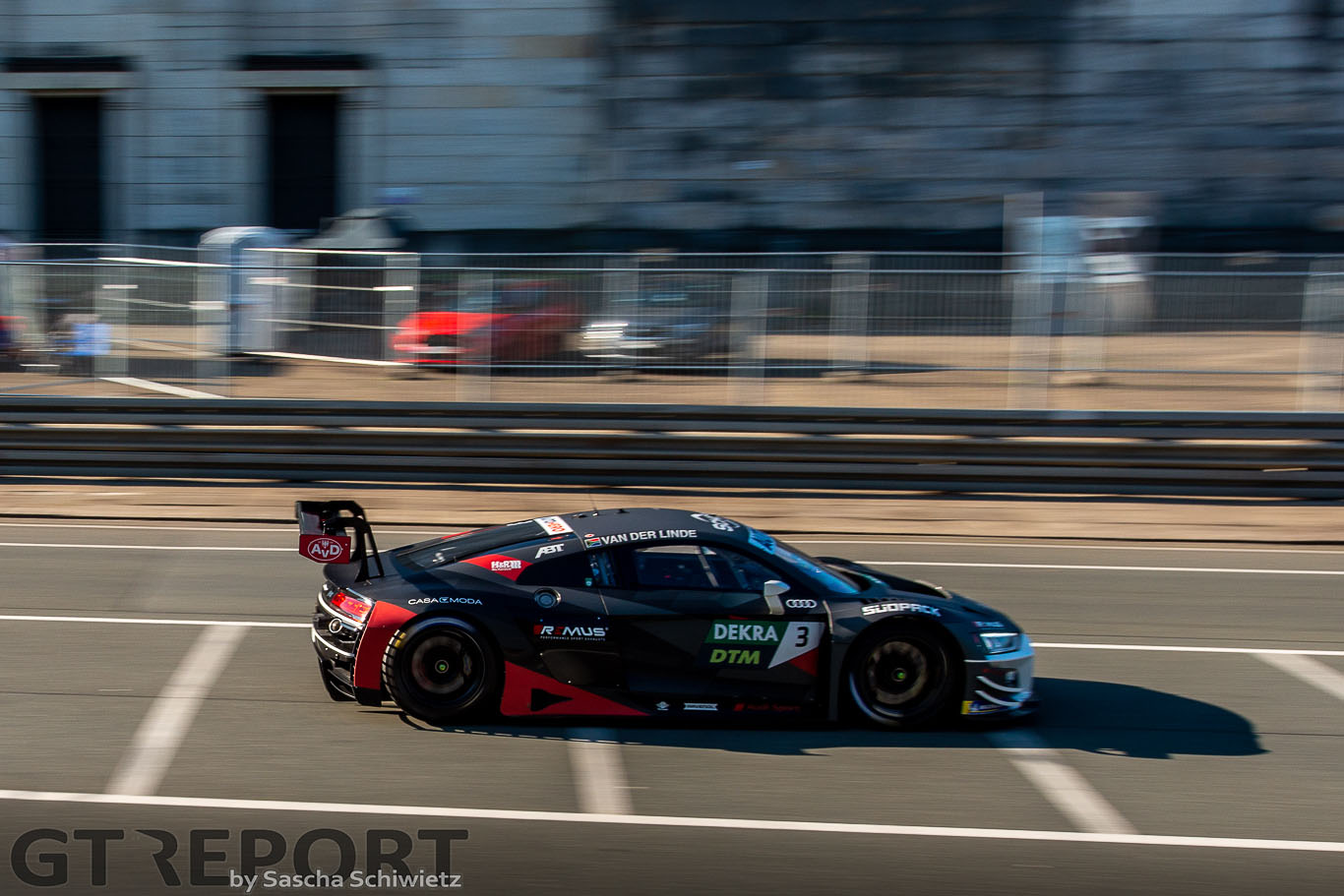 With 3 minutes of the session remaining Lawson climbed to the top of the standings and stayed there to the end logging fastest lap after fastest lap. Van der Linde was able to secure P2 with seconds of the session remaining whilst championship third place challenger, Maximilian Götz spent much of the session floating around the mid pack but with less than 2 minutes remaining climbed to P4 before being pushed down a place by  Lucas Auer. Joining the party fashionably late. Auer, driving the Team Winward Mercedes-AMG GT3 took second but was knocked down to third by Van der Linde in the final minute of qualifying. 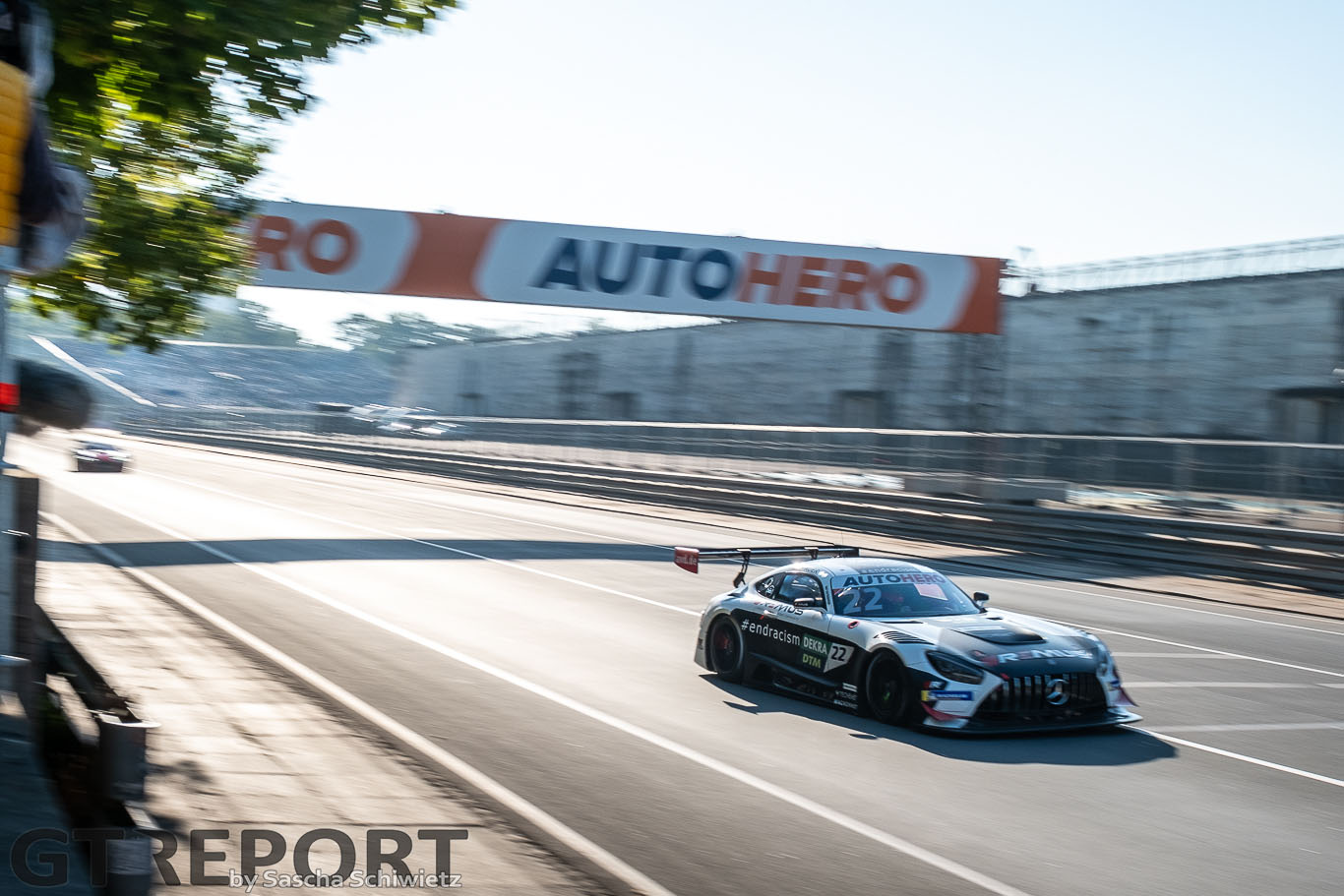 Marco Wittmann in the Walkenhorst BMW had an awful session and whilst mathematically in with a chance of winning the championship, pretty much ruled himself out having completed 20 laps and only able to qualify on the back row in P19. 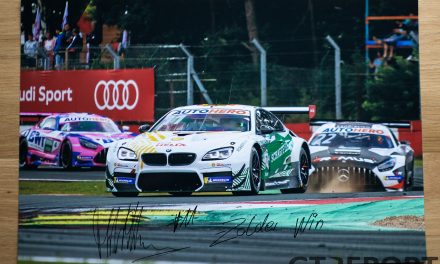 Giveaway: Win a signed print of Marco Wittmann on his way to victory 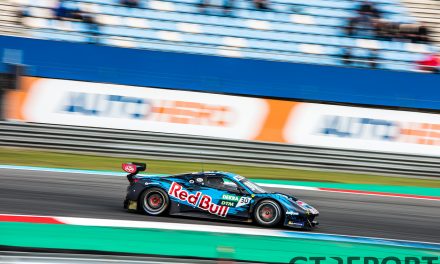 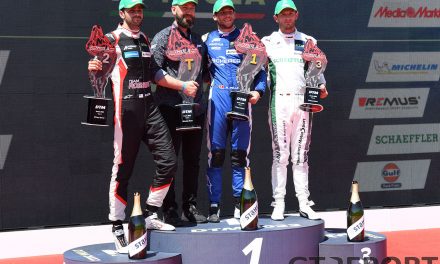 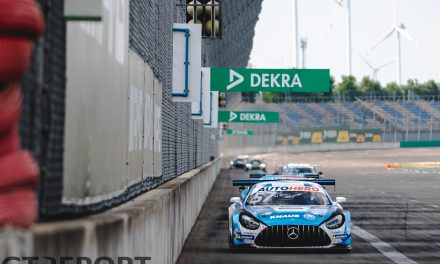