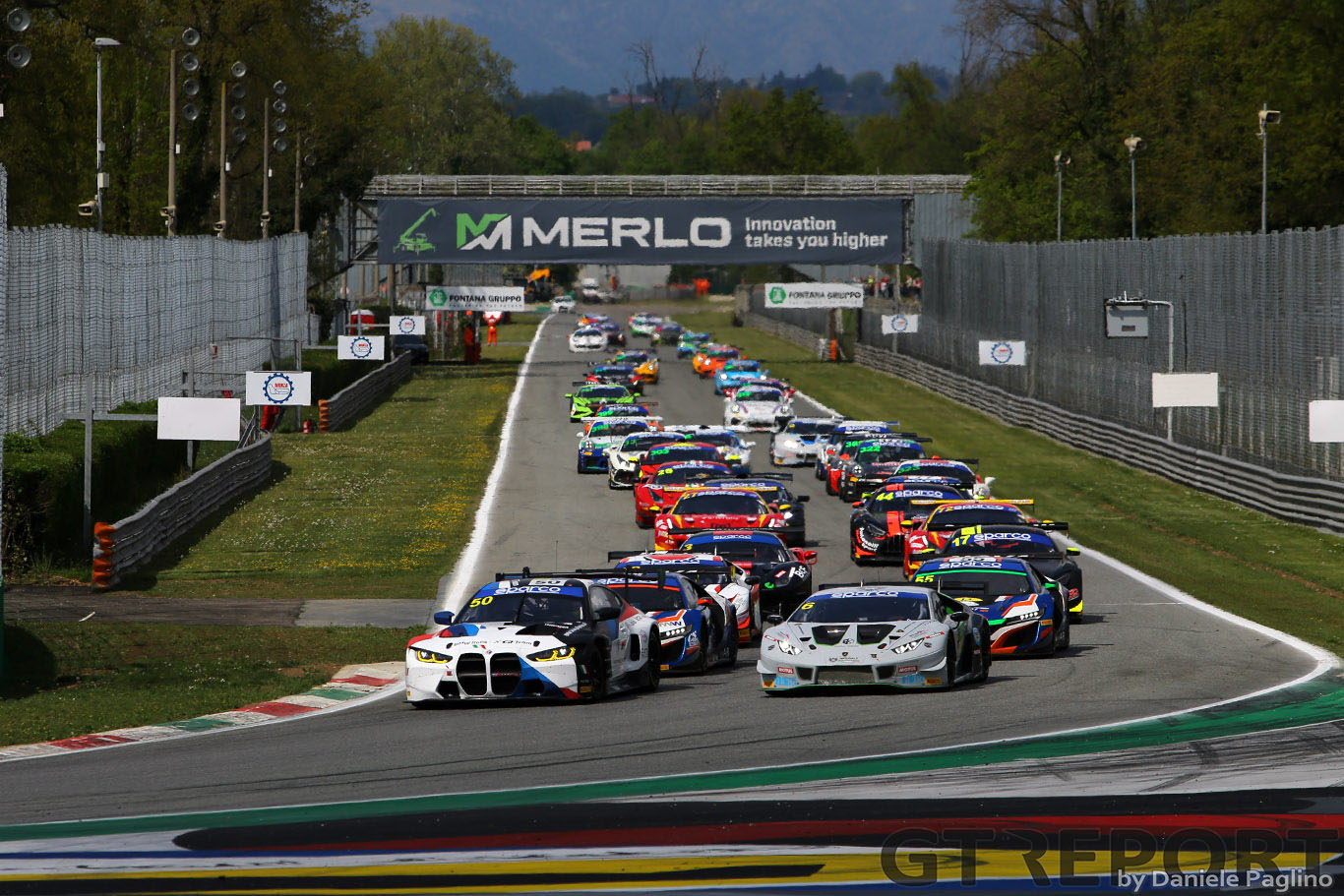 Dry conditions met the drivers in race two of the Italian GT Championship at Monza this afternoon.  Timo Glock started on pole in the #50 Ceccato BMW M3 with the #6 Imperiale Racing Lamborghini Huracan of Alberto Di Folco starting in second.

Following yesterday’s pitlane accident co-driver in the #6 Lamborghini, Stuart Middleton, was unable to start the race. Di Folco therefore received a special dispensation from the stewards to  drive the race solo. 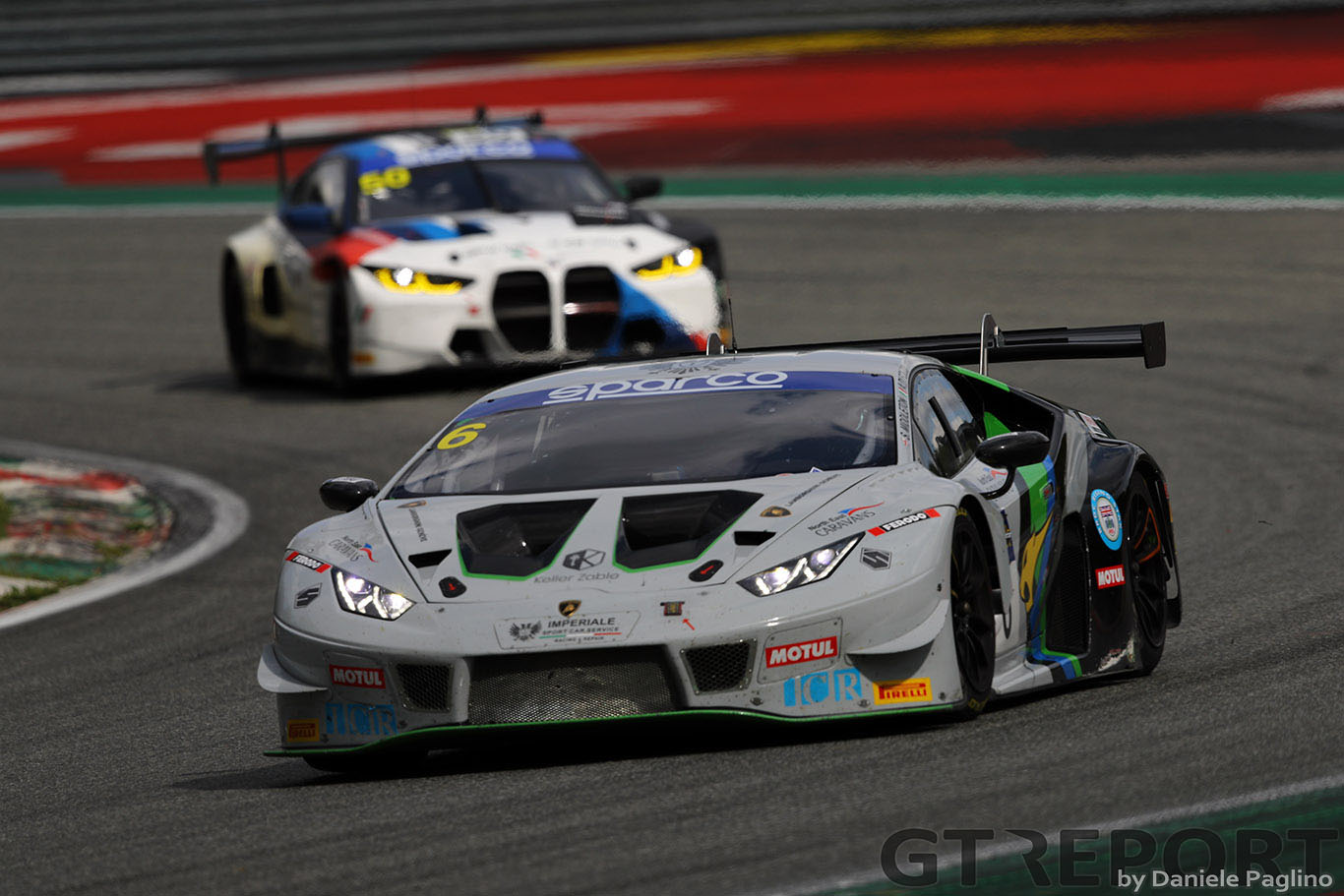 The competition was fierce at the first chicane with the leaders all going deep into the corner as they fought for the lead. Glock cut the chicane whilst Di Folco missed it entirely and so gave the lead back to Glock at the Variante della Roggia.

25 mintues into the race and well down the field the #301 Tsnami RT Porsche 991 driven by Vittoria Piria had a mechanical failure that pitched the car into the barrier on the entry into the Variante della Roggie. The impact sent the car across the track and collected the #305   Lamborghini Huracàn of  Luca Maria Attianese. The resulting safety car period co-incided with the pit window opening so most of the field pitted at the same time including the two leaders who this time completed clean stops and saw Di Folco get away ahead of Klingmann who had taken over the #50 BMW from Glock.

The race eventually got underway with a little over 6 minutes of the race time remaining and Di Folco was able to hold off the challenge of Klingmann to the end to take the race victory. 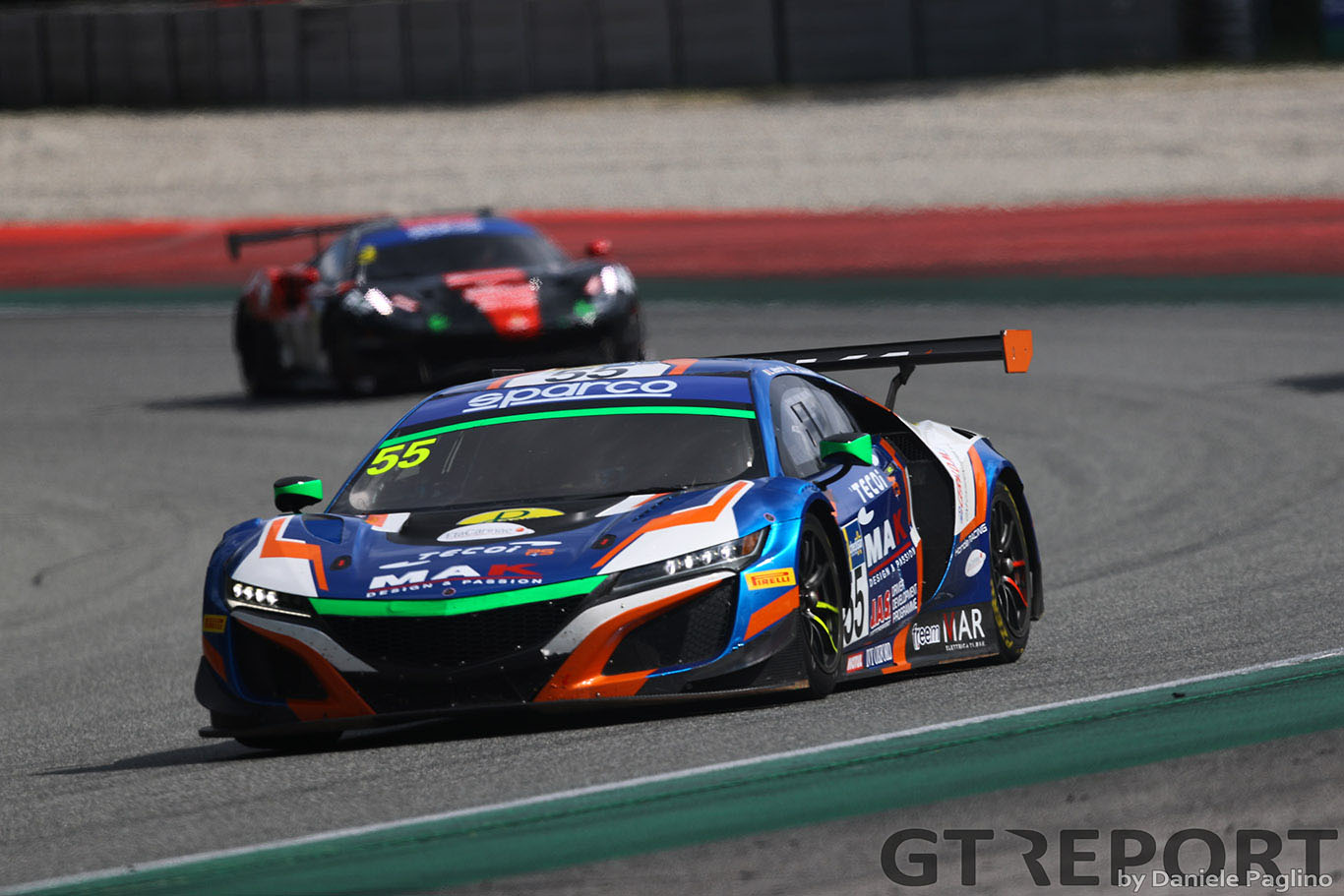 Finishing in third place was the #55 Honda NSX of Jacopo Guidetti of the Nova Race team. Starting the race from P4 next to the #99 sister Honda NSX of Francesco Guerra, the pair fought for position in the opening laps.  Guerra however soon dropped down the field, sitting in P8 when the safety car period began  and eventually retiring the car on lap 11.

The next race in the Campionato Italiano GT will be the endurance race at Pergusa on the 15 May. 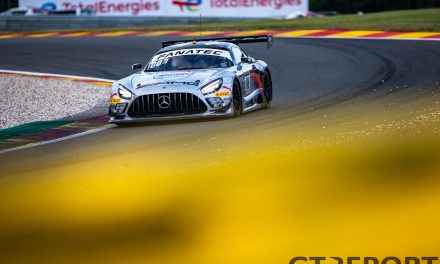