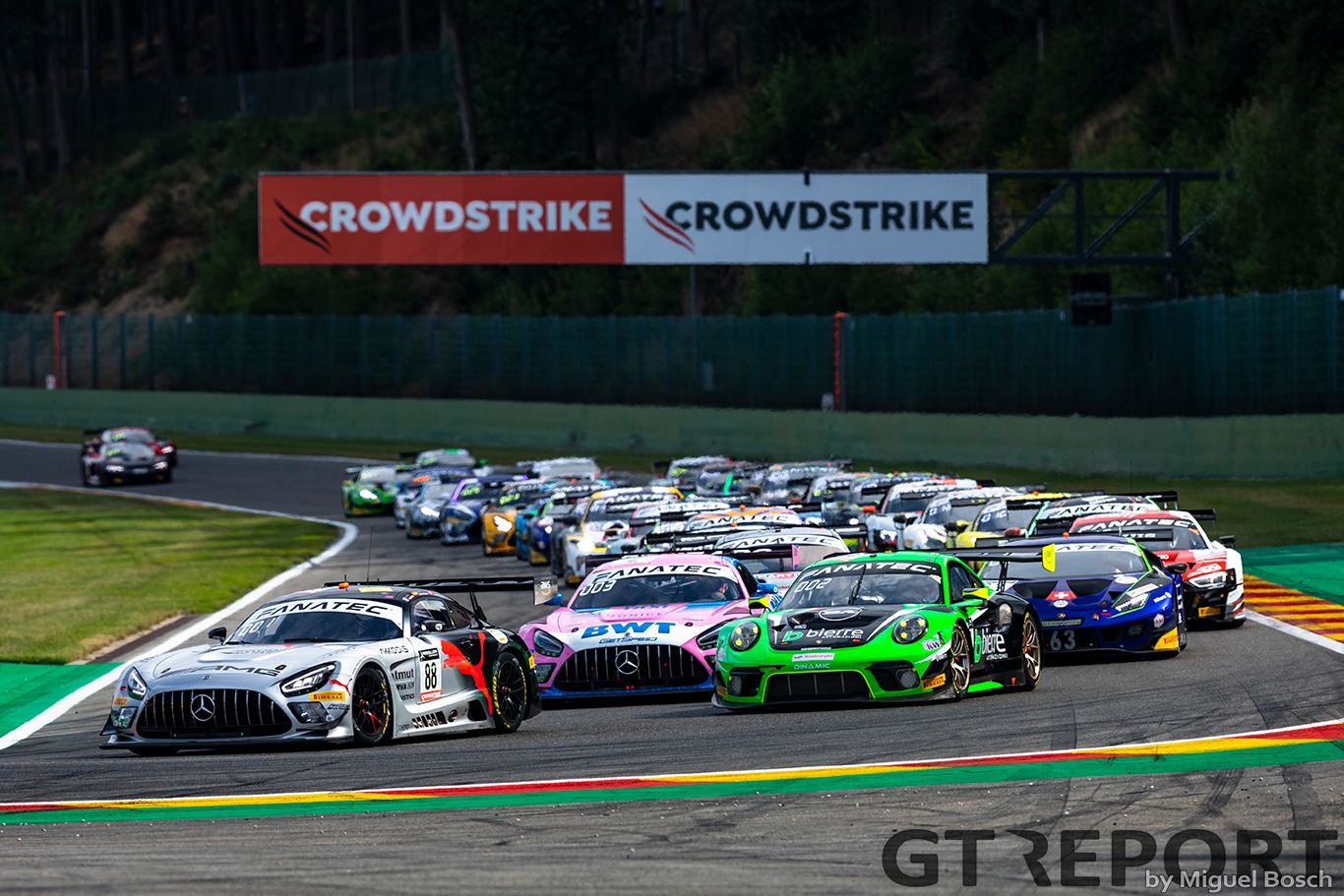 The 2022 TotalEnergies 24 Hours of Spa is underway and with a quiet opening couple of hours, the drivers made up for it later on with multiple full course yellows and safety cars.

The first hour was characterised by punctures with a number of runners falling foul the most high profile being the #63 Emil Frey Lamborghini of Mirko Bortolotti and the #16 Audi Sport Team Tresor of Christopher Haase.

Klaus Bachler took the lead at the start powering past Marciello on the run down to Eau Rouge in an opening lap which saw the whole field behave itself. Bachler held the lead to the first pitstops although never getting more than three tenths ahead of the chasing Marciello. Handing over to Côme Ledogar, the Porsche soon found itself under pressure with Luca Stolz taking a wide run into La Source and pushing past Ledogar on the down hill straight, Ledogar throwing up dirt as his defence saw him kiss the grass on the outside of the circuit.

It got worse for Ledogar, losing P2 to Marciello on the following lap. And was soon under pressure from Kévin Estre in the #221 GPX Martini Racing Porsche. 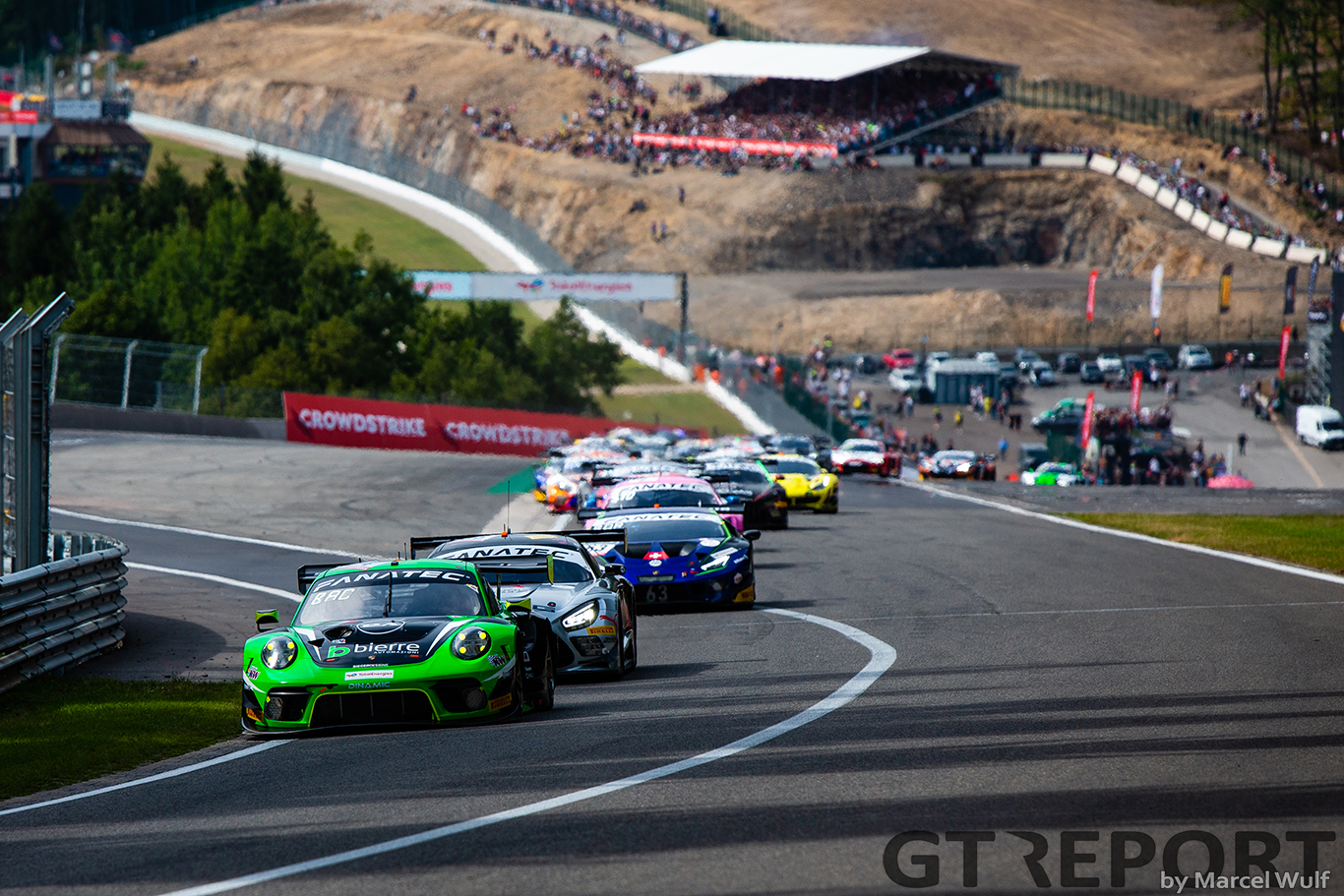 Further back Nick Tandy started in the #47 KCMG Porsche that he shared with Laurens Vanthoor and Dennis Olsen. The car had an ABS failure in qualifying on Thursday which meant the team would be starting from P60 on the grid. With 24 hours to make up the places, Tandy only needed 2 hours to gain 44 positions.

“It was an interesting first couple of hours for us,” said Tandy after his opening stint. “The race surprisingly was caution free but our strategy was to just carefully try and make our way through and hope that we can jump time up to the leaders when the first safety car was. It’s actually worked perfectly for us. We’re on the same strategy as all the leaders and now instead of 60 positions behind we’re 20 so it’s now the race kind of begins for us.”

The first full course yellow and safety car appeared at the end of the second hour and went on to prove that safety cars breed safety cars with a second FCY and safety car called before the first racing lap had been completed upon resumption of racing.

With racing back underway it was the #2 AMG Team GetSpeed Mercedes of Maxi Götz that was holding the lead ahead of the #88 Akkodis ASP of Daniel Juncadella and Thomas Preining in the #54 Dinamic Motorsport Porsche. 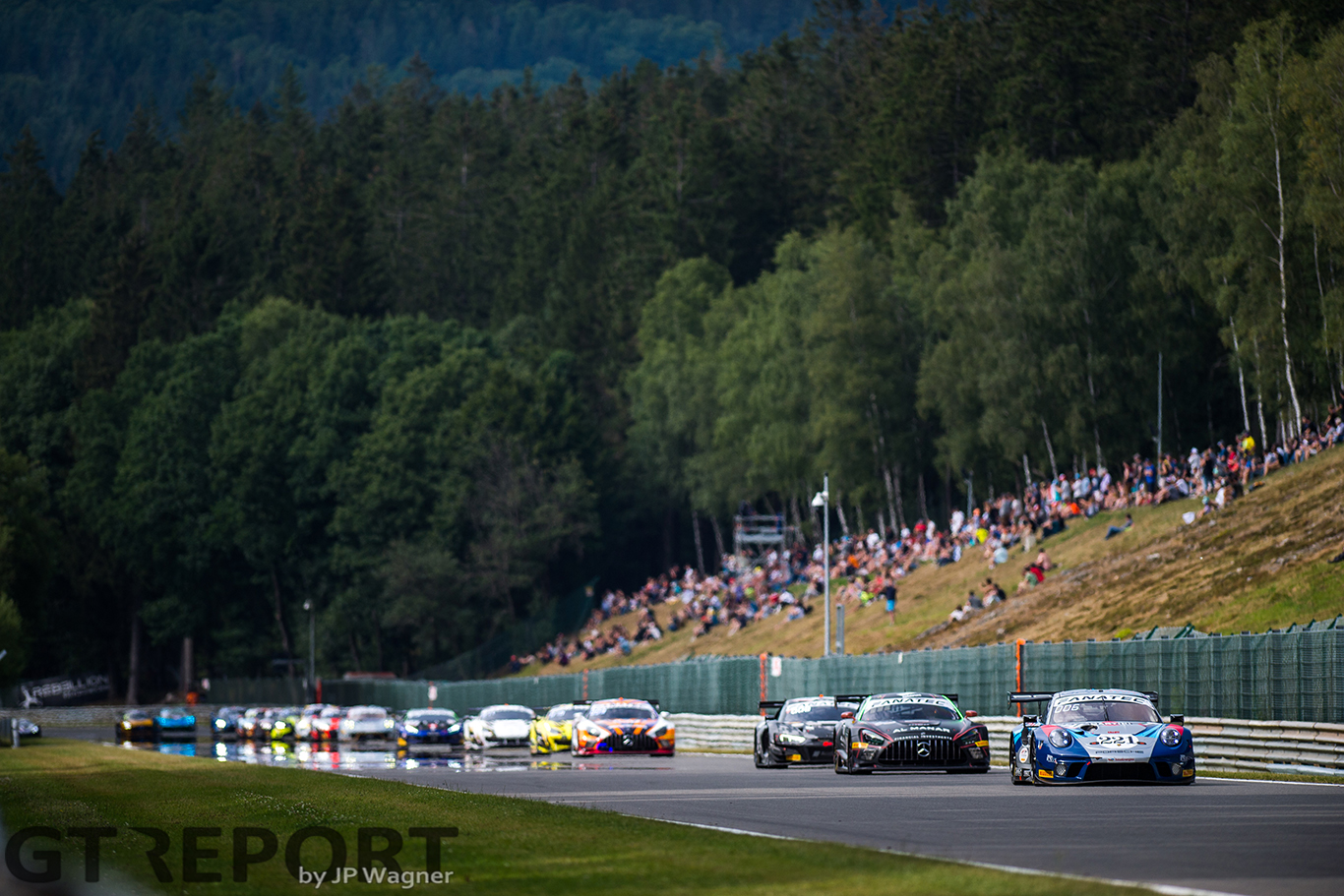 By the end of the fourth hour and with yet more full course yellows it was all change at the front after track limits penalties started to build up including the #88 Mercedes after Marciello clocked up 5 track limit violations. In the lead now was Mikael Grenier in the #55 GruppeM Racing Mercedes whilst P2 was with the #221 GPX Martini Racing Porsche with Michael Christensen on driving duties. Nick Yelloly had got the #98 Rowe Racing BMW up to P3. 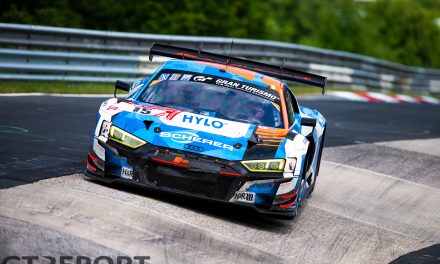 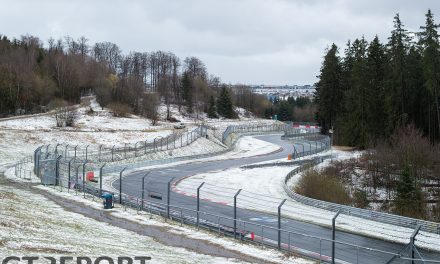