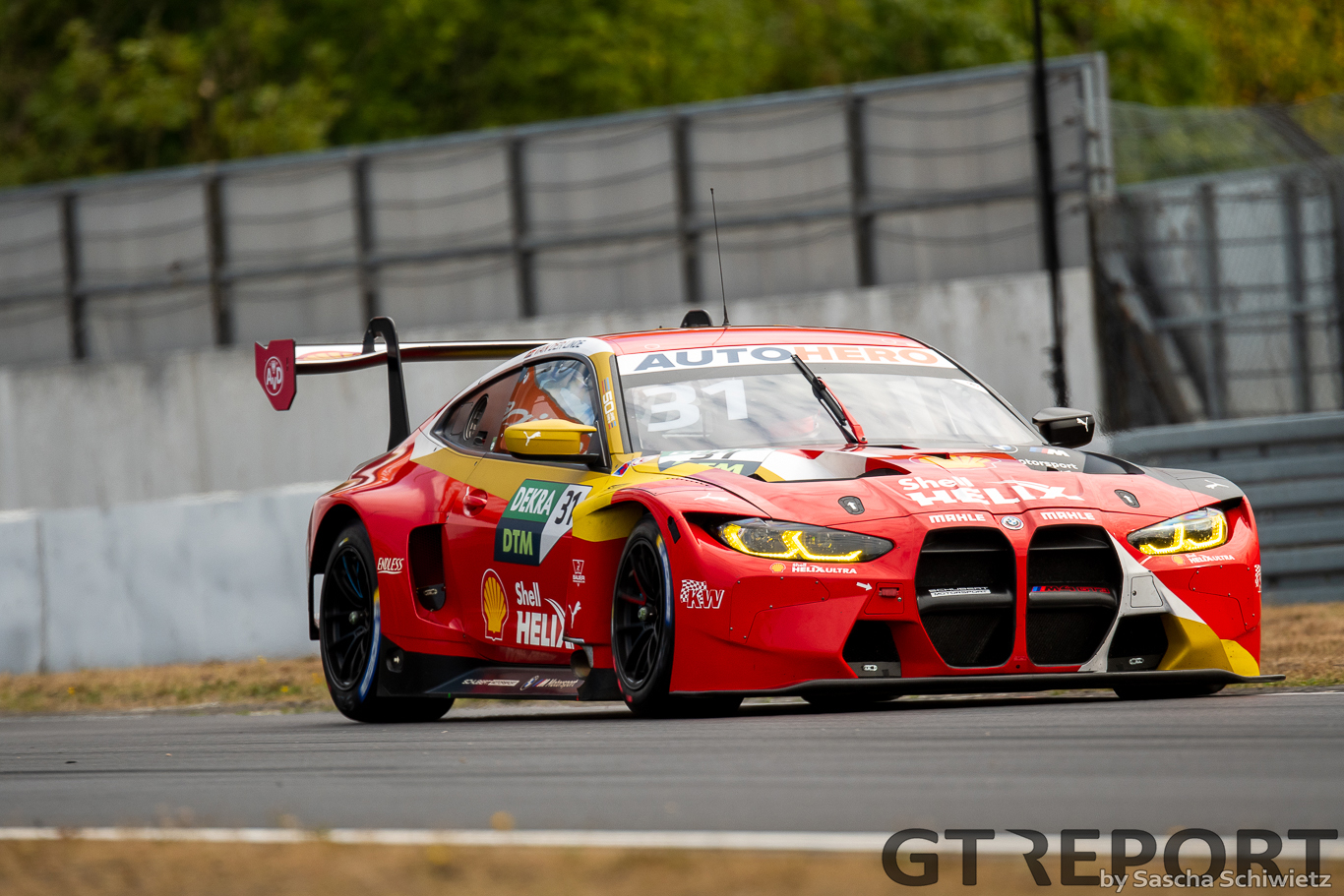 A sunny sky welcomed the DTM to race day two at the Nürburgring – a stark contrast with Saturday’s foggy Eifel weather.

The first competitive time in the 20-minute qualifying session was set by Nico Müller who improved his already fastest qualifying time to a 1m26.400sec after 7 minutes of running but immediately the two SSR Performance Porsche 991.2 GT3Rs of Laurens Vanthoor and Dennis Olsen jump ahead of the #51 Team Rosberg Audi R8 LMS GT3. Not yet content with his potential pole lap, Olsen followed up with an even faster 1m26.239sec, 0.148 seconds quicker than his teammate. 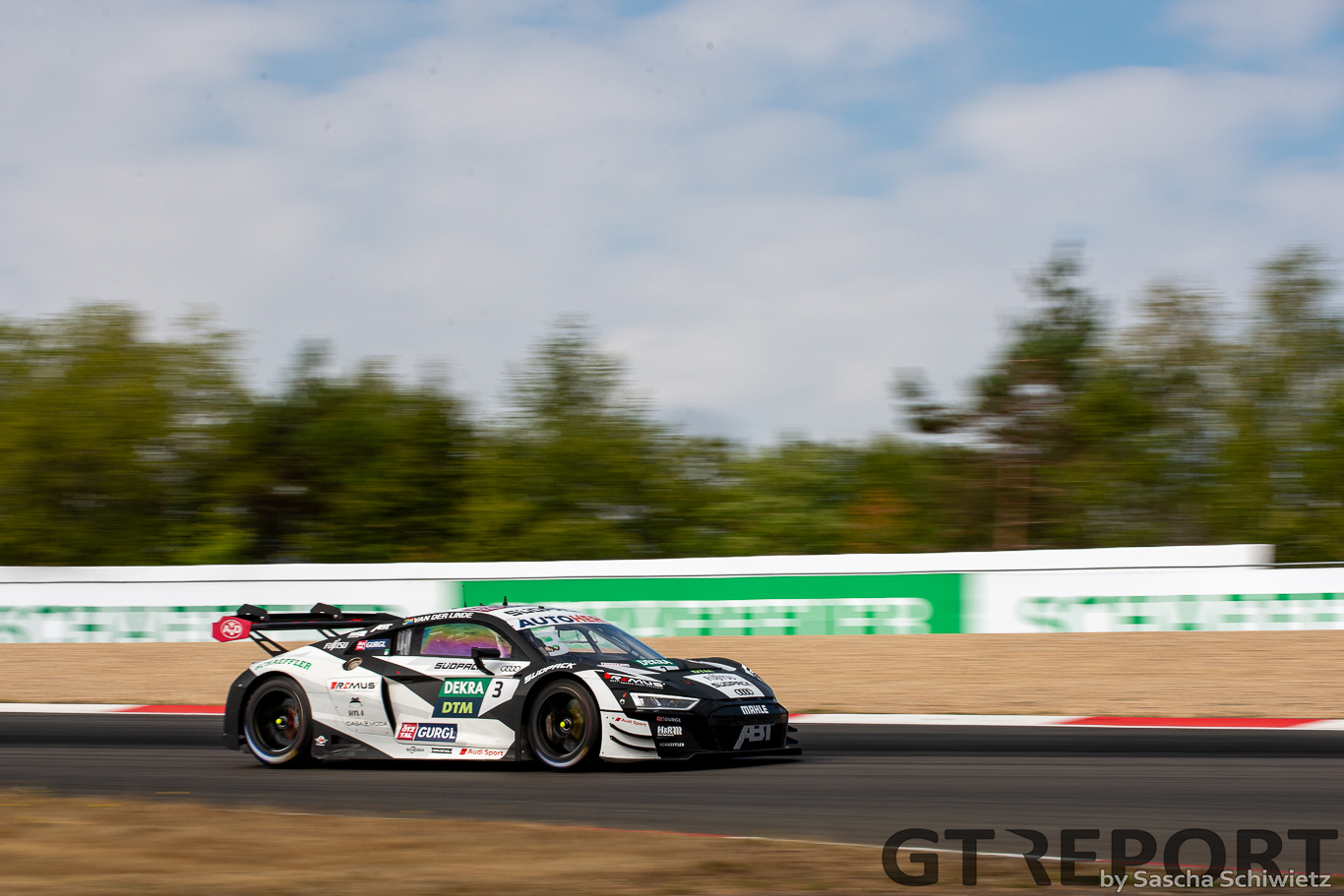 After the usual mid-qualifying calm, Lucas Auer returned to the track to grab the top spot with a 1min26.187sec, minutes later improving his own time to 1m26.126sec aboard the #22 Mercedes-AMG Team Winward.

The final minutes saw a barrage of fast times. Being in superb form, it was Sheldon van der Linde who put in a solid lap – not the fastest in any of the sectors – to string together an overall fastest lap of 1m25.945sec to grab pole.

As the chequered flag waved, Kelvin van der Linde tried to dethrone his younger brother but came short by just 0.010 seconds, placing the #3 Abt Sportsline Audi R8 LMS GT3 alongside the BMW on the front row for Sunday’s race 2.

Dennis Olsen and Mirko Bortolotti finished the session in third and fourth respectively, with both men timing a 1m25.973sec lap. The Italian, until yesterday the leader in the championship now overtaken by Sheldon van der Linde, started the day already on the backfoot because of his collision with Felipe Fraga in race 1: the #63 GRT Lamborghini Huracán GT3 has been given a five-place grid penalty and will start from ninth on the grid. 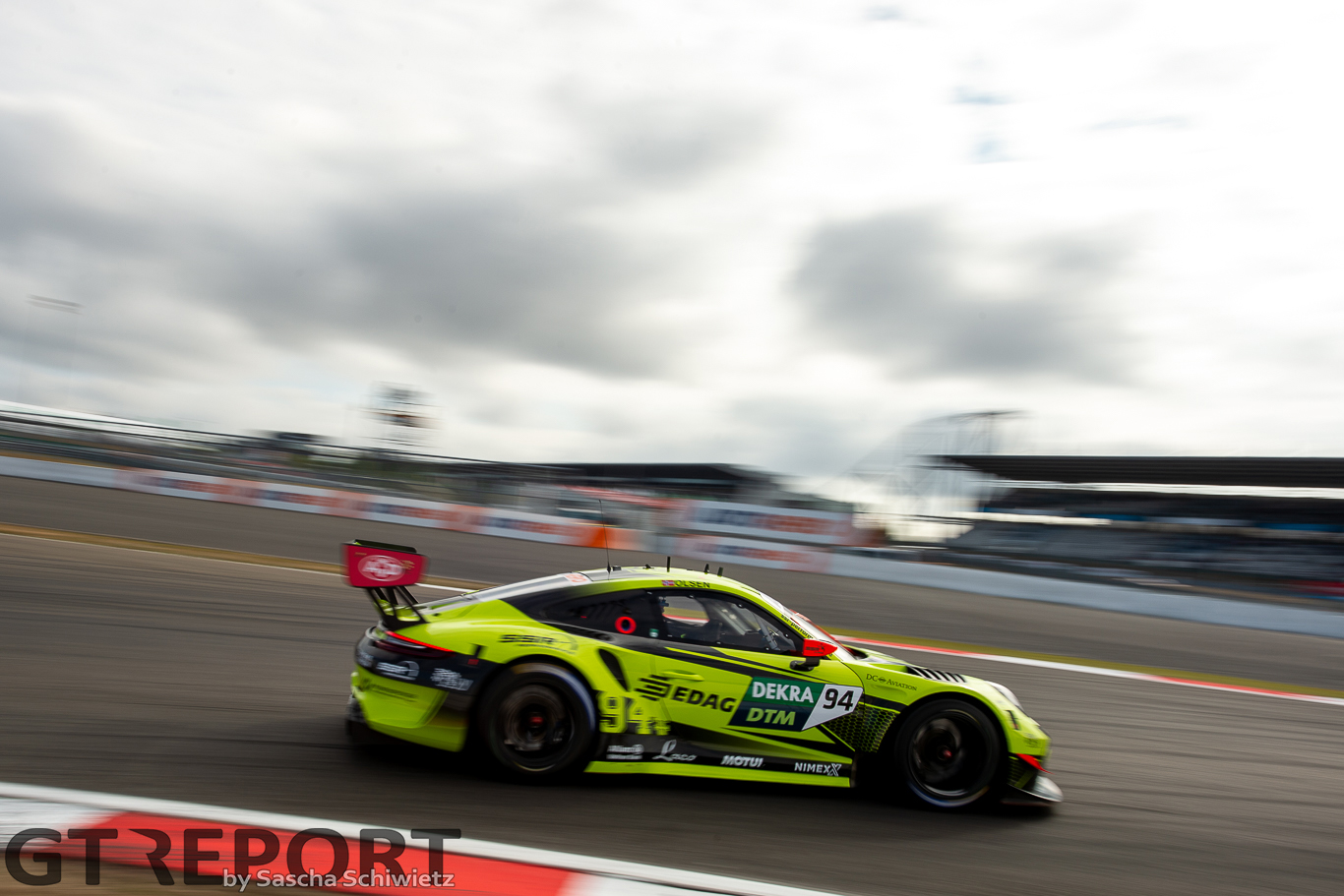 Thomas Preining in the #24 Küs Team Bernhard Porsche 991.2 GT3R ended the session in fifth place ahead of the #25 Schubert Motorsport BMW M4 GT3 of Philipp Eng.

Race 2 starts today at 13:33 CEST and can be watched live on GT.REPORT/live. 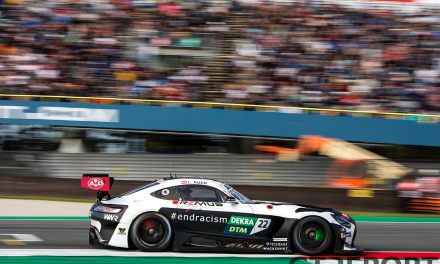 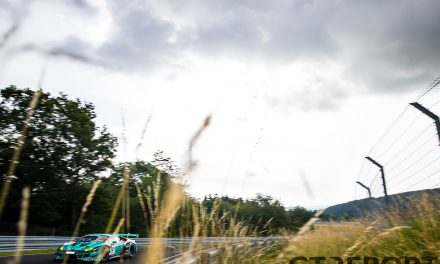 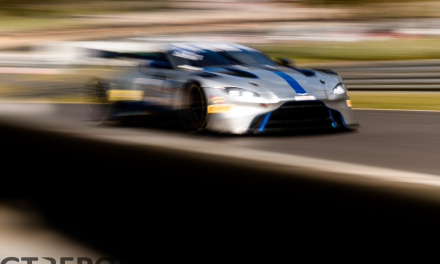