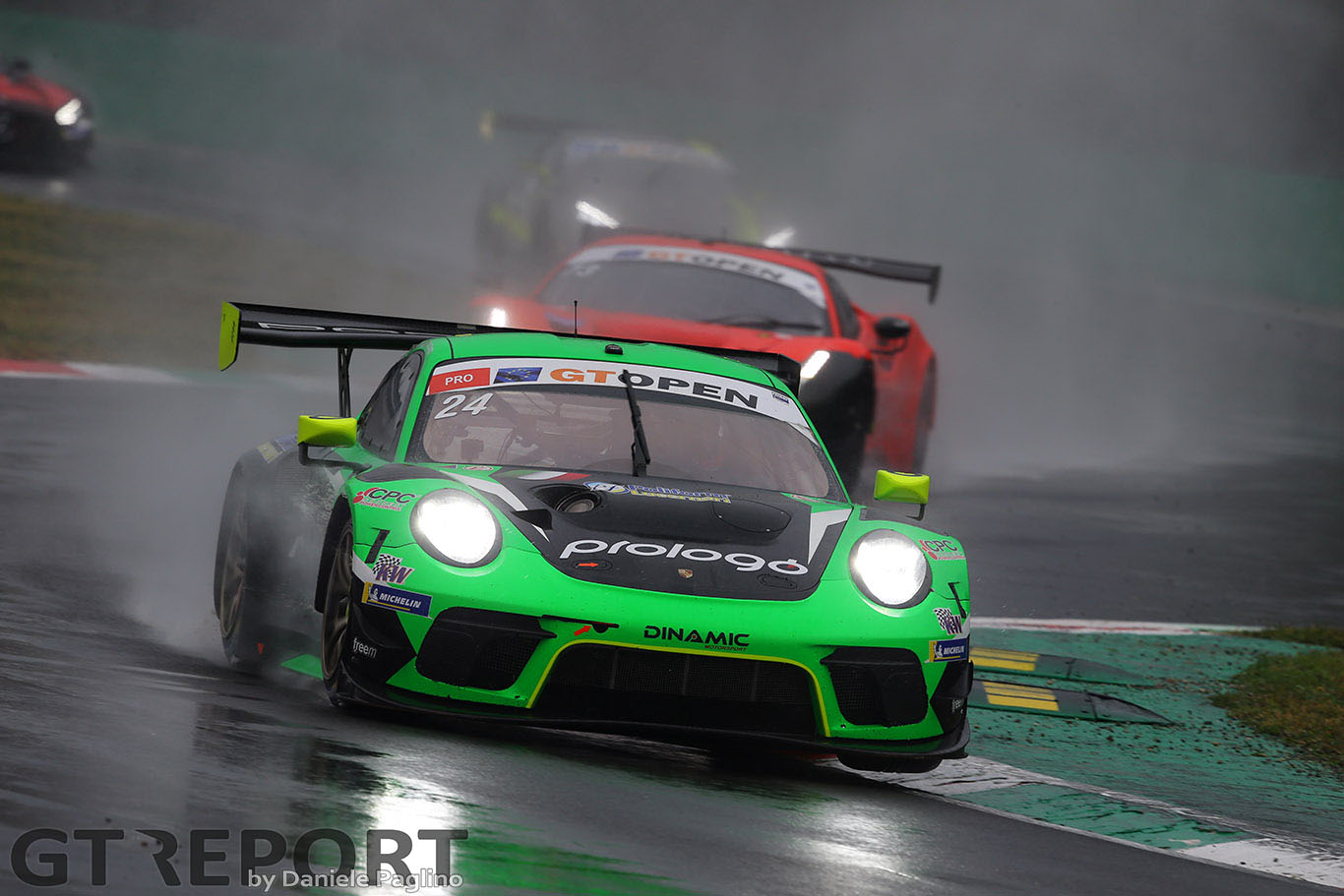 It was a chaotic opening race at a wet Monza for the International GT Open which saw multiple safety cars and a surprise win for the #24 Dinamic Porsche which hit the front of the pack just at the right moment.

Championship leader Kevin Gilardoni driving the #19 Oregon Team Lamborghini Huracan GT3 EVO was the first major casuality at the first corner, getting turned around from P4 to watch the entire field stream past. Behind him further chaos ensued with a number of midfield cars coming together bringing about a full course yellow to recover everyone. 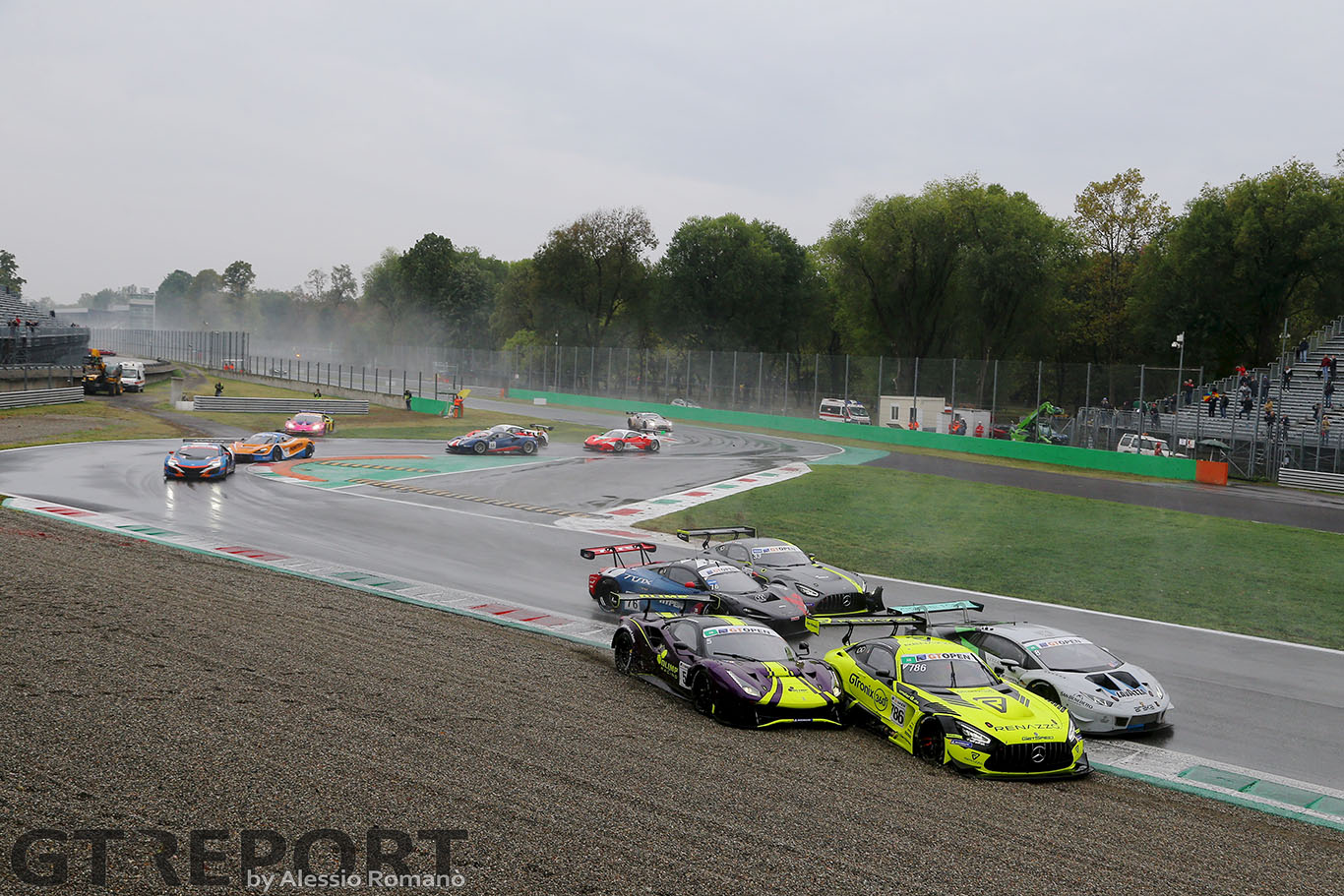 At the front the #54 SPS Automotive Performance Mercedes AMG GT3 of Yannick Mettler held the lead with the #63 Oregon Team Lamborghini Huracan GT3 EVO of Leonardo Pulcini behind him and Axcel Jefferies in the #73 Kessel Racing Ferrari 488 GT3 Evo holding on to his third place starting position.

At the restart and with rain still falling, Mettler was away early but it was Jefferies who lost out to a bold move around the outside of the first turn from the #24 Dinamic Motorsport Porsche 991 GT3 R of Riccardo Cazzaniga.

The top four seemed to settle into their stride and started to pull away from the chasing pack which was led by the #525 Imperiale Racing Lamborghini Huracan GT3 EVO of James Roe and was under immense pressure from  Moritz Kranz in the #9 GetSpeed Performance Mercedes AMG GT3. Kranz however had his own problems with Karol Basz in the #777 Olimp Racing Audi R8 GT3 Evo 2 pushing the German hard for P6.

A second safety car was declared just before the pit window  to recover the #99 Nova Race Events Honda NSX GT3 of LiangBo Yao. As a result the pit window was postponed which in some small way helped championship leader Kevin Gilardoni  who  at that exact moment had acquired a puncture so was able to pit for a replacement and then catch up with the field in time for his mandatory stop.

With 20 minutes remaining the pit window closed and almost immediately  another safety car was called after the #52 Lamborghini, which had held the lead for the opening stint with James Roe behind the wheel, suddenly found itself beached on the entry to the Parabolica after an uncharacteristic mistake from Alberto Di Folco.

Almost at the same time Joe Osborne in the #72 Optimum Motorsport McLaren 720 S GT3 pulled up at the first chicane with a technical problem putting the car out of the race following a strong drive from Nick Moss.

The safety car pitted with 12 minutes remaining and at the front was the #73 Kessel Racing Ferrari 488 GT3 Evo of Roman Zemian with the #54 of Dexter Muller following him in second place. Exiting the first chicane, Muller lost out to Klaus Bachler in the #24 Dinamic Porsche 991 GT3 R who clearly wasn’t satisfied with P2 and proceeded to take the lead on the run into the Ascari Chicane. Bachler made his move just in time as a final safety car was called with 8 minutes remaining following a major collision at turn 1. 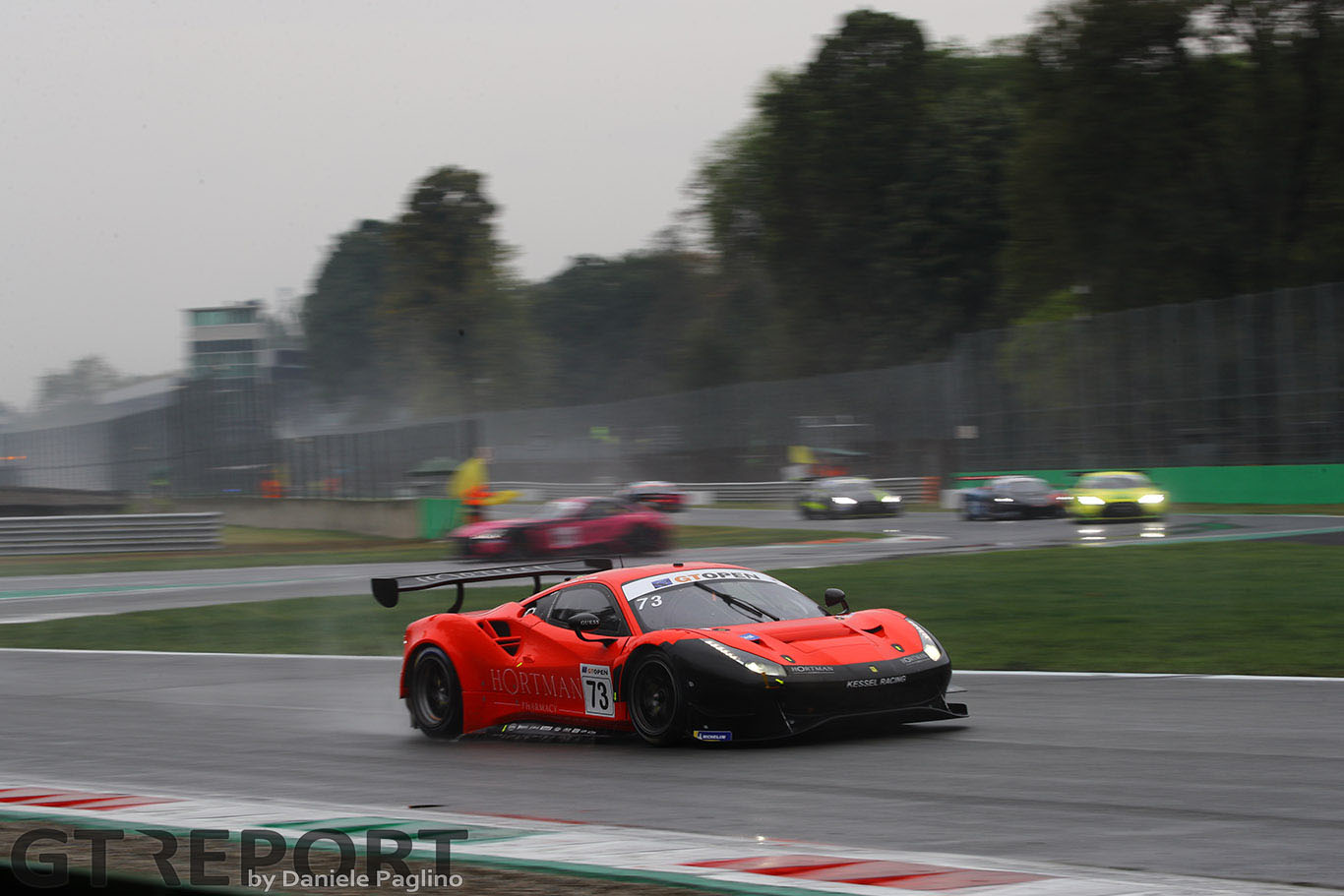 The #777 Olimp Racing Audi R8 GT3 Evo 2 of Marcin Jedlinski seemed to lose it’s brakes entering the chicane and torpedoed the #9 GetSpeed Performance Mercedes AMG GT3 of Janine Shoffner. The Audi continued through the Mercedes and tagged the championship leading #19 Lamborghini of Glenn Van Berlo which, considering the luck that car had in the race, seemed inevitable. The hit was enough for a 360 spin but Van Berlo was able to continue only losing one place and remarkably and despite the torrent of ill fortune, brough the car home in P7. 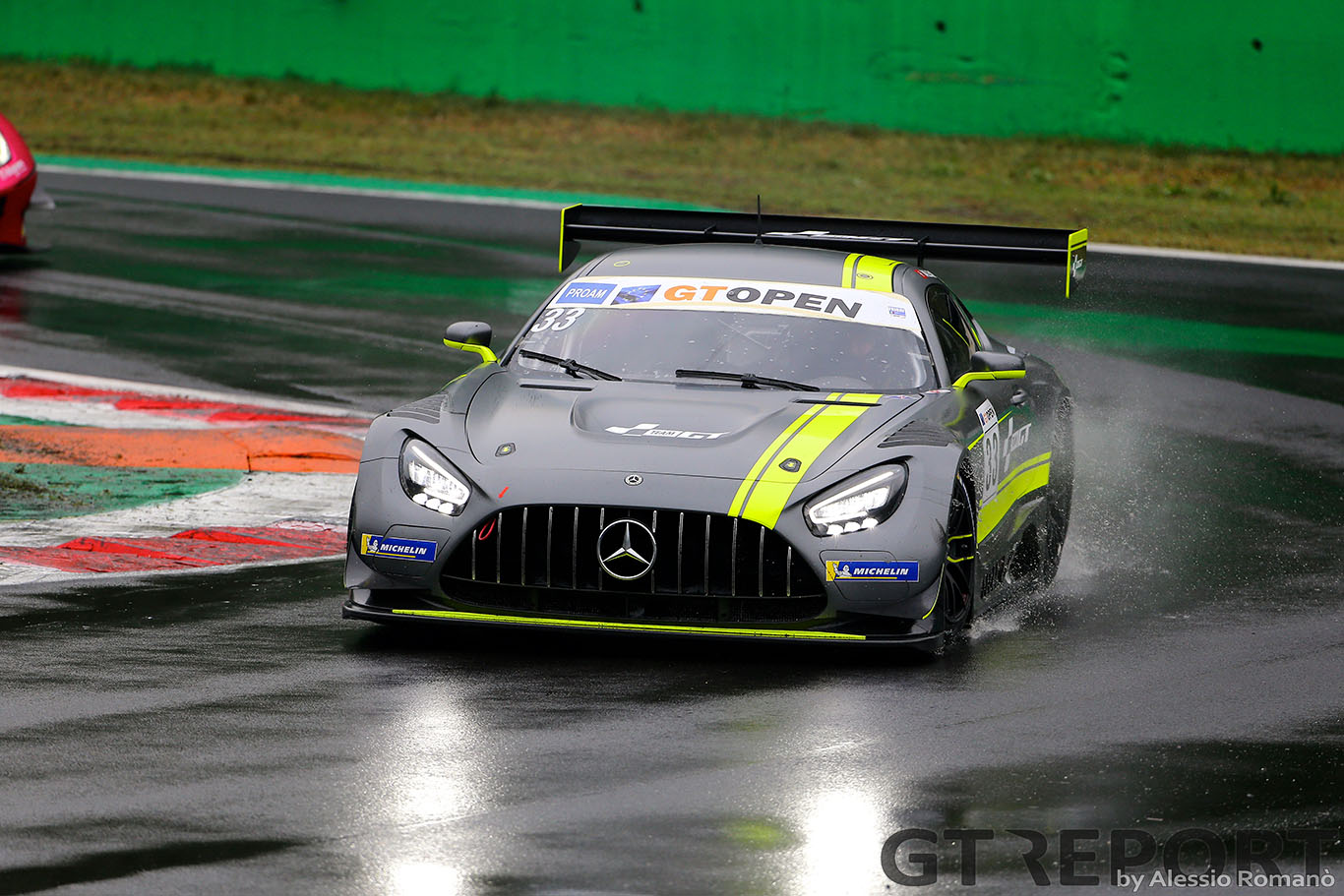 Despite its troubles, the #19 Oregon Racing Lamborghini of Kevin Gilardoni and Glenn Van Berlo retain the championship lead by just one point. Race two of the International GT Open at Monza is on Sunday at 12:00hrs.