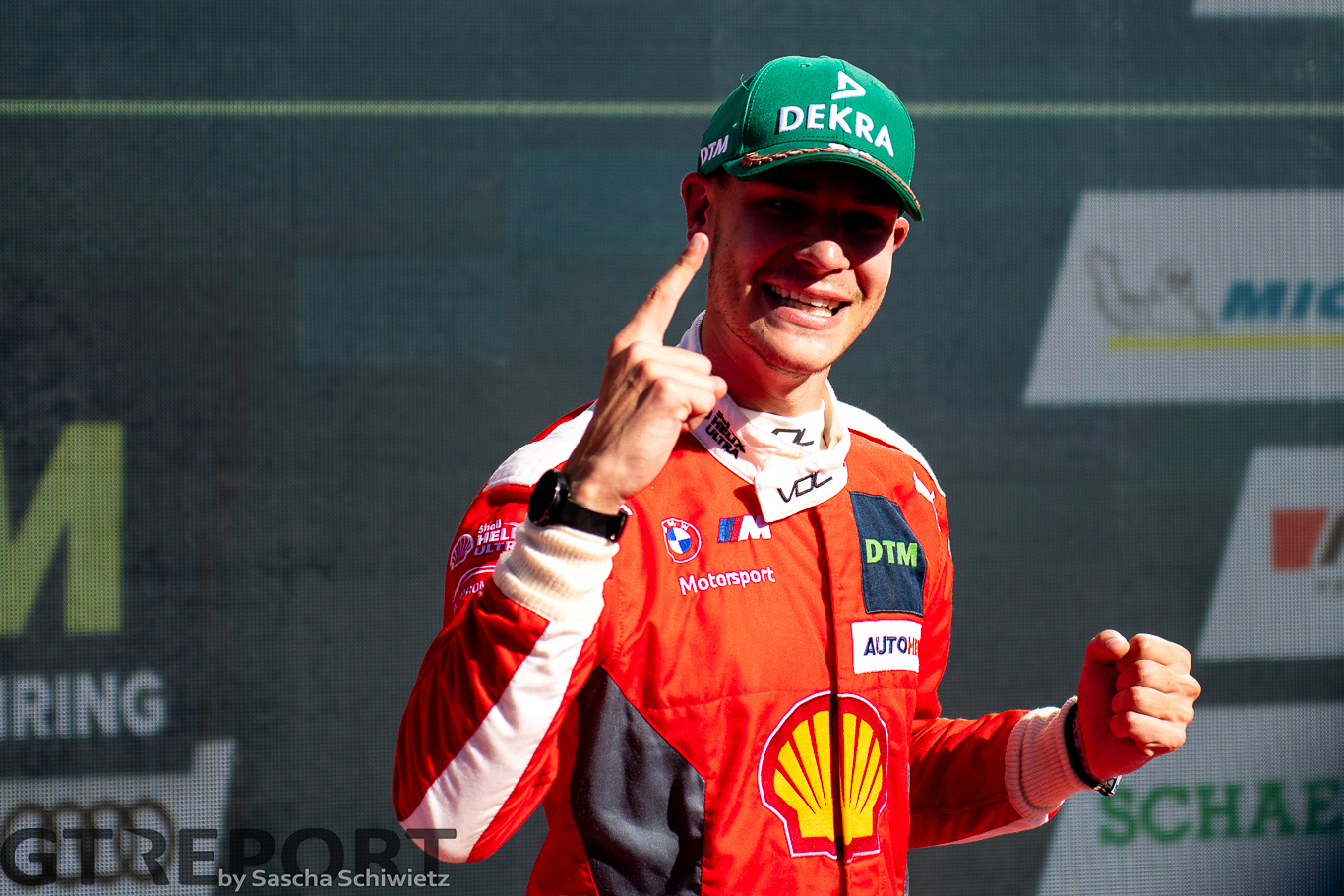 Sheldon Van Der Linde secured the 2022 DTM championship title with a P3 finish at the Hockenheimring whilst Lucas Auer his closest challenger finished in P7. Van Der Linde driving the #31 Schubert Motorsport BMW went into the final race with just a 2 point lead over Auer and finished the race with a 11 point lead. The other possible challenger to the title, Rene Rast finished in P2 behind race winner Marco Wittmann however with an 18 point deficit to Van Der Linde, Rast needed the South African to finish much further down the field to have any hope of adding to his multiple DTM titles.

At the start Marco Wittmann in the #11 Walkenhorst BMW took the lead from 4th place with a confident drive around the outside of the leaders at turn one. Meanwhile further back both  Auer and Van  Der Linde were forced to drop places. 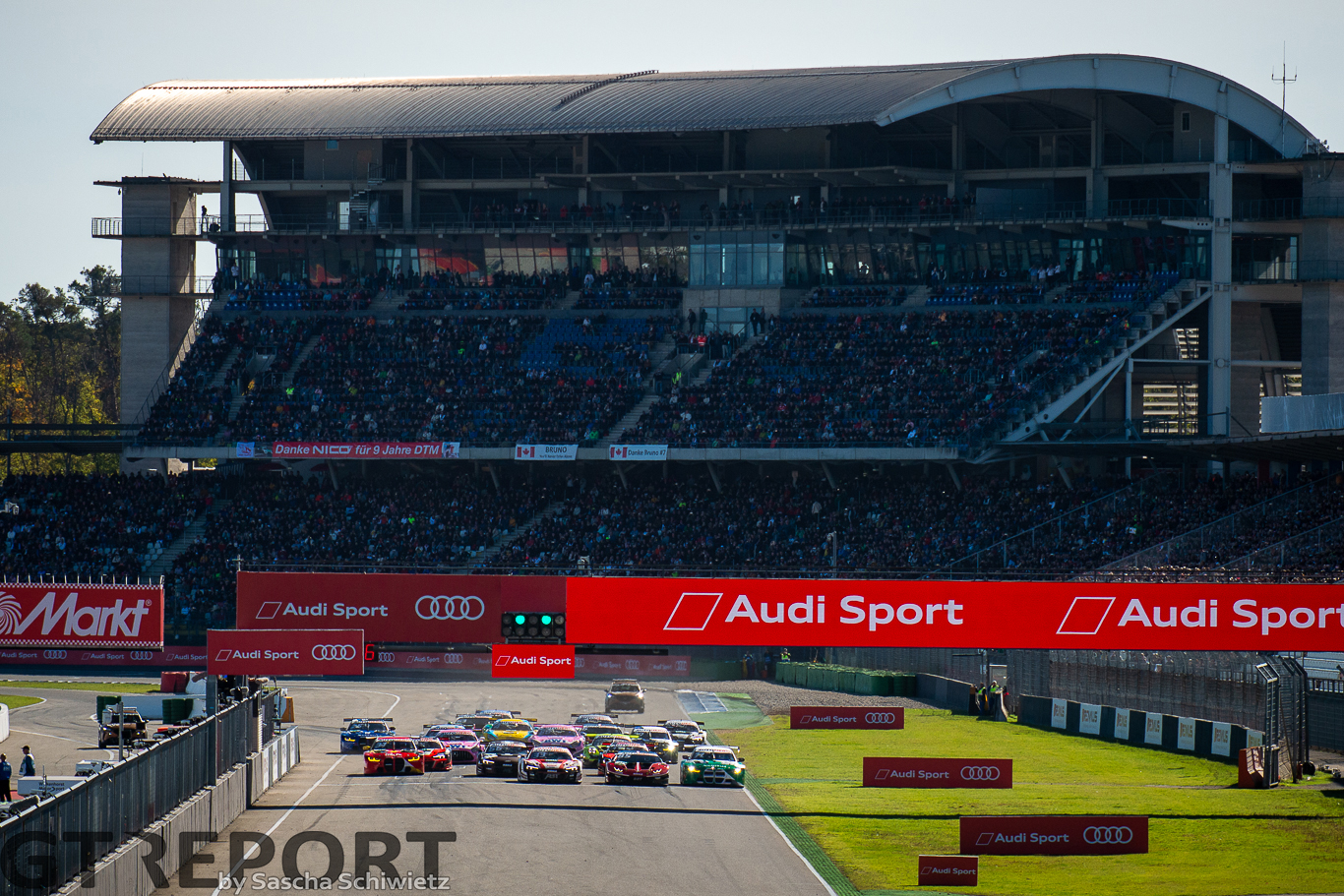 With the title on the line Van der Linde fought back on the second lap and took two places.  Marius Zug in the #66  Attempto Racing Audi and Nico Müller in the #51 Team Rosberg Audi were busy fighting each other allowing Van Der Linde to glide past both of them into turn 1 to take P4. Lucas Auer was also fighting hard in the #22 Mercedes AMG Team Winward and was up to P6 two places behind Van der Linde. However the success ballast he was carrying started to make a difference as Nico Müller was able to get back past Auer and drop him down to P7.

At the front the top 3 of Wittmann, Rast and Schmid began to pull away building a 4 second lead over the chasing pack

At the pit window Van der Linde and Auer were early to stop with the first of the front runners stopping  several laps later. Wittmann came in on the following lap completing the stop half a second quicker than Rast which helped Wittmann to hold onto the lead where he looked to be secure but Rast wasn’t going to give up that easily. 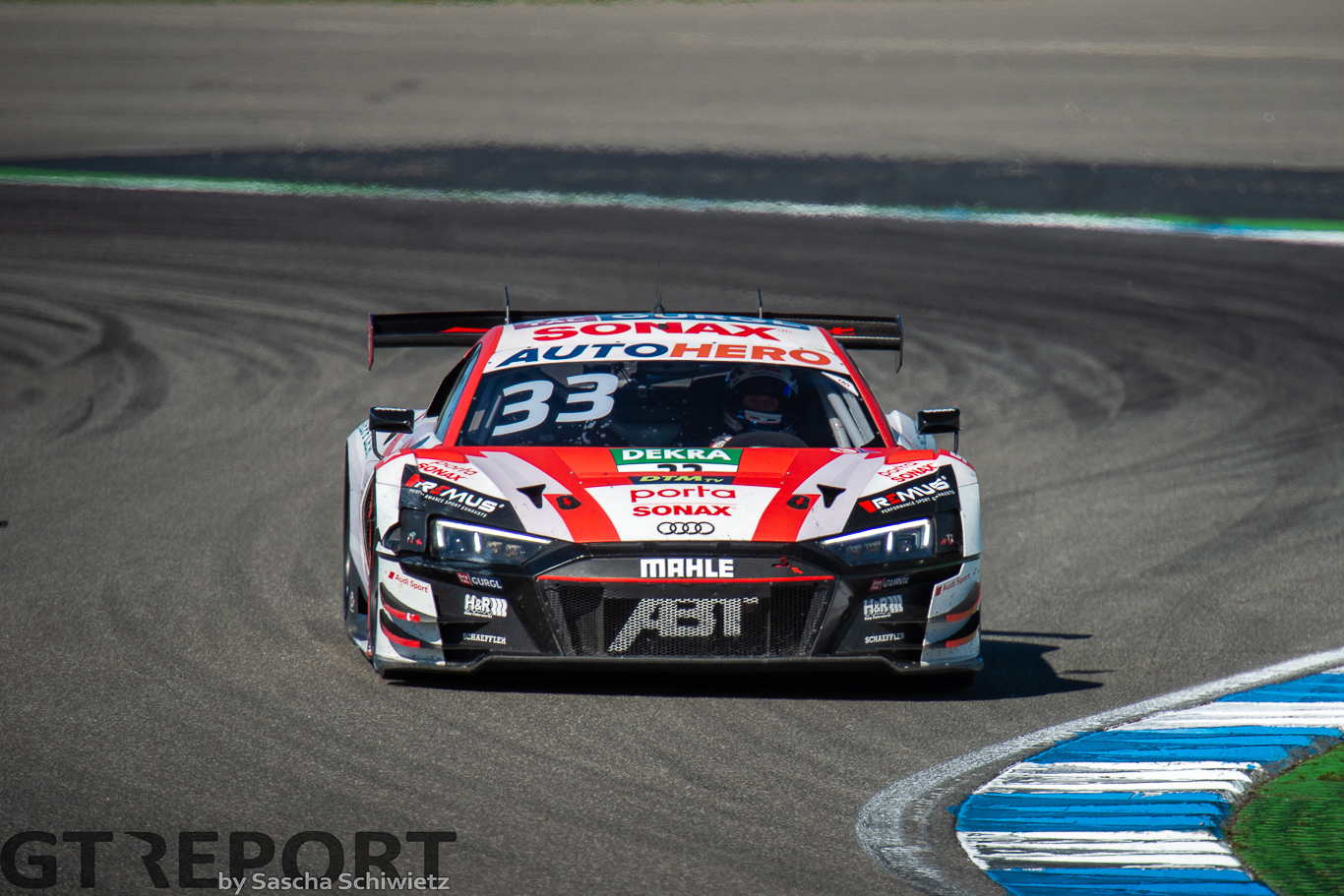 Coming out of the hairpin Rast got alongside the BMW and despite a late defence from Wittman into turn 8, which took both cars off the track, Rast was able to hold the inside line into the next corner and held onto the lead. That was until the next visit to the hairpin where Rast was compromised after running wide on the exit of the Parabolika which gave Wittmann the opportunity to pass around the hairpin. 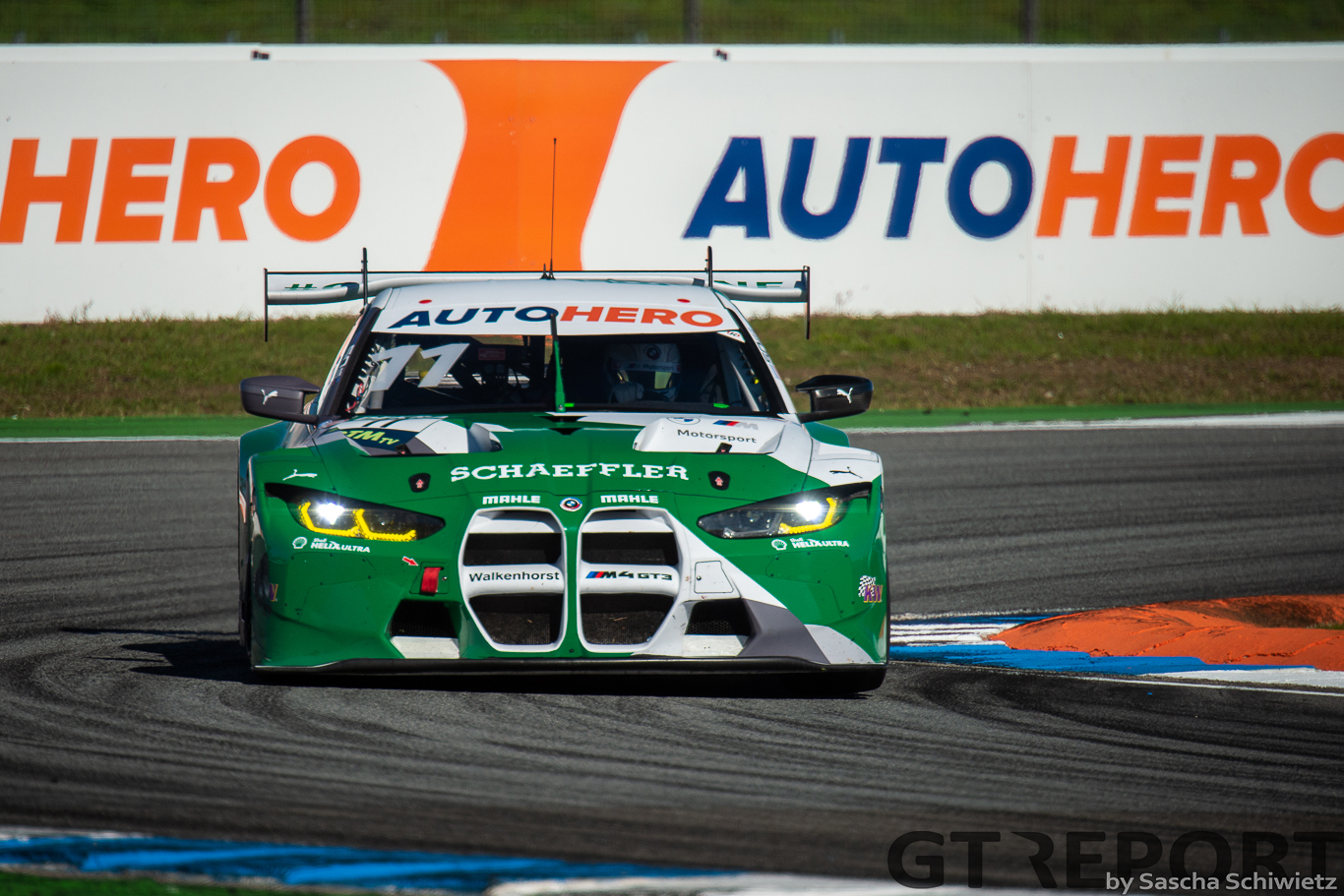 From that point onwards the positions seemed to be settled although the squabbling of the top 2 brought Clemends Schmid into the battle.  Unfortunately a puncture just over 30 minutes into the race for the #85 GRT Lamborghini saw his chance of a podium end and brought Van der Linde up to P3 to help secure his grip on the title. However a late run from Marius Zug, looking for his first podium finish, caused some nervousness in the Schubert Racing garage.

Keen to celebrate his title on the podium, Van Der Linde kept Zug behind him but clearly wasn’t going to defend too hard on the final lap as either position was enough to give him the title. Holding on to P3 meant that Van Der Linde finished the season on 164 points 11 ahead of Auer on 153 and Rast on 149. 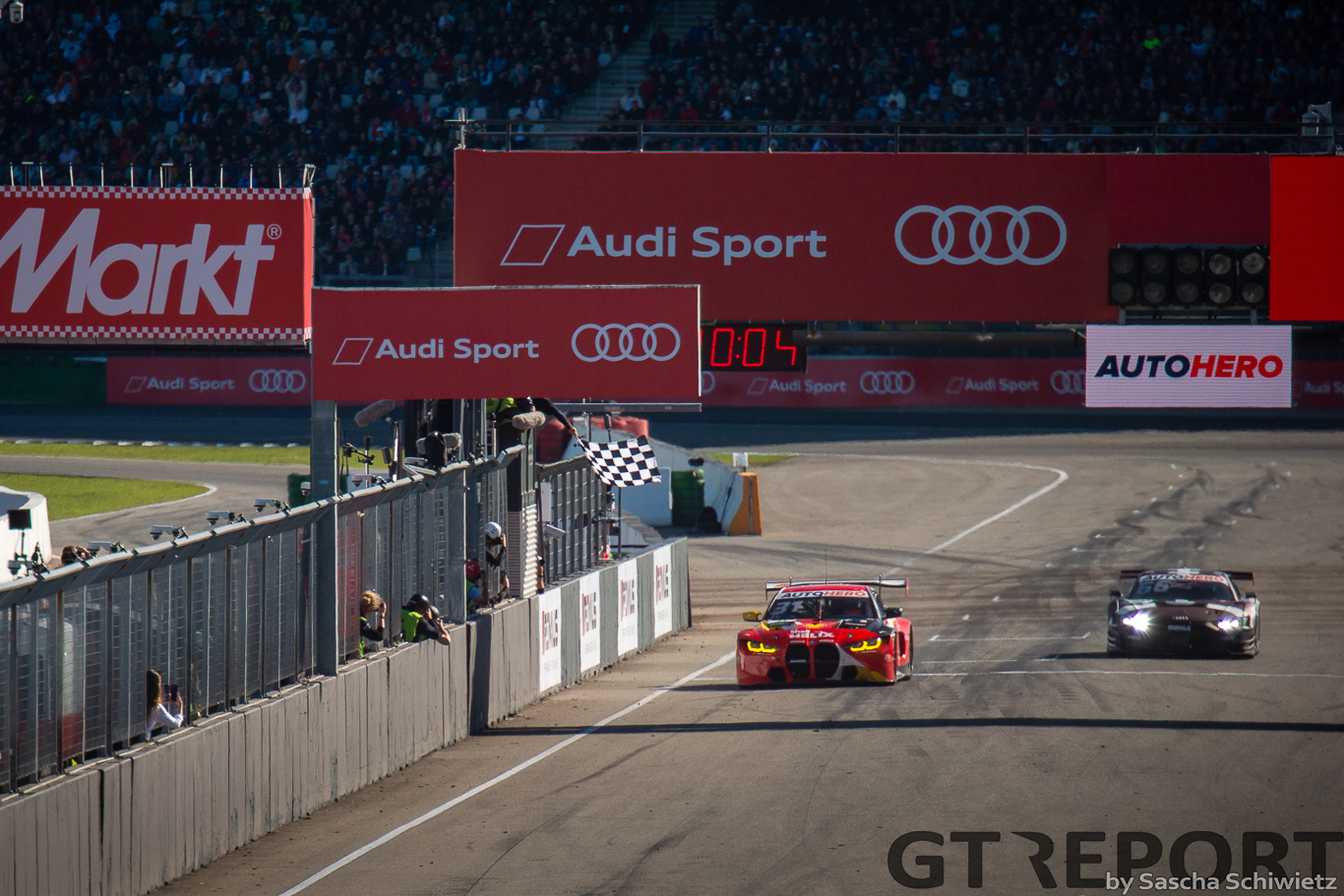 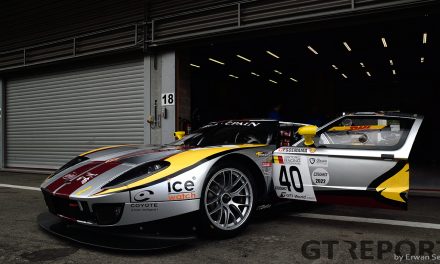 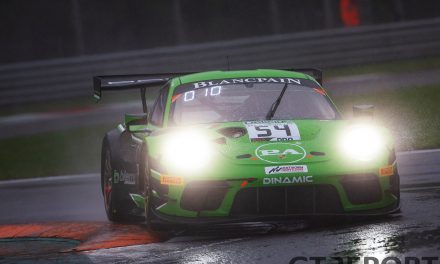 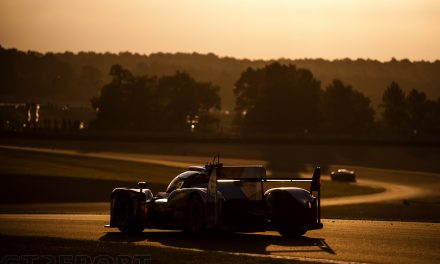