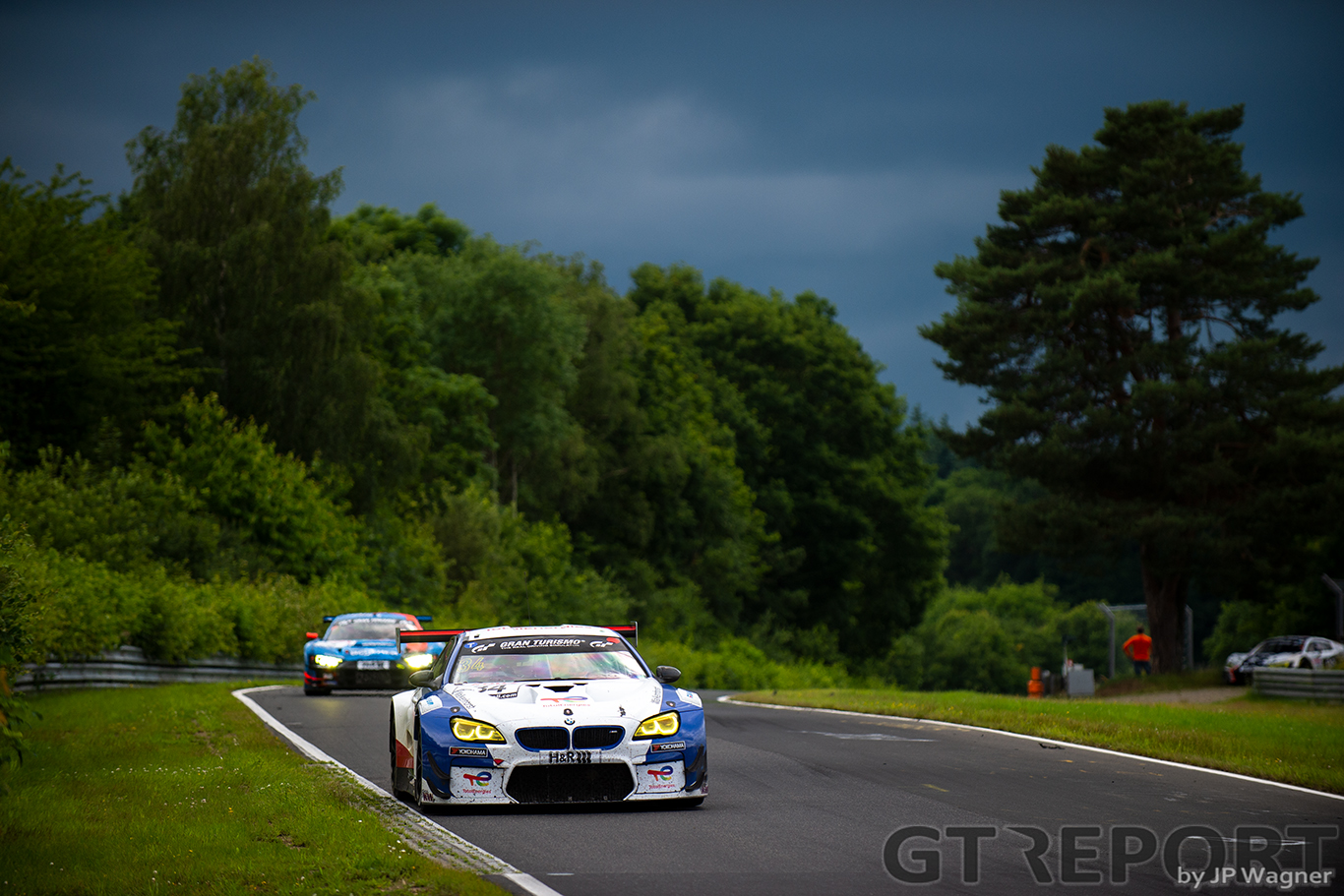 Race proceedings began under clear conditions, with the pole-sitting #34 BMW M6 GT3 of David Pittard having had a great race start albeit under pressure from the #5 Phoenix Racing Audi R8 LMS GT3 of Frank Stippler. The two battled it out throughout the opening hour, with Stippler managing to overtake the BMW at the Döttinger Höhe after 25 minutes of running.

After finishing second in yesterday’s NLS race 5, the #6 HRT Bilstein Mercedes-AMG GT3 was seen coming into the pits early after having suffered left side contact which damaged the exhaust pipe. The team losing valuable time and ground to its competitors as the race was just starting to find its rhythm. 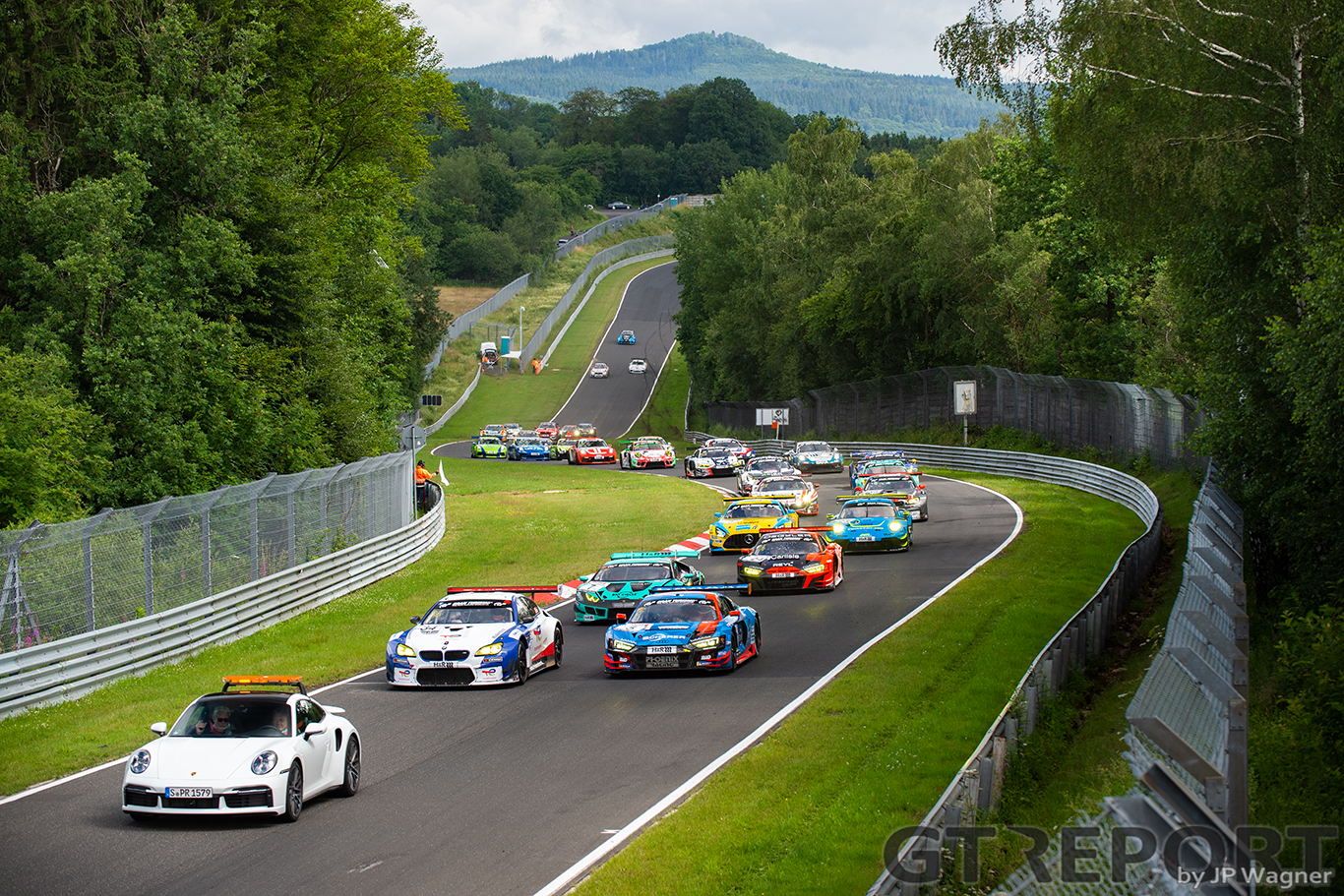 As the first pit stop sequences came to an end and the second hour got underway, the top 3 overall leaders found themselves just 15 seconds between each other, with the Ben Tuck driven #34 BMW M6 GT3 back in the lead after stopping one leap earlier. The #5 Phoenix Racing Audi of Vincent Kolb and the #7 Konrad Motorsport Lamborghini Huracán GT3 Evo of Axcil Jefferies found themselves fighting for second in what was an impressive duel which lasted for over half an hour. Jefferies managing to overtake the Audi in what was a daring pass on the outside of Haug-Haken, midway through hour two.

The battle grew even more intense after both cars came out of the pits side-by-side after the conclusion of the second pit sequence, 15 minutes into the third hour. To add fuel to the fire, Michele Di Martino  unintentionally collided with Frank Stippler before entering the Nordschleife after having been caught out by a local slow zone, causing slight damage to the front of the #7 Konrad Lamborghini. While both cars carried on, the Lamborghini found itself losing at least 7 seconds a lap compared to the Audi. 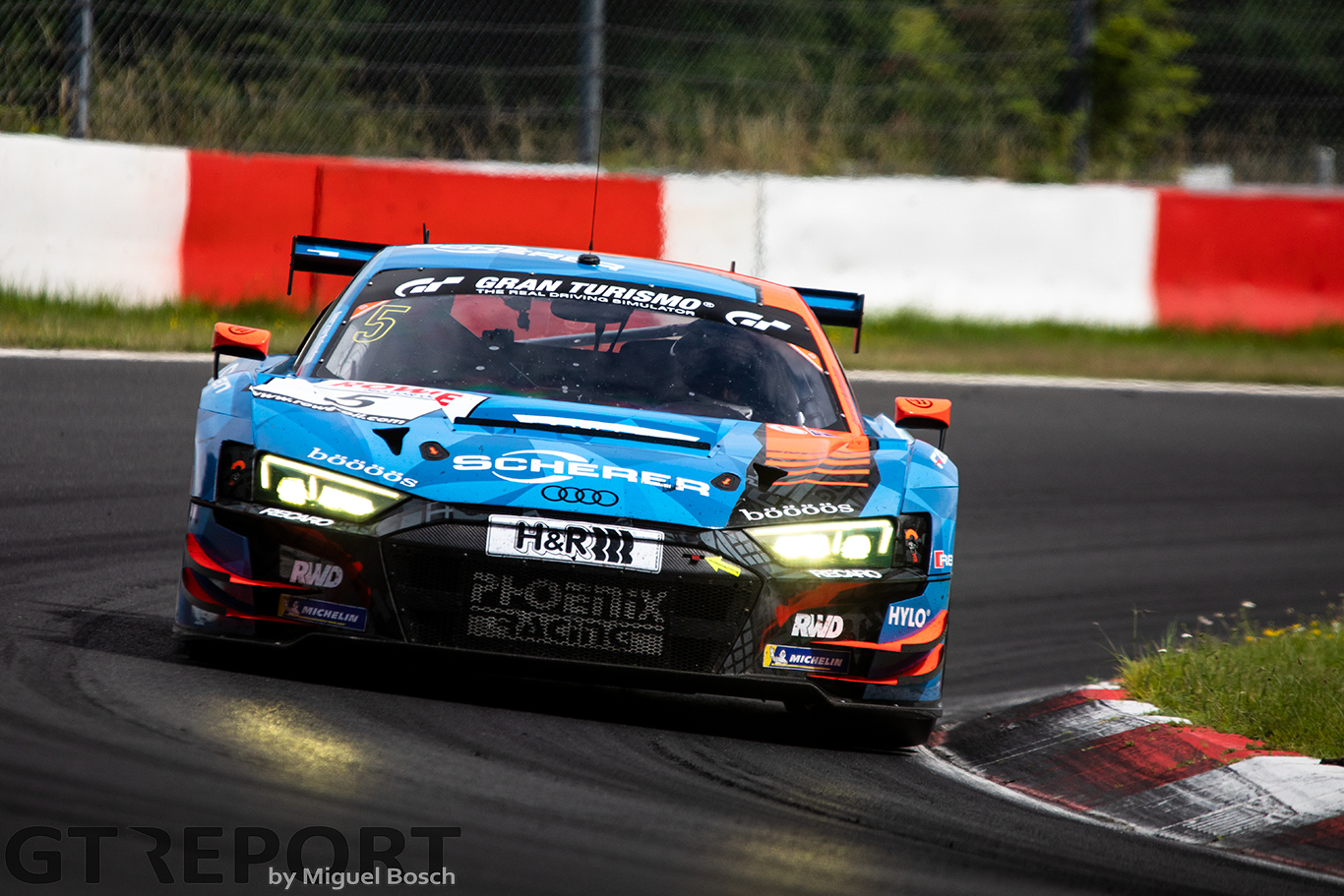 With no major incidents to report amongst the front runners after three hours of racing, the #34 Walkenhorst BMW M6 GT3 of Christian Krognes continued to lead entering the last hour, with Frank Stippler maintaining second in his #5 Phoenix Racing Audi, and Alessio Picariello taking over third place overall in his #3 Falken Motorsport Porsche 992.1 GT3R from Di Martino. But the battle for victory began to get more serious with the Walkenhorst team having called Christian Krognes into the pits with 50 minutes to go, while the Phoenix Racing team having consistently stopped one lap later, went to try and undercut the M6 GT3 thanks to a shorter minimum pit stop time as the end approached.

As Stippler brought the Audi in on the next lap to hand over the wheel to Vincent Kolb, it was down to Christian Krognes to go all out on his out-lap and try to avoid an undercut. The undercut was successful, however, with Kolb exiting the pits just seconds ahead of Krognes with less than 40 minutes to go. The battle all fans wanted to see though was not meant to be, as shortly after officials gave the #5 Phoenix Audi a 30 second time penalty for having overtaken under a local yellow. 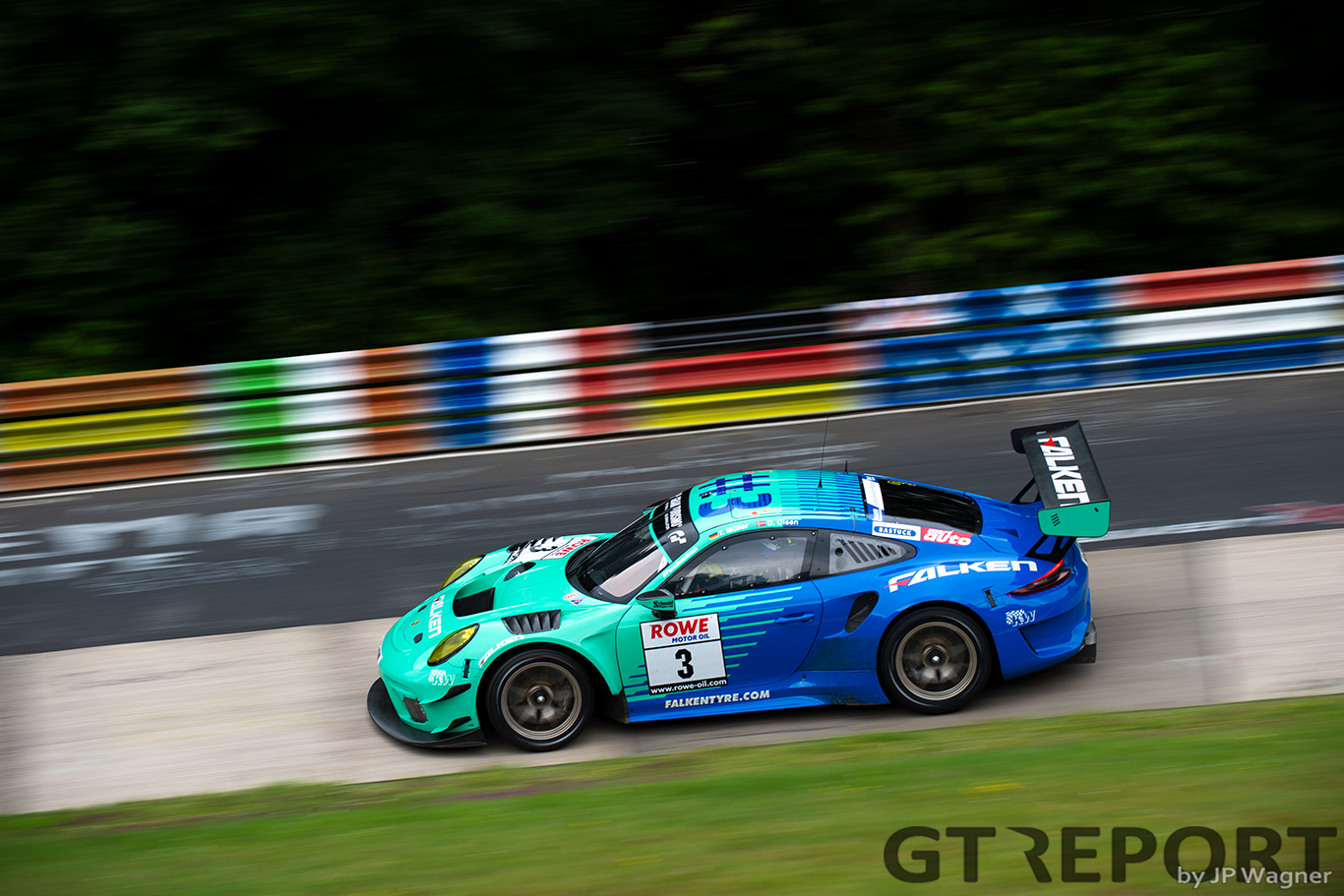 Unbeknownst of his penalty, Kolb did not want to give his position away, battling heavily around the Grand Prix circuit against Krognes who began to assess passing maneuvers with only 7 minutes remaining. Krognes was able to complete a pass on Kolb, however, assuming the lead after passing the young German around the outside of turn 11.

Christian Krognes never looked back, and as NLS6 came to a close it was the #34 Walkenhorst Motorsport BMW M6 GT3 who crossed the finish line in first. Second place went to the #5 Phoenix Racing Audi R8 LMS GT3 of Vincent Kolb and Frank Stippler, finishing behind the race winning BMW by over ten seconds. Race officials also decided it had revoked the team’s 30 second time penalty after coming to a conclusion that the Audi had passed under a white flag and not a yellow. 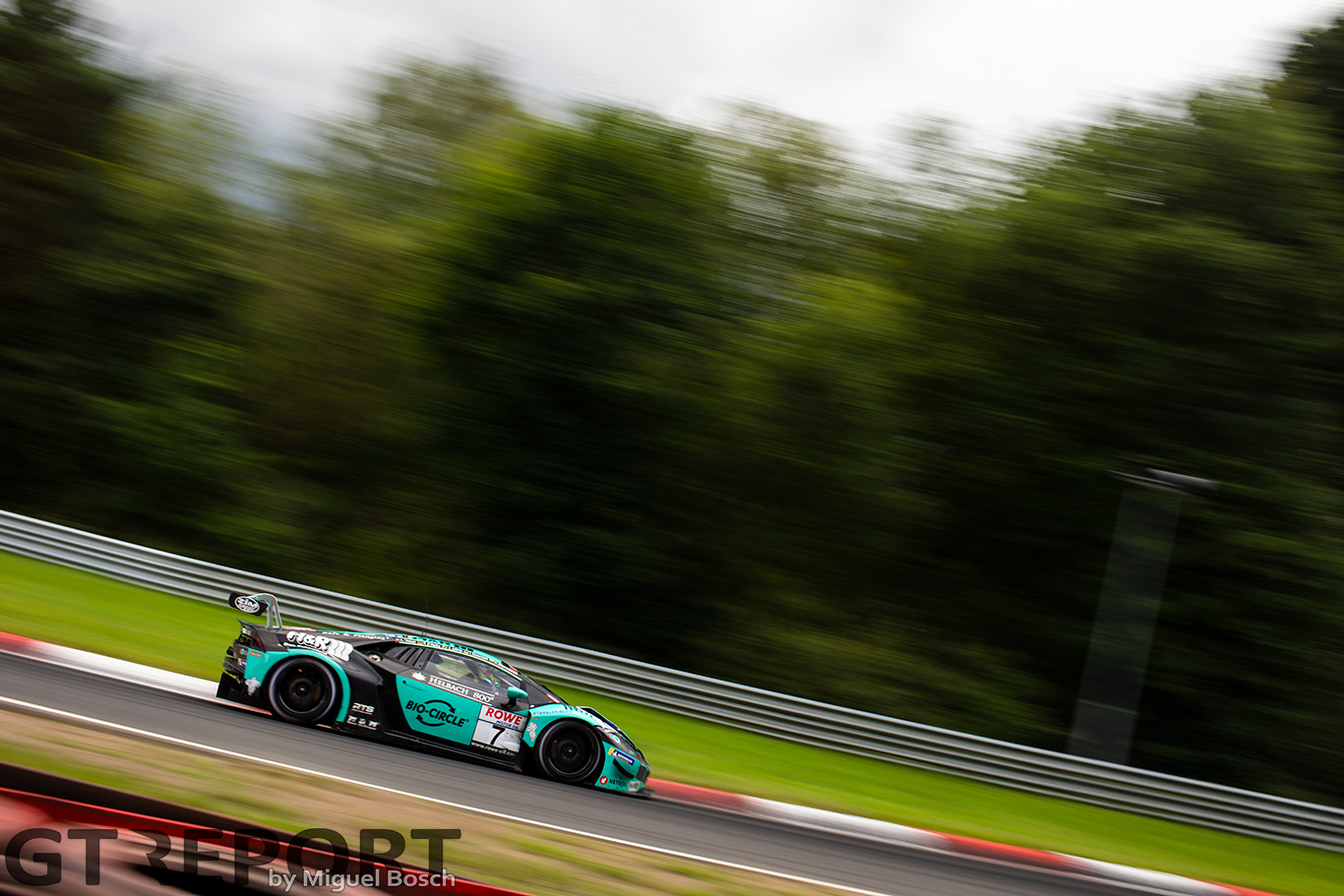 Next round of the VLN Nürburgring Endurance Series (NLS) is scheduled for September 11 for the ROWE 6 Stunden ADAC Ruhr-Pokal-Rennen. 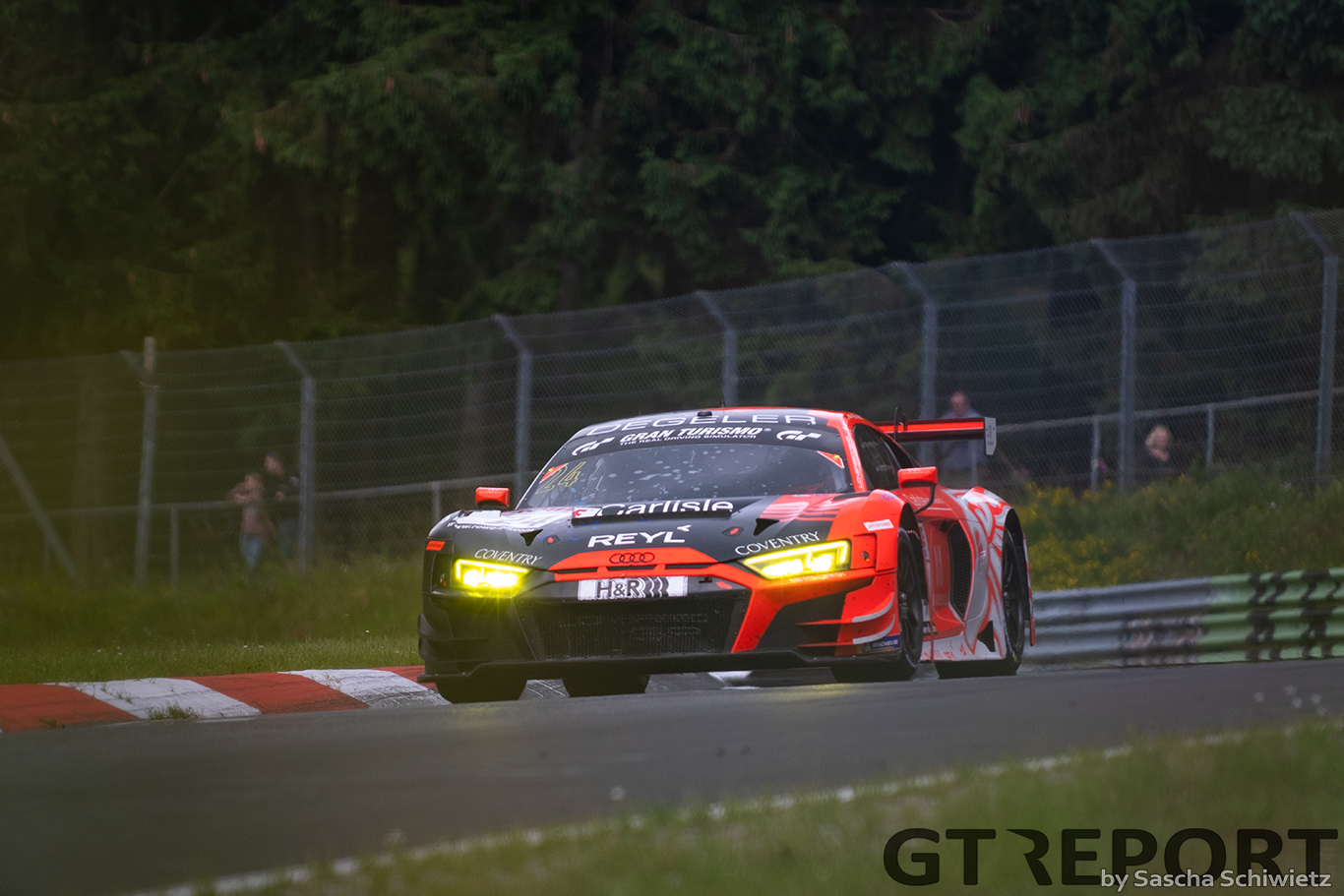 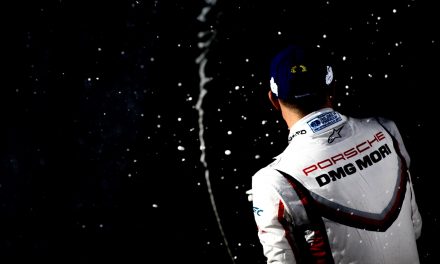 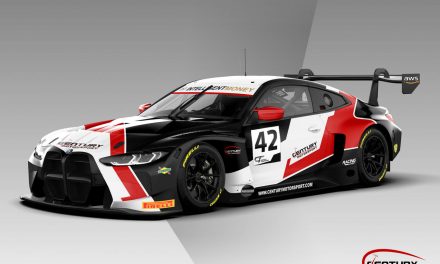 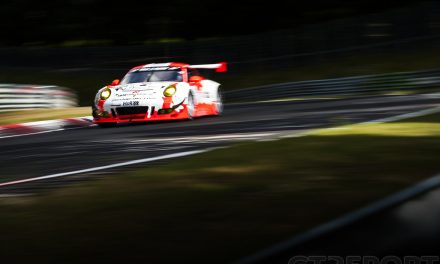