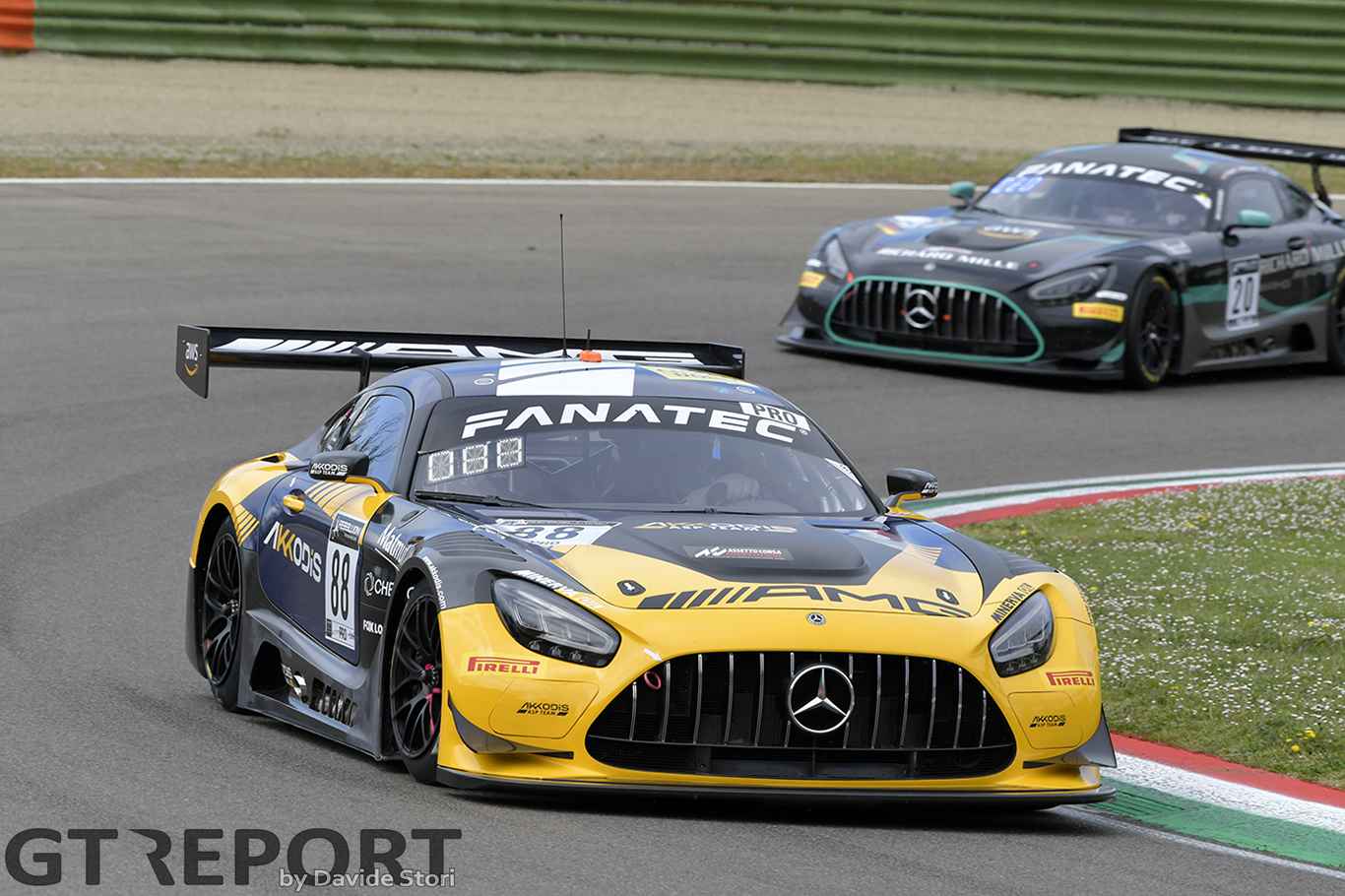 Jules Gounon’s lap in the first 30 minutes of Pre-Qualifying ensured that Mercedes-AMG Akkodis ASP Team finished Saturday’s running at Imola on top, with a time that proved impossible to top.

The 90-minute session was held without interruptions, as the field got about setting as many laps as possible as they all looked to get as much as running as possible before the opening race of the GT World Challenge Europe Endurance Cup season in Italy.

Early on, it was the Beechdean Aston Martin of Nicki Thiim that set the time to beat, with the British squad starting well on its return to Imola with the Dane setting a 1m40.573s to put himself well ahead of Kelvin van der Linde, who set the first true representative time of the session in his Team WRT Audi R8 LMS.

Thiim’s time only lasted for 20 minutes as Gounon, racing for the newly-named Akkodis ASP squad – regular readers will have known the team as AKKA ASP – put him Mercedes-AMG GT3 well-clear of the previous best as he set a 1m40.164s just before the hour-t0-go mark. 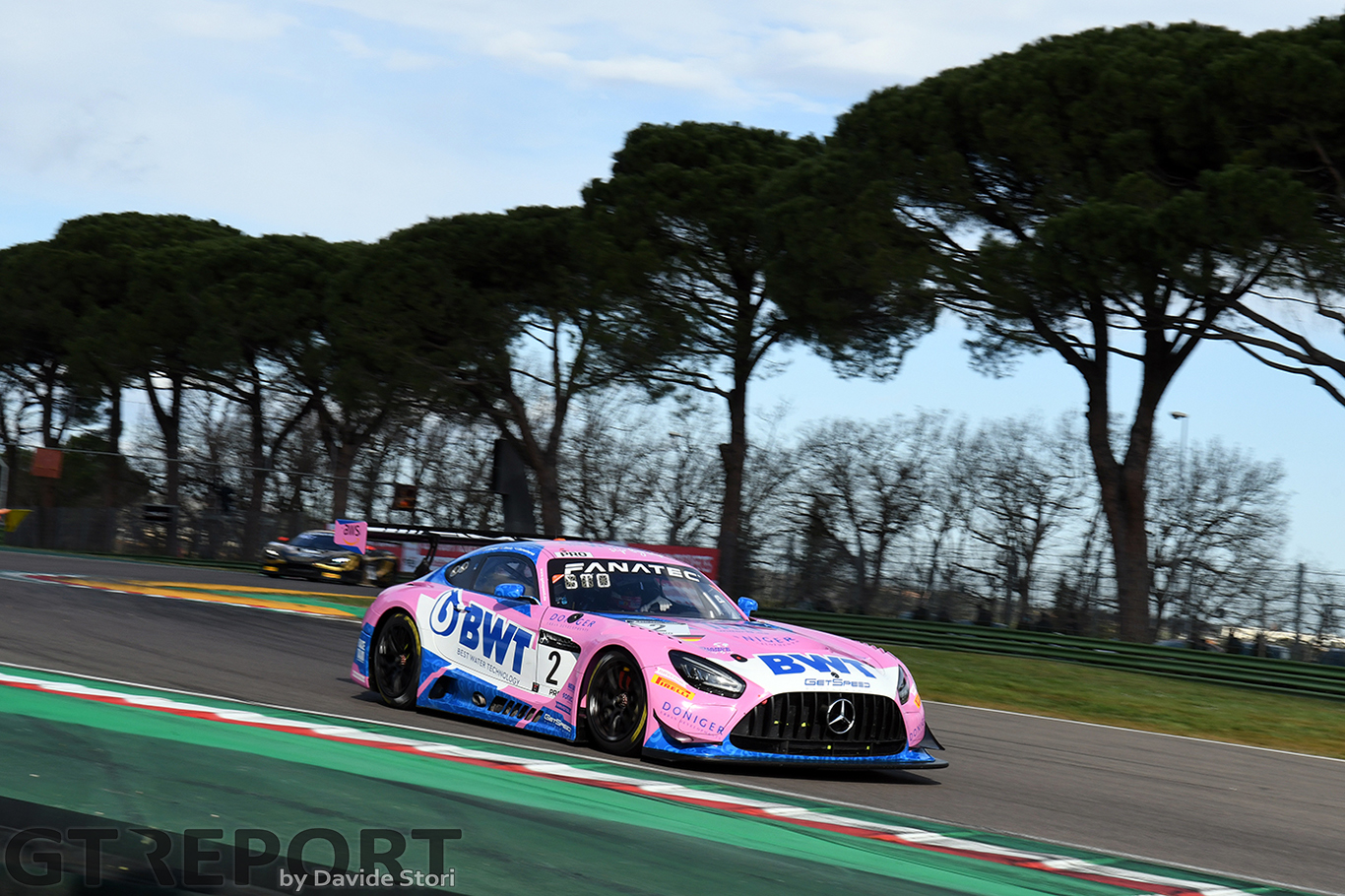 In a sign of both the competitiveness of the GT World Challenge Europe field this year, and of Mercedes at this circuit, Luca Stolz finished Pre-Qualifying just a blink of an eye behind as he set a 1m40.222s in his GetSpeed Mercedes.

Audi squads – running the Evo 2 version of the R8 – finished third, fourth and fifth as Sainteloc Racing bested the two Attempto Racing entries which set the exact same time, the second of which was the Silver Cup leading #99 of Marius Zug, Alex Aka and Nicolas Schöll.

Beechdean ultimately finished sixth after Thiim’s early rapid lap, with Frederik Schandorff just behind in seventh, having put in a 1m40.456s in the Inception Racing McLaren 720S GT3 in the final 15 minutes of the session to also be fastest in the Gold Cup category.

Team WRT was eighth at the end of the session, the #32 Audi 0.011s ahead of the JP Motorsport McLaren 720S GT3. Emil Frey Racing was the sole Lamborghini Huracán GT3 in the top ten, with Jack Aitken setting the car’s best lap early on. 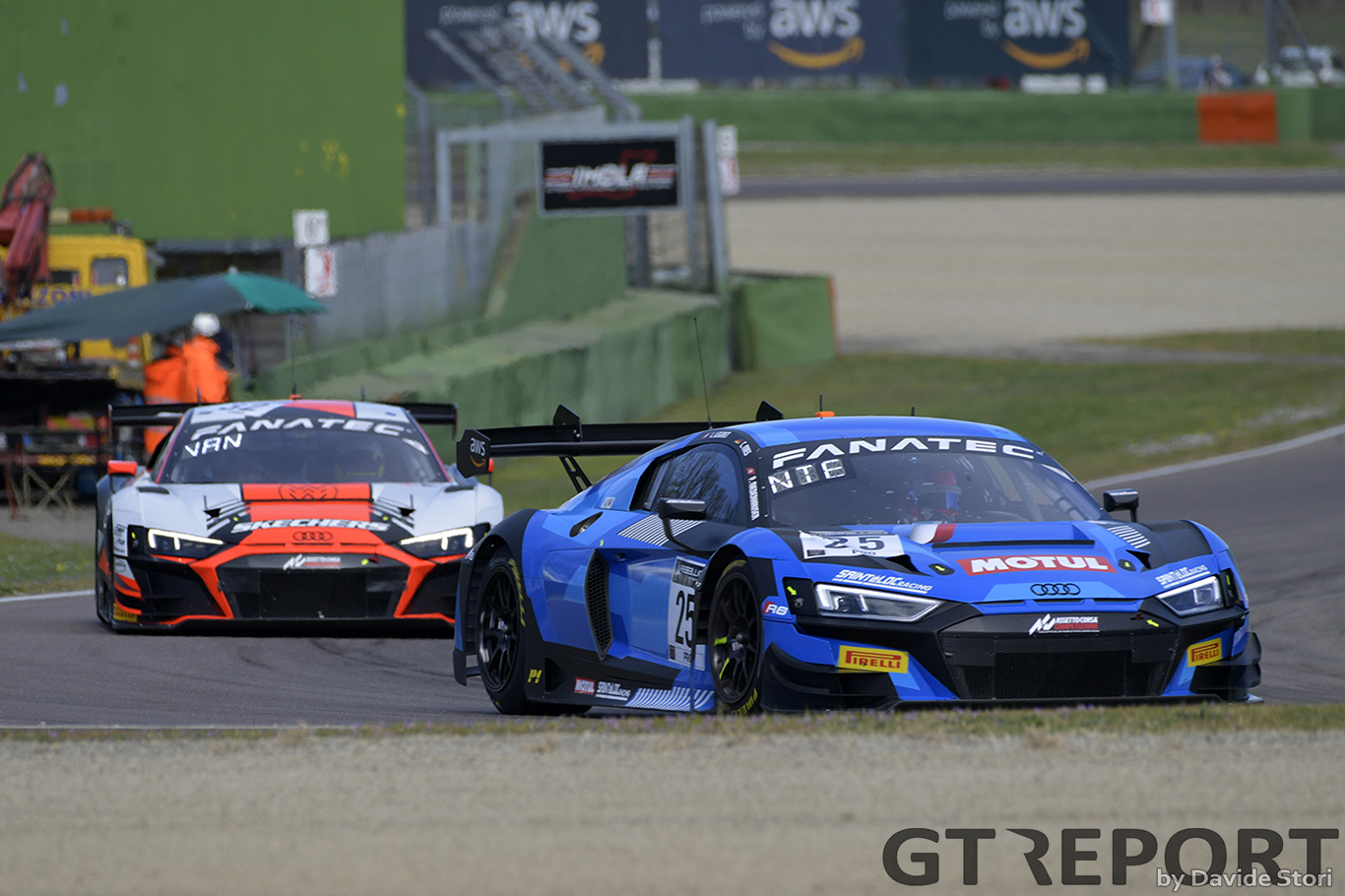 Garage 59, switching from Aston Martin to McLaren for this season, took the best time in the Pro-Am class, with Henrique Chaves 27th overall with a 1m41.055s in the 720S. 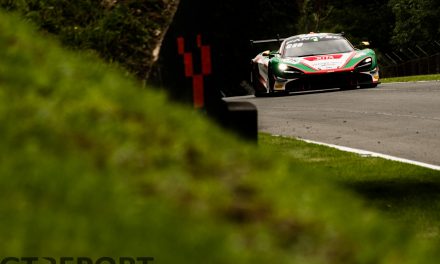 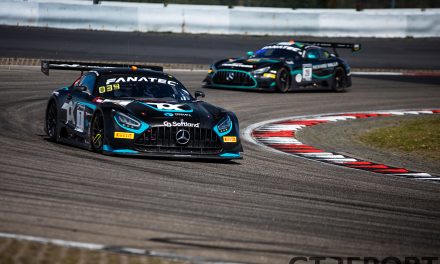