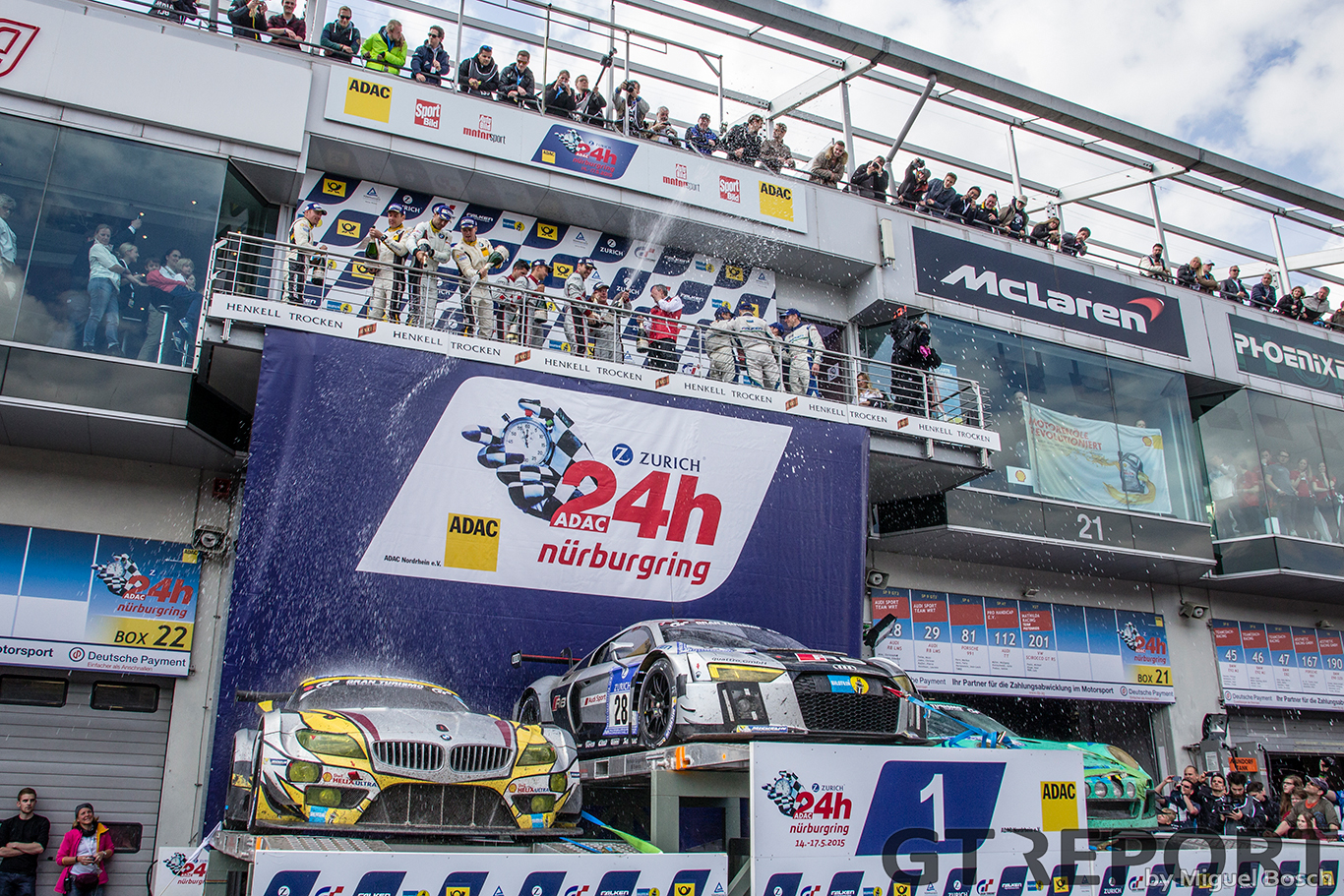 It was hard to believe in a Nürburgring 24 hours victory for the brand new Audi R8 LMS GT3 when the green flag flew on Saturday afternoon: Only one race it had ever won in its still developmental life, and that one was just four hours long. Yet there it was 24 hours later, on the top step of the podium, with its drivers high above celebrating a win for the ages.

Back to Friday evening. As the drivers finished their flying laps on the Nürburgring, BMW looked set to take their first N24 win since 2010 with Marc VDS on pole position, Team Schubert on positions three and four, and only Black Falcon Mercedes-Benz SLS AMG GT3 there to break up the Z4 dominance. 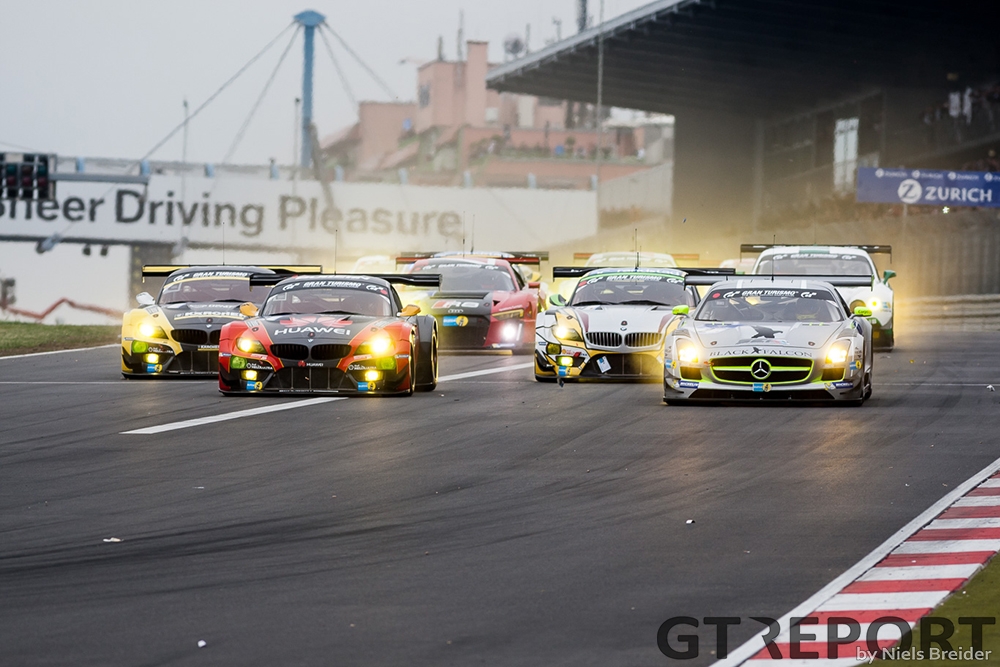 This was also the story of the first couple of hours: Schubert leading the field after a poor start by Jörg Müller in the Marc VDS BMW. Then the rain came, and everything changed rapidly. A race of attrition enfolded, lasting until deep into the night.

One of the first victims of the rain was Schubert’s Claudia Hürtgen, who crashed her long race leading car at Pflanzgarten II. The German couldn’t save her car from bashing the guardrail after it landed sideways on the wet tarmac. 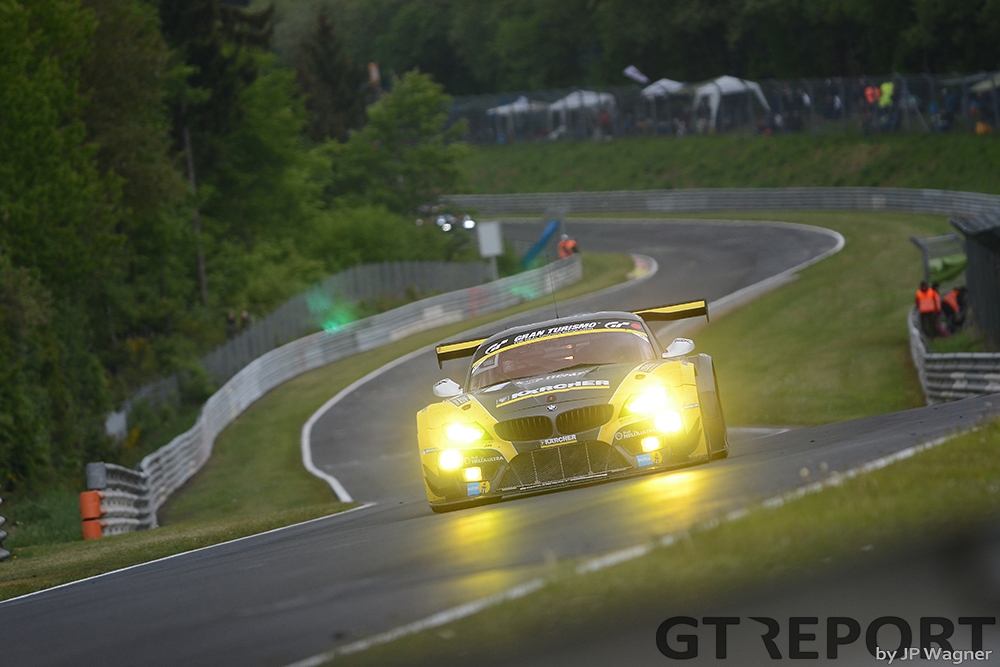 Taking over the lead was the Black Falcon Mercedes-Benz SLS AMG GT3 of Yelmer Buurman, Abdulaziz Al Faisal, Hubert Haupt and Jaap van Lagen, courtesy of a different pit stop strategy. After midnight they had dropped back to sixth position.

“It’s going better than expected,” Van Lagen admitted. “In the first three hours we were leading for a while because of a somewhat different strategy. We’re now in P6 because a couple of fast cars in front of us dropped out. If nothing happens to the other teams, then I think this is where we’re supposed to be.” 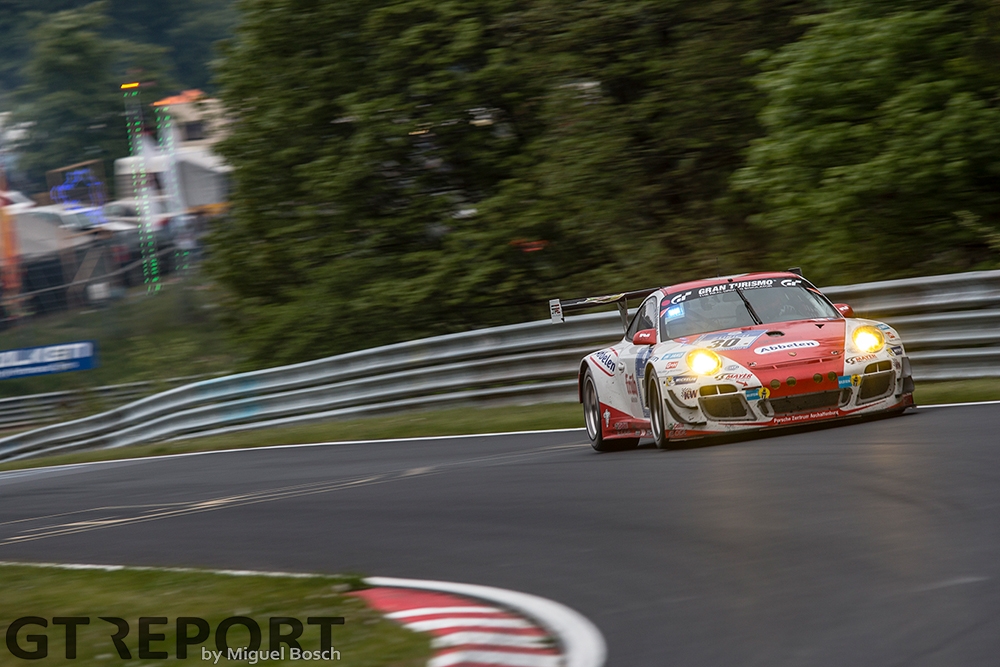 While the Black Falcon SLS finished the race fairly uneventful and just like Van Lagen expected, in fifth place, the battle for the lead pushed drivers to the edge. It pushed them so far, that in the darkness of night a former race leading driver was looking with grief at how a destroyed Porsche 997 GT3R was being covered up in the paddock.

Unsure about what had happened, Patrick Huisman walked away in disappointment from his Frikadelli Porsche while suggesting that teammate Patrick Pilet might have been hit at Hohe Acht by another car. The retirement came after a stunning race through the field by the Frenchman who went from thirteenth position to the lead in only a handful of laps, in the rain, up against works teams. 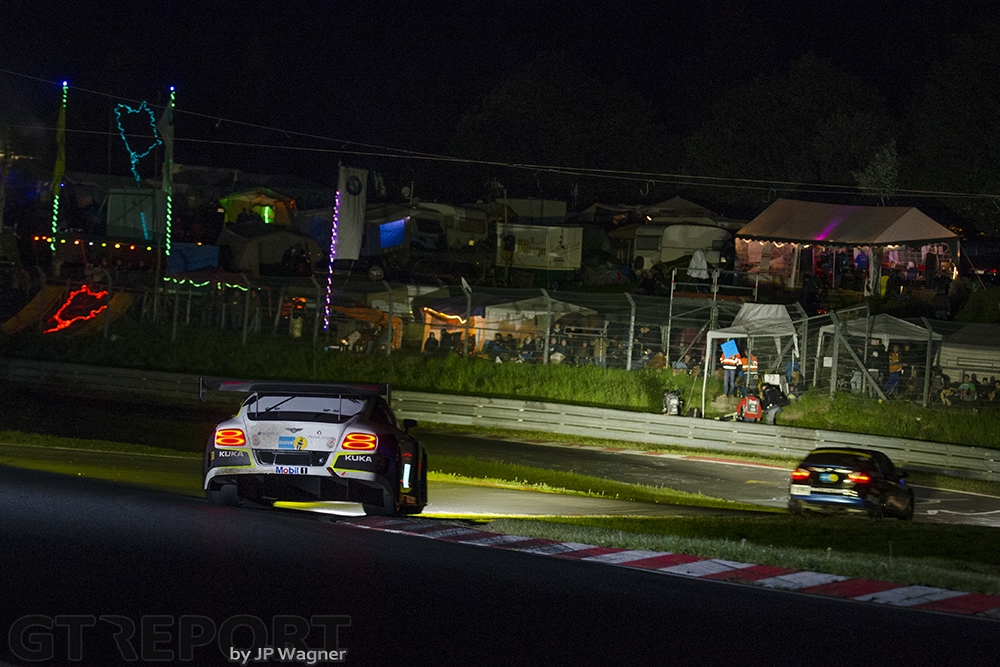 Even local team and 2014 winner Phoenix Racing couldn’t hold on to the lead. The Meuspather outfit inherited the lead from Frikadelli and looked set for a repeat win, until Christian Mamerow crashed his Audi R8 LMS Mk.II at Pflanzgarten, 25 minutes after taking over the wheel from Christopher Haase. Not much later the second Phoenix Audi was also forced to retire after a lengthy repair for a mechanical defect, followed by a crash two laps after leaving the pit box. 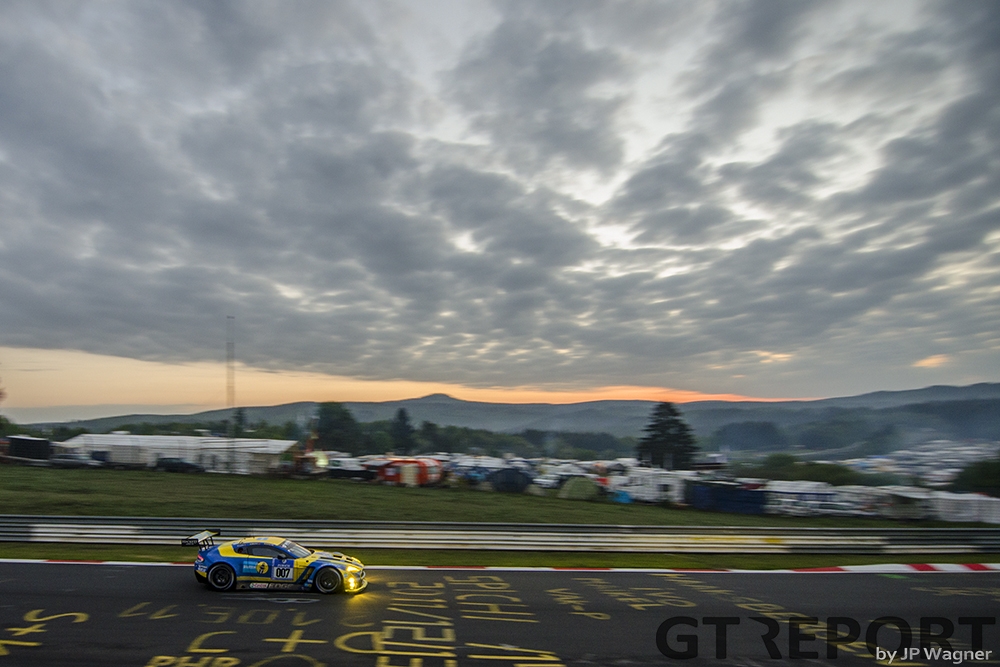 At dawn the #25 Marc VDS Racing with Markus Palttala in the car emerged from the the darkness in first position. The Belgians were closely followed by the Falken Motorsports Porsche 997 GT3R driven by Peter Dumbreck, Wolf Henzler, Martin Ragginger and Alexandre Imperatori, and #28 WRT Audi of Christopher Mies, Edward Sandström, Nico Müller and Laurens Vanthoor, all of whom took turns in front of the field several times during the night.

With the night of attrition over, the race between the three leading cars was on, but the lead changes we saw in the early hours of the morning were no more. Go-time was nothing more than holding on to what they had and waiting for the others to make mistakes. While never very far apart, those mistakes never happened. 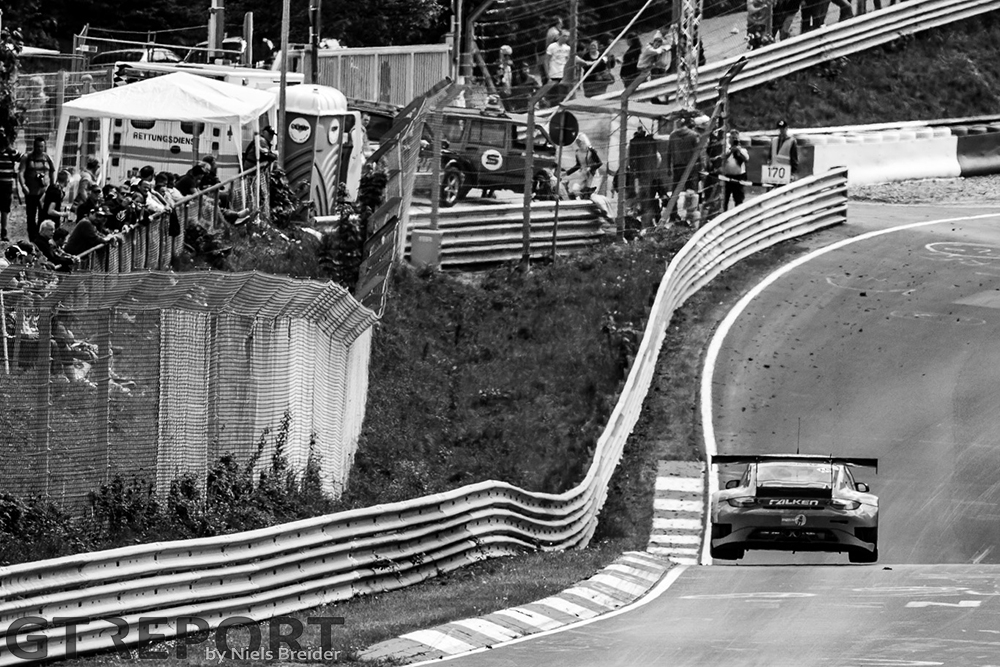 Having taken over the steering wheel for the last stint to defend first place with his extensive Nordschleife knowledge, an emotional Mies brought the R8 over the finish line unscratched, crowning himself and the WRT squad as winners of the 43. ADAC Zurich 24h-Rennen.

Not only did the R8 Mk.II by now win a 4 and 24 hour race, it also did this without encountering any significant issues from all cars involved. It’s a debut season that no one could’ve imagined, and with the Spa 24 hours coming up in two months time, is there anyone that can stop Audi? 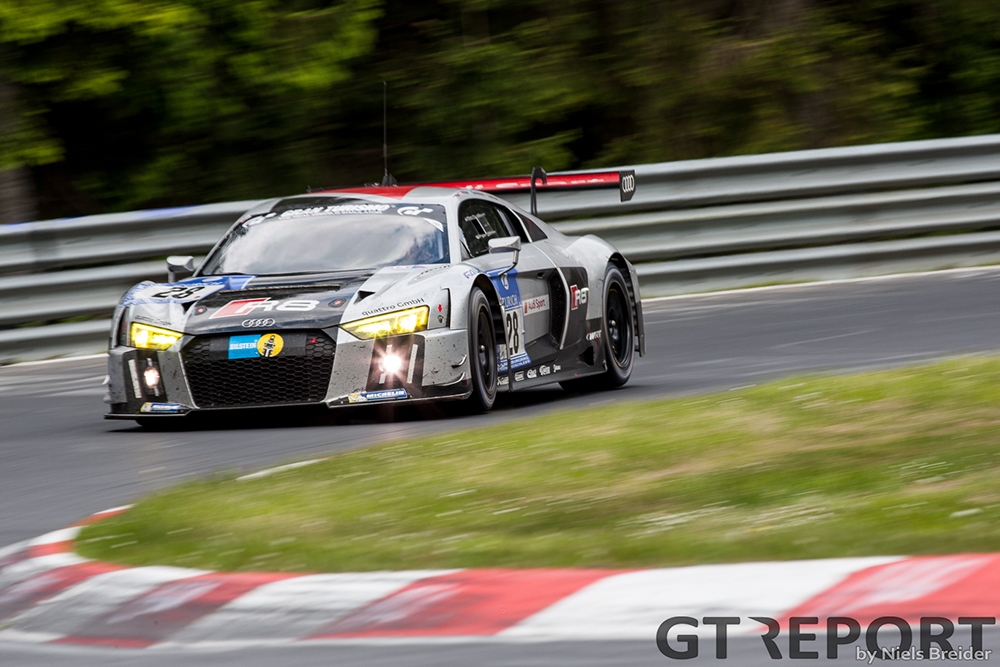 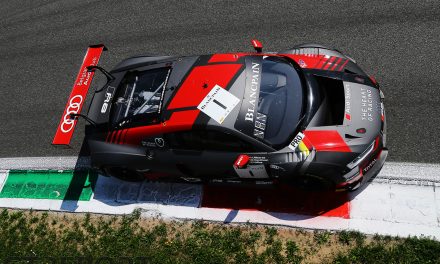 Dries Vanthoor: “In Zolder the rules were used against me, in Monza for me”