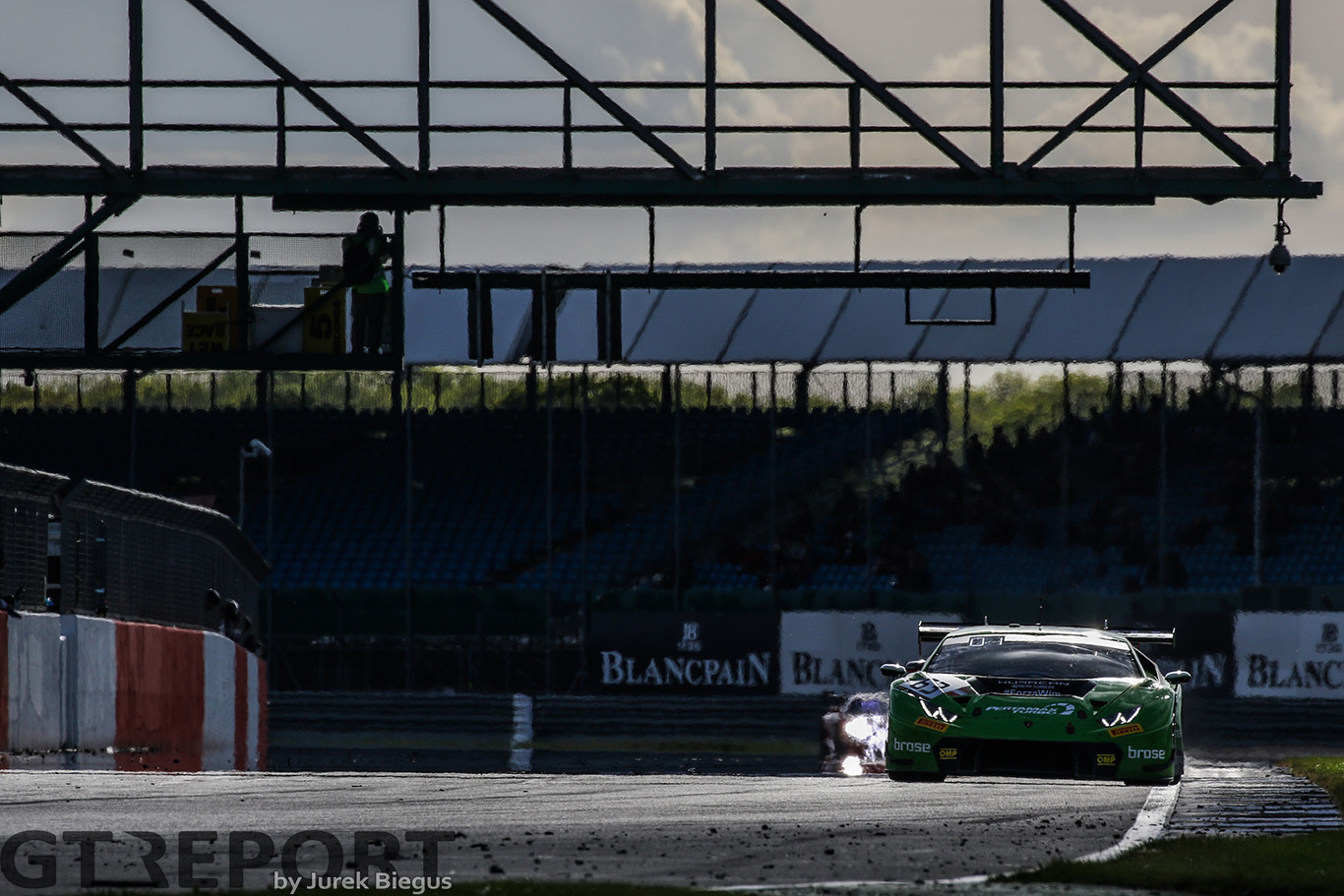 Three hours, 83 laps, 0.344 seconds. Those are the three key numbers to keep in mind as GRT Grasser Racing Team claimed their second Blancpain GT Series Endurance Cup victory of the season after one of the best displays of defensive driving Silverstone Circuit has ever seen.

The Lamborghini Huracán GT3, started by Mirko Bortolotti and then raced to good effect by Andrea Caldarelli and Christian Engelhart, was on the pace for the whole race after a lap one corner one overtake on Félix Serrallés in the AKKA ASP Mercedes-AMG GT3 who was caught napping on the second attempt at getting the race underway.

Serrallés would see his race get even worse before the end of the first hour as he was given a one minute stop-and-go penalty for causing a false start after hitting the Lamborghini of Bortolotti. 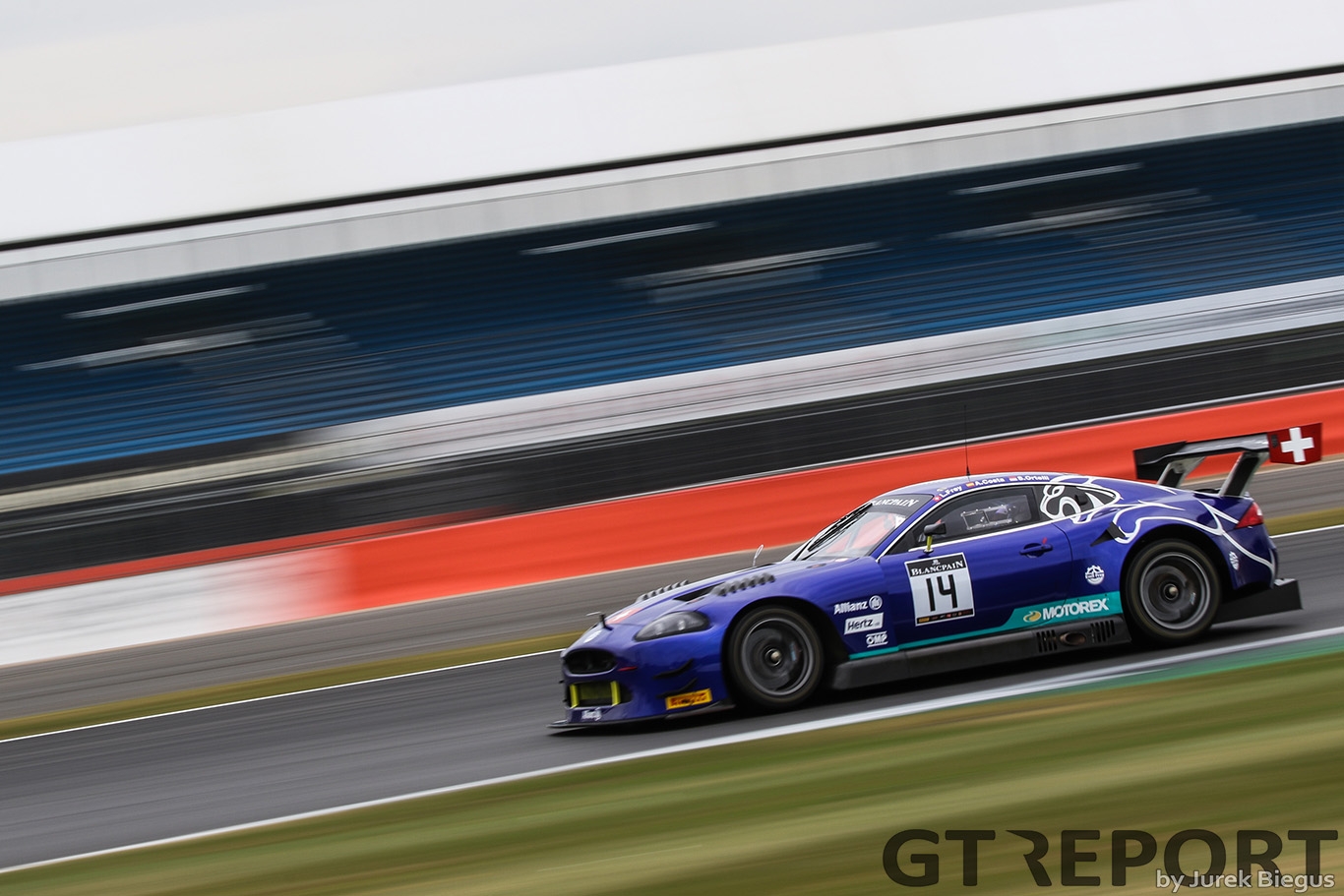 None of that worried the lime green Lamborghini though, as Bortolotti blasted off into a six second lead which lasted until the first round of pitstops as Michael Meadows in the second AKKA ASP AMG got the jump on Caldarelli in the pits. The Brit though would soon have his mirrors filled with the GRT Huracán, but he would hold on to his lead during the second hour as Jimmy Eriksson showed AKKA ASP weren’t the only horse in the AMG race as the HTP driver dived up to second after reeling in Caldarelli at Luffield.

Eriksson found his battle with Meadows a lot tougher though, the Brit – who was making his first appearance at Silverstone in the AMG – was holding on well enough that the Swede was having to make himself comfortable in second place.

That however, all changed at the pitstops as – for the second race in a row – the Grasser pit crew pulled off a lightning fast tyre and driver change seeing Engelhart leap from third into the lead as Edoardo Mortara, who took over from Meadows, did the exact opposite move.

With Mortara losing ground in third, Engelhart was having his lead challenged by Maxi Buhk in the HTP AMG. In the closing 20 minutes, Buhk was on the bumper of the Lamborghini and running down the Wellington Straight to Brooklands, it looked like Buhk would be able to claim a hard-fought lead.

However, with one second left on the clock Engelhart would cross the line with just enough time to start another lap before the chequered flag. That seemed to confuse Buhk who, like many of the rival Grasser team, had thought there wasn’t enough time to do one more tour of the circuit so appeared to back off as he approached Copse. 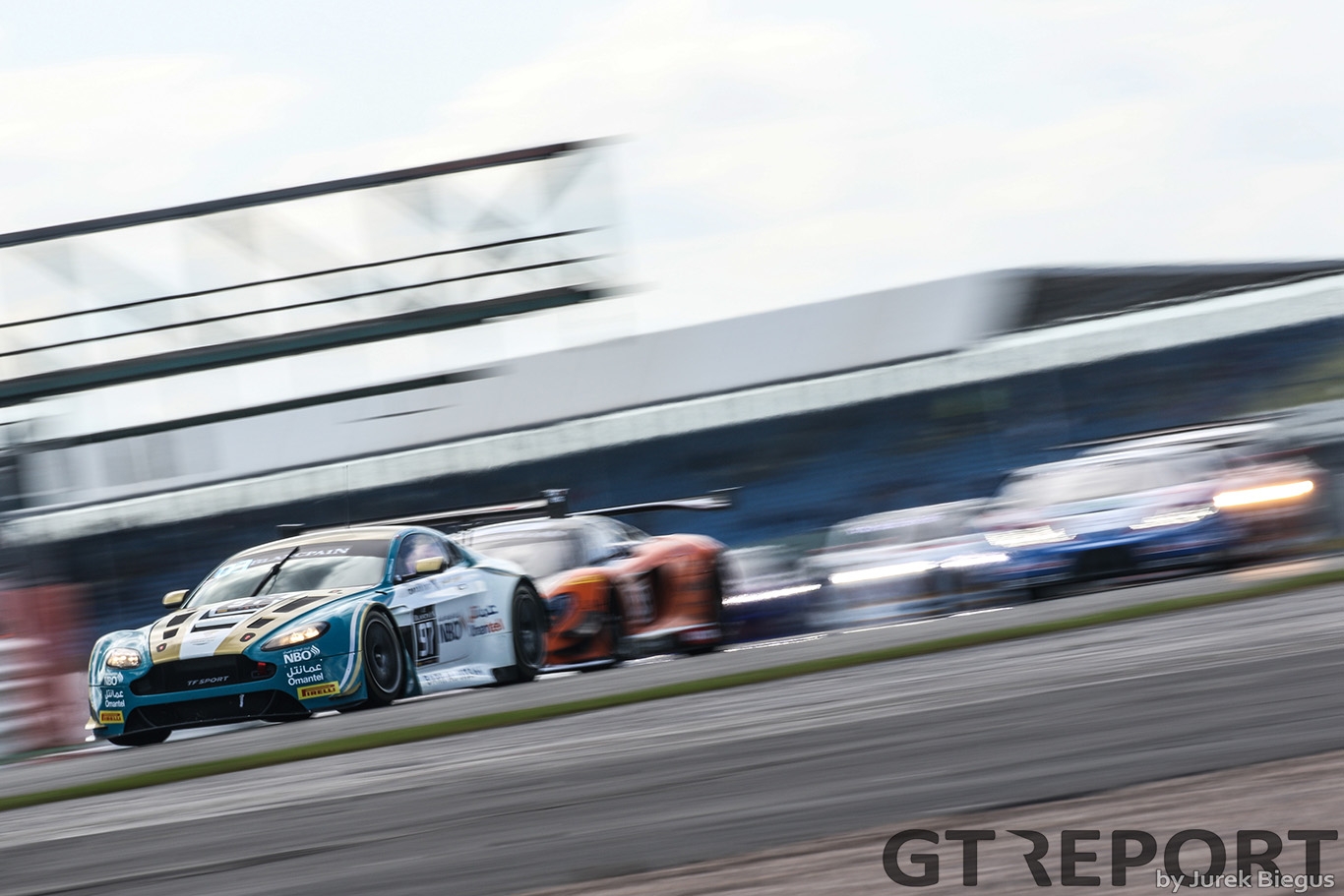 By the time he realised he had one more lap, Engelhart was too far down the road and by the time they crossed the line to finally take the flag there was a 0.344 second gap between them.

The win for Grasser means they’ve taken two Endurance Cup wins in a row, after a close fought battle at Monza, and if you count their Sprint Cup success at Brands Hatch, they’ve taken three main race wins in three races.

Bortolotti explained that the team’s upturn in pace, after what were relatively poor pre-season tests before the final test of the pre-season, was due to a greater understanding of the new Pirelli tyre for 2017 which is a lot less ‘peaky’ than it has been in previous years meaning wear is a lot more gradual over the course of a stint. Being able to set up the car around the tyre has seen them being able to run faster laps over the length of a stint over even the other Lamborghini teams.

That said, Barwell Motorsport’s Lamborghini Huracán GT3 might not have had as good an understanding of the tyre as Grasser but they certainly had the pace in Pro-Am Cup as Patrick Kujala, Adrian Amstutz and Martin Kodrić managed to hold off the fight of Jonny Adam and Ahmad Al-Harthy in the TF Sport Aston Martin which did have greater pace leading into the race. Squandering an 18 second lead after a late spin for Kujala, Barwell clung on to take their first class win of the season by one second.

The Am Cup went to Rinaldi Racing as Pierre Ehret and Rino Mastronardi seemed to be the only crew in the class that didn’t get stung by the series’ stronger penalties for contact that really came into force in the UK. 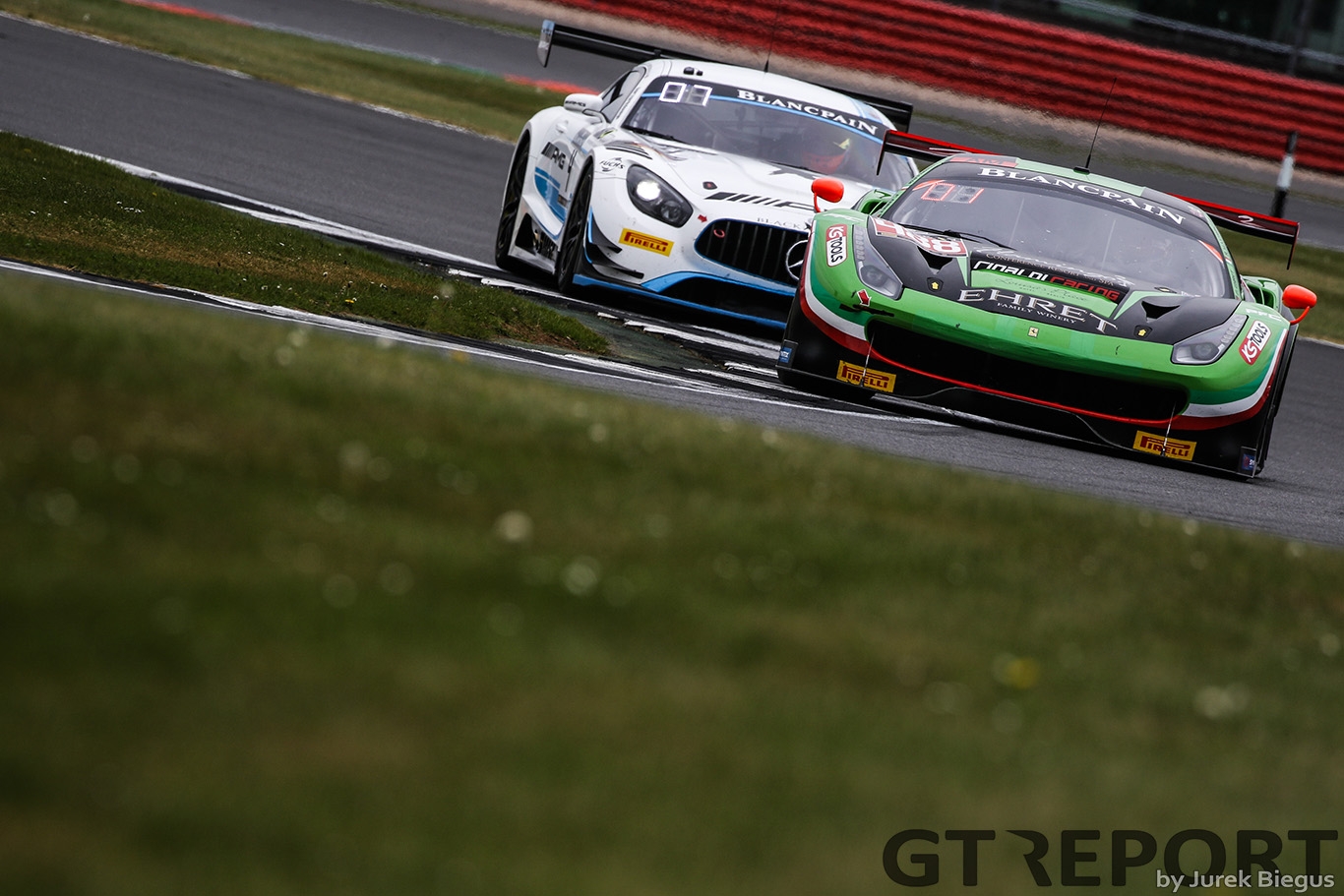 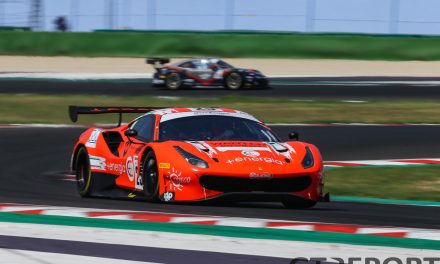 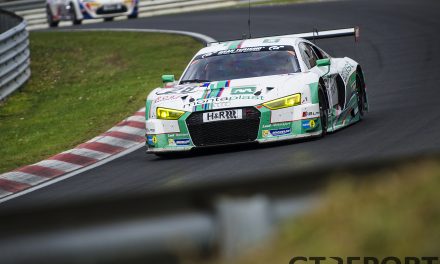 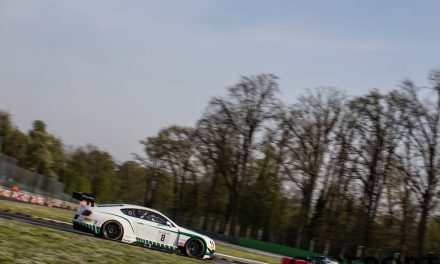