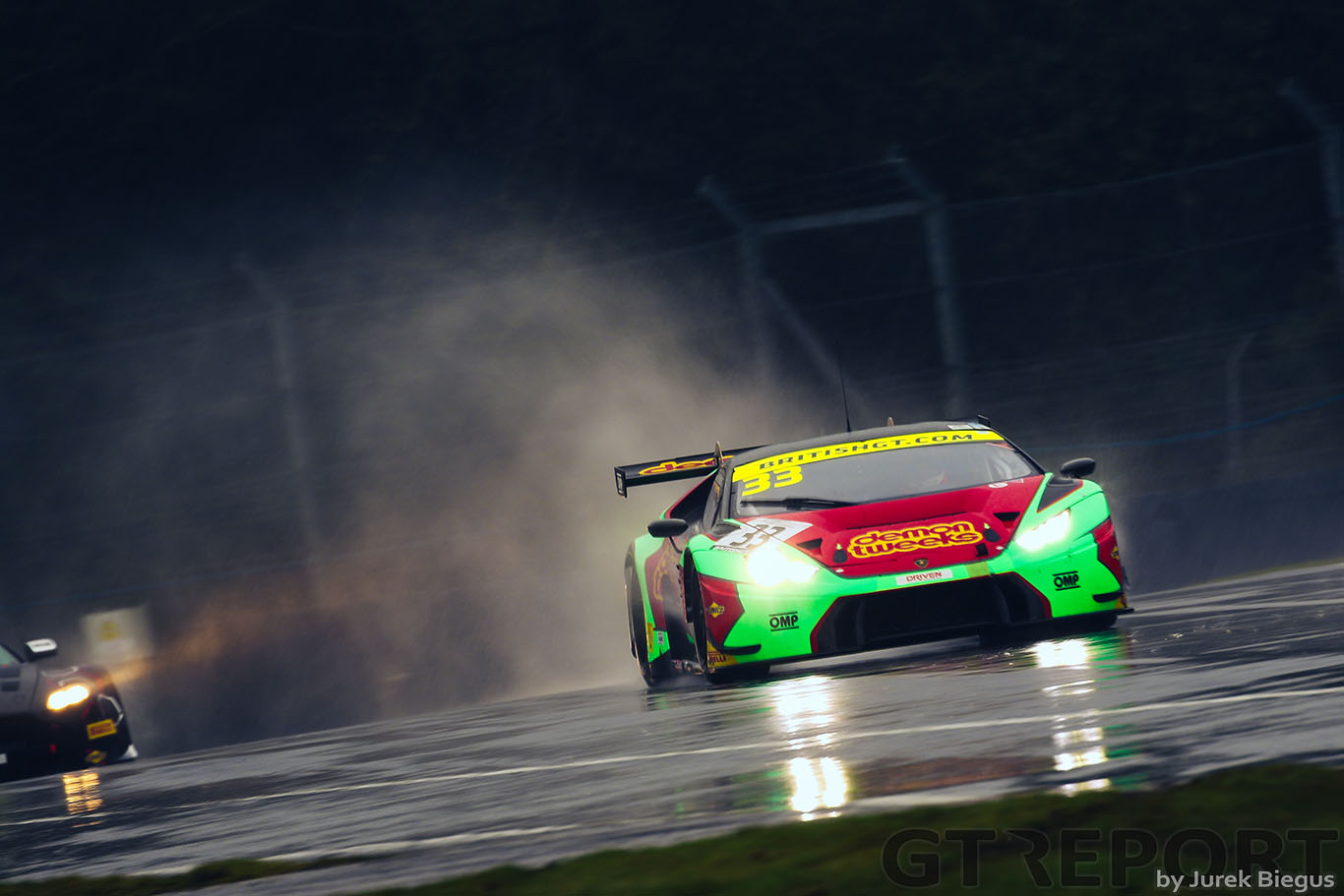 British GT heads into round 3 this weekend with a 2-hour race at Rockingham Motorspeedway where teams, drivers and fans are all hoping for a race longer than 4 laps.

Full points were awarded for the aborted race at Oulton Park which left Jon Minshaw and Phil Keen as early championship leaders. It’s never wise to bet against the Barwell Motorsport duo but they and their Lamborghini Huracán GT3 will be disadvantaged with a 20 second success penalty following the round 2 victory. Barwell teammates Sam de Haan and Jonny Cocker could also prove to be an unknown quantity after a big off during practice at Oulton Park left them on the back foot all weekend.

Close on the heels of Minshaw and Keen will be Flick Haigh and Jonny Adam who will be looking to continue their successful start to the season. Oulton Park saw their Optimum Motorsport Aston Martin Vantage GT3 on pole and a start-to-finish race win so Rockingham holds no fears.

“Rockingham is a weekend we have prepared fully for, we have tested there in all conditions. We certainly – as always – turn up with hopes of a big points haul,” said Flick. 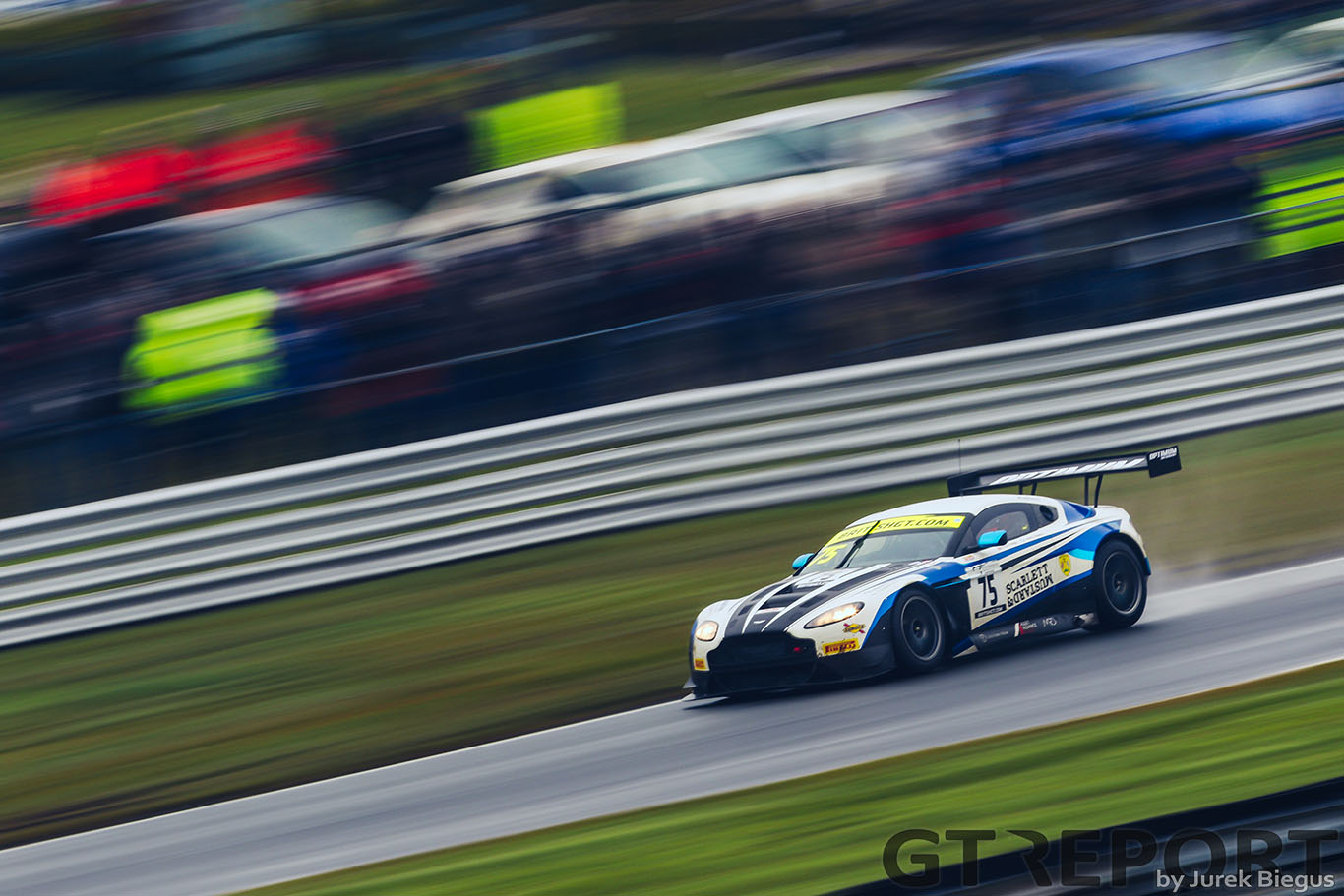 “The team have worked overtime to get the car on point for us. We will turn up the same mindset as at Oulton Park… We all do our best.”

Others to watch out for are ERC Sport Mercedes-AMG GT3 pairing of Lee Mowle and Yelmer Buurman who hold second in the driver’s championship and will be looking to capitalise on a strong opening weekend.  Third in the championship and the top Aston Martin team is the ever popular Beechdean Aston Martin of Andrew Howard and Darren Turner. Although a formidable pairing with plenty of success in British GT, Howard is not taking anything for granted.

“Rockingham has traditionally been all about highs and lows: big crashes to big wins, with plenty of spectacle along the way,” said Howard.

“The level of competition in British GT is at an all-time high so we are doing extensive testing and simulator training to make sure we have the best possible opportunity at each event.”

The TF Sport Aston Martins will both be dealing with success penalties in round 3 following a second-place finish for Derek Johnston and Marco Sørensen in the number 17 Aston Martin Vantage GT3 and a third position for Mark Farmer and Nicki Thiim in the number 11. Johnson and Sørensen will have a 15 second penalty whilst Farmer and Thiim will be stationary for just an additional 10 seconds. 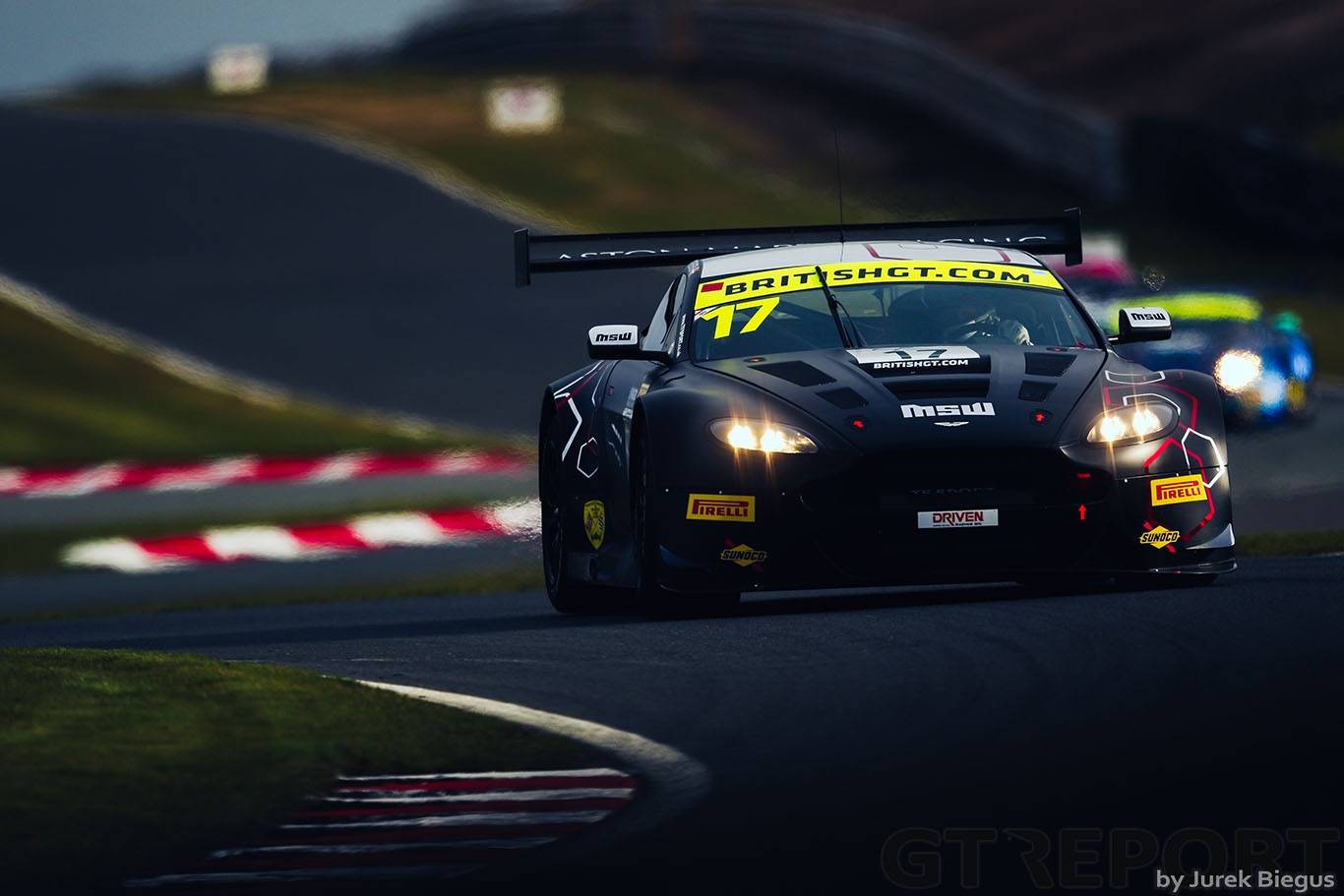 “We were able to pick up second and third in the second race, but we weren’t racing so we can’t take too much satisfaction from that. We also know this weekend at Rockingham will be tough for us with the success penalties.”

The last remaining Aston Martin of Graham Davidson and Maxime Martin is looking for a big improvement on their Oulton result where qualifying mistakes saw the team start at the back of the GT3 grid. Having completed 165km of testing at Rockingham coupled with further work in the Base Performance driver-development simulator, Davidson is targeting a top 5 finish in Sunday’s race.

“We’re better prepared for Rockingham and there’s no reason why we can’t fight within the top five,” said Davidson.

“I recorded really fast lap times and Maxime [Martin] was up there within a few tenths of the quickest Pro during the test day at Rockingham, and everybody involved with Jetstream Motorsport are really motivated to push on and get the desired results.” 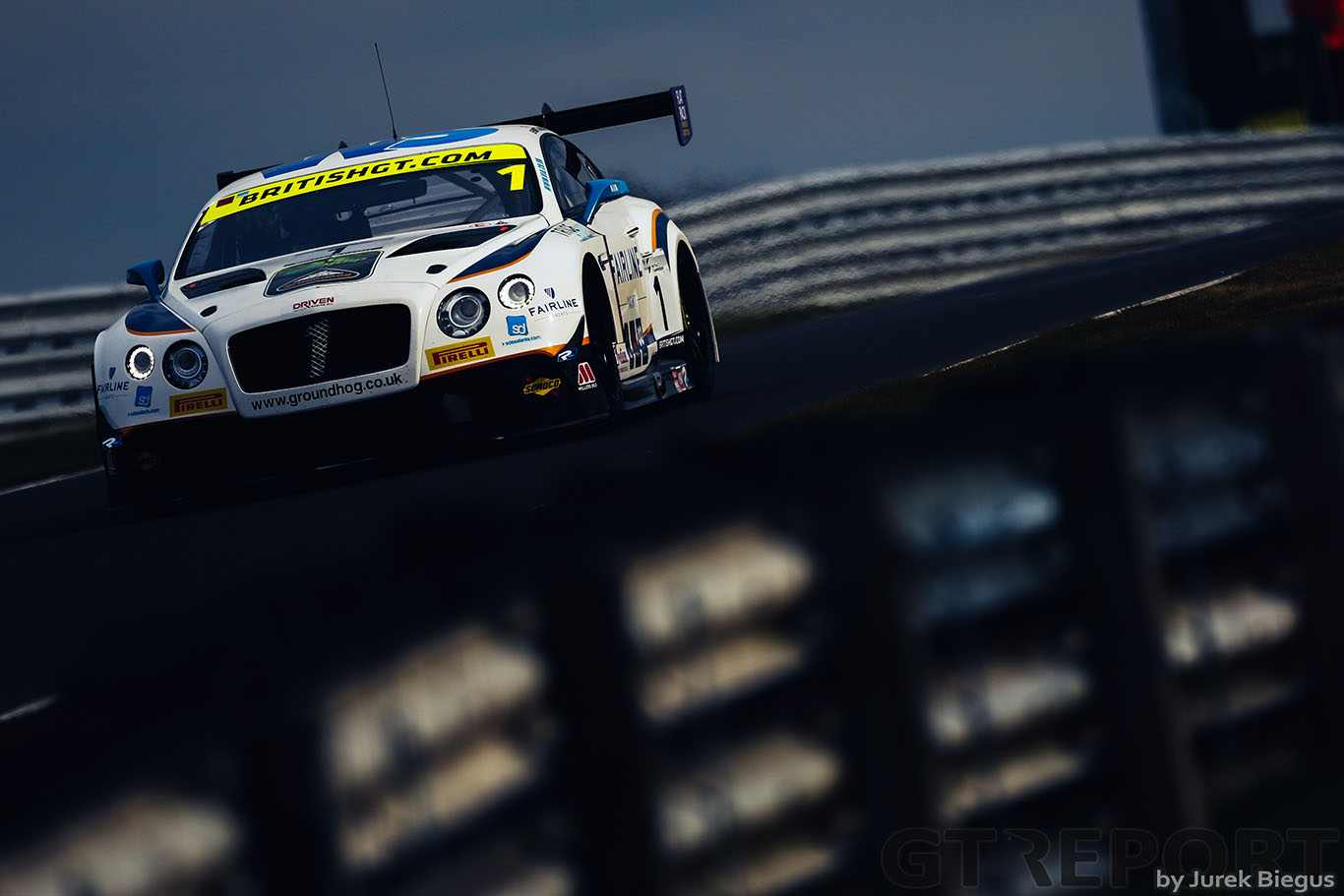 The Team Parker Racing Bentley Continental GT3s will be looking for a big improvement over their Oulton Park results. Rick Parfitt Jr. took his first victory of 2017 at Rockingham and will be keen to repeat that success with Ryan Ratcliffe whilst Ian Loggie and Callum Macleod will be looking to move up the drivers table from their current 6th place.

The Balfe Motorsport McLaren 650s GT3 of  Shaun Balfe and Rob Bell will be looking to improve on the opening races where mechanical difficulties scuppered their hopes whilst RJN Motorsport’s Devon Modell and Struan Moore will be looking to better their P12 finish at Oulton Park.

The race starts Sunday at 13:10 local time (14:10 CET) and runs for 2 hours. Full live streaming of the race will be available with details to follow. 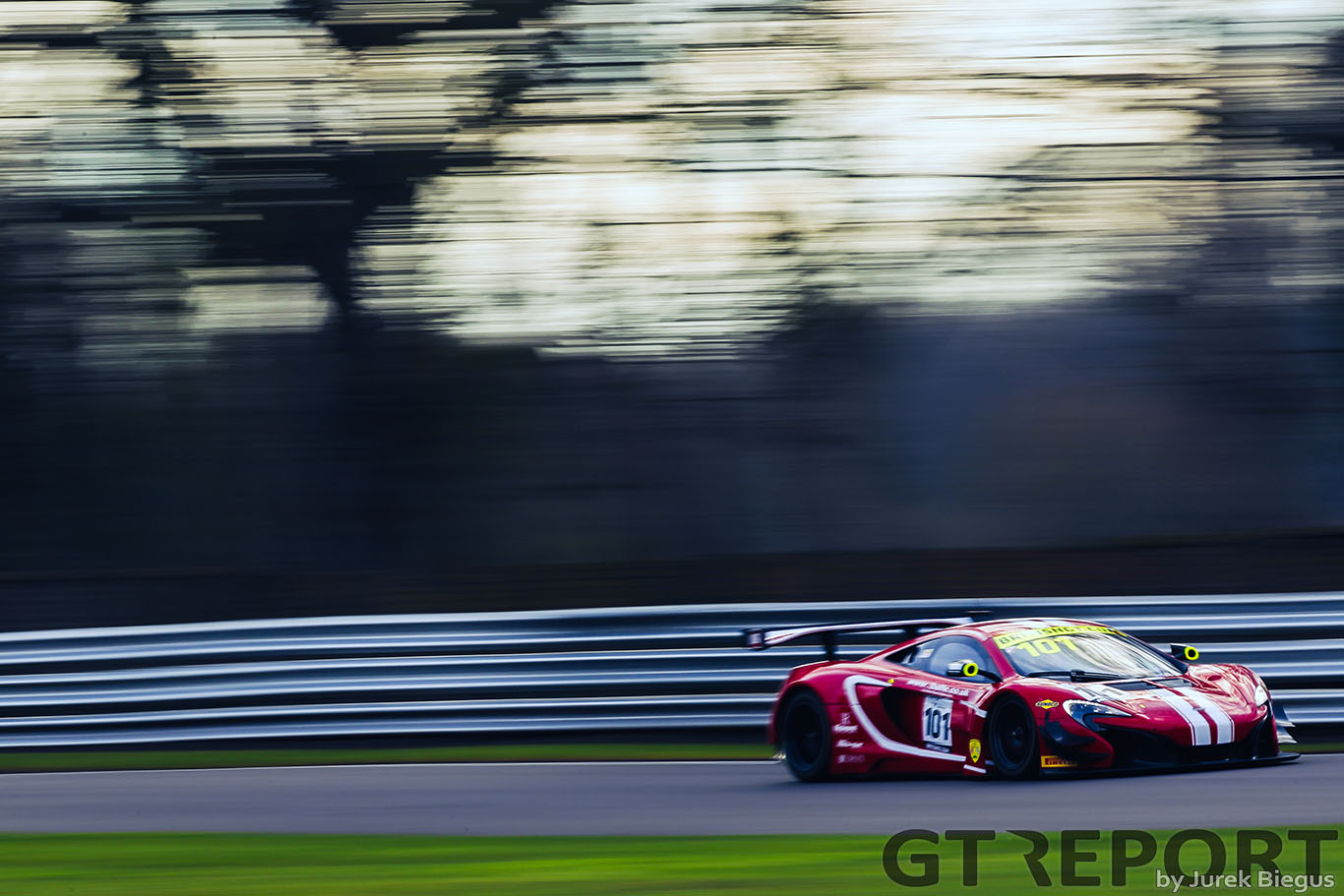 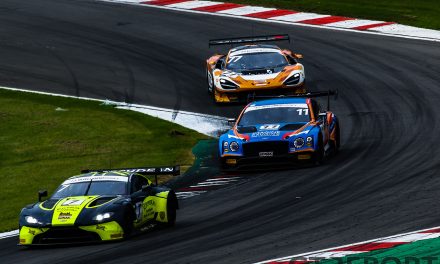 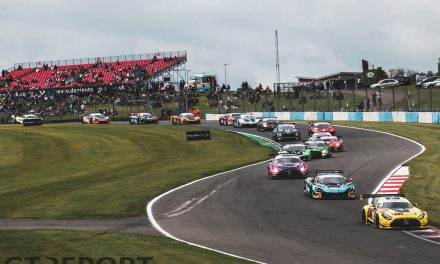 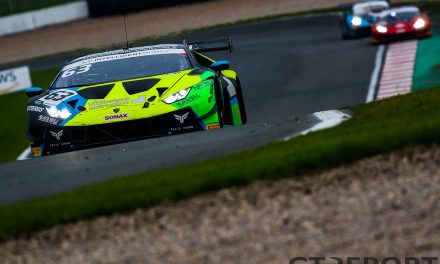