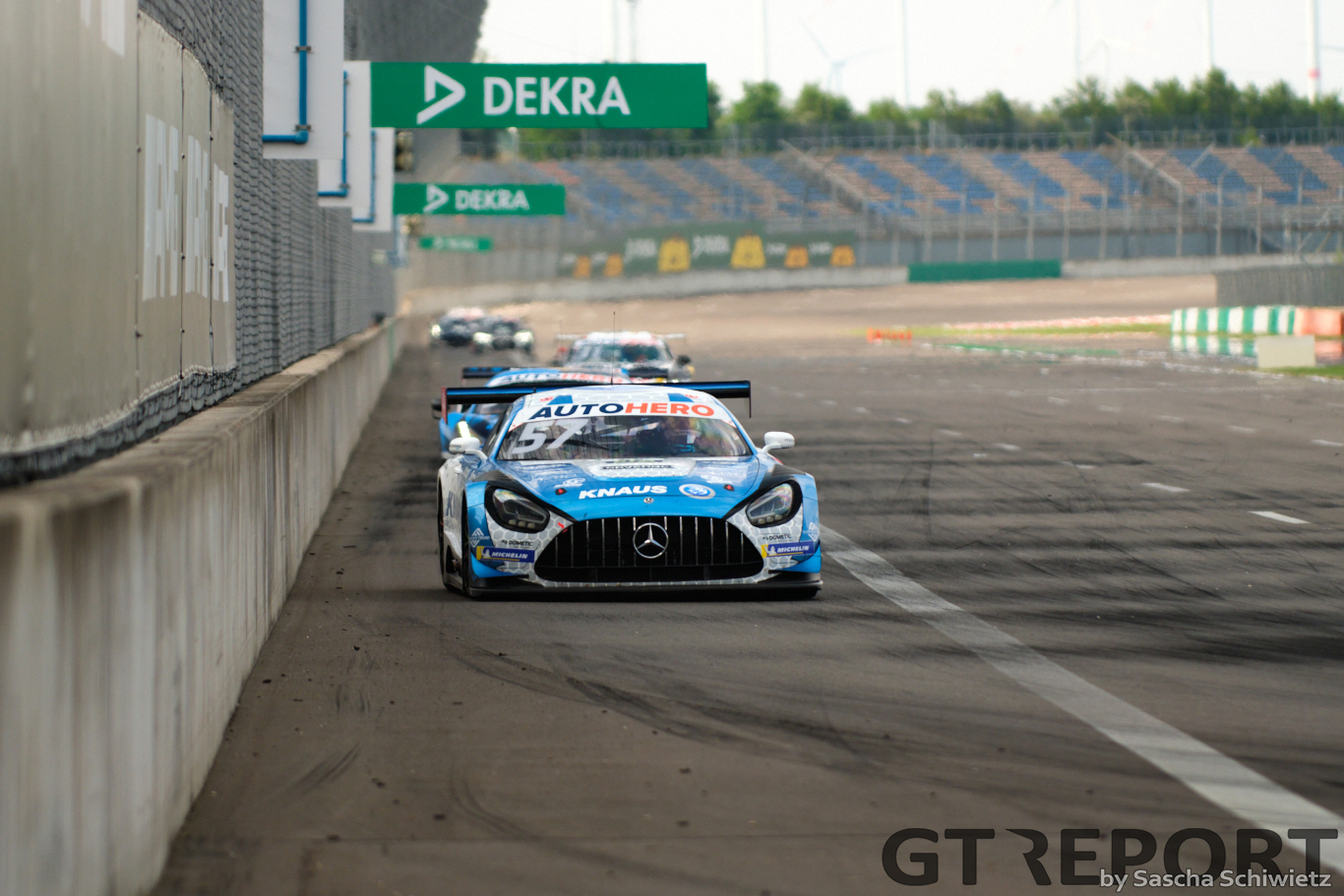 Philip Ellis scored a surprise first victory in the first DTM race at the Lausitzring. The multinational driver of the #57 Mercedes-AMG Team Winward Mercedes-AMG GT3 started from ninth place and made big moves during the start and restart followed by a daring overtake for the win in a direct battle with pole-sitter Sheldon van der Linde.

19 cars launched full throttle into the newly added highspeed, banked turn 1 with Sheldon van der Linde leading the field. Behind him, Kelvin van der Linde stuck close to his younger brother to hold on to second while Mike Rockenfeller followed in third place.

Monza race winner Liam Lawson lost a few places in the opening laps. Having started from fifth place, the New Zealander was attacked and passed by Timo Glock and Philip Ellis, the latter coming from ninth place on the grid. 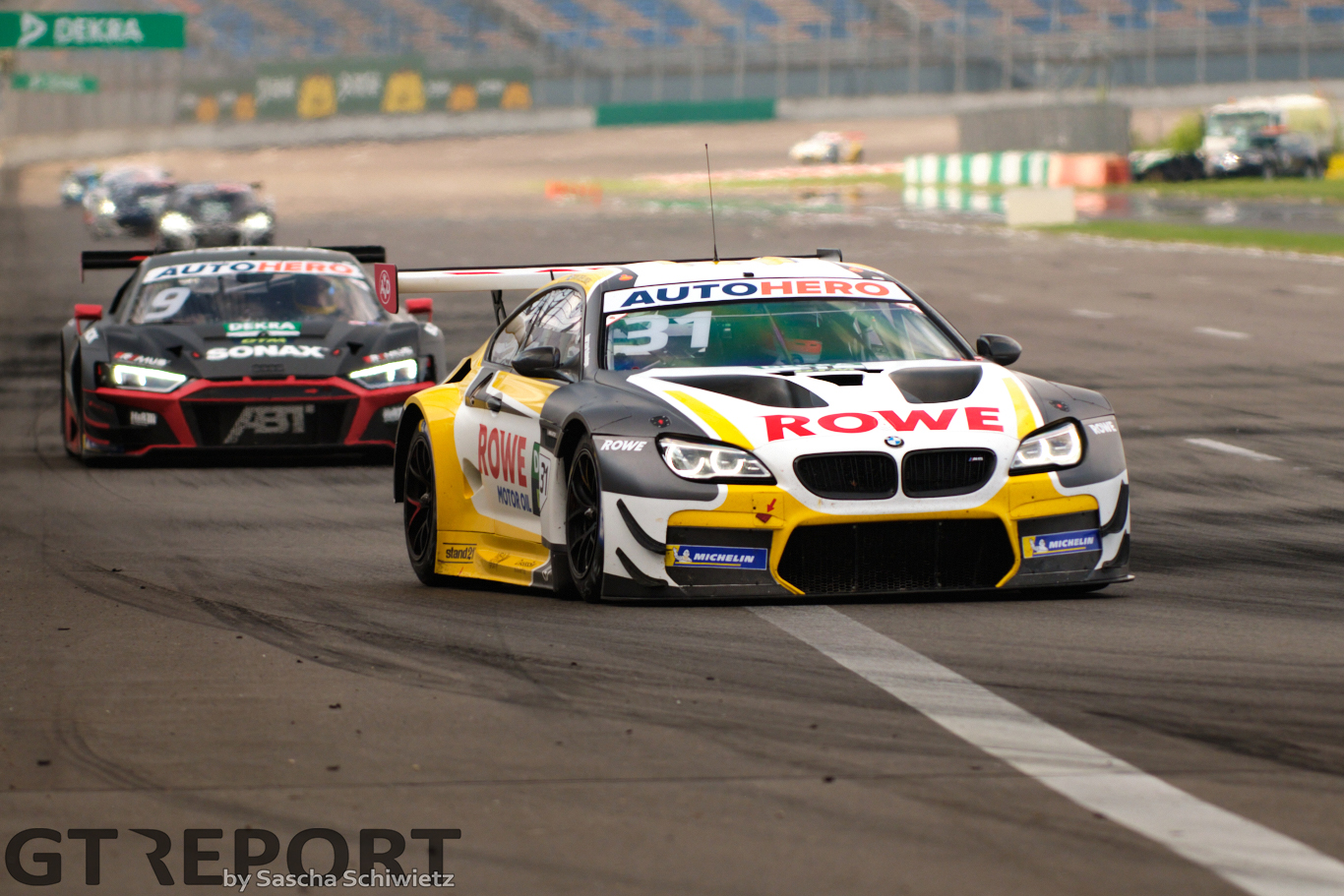 The first big accident of the weekend came on lap 3 when Esmee Hawkey lost control of her #26 T3 Motorsport Lamborghini Huracán GT3 in the middle of turn 1 and spun into the concrete wall – getting out of the car unhurt.

After the track was cleared, racing resumed with the Van der Linde brothers leading the race. At the waving of the green, Ellis set forth his march to the front, picking off Timo Glock, Esteban Muth, Mike Rockenfeller and Kelvin van der Linde in quick order.

An early round of pitstops handed the #57 Mercedes-AMG Team Winward Mercedes-AMG GT3 of Philip Ellis shortly the lead, but the Swiss driver saw the #31 Rowe Racing BMW M6 GT3 of Sheldon van der Linde slot back in front of him after his pitstop. 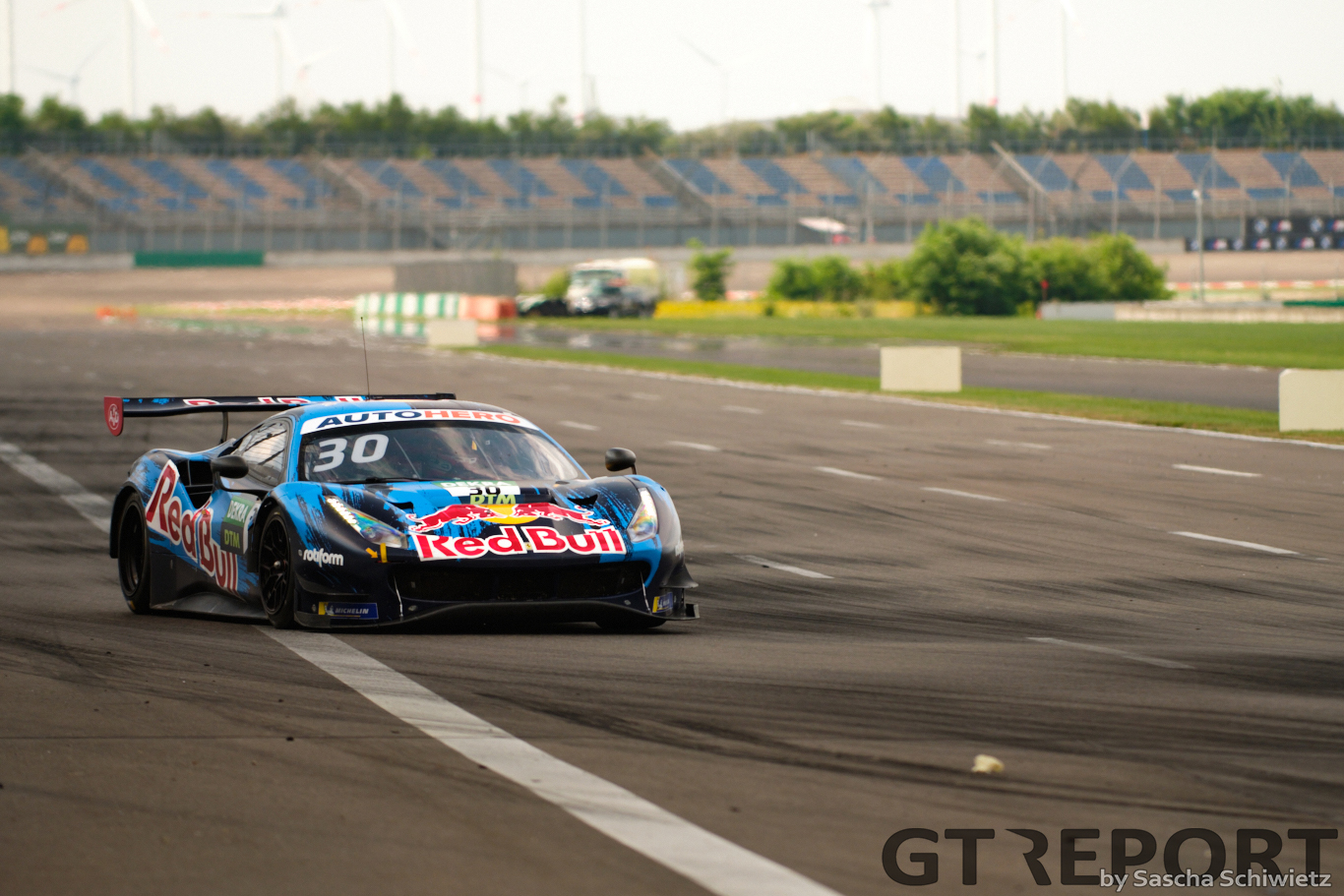 While Lawson got back up to third place amongst the early-stoppers, Kelvin van der Linde fell back three places. Trying to recover his lost positions, Abt Sportsline teammate Mike Rockenfeller was forced to defend from the fiercely attacking South African but managed to stand his ground.

With 19 minutes to go, Ellis made his long-awaited move for the win as he slipstreamed alongside the Rowe BMW of Van der Linde at the front straight and with a daring tight line into the banked turn 1 grabbed the position, followed by the #50 Red Bull AF Corse Ferrari 488 GT3 of Liam Lawson outbraking the BMW going into the third turn.

Things went from bad to worse for Sheldon van der Linde as he got slapped with a 5-second time penalty for a pitstop infringement. 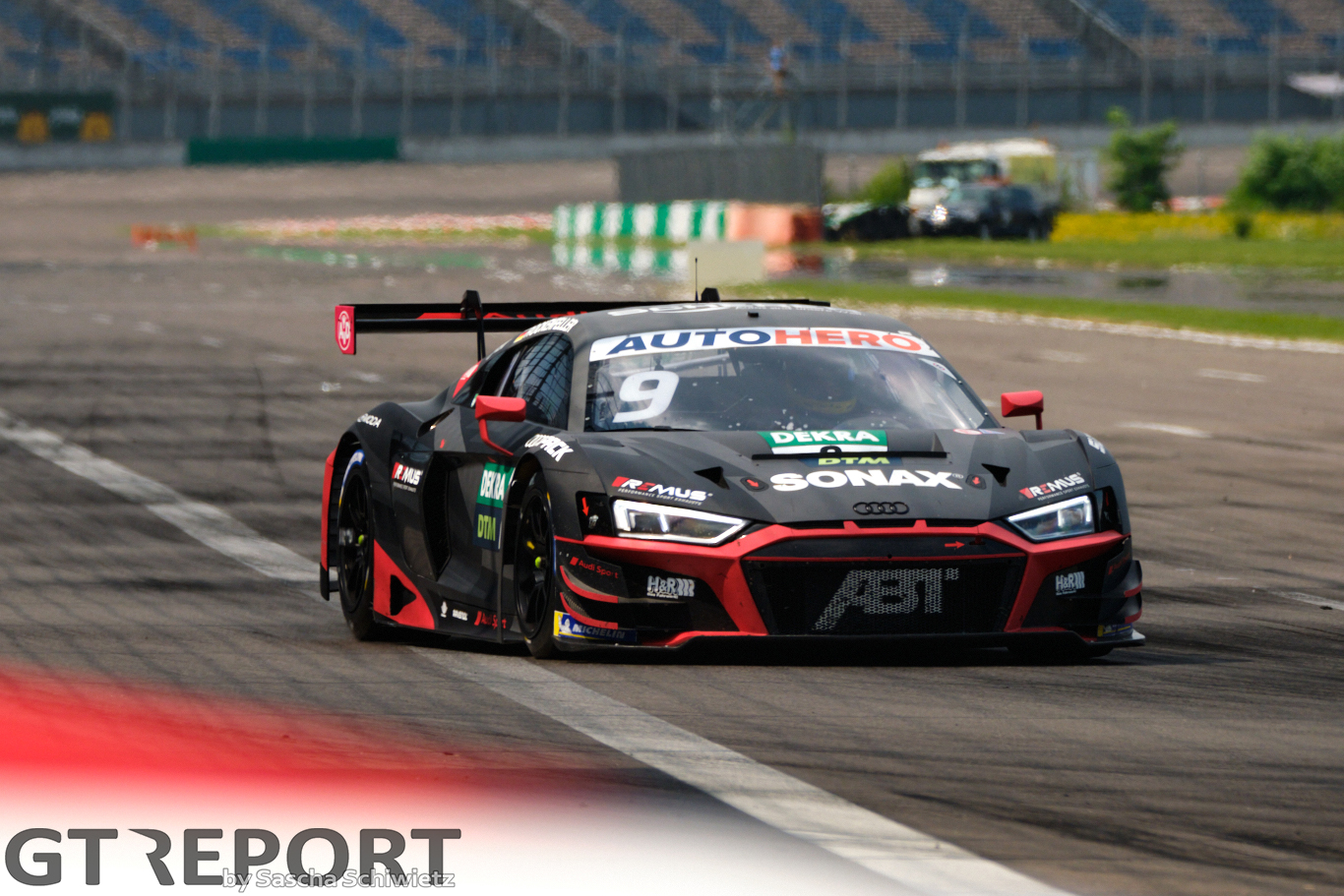 Stretching his stint until the very final lap, the #51 Team Rosberg Audi R8 LMS GT3 of Nico Müller – in thirteenth after the opening laps – lead the race in the middle part. Unable to capitalise on the clear track ahead of him, the Audi pilot returned on track after his pitstop in the same place he started his adventure.

Despite the Ferrari of Lawson filling Ellis’ mirrors, the British-German-Swiss driver kept his head cool and Lawson at bay in the final phase, taking the chequered flag for his first DTM victory.

Sheldon van der Linde crossed the line in third place, but his penalty dropped the South African back to ninth. The final step on the podium was inherited by the #9 Abt Sportsline Audi R8 LMS GT3 of Mike Rockenfeller while teammate Kelvin van der Linde claimed a close fourth place aboard the #5 sister car. 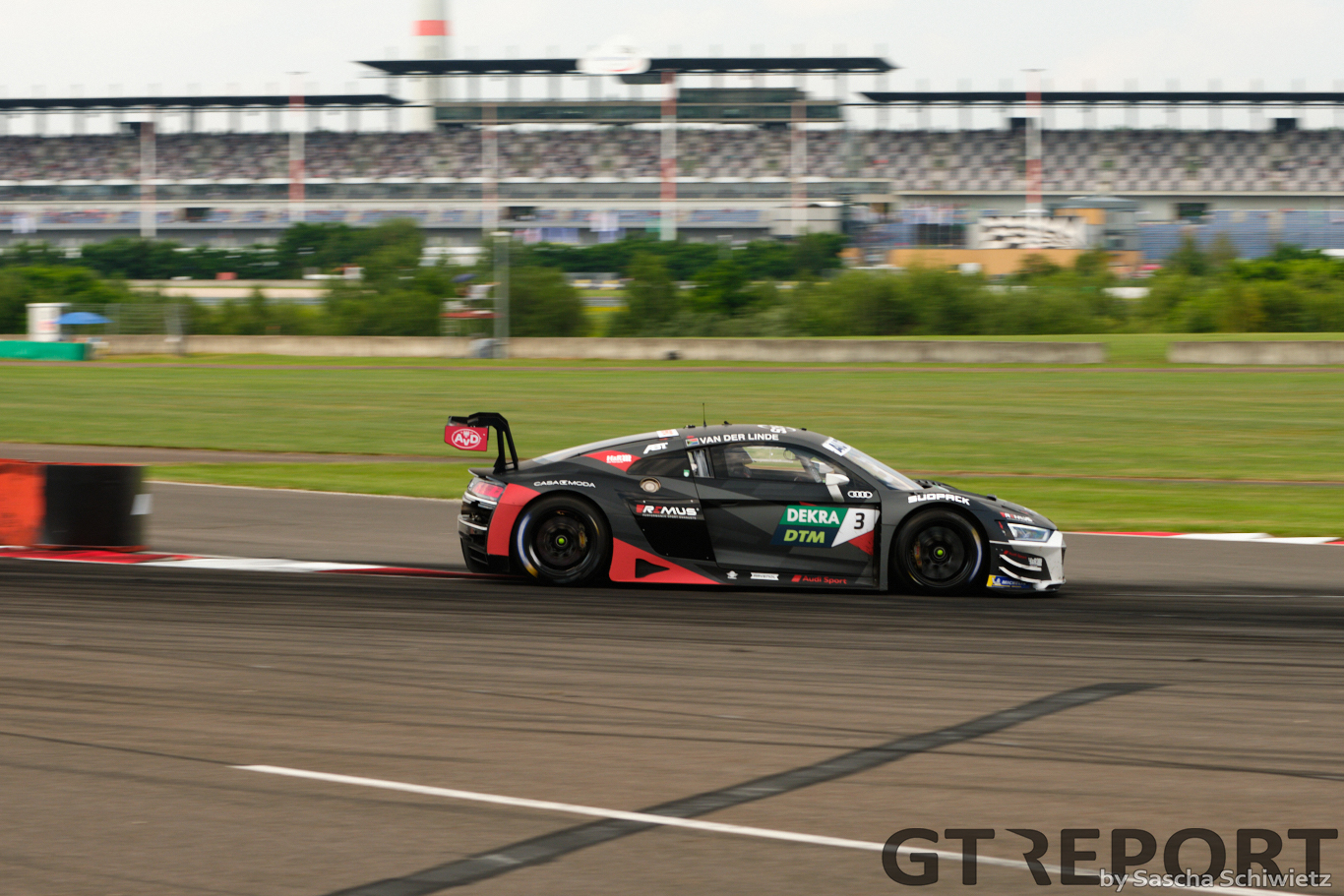 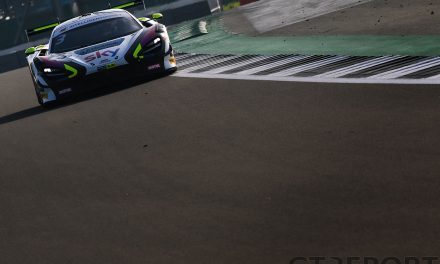