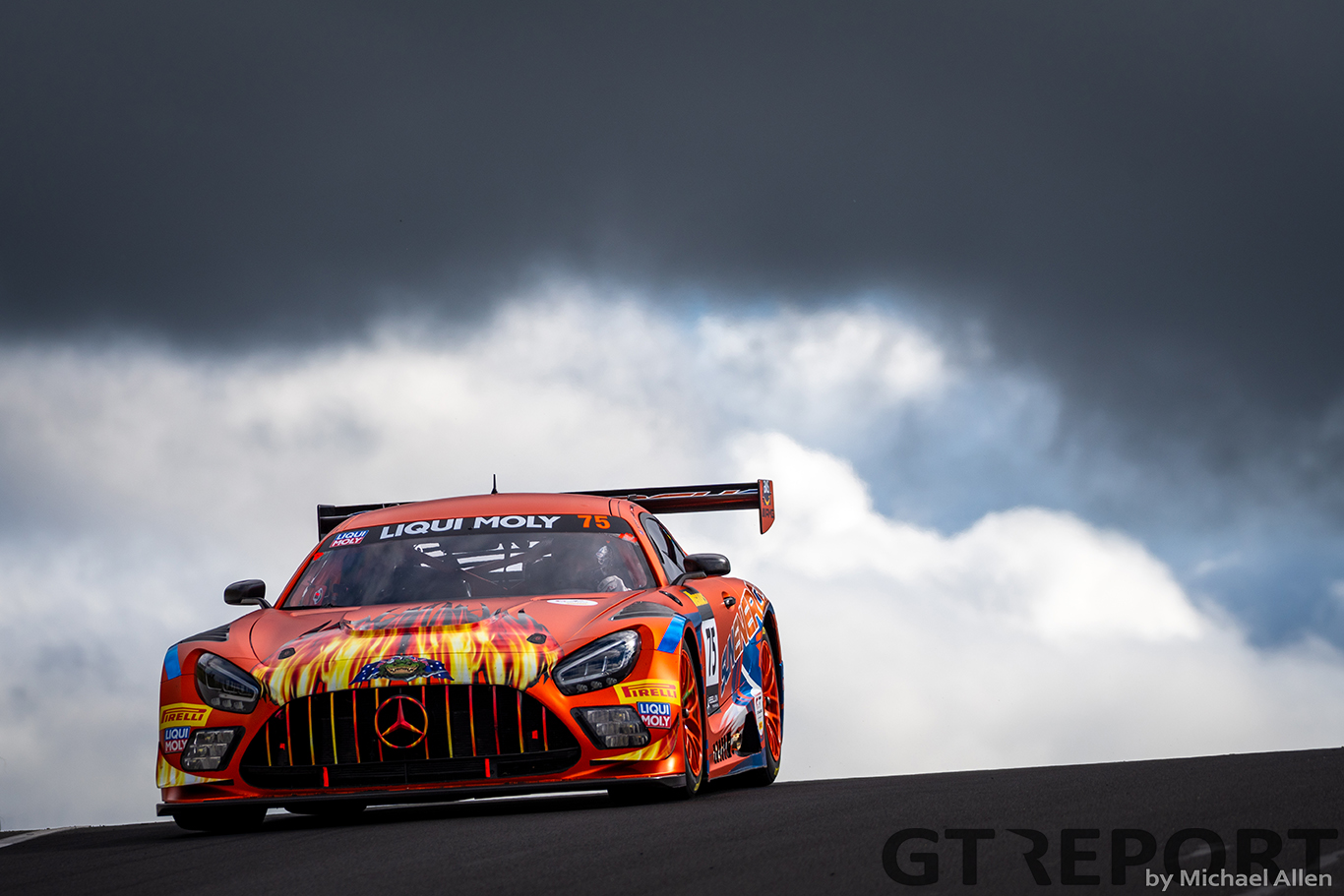 Until the first hours of the Liqui-Moly Bathurst 12 Hour the weekend had all been about Audi. By noon, however, Mercedes-AMG teams had regained their foothold and were leading at halfway. In the fight for the win between Mercedes-AMG Team Craft-Bamboo Racing and SunEnergy1 Racing, different pitstop strategies put the #75 SunEnergy1 Racing in first place to bring Jules Gounon, Kenny Habul, Luca Stolz and Martin Konrad the victory – withstanding a push by Craft-Bamboo Racing pilot Maro Engel to unseat Gounon from the lead in the final two hours.

Midday arrived with Kelvin van der Linde unleashed in the #74 Audi Sport Team Valvoline Audi R8 LMS GT3. Setting the fastest lap of the race on the drying track, the South African had paced himself into the lead to keep hope for Audi alive. A wrench was thrown into the works when at the end of his stint the team was slapped with a 2-minute penalty for exceeding the mandatory driving time of Brad Schumacher. Adding to the frustration: the radio didn’t work, adding extra seconds while a confused Van der Linde tried to get out of the car and then got back in to properly serve the penalty. 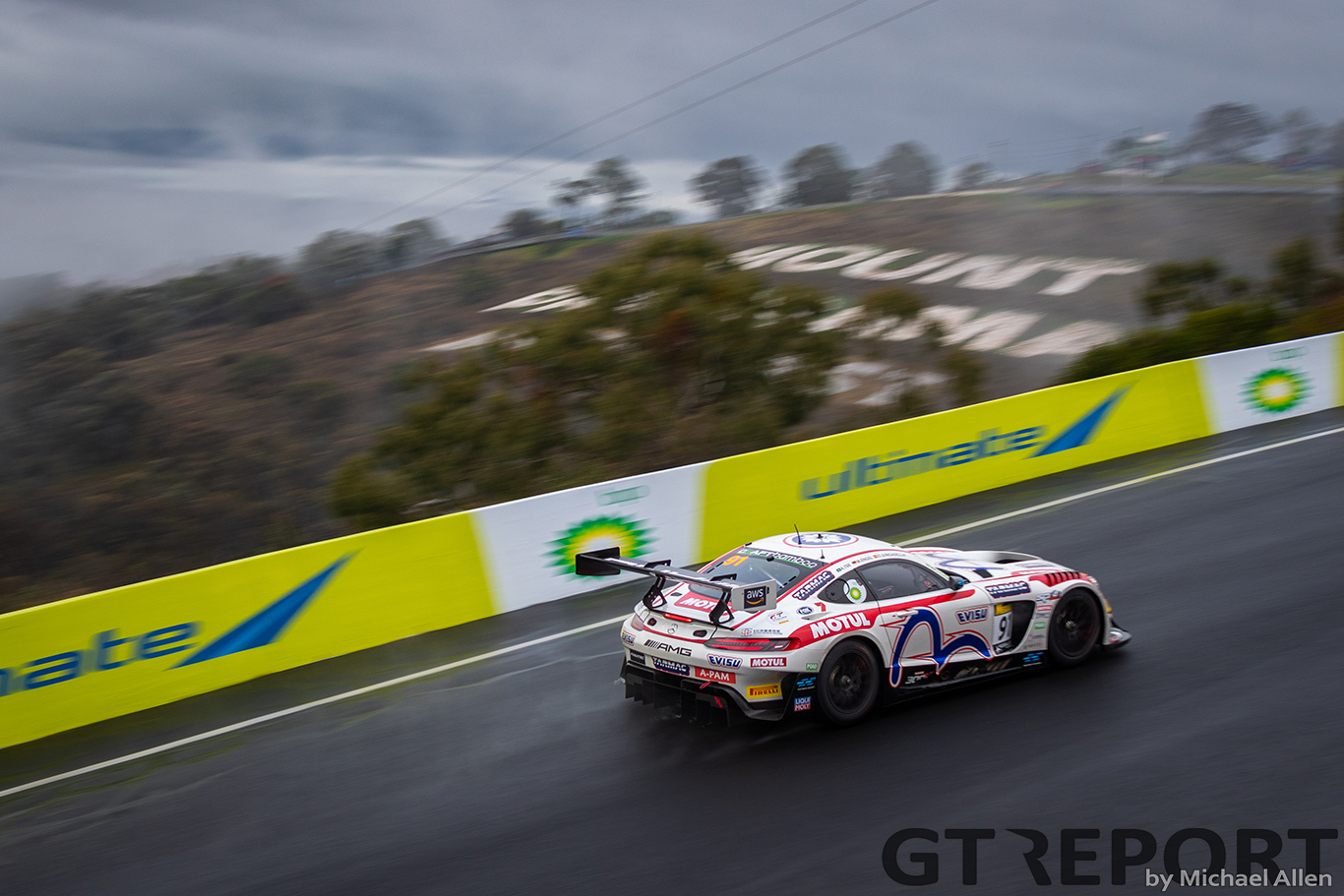 Rain picked up again when Nathanaël Berthon left the pits aboard the #74 Audi, one lap down but still in with a longshot for the win in fourth place. Up on the mountain, the changing circumstances surprised Michael Sheargold as he slid into the wall, triggering the next full course caution after a long green stint. Minutes later the only Porsche 991.2 GT3R in the field, run by Grove Racing, underscored how incredibly slippery the tarmac had become by crashing out of the race despite Stephen Grove cautiously cruising through the Skyline section.

Making the most of the situation, the #75 SunEnergy1 Racing Mercedes-AMG GT3 took to the pits from the lead for a ‘free’ stop – keeping the lead while the field slowed down for the safety car.

With three hours to go, Mercedes-AMG held strong at the head of the field occupying all podium positions: Luca Stolz was leading aboard the #75 SunEnergy1 Racing, Daniel Juncadella in the #91 Mercedes-AMG Team Craft-Bamboo in second, and the #888 Mercedes-AMG Team Triple Eight Race Engineering with Broc Feeney running in third. 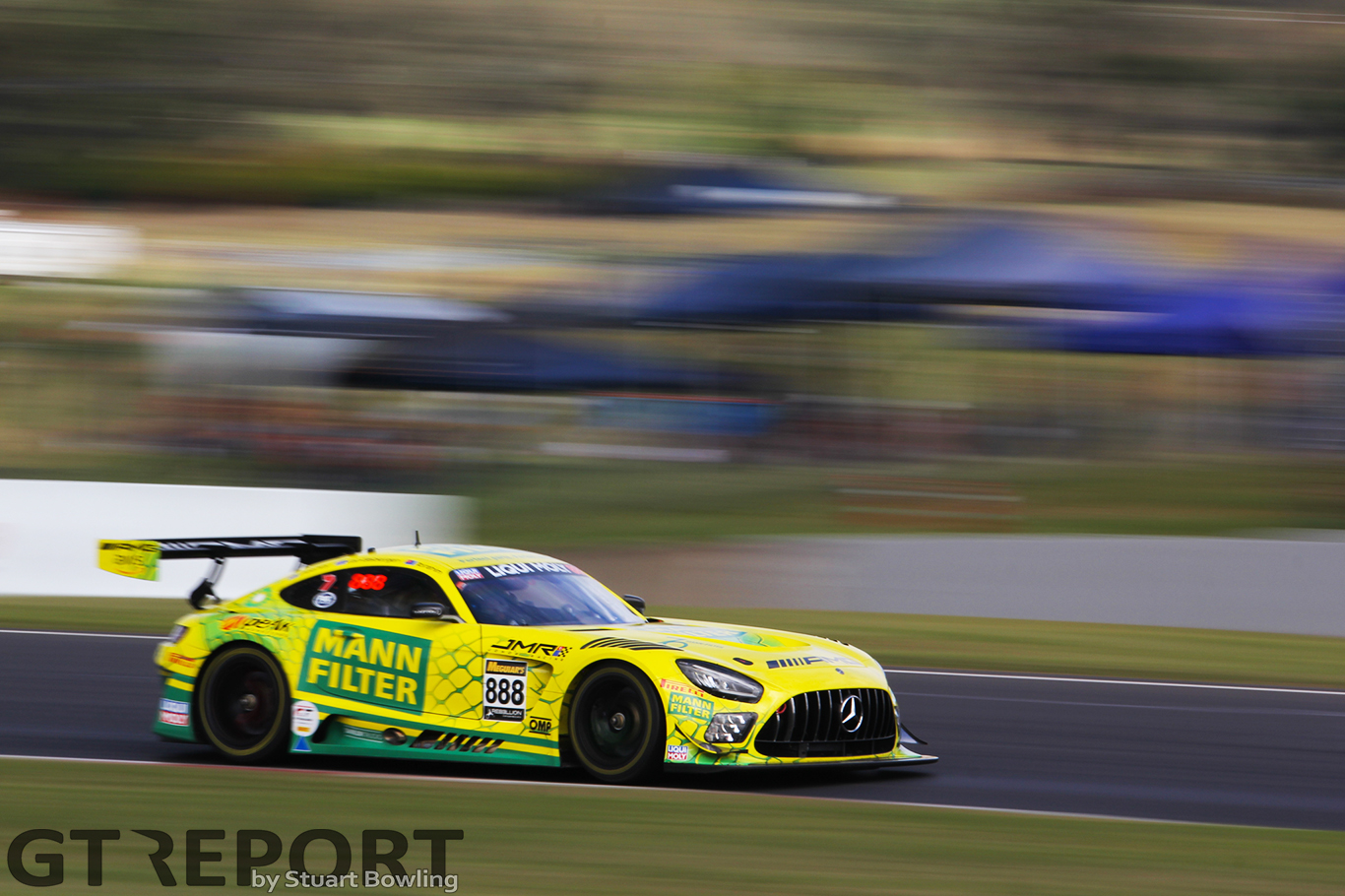 Despite the penalty, Berton’s #74 Audi ran in fourth place albeit one lap down.

The race slowly began to settle as the Am drivers had taken their mandatory turns at the wheel and the Pros got aboard for go-time. Big differences in performance between drivers minimised and positions became largely static. Jules Gounon, in the SunEnergy1 Racing Mercedes-AMG for the final two hours, was chased down by Maro Engel who had taken charge of the Craft-Bamboo Mercedes-AMG for the finale but with the gap never diminishing to anything the German could use to launch an attack, SunEnergy1 Racing took the chequered flag in victory with an advantage of 8.707 seconds after 291 laps.

While it was a maiden win for SunEnergy1 Racing and drivers Kenny Habul, Martin Konrad and Luca Stolz, for Gounon it was his second straight win having also claimed the crown in the previous edition in 2020, then with the Bentley team. 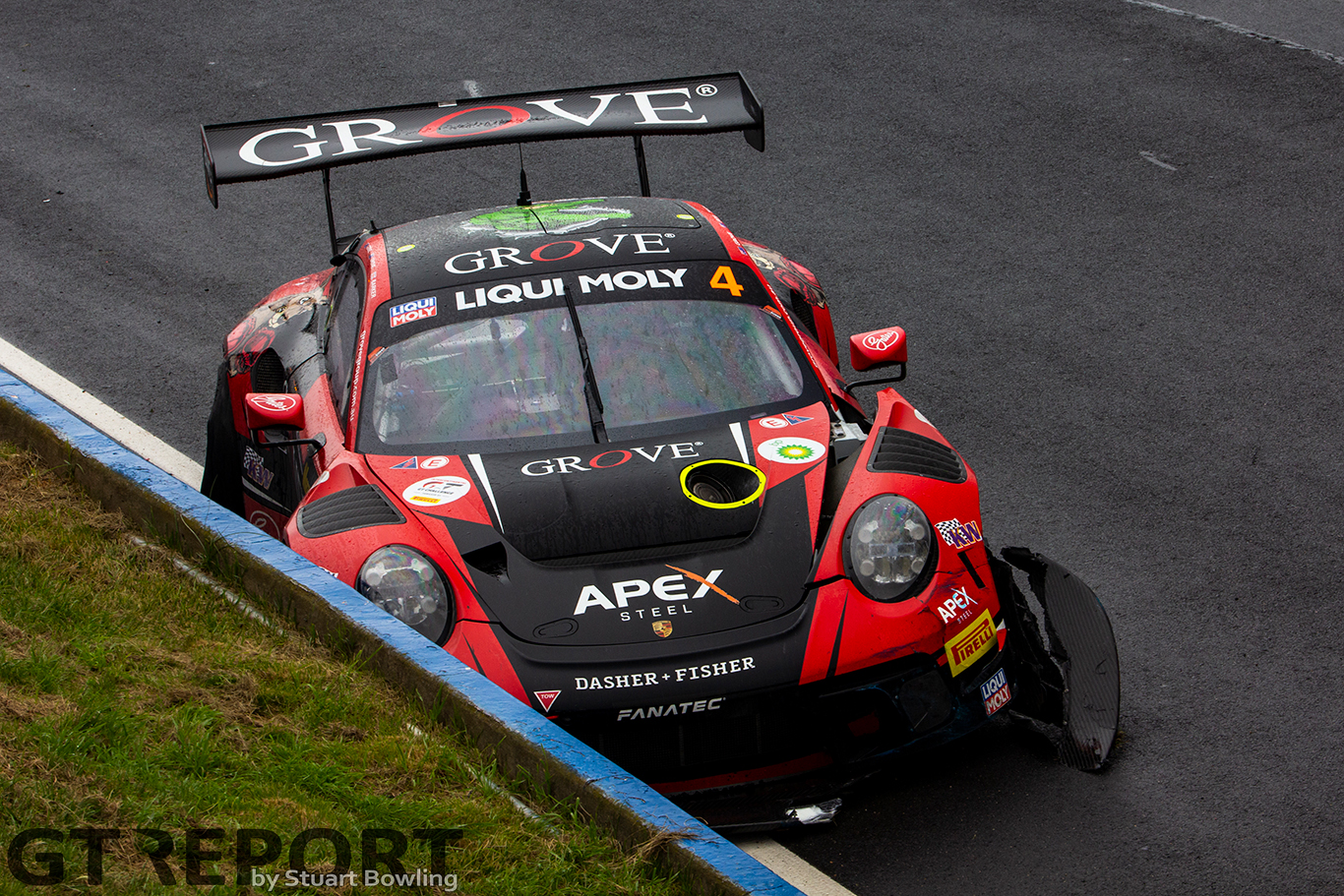 There wouldn’t be a fairly-tale ending to Mercedes-AMG Team Craft Bamboo Racing’s blazing first half of the race when the last-row starters – due to an engine change on qualifying day – shot through the field and into the lead at the mid-race point. Coming up just short against their Mercedes compatriots, Daniel Juncadella, Maro Engel and Kevin Tse finished a close second.

Completing the first single-manufacturer podium since 2009 was the #888 Mercedes-AMG Team Triple Eight Race Engineering of Jefri Ibrahim, Broc Feeney and Shane van Gisbergen. Always with an eye on the win but never with one hand on the trophy, the Australian team finished 1m35s behind the leader and a lap ahead of the fourth-placed #74 Audi Sport Team Valvoline Audi R8 LMS GT3 (Brad Schumacher/Kelvin van der Linde/Nathanaël Berthon) – the first of the Audis.

Wall Racing scored the best-ever result for a Lamborghini with fifth place. Tony D’Alberto, Grant Denyer, David Wall and Adrian Deitz constantly ran in the top 10 with D’Alberto even challenging the top teams during his stints. 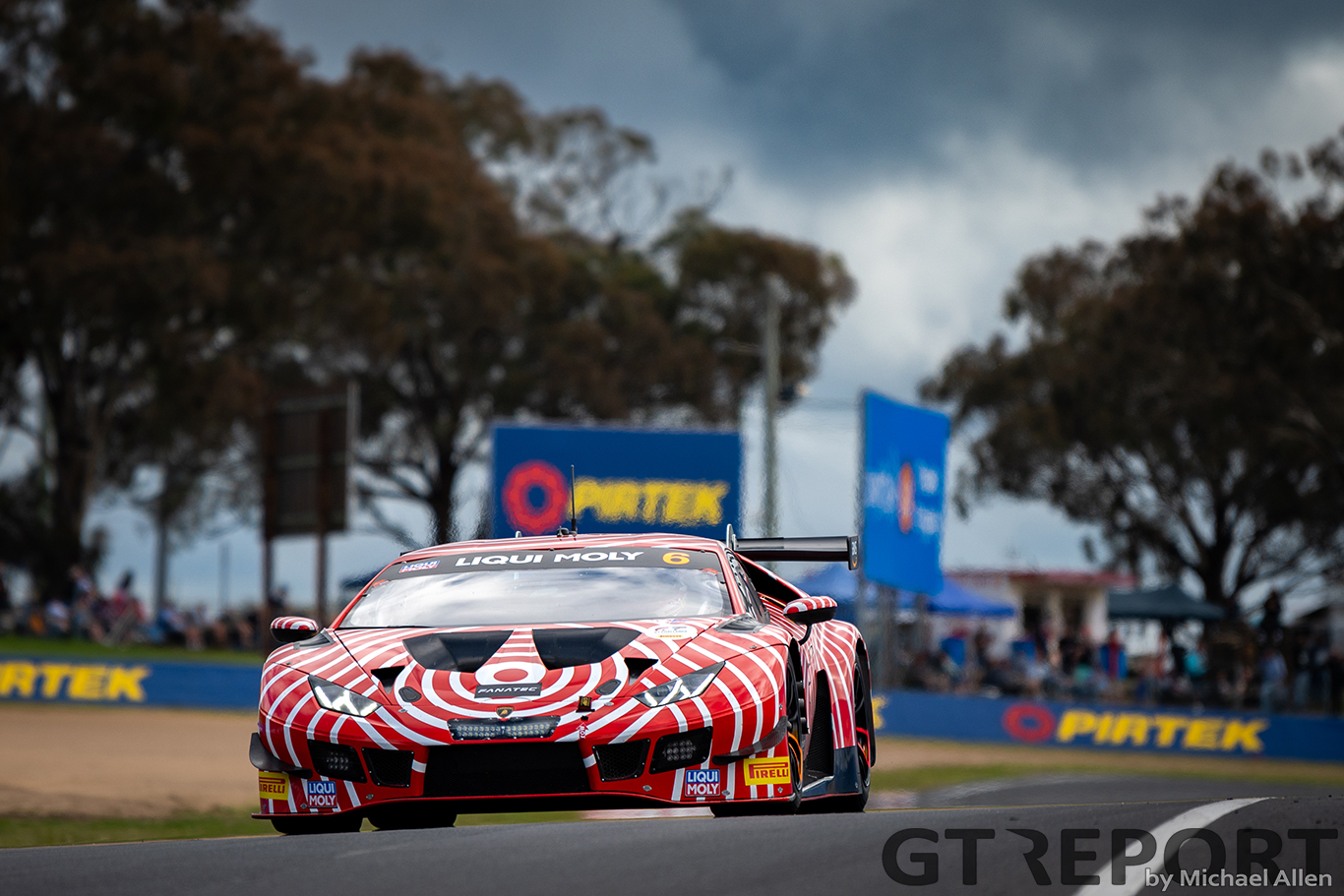 None of the three entries in the Invitational class made it to the finish.

The Bathurst 12 Hours returns to its traditional February spot in 2023 and is expected to feature the return of a large grid and all-Pro, international line-ups. 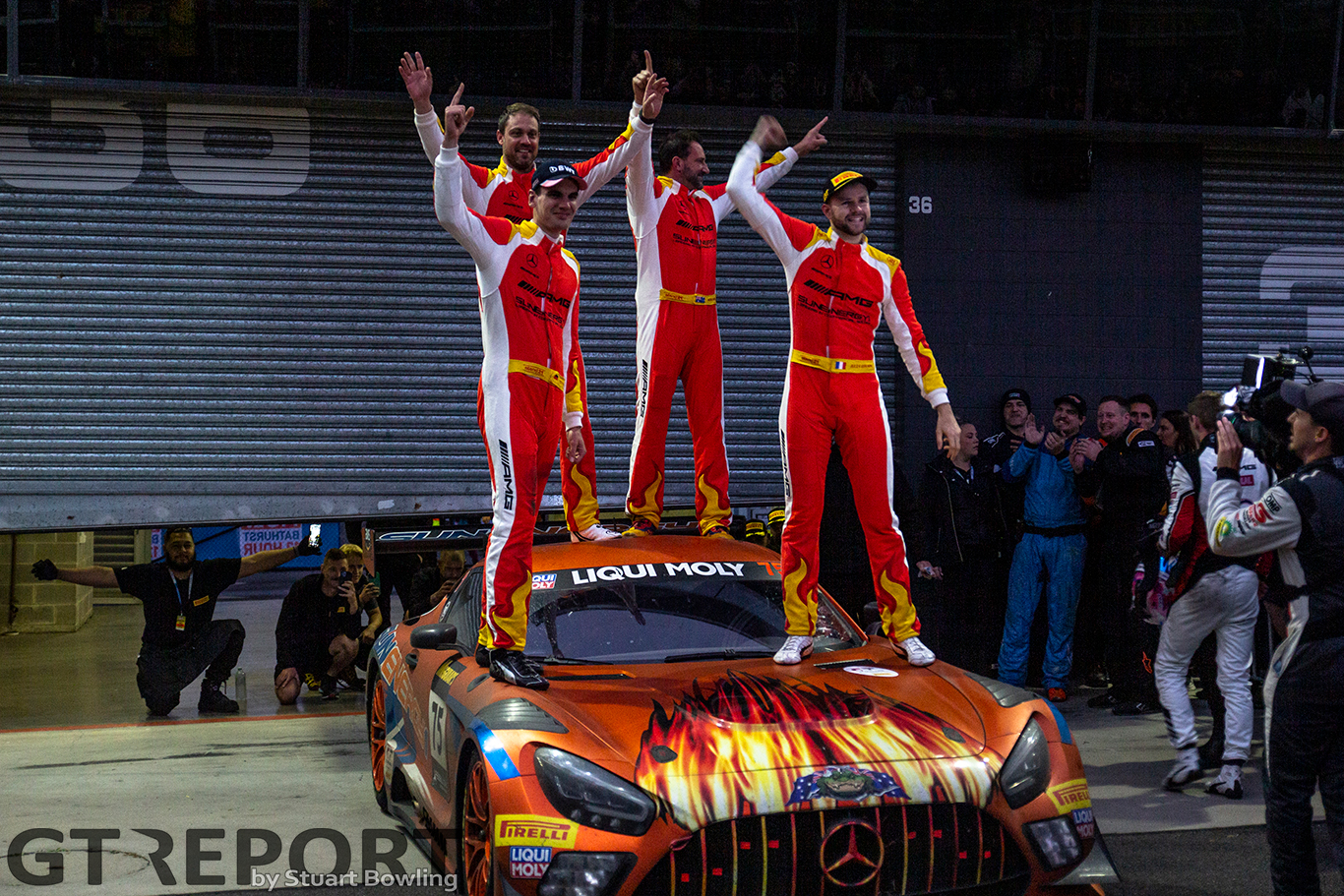 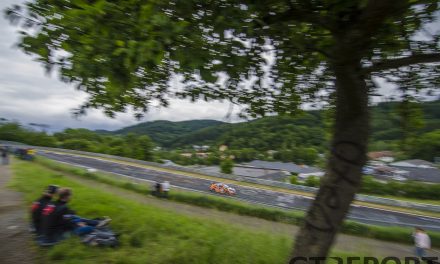 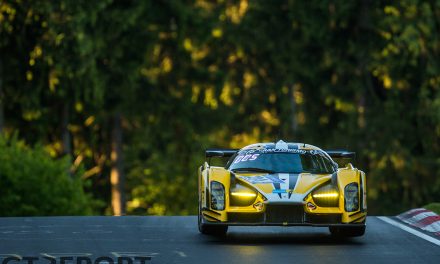