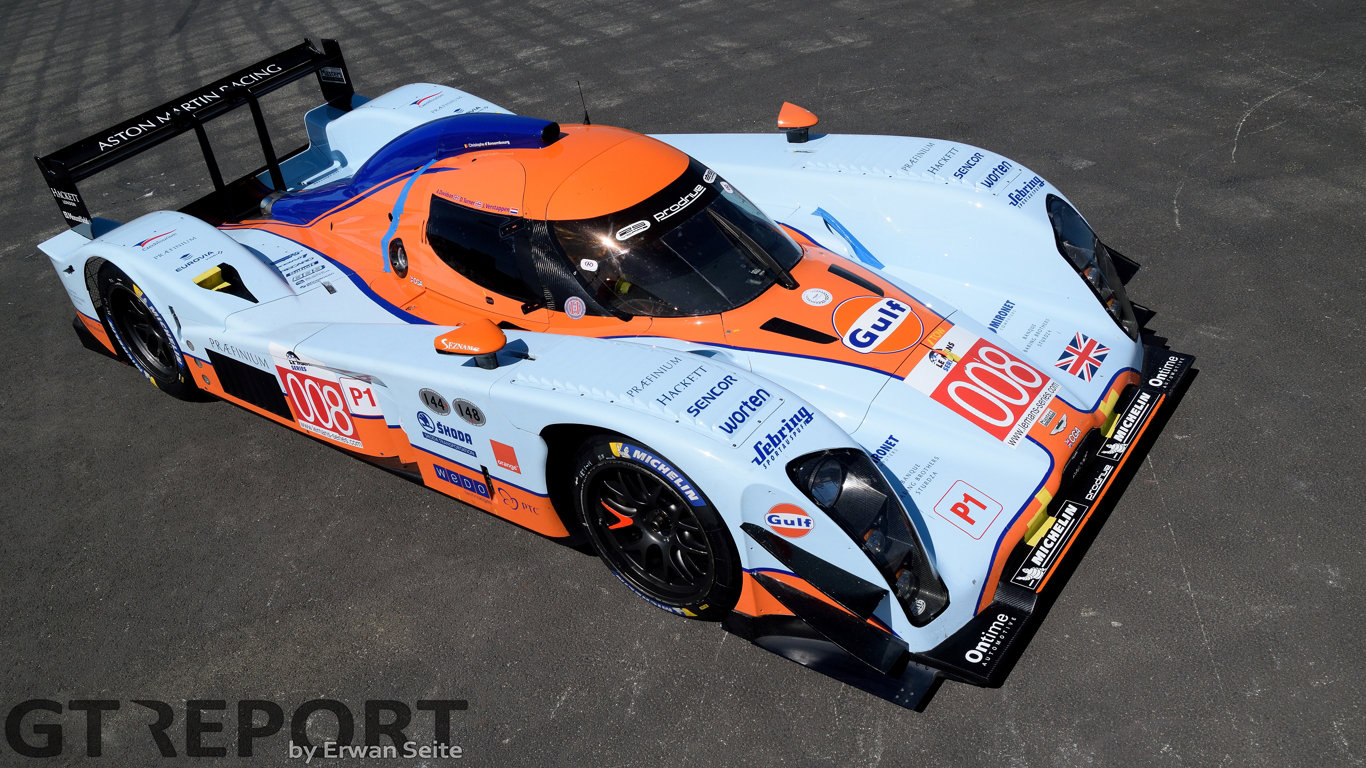 Fifty years after the legendary Aston Martin DBR1 lit up the 24 Hours of Le Mans, Aston Martin was back at the Grand Prix d’Endurance in 2009 at the top level of sports car racing. In a tribute to its 1950s success in the French classic, the Brits dubbed their new car the ‘DBR1-2’, evoking explicitly memories of the glorious DBR1 and itself leaving a legacy that ten years on still warms the hearts of fans.

Aston Martin Racing was not starting from a blank page in the Le Mans prototype 1 class. In fact, the DBR1-2 was an evolution of the already successful, Aston Martin DBR9 6-litre V12-powered Lola B08/60 raced in 2008 by Charouz Racing System. The only major change for the Lola and Prodrive-designed DBR1-2 – or Lola-Aston Martin B09/60 – was the restyling of the Lola car to fit with Aston Martin’s road cars’ looks and the addition of the historic Gulf livery.

The British prototype saw action for two years by the factory team along with the French team Signature Plus in 2010. Furthermore, Muscle Milk Cytosport in the USA and Kronos Racing at Le Mans continued to run the cars in 2011. Aston Martin Racing surprisingly brought back the DBR1-2 for one last farewell tour at the end of 2011 after its ill-fated AMR-One project came to a premature end. 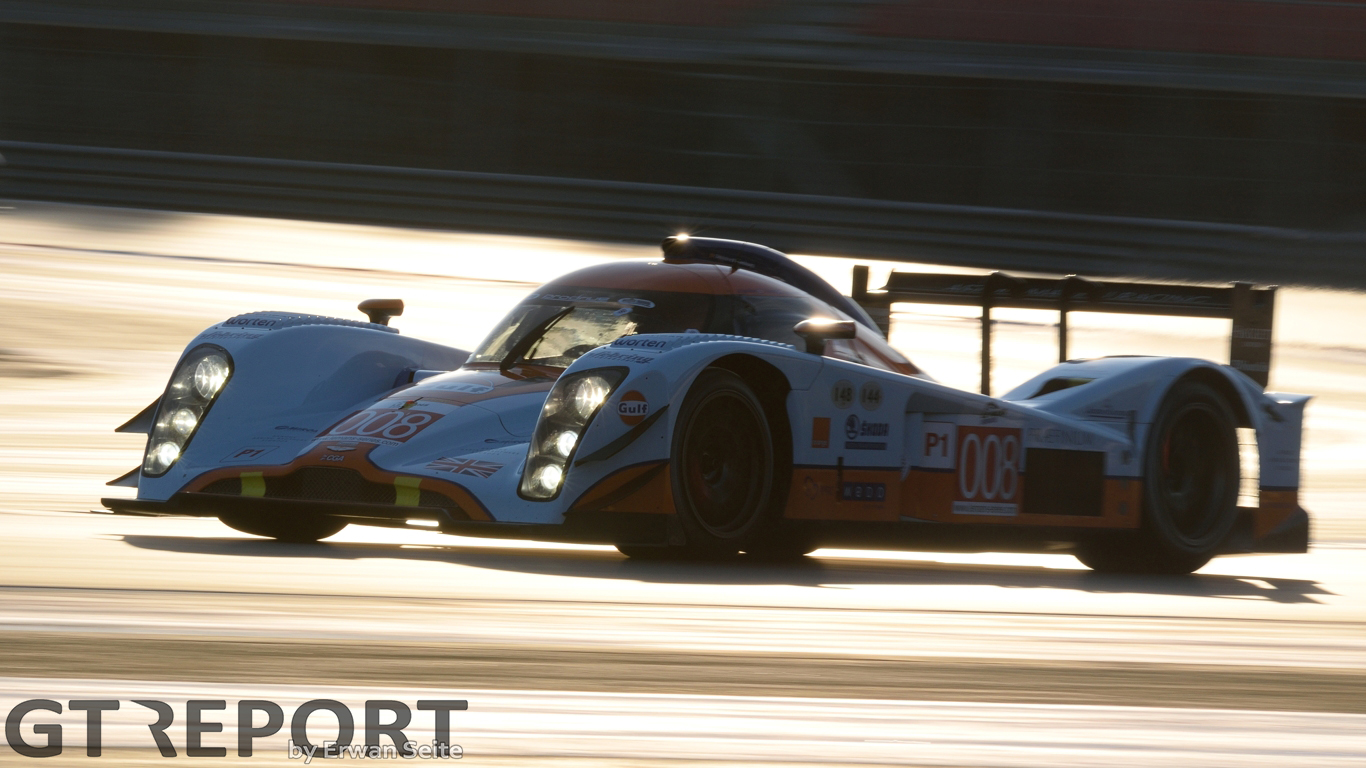 Going up against the mighty diesels of Peugeot and Audi, the DBR1-2 sadly never reached its initial goal of victory in the French classic, with a best 4th place in 2009. However, it has seen a very successful tenure in the Le Mans Series and American Le Mans Series, winning several races en route to the 2009 Le Mans Series championship.

Despite not being the giant killer it was hoped to be, the DBR1-2 will surely remain as one of the favourites of Le Mans lovers, fans and participants alike having not forgotten its screaming V12 and distinctive looks – with many arguing this is what LMP1 should be about.

Ten years after its first appearance at Le Mans, the car in its 008 skin from the 2009 24 Hours of Le Mans can be seen in historic races. Christophe D’Ansembourg owns and runs the Lola-Aston Martin in the Master Endurance Legends series, keeping the memories alive. We met DBR1-2 chassis B0860-HU02 at Paul Ricard where we listened to the fantastic melody of its V12 all around the Mediterranean circuit. 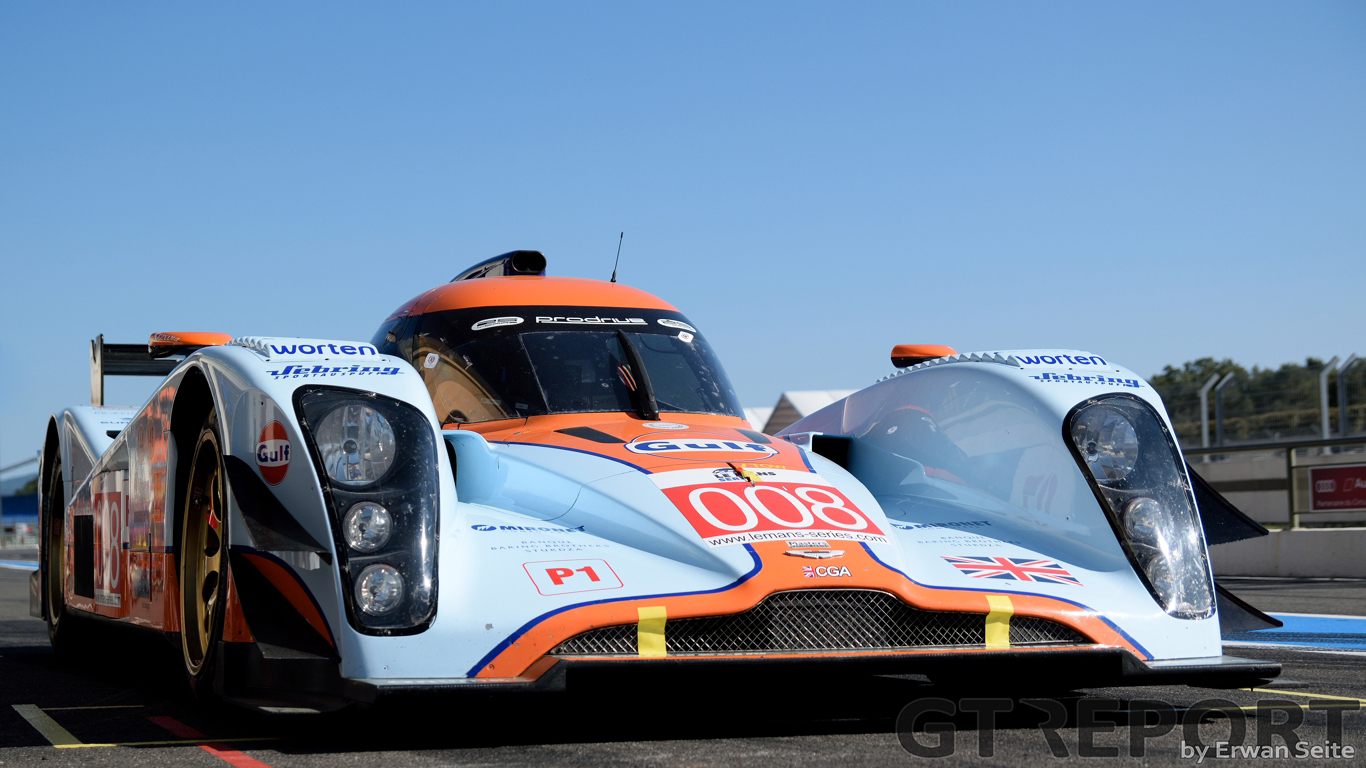 It’s the car that set the 9th time in qualifying and finished 13th in 2009 at Le Mans with Darren Turner, Anthony Davidson and Jos Verstappen at the wheel, before finishing the season in the hands of Miguel Ramos, Stuart Hall and Chris Buncombe. The best result of this chassis is a 3rd place at the Nürburgring 1000km where Aston Martin Racing took a remarkable 1-2-3 victory.

The sound of the Aston takes me back to one of my earliest memories – and what actually triggered me to start karting.
Chris Buncombe

With a handful of LMP2 races in 2007 under his belt – including a class win at Le Mans – Chris Buncombe jumped into the DBR1-2 in the summer of 2009 for his first campaign in the LMP1 top class.

Ten  years on, the sports car veteran remembers his time with the car fervently. “What stands out forever,” Buncombe passionately recalls, “is the screaming V12 engine. It was amazing outside of the car, but inside as well, just a glorious sound. 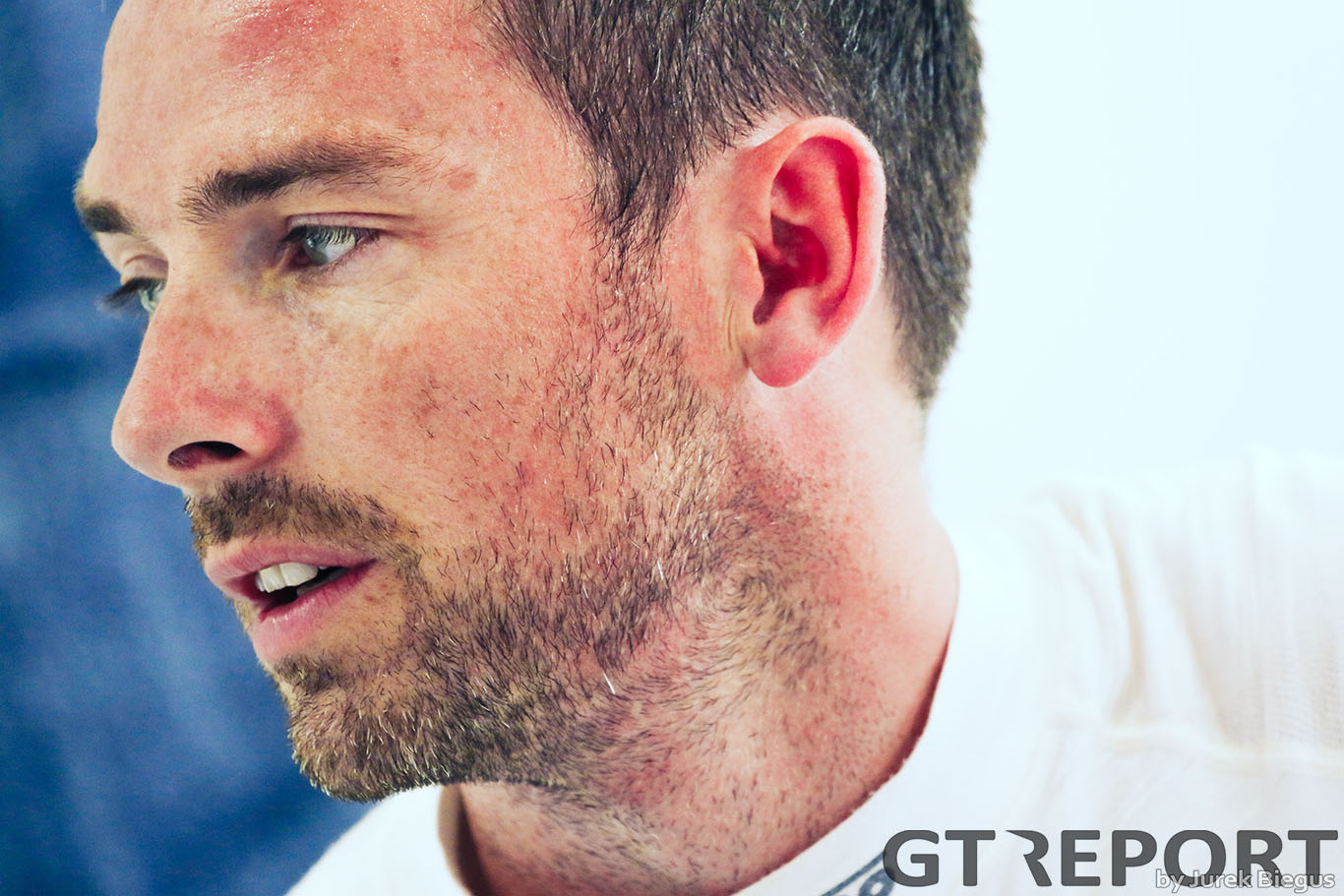 “It’s actually surprisingly easy to drive, very driver friendly as well. It was my first step from an LMP2 car into LMP1 and in many ways it was easier to drive than the LMP2 from that era. Especially the drivability of the car and how user-friendly it was stands out. I didn’t do a huge amount of testing, but adapting from an LMP2 to the Aston Martin, although it’s faster than anything else, it was a very driver-friendly car.

“The high-speed aero, it’s fantastic in the car. That was probably the biggest difference coming from that era’s LMP2 to the LMP1. We did a test at Snetterton and you could probably say it’s a bit of a beast and handful around such a track – the old high-speed ‘Snet’. Turn 1 and Coram I remember being awesome in the car with the aero.” 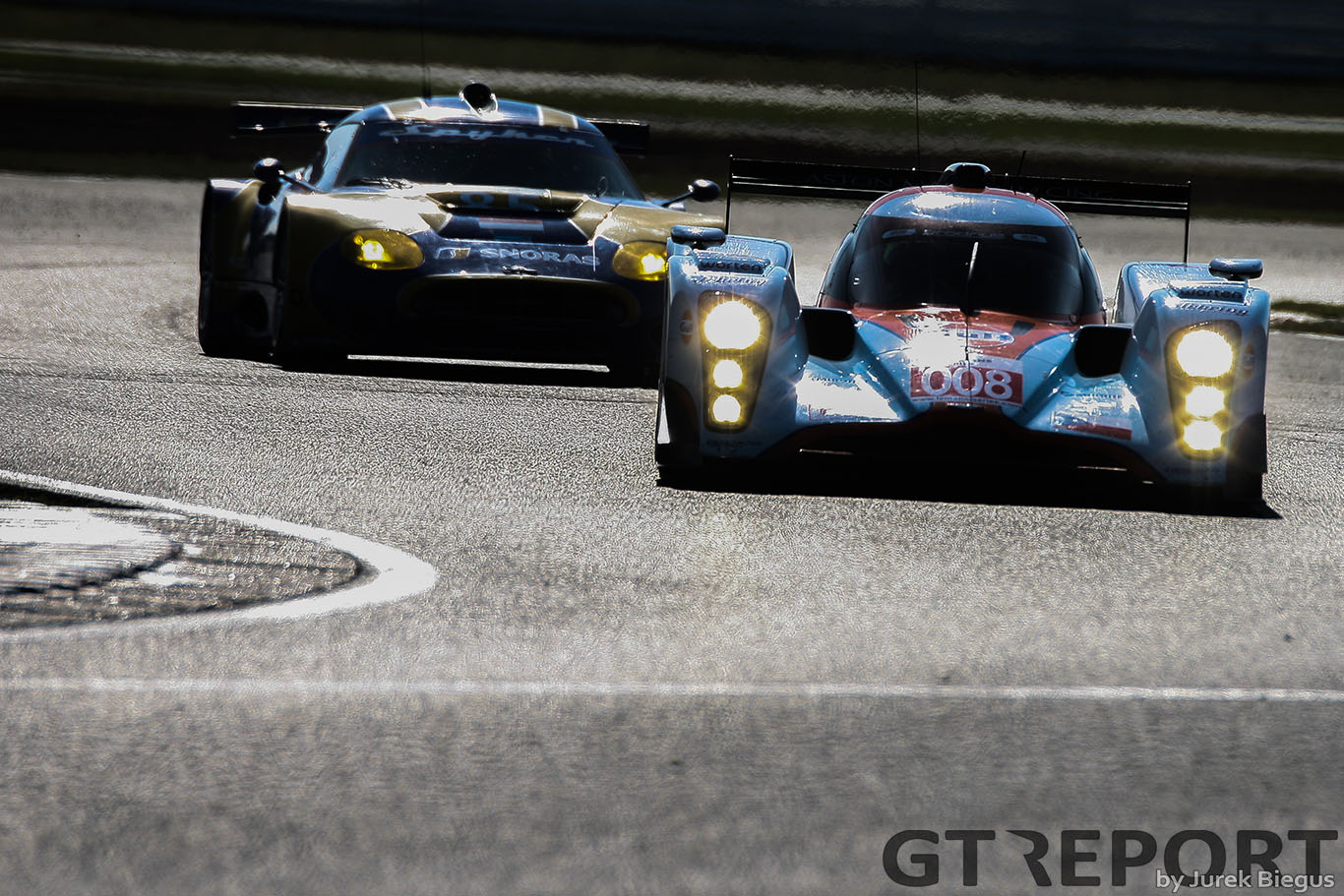 Whenever presented a level playing field in the Le Mans Series – whenever the factory-bankrolled Audi and Peugeot teams were not racing – Aston Martin could show its true strength. One of the races etched in memory is the 2009 Nürburgring 1000km where Aston Martin occupied the podium first through third. Buncombe was third over the line that day.

“I have a lot of happy memories from racing that car. We had some good races: the 1-2-3 at the Nürburgring was pretty special, to get all three cars on the podium. I remember in my stint I had a nice battle on track with Darren Turner who was in the other car. I shouldn’t say we were battling, but it was nice to just be in that company as all three cars were at the sharp end of the race.

“My dad recalls to this day watching the cars into turn 1 at the Nürburgring and seeing how impressive the cars were on the brakes into the hairpin. The car was really good at big stops like that. 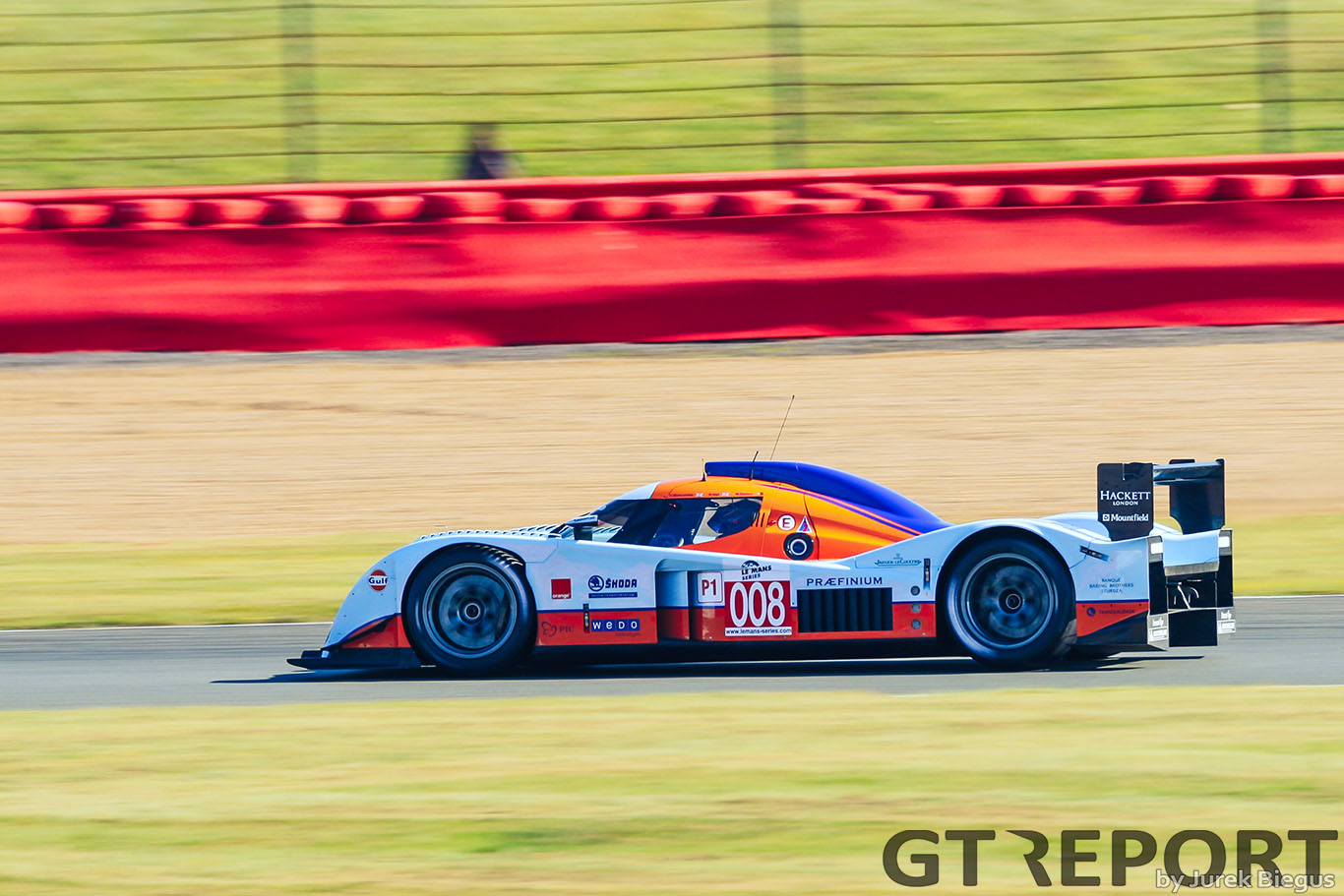 “It was also special to drive the car in my home race.”

Buncombe finished his two-race stint in the Aston Martin on home soil at Silverstone that year. Focus was about to shift to the development of Aston Martin’s fully self-designed AMR-One, with the DBR1-2 programme continuing at the hands of private teams after 2010 where it scored considerable success especially in the American Le Mans Series under the Muscle Milk Aston Martin Racing banner.

“I think they obviously had the ambition and the plan to completely go their own way for the year after. The DBR1-2 got to a really good place towards the end of its development. Maybe in hindsight they would’ve rather stuck with what they had than completely start from scratch again.

“I did maintain a relationship with the brand: it was two years later that I got into the Jota Aston Martin Vantage GT2 at Le Mans. 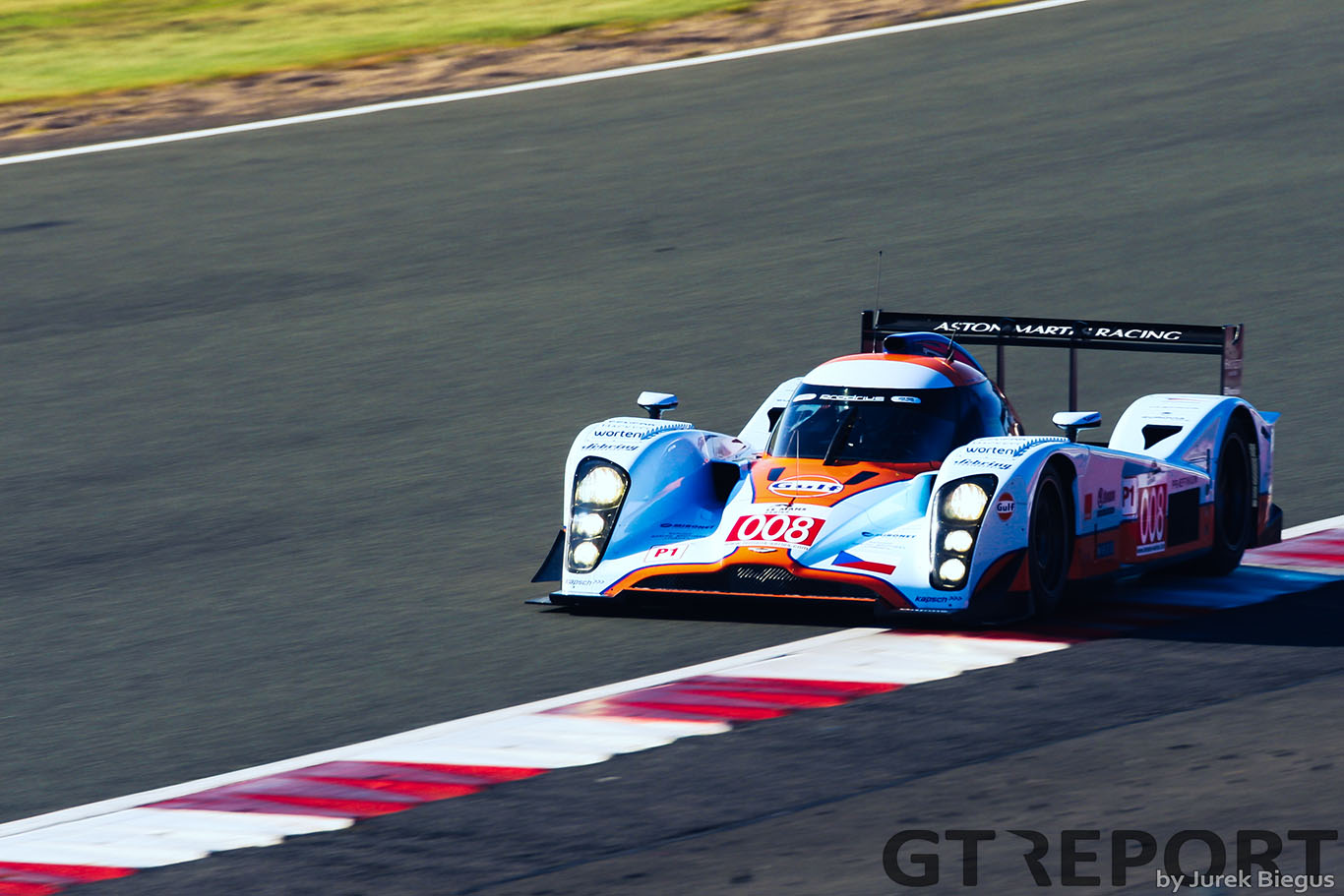 “I would’ve obviously loved to have done more. It was very special to get the opportunity to be driving in LMP1. That era was very nice. I like the current era of LMP1 – but the pre-hybrid era is pretty special. Although it was only a few races, I feel myself fortunate to have outings with the team and Prodrive is a great outfit to drive for.”

In many ways, the Lola-Aston Martin was the last of the all-out race cars, unconstrained by corporate and regulatory pressure to showcase technological advancements in the field of fuel efficiency relatable to road cars. Never again would Le Mans hear the screams of a V12 through the forests at night. 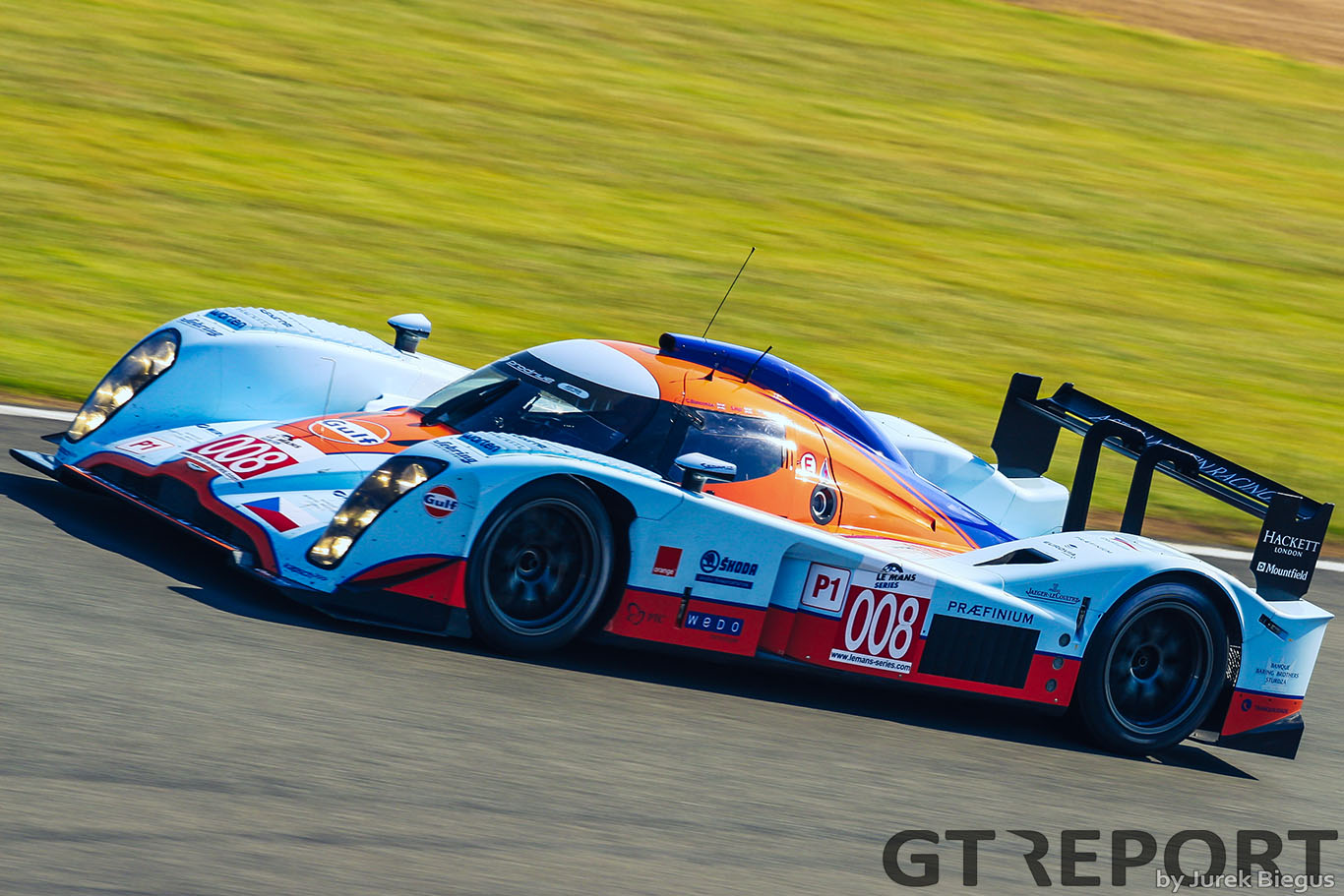 With the car returning to the track in the Master Endurance Legends series, the desire to get back in for another go is strong.

“I would love to, it was a couple of years ago when I was at Le Mans, I remember seeing the Aston Martin in the Festival race, and seeing the car on track. For me, kind of the best thing of the car is that noise – it’s probably the best sounding car ever. It was just screaming!

“It takes me back to one of my earliest memories – and what actually triggered me to start karting. I had started with motocross – although my family’s background with my father and grandfather is in cars – and whilst I was still doing motocross we went to the British Grand Prix of the V12 Ferrari era with Alesi. That sort of screaming car made me think, ‘I want to be driving cars!’ That Aston-Lola was the closest thing to take me back to that era.” 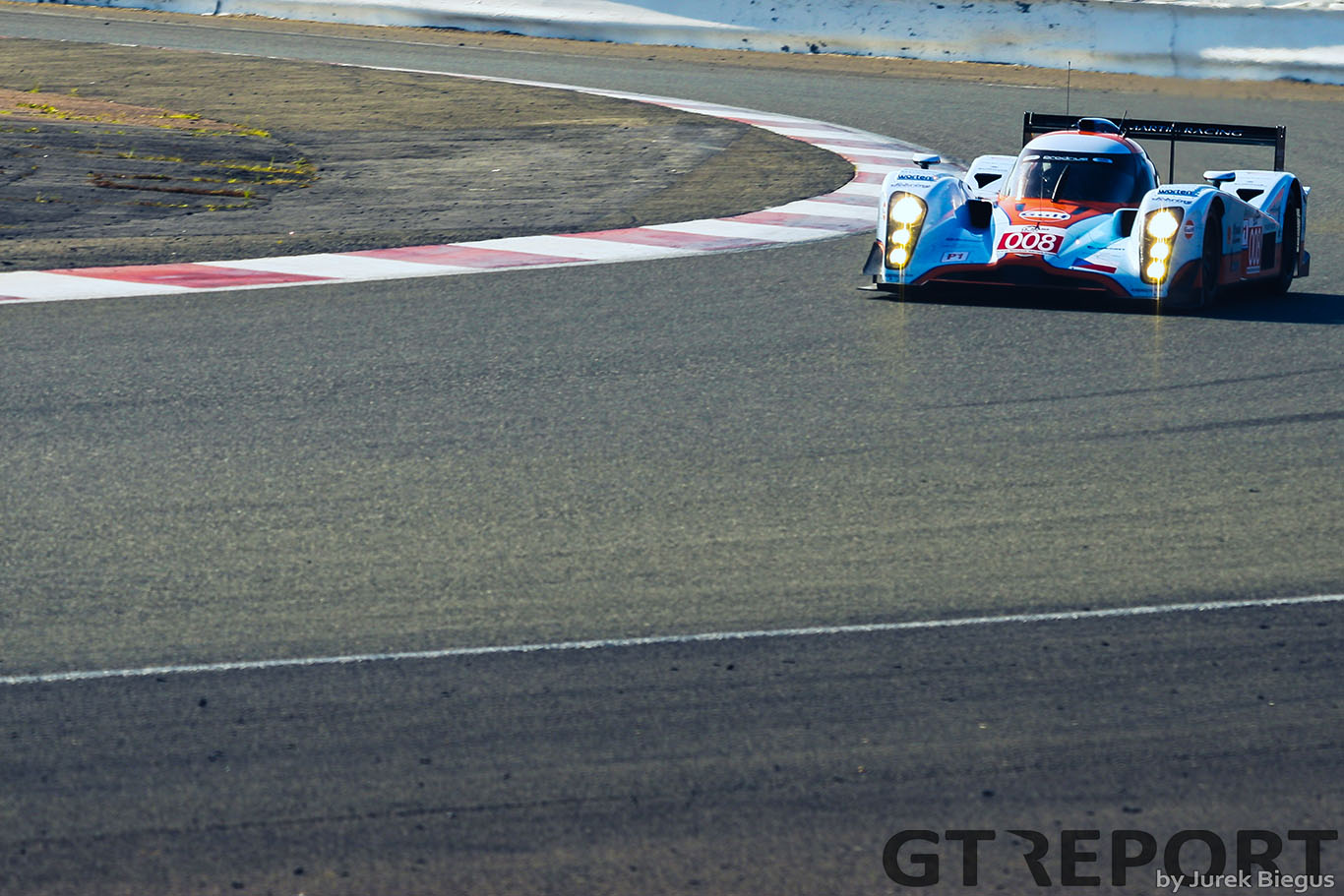 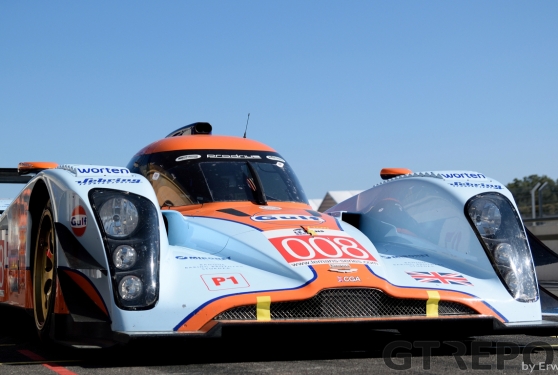 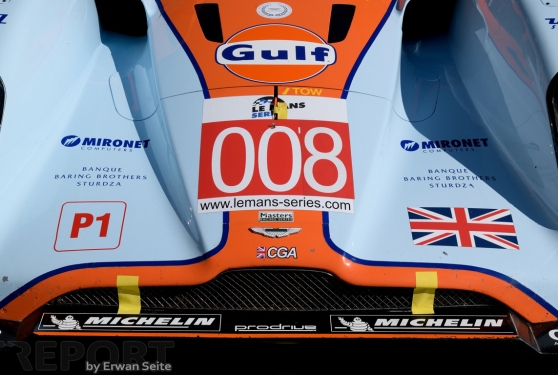 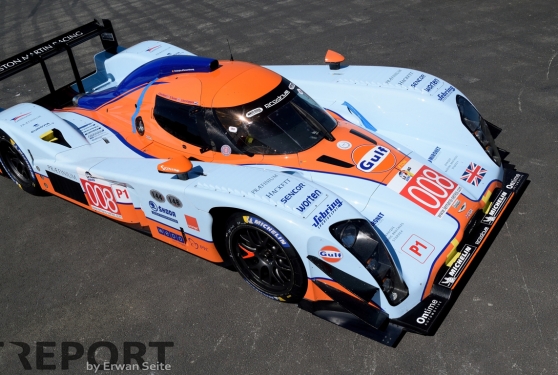 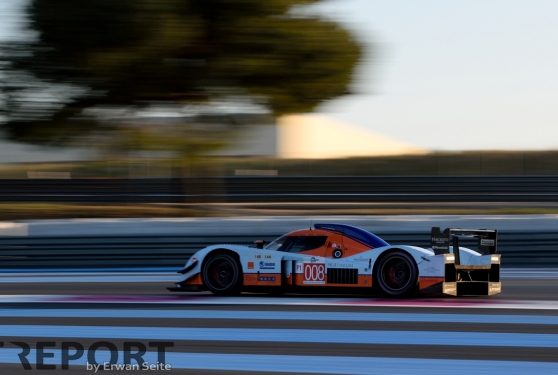 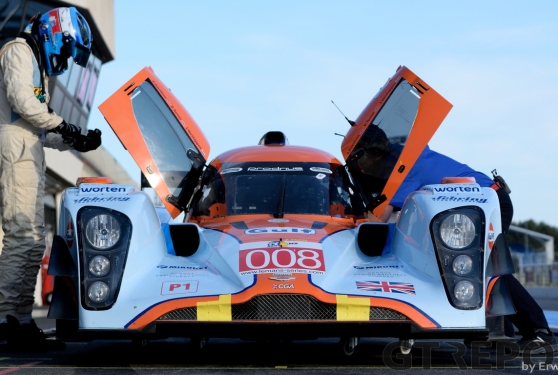 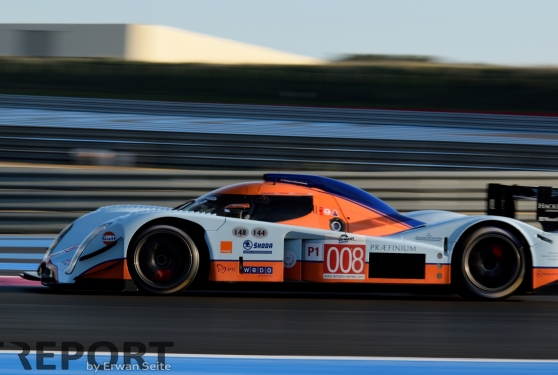 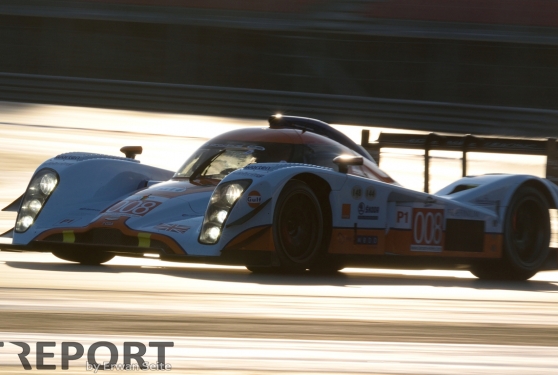 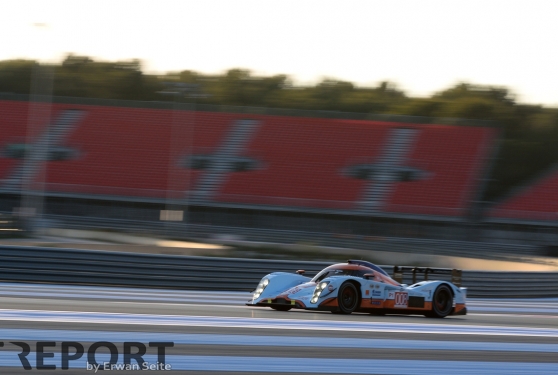 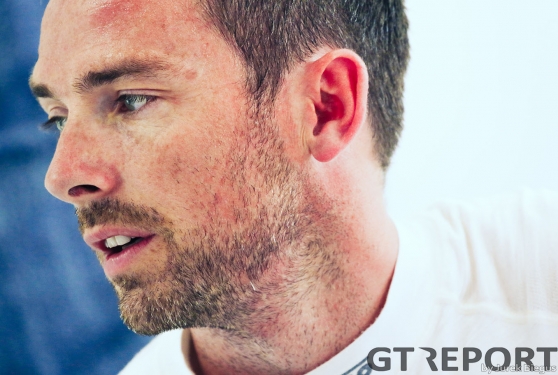 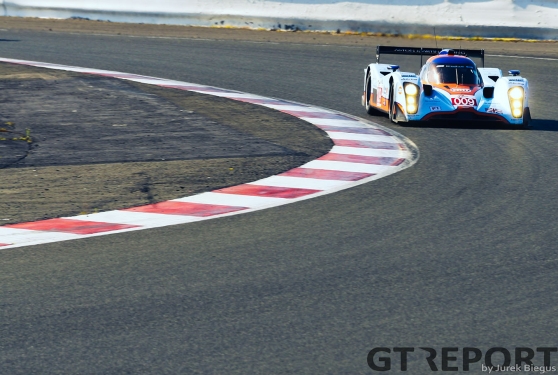 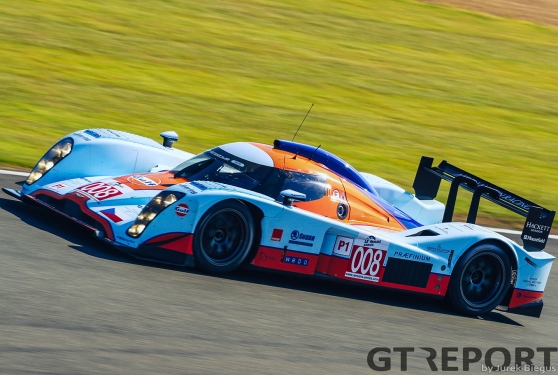 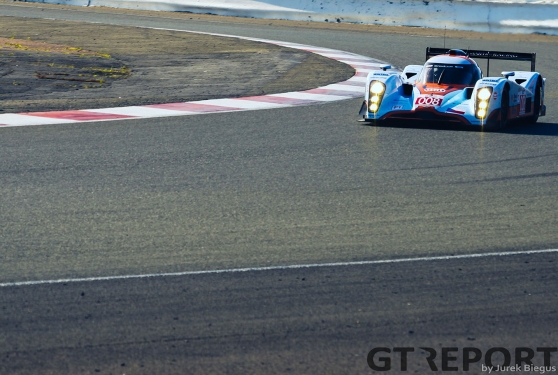 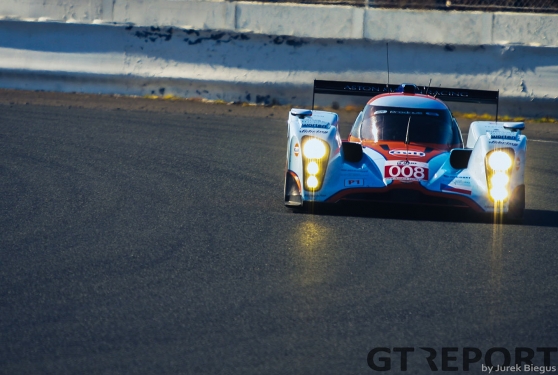 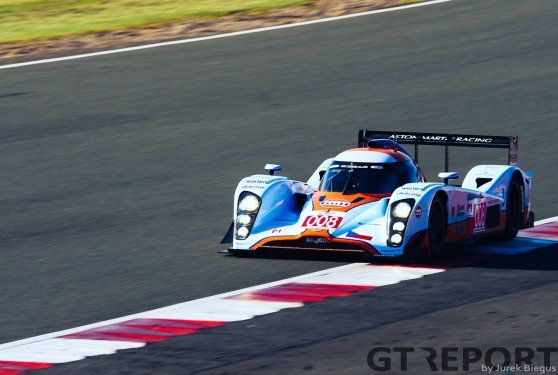 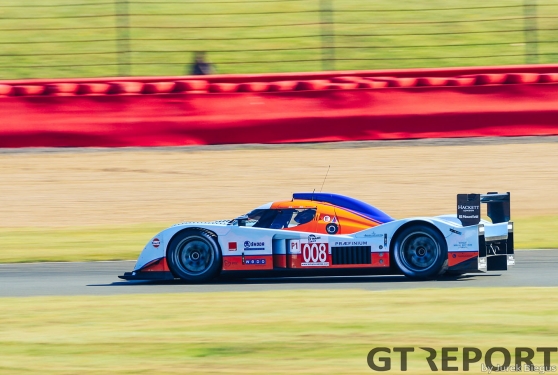 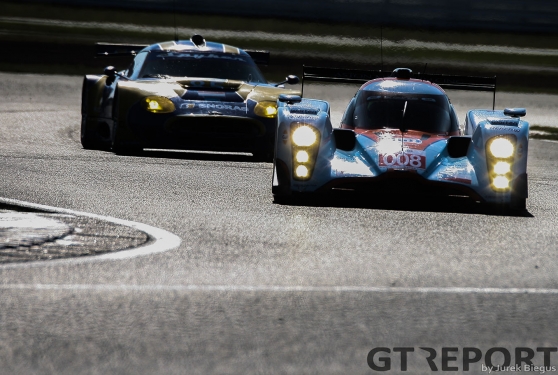 Jurek Biegus and Miguel Bosch contributed to this report. 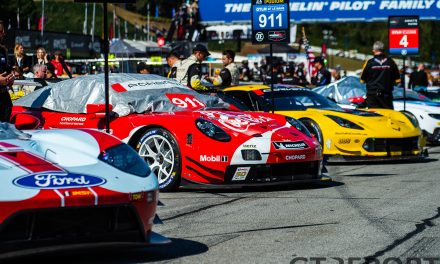