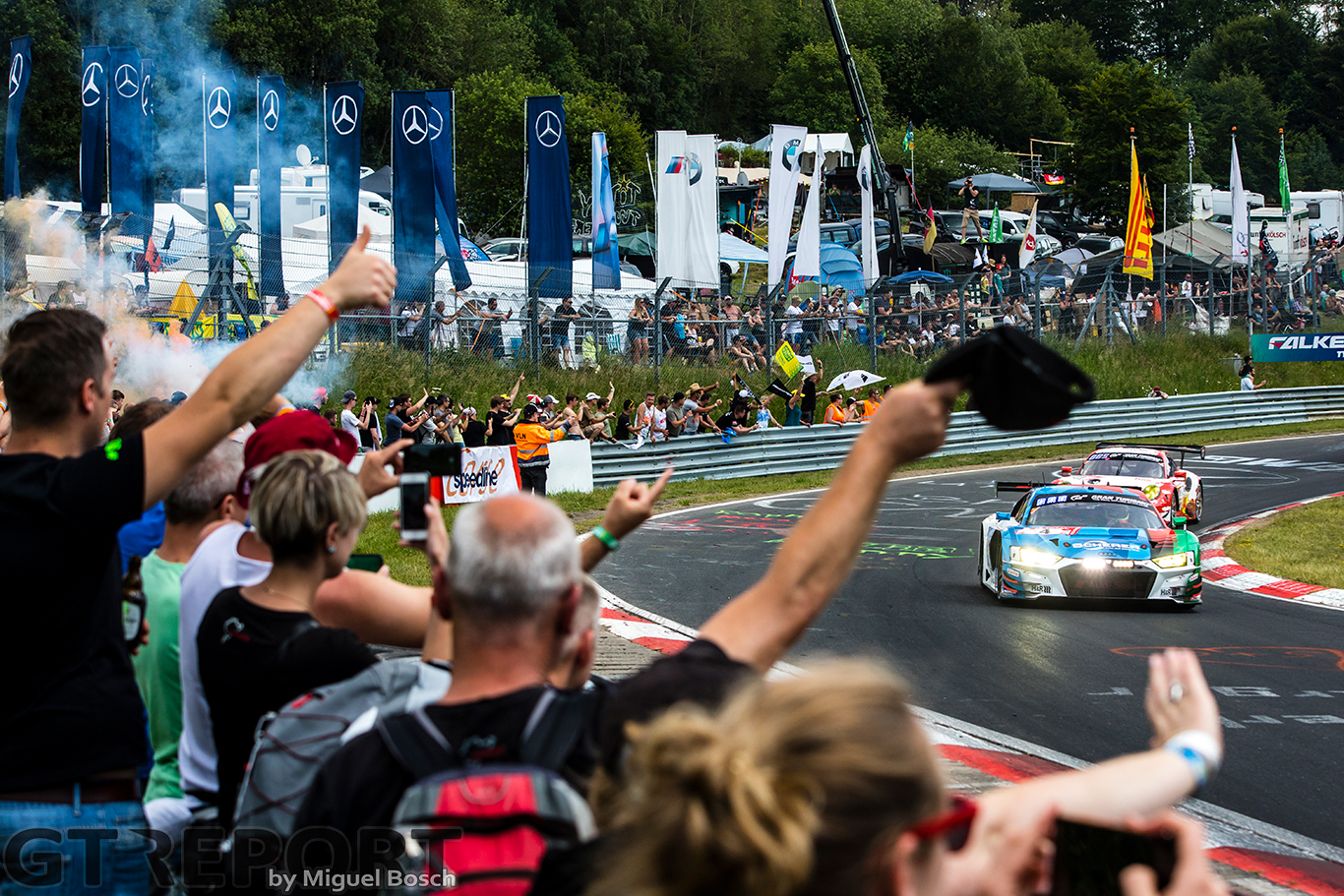 Audi’s decision to add Frédéric Vervisch to its works driver roster for the Nürburgring 24 Hours has paid off. The Belgian joined the four rings in 2018 with the aim of taking Audi to its fifth ‘N24’ victory, fulfilling the promise a year later with Phoenix Racing.

In an unexpected twist of events the #4 Phoenix Racing Audi R8 LMS GT3 suddenly found itself leading the Nürburgring 24 Hours on Sunday afternoon. Contrary to its main rivals, the team had maintained its flawless performance race-long, leaving Vervisch and co-drivers Frank Stippler, Dries Vanthoor and Pierre Kaffer to race the local race team to its fourth victory in the Eifel classic.

Alongside his commitments for Audi in the 24-hour race, Vervisch also contested the WTCR races with Comtoyou Racing in one of its Audi RS5 LMS TCRs, earning himself two second-place finishes.

“This was by far an unbelievable weekend in GT and WTCR – it’s incredible,” Fred Vervisch says as he lets his Nürburgring 24 Hours victory sink in.

“It’s been such a busy week with so much stress to be on time everywhere – running everywhere. I wasn’t able to do my job as well as I would’ve liked to, but I think it’s fair to say we all delivered excellent work. 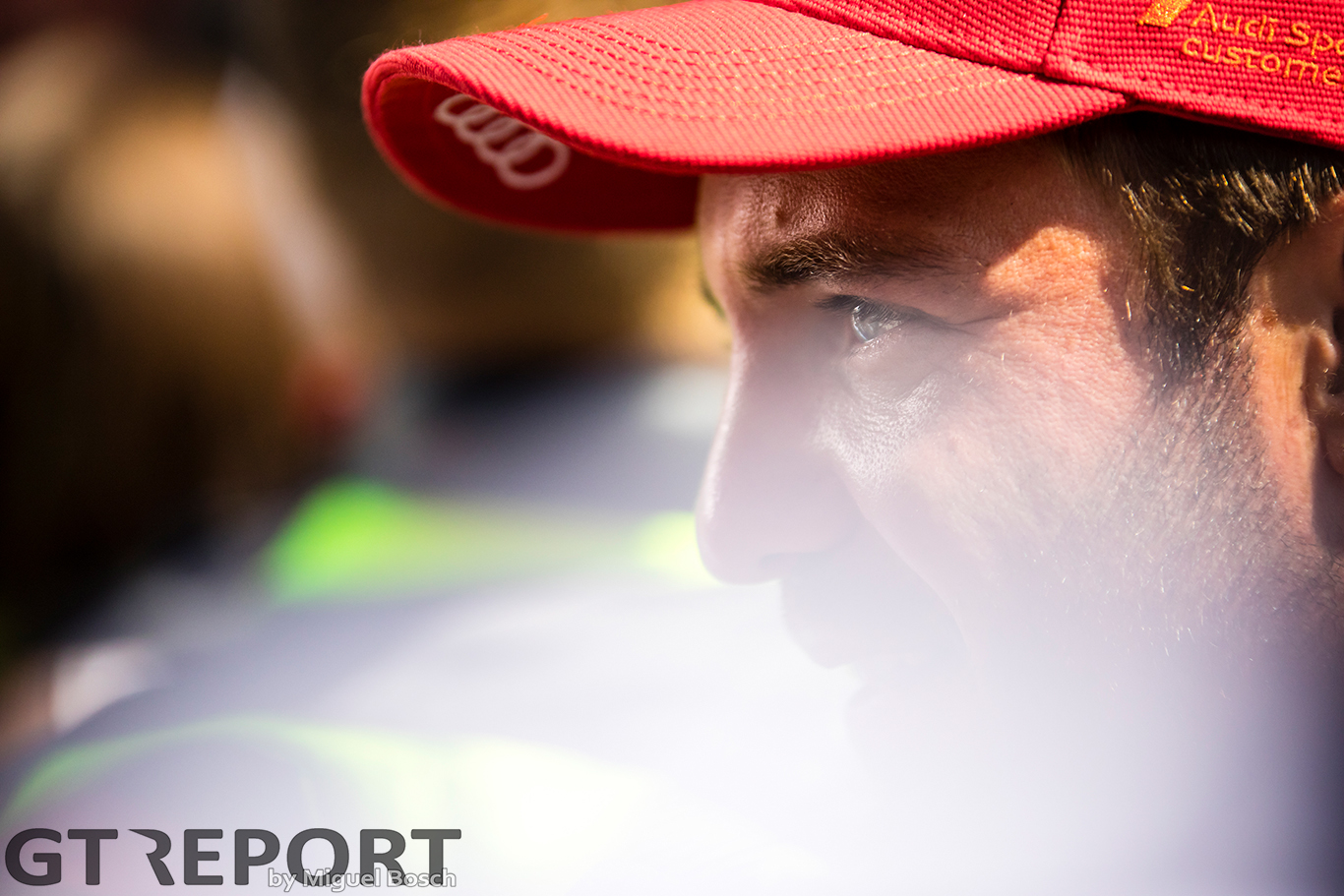 “For me, the most important was – because I had to switch from one car to the other with different handling, speeds, braking points and gear shifts – to not make any mistakes. That was my goal and I succeeded. With my victory and two WTCR podium finishes it was an incredible weekend – almost too good to be true.”

But true it is, albeit with help from the Nordschleife biting the Audi team’s main competitors.

“I was surprised we were first, it felt like we were fighting for third place which already would have been an incredibly good result. We weren’t fast enough, we never expected to be at the front, or at least no better than fourth place.

“Qualifying was the key – it went better than expected. We were really on the limit to keep up with the cars from Porsche and Mercedes. If you then make a mistake it’s all over – but we didn’t and had luck on our side.”

In a field of 155 cars, minor collisions with other cars are unavoidable over the course of nearly 4,000 race kilometres. The #4 Audi didn’t come out of the 24 Hours unscathed, being forced by the unrelenting speed of the Porsche and Mercedes-AMGs to put down a fast pace of its own with all due risks. 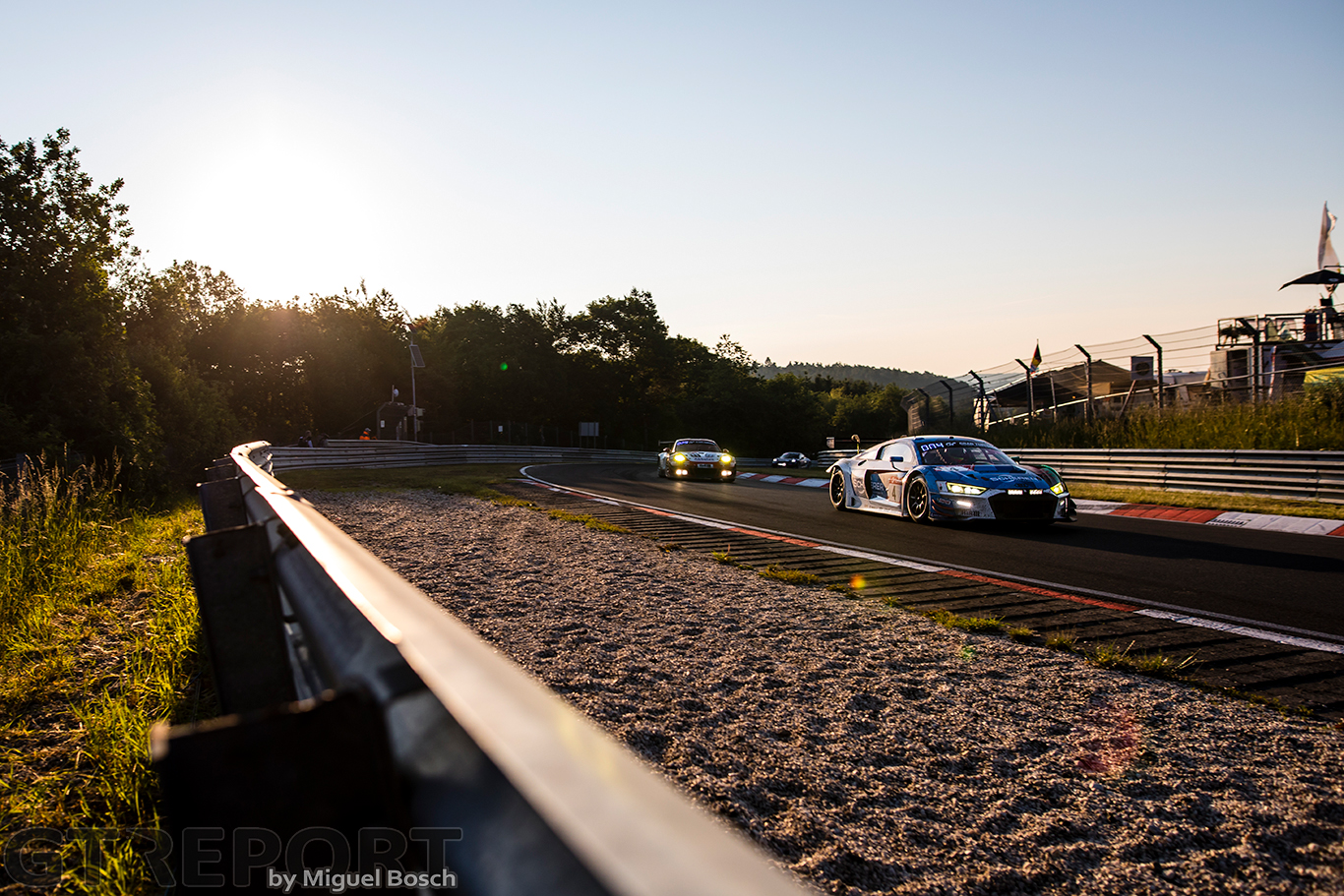 “We had some small collisions but nothing serious. We all experienced some moments. I, too, had three moments where I though, ‘OK, now I’m off,’ but just managed to keep it on track. We were constantly on the limit, it was the only thing we could do, cruising around was impossible.

“During my last double stint the team told me I could take it easy, that we had enough of an advantage. Then they changed their minds: ‘Oh shit, they did win back time and we are losing too much, you need to increase the gap.’ That was very hard for me, maybe the hardest moment of the whole 24 hours.”

Vervisch eventually maintained the gap and watched from the pits how team-mate Vanthoor rode the Audi for the 157th and final time – the furthest distance of any car as Vanthoor was the only car on the lead lap to pass the finish line before time ran out – over the finish line.

“That was exciting, but Dries did a superb job, he brought it home.” 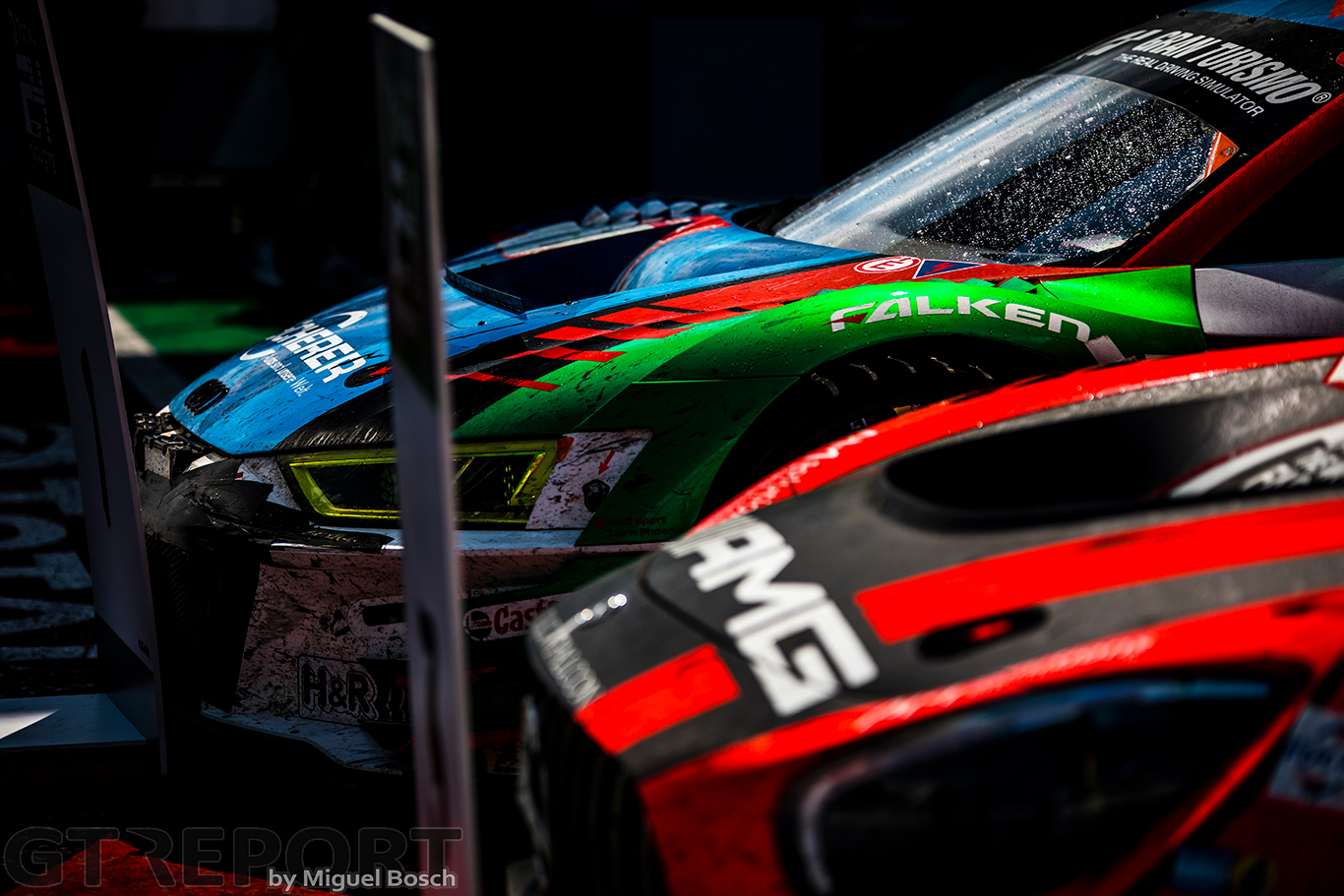 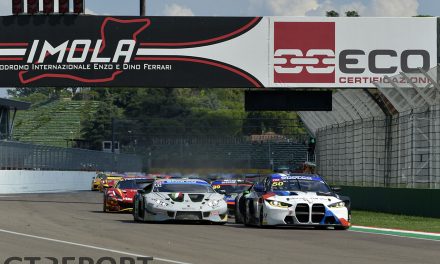 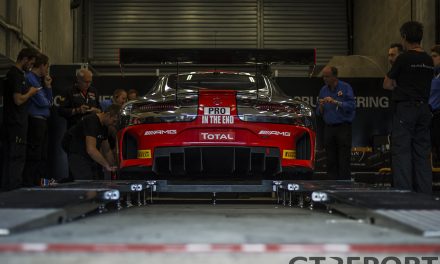 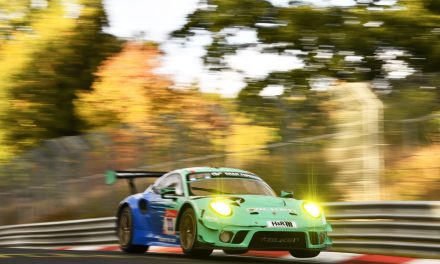