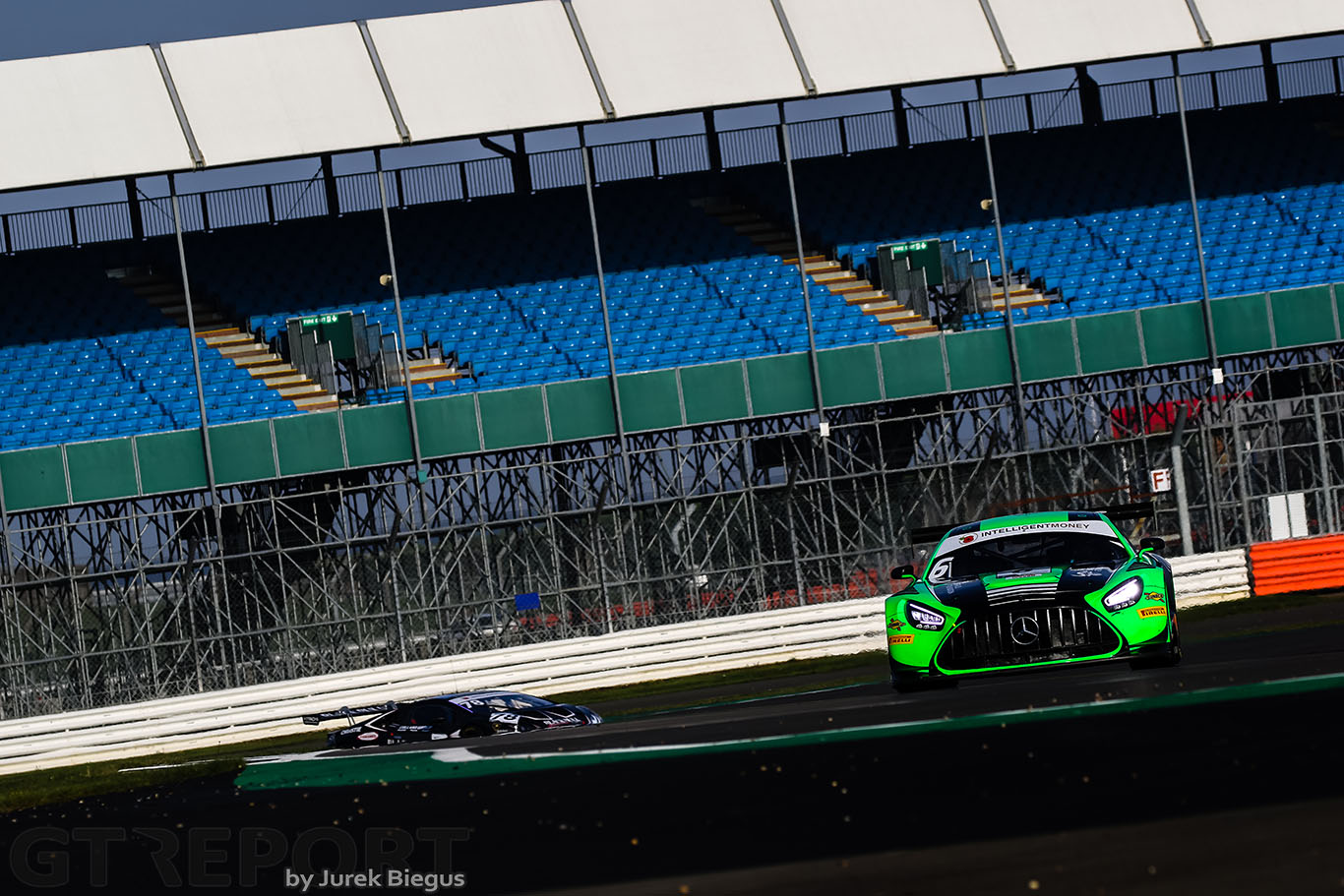 In GT4, championship leader Jamie Caroline topped opening practice for TF Sport, while Sam Smelt finished top in the second in the Speedworks Motorsport Toyota Supra. GTC was shared between the Ferrari 488 Challenges of Simon Green Motorsport and FF Corse.

Free Practice One went the way of Buurman early on, as the Mercedes-AMG GT3 driver blitzed the previous lap record at Silverstone – Adam Christodoulou’s 1m59.095s in 2018 – to set a 1m58.174s.

He wasn’t the only one to break the lap record in the first session as the entire top eight dropped under the former benchmark, making best use of the cold but dry conditions at the Northamptonshire circuit.

Indeed, sticking themselves in the top three in both sessions were a pair of Aston Martins. In the first session, Jonny Adam in the Garage 59 pipped Eastwood’s Beechdean entry for second, before Eastwood went one better than reigning champion – snatching the top spot away from Adam in the closing moments of Free Practice Two. 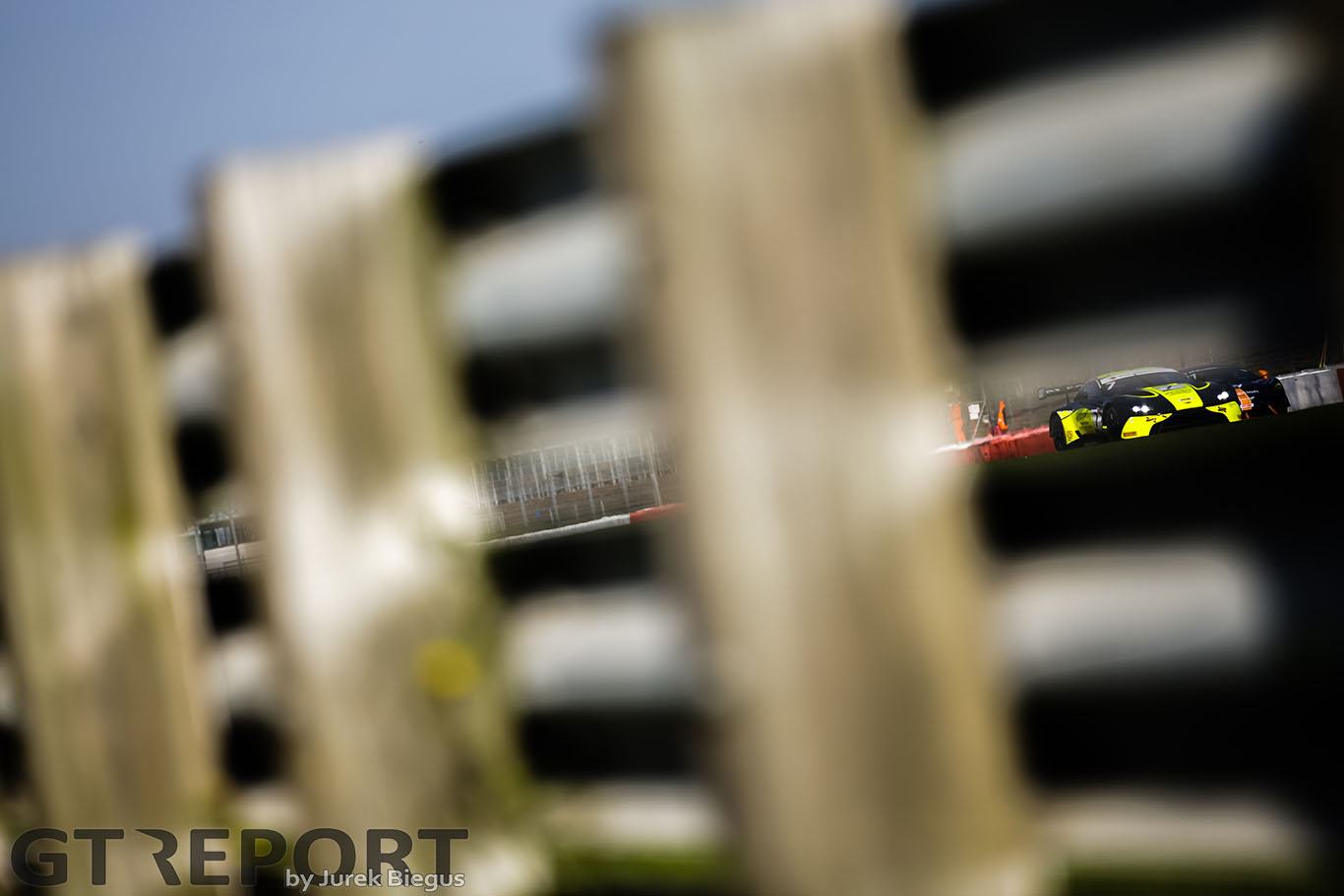 Also doing well in both sessions was Balfe Motorsport’s returning McLaren 720S GT3, as Rob Bell put the striking red machine fourth and third in the two sessions – although in the latter he was just 0.007s ahead of Optimum Motorsport’s Ollie Millroy, who moved up from 11th in FP1.

Fifth place in both sessions were the first of the championship leaders and on both occasions they were Barwell Motorsport Lamborghini Huracán GT3 Evos. In the early session, Phil Keen pipped team-mate Sandy Mitchell to the position, with Mitchell claiming it in the lunch-time practice as Keen and co-driver Adam Balon finished in ninth.

The nearest competition to the Lamborghinis came from the second RAM Racing Mercedes of championship leaders Patrick Kujala and Sam De Haan as they finished seventh and eighth respectively in the two sessions.

Of note elsewhere, Jenson Button’s first practice sessions as a GT3 driver ended with times only good enough for 17th and 15th respectively as he continues to get up to speed in the Jenson Team Rocket RJN McLaren. 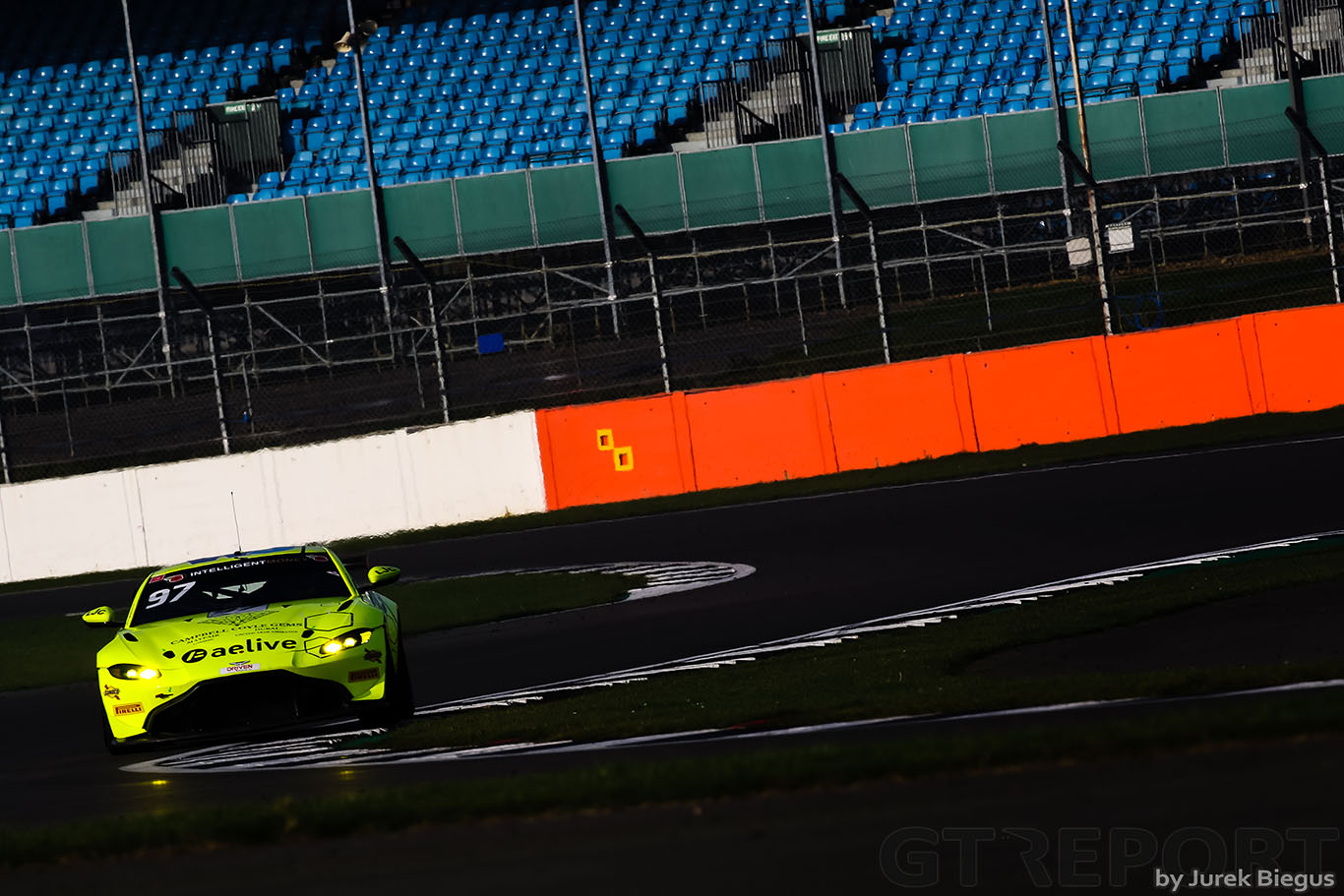 In GT4, Jamie Caroline and Dan Vaughan marked themselves out as the early ones to watch in the five-way fight for the title in the second class as they topped the first session and finished as runners up in the second. Their nearest competition on both occasions was the Speedworks Motorsport Supra, which was second in FP1 before Sam Smelt pipped Caroline to the top spot in FP2.

The second TF Sport Aston Martin kept the championship leaders honest, and demonstrated the speed of the Vantages, as Connor O’Brien and Patrick Kibble set a fastest lap apiece to to finish the two sessions fourth and third respectively.

While the top two places were locked out by Silver crews in both sessions, the leading Pro-Am entrants haven’t been too far behind. In FP1, Scott Malvern – making his return to the class alongside Nick Jones – put in the third-fastest time in his Team Parker Racing Mercedes-AMG GT4 while Euan Hankey topped the second in one of the Balfe Motorsport McLaren 570S GT4s.

Hankey’s fourth fastest-time in FP2 was a great turnaround for the team having been an innocent party in a collision that brought out the morning’s only red flag to end first practice 10 minutes early. They were caught unaware while being overtaken by Richard Williams in the Steller Motorsport Audi R8 LMS, who misjudged how far ahead of the McLaren he was and pulled back across too early. The two cars tangled but thankfully the damage wasn’t so severe that either missed any running in FP2. 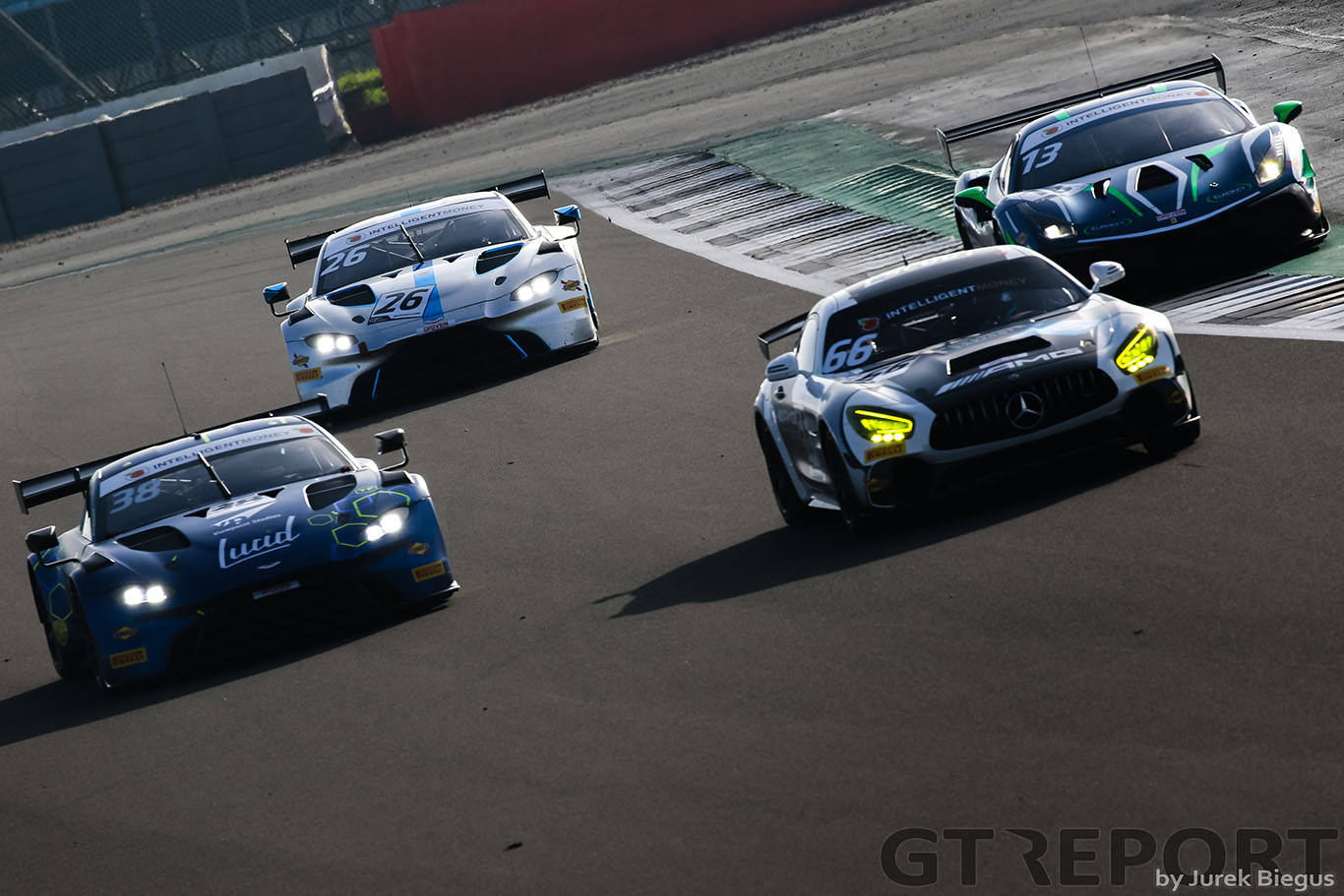 Finally in the GTC class, the two Ferraris in the top spot will have been no surprise to regular follows of GT Cup as Ross Wylie put the red 488 Challenge of Simon Green Motorsport on top in the first session, while Phil Quaife put the Scott Sport entry to the front of the class in the second. On both occasions, the Ferraris were faster than the pair of Team Parker Porsches. 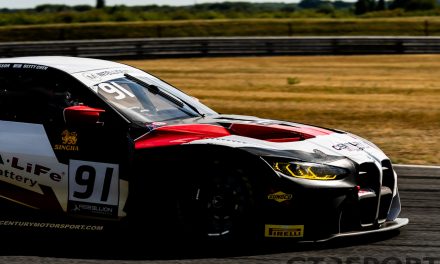 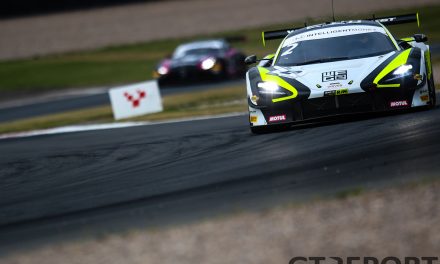