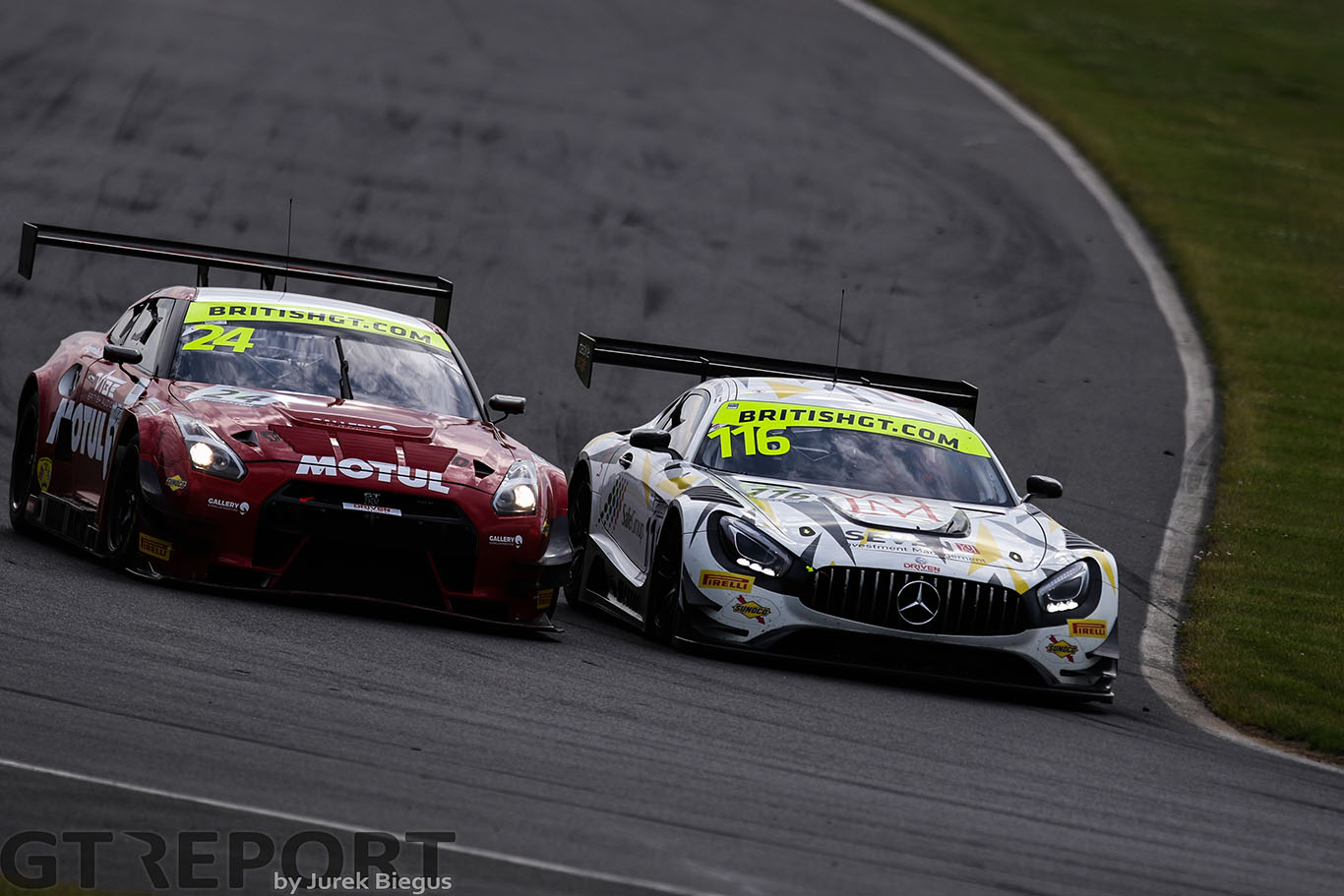 For the first time in British GT history Nissan starts from pole position. RJN Motorsport pilots Struan Moore and Ricardo Sánchez clocked the quickest time in the double qualification session for the Silverstone 500 race that saw both Silver-graded drivers go out with extra weight to make up for their — expected — higher skill level than the Am drivers. Despite its weight handicap, the Nissan GT-R Nismo GT3 kept Aston Martin Racing’s top dogs behind with a combined lap time of 3:59.849 to claim the Anglo-Japanese squad’s first pole in the championship. TF Sport drivers Nicki Thiim and Mark Farmer came close to taking Aston Martin’s fifth consecutive pole position in British GT and Blancpain GT, but had to settle for second place on the grid after missing out by just 7 tenths over two laps. 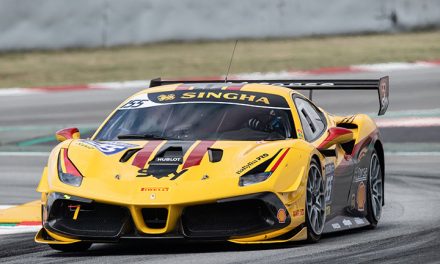 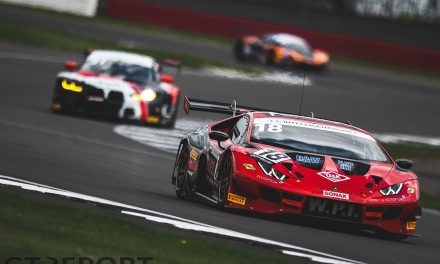 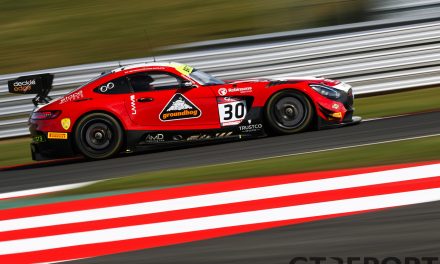