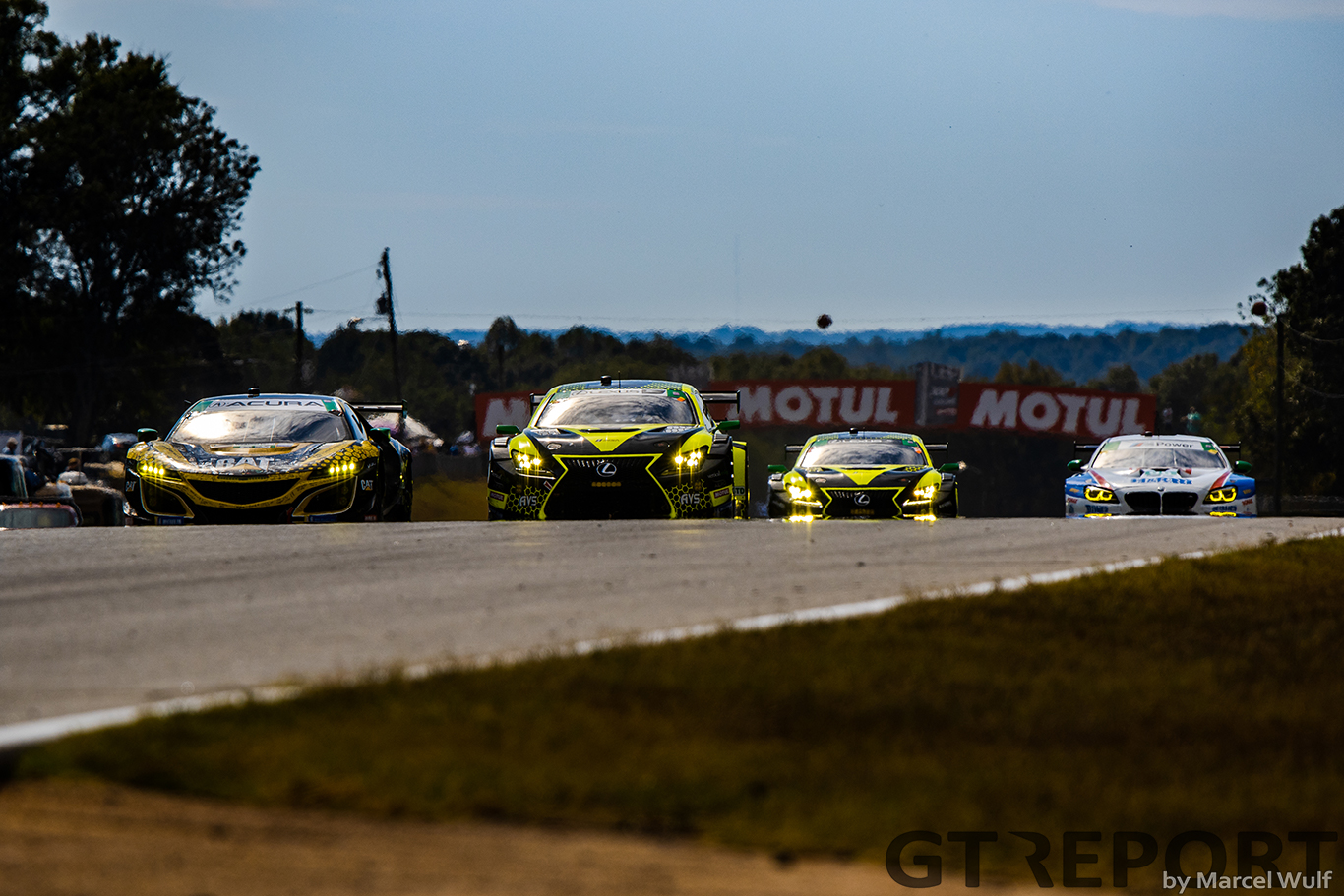 The biggest field at the Daytona 24 Hours is once again set to be the GT Daytona class, as the category – run to GT3 regs – will host 18 entries from nine manufacturers with a range of drivers from all-start factory pros to Gentleman drivers and up-and-coming youngsters all tackling the banking. 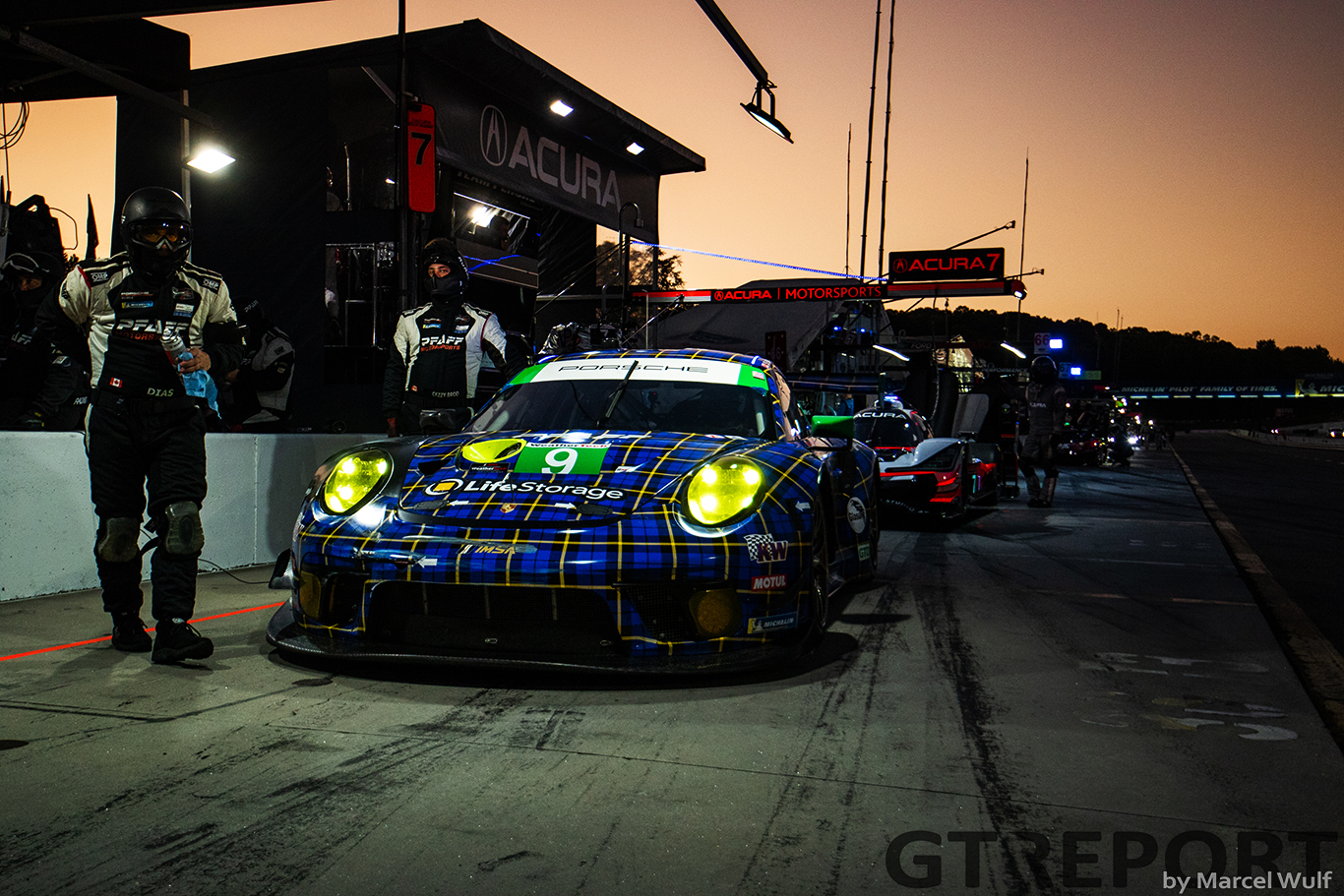 The plaid Porsche is back for another crack at a full IMSA WeatherTech SportsCar Championship campaign with the team recruiting the big guns from Porsche’s roster of talent as marque signing Dennis Olsen – recently crowned Intercontinental GT Challenge champion no less – joining the team’s rookie race-winner Zacharie Robichon for 2020 as the Canadian returns for his second season.

Joining the duo for the round-the-clock attack on the Floridian banking is Porsche test driver Lars Kern – a handy driver of GT3 machinery – and Patrick Pilet, the Porsche WEC driver familiar with the speedway after years of competing in the main factory team in the GTLM class. 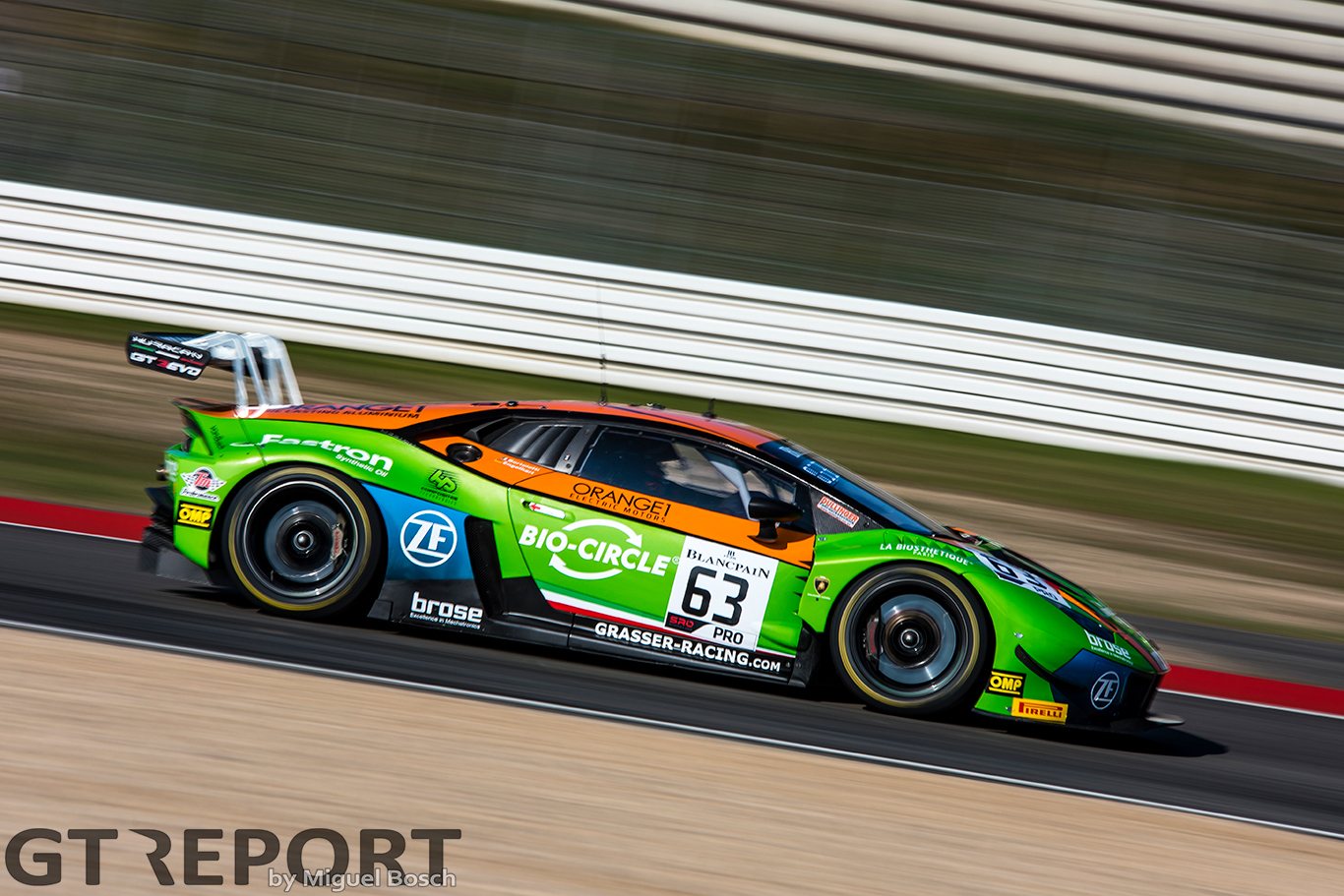 European powerhouse GRT Grasser Racing Team, a brand intimately familiar with success in Lamborghinis, has packed up its championship-winning Blancpain GT Series team and headed across the Atlantic to join the ranks of American endurance racing for the full season – having previously dabbled in part-year programmes.

It’s fair to say team-owner Gottfried Grasser isn’t doing things by halves. The three-pronged assault starts with his ‘own’ entry, with a GRT-branded Lamborghini for Richard Heistand – who took two wins for AIM Vasser Sullivan last year – as well as European aces Steijn Schothorst, Franck Perera and newly-confirmed factory driver Albert Costa, which is surely one of the pre-race favourites.

That said, one crew that knows how to win at Daytona is the #44. Better known as the Magnus Racing team, John Potter has taken a step back from running his own team to partner with Grasser for this year. Potter’s kept the spine of the team that has done so well in recent years as long time co-drivers Andy Lally and Spencer Pumpelly return, joined by newly-crowned Blancpain GT champion Marco Mapelli.

Rounding out the Grasser trio is the core of the all-female team that competed for Henreicher Racing/Meyer Shank Racing in 2019. Christina Nielsen – GTD champion in 2016 & ’17 – is partnered once again by Katherine Legge. The pair, with multiple class wins between them, are joined by sportscar regular Rahel Frey and single-seater racer Tatiana Calderón, the newly confirmed Super Formula driver making the step into GTs for the first time. 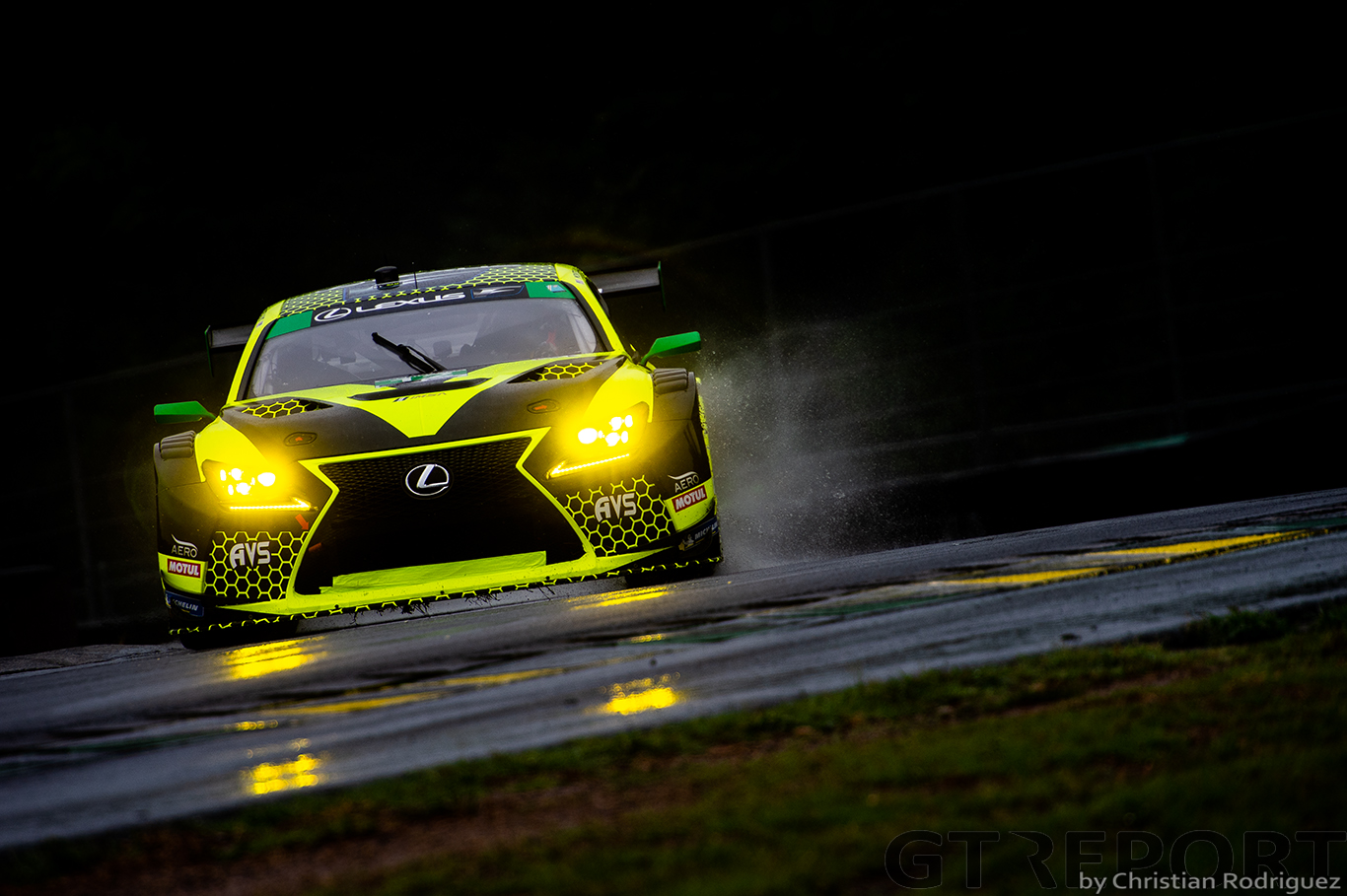 A podium at Daytona for Montecalvo, Telitz, Bell and Jeff Segal last year didn’t spark the championship challenge the American team would be hoping would have come from such a good result, as the team secured just another two podiums for full-season drivers Montecalvo and Bell.

The second car, which had Hawksworth joined by new Grasser recruit Heistand, took a pair of firsts but also couldn’t string any sort of form together.

There’s no stones being left unturned this year, as Blancpain GT and Supercars champion, Bathurst 12 Hours winner, and all-round star Van Gisbergen tackles the banking for the fifth time.

It’s the same in the second car – just on a larger scale – as only Hawksworth and Chase return to the RC-F for Daytona. De Quesada, a Porsche GT3 Cup Challenge USA champion, is joined by two-time NASCAR Champion Kyle Busch as the Las Vegas native tackles the Florida circuit in something other than a stock car for the first time having previously won in the Cup Series, albeit in the Daytona 400. 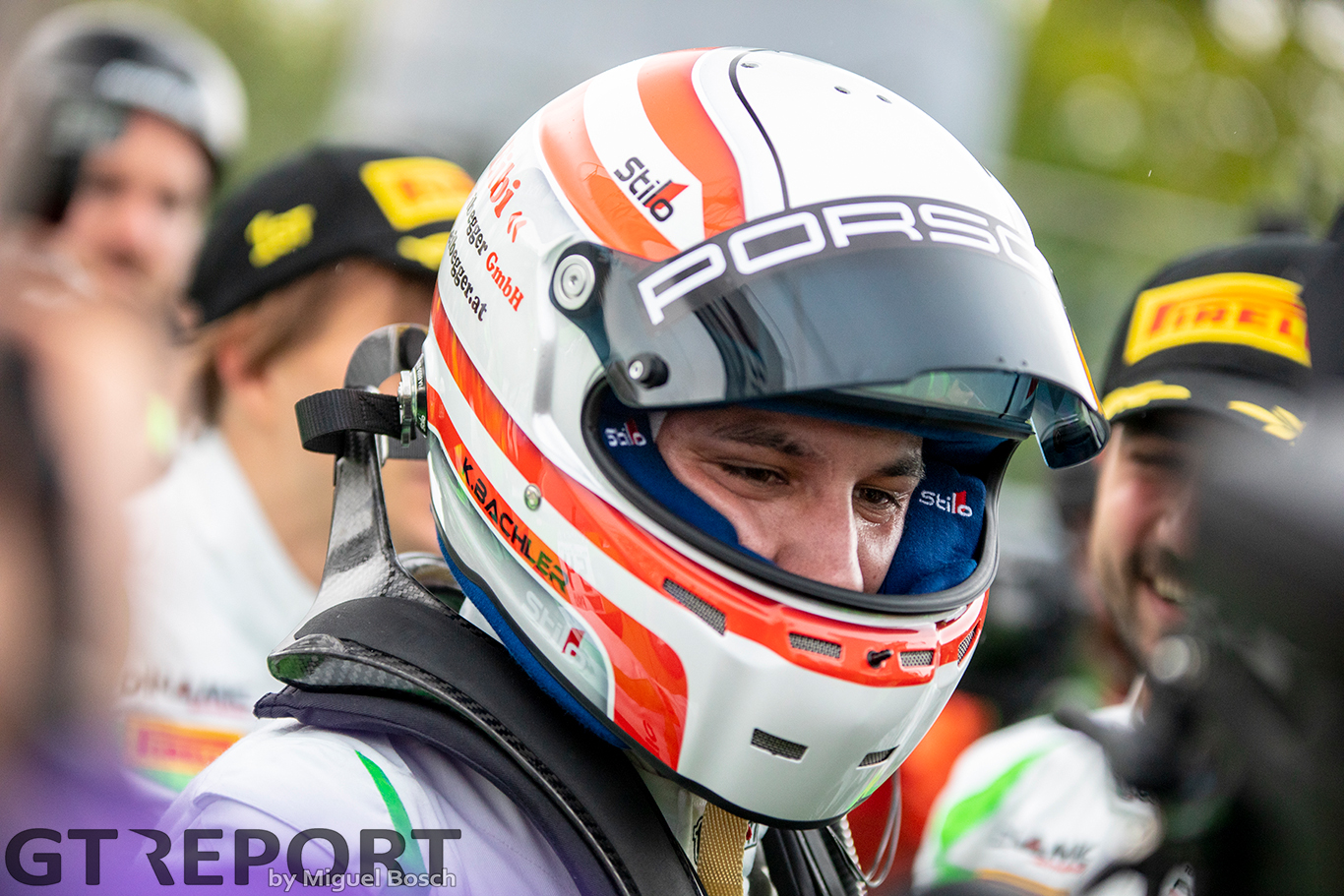 Joining Stuttgart’s contractors Pat Long and Klaus Bachler is Wright regular Anthony Imperato – a podium finisher with the team last year – and 2018 Lamborghini Super Trofeo North America winner Ryan Hardwick, who is making the switch from Paul Miller Racing for this season as Wright embarks on its 20th season of racing on the continent. 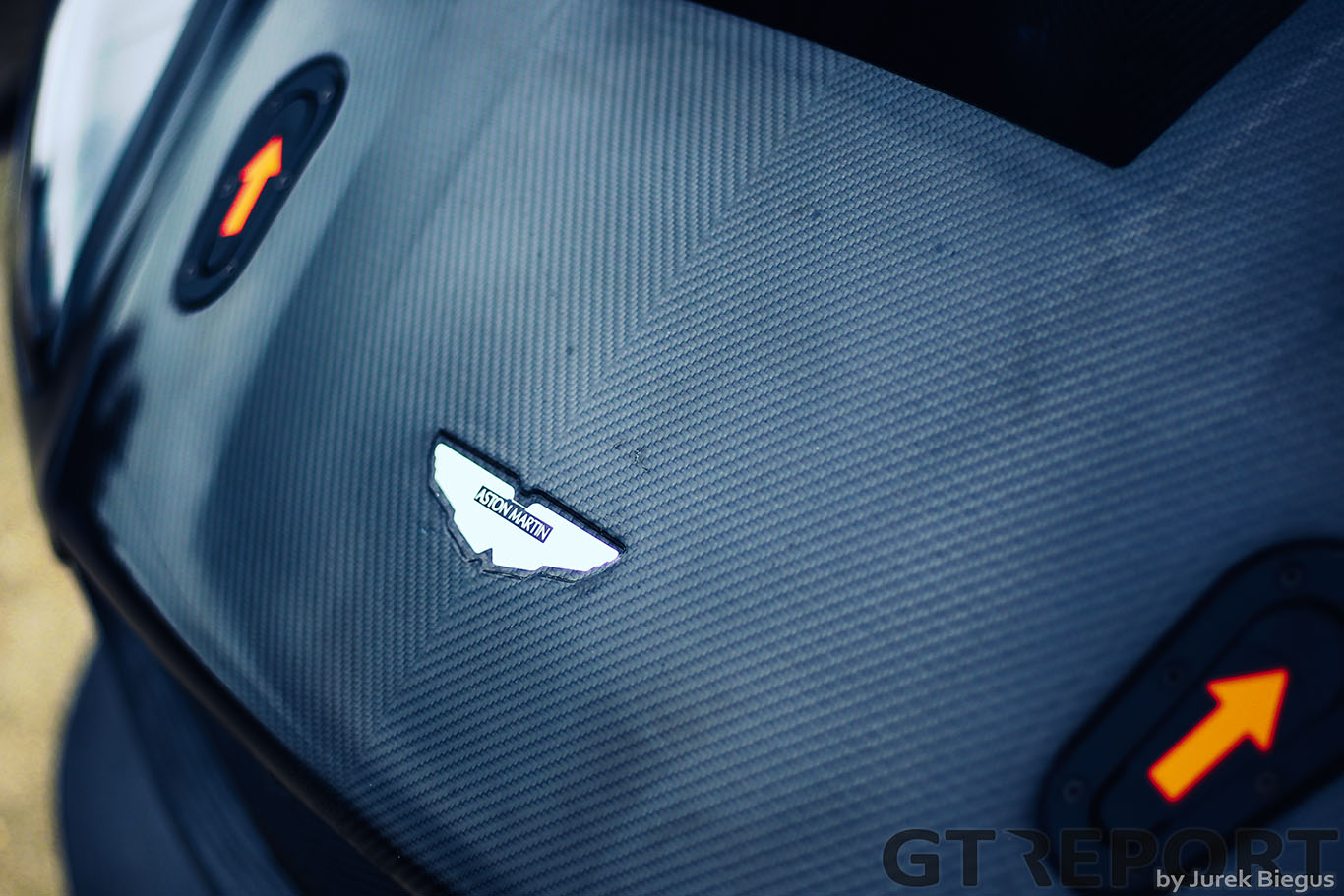 Returning for the first time since 2016, Ian James has relaunched the Heart of Racing Team outfit – which raises money for Team Seattle, a charity that supports the Seattle Children’s Heart Center – and has picked a new manufacturer as the long-time Porsche team gives Aston Martin’s new Vantage its debut at Daytona.

James has no rust from the team’s sabbatical – having raced in GT4 America last year – but has never the less assembled a crack squad for the twice-round-the-clock classic as American racing regular Roman De Angelis – 2019 Porsche GT3 Cup champion – is joined by Alex Riberas, just announced as a brand ambassador for the manufacturer, and factory ace Nicki Thiim, a man who needs no instruction on how to drive Astons quickly. 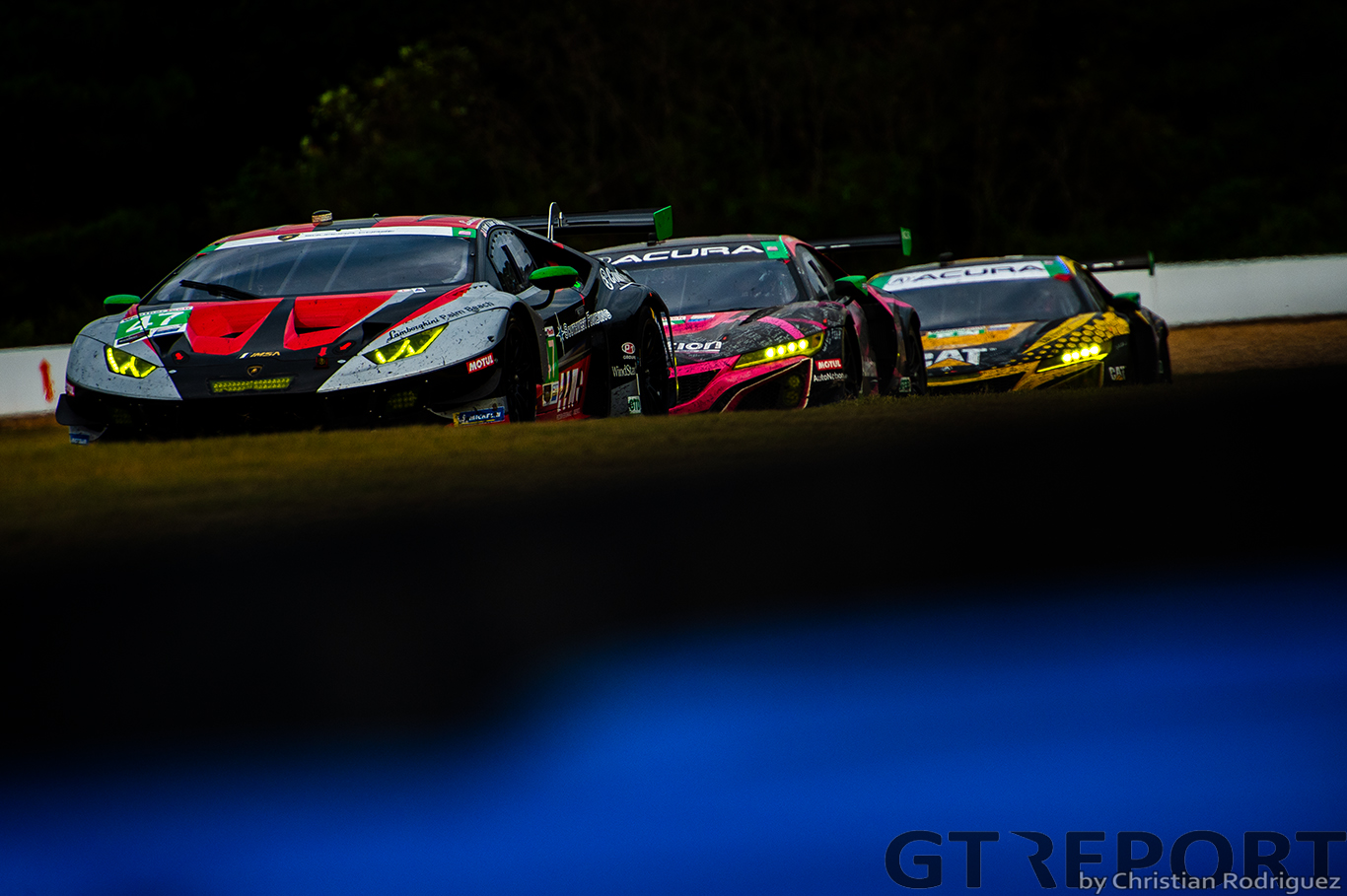 The Lamborghini squad, which took part in just the Endurance Cup races, returns once again for the first of four of the long distance races in America (including Sebring, the Six Hours of Watkins Glen, and Petit Le Mans) with the returning Gdovic and Lux – who took in two races for PR1 Mathiasen Motorsports last year in the LMP2 class. The team hardly set the world alight last year, but an almost entirely new driving unit might give it the spark to kick on this January.

UPDATE: The team confirmed on Monday that Sunoco Whelen Challenge winner, and Autosport Aston Martin BRDC Young Driver of the Year, Johnathan Hoggard has moved to the team alongside Mark Kvamme. The pair had taken part in the Roar pre-race test in the Rick Ware Racing LMP2-spec Riley but have made the switch to the Huracán for the race. 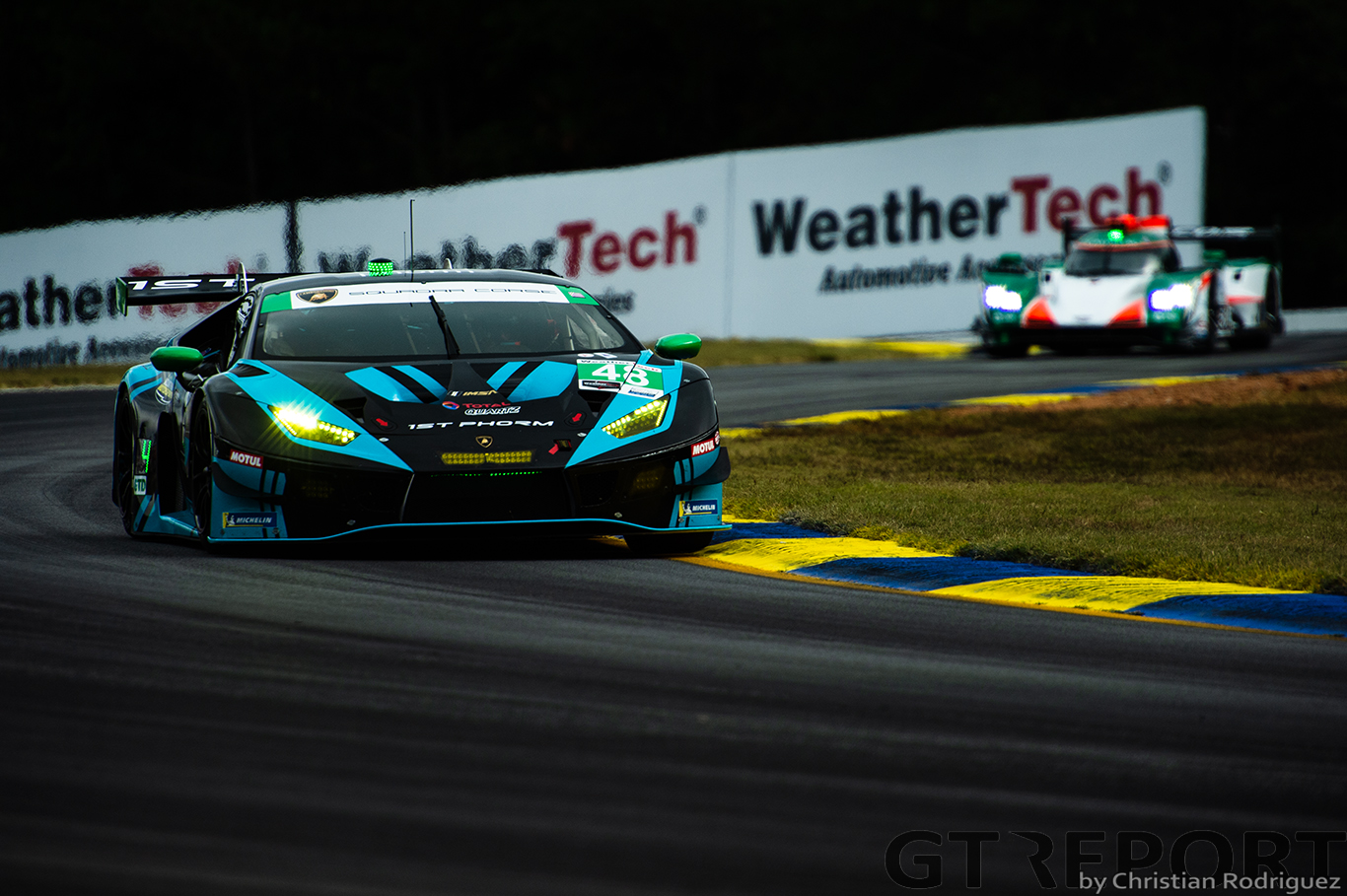 A mainstay of the GTD class, Paul Miller Racing brings a strong line-up for the season opener as Bryan Sellers and Madison Snow, title winners in 2018 are reunited once again after the issues around Snow’s drive rating has been resolved with IMSA respecting the FIA’s silver-rating for the 24-year-old.

Joining them are two drivers vastly experienced Lamborghini drivers, the first is Corey Lewis – who won the Lamborghini World Finals in 2018 – and the latter is Andrea Caldarelli. The Italian has taken the GT world by storm in the last few years having taken two Blancpain GT Series titles, as well as claiming silverware almost everywhere he’s been – including a third-place at Daytona for the same team last year.

The quartet have installed themselves as early favourites for the race, with all four no strangers to winning GT silverware. 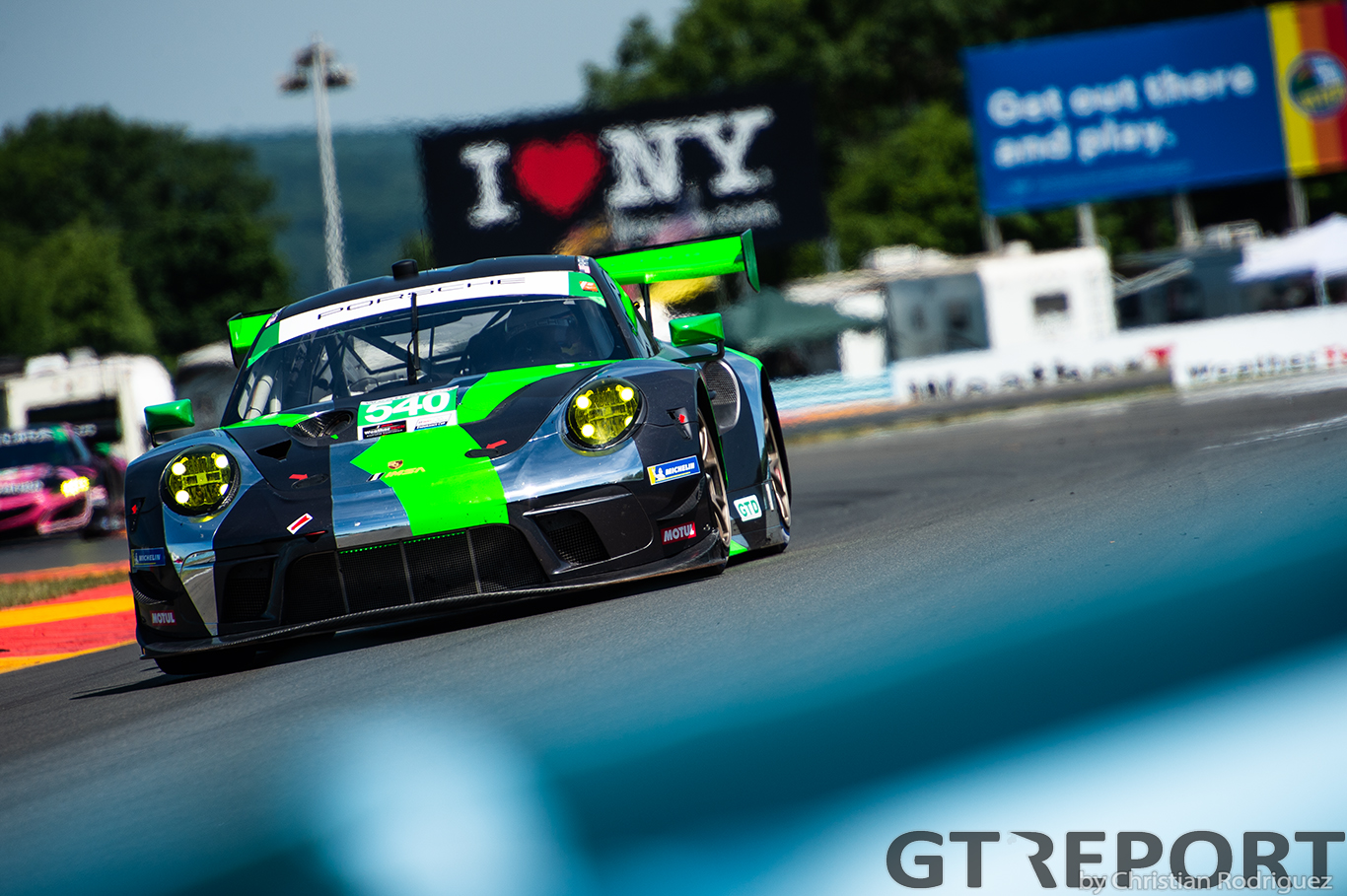 Tim Pappas’ own team has made a return to racing in America after a Daytona-Glen double last year with a Porsche filled with talent that could threaten the full-season regulars.

Joining Pappas is travelling gun-for-hire Bleekemolen, a man who is no stranger on how to get in a car and squeeze every millisecond out of it, Porsche junior Müller and yet another Porsche GT3 Challenge champion, this time in the form of Trenton Estep. All of them are no strangers to the cockpit of a 911, so it will be fascinating to see how they combine and whether the team can pick up any silverware. 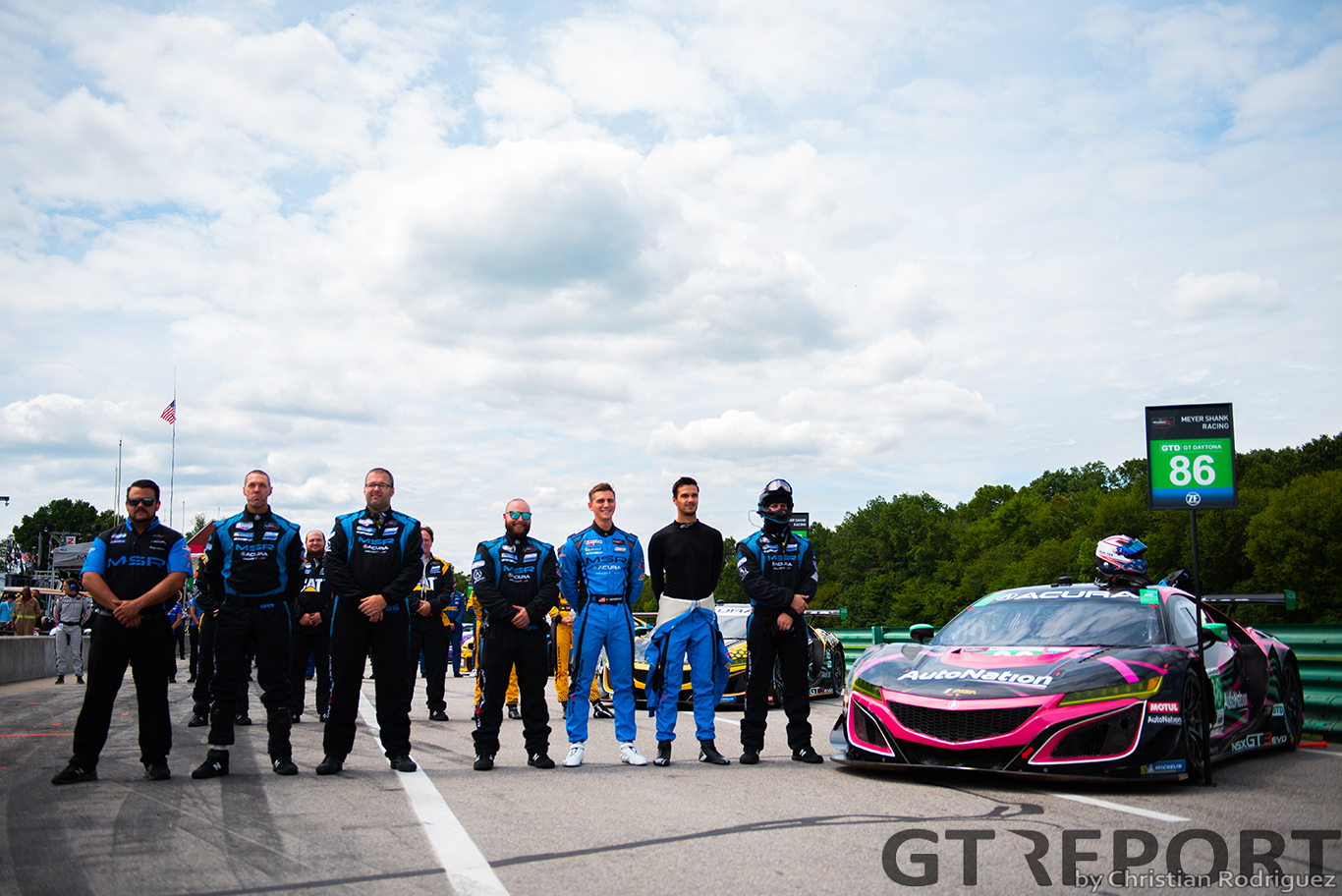 The reigning class champions have returned with a new two-car entry for the 2020 season as title holders Farnbacher and Hindman have been split up between the two Acuras as the MSR team hopes to spread the success.

They’ve not left anything to chance in that quest. Joining Hindman are experienced hand Allmendinger, the rapid Silver-rated Goikhberg and a man no stranger to the top step of the podium – and indeed one that can quickly adapt to a wide range of GT3s – Parente.

The #86 might not have the same number of years under its belt, but the team features rising GT stars hungry to put one over the more experienced line-ups elsewhere in the field. 22-year-old McMurry already has an IMSA class title under his belt, Michimi is continuing to build up his American racing knowledge while Gounon is rapidly becoming a man to turn to when a result is quickly needed. 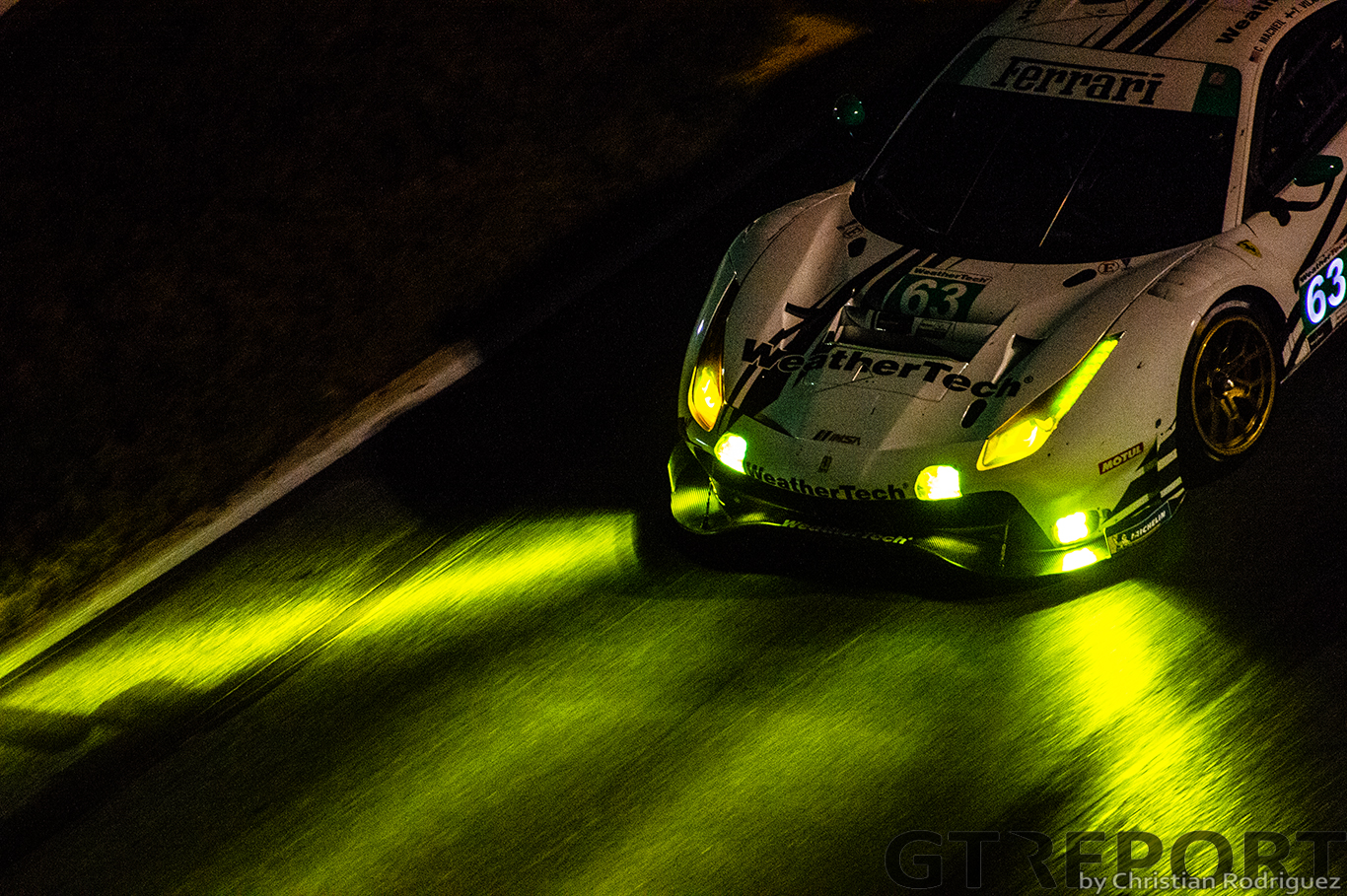 There’s just a few certainties in life: death, taxes, and a strong Scuderia Corsa line-up for an endurance race. This year is no different as the only Ferrari in the GTD field maintains a tight-knit group of drivers who have certainly got chemistry on their side with MacNeil, Westphal and Vilander – who’ve raced together all over the world – joined by Balzan, who himself is no stranger to the prancing horse.

That all puts them in a strong position, Vilander can always turn out a remarkable stint when all seems lost, while MacNeil and Westphal are more than capable of consist long-runs when its needed. 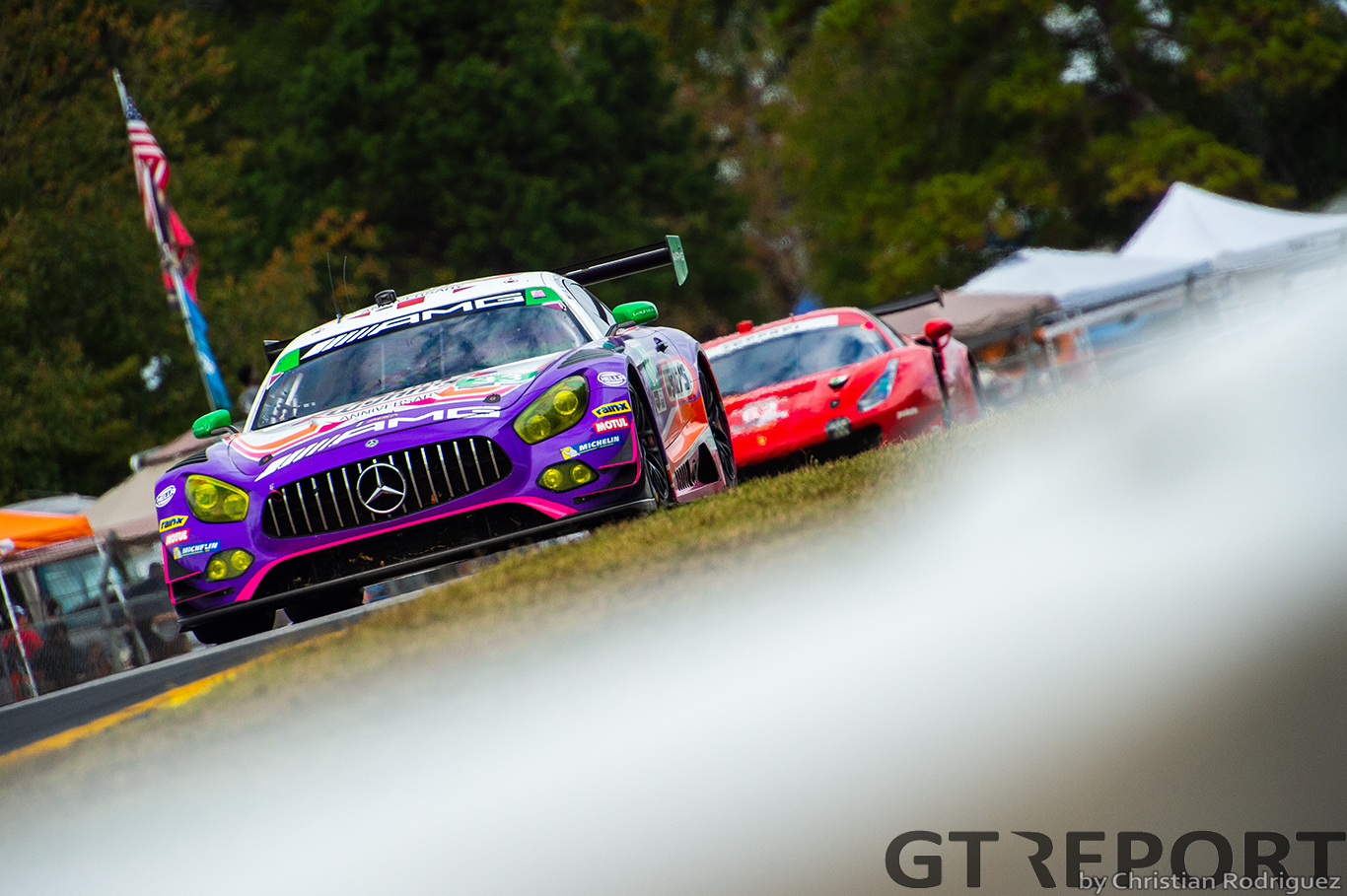 From the only Ferrari in the field, the next entry is the only Mercedes but it features a number of familiar drivers, not least WEC teammates Keating and Fraga, who will be moving their partnership over onto the speedway.

Jumping in the three-pointed start alongside them is Lawson Aschenbach – who has won several GT championships in the states in an almost equal variety of machines – while fourth driver Robinson is probably best known as running the eponymous Robinson Racing team alongside father George which closed at the end of 2019. Gar’s own racing experience comes from Trans-Am and the Australian Skye Sands Combined Sedans series. 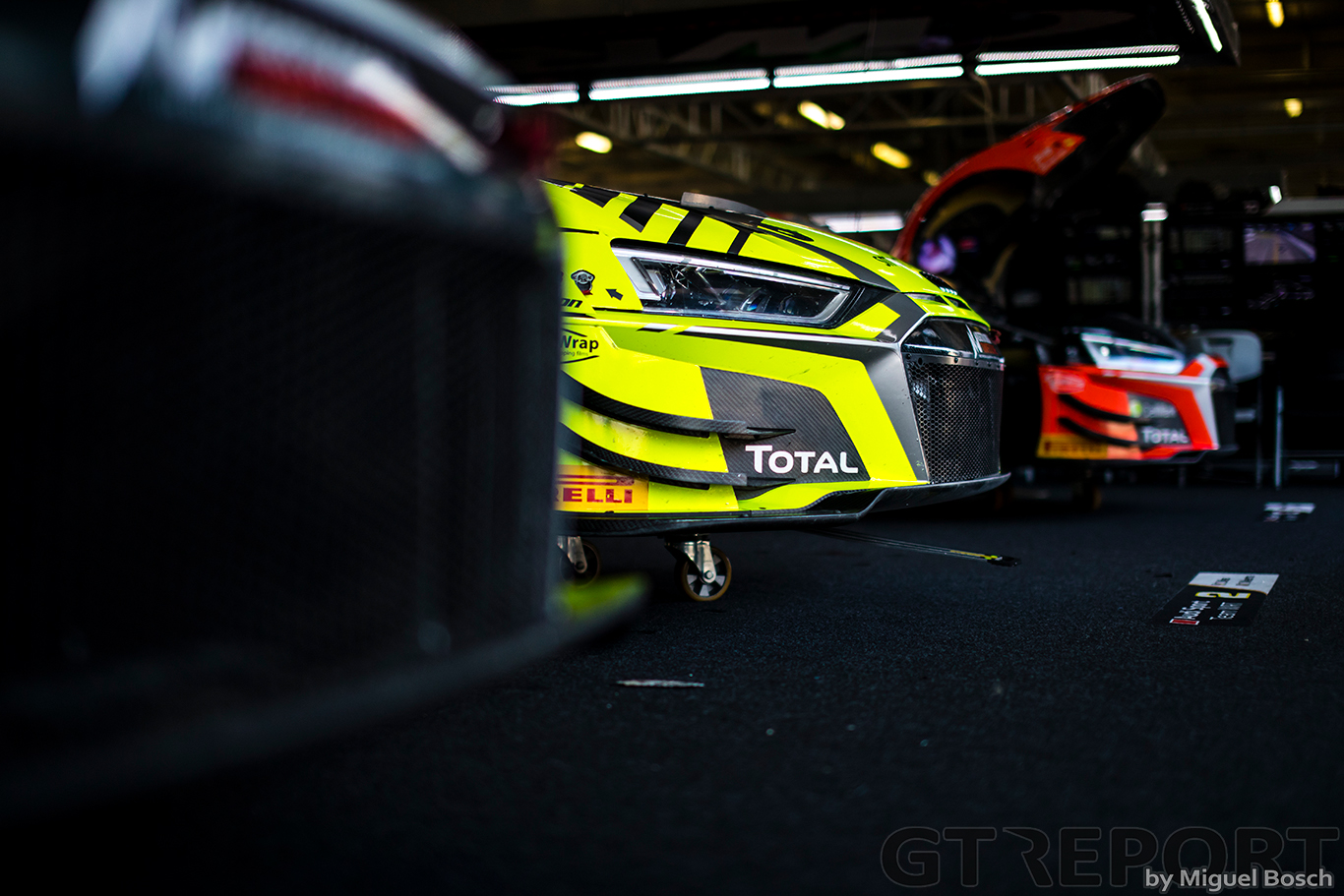 Think of Audi GT3 teams, and you’ll probably think of Team WRT. Vincent Vosse’s all-conquering team has continued to expand its reach and has returned to America with the sole Audi in the IMSA field and a line-up that puts to bed any myths that the Belgian squad isn’t taking their Floridian trip seriously.

As well as Morad – who has raced for the team a few times in the banking – and one of the fastest of the new generation of GT racers, Dries Vantoor, two names more familiar with Lamborghini are stepping across to the four rings. The first of which is Rolf Ineichen, a more than capable silver who has 42 wins under his belt in a variety of cars and championships, but the biggest is probably Mirko Bortolotti who has left the Italian marque for pastures new as an Audi factory driver. 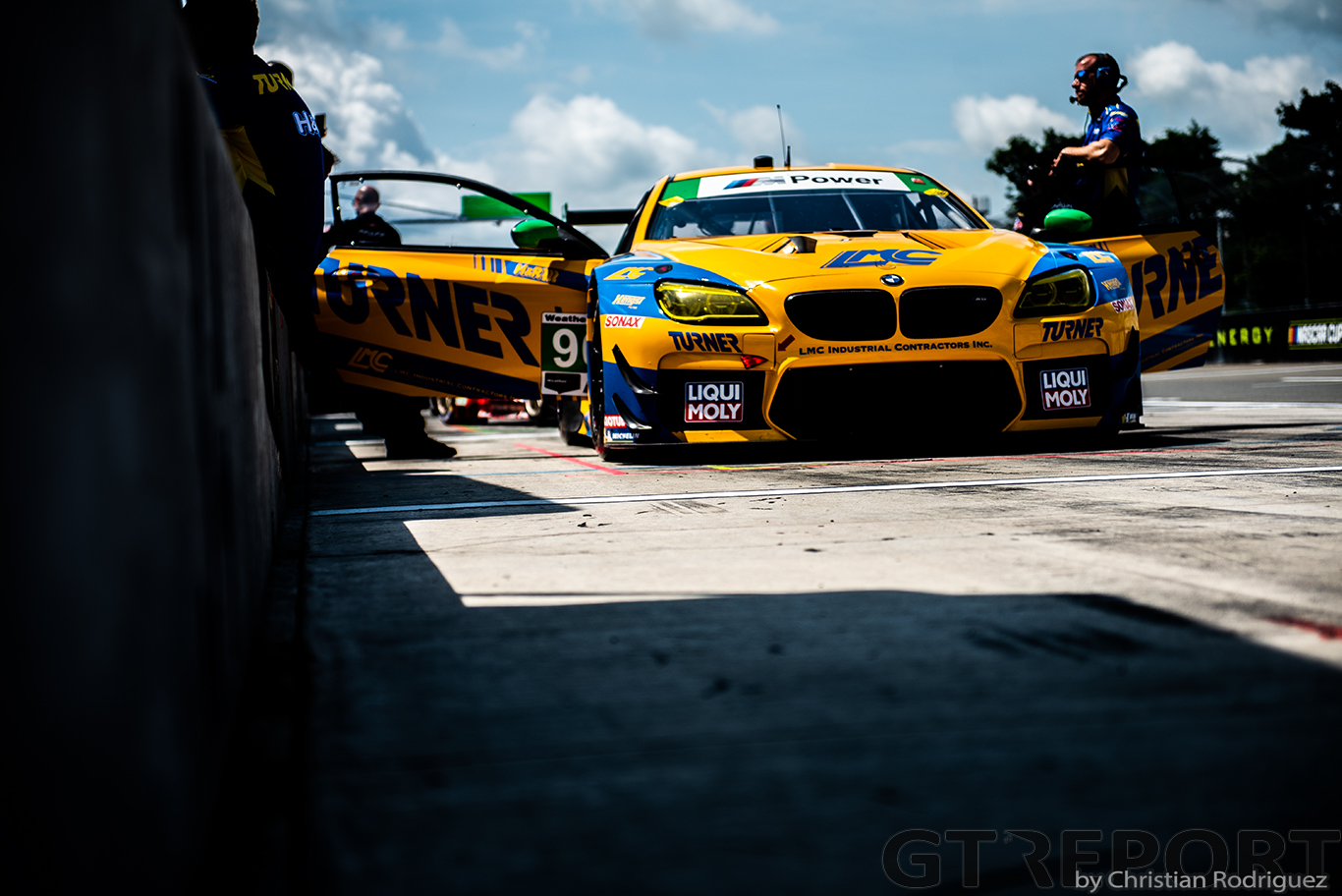 Long-time BMW team Turner Motorsport has entered 2020 on a high, having won the season-ending Petit Le Mans in its long-serving M6 GT3. That though has given them a boost of confidence heading into the new decade as Auberlen – a veteran of both the team and the German manufacturer – returns with the two teammates that won alongside him in Georgia – Foley and Machavern.

Completing the quartet is Klingmann, who has become BMWs go-to racer for the GT3 having competed in a variety of series for the marque. 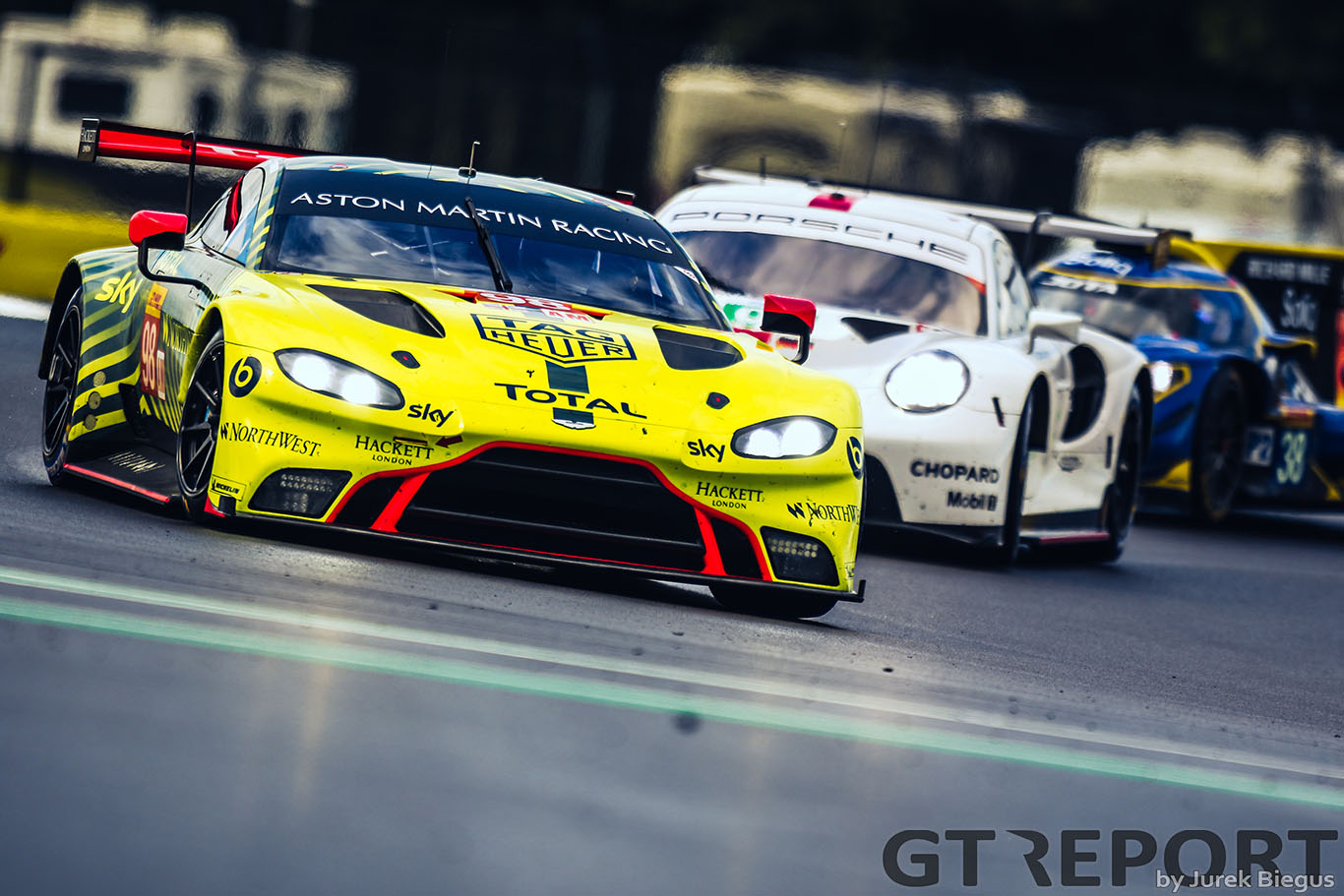 The factory team comes into the 24 Hours on the back-foot having already lost one of its drivers to a skiing injury. The intention was for WEC GTE Am Champion Paul Dalla Lana to get the band back together with Lauda and Lamy as well as new team-mate – and British GT Champion – Ross Gunn. However, the injury has put to pay to that plan and instead Andrew Watson, who has flourished since his swap from McLaren, will come in to the team as a second silver with a point to prove as he looks set to race in the USA for the very first time.

Expect this team, with the perfect split of youth and experience, to do very well. 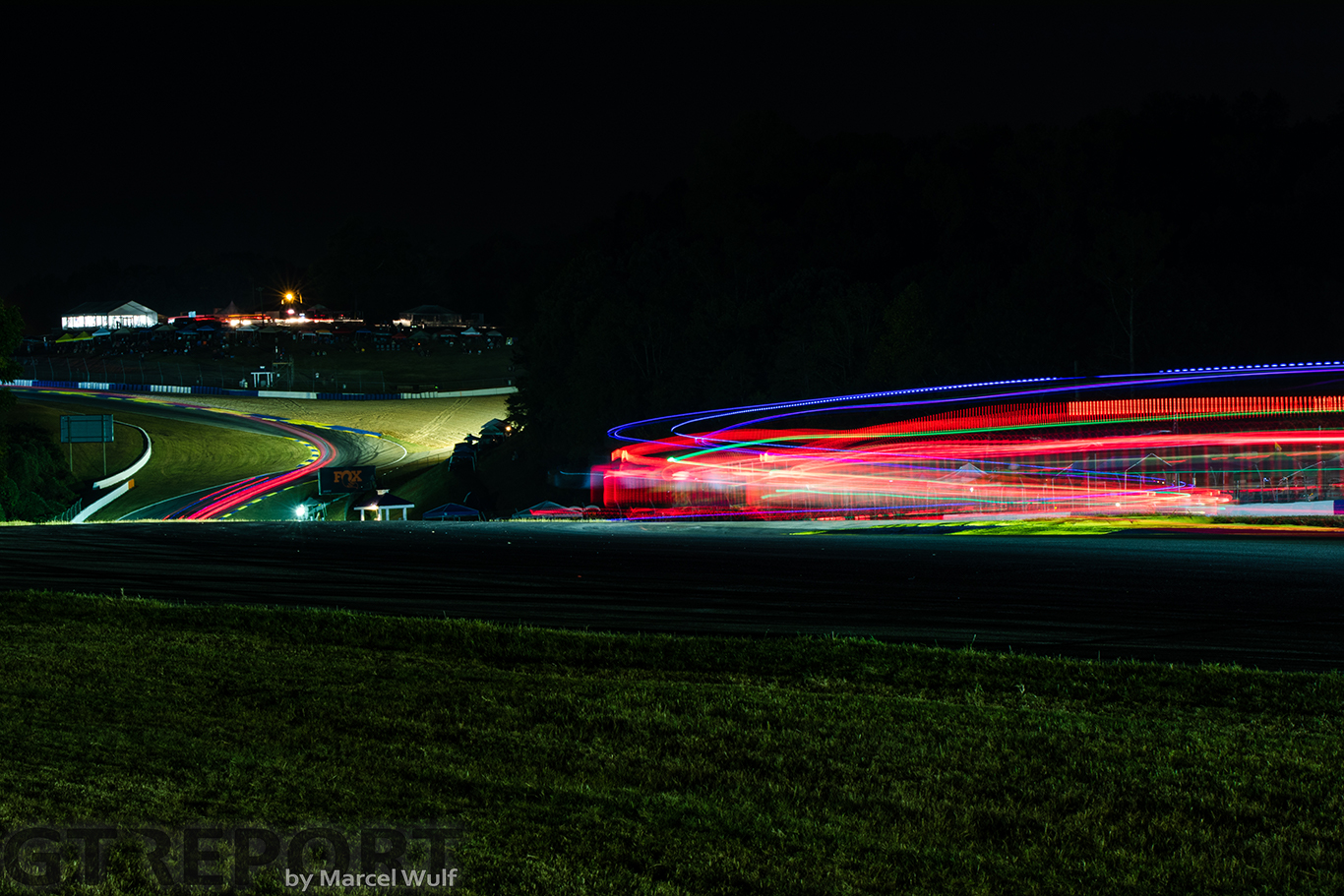 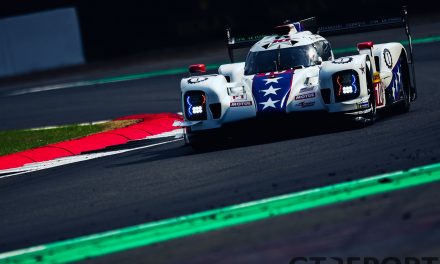 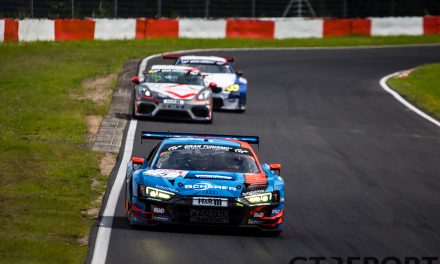 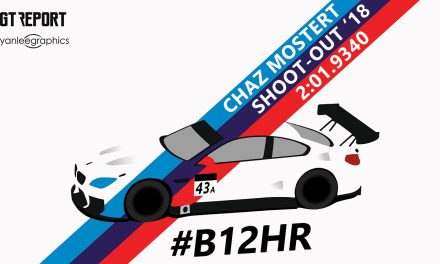