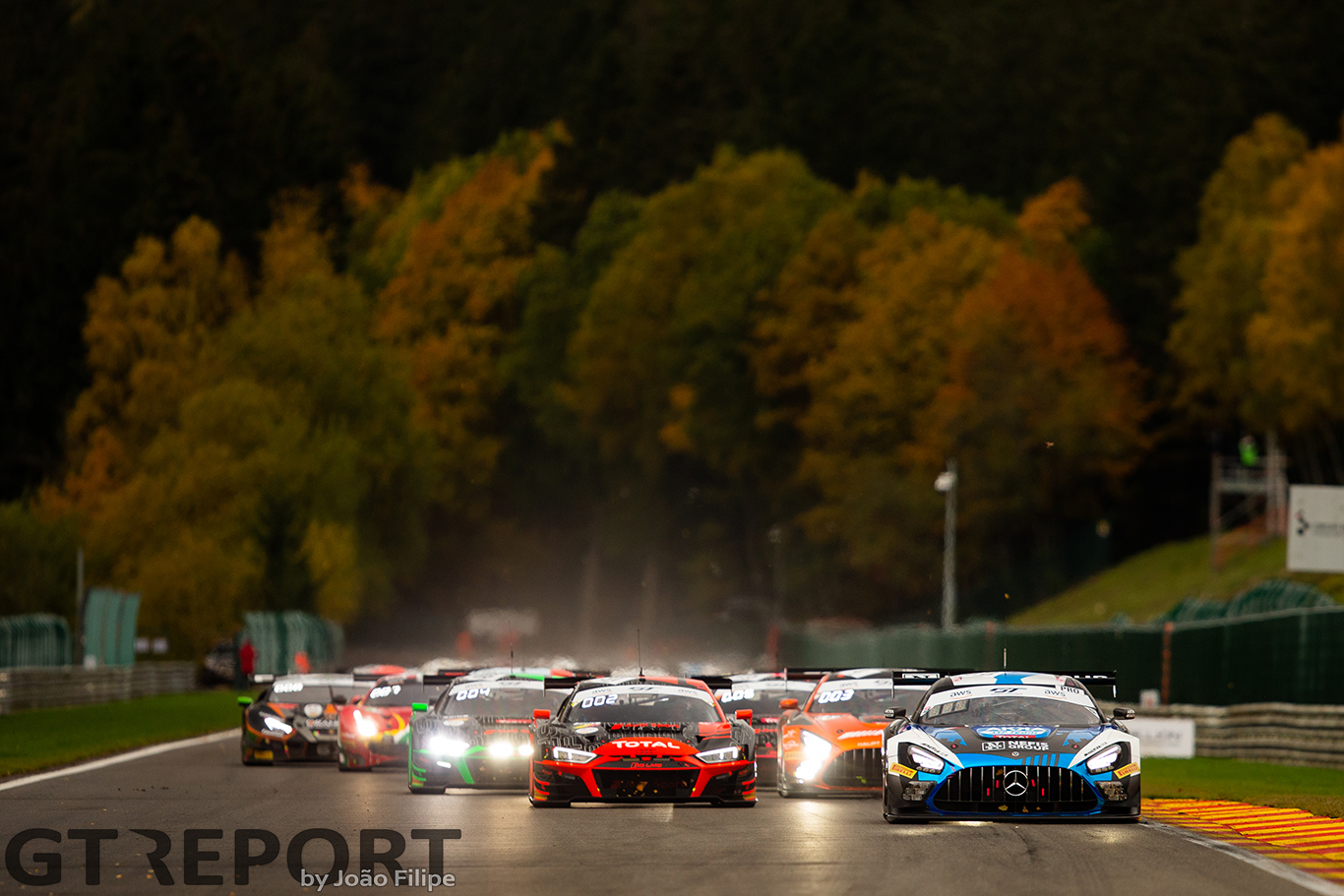 All that can really be predicted with a 24-hour race is that the result will be unpredictable. It sounds trite but form guides count for nothing in this environment. Minor rule infringements, lapped traffic, punctures, safety cars and more can and will conspire to steal the victory and hand it to a rival.

The 2020 Total 24 Hours of Spa was a textbook example with the eventual winner starting in 20th place on the grid and only hitting the front of the pack in the final hour of the race. Yet, had this race run to 25 hours as originally mooted due to the overnight change to winter time, winner Nick Tandy would have been one of those left at the side of the track rueing what might have been.

Of the 56 cars taking the start just 30 made it to the chequered flag. When the flag fell, 11 were in the pit lane and 15 had retired from the race. 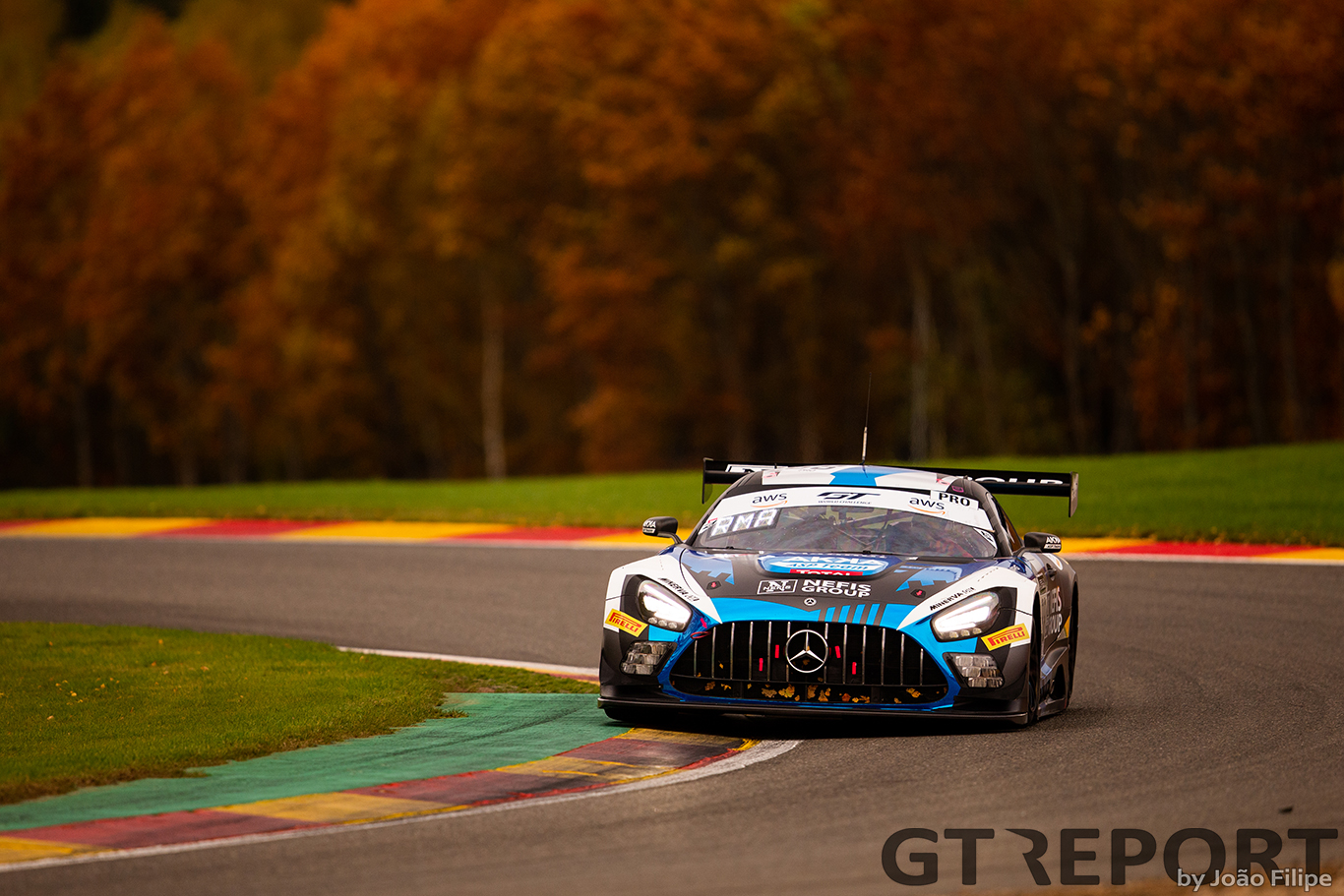 As it was, much of the first half of the race seemed to follow the expected script. The pole sitting #88 Mercedes-AMG Team AKKA ASP of Raffaele Marciello, Timur Boguslavskiy and Felipe Fraga led for much of the first half of the race. The team’s somewhat unusual strategy saw Marciello and Fraga trading triple stints until a brake failure on lap 263 put the car out of the race leaving Timur Boguslavskiy without a single race lap turned. Despite this, the young Russian retains the lead in the overall GT World Challenge Europe championship while joining teammates Marciello and Fraga at the top of the Endurance Cup charts as they picked up valuable points at the 6-hour mark.

At the front with the #88 AKKA ASP Mercedes-AMG was the #63 Orange1 FFF Racing Team of Dennis Lind, Andrea Caldarelli and Marco Mapelli. They took a more traditional view on driver changes with each completing a similar amount of time behind the wheel, although Mapelli was the only one not to put in a triple stint. It seemed that the Lamborghini and Mercedes would be fighting for the lead to the end. However after the #88 dropped out the #63 was clear at the front until lap 371 when Dennis Lind, 20 laps into the third stint of a treble, lost the Lamborghini at Eau Rouge and went heavily into the barrier at pit lane exit.

Audi had five cars in the top class and in the early part of the race all seemed in contention at one point or another. By the 7-hour mark, however, all had dropped out of the top ten and the mid part of the race saw them struggle to get back in. By daybreak on Sunday morning, three of the cars had retired whilst the remaining two, #25 Audi Sport Team Saintéloc Racing and the #66 Audi Sport Team Attempto Racing, were back in the top three and looking strong for the win. 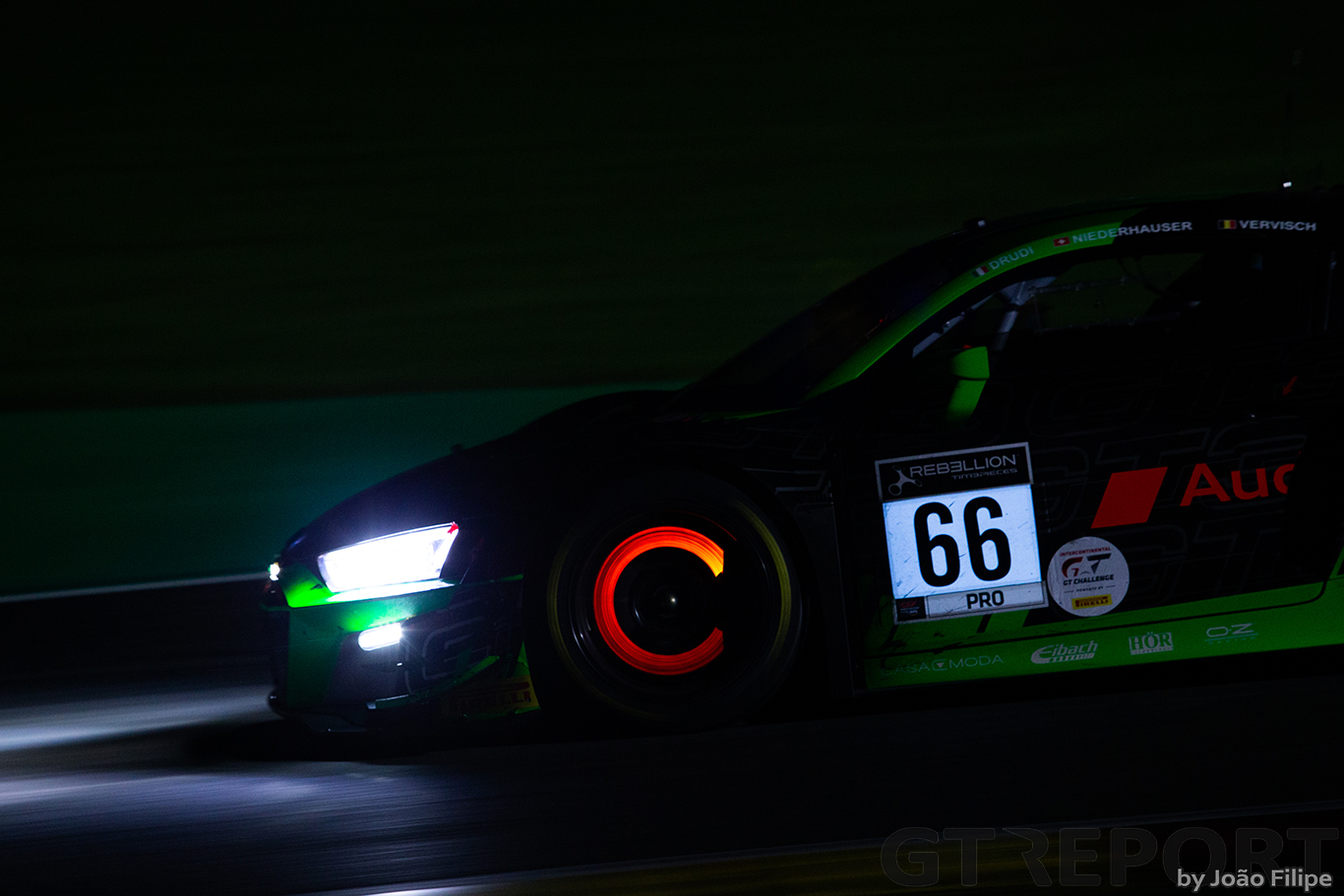 An inspired tyre choice by the #66 saw them switch to wets when others were changing to slicks minutes before the Ardenne weather unleashed a torrent of rain on the track. The result was a 95-second lead, yet as is the way of these things, a safety car period took away the advantage as quickly as the rain had provided it.

Porsche had also packed this race with Pro teams with eight cars vying for the overall victory. At the end, four of those cars were in the top ten, three of which were top four finishers with two further cars in 12th and 14th place. Last year’s winners, GPX Racing, saw their #40 car finish in 11th and the #12 grabbing fourth on the last lap.

The winning drivers from last year had less luck, finishing in 14th place six laps down. The #47 KCMG Porsche 991.2 GT3R of Michael Christensen, Richard Lietz and Kévin Estre started well holding second place for a while until a drive-through penalty for Christensen dropped them to 12th. Technical issues in the night meant the team never quite recovered, finishing in 13th.

The race winning #98 Rowe Racing Porsche of Nick Tandy, Earl Bamber and Laurens Vanthoor was the perfect example of how to win a 24-hour race. Starting from 20th on the grid, for much of the first seven hours they were floating around outside the top ten. Up to the 23rd hour they were sitting consistently in the top three before taking the lead in the final hour. 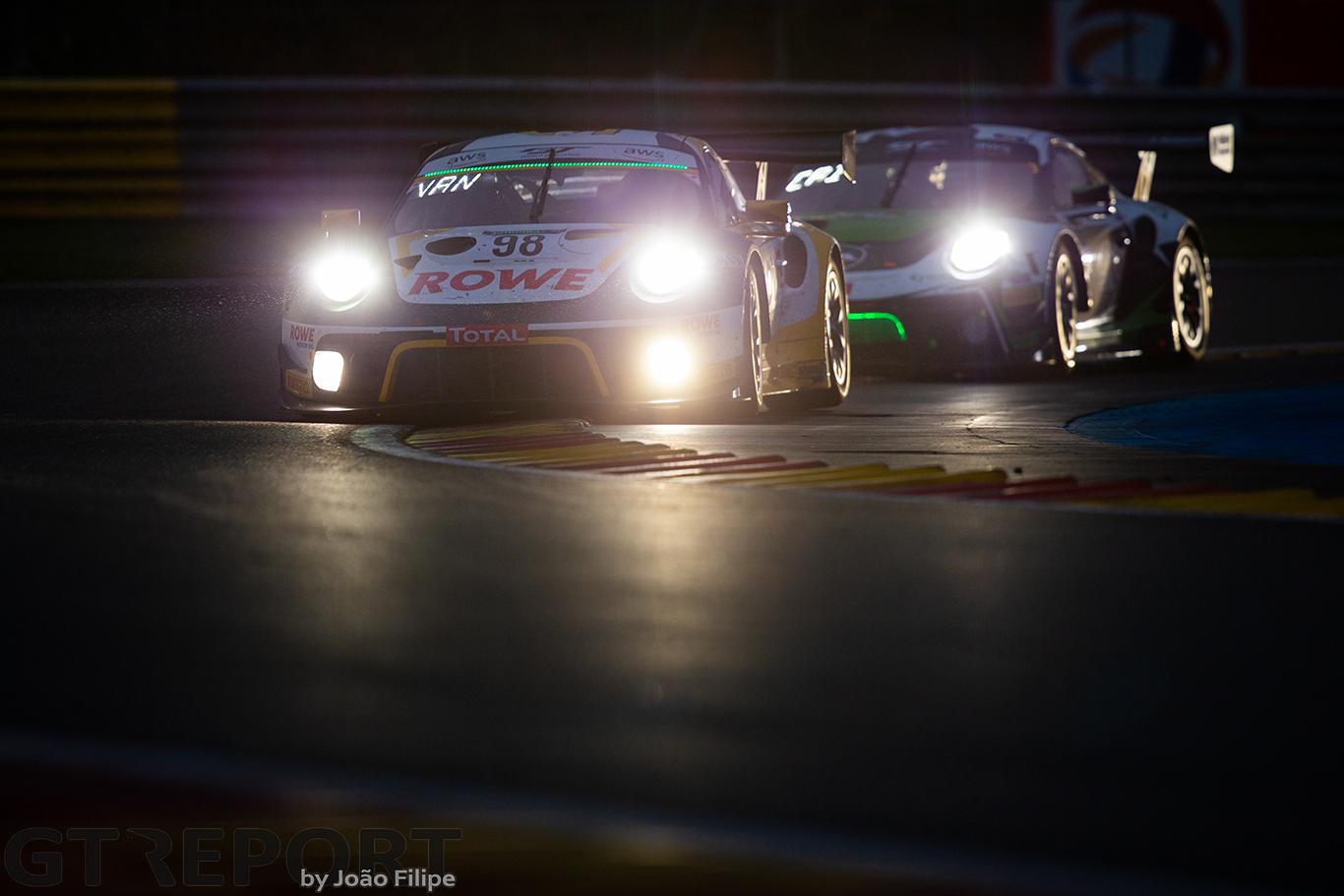 They completed 28 successful pit stops amounting to 1 hour, 10 minutes and 10 seconds in the pit lane. Whilst races can be won and lost in the pitlane, in this case, Rowe clearly won the race on the road having spent 44 seconds longer in the pitlane than the second-placed #66 Attempto Racing Audi.

On the penultimate lap the onboard cameras registered a disturbing rattle inside the Porsche which left a nervous team in the garage as Nick Tandy nursed the car home which was by this point leaking oil around the length of the track.

Spa 24 Hours debutants Frikadelli Racing were the final Porsche in the top ten, finishing eighth and the last car to remain on the lead lap. Interestingly, they, like much of the top eight finishers, completed 28 pit stops but spent less time than the other seven in the pit lane, a total of 1 hour 7 minutes and 38 seconds — 2 minutes 26 seconds or the equivalent of one racing lap, quicker than the race winners.

Mercedes-AMG showed less of a commitment to this year’s race than their cousins from Stuttgart and Ingolstadt with just two cars entering into the Pro category. One we’ve already mentioned, the second was the #4 Mercedes-AMG Team HRT with the very capable Maro Engel, Luca Stolz and Vincent Abril. The former Black Falcon mob had a solid race but never really got too near to the front but never slipped out of the top ten either, finishing seventh.

Ferrari had a good race and were close to winning their first Spa 24 Hours in the GT3 era. The #51 AF Corse of Alessandro Pier Guidi, Nicklas Nielsen and James Calado held the lead for several hours during the night before slipping down the order in the closing stages to finish in fifth. 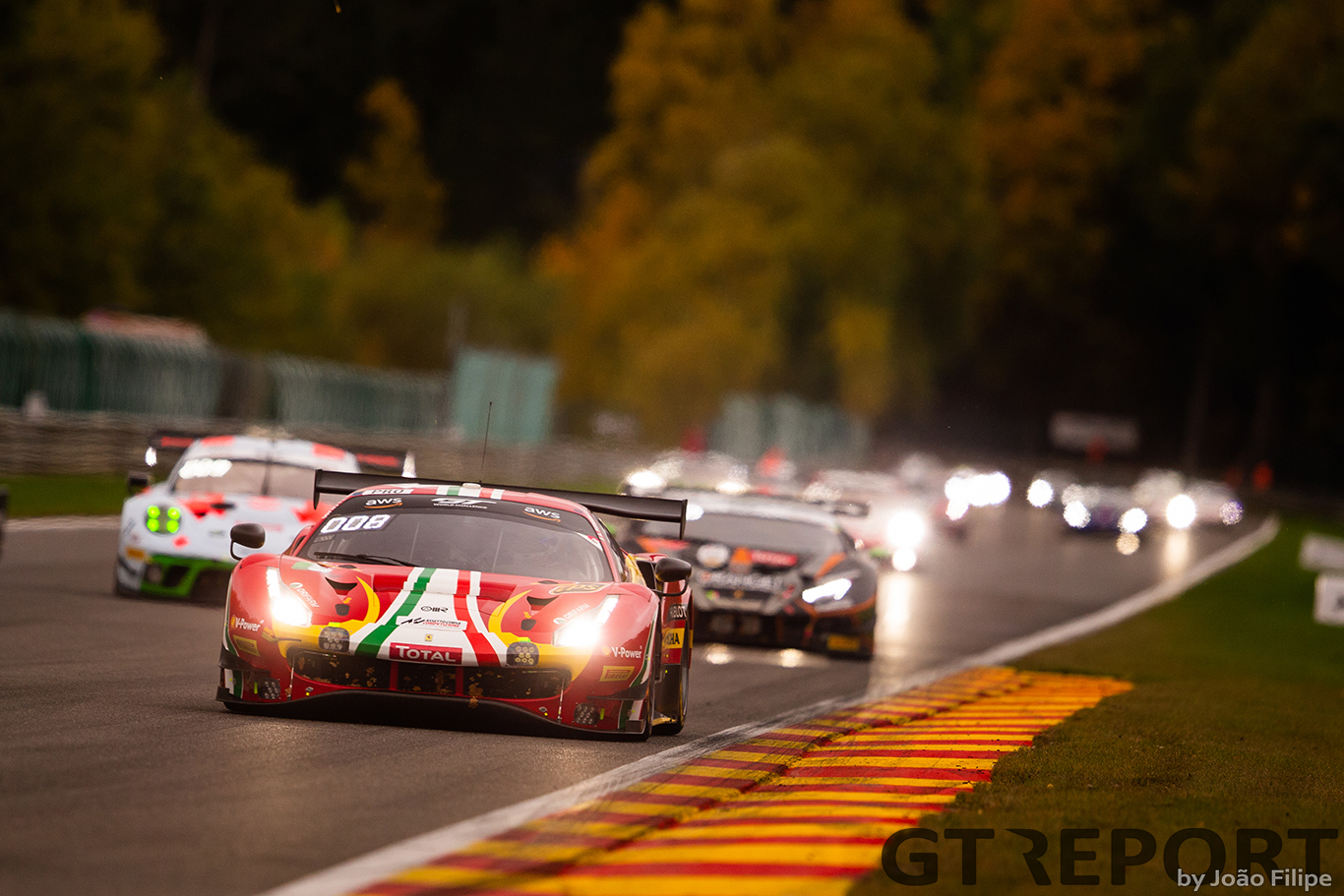 The #72 SMP Ferrari had even worse luck which seemed to sum up its season so far. Miguel Molina, Davide Rigon and Sergey Sirotkin were up to fifth and looking strong for a top three finish. With less than two and half hours to go the #72’s charge was halted when and with no fault of his own, Serotkin was tagged by the #12 GPX Porsche of Patrick Pilet. Serotkin was put into the tyre barrier and with two laps lost as he waited to be pushed back to the track the AF Corse-run SMP car was effectively out of the battle. The #72 was finally forced to retire with 15 minutes of the race remaining after another incident saw it rear ended resulting in too much damage to continue.

The single Honda NSX GT3 in the field took ninth with Dane Cameron, Mario Farnbacher and Renger van der Zande regularly appearing at the top of the timing sheets in the early stages of the race due to their different pit strategy which also saw the team complete just 25 stops. Amongst their three drivers it was Farnbacher who did most of the heavy lifting, completing 44-percent of the driving time in a total of 12 stints and 242 laps. This compares with his teammates Van der Zande and Cameron who completed nine and five stints respectively. 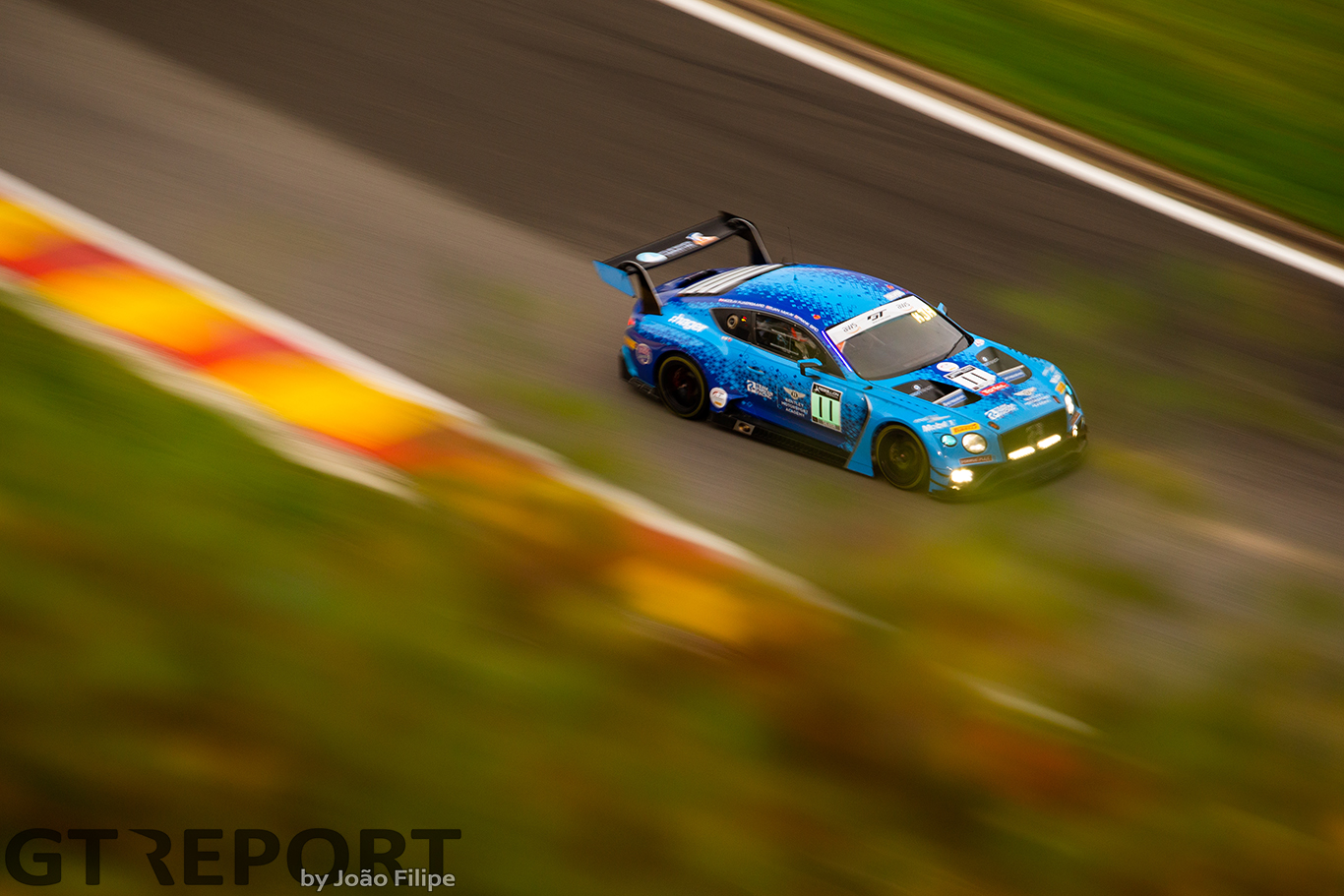 Honda weren’t the only manufacturer to score a 100-percent finish for all its teams, Crewe’s finest, Bentley, counted out five cars at the start and counted them all back in at the finish. The two K-Pax cars took tenth and twelfth despite Jules Gounon getting the #3 up to fourth earlier in the race. Team Parker Racing took 28th just ahead of the two CMR cars in 30th and 33rd which included the Am class victory for the #108 of Clément Mateu, Romano Ricci, Stéphane Tribaudini and Stéphane Lémeret.

Both Walkenhorst BMWs failed to finish in the Pro class but some BMW pride was saved by Boutsen Ginion who brought their Pro-Am entry home 25th overall and 5th in class.

The lap total count was 527 with 445 laps running under green for a total of 18 hours, 26 minutes and 10 seconds. The remaining time was broken up by 18 full-course yellows and 14 safety cars sprinkled amongst 43 yellow flags and thankfully no red flags. 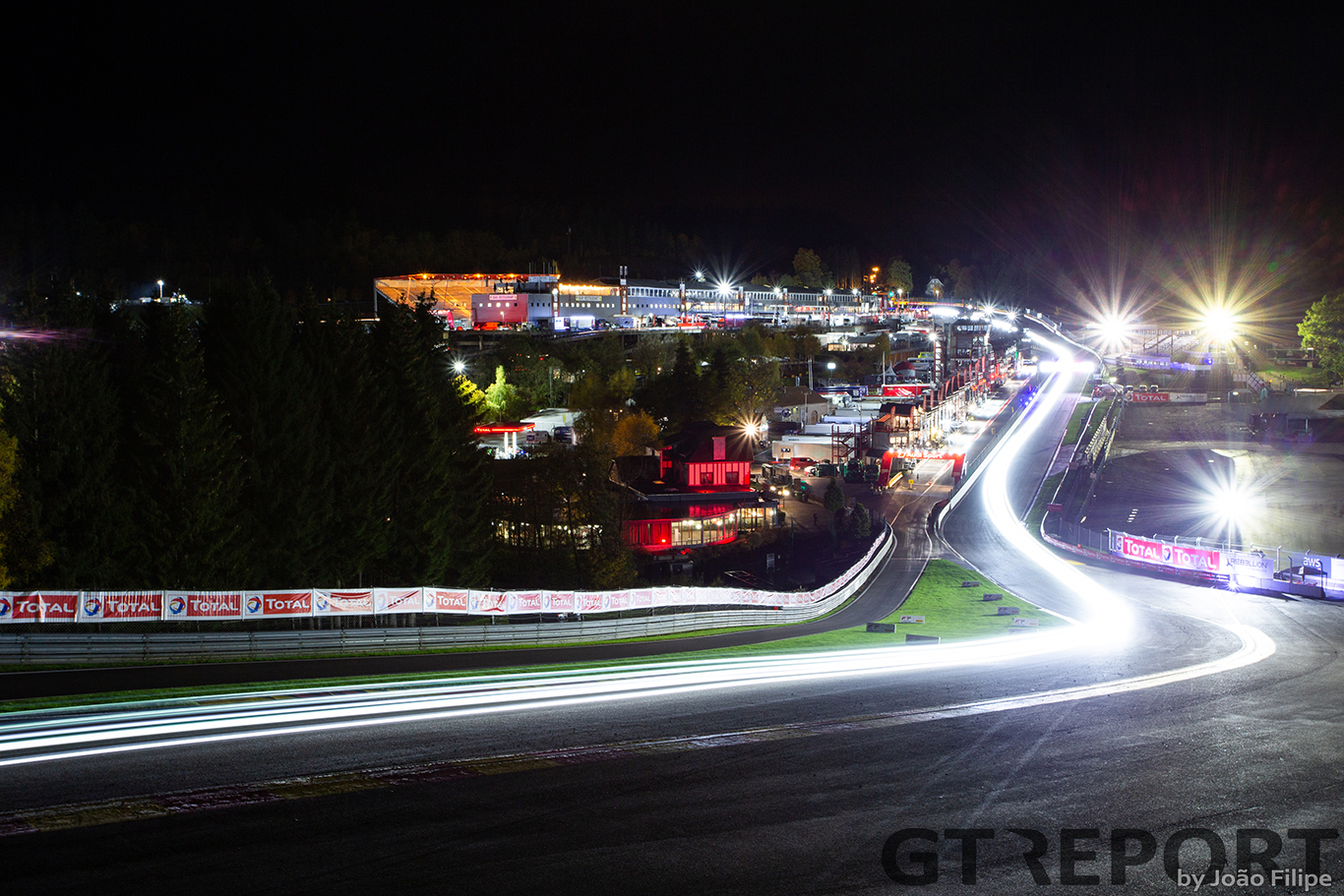 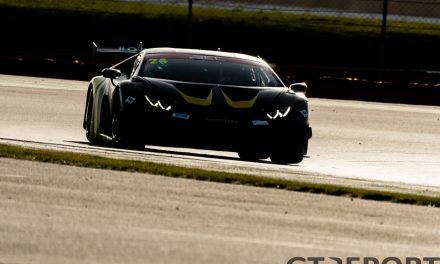