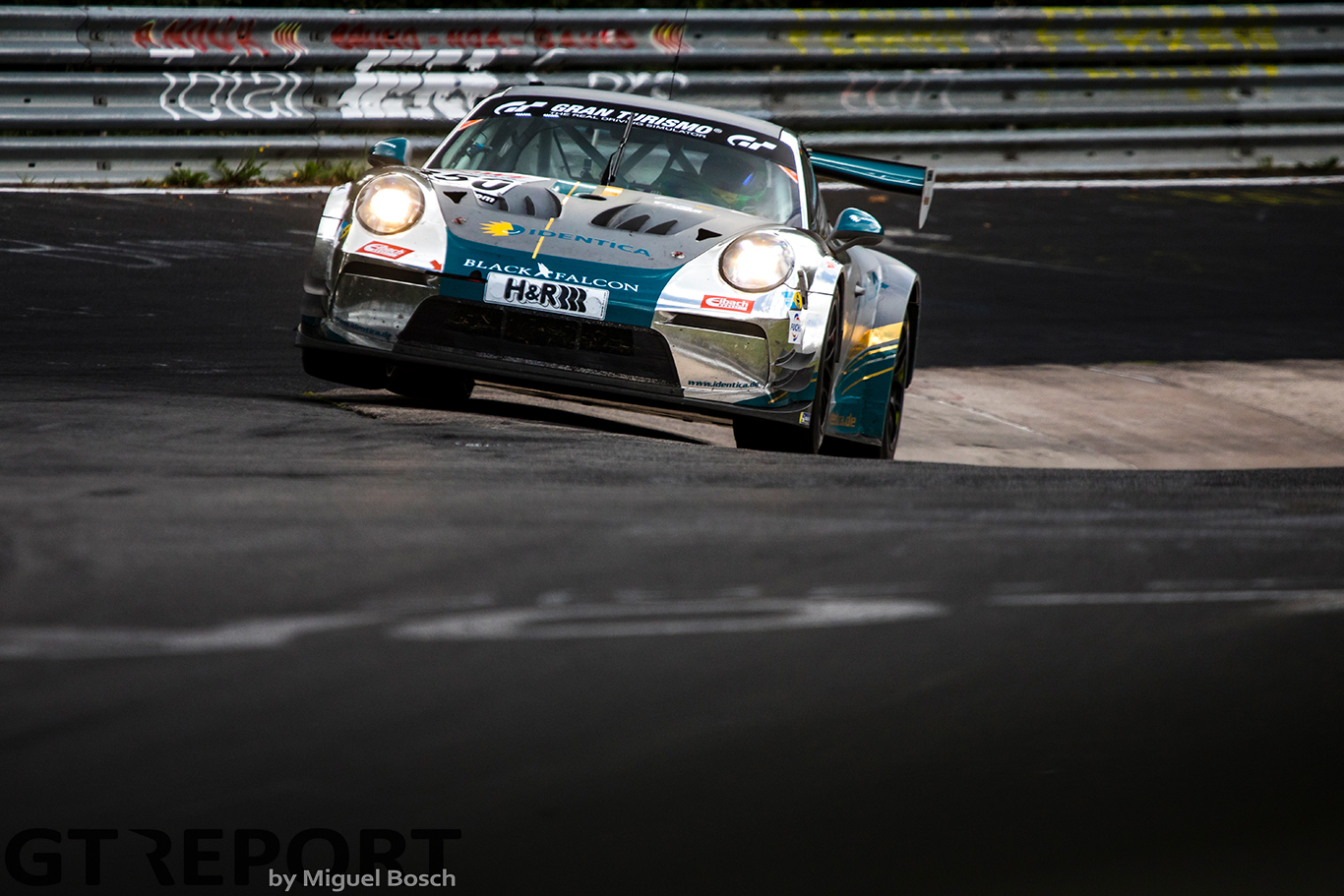 It went from a first phone call from Rutronik Racing to signing the deal in no-time. Within just a few weeks around New Year, Tobias Müller joined the top rung of the VLN Nürburgring Endurance Series racing the Porsche 991.2 GT3R.

It all started when Tobias Müller caught the eye of Porsche Customer racing’s Marc Lieb last year while racing for Black Falcon in the Porsche 991 Cup MR II, a machine somewhere between GT4 and GT3. While alone in the SP-Pro class, Müller’s quick adaption from the Mercedes-AMG GT4 to the upgraded Porsche 991 Cup MR II and his ability to bring the fight to the GT3s in inferior equipment, was reason for the former Le Mans 24 Hours winner to suggest Rutronik Racing take a close look at the driver from Euskirchen to fill one of the teams’s seats for its maiden campaign at the Nürburgring.

“At the start of last season I already had some good talks with Porsche and at the pre-season test at Portimão I met some engineers from Porsche and people from Customer racing,” Müller says.

“We were the only team with the Porsche 991 Cup MR II, so Porsche followed us closely. Our engineer was also the main engineer at Rutronik Racing, so there’s always some talk.

“The team asked me if I was interested in racing their car this year. Two days later I had a call with Porsche and then it all went quickly with meetings and signing the contract.” 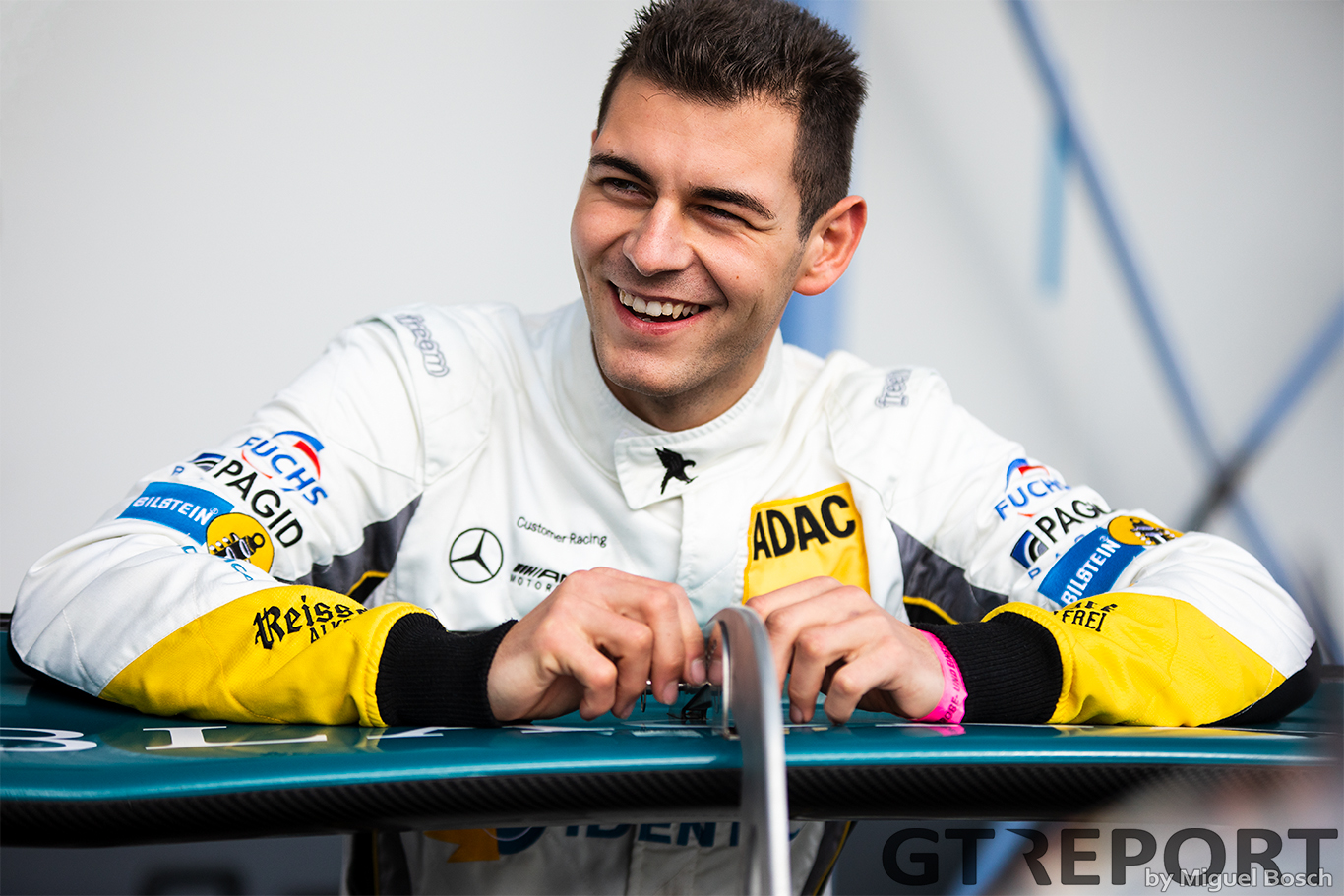 While the HCB-run Rutronik Racing will enjoy factory support from Porsche and works drivers Romain Dumas and Julien Andlauer joining Müller and Tristan Viidas – teammates at Black Falcon in 2019 when they won the GT4 championship – in their first attempt at taming the Green Hell, Müller is trying to temper expectations.

“The team is new in terms of the Nordschleife and endurance racing, but the main engineer, Sebastian, has a lot of experience with us [at Black Falcon] over the last two years with the Mercedes-AMG GT4 and the Porsche 991 Cup MR II, so he knows exactly what to do at the Nordschleife.

“I think it’s a big advantage to help us get going and fully perform from the first race on.

“In addition to that, Porsche will also bring a couple of mechanics and engineers, giving us full support.

“It’s hard to say [what we can expect]. We don’t know what the competition will be like. Nearly every GT3 team will be factory-supported. We can’t say yet if we’ll be in the top 10 or 20 – after the first race we’ll see where our performance is.

“Our project will be over after the 24-hour race, so the first races we will be focused on that, we don’t look at the results. We’ll be running test kilometres.” 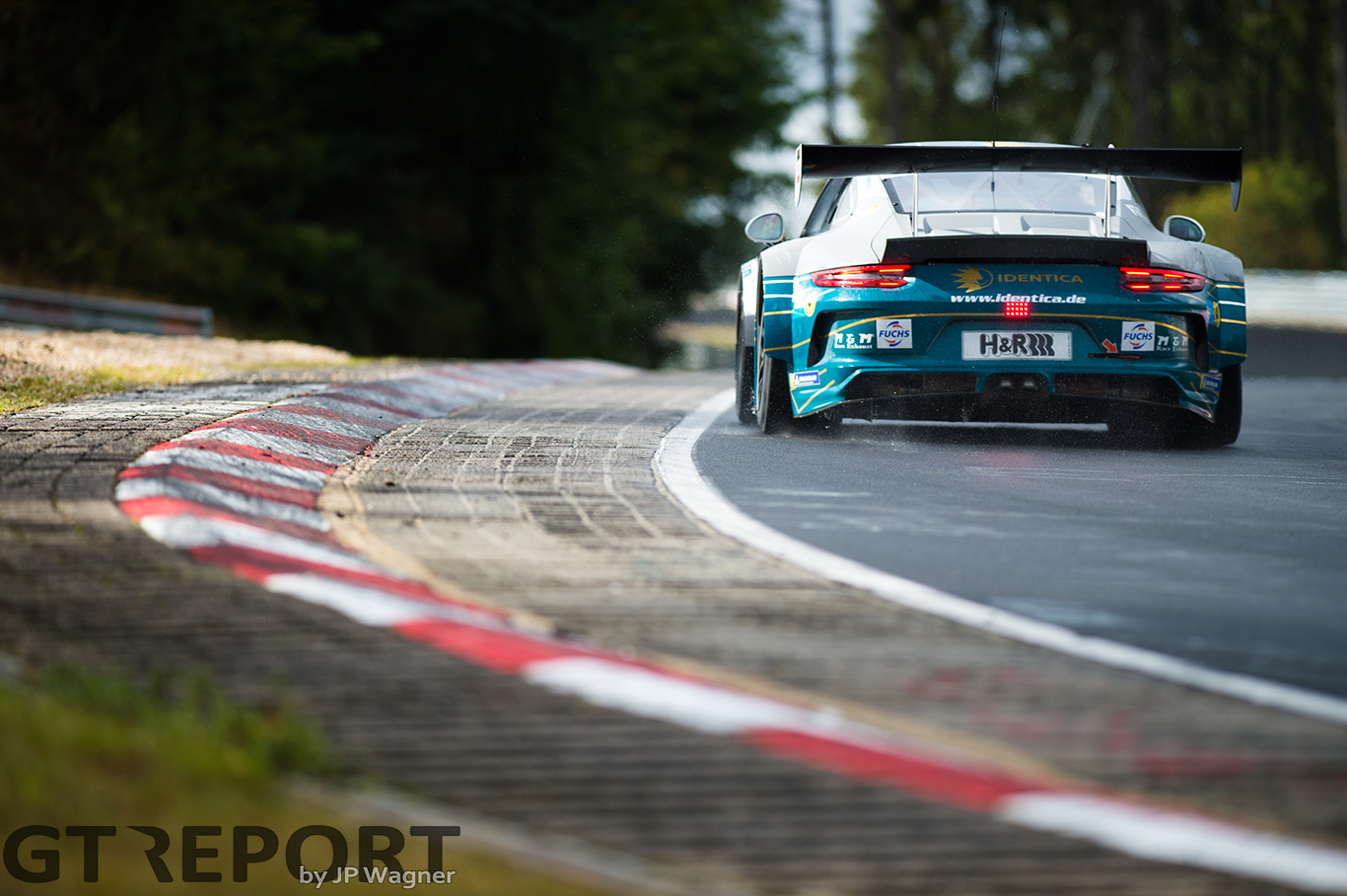 At Black Falcon, the 24-year-old already got a small taste of GT3 as a reward for winning the SP10/GT4 class in 2019 with the Mercedes-AMG GT4.

“Last year at Portimão and the year before in Barcelona I drove the Mercedes-AMG GT3 at the first official event of the new Evo car.

“I don’t think the experience in the AMG GT3 will help me get up to speed quicker in the Porsche 991.2 GT3R.

“At Portimão, it was a gift for a good season with the Mercedes-AMG GT4. We were there to do a brake engineering test with the GT4. AMG Motorsport was there testing the GT3, and I got to do a handful of laps in it.

“That was all it was. It was raining and only a nice gift to get to do some laps in the GT3. After the ten laps we had a small debriefing with the engineers and checked some data.”

Instead, with Europe in lockdown, the most valuable part of his preparation has been at home and includes a lot of reading.

“I’m currently working in our garage and studying,” Tobias describes his time in lockdown. 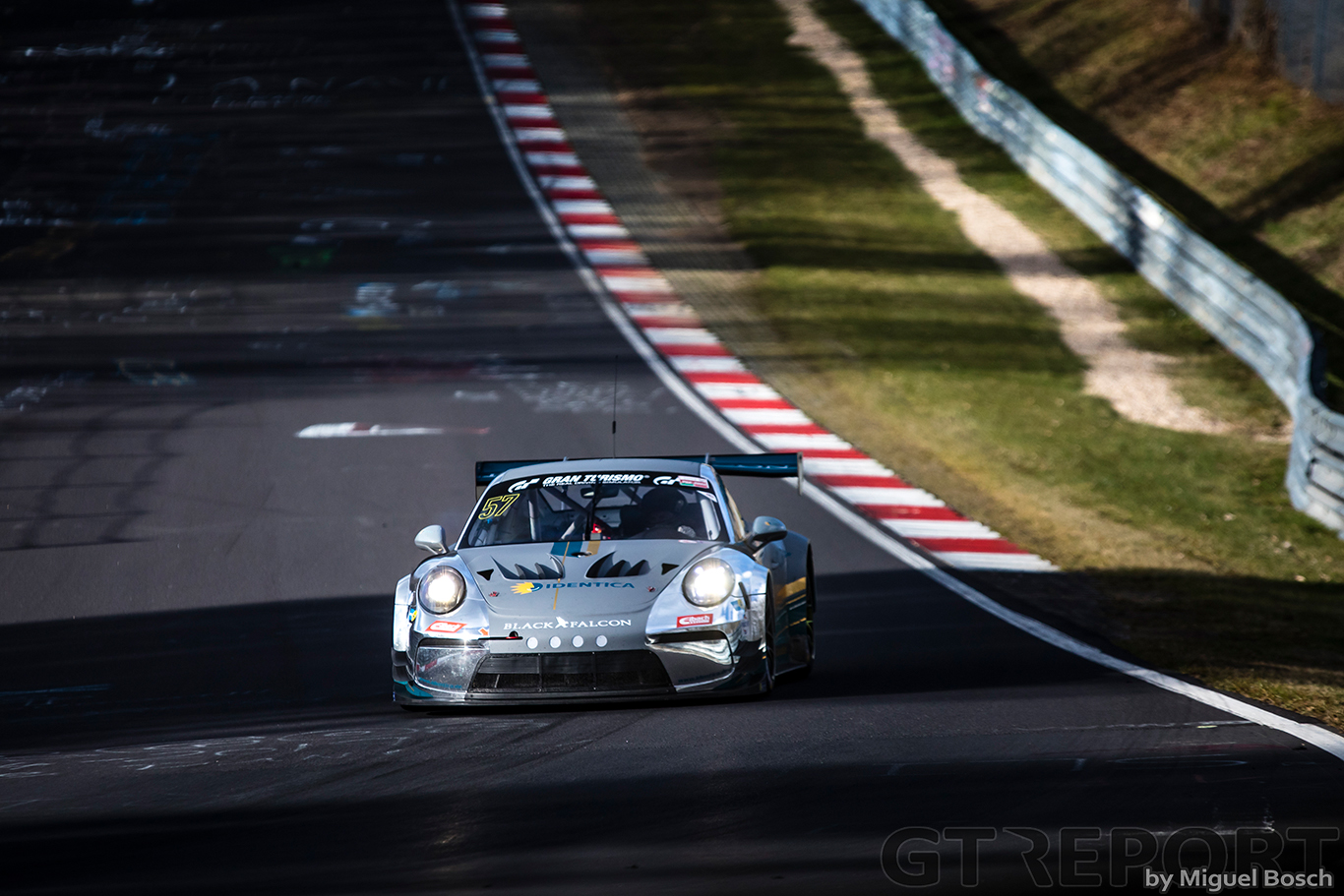 “The team is going all-in. Right now, they’re working on programs for the strategy, they are fully invested in that. From my side, I’m also fully focused and trying to work out as best as possible from home. That is very important, especially for a GT3 with the confidential tyres and much more aerodynamics, so you need your full concentration on driving the car.”

Müller made his first Nürburgring start in 2017, racing for the now defunct Scheid Motorsport in the 24 Hours of the Nürburgring and completing the VLN season with MKR Racing – both in the BMW M235i Racing Cup. GT4 followed in 2019, and a year later he would step up into the Porsche 991 GT3 Cup MR II.

While small steps in terms of car performance, it was the right move, he reckons.

“[When you take] smaller steps from year to year, you can fully concentrate on racing from the first race on. You’re not as nervous because you can concentrate on the new car. If you go directly from GT4 to GT3… It’s possible, but I think it was a good chance to prepare on the Porsche 991 GT3 Cup MR II.

“[Black Falcon team owner] Alexander Böhm said to me: ‘We can do the step from GT4 to GT3, but when you’re in the SP9/GT3 class, you need to do deliver 100-percent. Nobody cares that it’s your first race, that you don’t have much experience and so on. You enter GT3, you have to deliver.’ 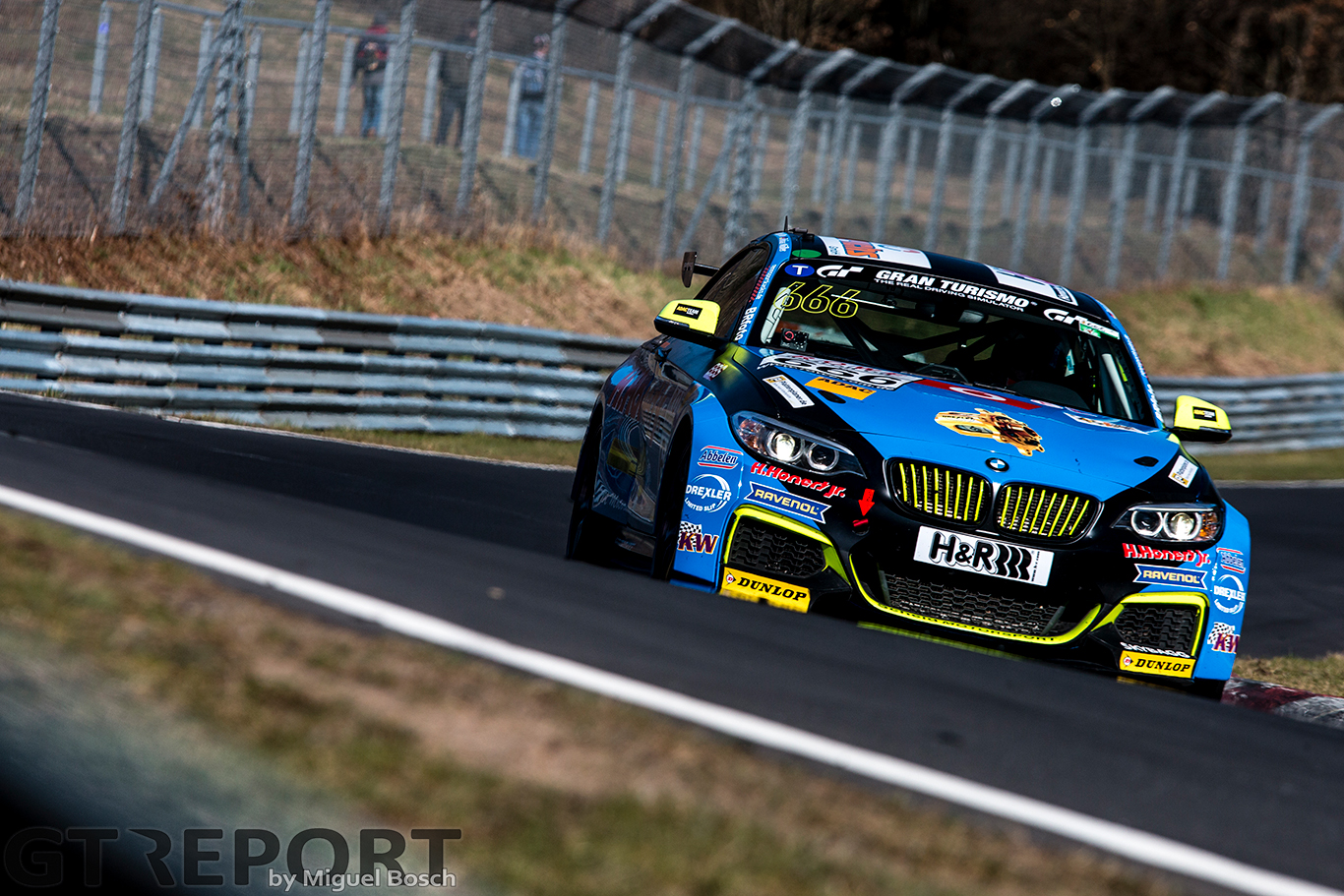 “I trusted him to first gain experience in the Cup MR. Now I can say that I’m fully prepared for a high-downforce car and feel confident that it will be a good first time out with the new car.”

With two months to go until the start of the season, Tobias Müller is ready to go – with his father and VLN race winner Klaus Müller in his heart and mind.

“I’m fully excited! I’m fully focused because I know it will not be easy. GT3 is a high level and we know it won’t be easy for us, but we will give it our best.

“The only thing I feel a bit sad about is that my dad isn’t here anymore to see what I’ve achieved in the last years. We always did everything in racing together, and he believed I could get this far.” 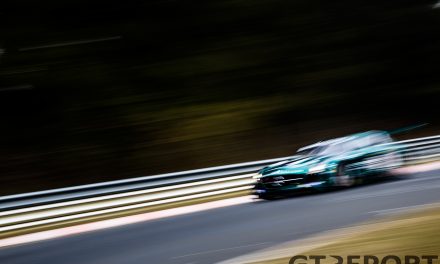