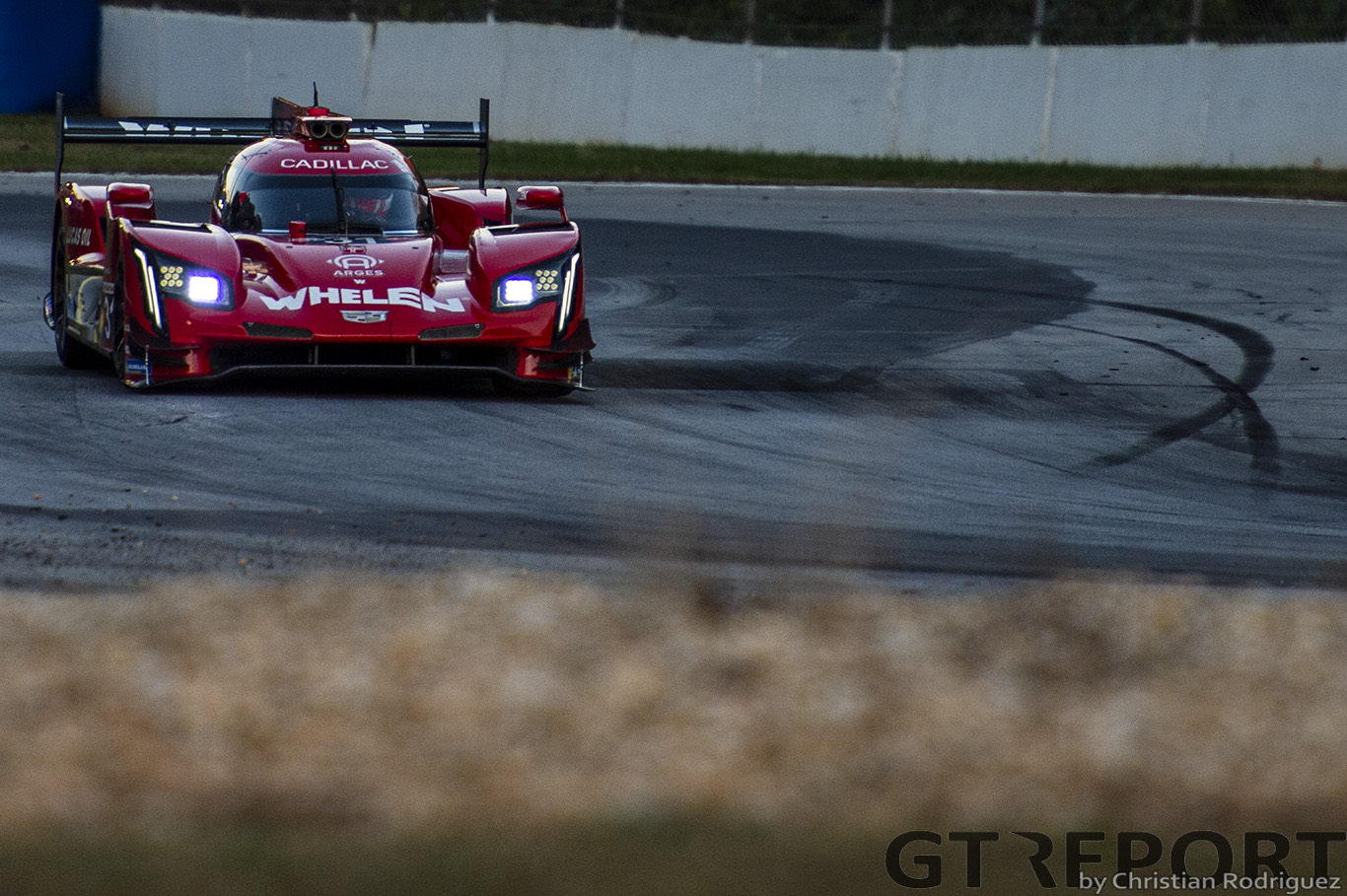 Felipe Nasr made the most of ever-improving track conditions as he gave his IMSA WeatherTech Sportscar Championship title hopes a major boost as he qualified the Whelen Engineering Racing Cadillac DPi on pole for Petit Le Mans at Road Atlanta.

Sharing with Pipo Derani and – for this weekend – Mike Conway, the Brazilian prevailed in a session-long battle over the #55 Mazda of Harry Tincknell, the Japanese marque taking part in its final IMSA session before it leaves the series.

Speaking of departures, Jesse Krohn ensured there was an early positive in the swansong for the BMW M8, as he powered the Team RLL machine to pole in GTLM.

As mentioned above, Nasr demonstrated just how much longevity the Michelin tyres could offer throughout the 15-minute session as times tumbled while sun set over the Georgian circuit.

Initially it was Chip Ganassi’s Kevin Magnussen who set the pace with Meyer Shank’s Dane Cameron close behind but as the track continued to clean up after excursions from the numerous other sessions before the final session for the DPi machinery, Nasr powered himself towards the sharp-end.

Improving his time over a number of laps, the Cadillac driver proved to be unbeatable at the very top of the order. Tincknell came close though, putting his Mazda DPi within 0.015sec of pole and demonstrating that the race itself will very much be open to anyone.

Indeed, third-place was also pretty close behind with Sebastien Bourdais 0.170sec behind in the JDC-Miller Motorsports Cadillac. The American marque dominated the top four, with Magnussen eventually qualifying fourth.

Fifth went to Cameron, with Kamui Kobayashi sixth in the Cadillac he’s sharing with Jimmie Johnson and Simon Pagenaud while championship leader Wayne Taylor Racing only managed seventh with Filipe Albuquerque behind the wheel. 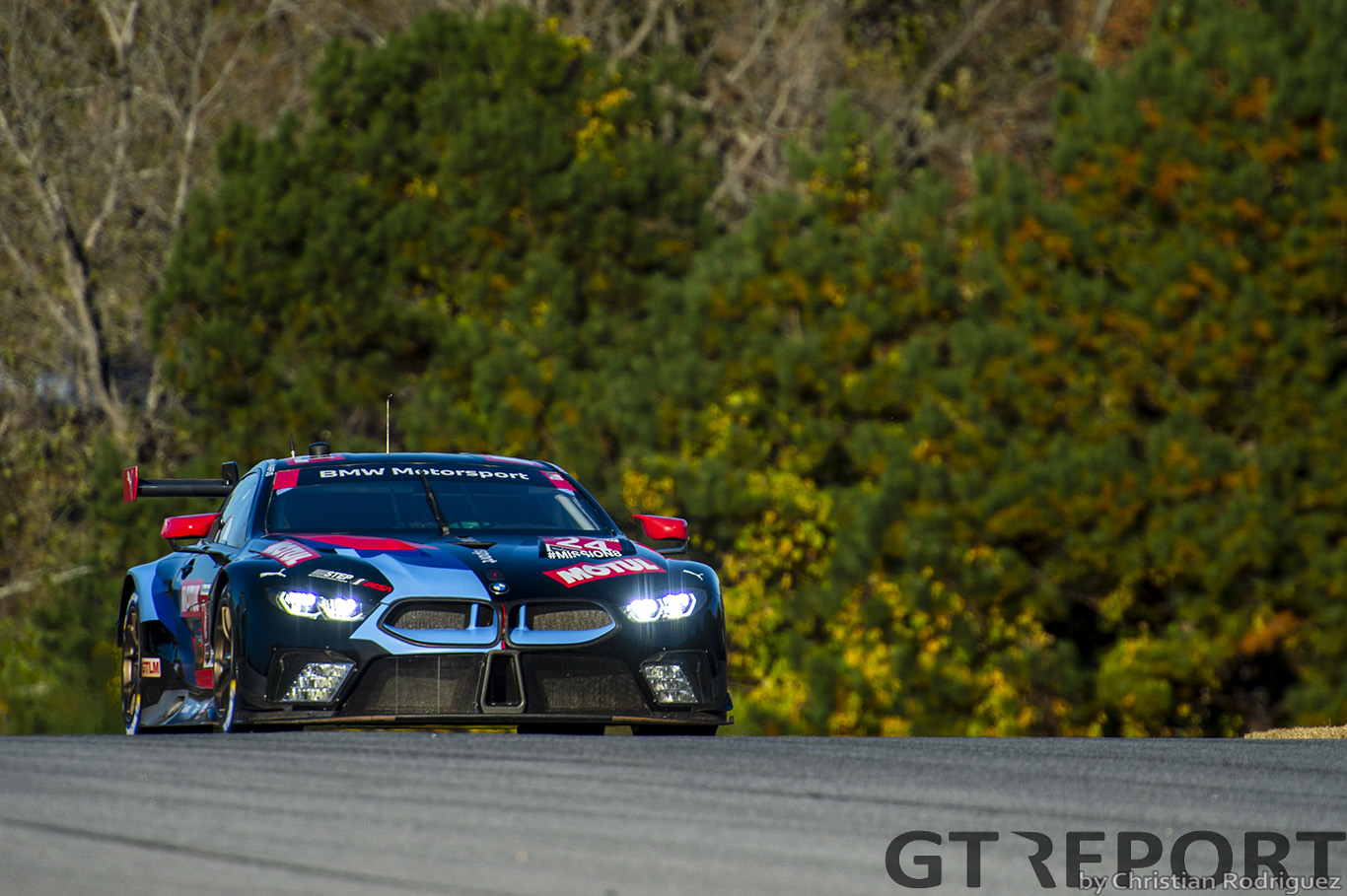 Probably as expected, GTLM proved to be a thrilling battle to see who would secure pole for the final time for the GTE-spec class, which is being replaced by the GT3-based GTD Pro category for 2022.

Matt Campbell was up in the hot seat first in the WeatherTech Racing Porsche 911 RSR-19, with the sister car of Fred Makowiecki in second with BMW and Corvette mixing it for the positions off the front-row.

That seemed to change quite quickly after though, sparked perhaps by Connor De Phillippi running off track at Turn 4 and filling his BMW’s grille with mud, grass and half an advertising board.

The disruption to the session’s rhythm benefitted his BMW Team RLL team-mate Krohn who pulled out a beast of a lap to go up to pole with a 1m15.226sec – 0.512sec clear of Campbell’s Porsche.

Antonio Garcia finished third for Corvette, with Makowiecki fourth. Nick Tandy took fifth in his final IMSA race – for now – in the Corvette he’ll be racing in WEC next year. De Phillippi didn’t get back out after his off, and he rounded out the GTLM field. 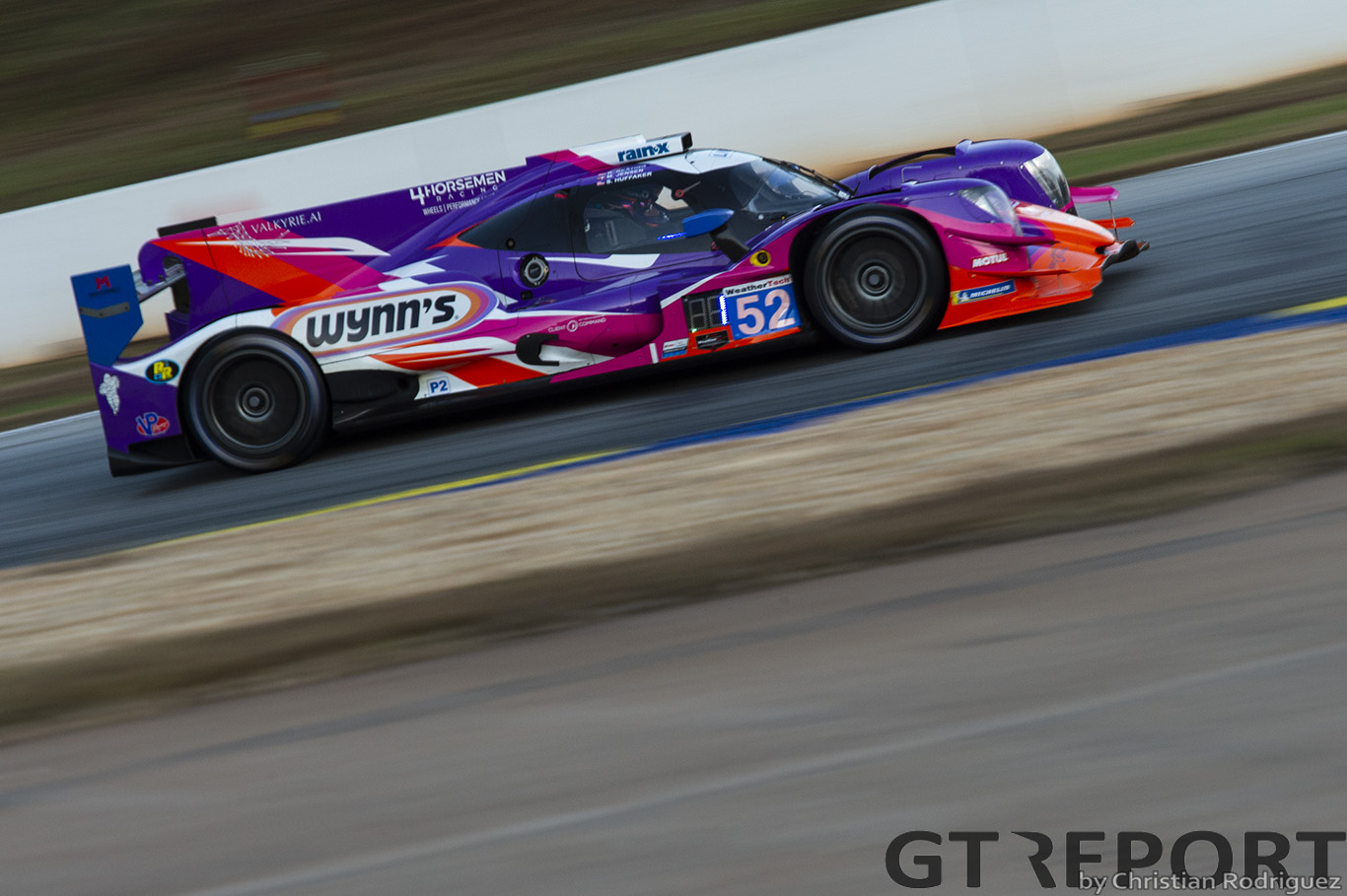 Ben Keating showed his rivals no mercy whatsoever as he qualified the PR1 Mathiasen Motorsports Oreca more than three-tenths clear of the LMP2 field.

From his very first lap the Texan, fresh off the Bahrain WEC double-header, was on provisional pole and – as the fuel burnt off – he kept lowering his benchmark as he really got into the groove.

Steven Thomas proved to be his nearest competition in the WIN Autosport entry, but even then he couldn’t really put in a serious challenge in a class that was pretty spread out – indeed it was on Keating and Thomas in the 1m12s. Dwight Merriman, racing for Era Motorsport, was third with a 1m13.070 – almost half-a-second slower than Thomas.

John Farano and James McGuire rounded out the class for Tower Motorsport by Starworks and United Autosports respectively. 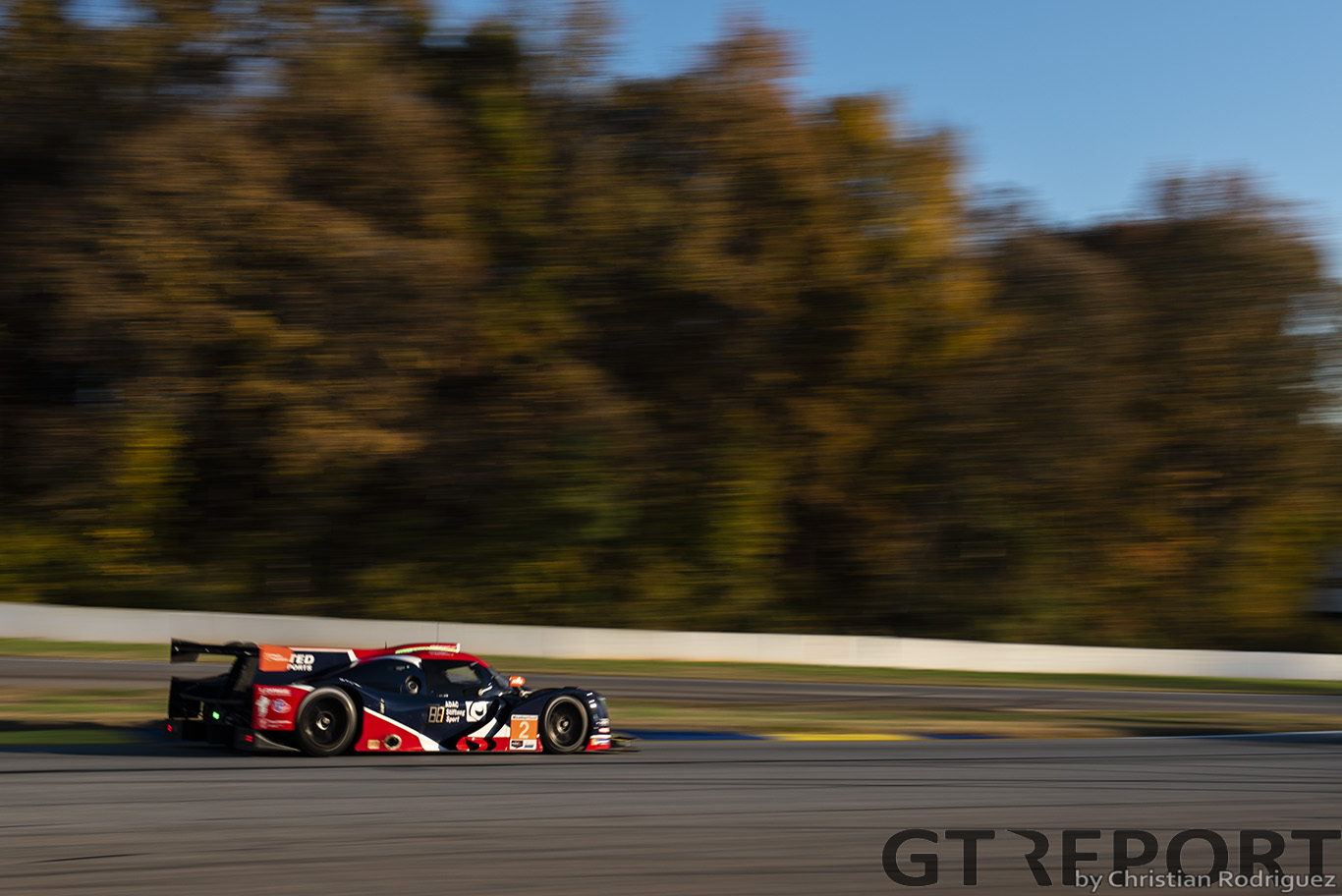 The final of the prototype classes brought out the only red flag of the entire qualifying session thanks to opening lap issues for both WIN Autorsport and Core Autosport.

That delay only made the action more fraught when the session went green again with a little over ten minutes remaining. Initially Rasmus Lindh was the man to beat as he hit the track running in the Performance Tech Motorsports Ligier.

However, he powerless to stop LMP3 powerhouse United Autosports from collecting another pole award as Niklas Krütten on his very final tour of Road Atlanta to pip Lindh by 0.086sec.

Third went to Jarett Andretti in the Andretti Autosport Ligier, and he’ll be sharing the second-row with another JS P320 as Jim Cox claimed fourth for Riley Motorsports. 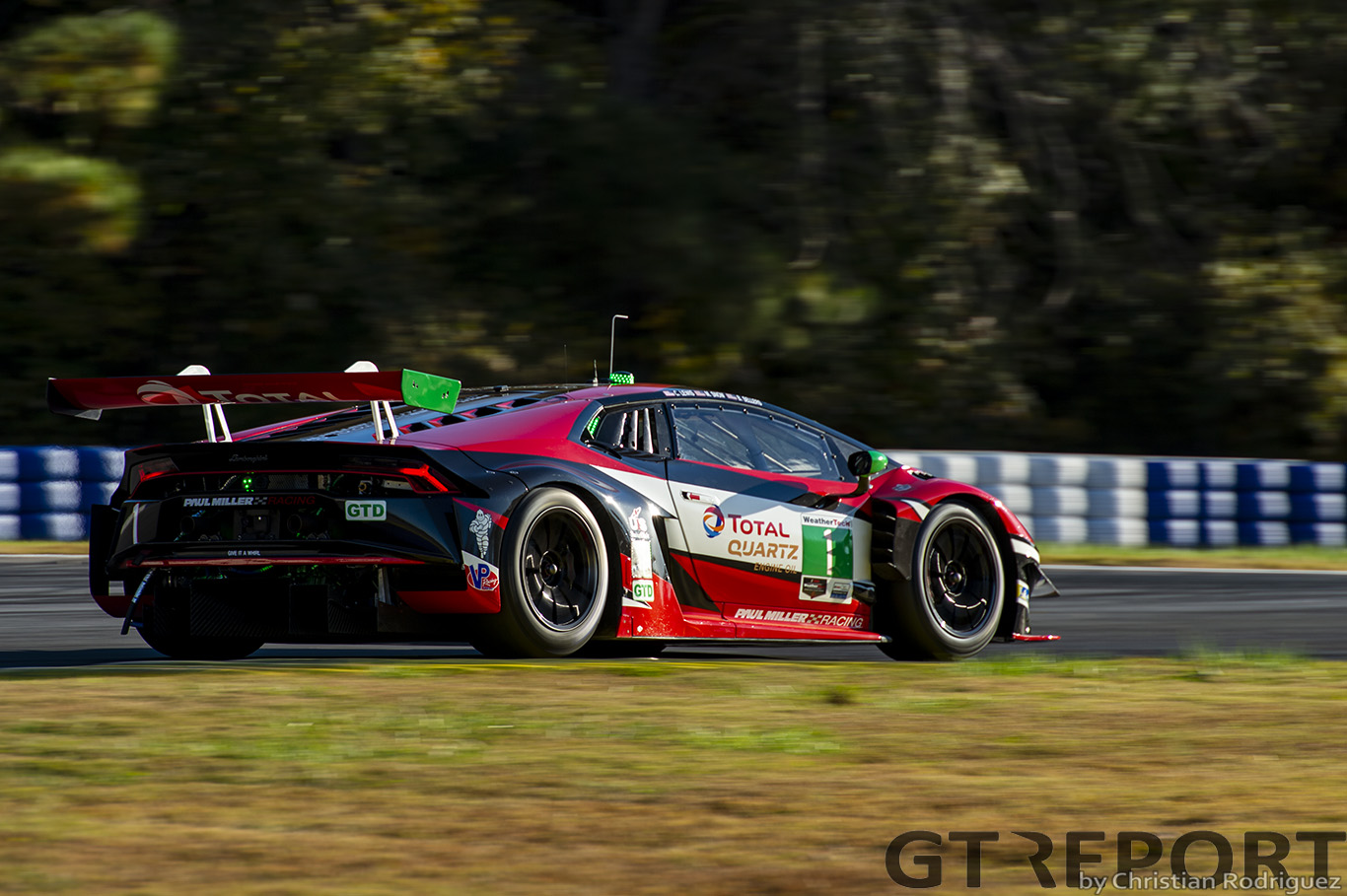 In the closest battle for class pole, Madison Snow swept his way to the top spot in his Paul Miller Racing Lamborghini Huracán GT3 by just 0.001sec.

Initially it was the Lexus RC F ran by Vasser Sullivan that led the way with Frankie Montecalvo putting down the marker ahead of Benjamin Hites in the NTE Sport Audi R8 LMS.

That order didn’t last too long though as Snow made tracks and found a new level of speed in the Lamborghini to set a 1m19.272sec to vault up to the top.

Despite setting that lap with a few minutes still remaining on the clock, he ended up not being unseated but Hites ran him close. Lighting up the timing screens, the Chilean looked on course to put a real serious challenge in for Snow but ended up short by less than a blink of an eye – a 1m19.273sec just 0.001sec off.

Highlighting just how close GTD battle turned out to be, Robbie Foley was 0.022sec slower than Hites as he took third for Turner Motorsports. Indeed, Aaron Telitz was fourth in the second of the Lexus RC Fs only 0.013sec slower, ensuring the entire top four was covered by only 0.036sec.

Fifth went to Montecalvo while Russell Ward took sixth in the HTP Winward Mercedes. It was a pair of Porsches behind as Trent Hindman powered the newly-replaced Wright Motorsport 911 GT3 R – the original written off in a crash in practice – ahead of the Pfaff Motorsport entry of Zach Robichon. 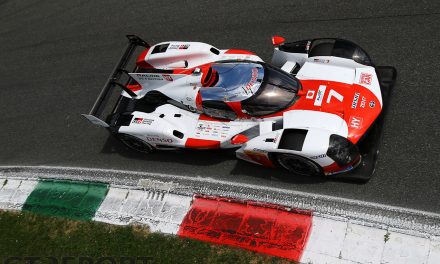 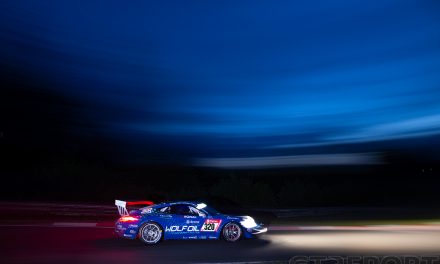