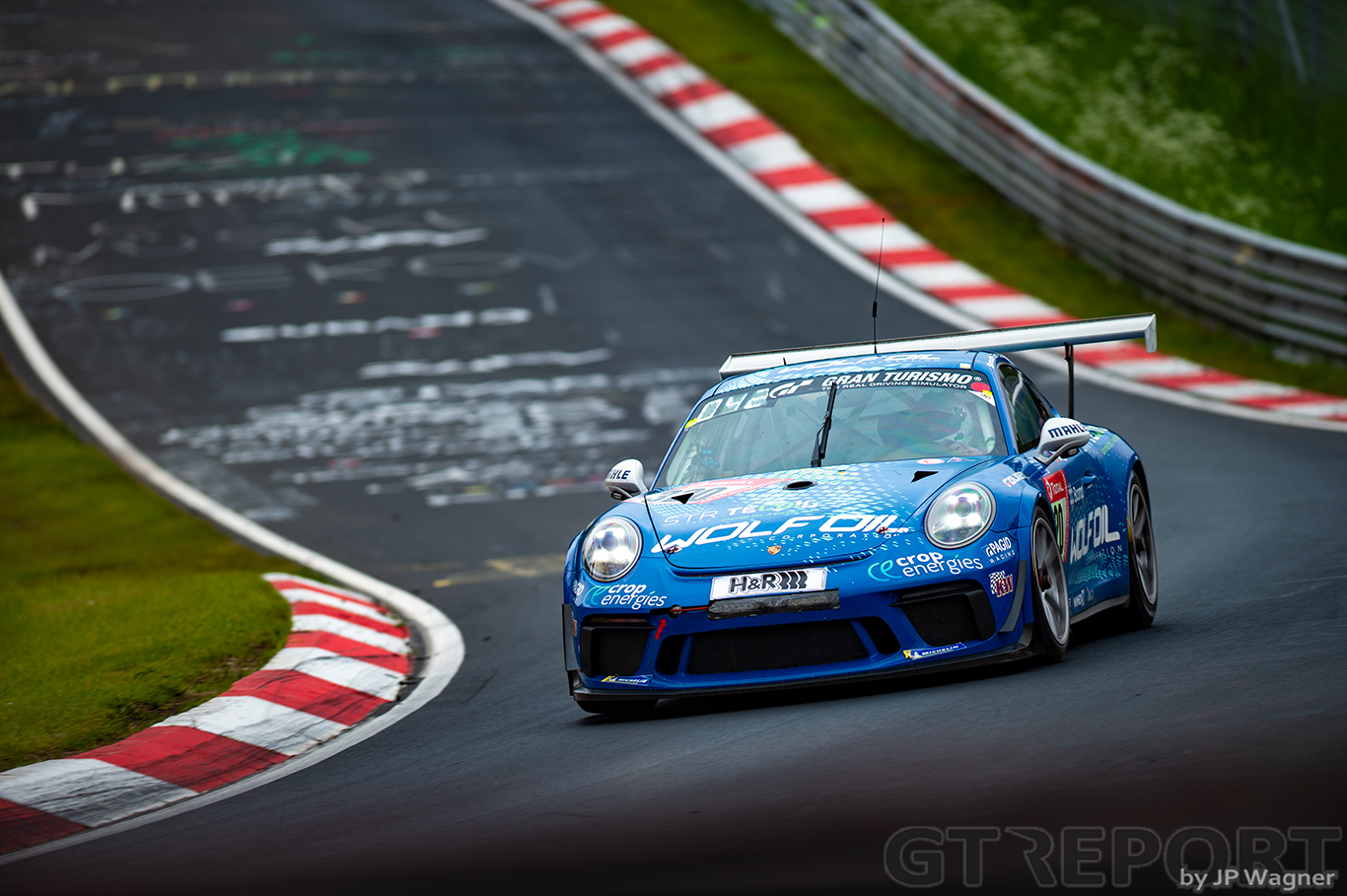 Thomas ‘Tommy’ Kiefer is back for his fourth Nürburgring 24 Hours with Four Motors. Last year, the #320 Bioconcept Car Porsche 991.2 GT3 Cup made it home in 45th. Now, with a new tyre supplier in Michelin, the Smudo-led team is aiming higher, but more importantly, to prove that environmental-friendly solutions for fuel, oil and lightweight body parts very much can go hand-in-hand with motorsports. Just like last year, Tommy joins Thomas von Löwis, Smudo and Charles Kauffman aboard the blue Porsche.

At the red flag, Thomas was leading the race in the AT class with a margin of minutes, in 51st place overall.

“I had the honour to drive the start. When we left the pitlane to the grid our car was on slicks — same as everyone at that time I think.

“Just moments before I jumped into the car some raindrops came down. Some hectic minutes began on the grid as lots of teams decided to put rain tyres on for the start. We did too — so I started the formation lap with a tyre that I’d never driven before.

“It was a bit weird because me and some cars around me, we were doing the formation lap on dry tarmac — with rain tyres on. But just after Hatzenbach it was already raining some and water on track further down. In fact, it took some laps before the heavy rain set in. I was a bit surprised that it took that long because it was extremely dark and light rain all the time, but there were still some dry sections on track.

“I had a good pace and felt comfortable in the car. When the crazy heavy rain started it was time for a red flag, in my opinion. I had three big moments where I got aquaplaning within a double yellow zone driving only 100kmh in a straight line — there was just too much water. Luckily I managed to stay on track and moved up from P47 to P32.

“The track began to dry up in the late afternoon, but lots of Code 60 Zones made it tricky out there. In the end the fog was just too thick which led to the red flag.” 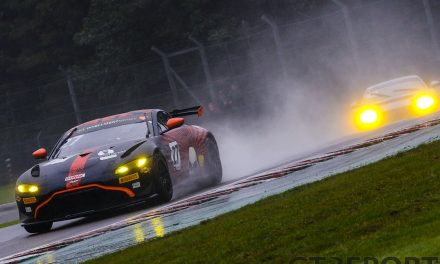 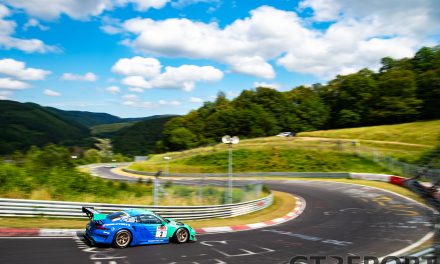